Crikey, if I don’t write about a walk within a day or two, it already starts being consigned to the vast wasteland that used to be my memory!

It’s only been a few days, but I’m already struggling to remember the outing. I do remember complaining about the long drive. I tend to forget how far it is from Blairgowrie to Glenshee; the part of my memory that’s selective thinks “just on the other side of Perth,” but the reality is much further than that.

But I’d been hankering to return to that side of the country, so I’d suggested this walk to David. We’d originally set out to do Ben Iutharn Mhor as well, as I’d done back in 2015, but a) my legs were done in by the time we reach Carn an Righ, and b) the cloud encompassed us and all the other tops as we sat on its summit, and c) time-wise, we’d be pushing it to get me home before dark.

It’s disheartening to have to return to tight time scheduling again already; the long summer days slip by so quickly! 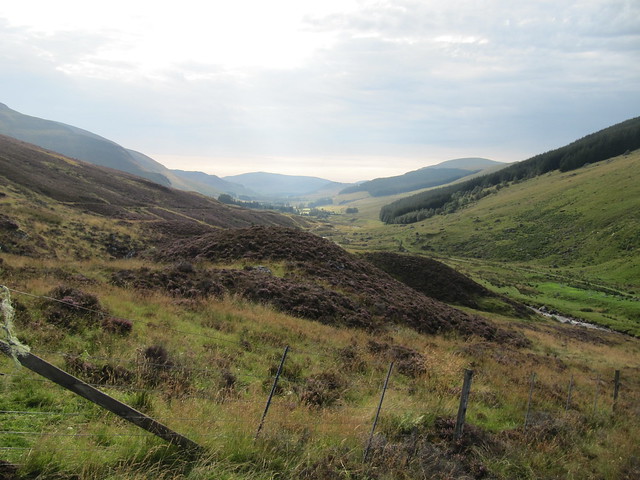 looking back toward the start point 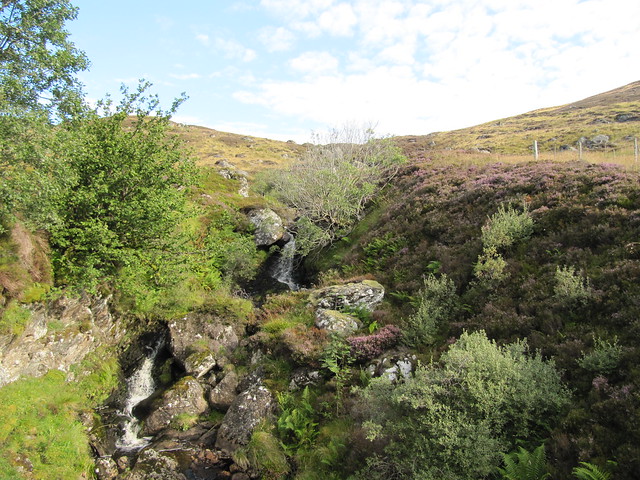 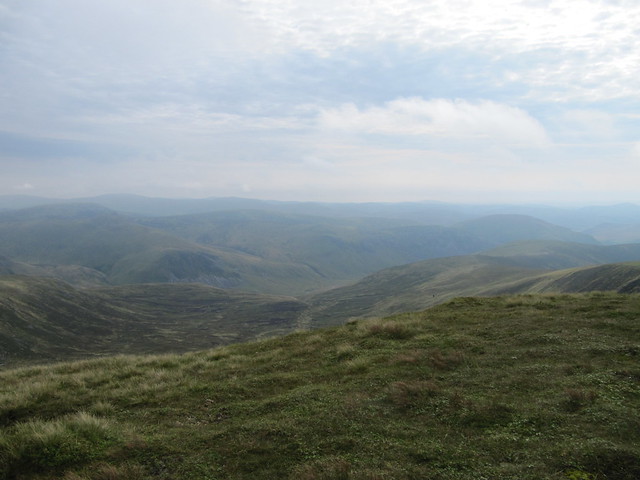 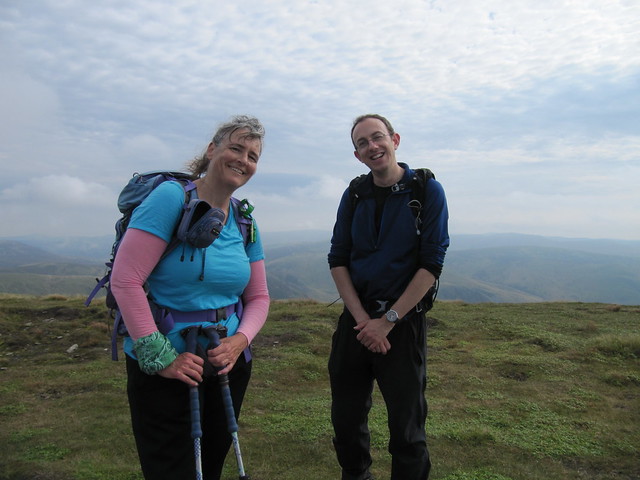 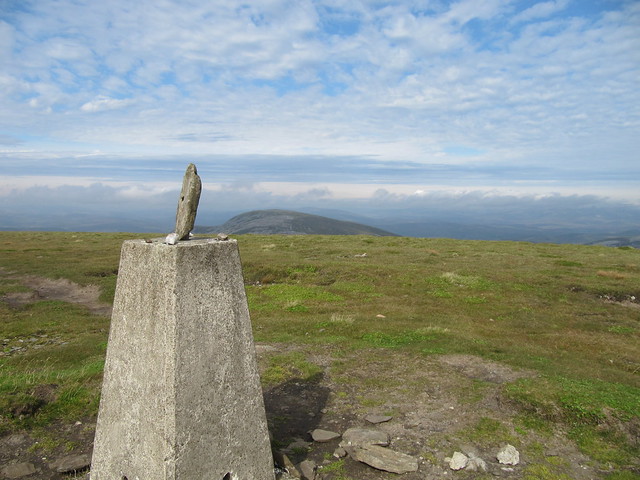 It was a long way to GT; much further than I remember. It was warm and still as we made our way up the ugly track, and the midges ensured that we didn’t stop for long. A land rover and an argocat had gone by as we made our way between the track and the old railway line, and we heard sporadic shooting down in the glen as we ascended. We stopped for a few minutes just below GT’s summit to have some food and enjoy the breeze. 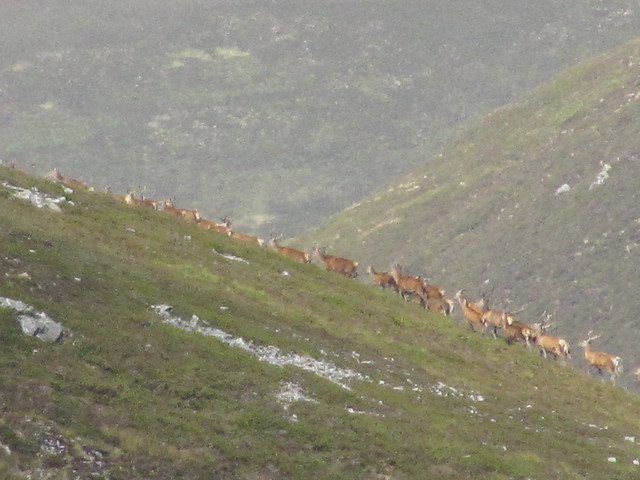 hunners of deer, in the distance (zoomed)

It was a long way to Carn an Righ as well. We paused on the way up to chat with “man with dog” who’d left the car park just ahead of us, but who’d progressed significantly faster, and who was now on his way down. It was cold and blowy, and, as I’ve already mentioned, the cloud swirled around us before we managed to get many photos. I was willing to wait for David at the Loch nan Eun, if he wanted to take on BIM as well, but he agreed that he’d had enough as well. 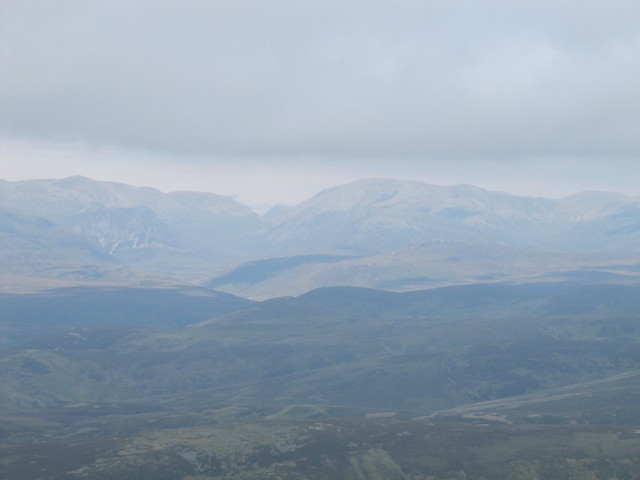 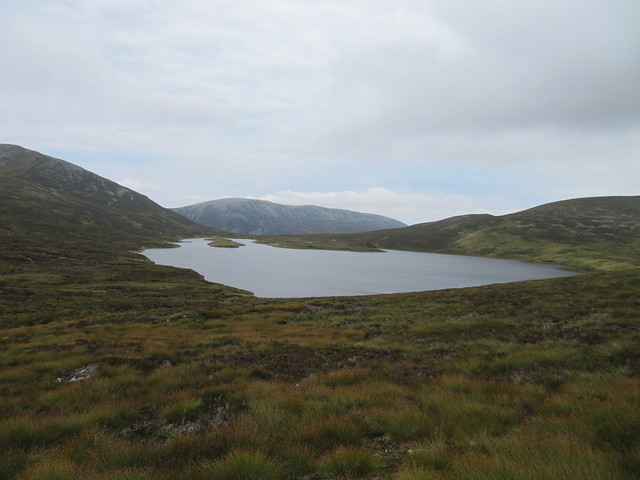 Loch nan Eun; An Socach behind

It was a long way to the loch, followed by several sections of steep and boggy descent along the burn, and then the long long walk through Glen Taitneach. 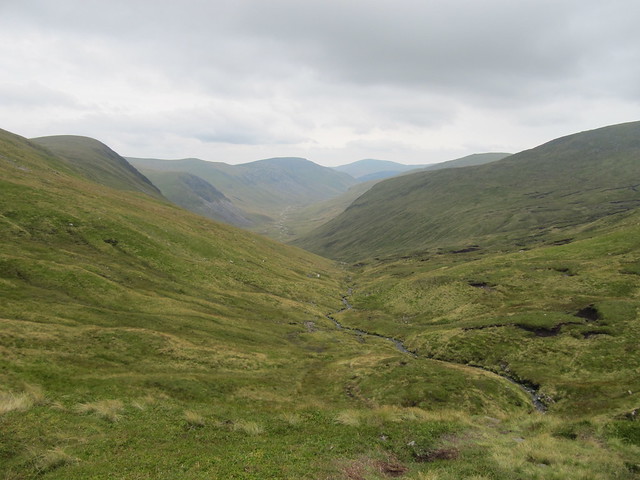 I was, to use Evie’s word, completely wrecked the next day. Yoga just about killed me, and even after an afternoon nap, I struggled to stay awake during book group. It wasn’t until the day after that that I felt even a little bit human again. (Hm, guess it’s a probably a good thing I didn’t have to work…)