Living in Fife means very few Munro's close to home, but nonetheless i've completed the 12 Munro's closest and i decided that i'd have a go at some wild camping to make it easier completing those further afield ,with a plan that i could try to summit a few over a weekend with a wild camp in between.
Anyway back to the start of the tail,never camped in my life be it wild or calm! On a whim (like most of my ideas says my wife!) i bought a Berghaus Peak 3 (£99 on Amazon!) went for the 3 as its ideal for 2 and my hiking mate will join me on some trips,gathered all the other bits and pieces required such as stove,sleeping bag,mat etc etc (small fortune later he's ready).

My first night of wild camping would be solo,so after much deliberation i decide to play it safe and set up camp near the summit of Ben Vrackie,thinking that its only 1.5hrs drive to Moulin from home and then a wee dander up the hill to set up camp and relax, with the backpack well and truly stuffed to the drawcords and slung on my back i leave the car park behind the pub, and set off up the road passed the main Ben Vrackie car parks that are full,probably around 3ish in afternoon,leaving plenty time ahead.

After a 5-10 minutes i really start to think about this extra weight im not used to carrying, making me breath heavier,and much sooner into a hike than normal ,anyway i press on as no way i'm going back home to tell the wife my bags to heavy because i've bought to much/the wrong stuff/packed the bag wrong, She would revel in that for months if not years!.
I pass a number of others on the gentle trail at the up the path,and then they overtake me as the path becomes steeper on the stepped section just after the lochan, my legs feeling heavy and lungs over inflated.
I had thought about setting up camp on the banks of the lochan originally with a plan to leave my bags inside the tent then dash up to the summit and then back to tent to relax,but the banks were water logged and not much in the way of flat areas to be found,so onwards and upwards,eventually reaching the top and enjoying the views.

I then found a decent spot to camp just down from the summit around 20 meters or so and sheltered enough from the winds,what was more of problem was the sheep poo everywhere! didn't want the door opening onto any piles of poop,found a stick and flicked some out the way.

Set up and settled in no time,tent was a doodle to set up,stove on and wayfarer pasta and spicy sausage consumed,feeling content i looked forward to a good sleep,which for the most part it was except from me hearing what i thought was voices around midnight,mind playing tricks on me...or was it the hip flask of Kilchoman that i had enjoyed.

I woke to a misty and dreich Sunday morning,brewed a coffee,packed up and set off back down,losing count the number of times i almost went head over heels on the slippy stone steps,only passing 1 couple on the way ,but it was around 8 am on a dreich Sunday morning,arrived back to the car and what a relief it was to get the backpack off my back,boots off and my trainers on for the hour and half's drive home,telling the wife and kids it was great and everything i had purchased was ideal and that i had no troubles at all

So what did i learn.....
1.Ben Vrackie was tougher than i thought with all the gear on my back 2.More consideration to the weight of items in bag and ensure heaviest at the bottom to prevent over balancing 3.You may never find the ideal camp spot,so being able to set up camp quickly is key especially if the weather turns for the worst.

All in all it was a valuable and enjoyable first camp,and i'm glad i decided not to be over adventurous first time out, (had thought about Stuc a Chroin) ,i will be better prepared for next time and making me think more about the weight i carry and the weight im carrying!,plan on losing a few pounds from bag and body for next wild camp 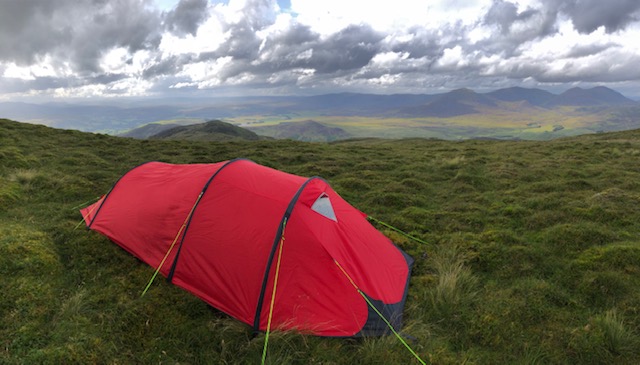 I'd thought about camping on Ben Vrackie, and then worried there might be nowhere suitable near the summit. Then thought about camping on West Lomond, but seem to remember it as a bit sloping. Currently trying to persuade husband to camp on Benarty, because I'm SURE the summit area is flat. But he wants to know why, as he hated all the camping we were forced to do to bag some of the more remote hills. When I say "To catch the sunrise," he reminds me that we can do that from our front window.

So where is your sunrise? I need it. 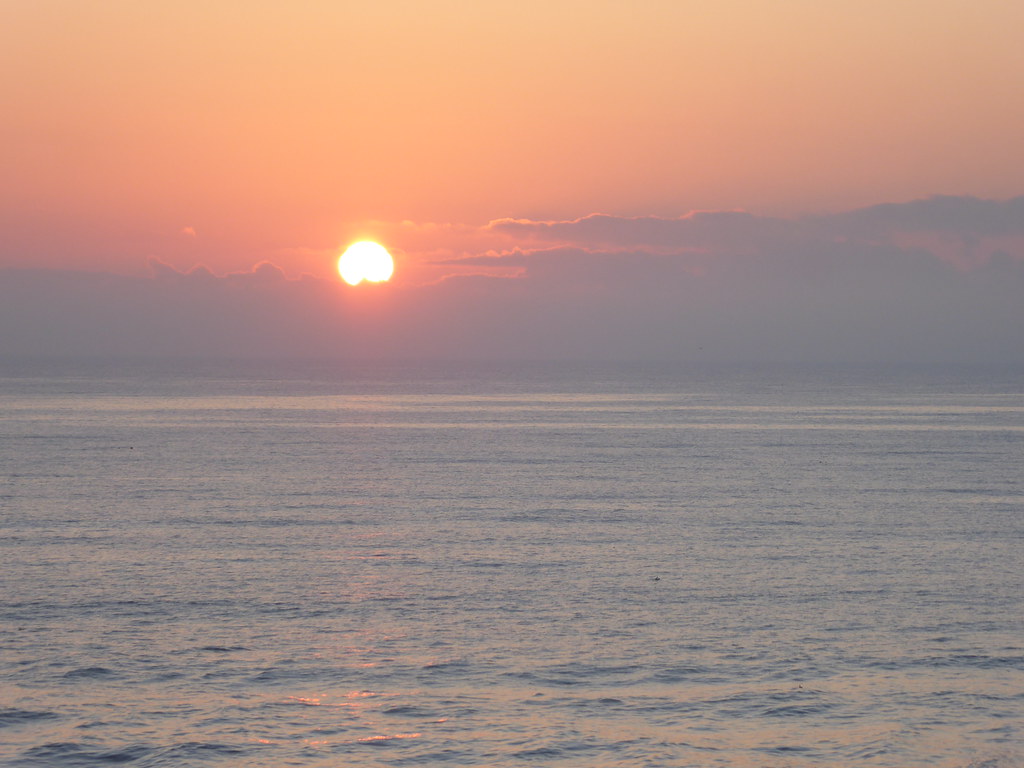