Parked in the Beinn Eighe visitor centre car park on the SW shore of Loch Maree. Took the southerly path up past the viewpoint cairn.


Torridon R-SB&MaG 14jul2019.gpx Open full screen  NB: Walkhighlands is not responsible for the accuracy of gpx files in users posts 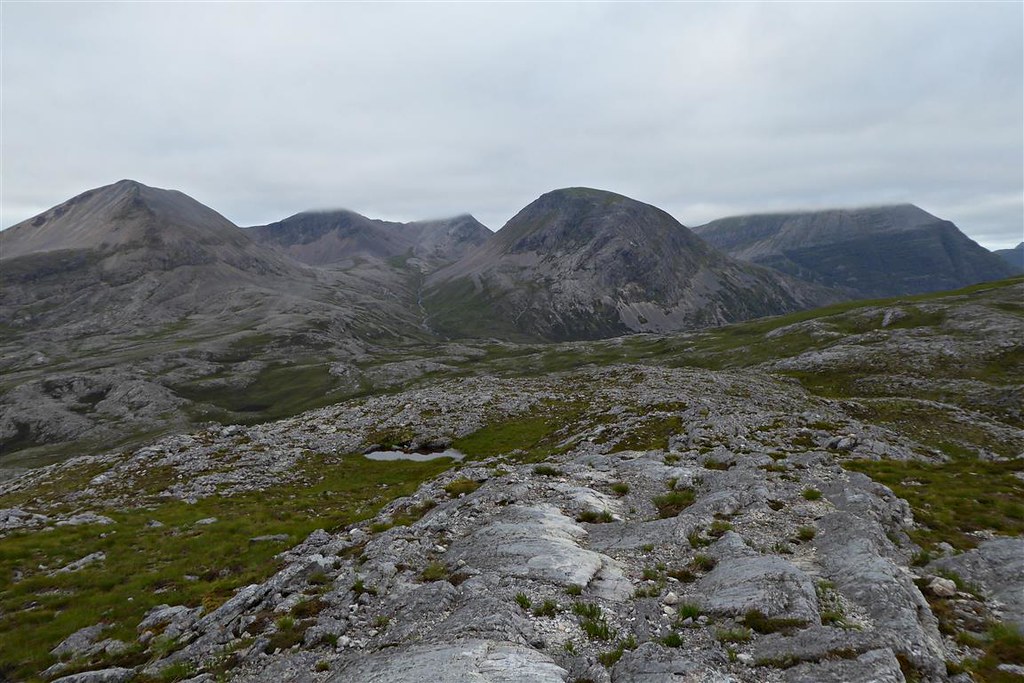 Then SW crossing the path from Anancaun and followed the Allt Loch an Tuill Bhain in a SW direction before heading up the southern flank of Ruadh-stac Beag. 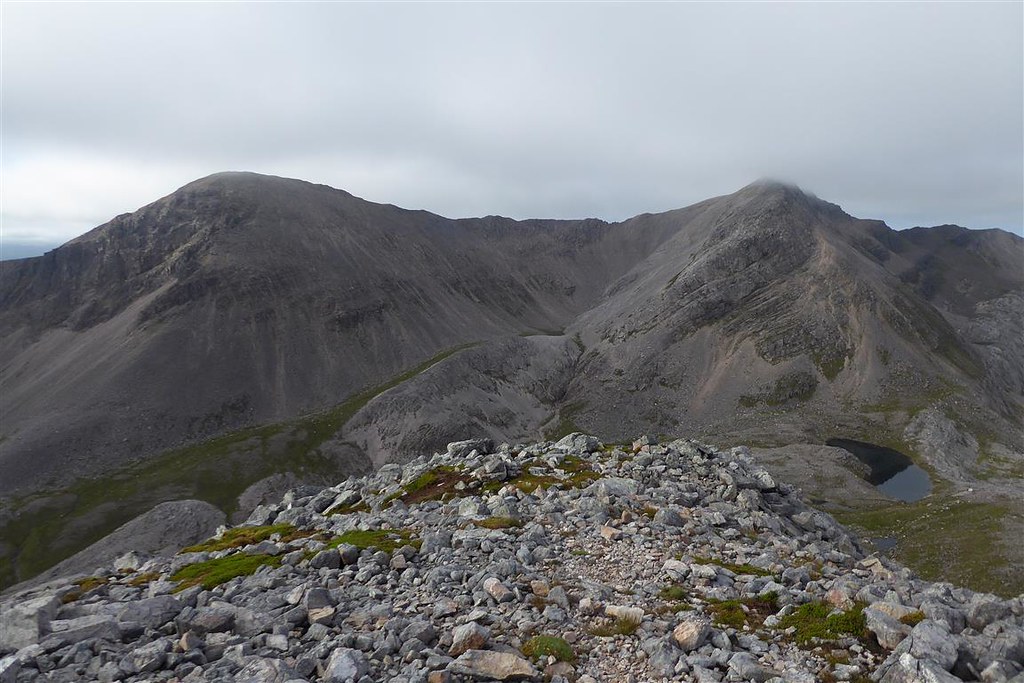 Low cloud on the surrounding hills from the summit. 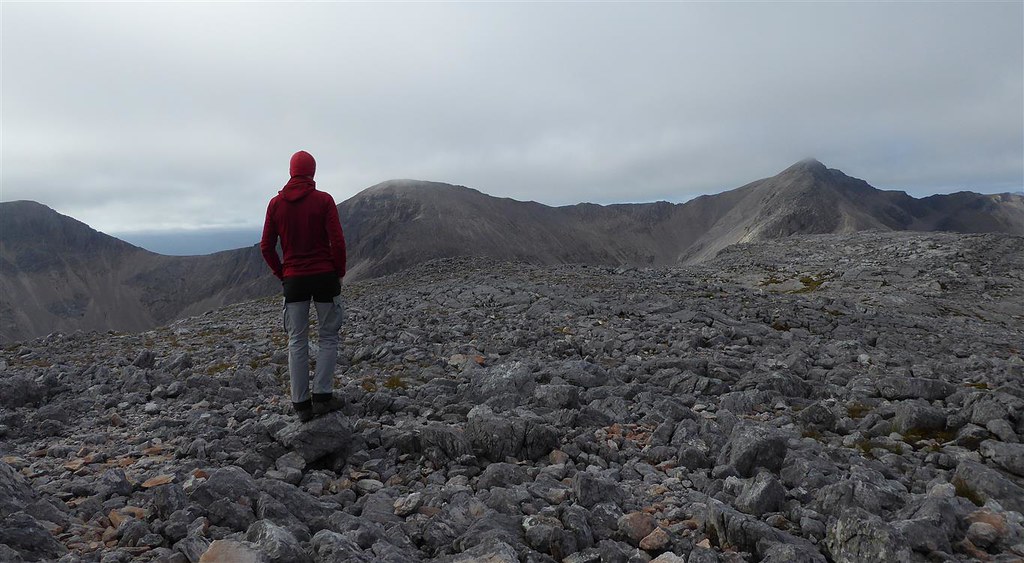 Retraced steps back down by the Allt 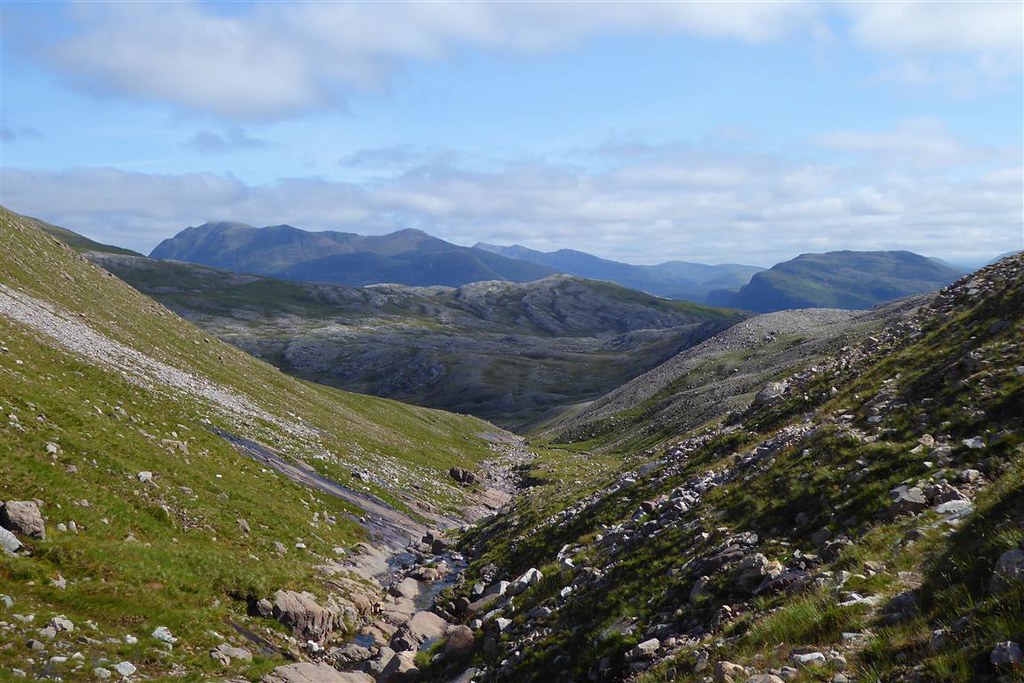 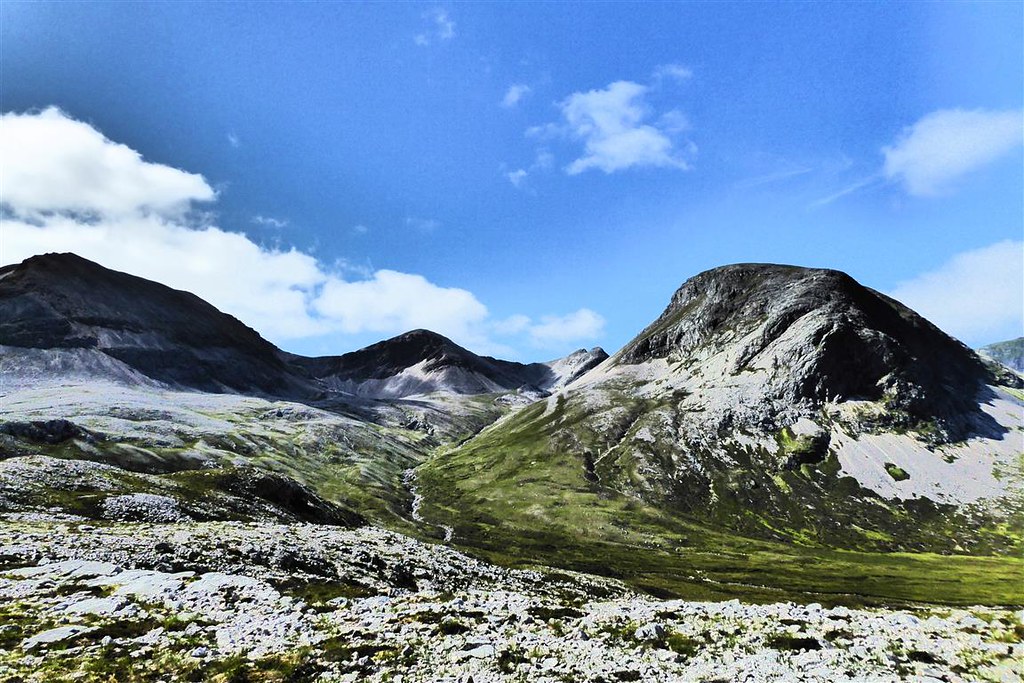 Then headed NW up Meall a' Ghiubhais. Weather had improved by this point. 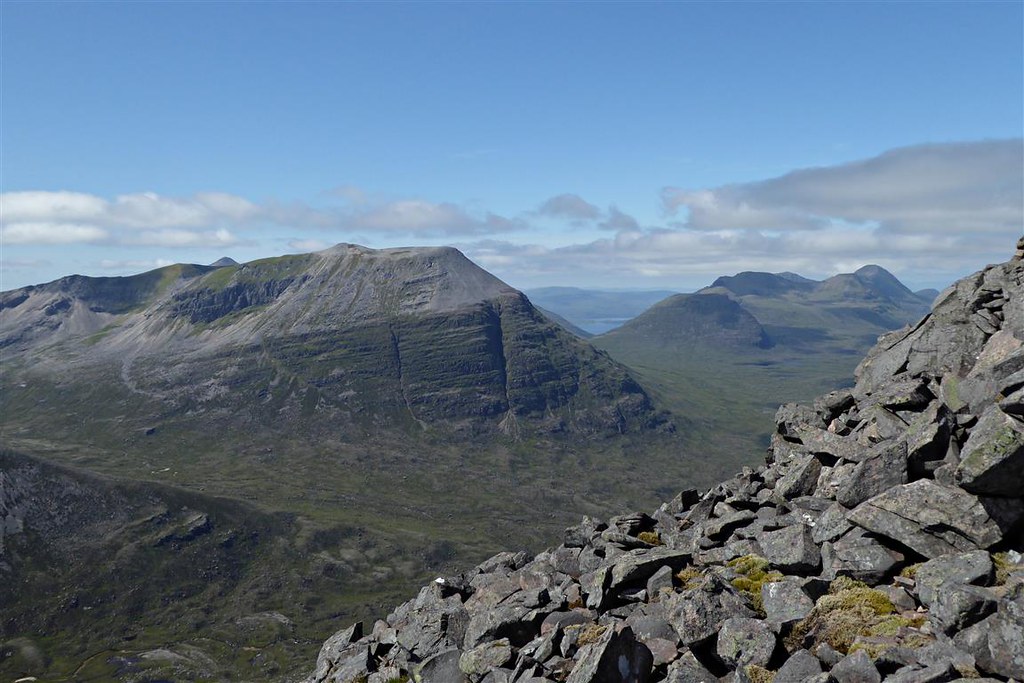 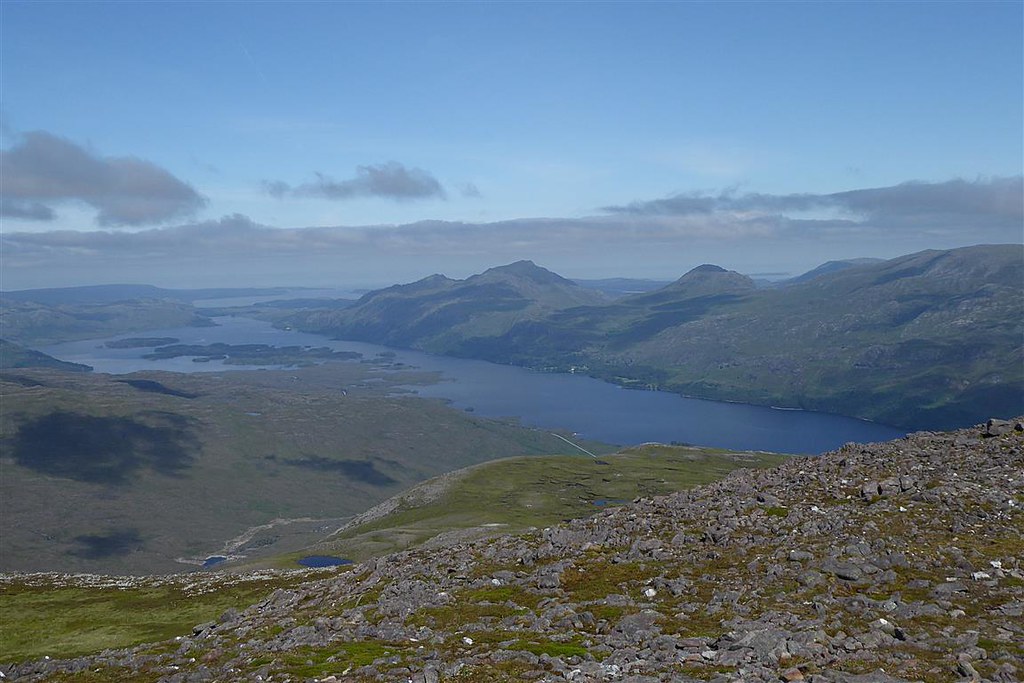 Returned to the car park via the more northerly of the two tracks. 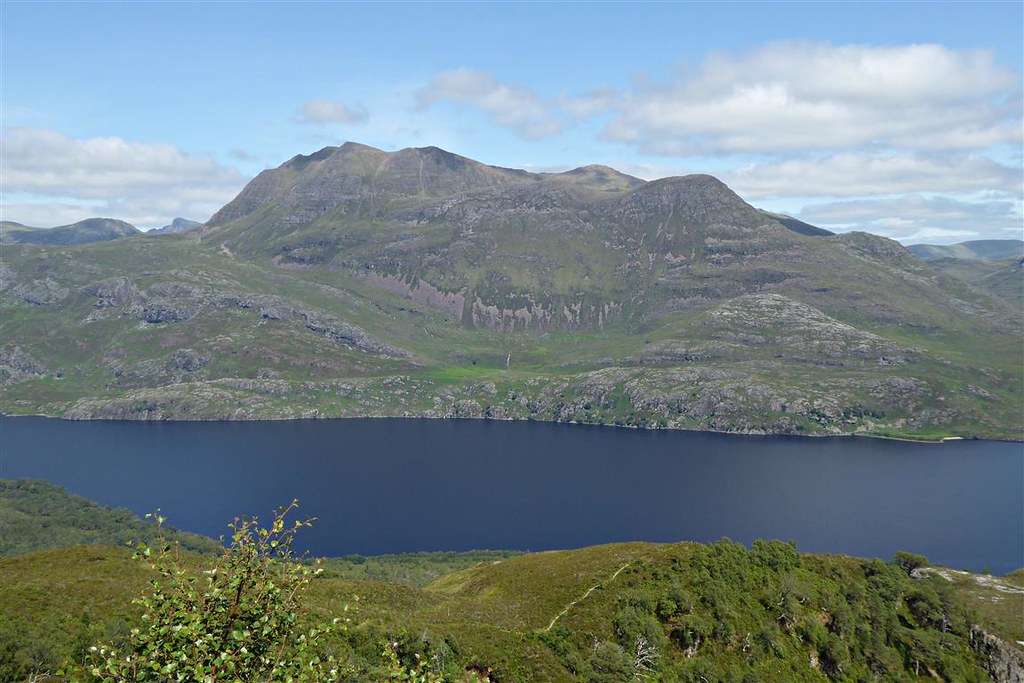 Still plenty of time left in the day so drove round to the Torridon Hotel and Activity Centre car park. Crossed the road and followed the track up Beinn Damh.


Torridon Damh 14jul2019.gpx Open full screen  NB: Walkhighlands is not responsible for the accuracy of gpx files in users posts

Looking back towards Torridon 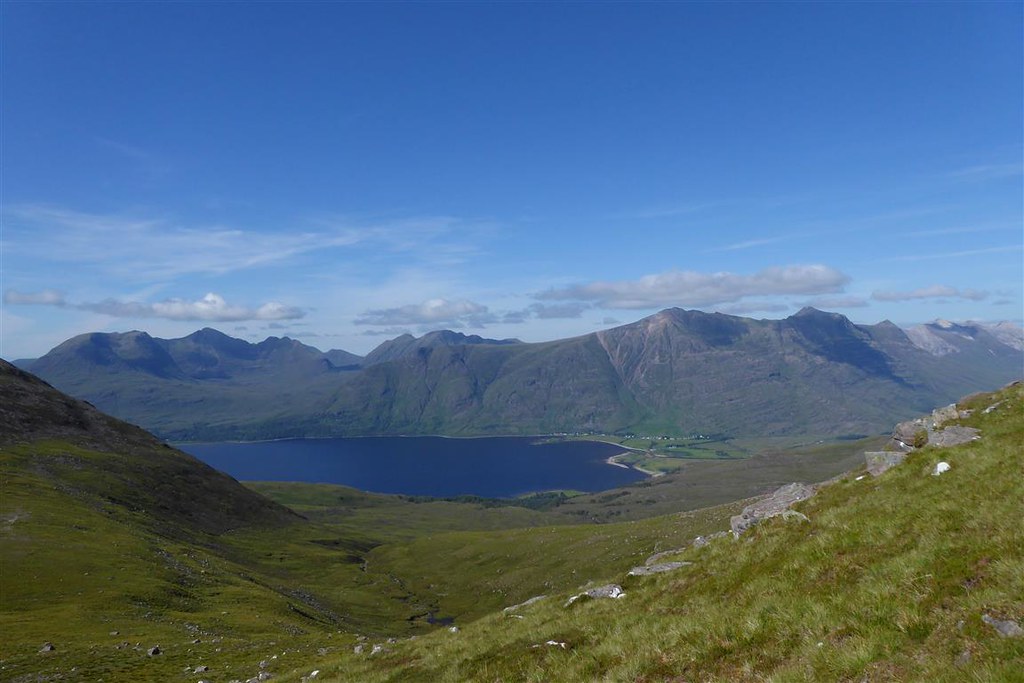 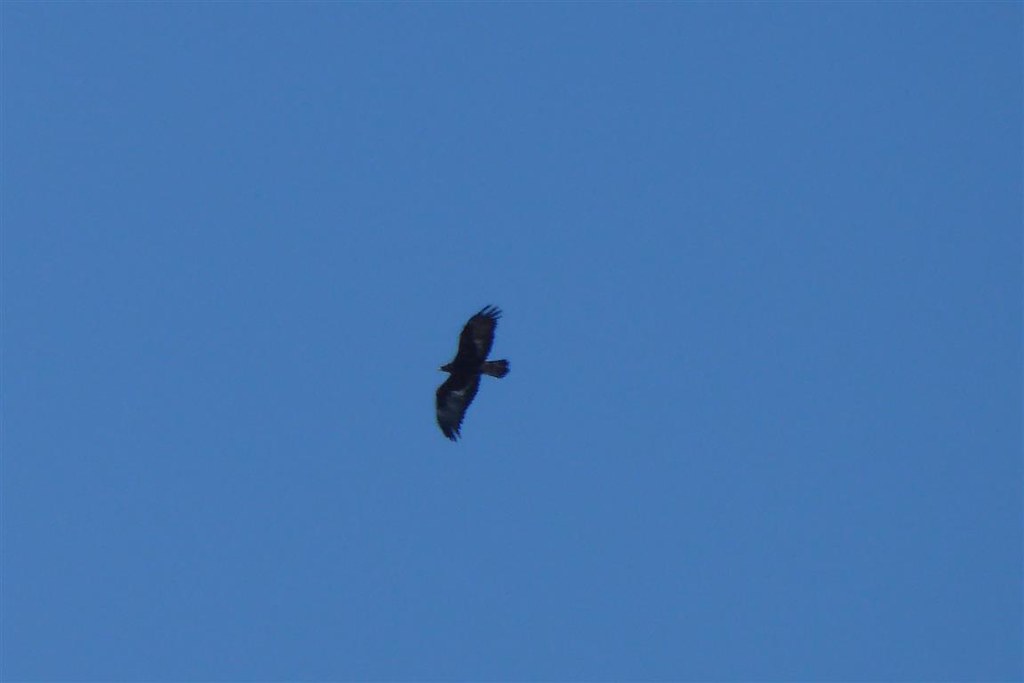 Looking towards the final section 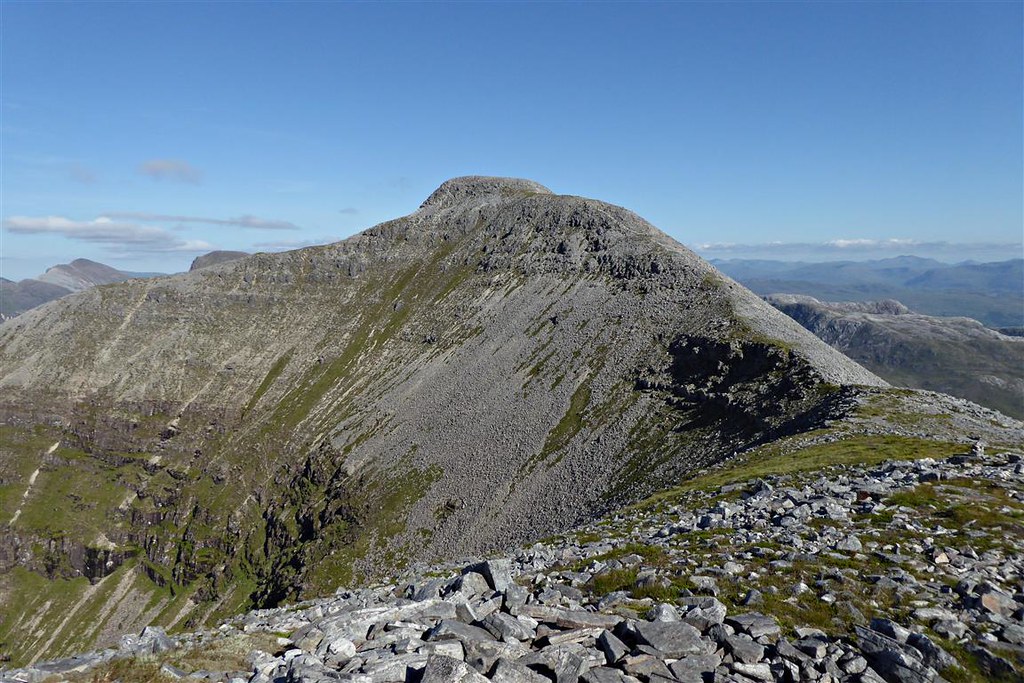 The weather had improved significantly since the morning at the top. 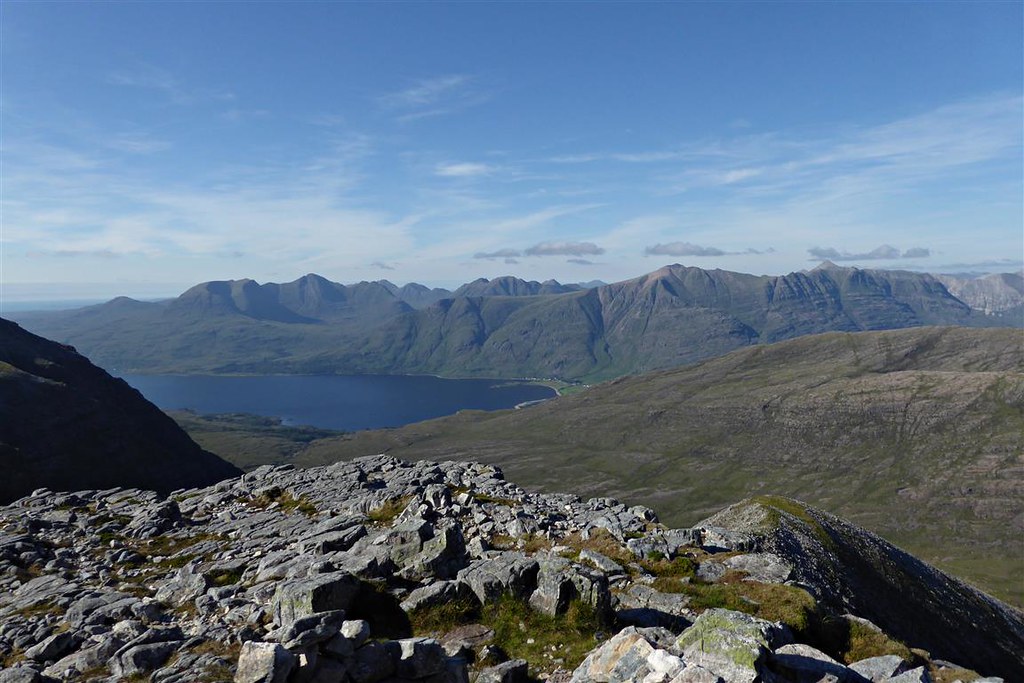 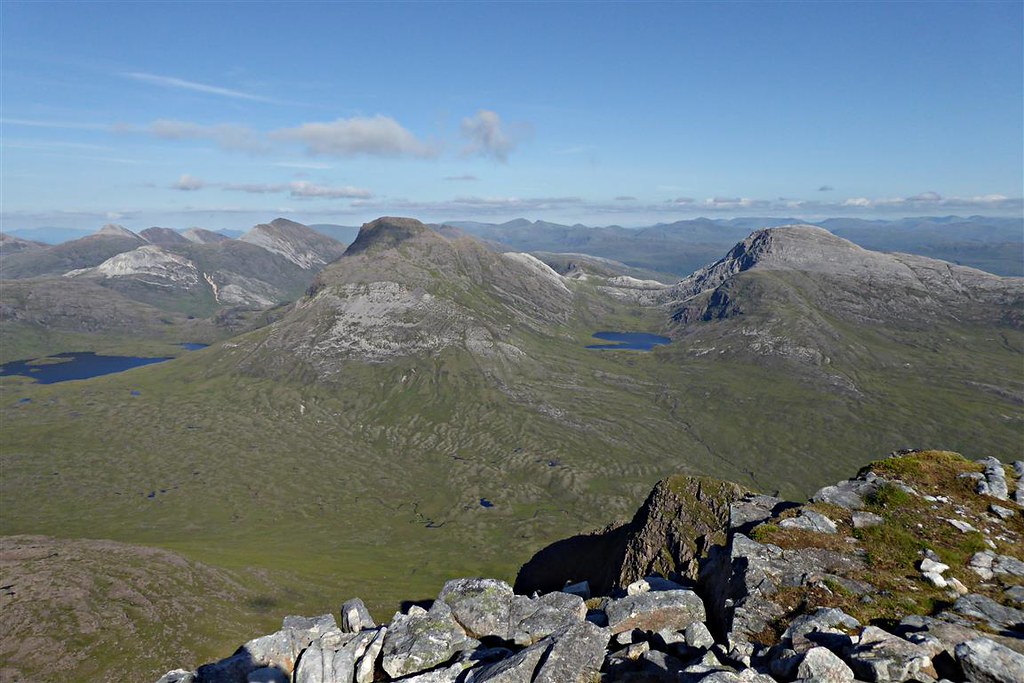 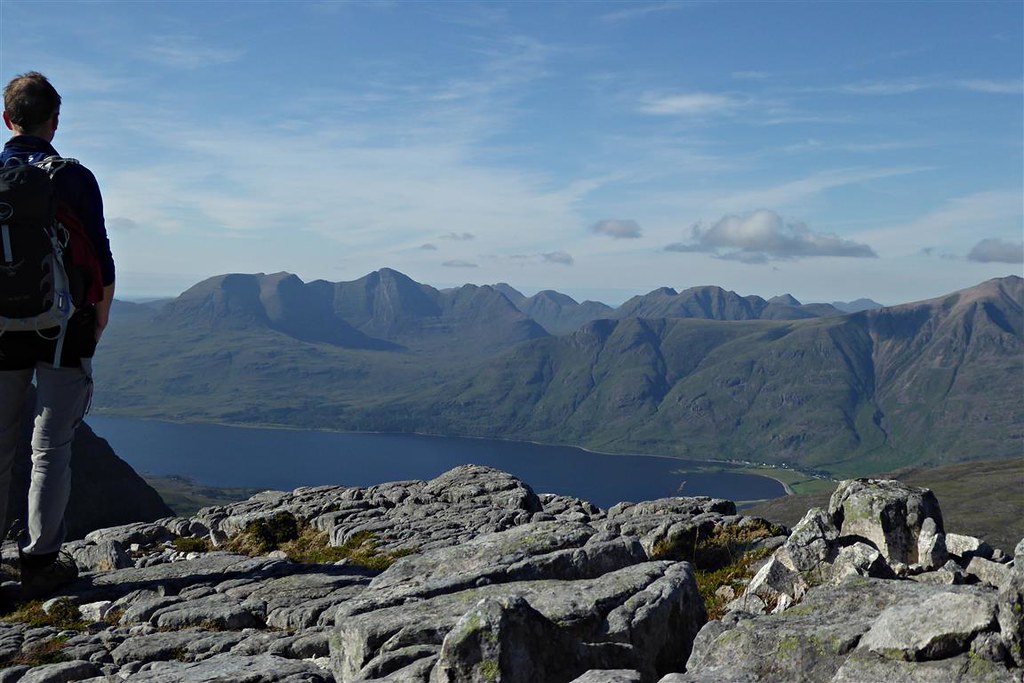 Returned by the same route down to the car.

Parked in the car park just up from the Ling Hut. Walked a little to the east along the road then crossed and picked up the track which heads down past Lochan an Iasgair.


Torridon SnLU&SD 15jul2019.gpx Open full screen  NB: Walkhighlands is not responsible for the accuracy of gpx files in users posts 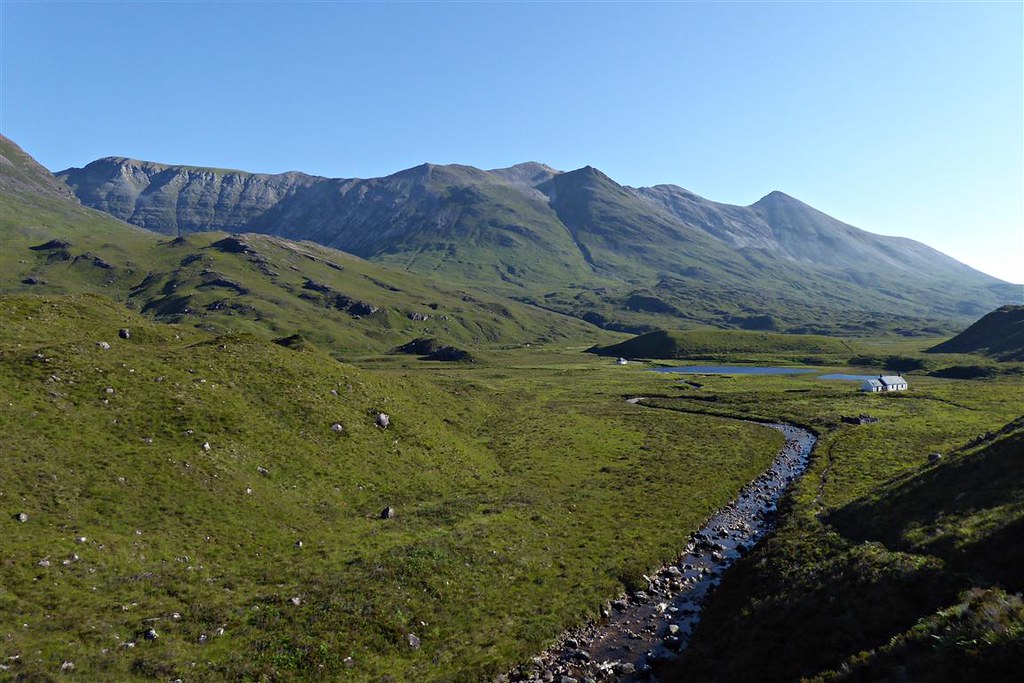 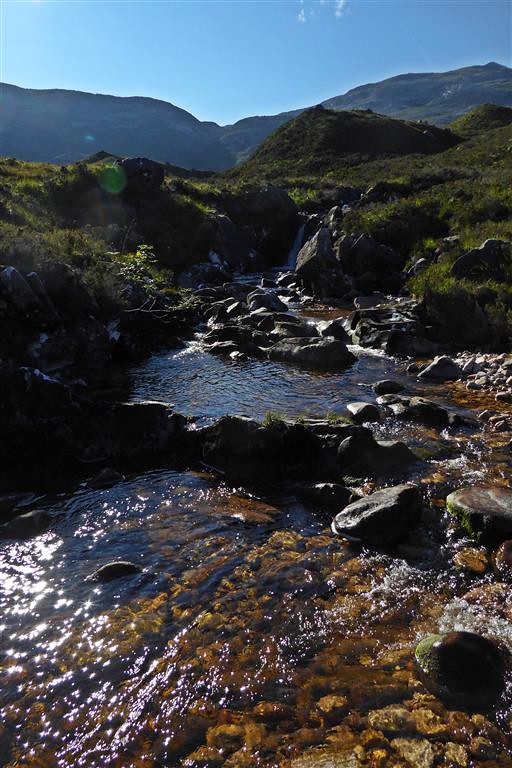 More or less due east upwards to the summit 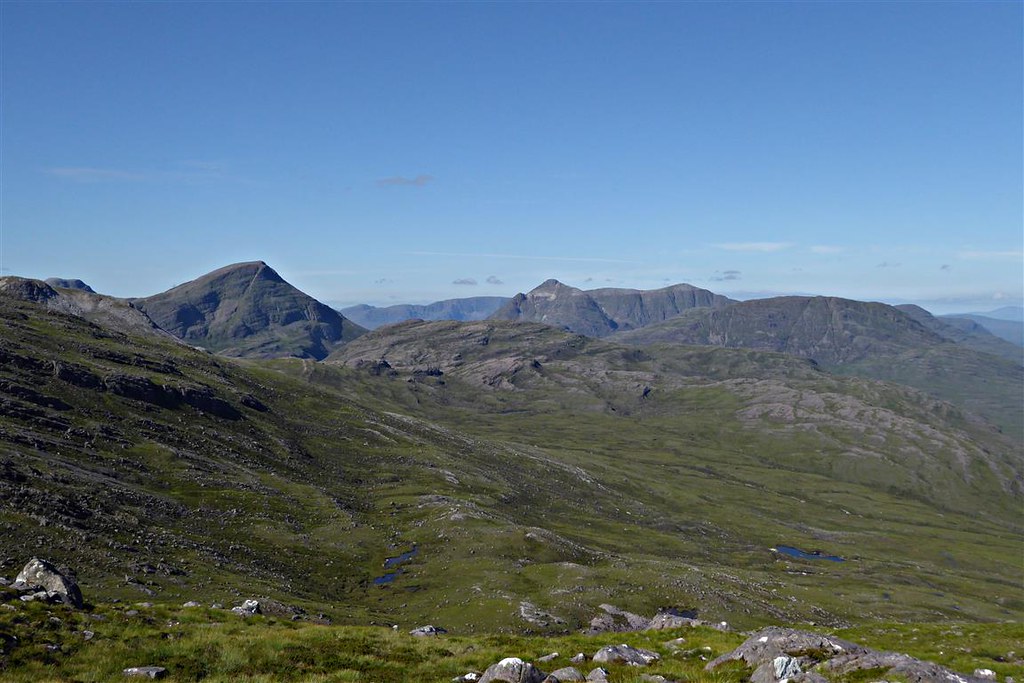 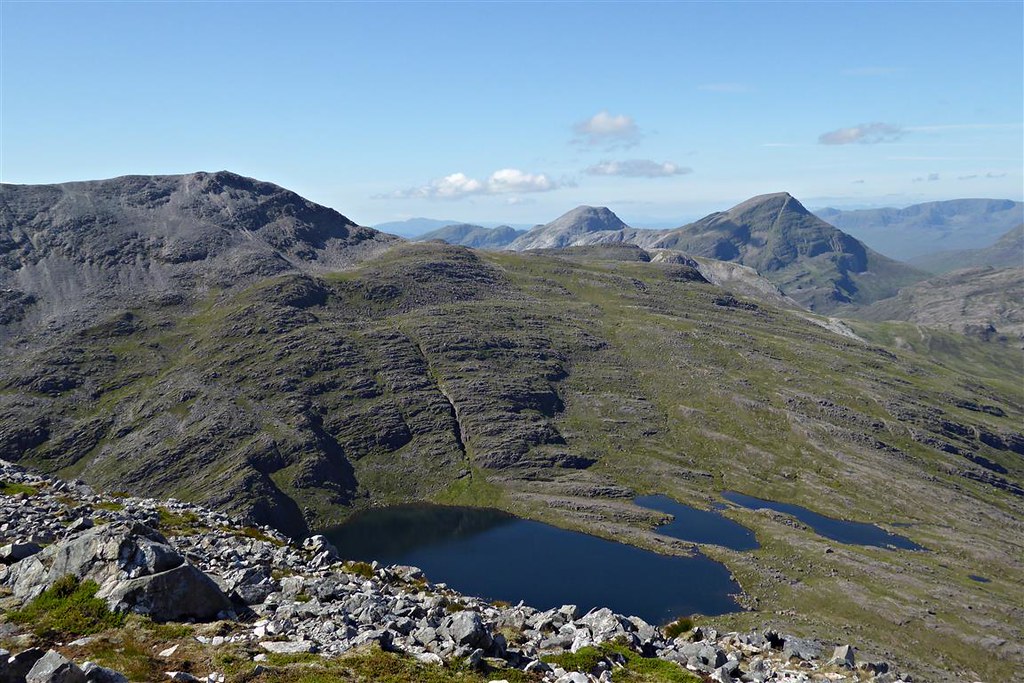 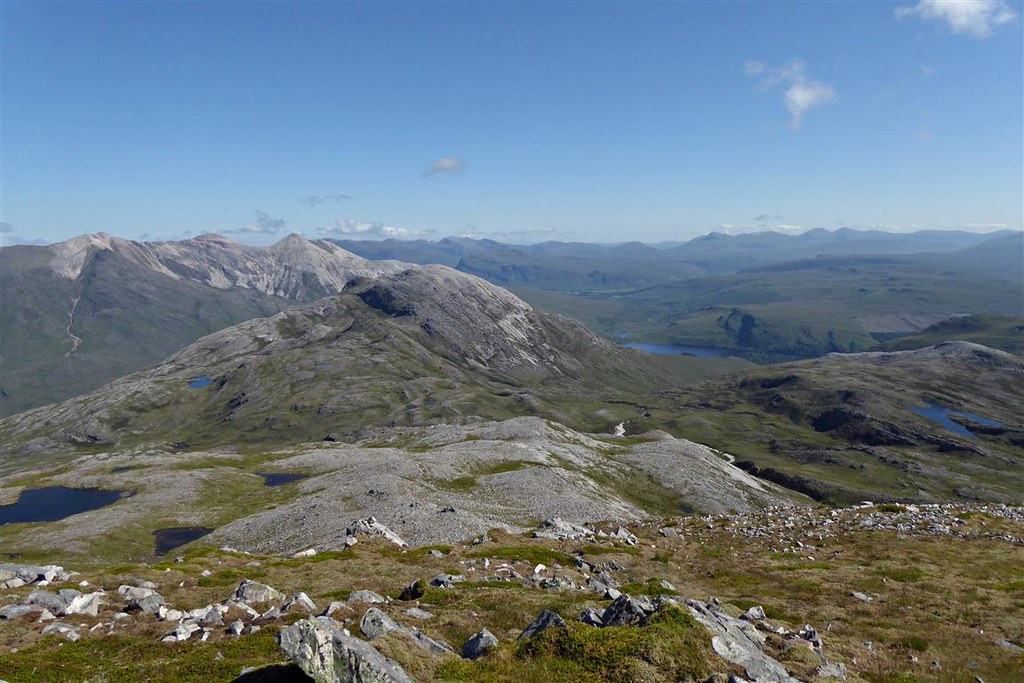 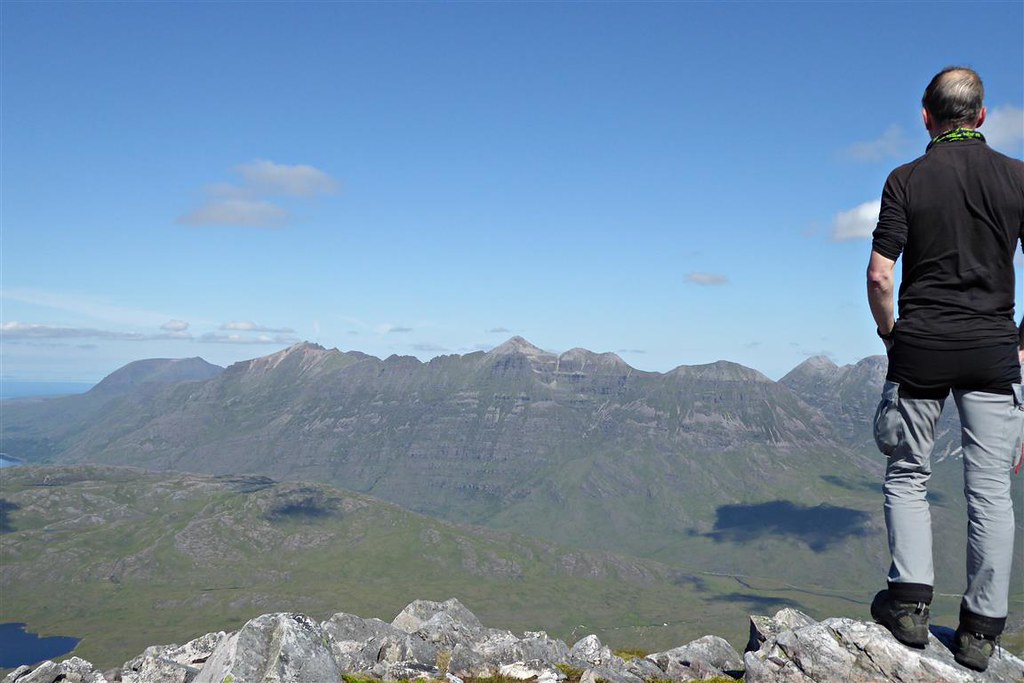 Set off towards Sgurr Dubh. Complicated ground in places with lots of lochans. Was happy that visibility was good. 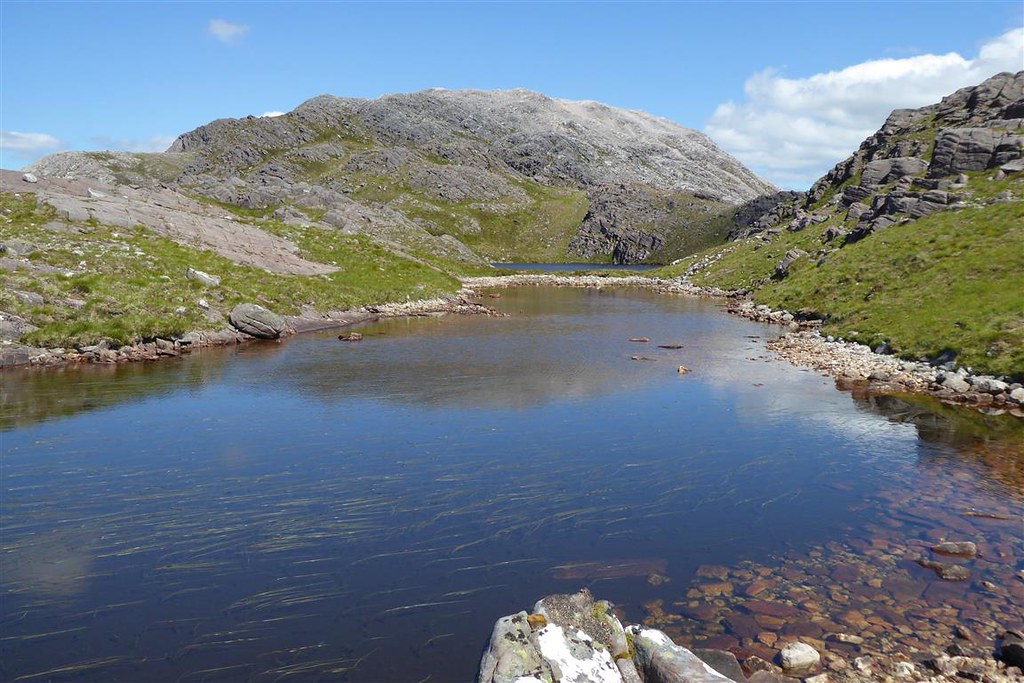 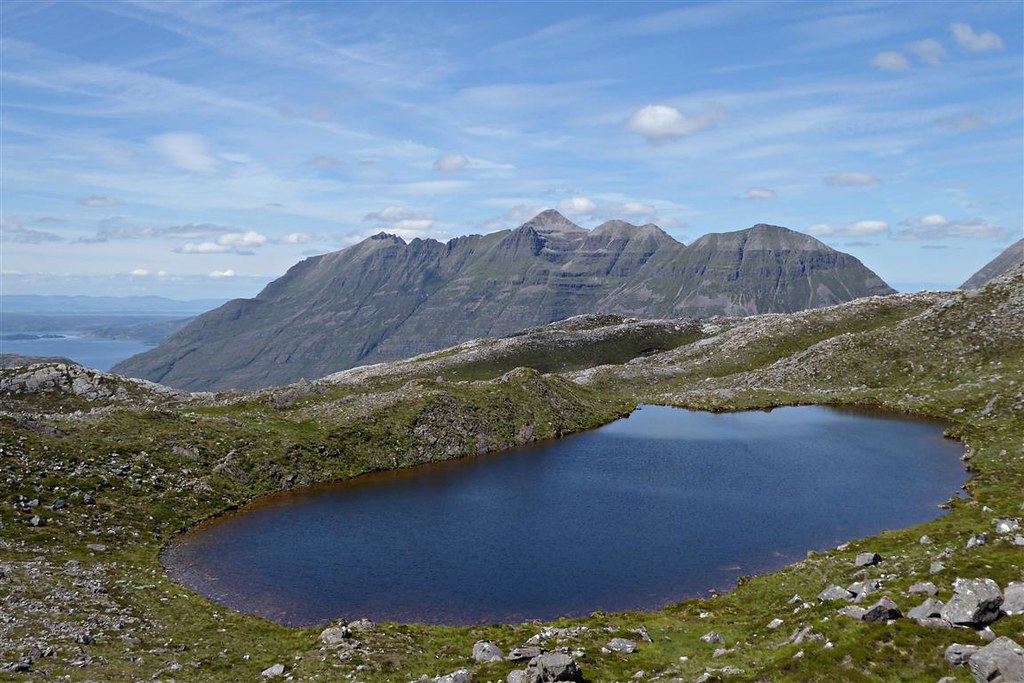 Mother ptarmigan doing the “broken wing” as her chick scarpered in the opposite direction – she couldn’t tell that I was harmless. 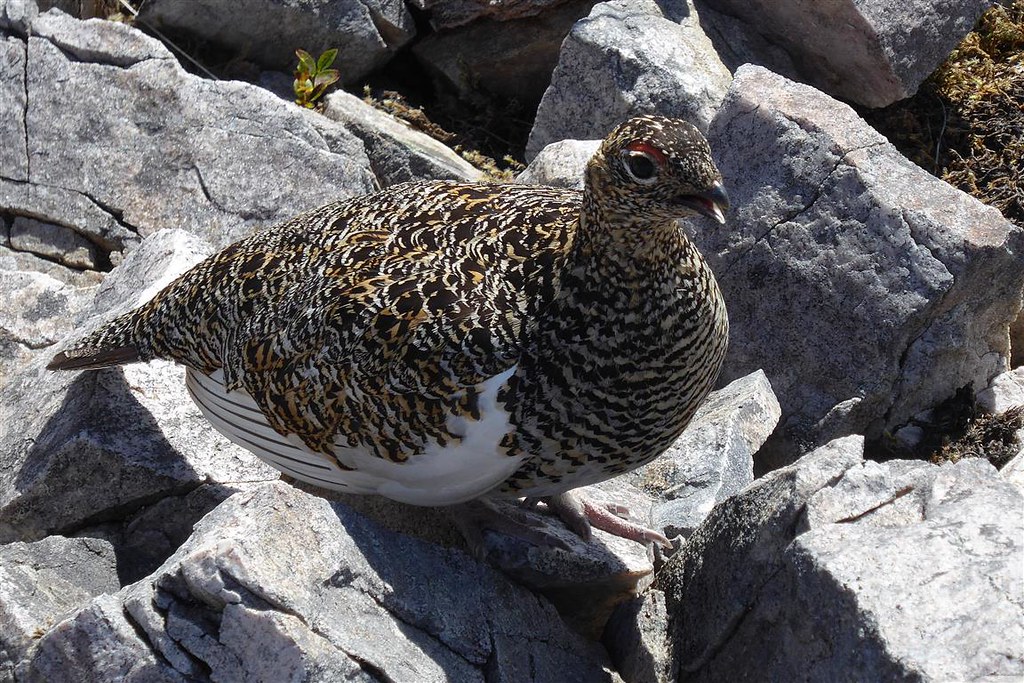 View across the road from the summit 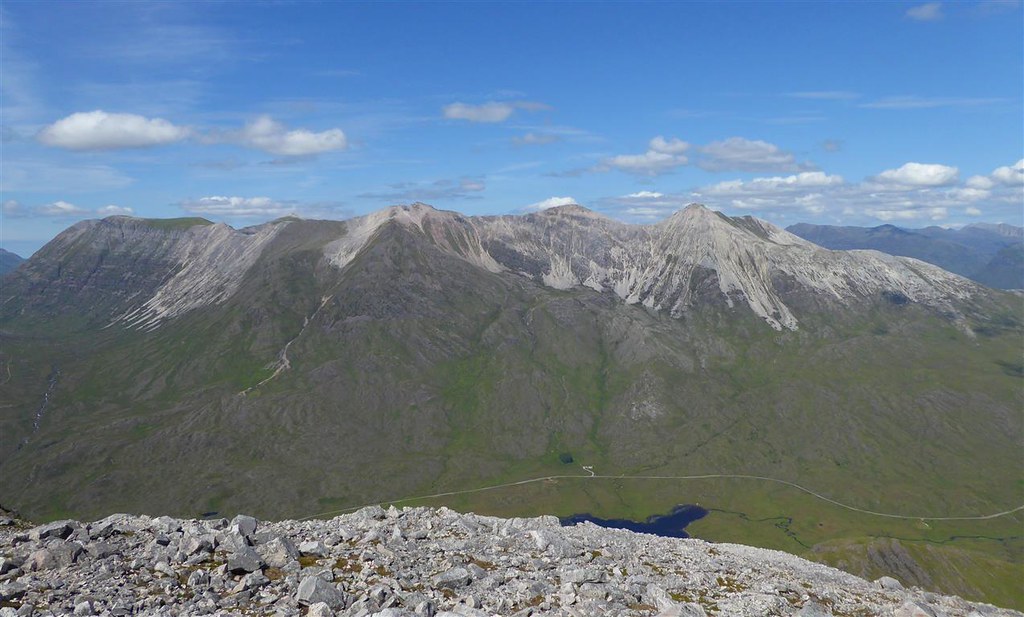 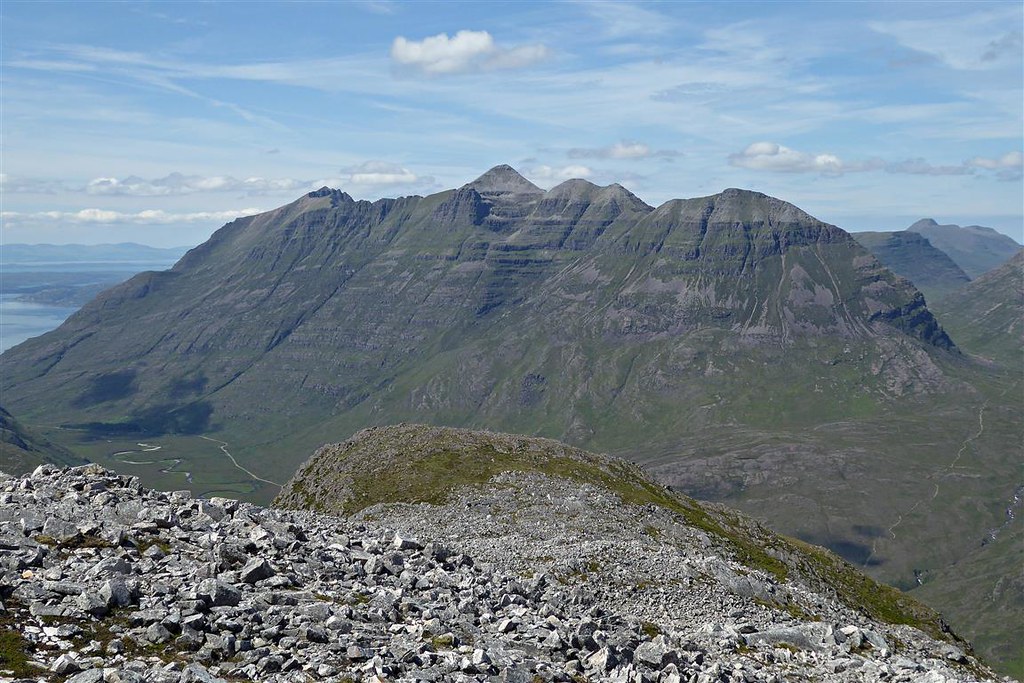 Retraced my steps down to the lochans then west down to pick up the track back to the car. 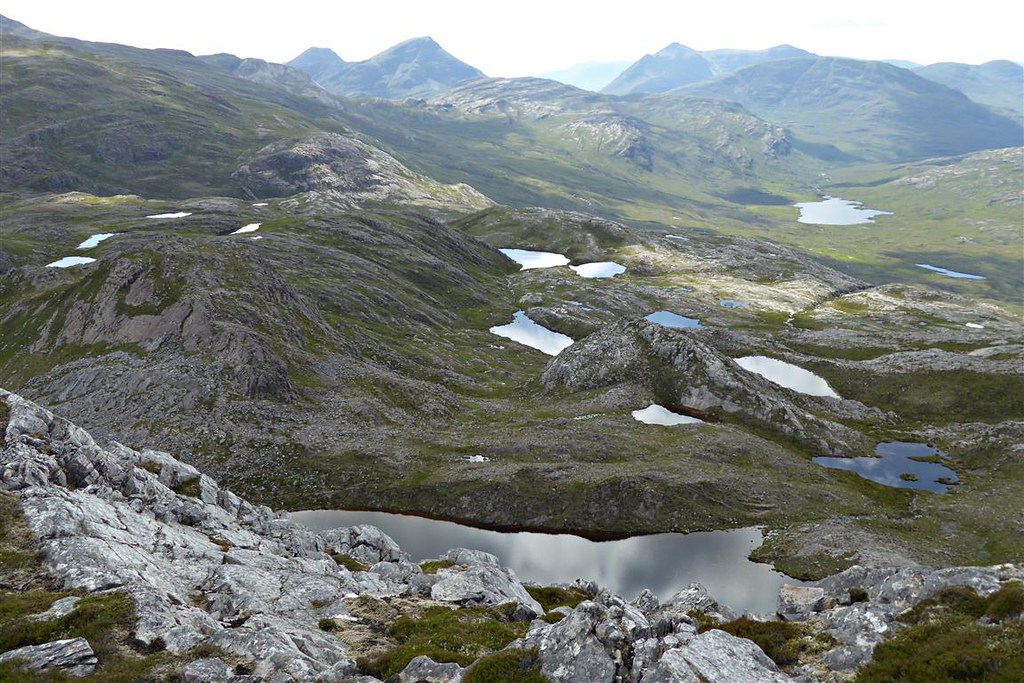 Outstanding photos Rockhopper, thanks for sharing.

Some of my favourite Corbetts

Ruadh-stac Beag especially, also Beinn Damph is a real cracker. When weather smiles, Torridon is a wonderful place to be.

Saw this report at work earlier today and it boosted my morale no end; also made me long to be in Torridon! Superb photos showing not only how majestic these hills are but, in weather like that, how very beautiful they are too. Marvellous

Thanks for sharing your stunning pictures of the impressive scenery which makes my looking forward for my summer holidays next year in the Torridon.

Good to see you back

Love your ptarmigan as well majestic Torridon, and really glad she had chicks. Was that a sea eagle too?

Great pics of an awesome place rh, can't wait to return myself

Some cracking pics there RH

Such a lovely place!

Great pictures rockhopper. The ground going across to Sgurr Dubh is complicated indeed, we met some young ptarmigan close up there as well.
Great route down following the edge of the gorge.
Some crackin hills. All the best.

I like the look of Sgurr Dubh and I'm reminded that a friend had wanted to go there about twenty years ago so about time I made a visit on their behalf. I think I'll take the longer and easier looking way in from the east though!

Many thanks everyone for your comments - they're much appreciated

I'm not sure as it was quite far away and rising. I'd like to think so as I've only seen golden eagles before but don't know. Thanks