A leisurely start meant that the clouds had cleared off the summits. We parked by the forest near Billhope and followed a good ATV track up Tudhope Hill, then on in a circuit, following ATV or single path all the way, Lovely views over the surrounding hills and fields, especially from Tudhope to Cauldcleuch. 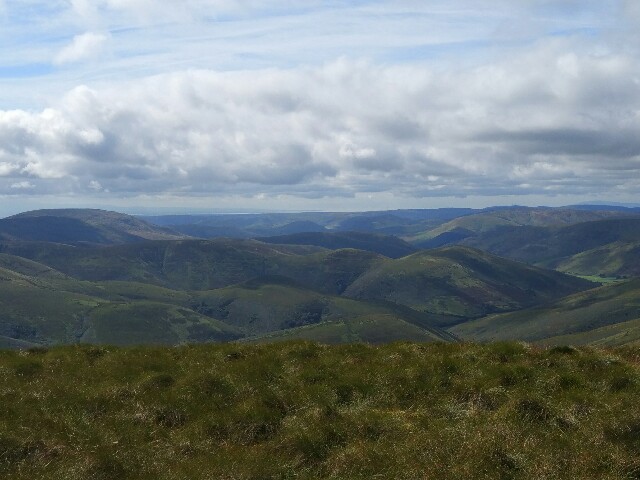 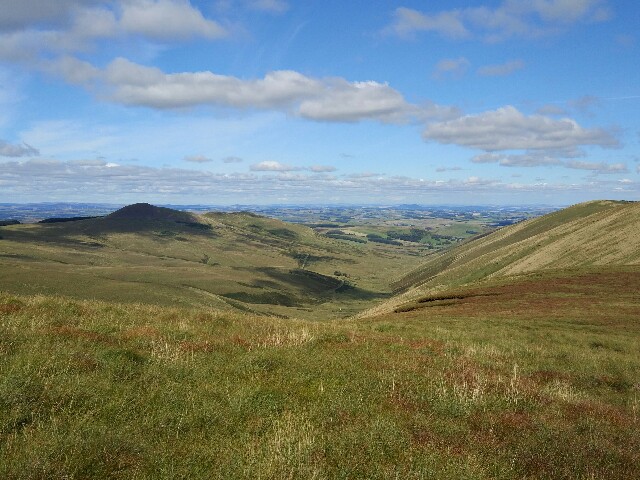 The summit ranks as one of the least attractive! 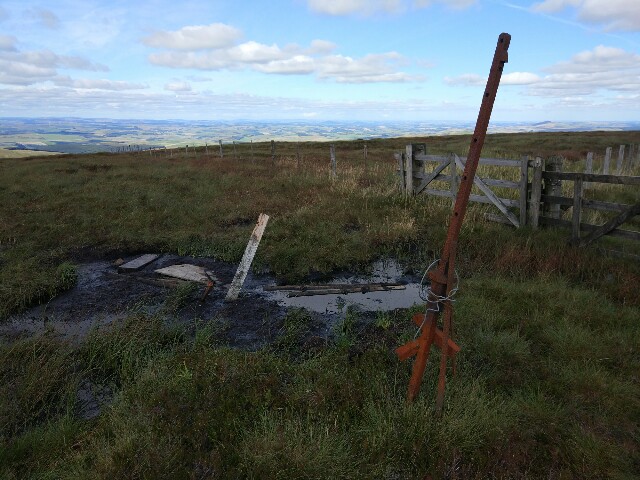 We continued the horseshoe, following the posts after we left the fenceline. Worried about planting on the descent, we kept following the posts and an ATV track along the ridgeline, eventually good tracks went off down the 'wrong' side of the hill and we continued following more posts through grass but no trace of a track. We ended up on a grassy alley between trees but near the end luck ran out and we were forced off downhill in the wrong direction. Luckily one vehicle of sorts had been up and crushed the bracken slightly, otherwise it would have been even worse than it was. We should have eyed up a good route down from Stob Fell in advance.
Here is our approximate route