Starting from the Ettick water, there are multiple possibilities for horseshoe rounds. The forecast was for strong winds and rain later, so we thought that if necessary we could bag Andrew Whinney Hill quickly and descend. We parked in a large area just short of Crook Cottage, and walked back along the road to find an easy line up Brockhope Rig to Mid Rig. 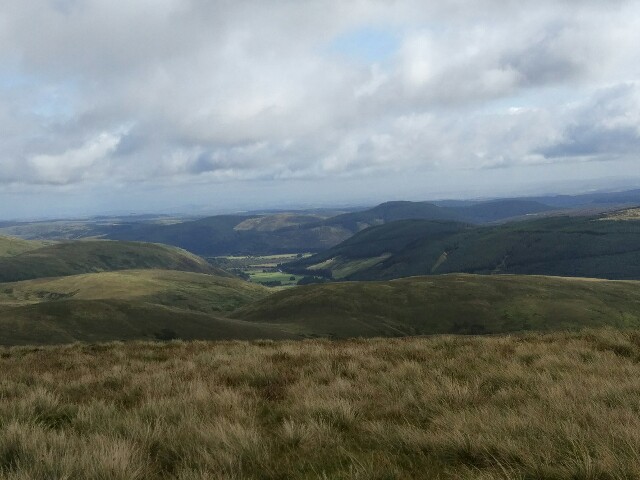 Looking down the valley 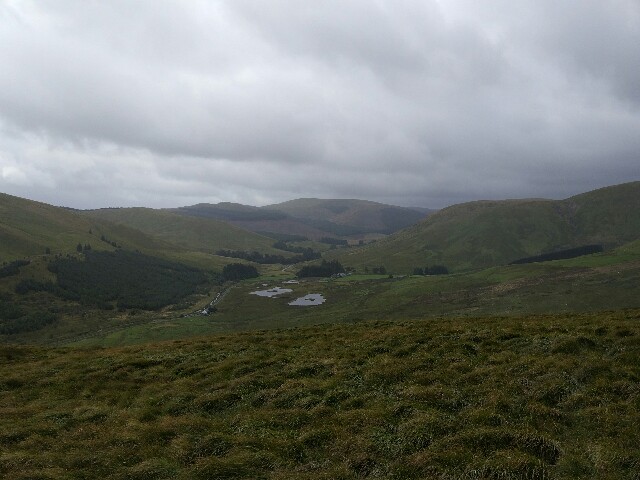 Mostly we followed a good ATV track except when it deviated from the ridgeline. The hills were clear but light showers throughout the day were short and fairly frequent. We had lunch on the summit where the cairn was almost large enough to shelter two people from the wind. Splendid views across to White Coomb, and we descended a short way for the obligatory photo of Grey Mare's tail. Then on to Bell Craig. The Hare was lured onward by Bodesbeck Law which was looking enticing and it was in between showers. I headed towards Ferny Hill and picked up a good track descending into Range Cleuch, with a lot of gates, each of which was marginally easier to open than the last (I climbed the first one). Then a pleasant walk back along the road.
Here is my approximate route.