Early start in the dreich west

Early start in the dreich west


This walk follows on from yesterdays compleation by George, Alistair and John on Ben More on Mull. Parminder and myself stayed in the youth hostel in Oban, so Sgulaird seemed like a good option to visit before heading home.
The joys of the UK weather, yesterday there was hardly a cloud in the sky, today was the polar opposite no blue sky at all.
We left the youth hostel at 6.30 and had a wander round Oban before having breakfast at the Corryvreckan, near the ferry terminal. I opted for the 'normal' Scottish, whereas Parminder had the large version which including tea/coffee was about a tenner, excellent value. The breakfast kept us going all day and I didn't need to carry my pieces up and down the hill but I did. No great surprise that the parking layby was empty when we arrived as we were on our way before 7.45am.

Good track to break us in gently

Let's you know you are about to climb the correct hill, unless of course you don't want to scale Sgulaird

Views of Loch Creran opening up

Time to leave the track, the good news is a bit of height has been gained

Track continues uphill, we would be utilising it later on the descent

Nice photo of where the track goes

Small loch out to the east, note the low cloud that would soon reduce the number of photos

After descending from the right we reached a fence, the fence is an excellent marker pointing the BEST descent route, rather than go uphill again

Looking across to the lump that you have to descend 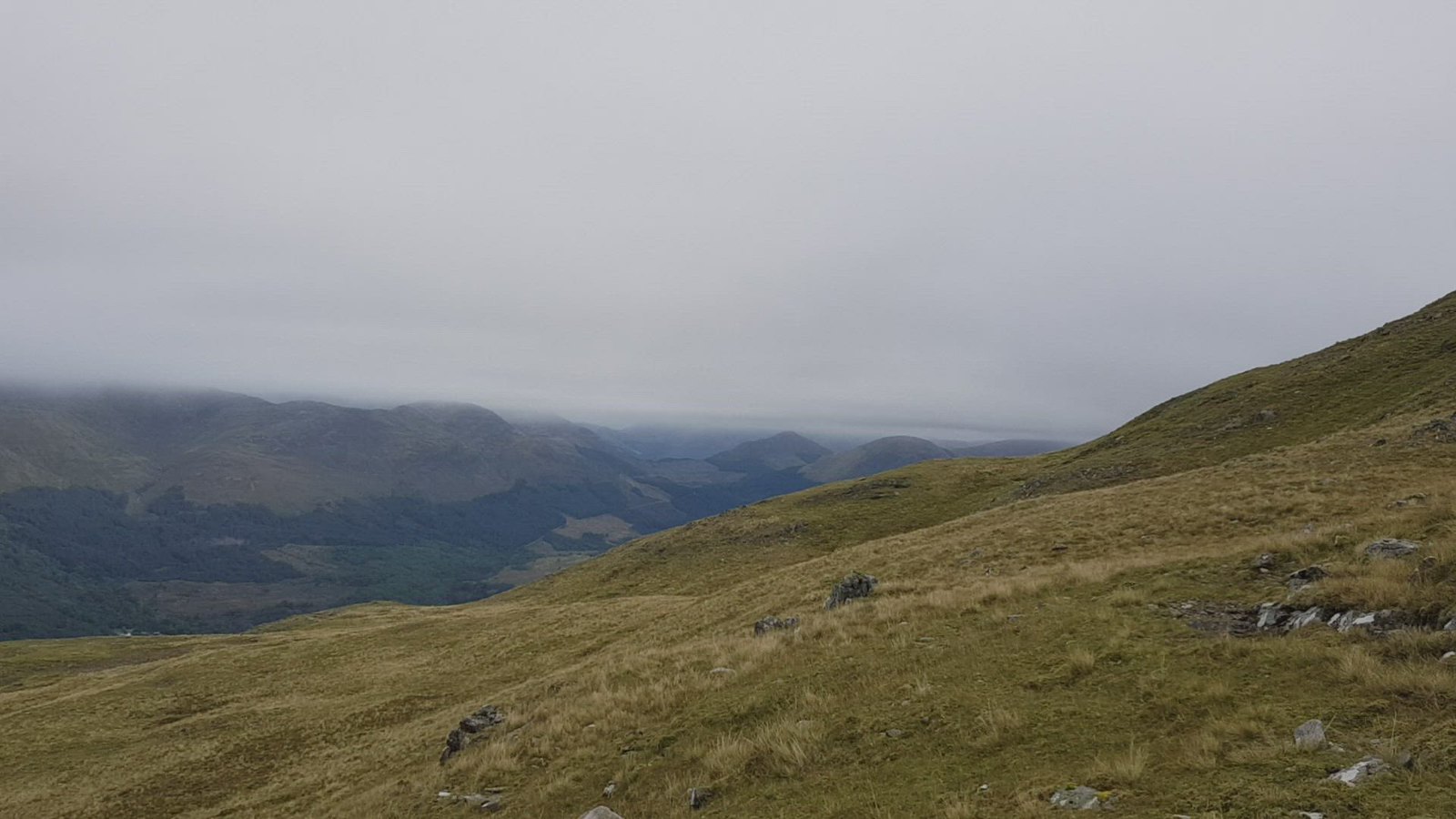 A wee video just before we entered the cloud

Last view of Loch Creran for a while, the lens isn't misted up we are about to be in the clouds

Parminder leading the way for a while 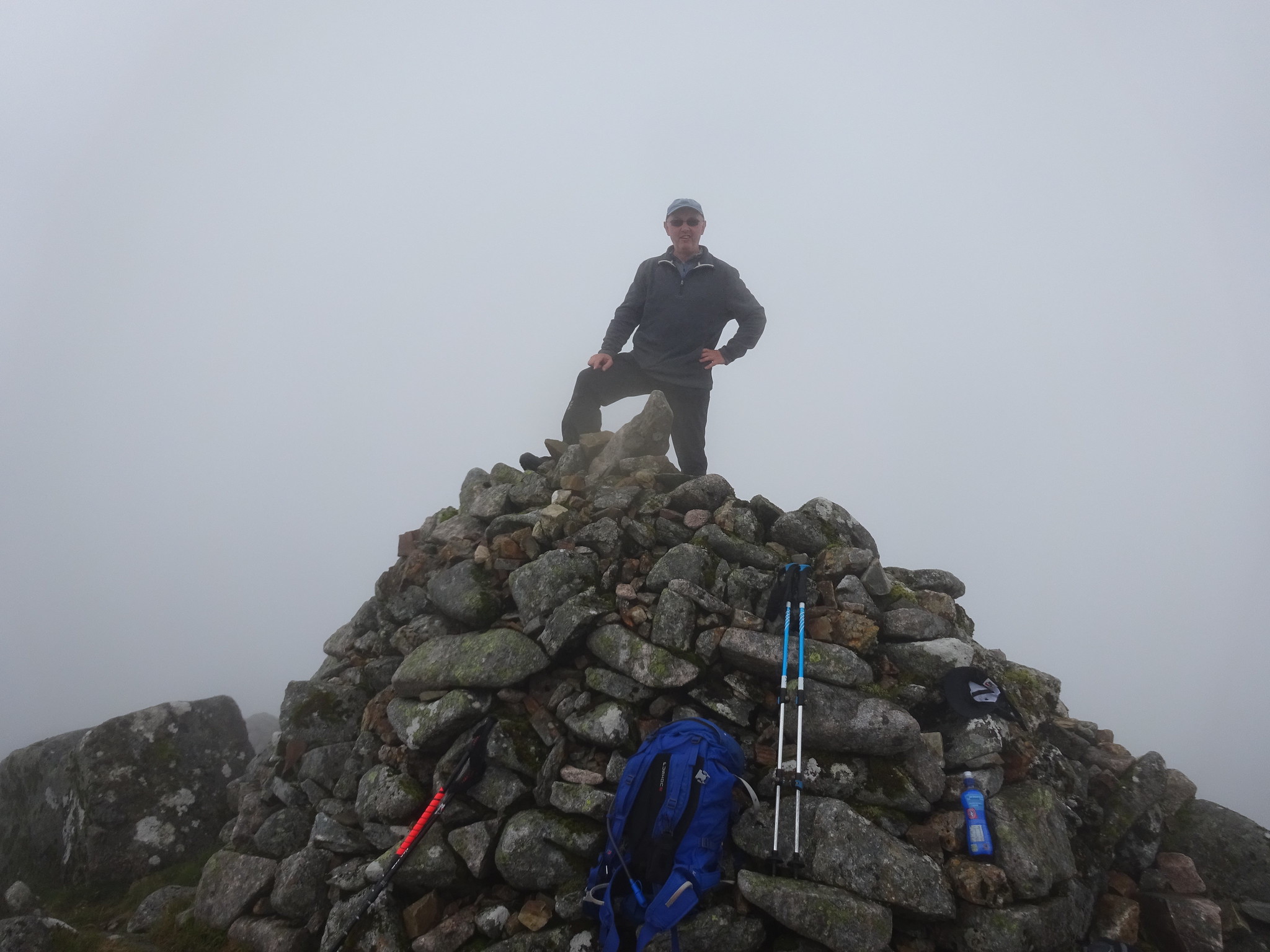 Summit photo taken by Parminder, you never know he may post one of the 10 I took with his camera!!

After the usual "scenic" photos on the summit we headed back down retracing our steps back to the fence I mentioned earlier.

I never spotted this wee lochan on the way up, maybe concentrating too much looking down

Coming back down out of the cloud

The way down to the track, nice easy descent

The track back down to the car 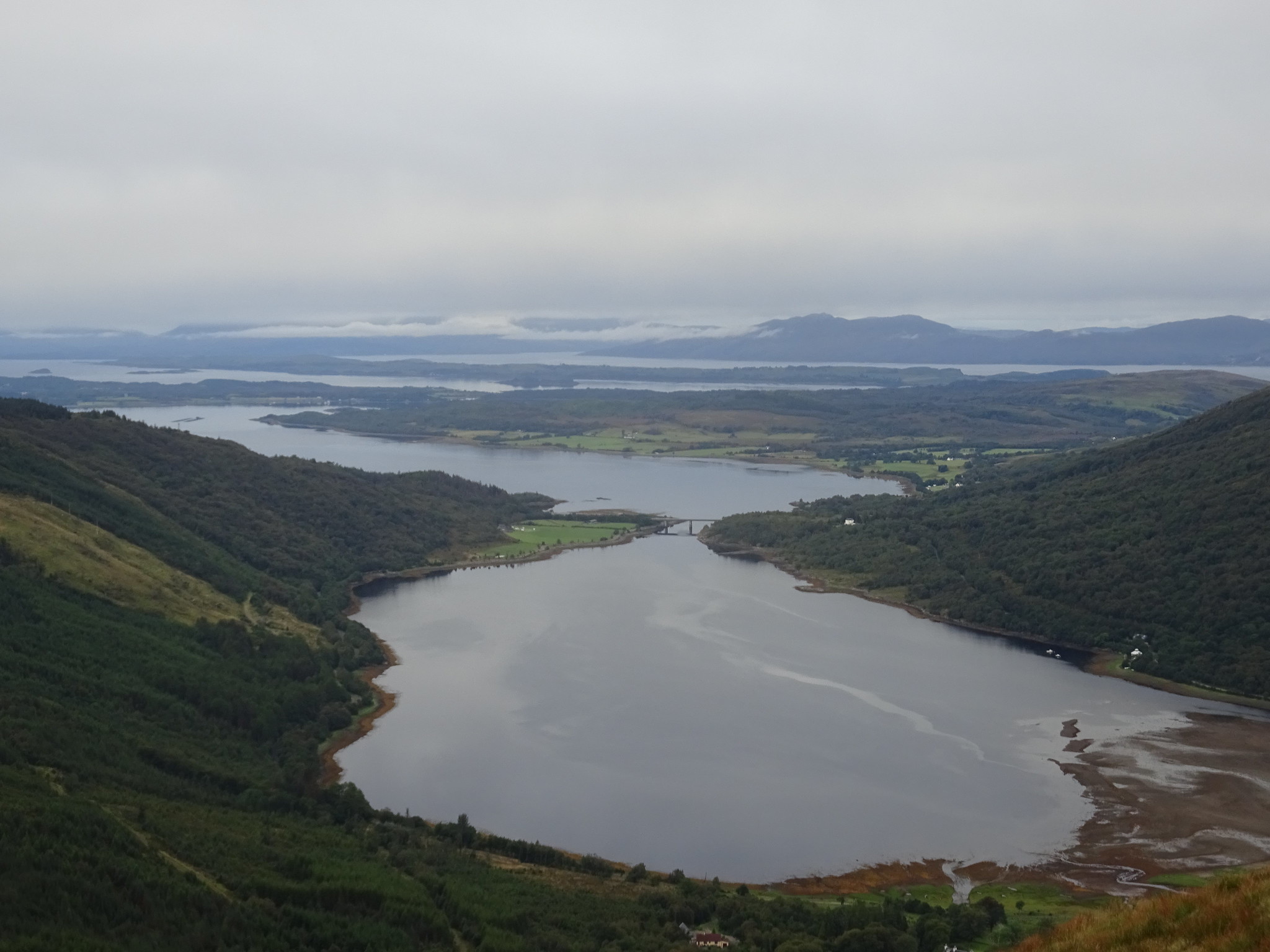 Final shot of Loch Creran taken with my camera

Turned out to be a really enjoyable day, thanks as usual to Parminder for his company and banter and for moving some HUGE stones when he stood on them.
The day was marred by 2 'avoidable' mishaps.
1. I somehow managed to lose my old phone which has no Sim and is also locked and used solely for navigation. I think it dropped out of my phone pouch on my rucksack when I put my rucksack in the car. My eldest daughter had a phone call from a guy claiming he had found a phone in Oban and her number was the first contact. I tried calling his number back but that was not recognised. End result one phone is lost and now history.
2. Parminder somehow managed to smash the wee camera screen on his phone, he thinks he maybe connected with a rock when the phone was in his pocket. The good news is the phone has been fixed for a few quid.
As for our next outing, nothing planned as yet, so watch this space.

Re: Early start in the dreich west