It was the first weekend of August and I was eager to visit a hill, even if due to Kevin's back injury, it would have to be a shorter expedition. I suggested the circular route over Ben Inverveigh and Meall Tairbh from Loch Tulla, an easy horseshoe of about 15km with less than 700m of ascent and - what we were soon to discover - fantastic vistas in all directions.

Meall Tairbh is a Graham and though it still doesn't have its own walk description on Walkhighlands, I found enough information in earlier reports, to draw a reasonable circular route, which looked not too steep and (at least in theory) shouldn't overstretch Kevin's sore back. The starting point was from the car park near Victoria Bridge and we intended to go up the northern shoulder of Meall Tairbh to the summit, then traverse the wide bealach past Lochan Coir' Orain to Ben Inverveigh (which misses being a Graham by only 6m of reascent!), then descend the N shoulder of this hill to joint the WHW:

Track_MEALL TAIRBH 03-08-19.gpx Open full screen  NB: Walkhighlands is not responsible for the accuracy of gpx files in users posts
We started from the car park at 10am. This is not a big walk so we didn't need to hurry. The day was lovely, sunny with blue sky and hardly any wind. For me, it might have even been too sunny (due to my UV allergy) but I didn't complain, I was glad to see Kevin smile. He recognized a good photo day when he saw one!
Allt Tolaghan and the route up - looks nice and green

Soon we discovered, that the "nice and green" surface meant a very marshy meadow, overgrown with bog myrtle and grass. The first kilometer of walking was good for ducks, before we reached slightly steeper ground:

But from very early stages, we were served lovely views to surrounding mountains, especially north to the peaks of Coe/Etive:

Loch Tulla from half way up:

The ground eases off after about 250m of ascent and a boggy slog turned into a pleasant walk along a wide N shoulder of Meall Tairbh. I couldn't stop admiring the peaks behind us:

The summit in sight:

The ridge is dotted with little lochans and puddles, but generally offers easy going (much less soggy then the bogfeast at the bottom):

It didn't take us long to reach the summit, which is marked with a small cairn, built on a rocky outcrop:

We were amazed and bewildered by the views. I really didn't expect them to be so good! This hill is one of the best viewpoints in this area, that's for sure!
To the north, Sob Gabhar & Co.:

The hills of Etive and Beinn Suidhe:

Zoom to the Cruachan group:

Panoramic snap from the summit, looking north-west to the hills of Glen Etive:

He's a happy man despite being slightly hampered today It is possible to combine Meall Tairbh with the second Graham, Beinn Suidhe via an intervening Sub'2 Marylin and we might be tempted to do it sometime, but today Kevin wasn't up to such a big traverse, so having spent over half an hour on the summit, we decided to traverse to Ben Inverveigh.
It might not be a Graham, but it looks tempting:

Descending from Meall Tairbh to the 506m bealach:

The bealach is wet and peat haggy, requires some careful maneuvering to cross, but what comes after is worth the bother:

Meall Tairbh and Stob Gabhar from the slopes of Ben Inverveigh:

Once on the ridge of Ben Inverveigh, it was a second nice ridgewalk over mostly dry, grassy ground, to the summit which is situated somewhere in the middle:

Beinn Dorain across the glen: Panorama of Etive hills once again:

Zoom to the "back side" of Stob Coir'an Albannaich and Meall nan Eun:

On the summit of Ben Inverveigh. Not a Graham, but well worth adding to the traverse!

After another break for leg-stretching and view-gazing, we continued due north, to pick the West Highland Way between Bridge of Orchy and Victoria Bridge. The descent follows this nice ridge:

Panoramic view of the descent route:

As soon as we headed down, a path appeared out of nowhere, soon turning into ATV track, a bit wet here and there, but we stuck to it, guessing it would meet the WHW lower down: 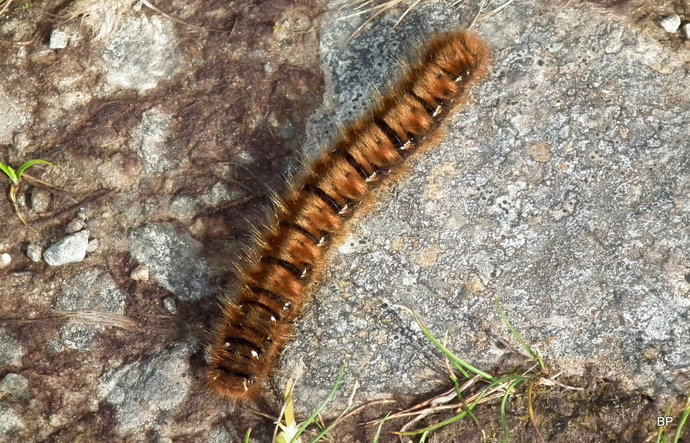 We dropped to 350m, where our track merged with West Highland Way, from here it was easy walking back to the car park, with compulsory breaks for silly poses 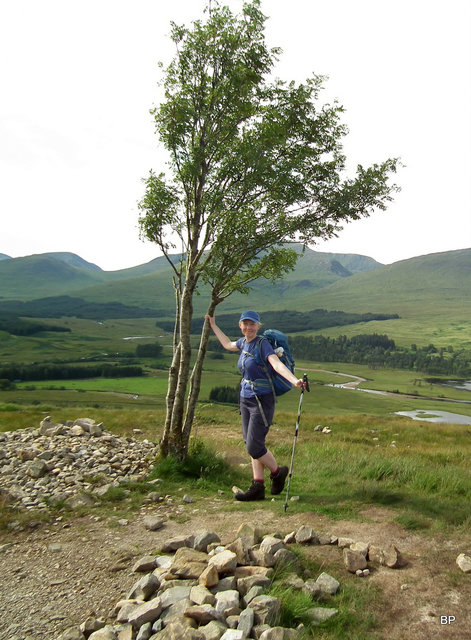 Panoramic view of Loch Tulla from the WHW path:

What a lovely couple of lower hills. Views to kill for and relatively easy going (maybe apart from the initial bogfeast on the way up Meall Tairbh). They would be good for a snowy walk, but for us, sadly this area is to far away for a winter drive. We will come back to do some kind of circular over Beinn Suidhe but probably next year.
...........................
August wasn't the best month weather-wise, but we managed to tick off our last Etive Munro and this will be the subject of my next report. Kevin's back has recovered sufficiently in the following two weeks, so watch out, Beinn nan Aighenan, here we come!

This hill is a brilliant viewpoint as you discovered. I can thoroughly recommend the Sub2K as well.

Graeme D wrote:This hill is a brilliant viewpoint as you discovered. I can thoroughly recommend the Sub2K as well.

Originally, we planned a longer traverse from Meall Tairbh to Beinn Suidhe ( I think the Weasels had walked this route) but due to Kevin's back problems we simply couldn't risk it. Nothing lost though, we can do it next year. We're not too bothered to collect Subs, but if it can be easily added to bigger hills, why not

Enjoyed reading your report. Did the walk yesterday following 'your route' in reverse so thanks for posting the map. Some cloud & rain in the vicinity (but not on me) which meant I didn't get the quality of views that you did. Nevertheless it really is a great viewpoint