Loch Lochy 2.gpx Open full screen  NB: Walkhighlands is not responsible for the accuracy of gpx files in users posts

After the high winds of Saturday and night spent wondering whether we were going to get blown away at the Roy Bridge campsite, we were relieved to find that Sunday was a far more promising looking day.

After parking at the farm, we shared the initial track with a mountain bike event, which seemed to be heading towards Fort William. After talking to a local lady with her dogs, we found that the event had been postponed from Saturday.

We diverged from the bikers at the fork on the track, then shortly afterwards began the ascent up to the bealach. Going was steep, with a fair bit of water still coming off the hill, but going was fairly enjoyable.

We opted to ascend the higher Sron a'Choire Ghairbh first, leaving Meall na Tenga for later in the day, when the forecast suggested the cloud would clear and the views would be better. We got a fair bit of a buffeting in the wind as we gained altitude, but no real issues in reaching the summit.

As we descended, the skies started to clear and we could see some sun over Meall na Tenga. After a quick stop for a cuppa at the bealach, we started the second ascent.

The ascent of Meall na Tenga was less steep and more sheltered from the wind. At the top we were treated to good views down towards Loch Linnhe, though Nevis was still veiled in a thick cloud. After taking time to patch a blister (annoyingly from a poor fitting pair of rugby boots earlier in the week), we made a leisurely descent back to our starting point. 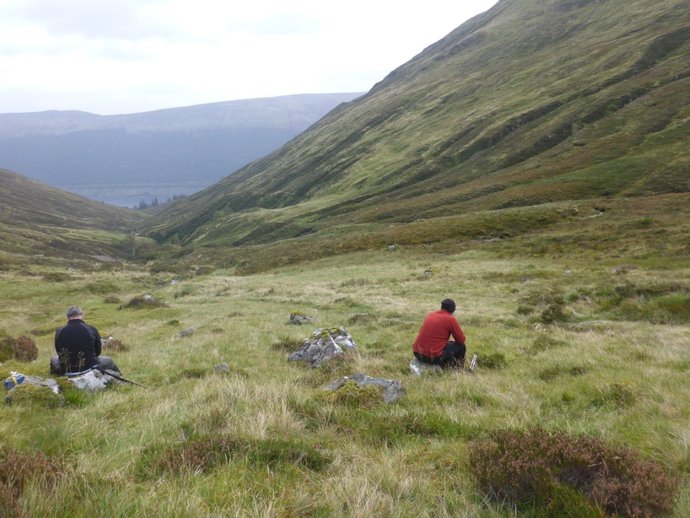