Gairich, even the boggy bits are fun.

Gairich, even the boggy bits are fun.


Gairich was the penultimate Munro for us to do down the Glen Garry road, which is a lovely little road even though it looks a bit narrow on the map.

Our last one is Spidean Mialach which we missed by a silly navigational error in the clag a few years back. On that walk we met and spent the day with Matthew (Beaner001) friend Andy and Roy and Lochy Matthew's two springers, they've since been back to put the error straight and with a bit of luck we will too when we're up again in October.

Tuesday dawned bright and clear so we were off early to make sure we got parked, now, as you approach the dam, there's a new parking area by the road, this looks like it had been added as a result of the road being cleared after the recent rock fall so there's now a decent amount of parking at and near the dam, no problem today though, we were the only ones there. 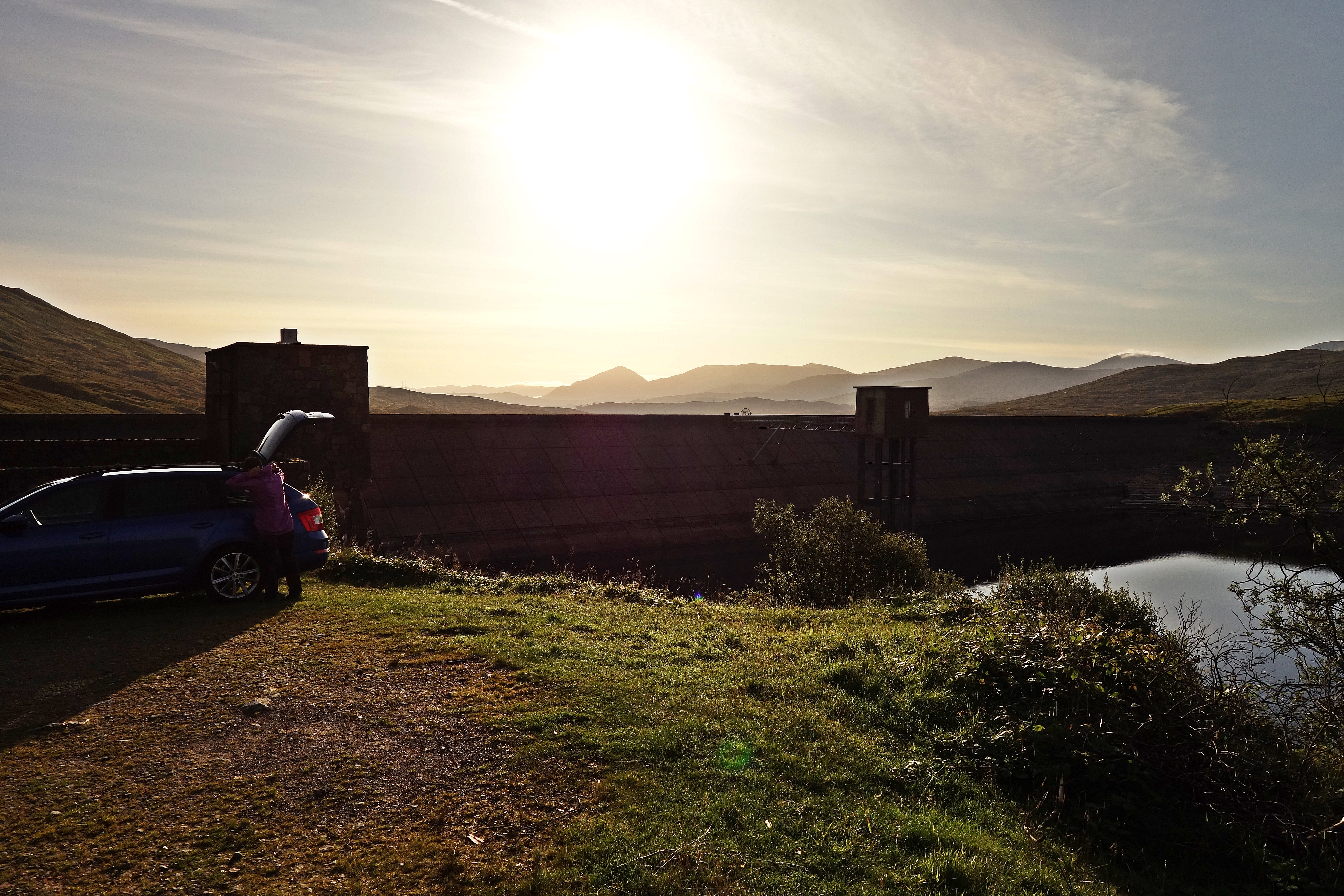 The sky was clear and the sun was warming us up. 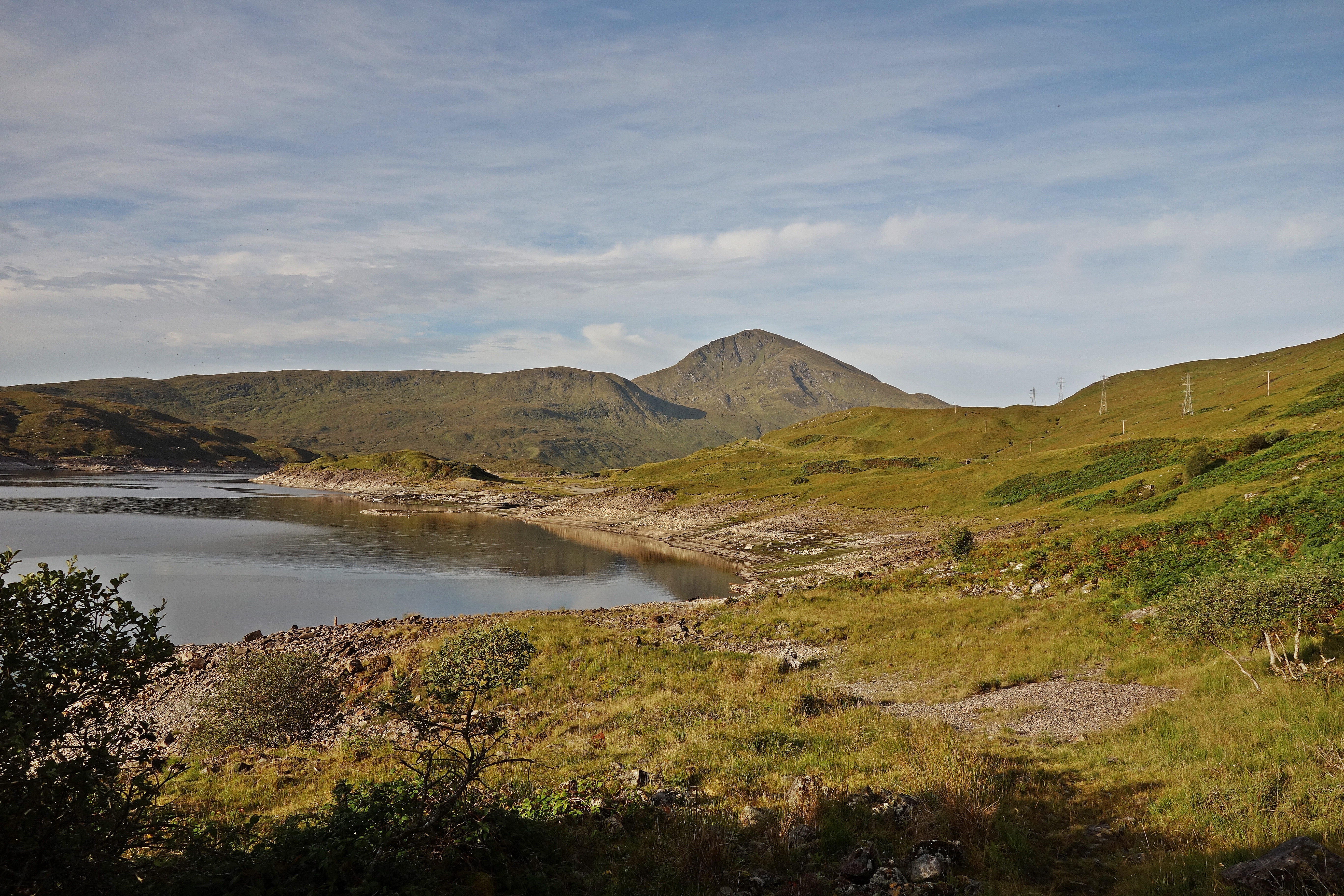 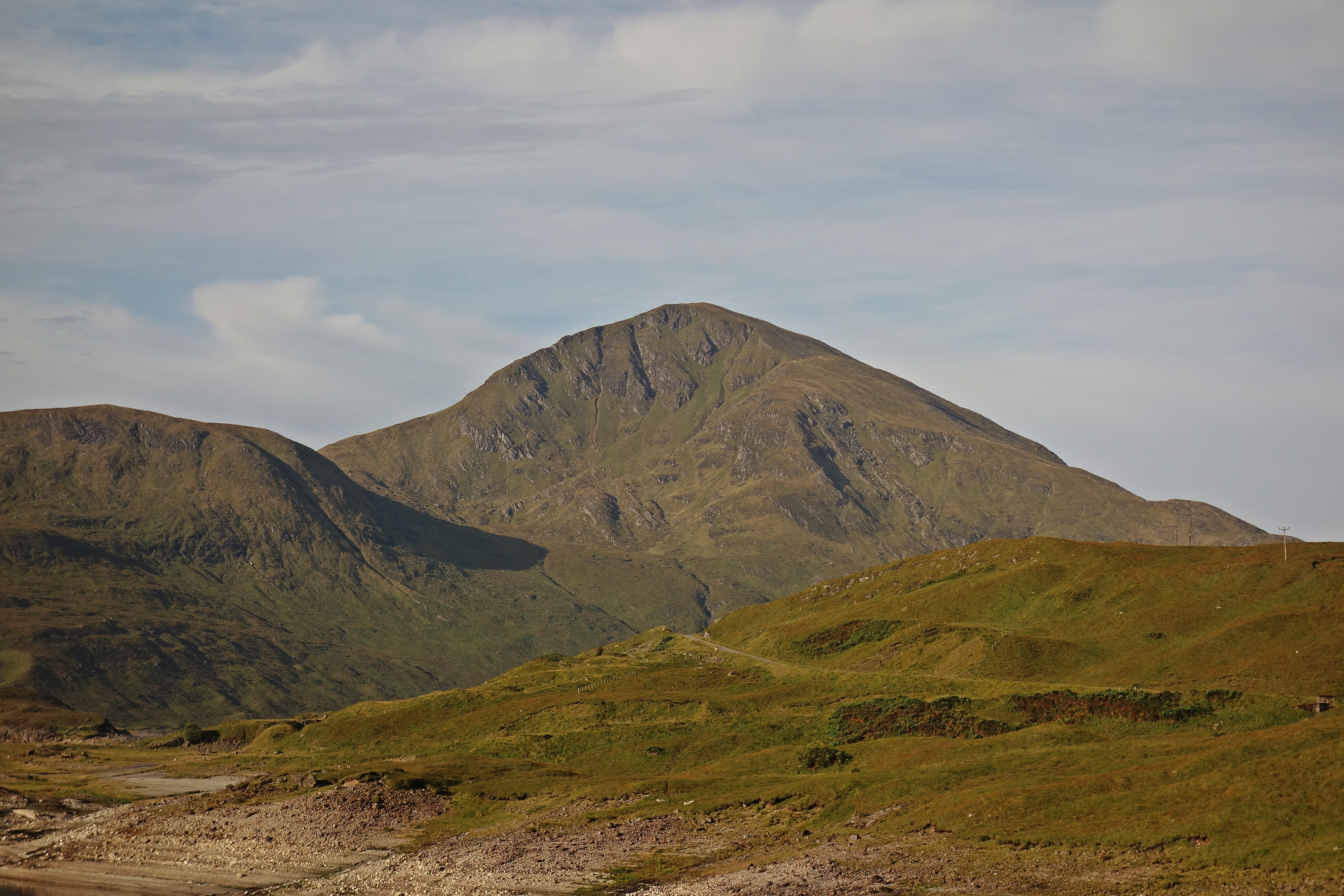 As we walked over the dam, we looked back at the rock fall, it must have been a massive one judging by the amount of rock and debris that had come off the crags above, erosion in action, I wonder what it sounded like. 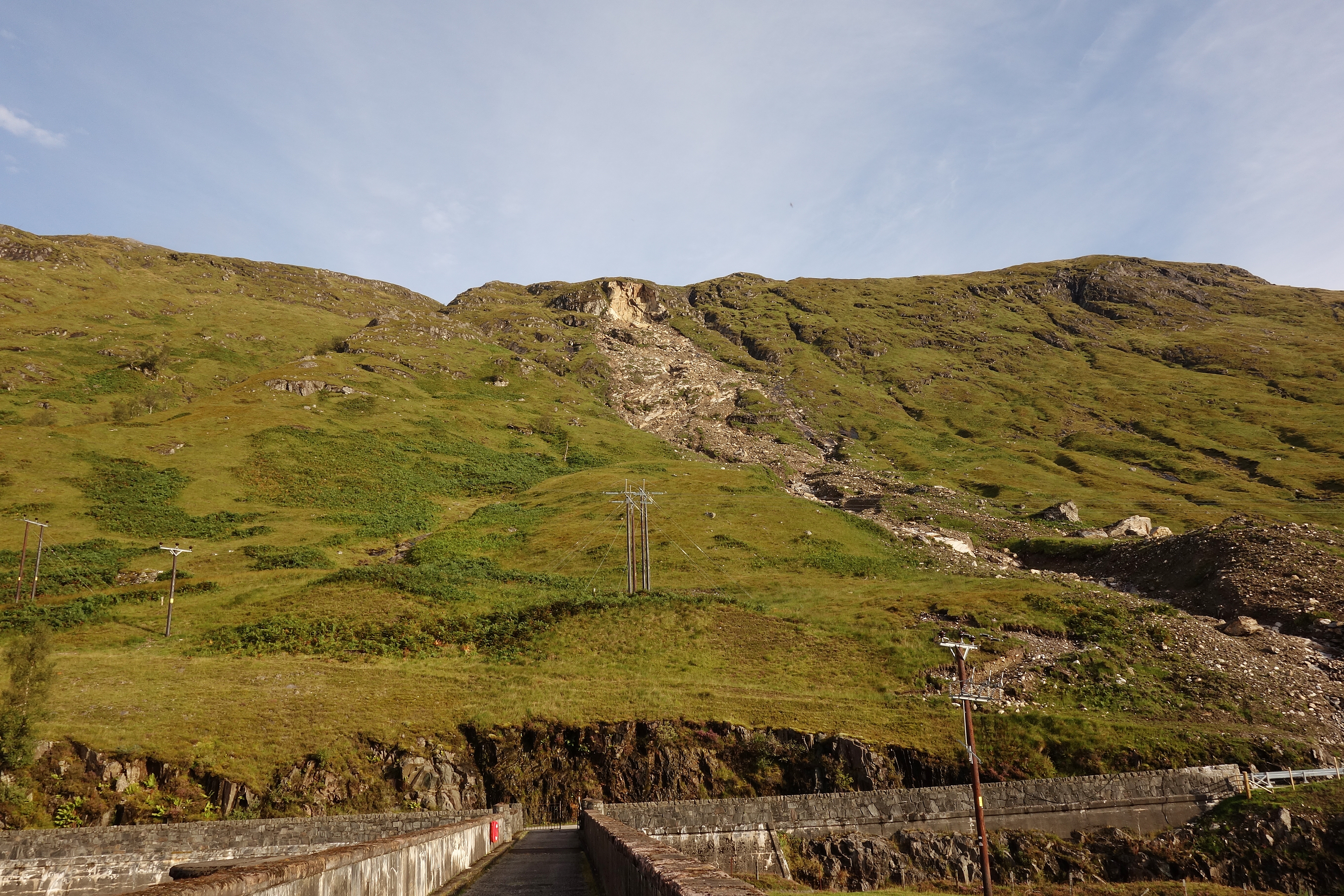 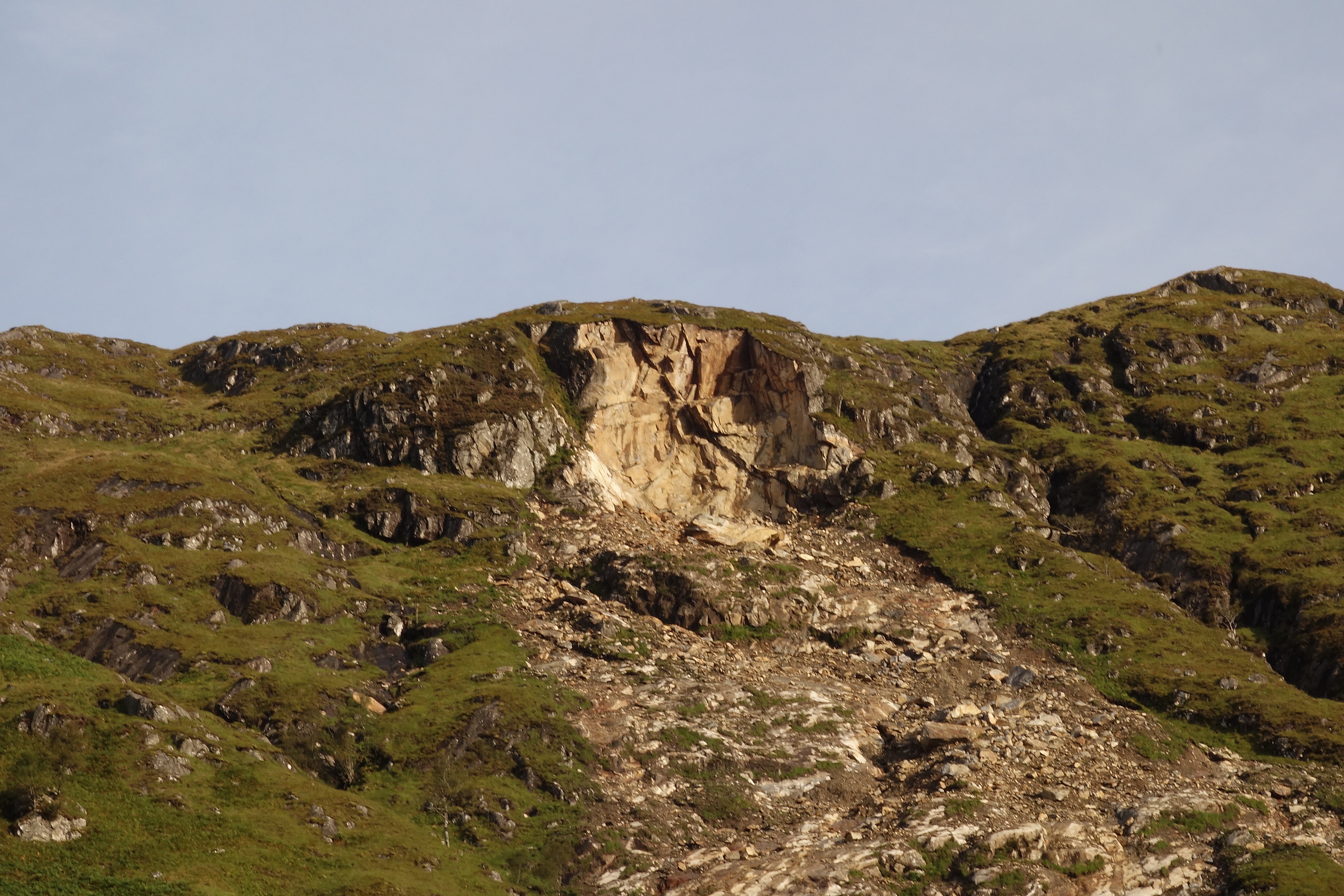 Gairich was completely clear and looked a fair way off, it looked like we were going to have a good day out 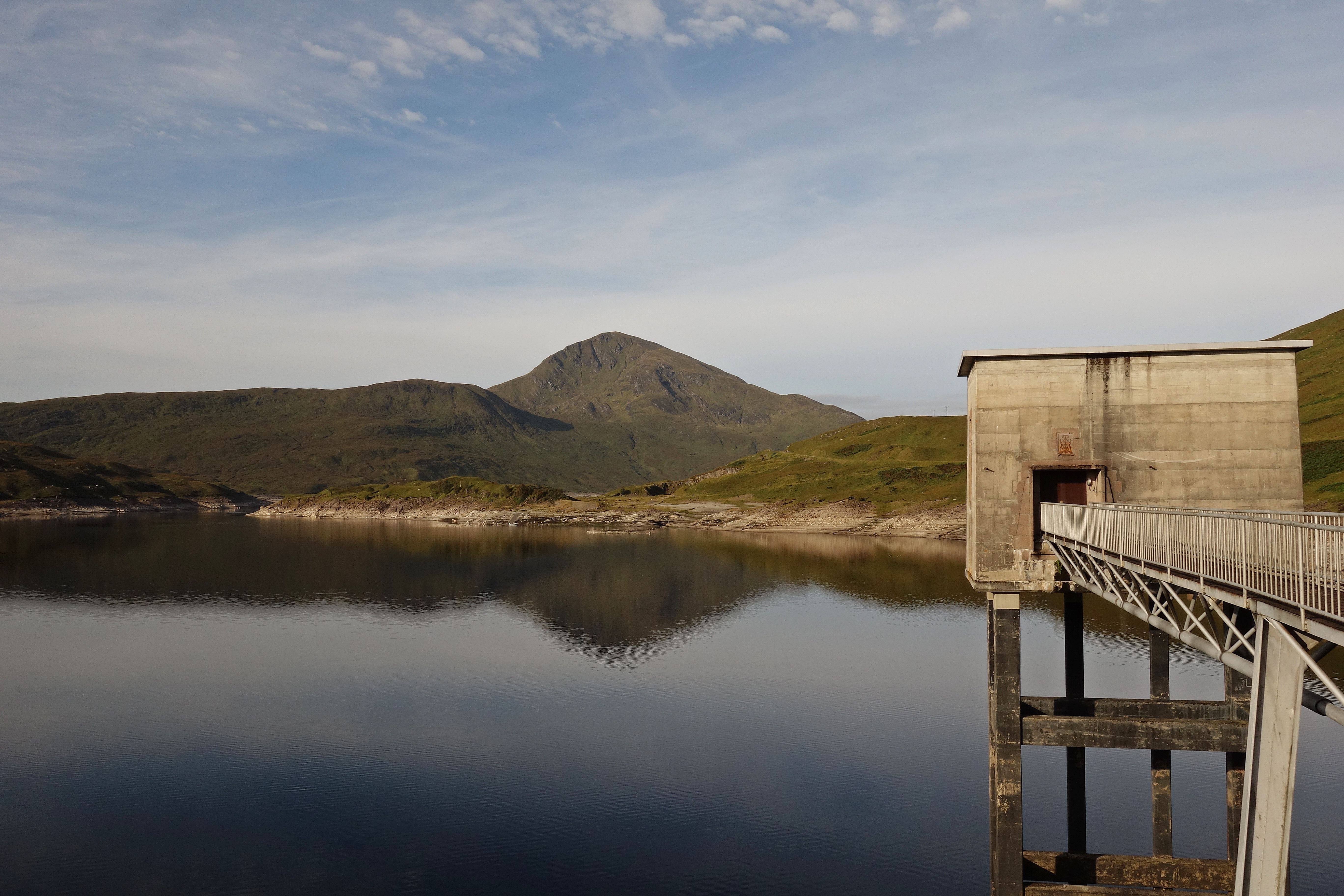 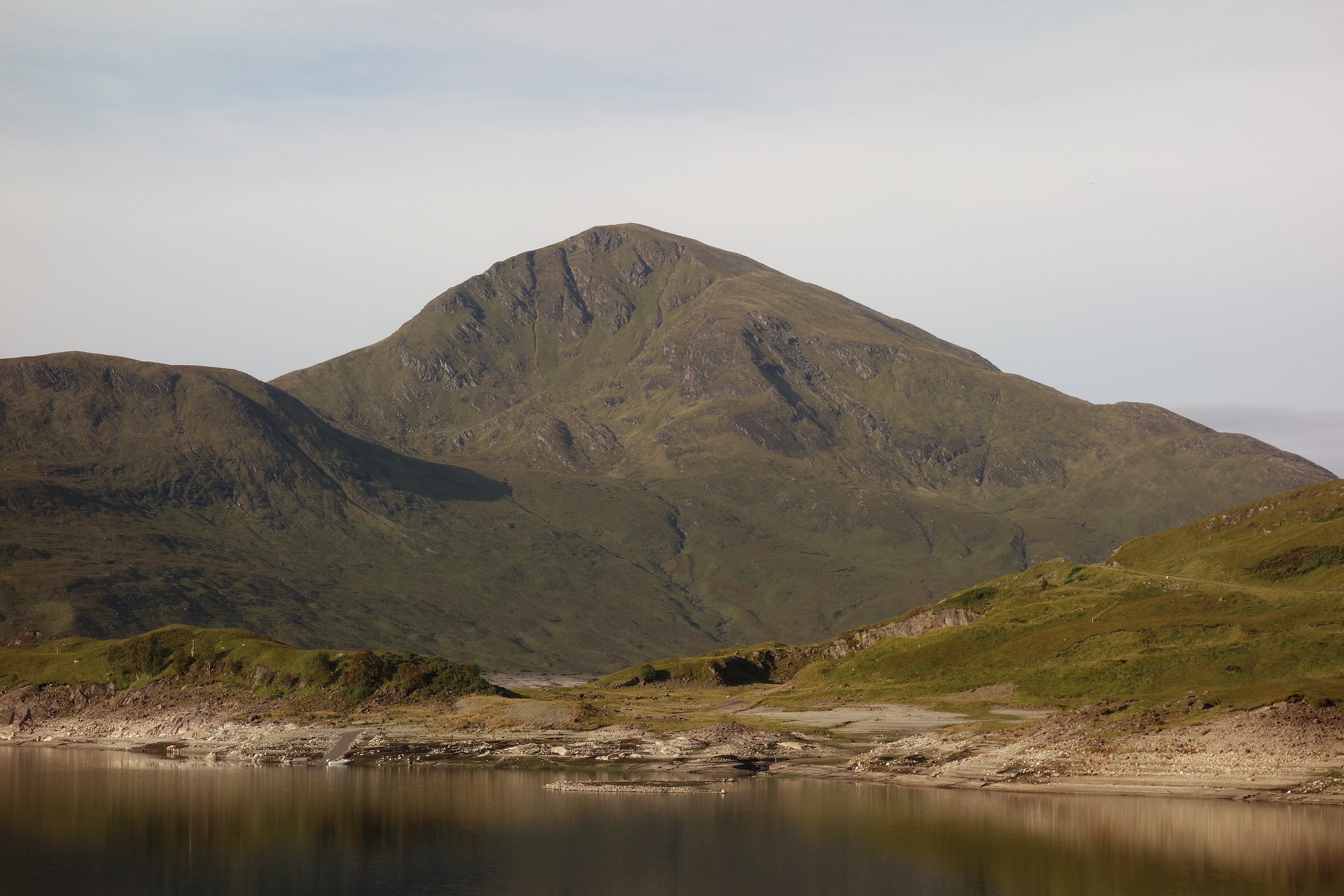 Once across the dam we followed the obvious path heading through the heather, this was initially dry, for the first couple of hundred metres of so, then it gradually became wetter, the really wet bits had the beginnings of bypass paths avoiding the worst or they led to even wetter bits and abruptly stopped

It's quite a walk to the plantation, or it seemed that way with all the detours around the boggy bits, well, it kept us
amused

as you approach it you can see the path taking an abrupt right turn over the burn and initially following the fence.

It's a bit slithery to start with, as it moves away from the fence it becomes a lot drier 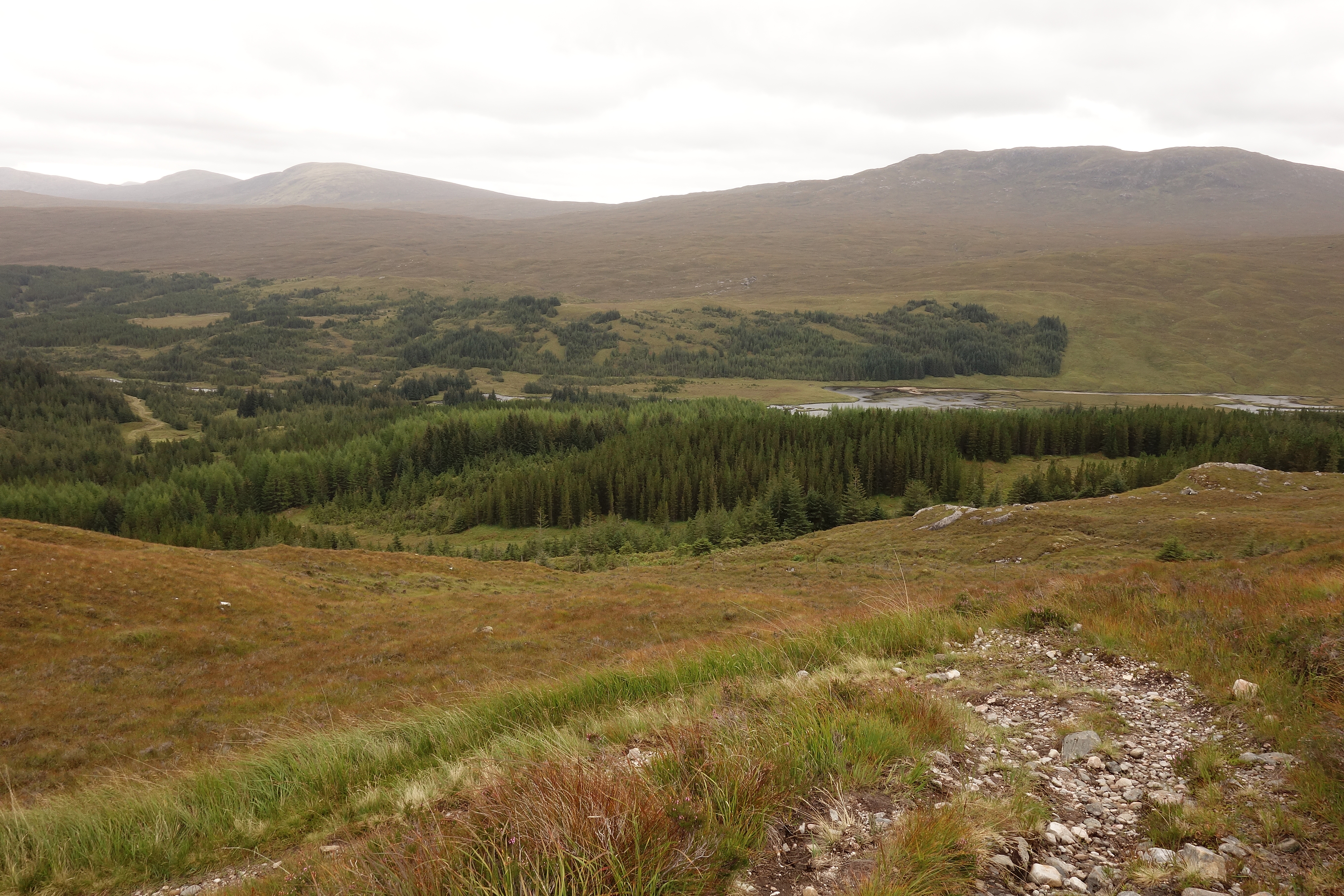 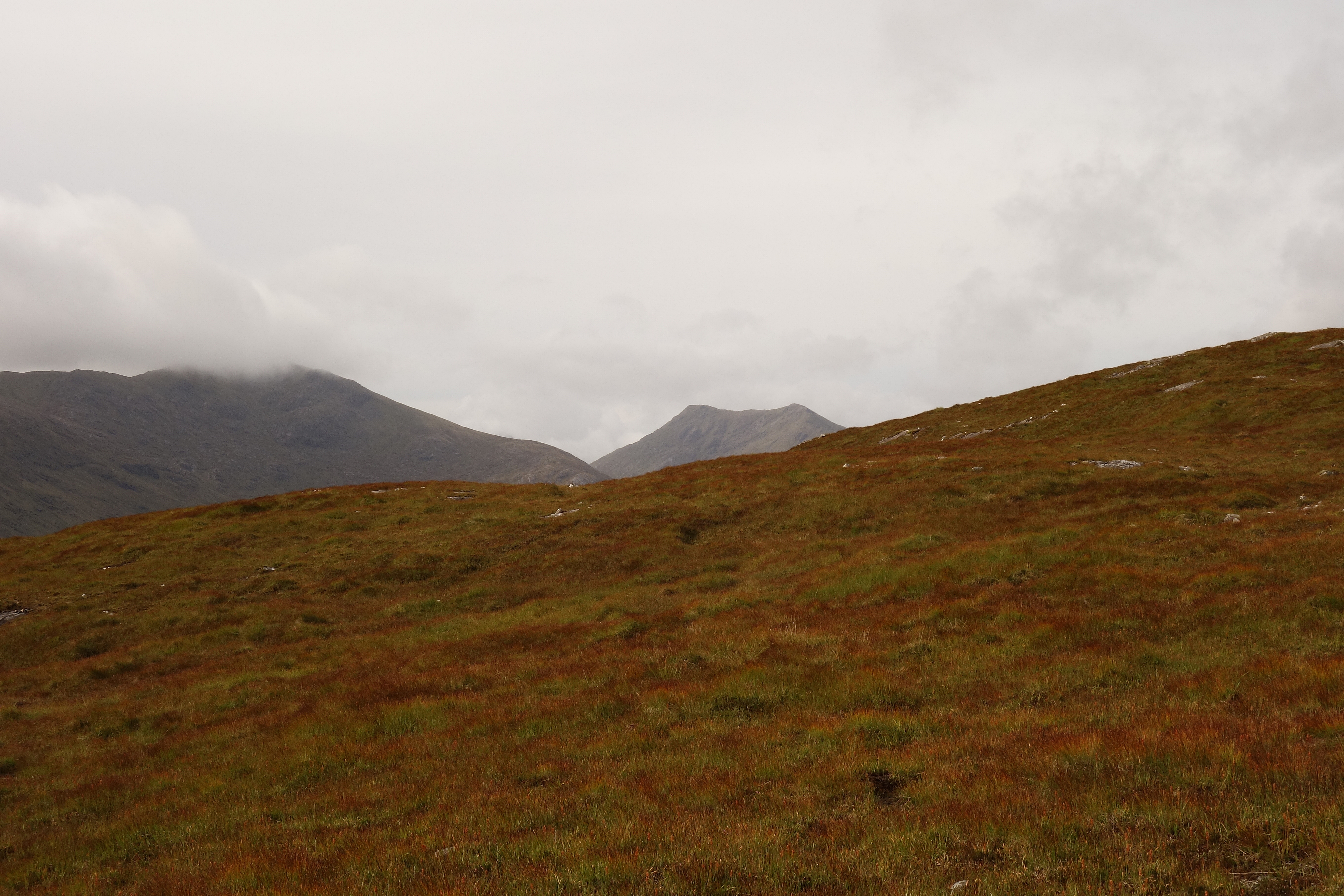 It stays fairly dry until you reach Bealach coire Thollaidh, this is a shallow bealach and is wet, but the path is well established through the peaty bits. once the path starts to climb Gairich it turns into a nice solid path making progress a lot easier 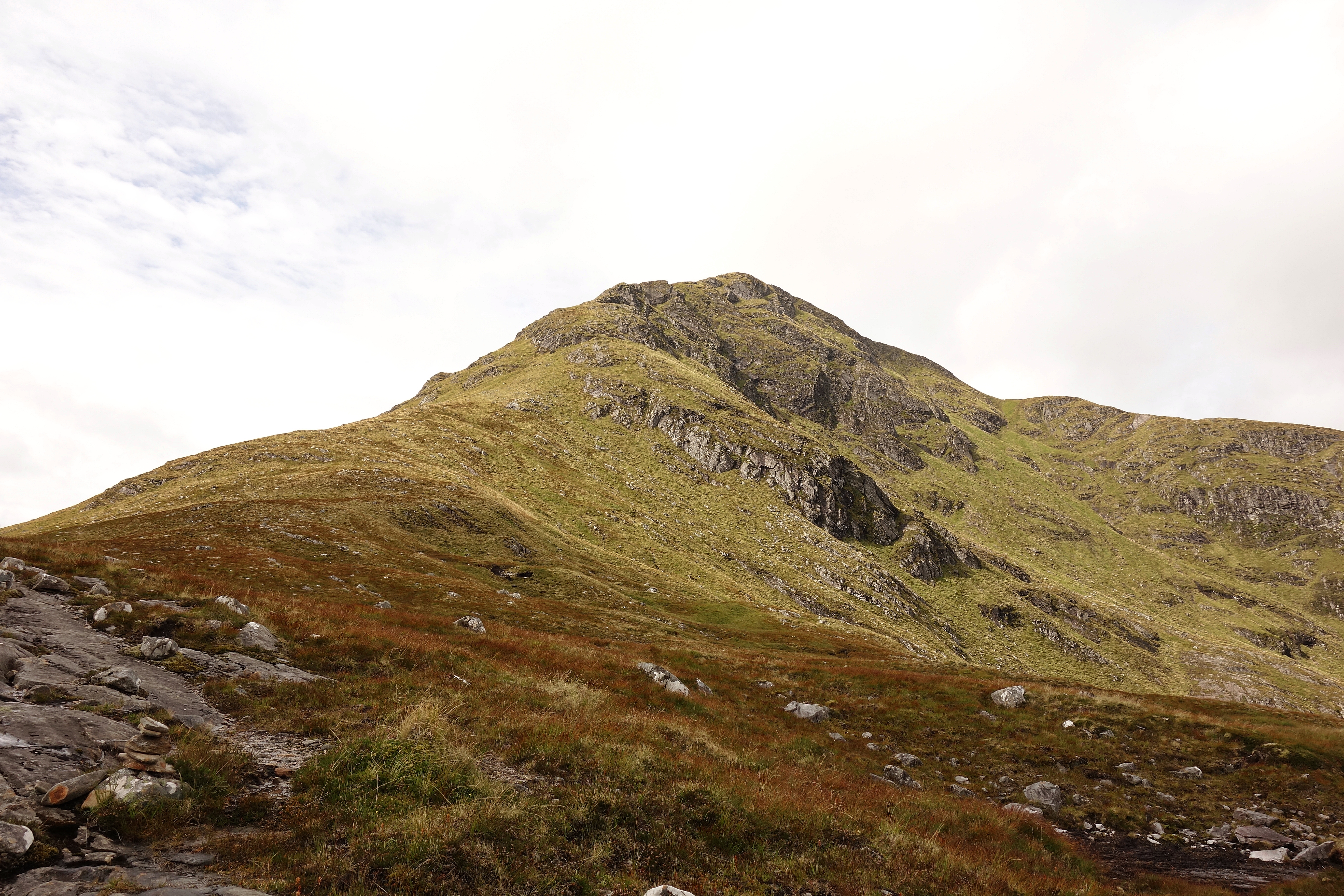 We stopped a while to look at the views, it feels quite remote here, the path winds its way up the mountainside the views getting better and better. There's a little scambly bit just before the last pull to the summit then it becomes an easy plod to the top 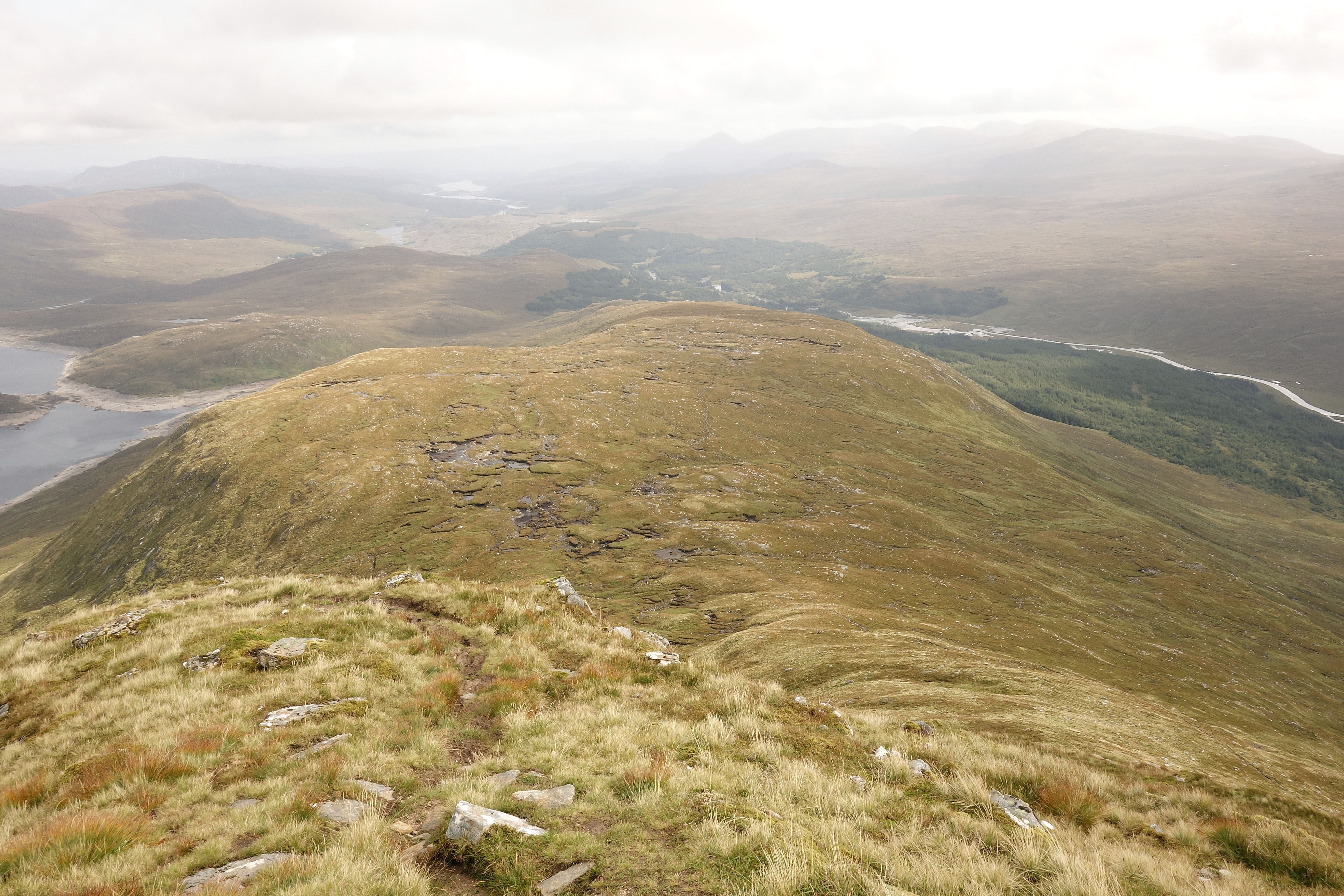 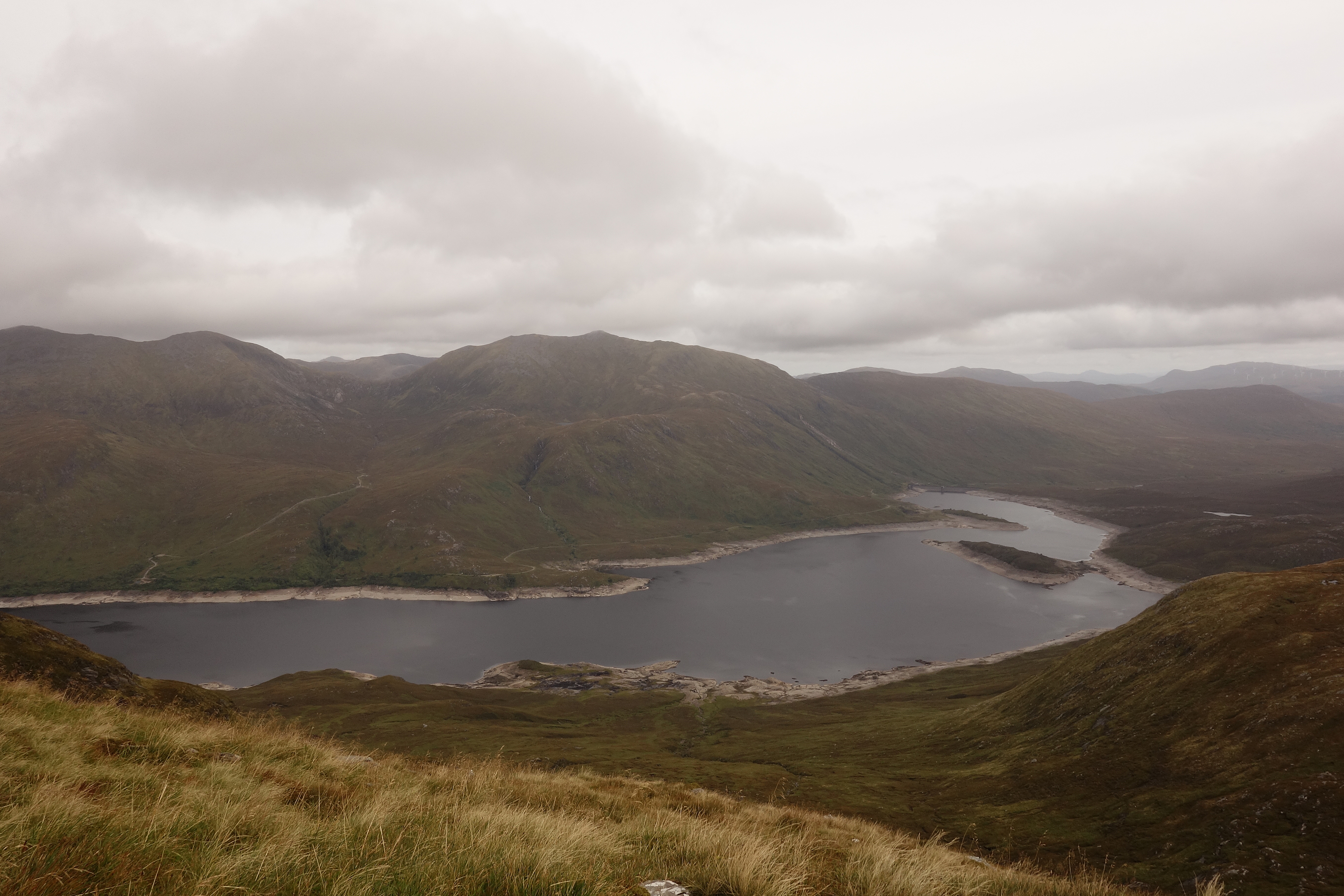 When we reached the summit the views were a bit subdued, cloud had started to bubble up, to the west we could make out the Loch Arkaig Munros with Sgurr na Ciche just visible, Sgurr Mor looked reasonably close, Knoydart was just visible, cloud was just brushing the highest tops. 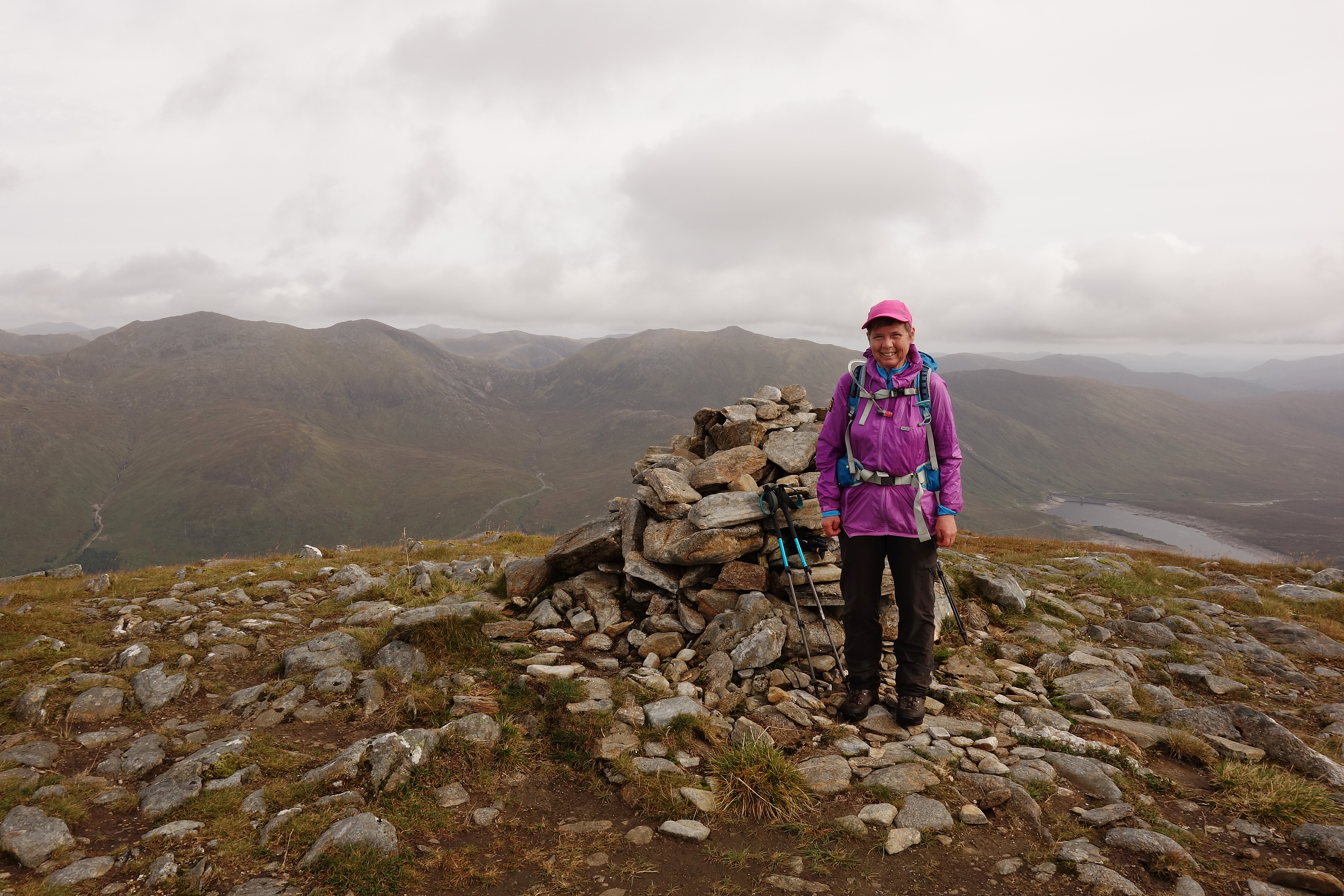 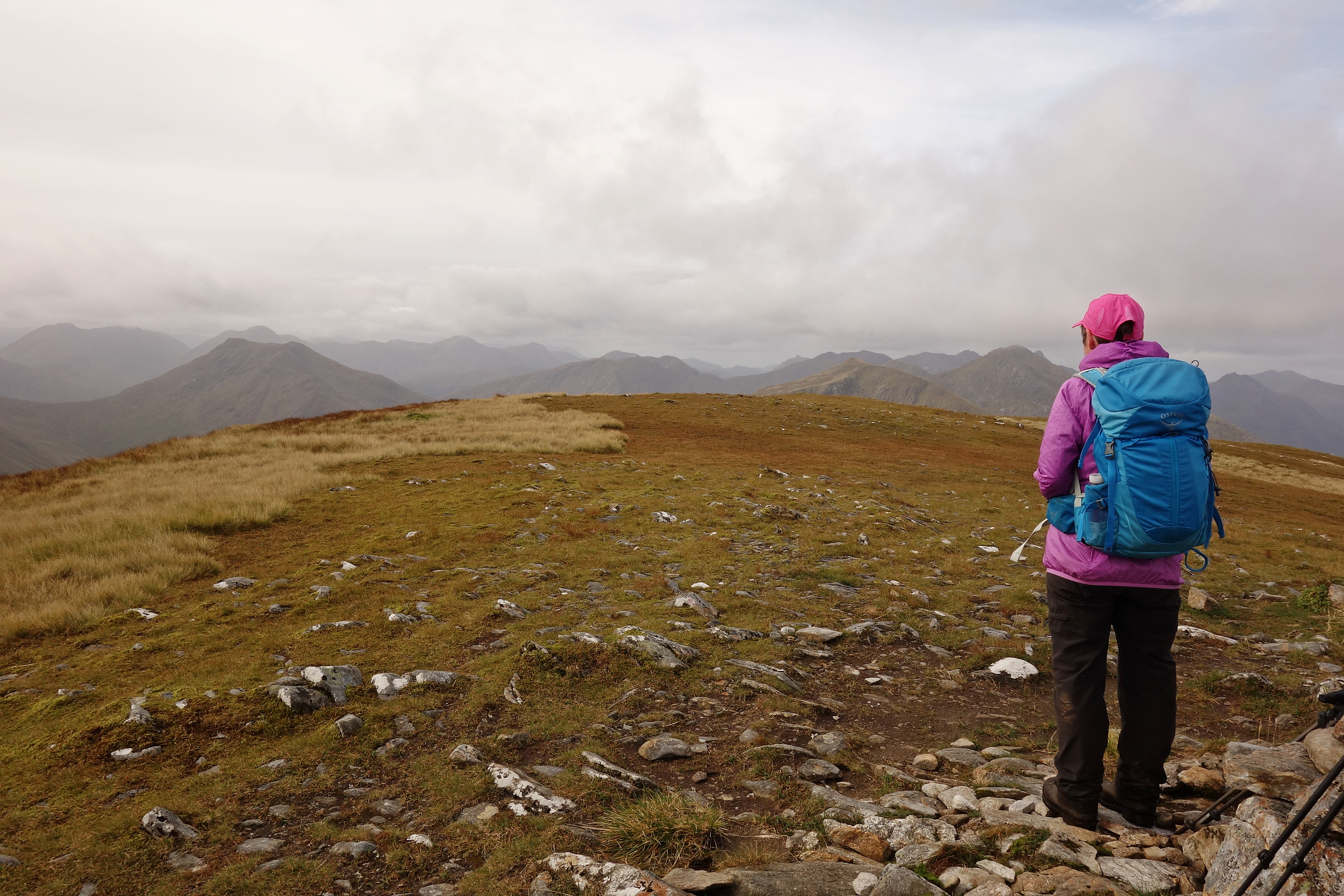 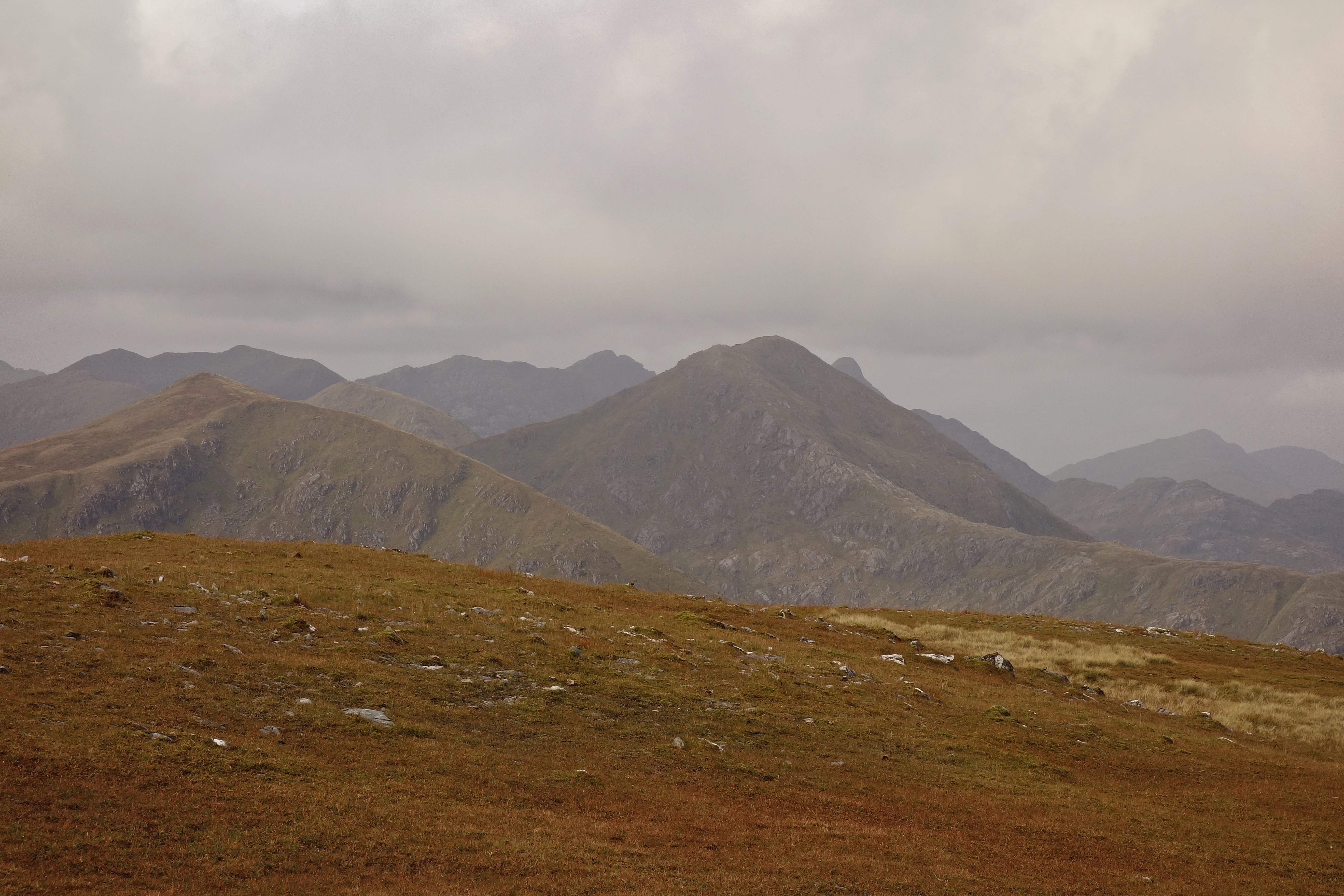 We could make out Beinn Sgritheall rising steeply above Arnisdale reminding us it was one we still had to visit, 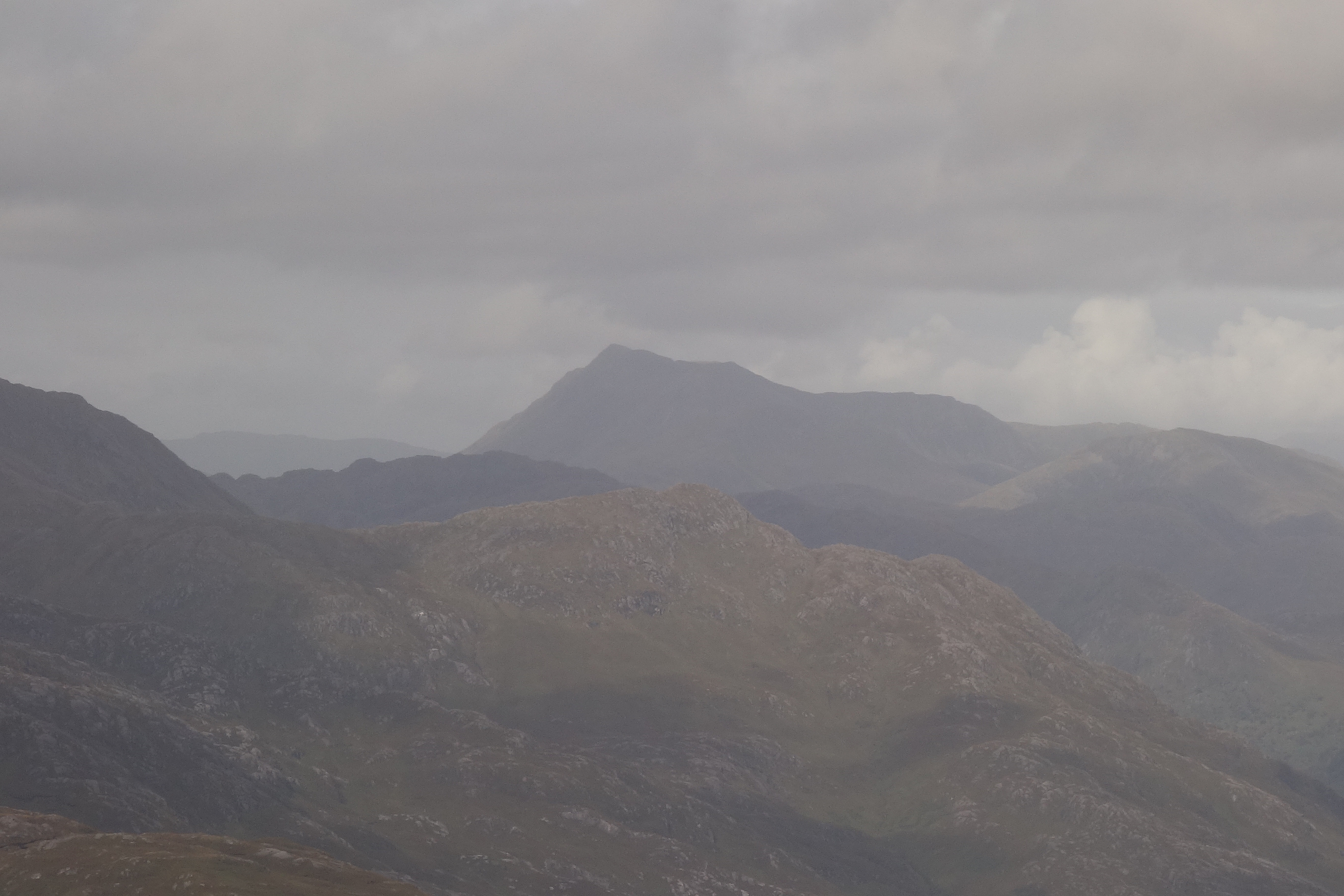 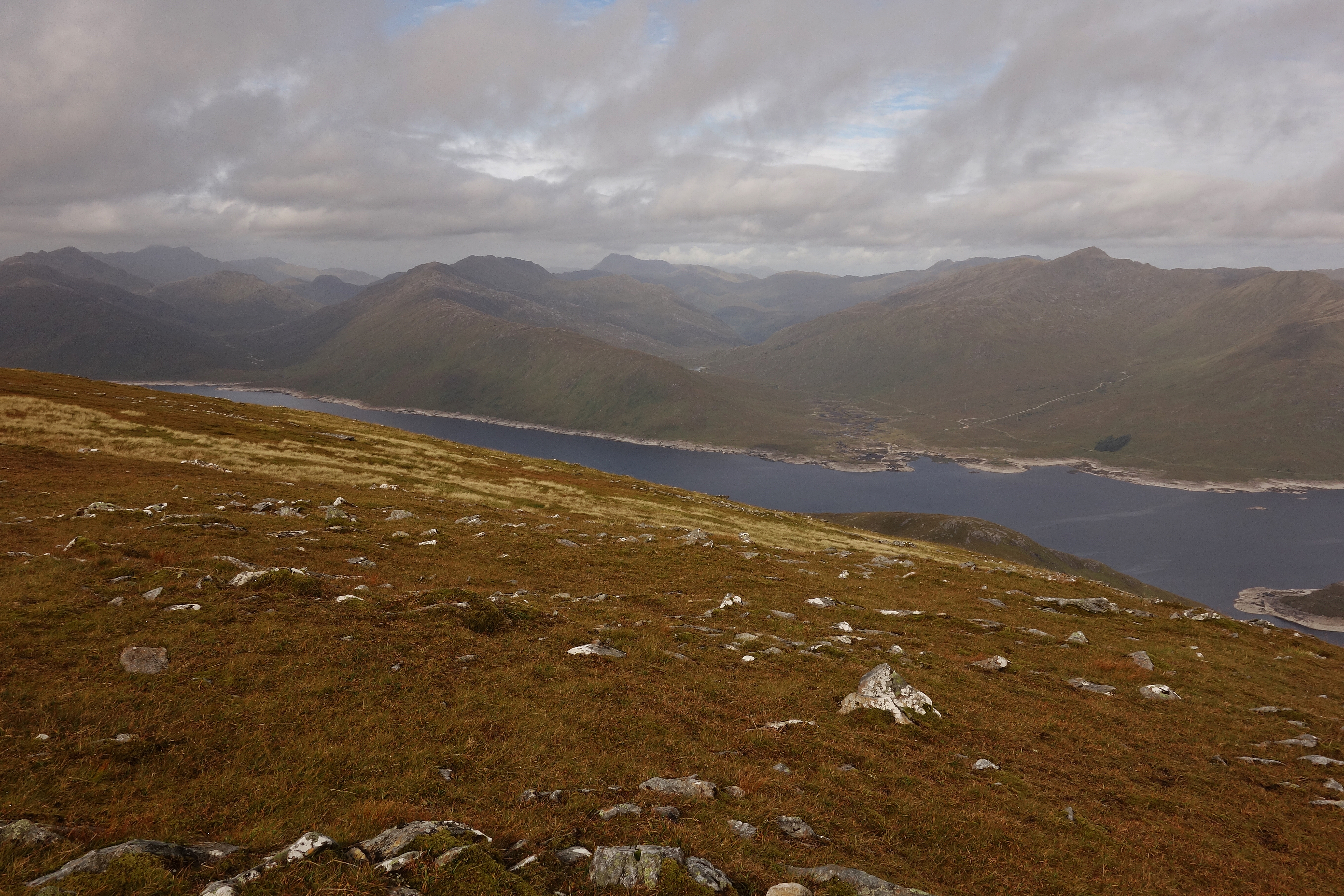 Further to the right of it we could just make out The Saddle and Sgurr na Sgine two more we have to do, Gairich is a fantastic viewpoint, well worth the effort to get to the summit.

We spent a while on the top, this is a very enjoyable munro to do, looking across to Spidean Mialach we could see what we thought was the summit a few years ago, the summit proper was probably only five minutes further on 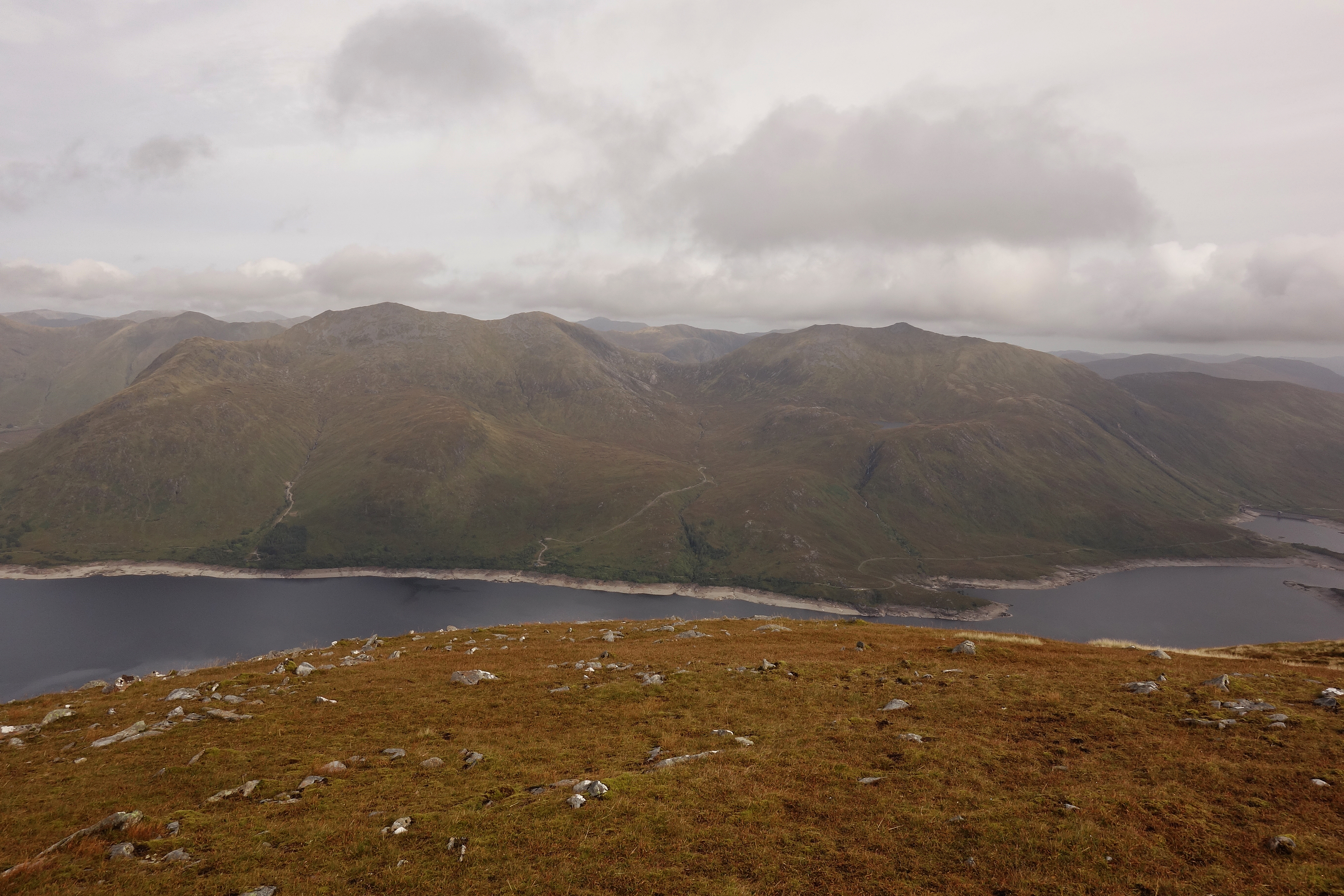 We had a good look at Sgurr a' Mhaoraich, clear of cloud, pity it wasn't like that a couple of days before when we did it for Denise's 200th. 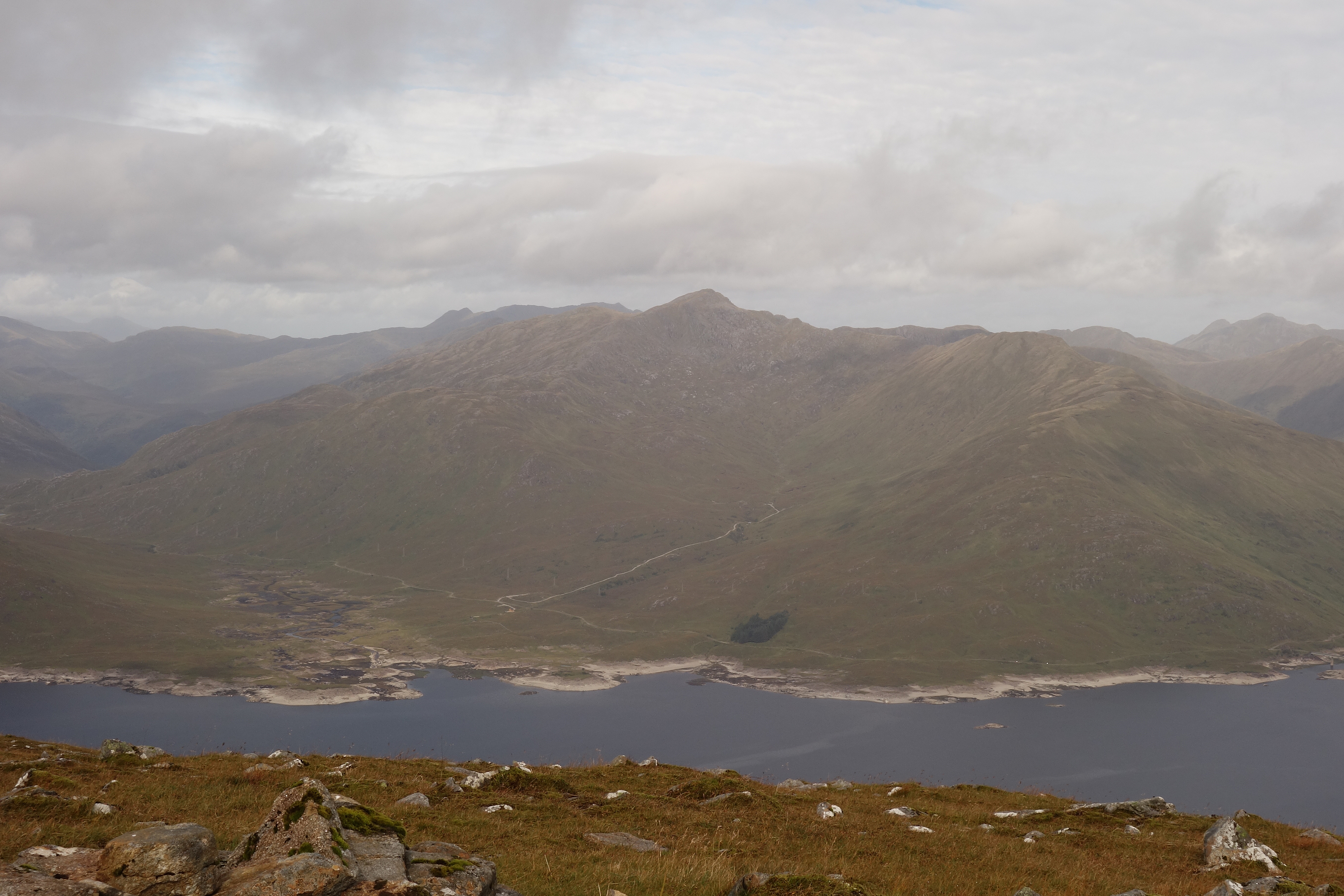 We set off down, retracing our ascent route.

There was one mountain we could see that looked well worth a visit, Ben Tee, that's definitely on the Corbett to do list 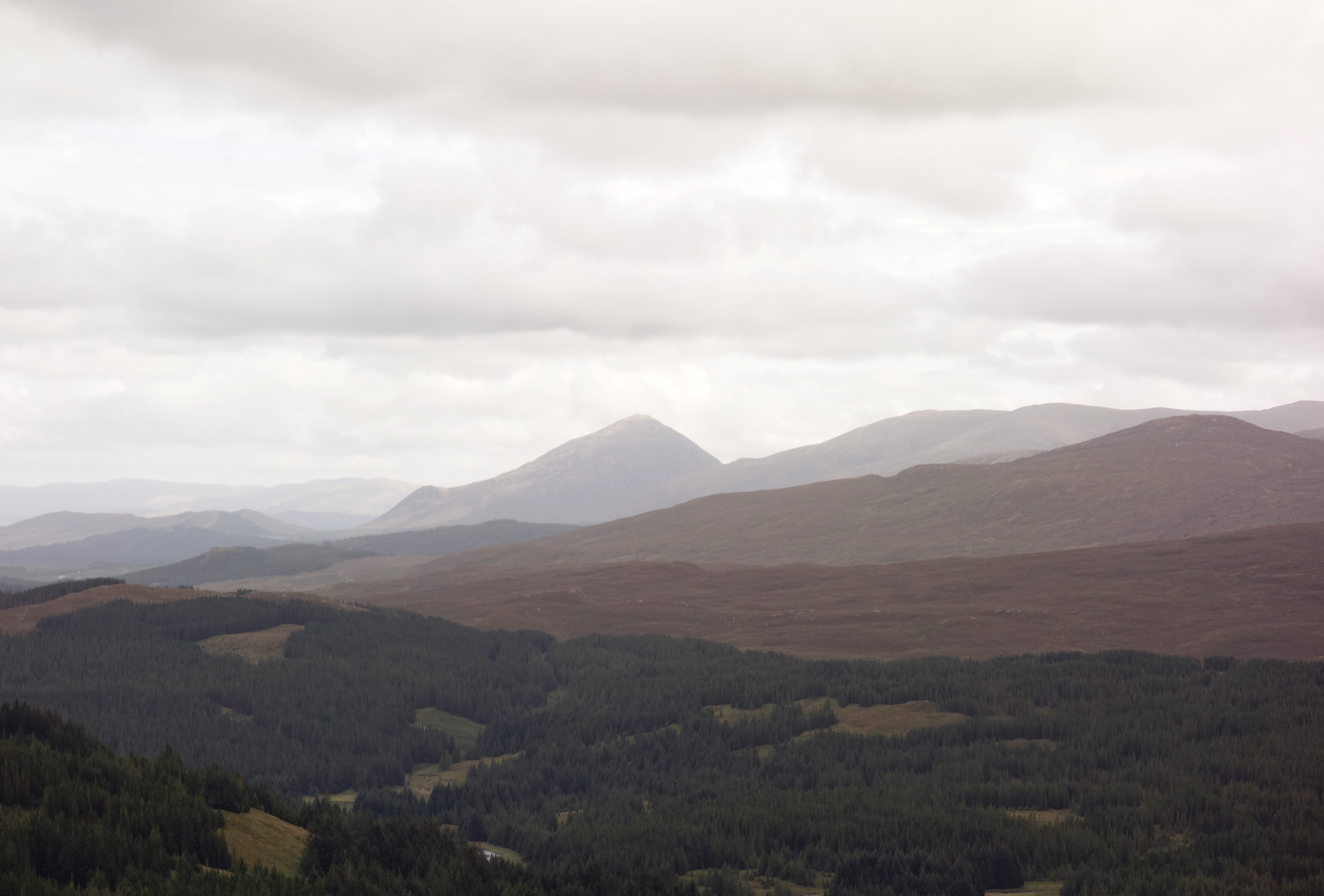 We just about survived the boggy bits without issue except for one little mishap not far from the dam, I was tramping through the wet bits on the path, being careful not to end up knee deep, Denise was following step by step except for one bit, she followed me over what looked like solid ground, it was for me, she went slightly left and ended up knee deep in wet peat, unlucky for her, lucky for me, we're only talking a few inches

This is a nice uncomplicated day out, we really enjoyed it, we'd like to do it again when the views are less hazy.
It's just about on the edge of Knoydart and Glen Dessarry so we got the feel of how remote those mountains are, we've still to explore them, next year with a bit of luck