We’ve read a lot about scarring recently. Not the skinned knees or facial legacies of battles lost, but those cavalier landscape blemishes resulting from estates playing fast and loose with planning loopholes.

They say that golf is good walk spoiled but, earlier this summer, on a lengthy retreat from a visit to the Corbett Creag Uchdag, such scars sullied my own walk and made me wonder about the practicalities and likelihood of any promised restoration.

OK, the advice is not to send an email or make a social media post in immediate anger. So, I think a three month wait will suffice – not least because I’m very behind in writing up my jaunts and escapades. But, when I flicked back through the photographs and my notes of this walk, I still felt it deserved an airing, albeit a brief one.

You’ll see from the photographs, the walk itself was straightforward and largely enjoyable – if somewhat longer than I thought it was going to be in making a circular route possible.

Park up at Invergeldie, leaving the Ben Chonzie hordes to head their own way while heading in the opposite direction up to the Loch Lednock Reservoir. 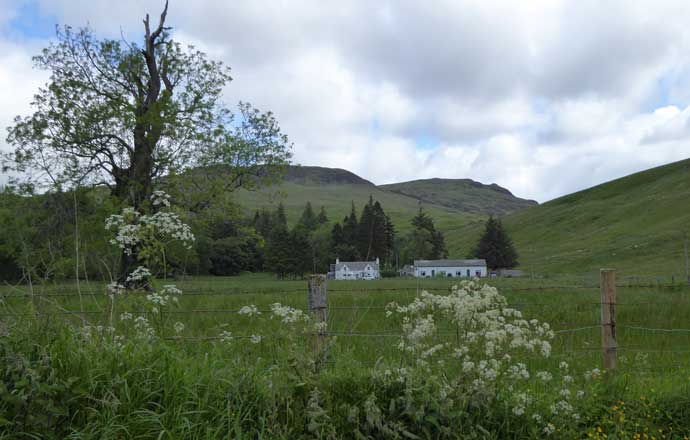 The start of the day at Invergeldie

Amble alongside the northern shore of the reservoir before heading upwards once the crags of Meall Dubh Beag have been passed. 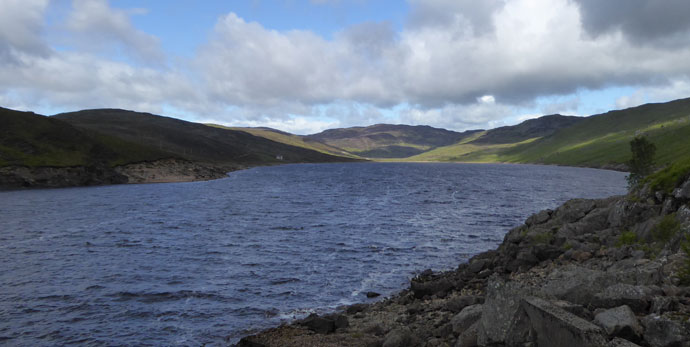 The Loch Lednock Reservoir stretches away to the north west

Stand for a while watching an eagle swoop and circle on the updrafts – and wish a big long lens was close to hand. 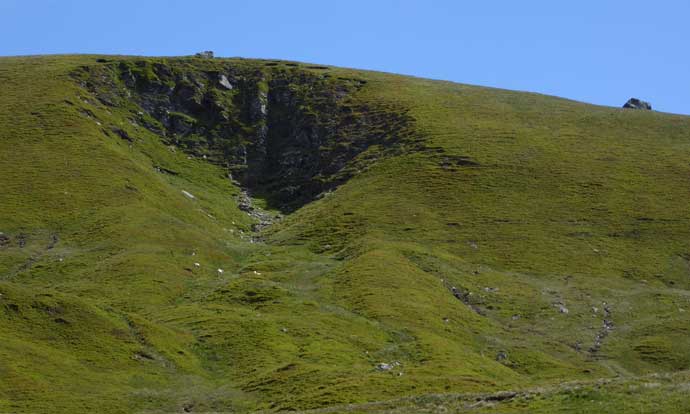 Head up to the shallow bealach between Meall Dubh Mor and Creag Uchdag itself – there might have been a path or track but the short grass and easy ground made finding it irrelevant. 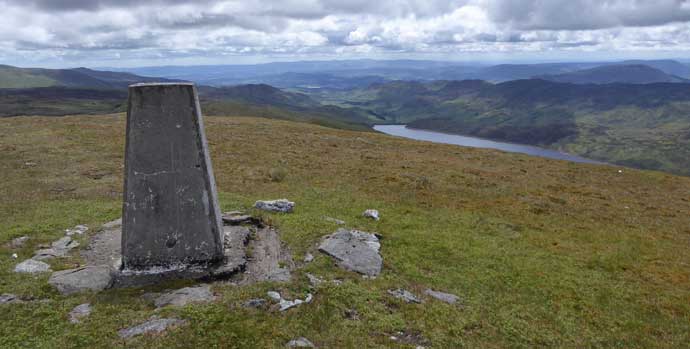 Lean against the trig point, observe the aerial gymnastics of the eagle again and scan the route north over Meall nan Oighreag and round to Meall Mor.

The view down Glen Almond entices the eye from the close-cropped grass of Meall Mor. Then, during the drop into the Allt a Charran, come across a huge scar that has been scraped across the hillside –appearing to be going nowhere up the glen. How wide does it need to be? It’s not as if a proficient ATV driver couldn’t cope with the slope. Answers on a postcard … 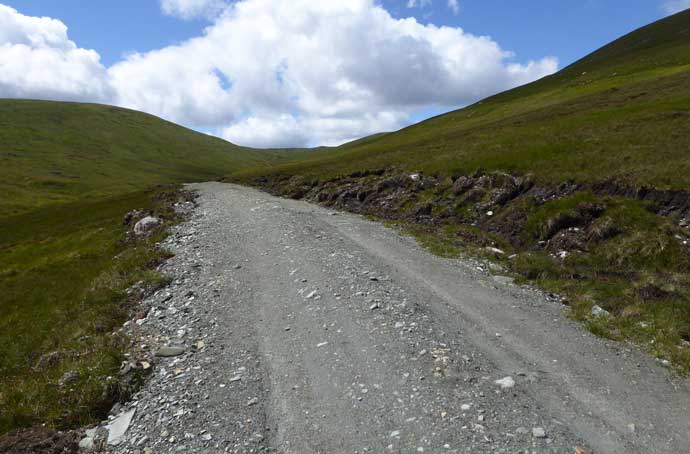 Do they really need something this wide - and what are the chances of vegetation re-colonising and softening the surface?

After contouring round eastwards below Meall Aiteachain, well above Dunan, the headwaters of the Invergeldie Burn are reached. 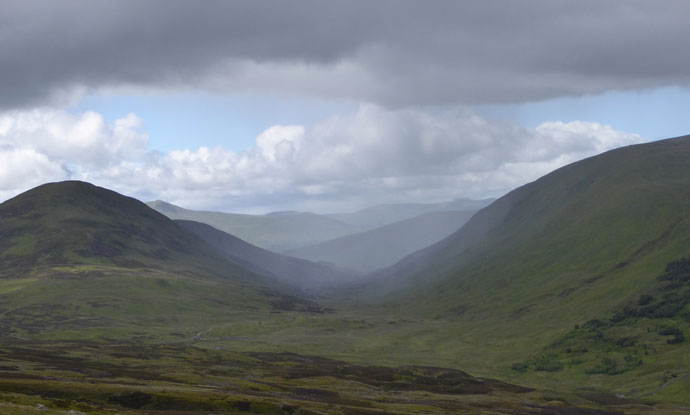 A squall approaches up the Gleann a Chilleine

And yet more excavation – that I couldn’t be bothered photographing. The existing track – no beauty but at least it’s blending into the surroundings and of a reasonable width – has been extended a few hundred metres so it can deposit clients in the middle of a bog. Oh please – again why? What has that extra stretch achieved?

My seething simmered and finally subsided on the lengthy walk back below the western slopes of Ben Chonzie, and I could finally enjoy the dying light and the end of the day.

Invergeldie burn heading to the end of the day

The walk had definitely stretched the legs and, apart from the aforementioned blemishes, been an exploration into an area not visited before. While wandering towards less-visited Corbetts gives a slightly greater sense of exploration, we’ve just got to learn to draw a veil over evidence that suggests that something akin to a motorway might be in someone else’s mind.
Or shout about it.

Re: Creag Uchdag and a restoration rant

Looks like a wind farm access road to me. 3 Estates seem adjoin at Creag Uchdag. Ardtalnaig (NE summit), Ardeonaig( NW sumit), and Invergeldie (S of summit) Ardeonaig seems to be your best bet for a wind farm possibly Auchnafree Estate adjacent to Ardtalnaig....not that my googling always turns up the right answer. Went to "Who Owns Scotland where the maps don't have grid references, so may be totally wrong.