The morning after the night before

The morning after the night before

Following Clive's completion and subsequent party in the bunkhouse in Tyndrum, I had gone to bed late (after Jackie turned up well after midnight) and got up far too early. While the drinking had been relatively sensible for me, the lack of sleep made things a struggle.

5 cups of tea later, we had persuaded David that rather than go back up Stob Ghabhar again today, he should join us on Beinn nan Imirean. This had the potential to add on Meall Glas and Sgiath Chuil if we wanted, which would have made a nice round. To be hoinest this seemed like a tall order today! Parked up at the start point in Glen Dochart by 11am, we were soon on our way. This was hardly the weather of classic days out, but compared to yesterday it was bliss. 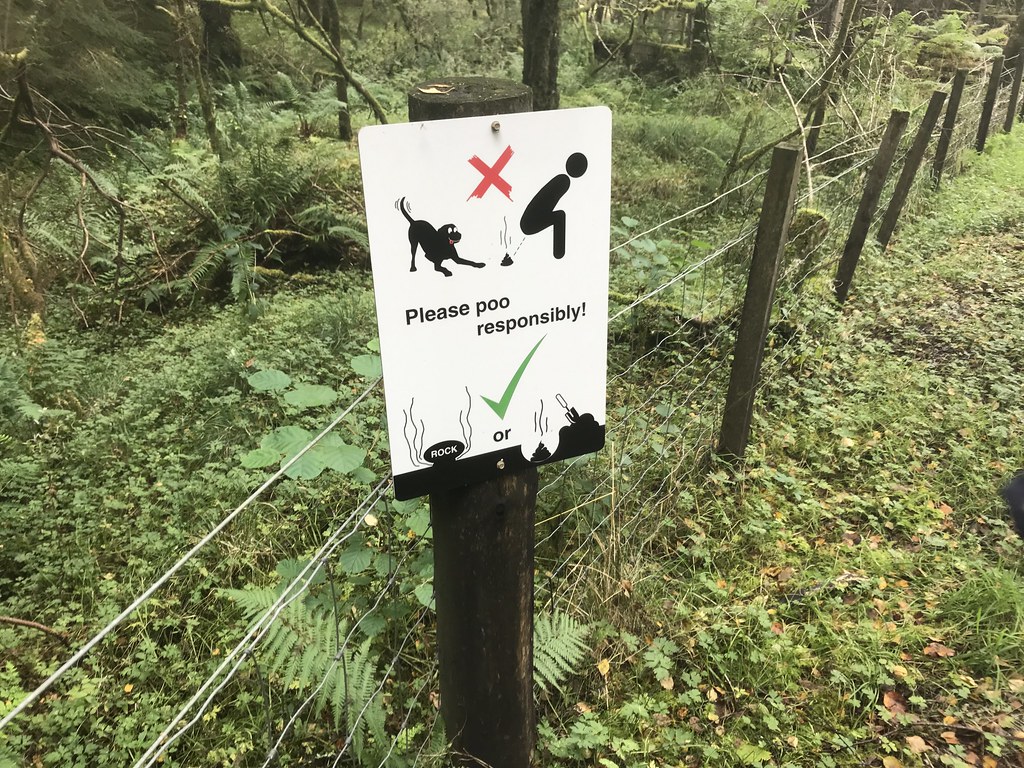 Once past the farm, there was a pretty decent path up the lower reaches of the hill. Even better was a new hydro road going in a similar direction, but since this wasn't present when I last came up here, I wasn't sure if it would go the right way. You can imagine Jackie's disgust when we crossed over it about 15 minutes further up the hill 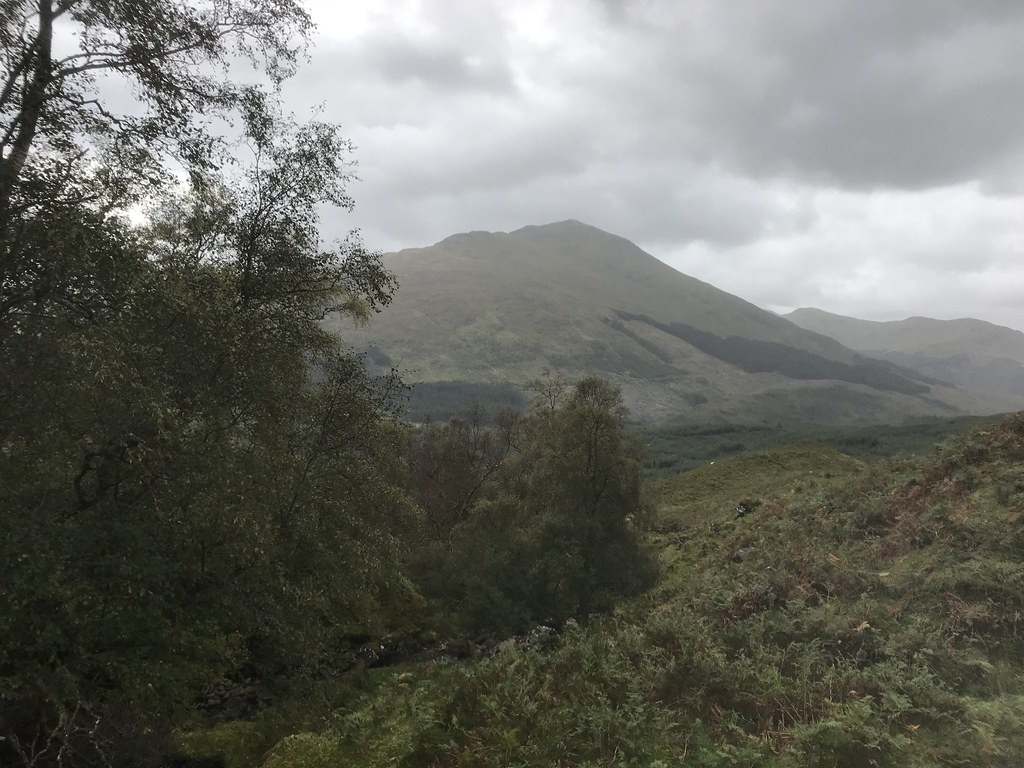 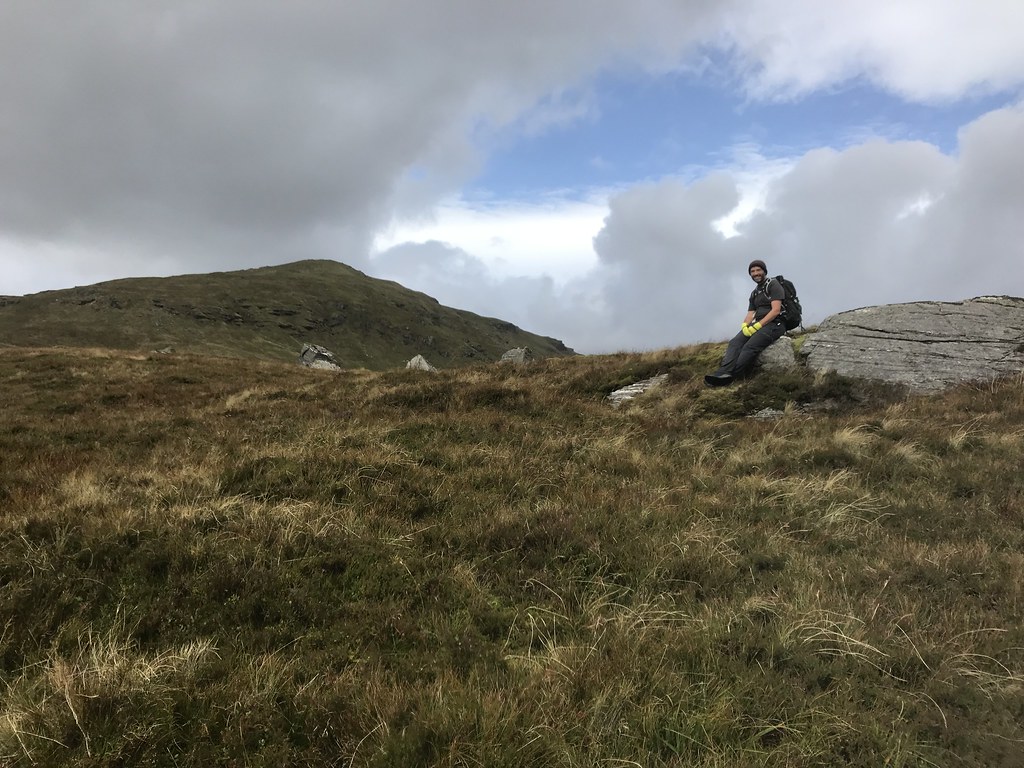 The going was a bit heathery higher up and we lost the path often, but it isn't too bad. After some time, we met the final cone of the hill and although steeper, the underfoot conditions were mostly easy turf. 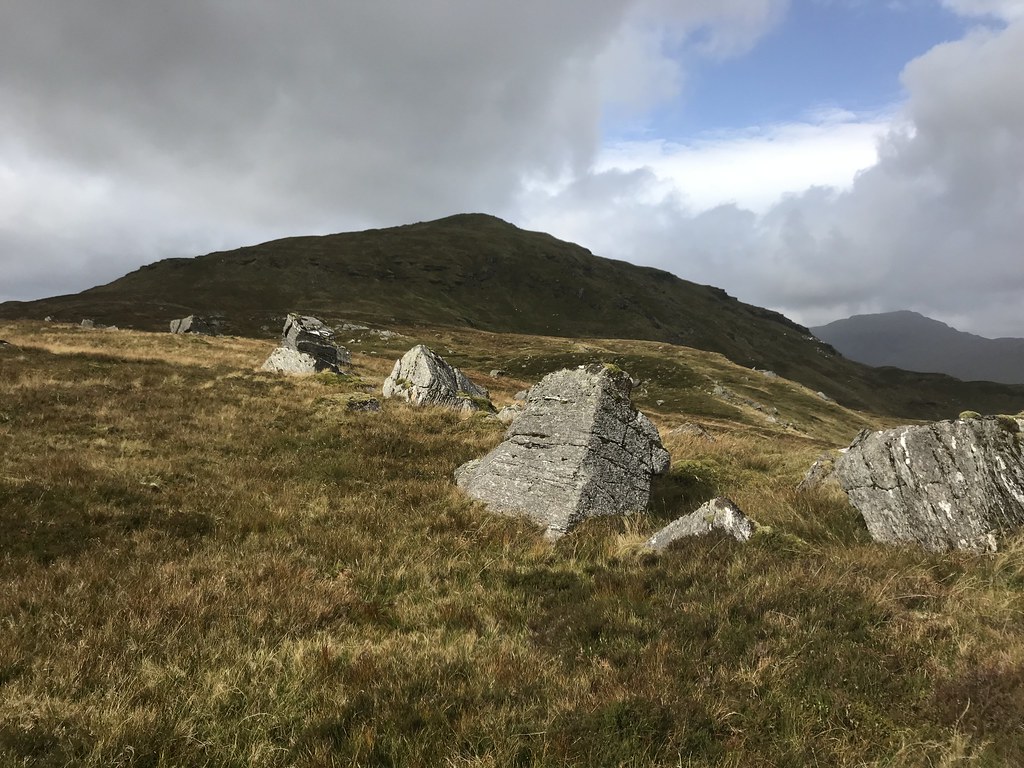 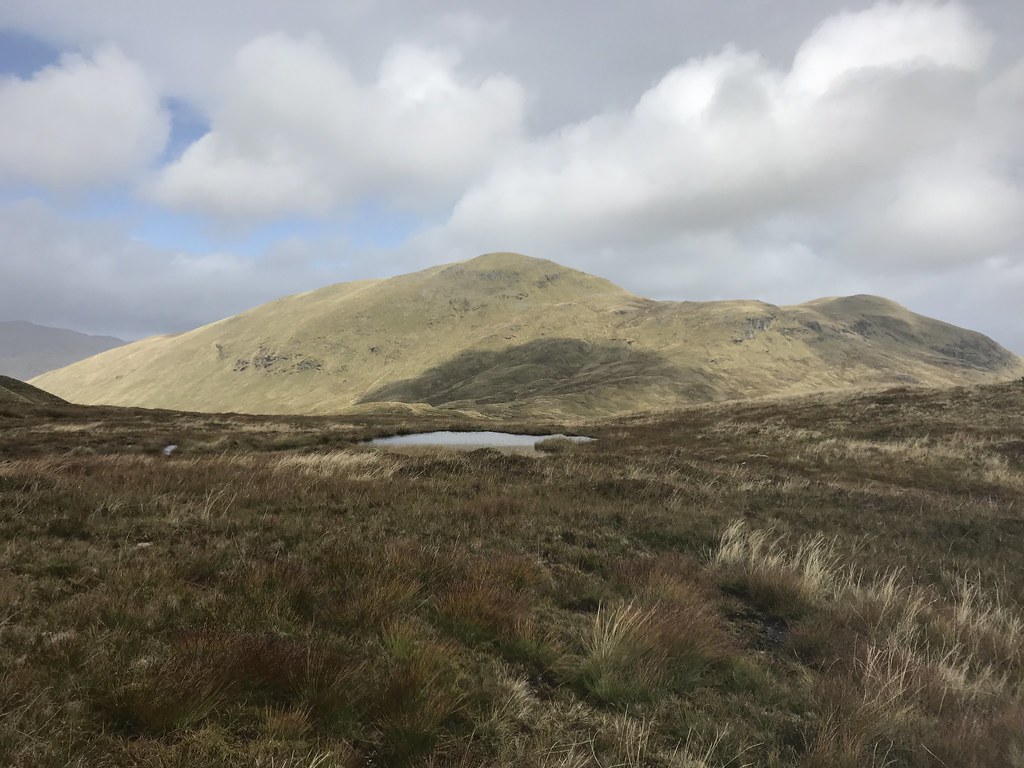 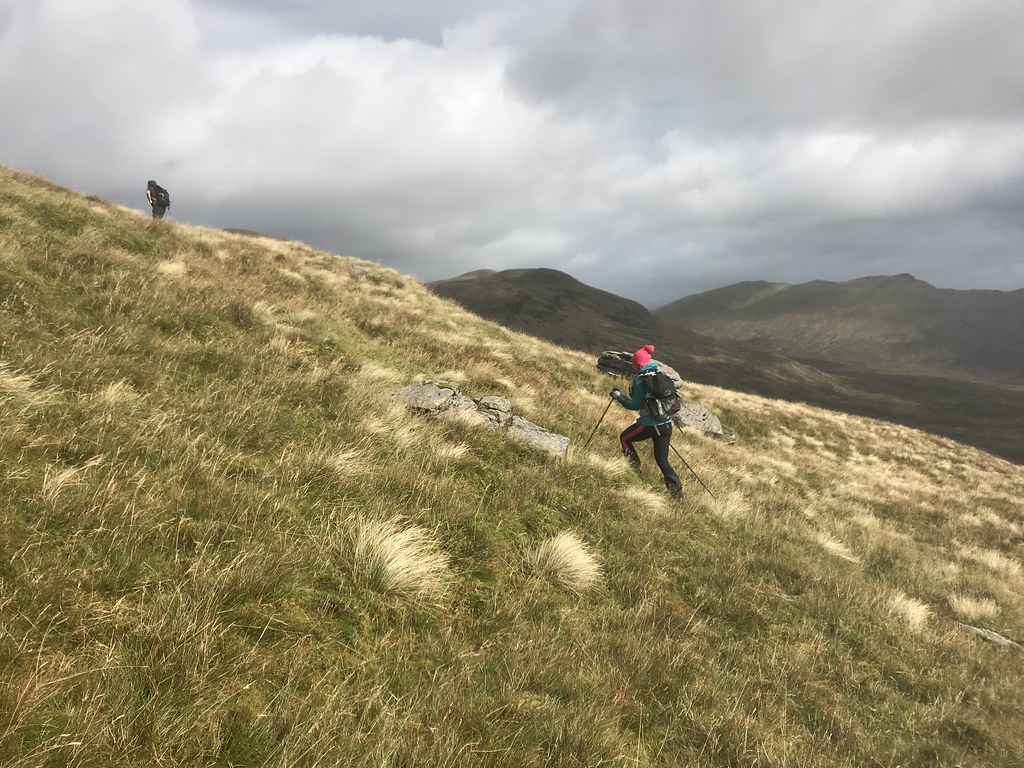 Jackie heading for the summit

Then we were up. Pretty breezy on top (and not particularly warm either), but the sun was out a bit on some of the adjacent hills. There is nothing particularly spectacular about this summit, but it has nice lonely views down into the head of Glen Lochay. Meall Glas and Sgiath Chuil don't look bad at all from this side either, despite being dismissed often as boring lumps (including by me - I've only been up them once each, and the weather was rather grim, so I don't have particularly fond memories of them, and little reason to return). 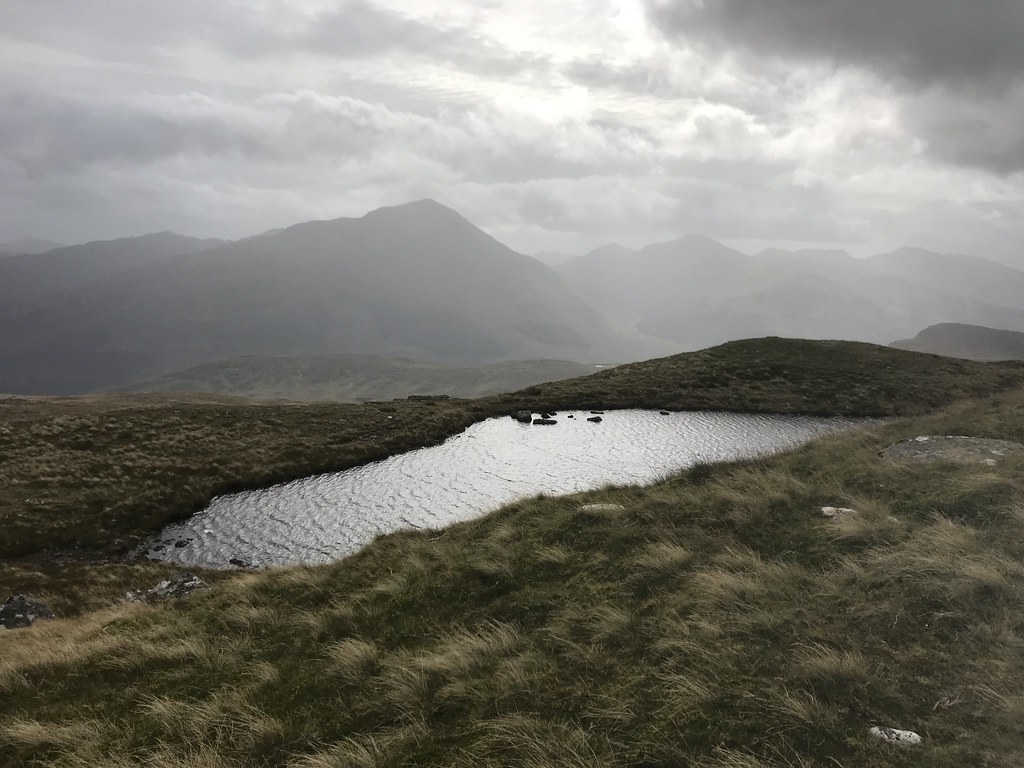 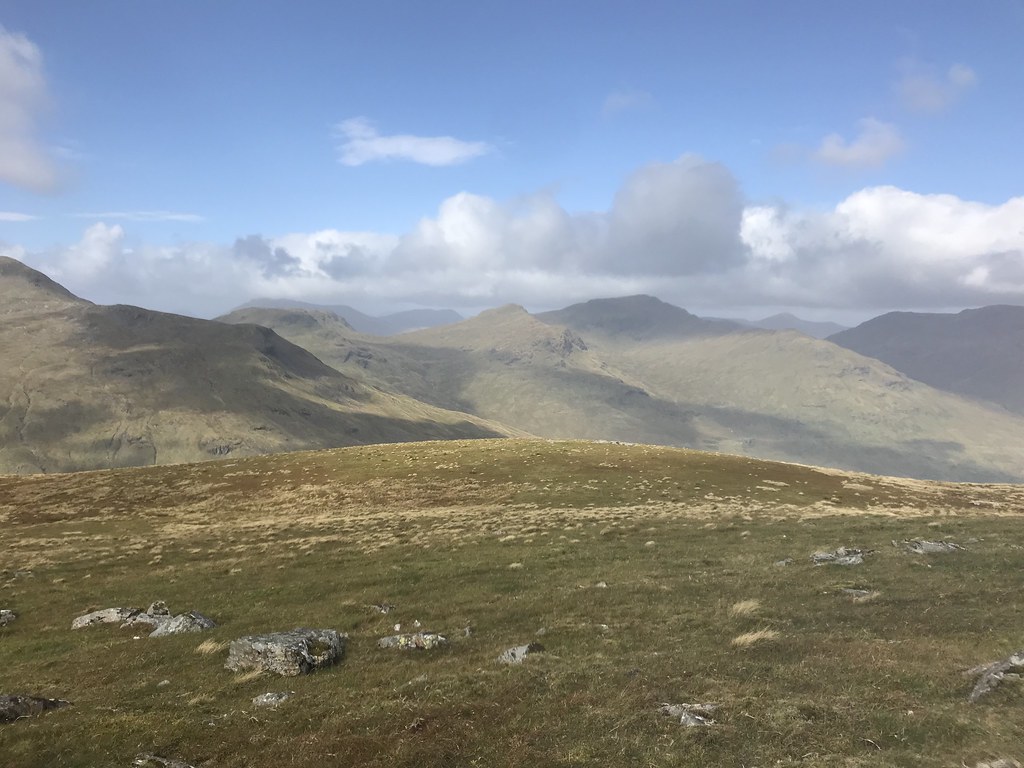 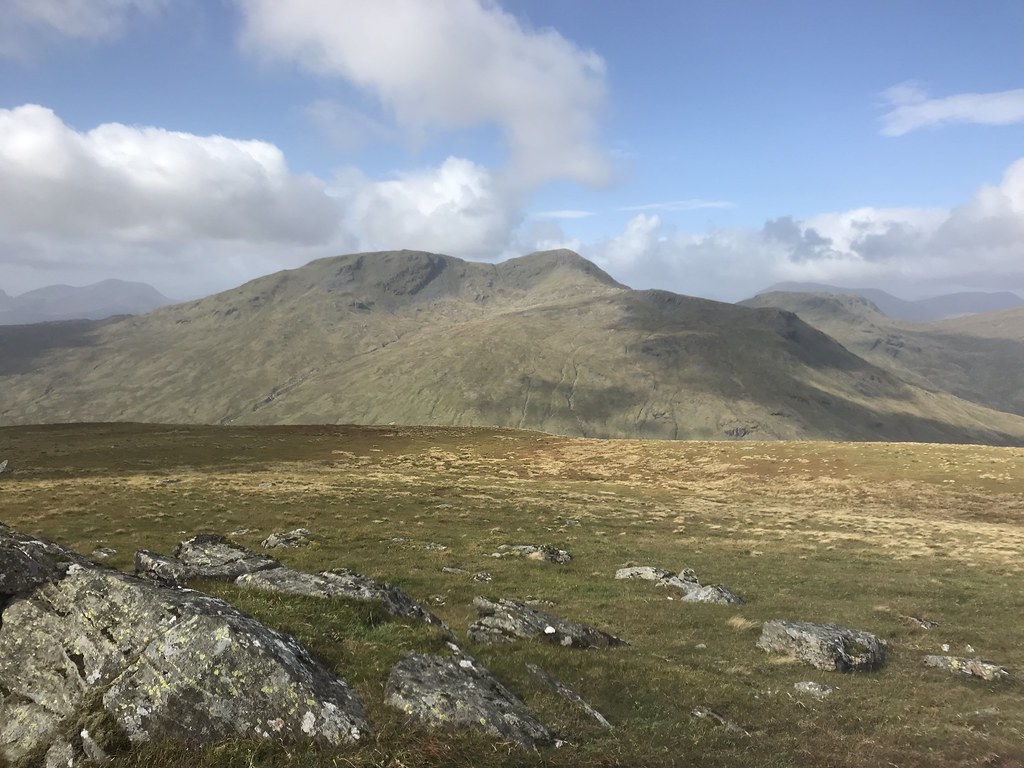 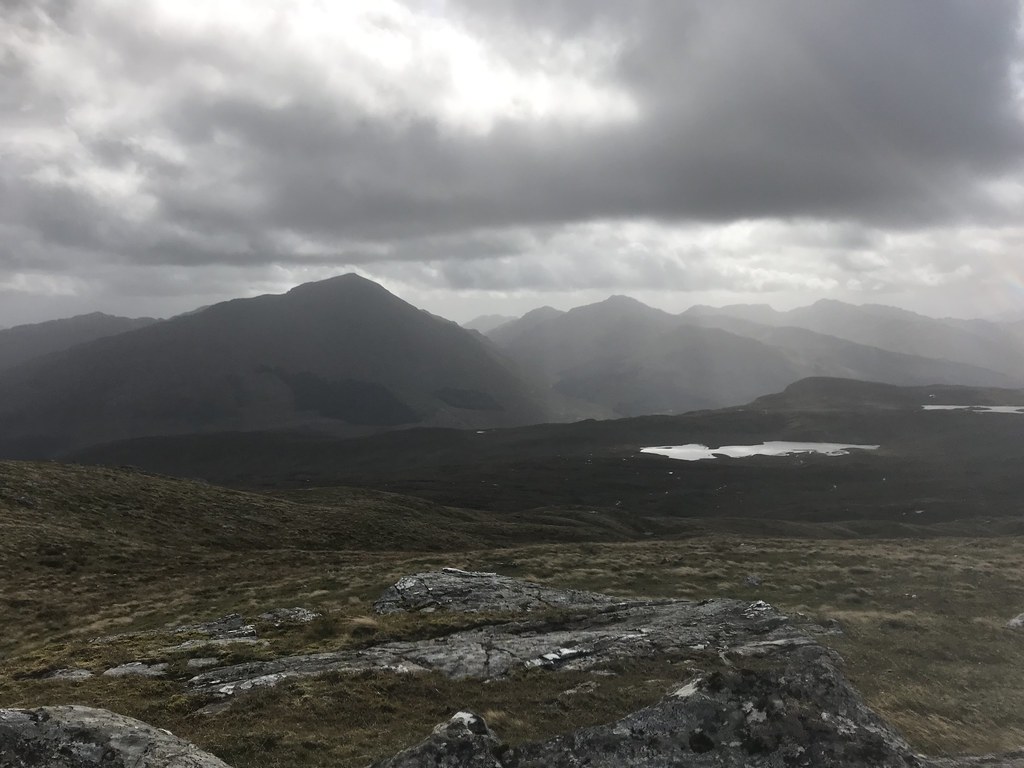 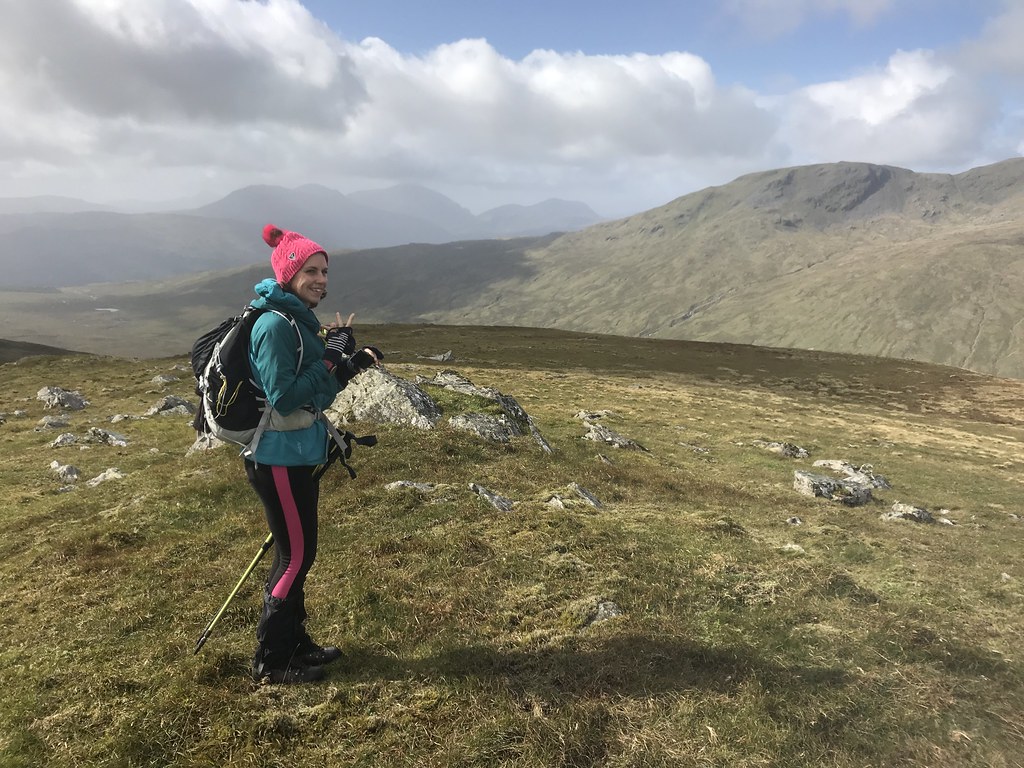 After a quick snack, we discounted Meall Glas due to laziness and descended largely the same way as we had gone up. This was Jackie's first outing on a hill in a couple of weeks, and following a cold, she wasn't feeling fantastic, so we dropped down the hydro track when we reached it. I was surprised at David for not carrying on, being the bagger he is, but I think he might have overindulged slightly last night too 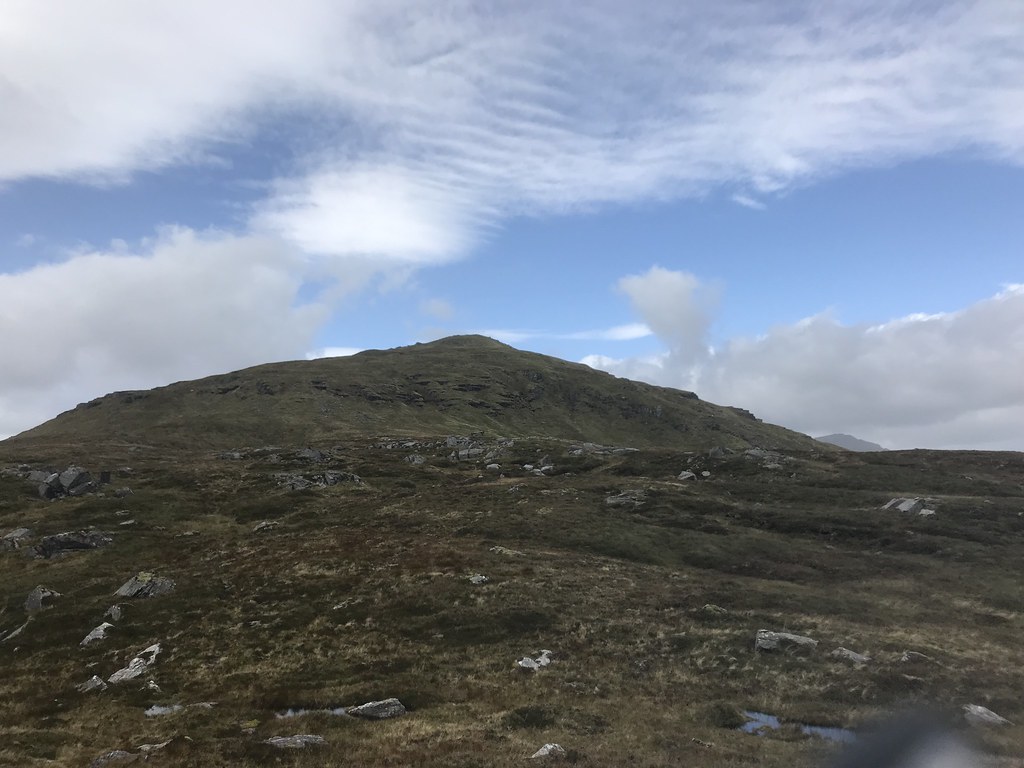 Great skies on the way down 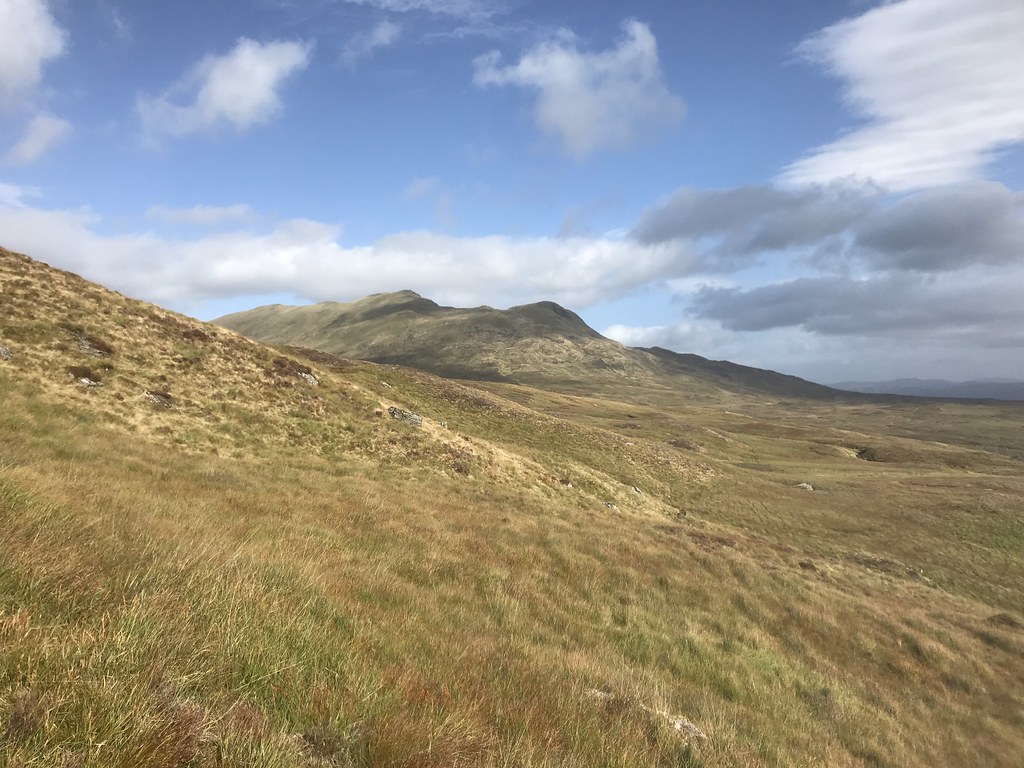 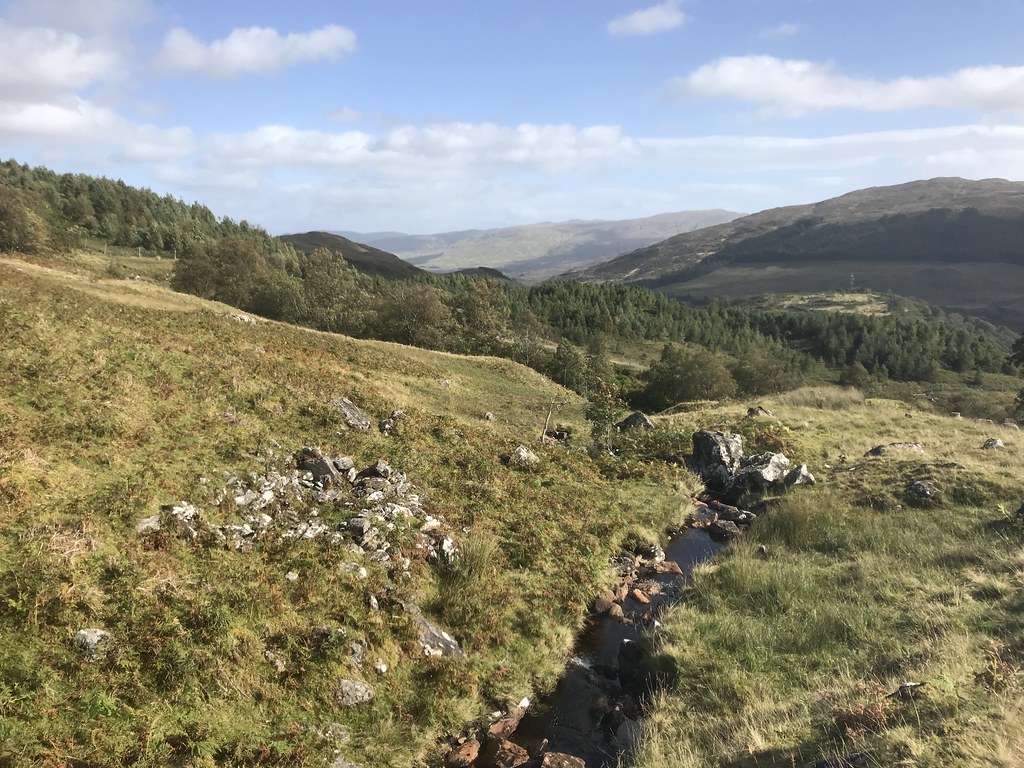 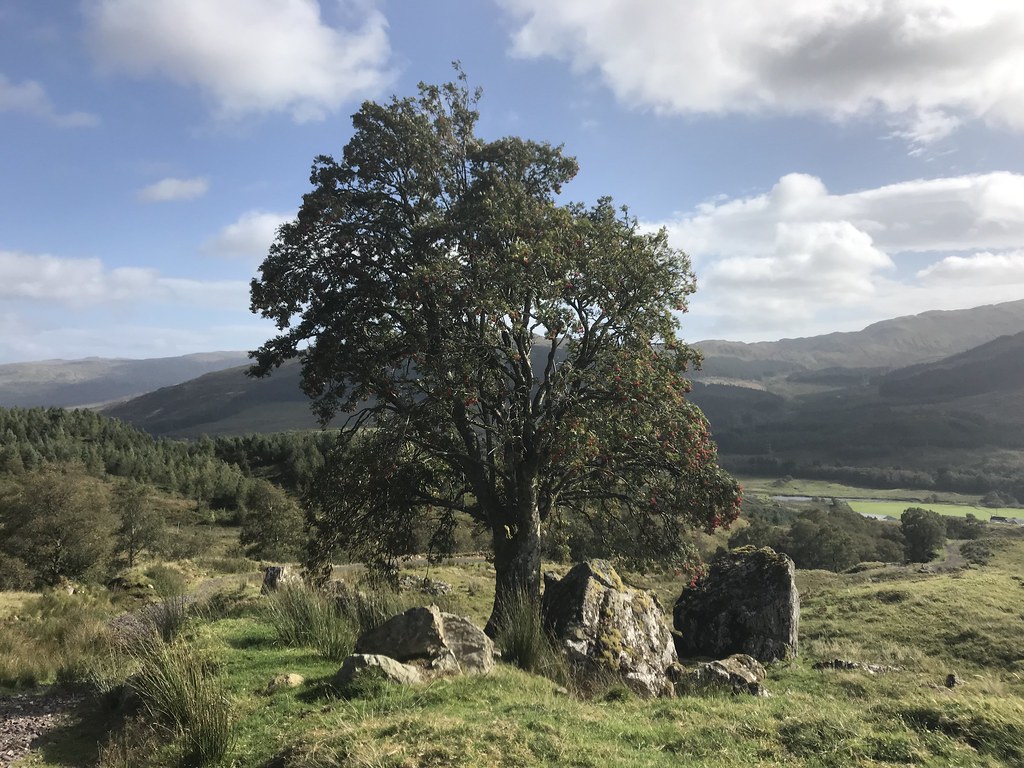 Then it was time to head our separate ways - David back to Edinburgh, Jackie and I to Glasgow. We were grateful for the early finish.