At 189 Munros and 137 subsidiary tops it's a late start for me to post my first walk report. I've been meaning to document routes that take in Munros and their subsidiary tops as there are few resources for those interested in going for all sub tops. So I'll start with the epic Bidean nam Bian: This route goes up the nose of Beinn Fhada and gives a really nice ridge walk before getting to the first munro. I couldn't find much info about this approach but it was pretty straightforward.

The route starts at the Buachaille Etive Beag car park. From here you follow the path until it splits off. Going right crosses the burn. At this point you head for a little cleft in NE of the nose. This is quite steep and completely pathless but there is never any real exposure, provided you stay away from the crags, so makes for a really fast ascent.

Looking back while ascending the nose.

At about 650m you have to cut back northwest a little to avoid some crag bands then once you're on the ridge it's plain sailing from there. The ridge has spectacular views of Gearr Aonach and Buachaille Etive Beag. 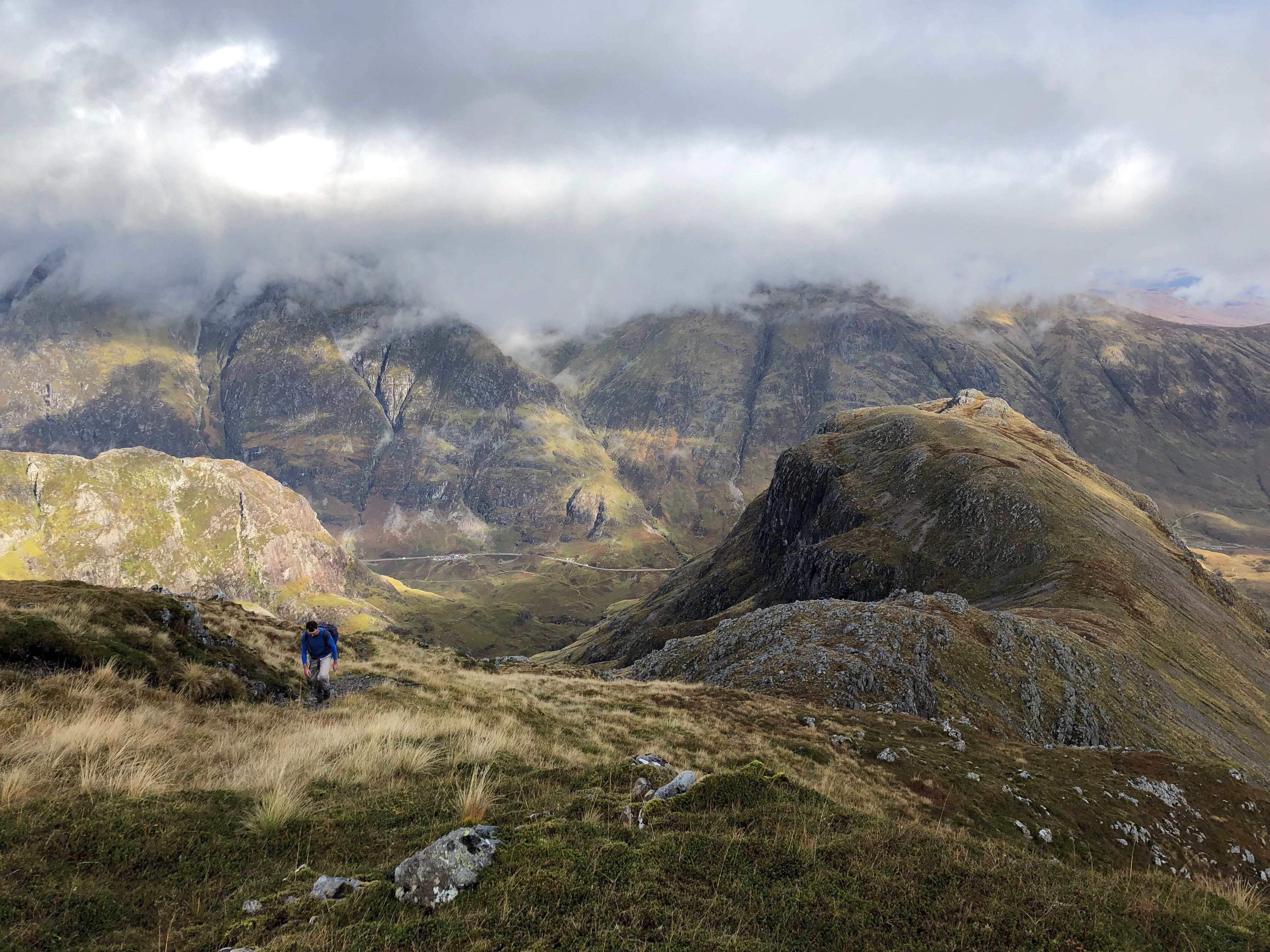 The next real hurdle is the Bad Step up onto Stob Coire Sgreamhach. This looks pretty intimidating but up close there are some obvious lines to scramble up. The rocks were extremely wet and slippy so we cut left and scrambled up a steep little gully instead of taking it straight on. This would be quite the effort in Winter if snow conditions aren't favourable.

At the top of Stob Coire Sgreamhach we met a guy who wasn't looking forward to descending into Bealach Dearg. Indeed it looked steep and scree covered. However, our route continued on to Bidean Nam Bian. From there, heading West and doubling back to pick up Stob Coire nam Beith. Back up and over Bidean nam Bian we stopped to have lunch and admire Stob Coire nan Lochan and the Lost Valley 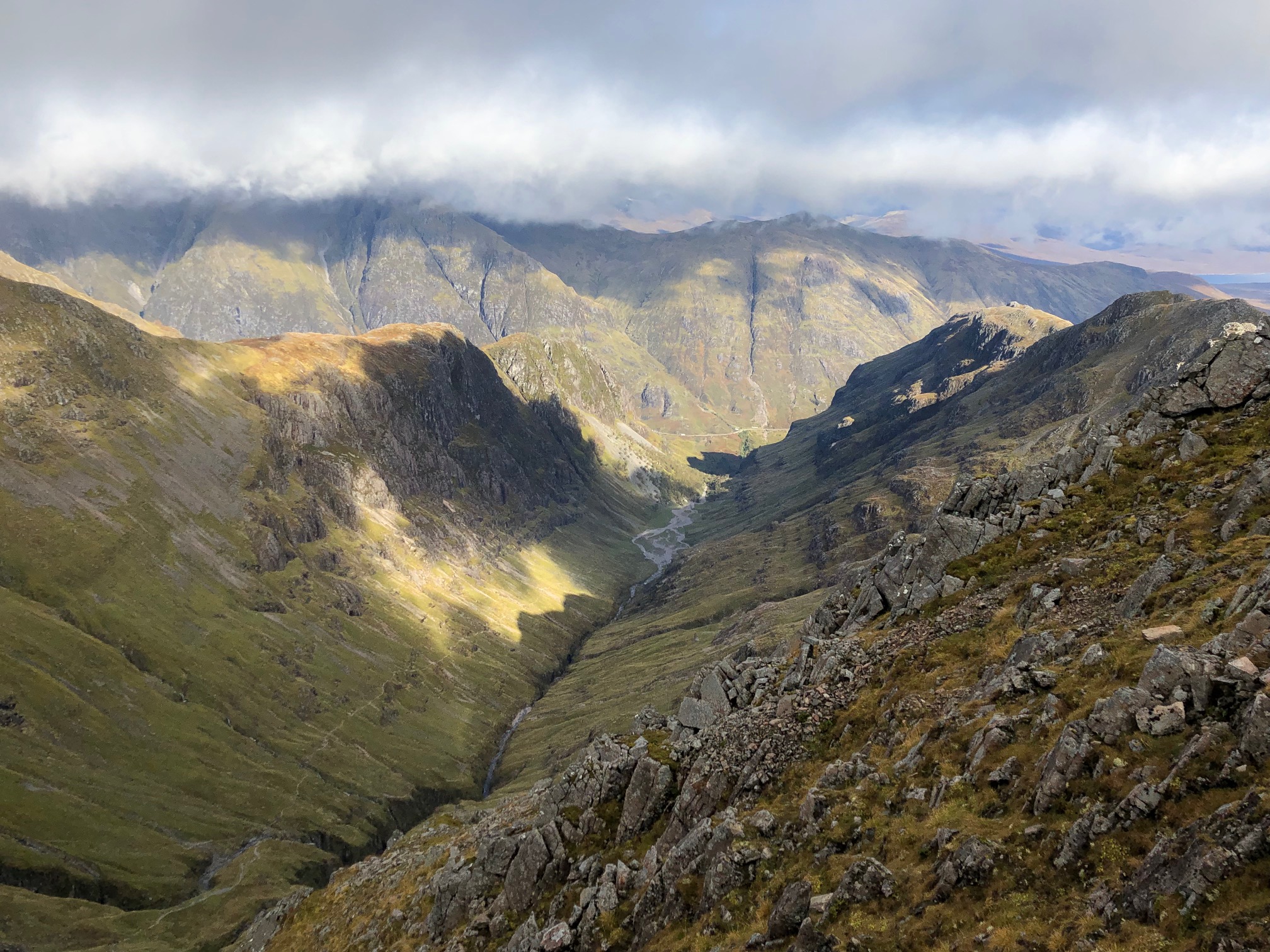 From here we headed over Stob Coire nan Lochan and took time peeking over the various buttresses and gullies. The views were made more ominous as the clouds were passing through. 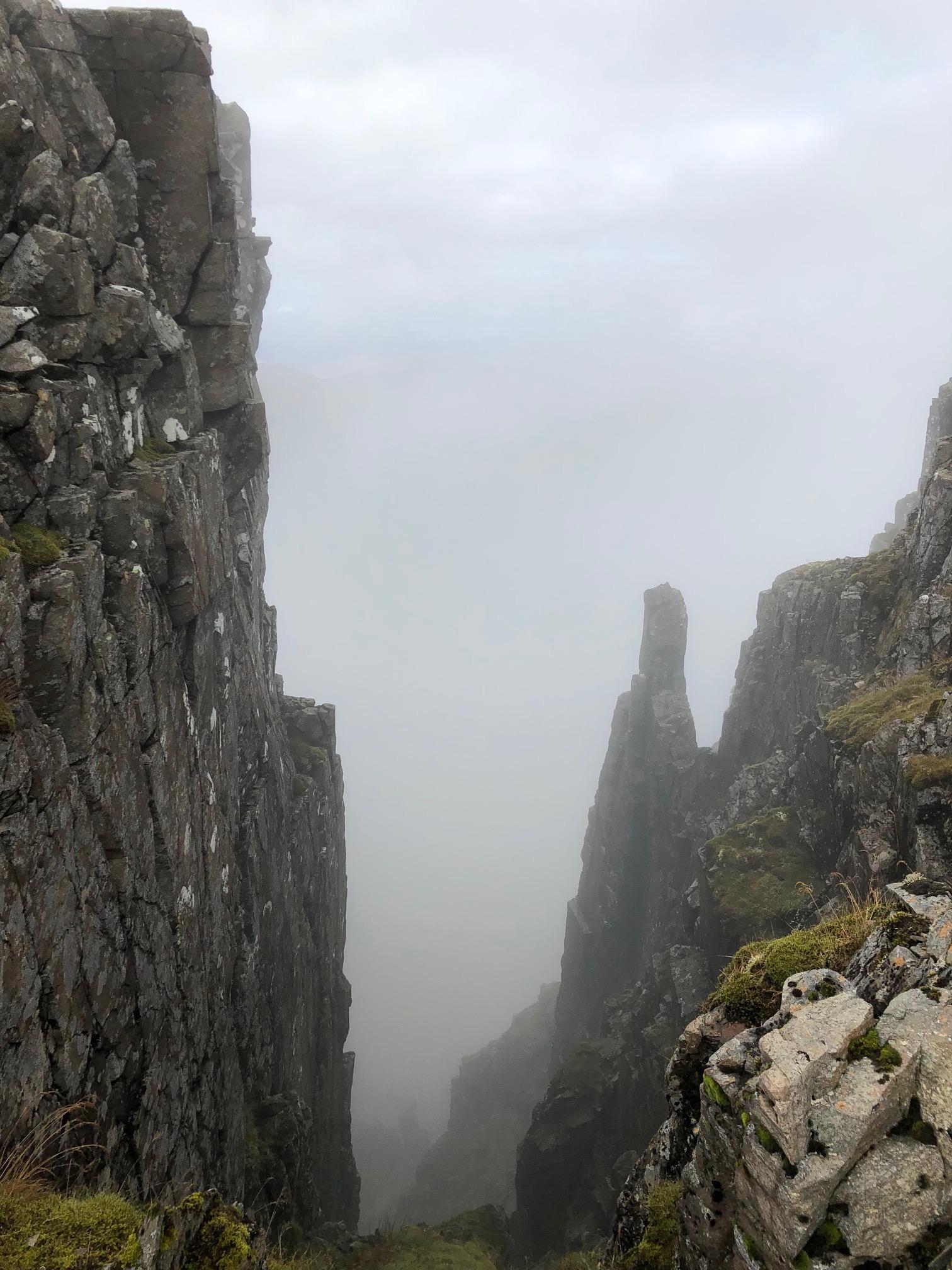 From here we followed the path down to a wee lochan under Aonach Dub all the while admiring views across to Aonach Eagach when the cloud permitted. From there its a steep but well walked path down to Coire nan Lochan.

Back on the brilliant staircase path down Coire nan Lochan we heard what we both thought was a blood curdling scream. Looking about we expected to see someone falling off the mountain but it turns out it was just some climbers yelling on the cliffs Guala Laidir. 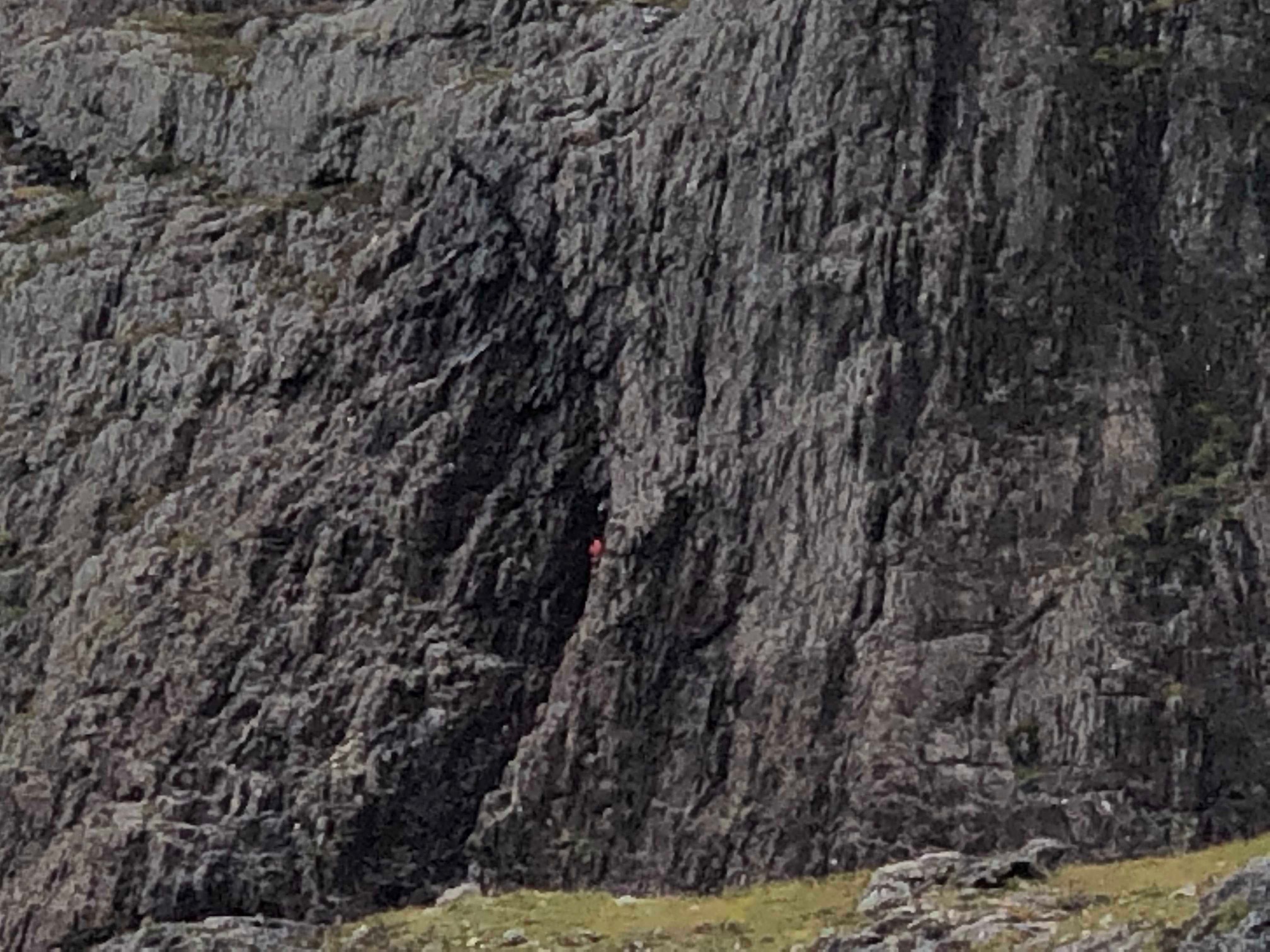 Once back to the three sisters car park it's a short walk back to the Bian car park using 'The Study' old road to avoid walking on the A82.

At just over 14km this is a nice circuit for picking up two Munros and four sub tops.