Of Corse it was easier with a bike

Of Corse it was easier with a bike

This little outing was yet another chance to say hello to another Borders hill on my way home from down south. As usual I didn't have as m uch time as I would like so I opted for Corse Hill, George couldn't make it but Parminder volunteered to keep me in check and make sure I didn't get lost.
I had posted a question on FB as to whether a bike would be beneficial and the general consensus was maybe. When you look at the GPS map on here it looks as if there is a good track virtually to the summit, so executive decision we would take bikes.
My route would start by the wonderfully named Carrot Cottage which is probably the nearest road or start point to the summit.
I advised Parminder I would probably reach the Carrot about midday and he was waiting patiently for me.
Parking could be a problem as there is possibly enough space for 3 or 4 cars.

Our parking, there was another car but it was away when we returned

Looks like that notice has been in situ a while

The grassy path is not really for cycling on, so a bit of pushing was the order of the day

Certainly not a well trodden path

Over the burn with the overnight rain in it 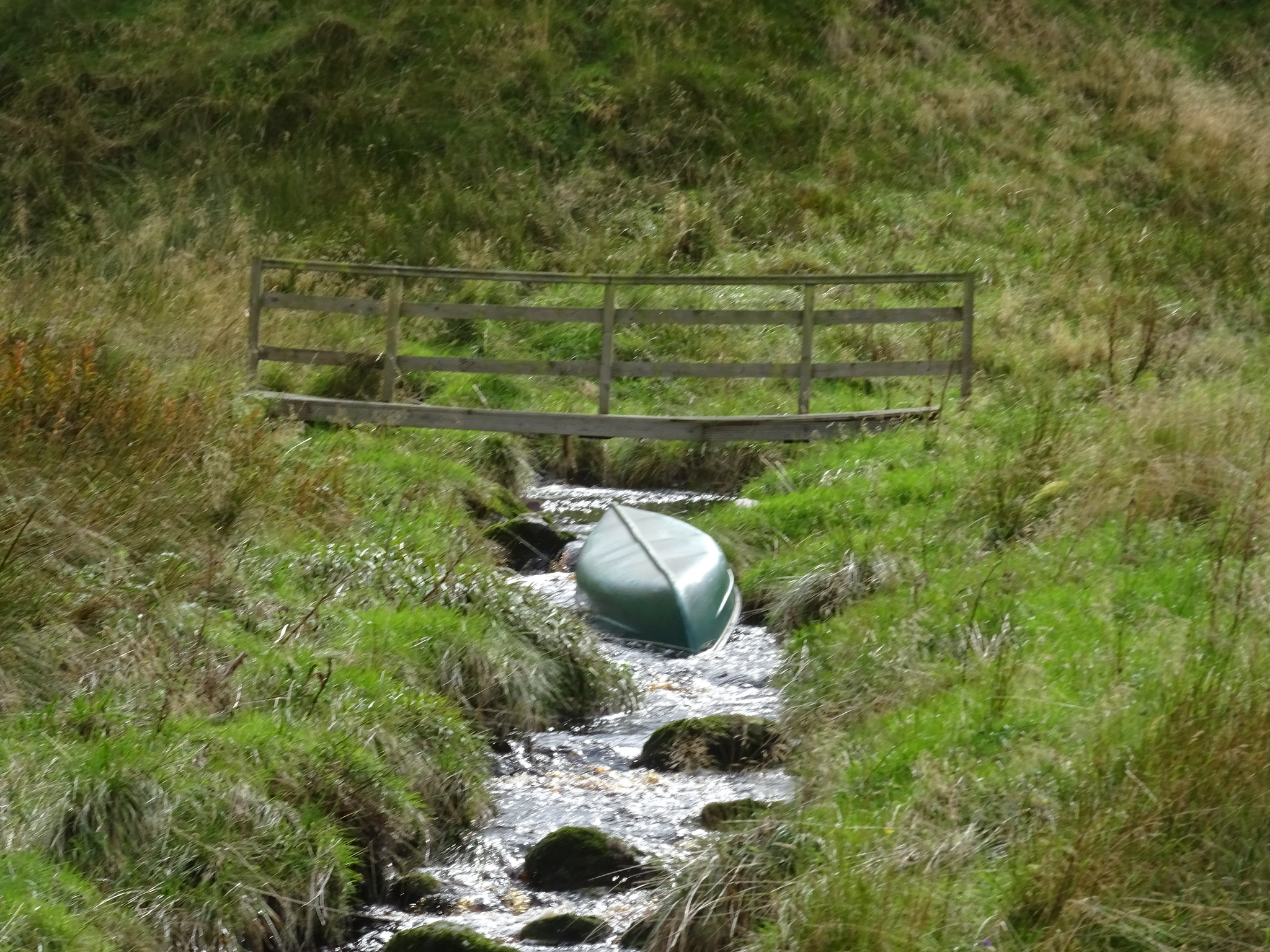 Not sure the burn is big enough for a canoe, even after lots of rain

Nice back garden at one of the Carrot houses

Looking back to the houses

Plenty of sign posts, we opted for the shorter route as that was updated in my phone

This was just about the steepest part of the day

Now it is time to jump on the bikes

More signs of the overnight rain

Nearly in amongst the machinery

There are plenty of tracks leading to all the turbines

Parminder is in the photo demonstrating how big these monsters are

Our first sight of the trig, it is only about 200m from where we left our bikes by the nearest turbine. Due to the very short walk to the summit we didn't bother locking the bikes 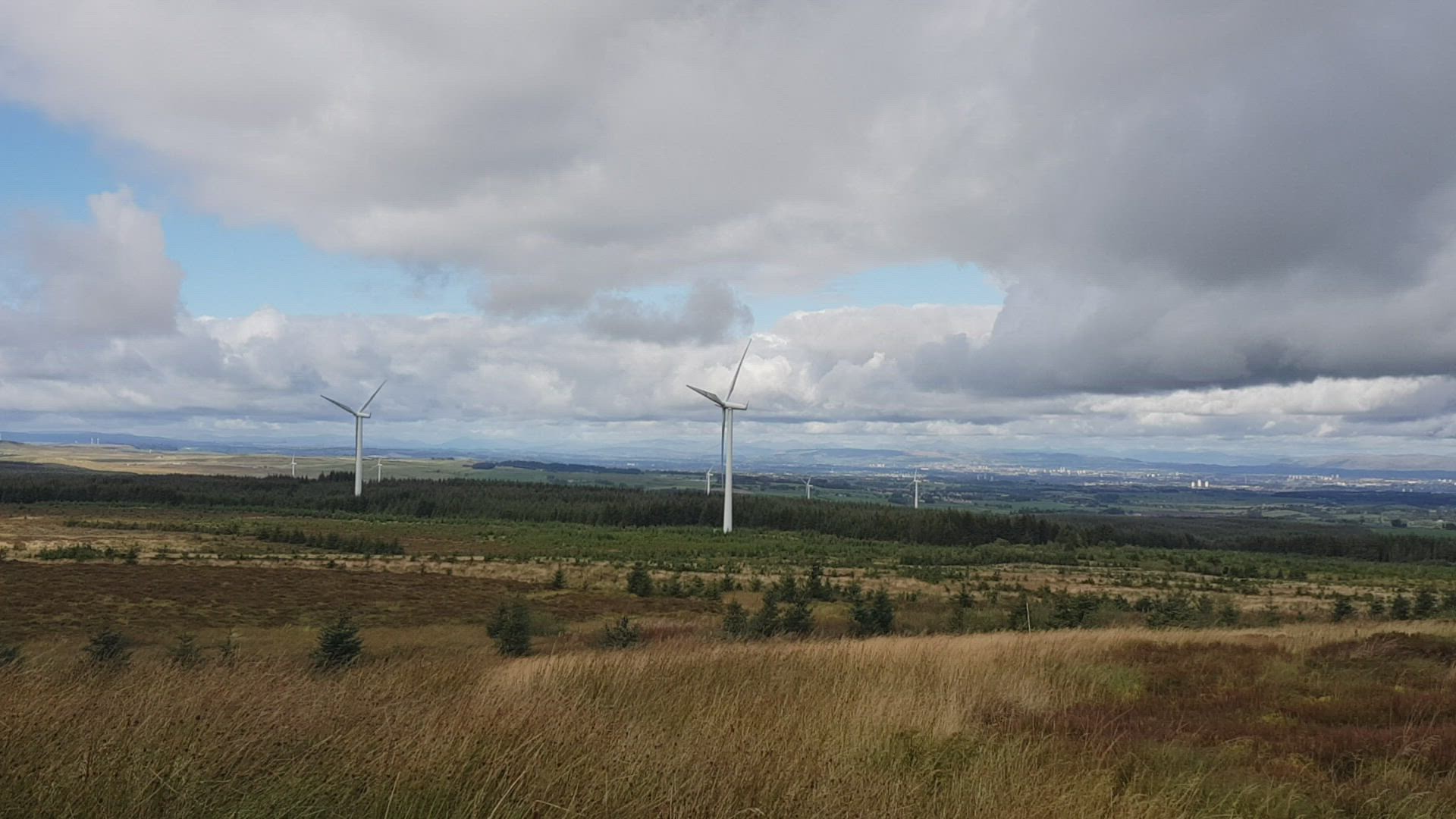 Video taken on the summit of Corse Hill

The only vehicle we saw 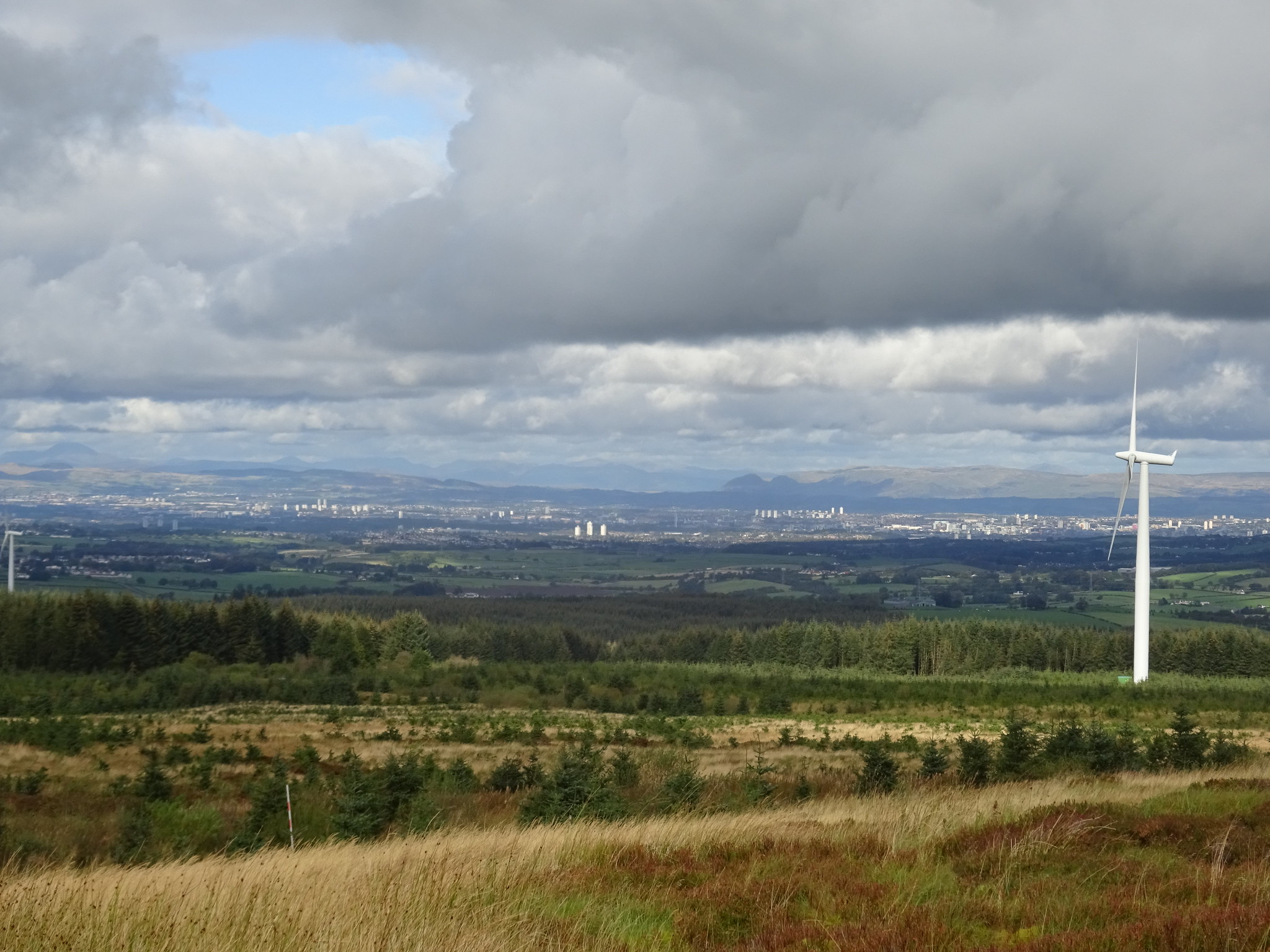 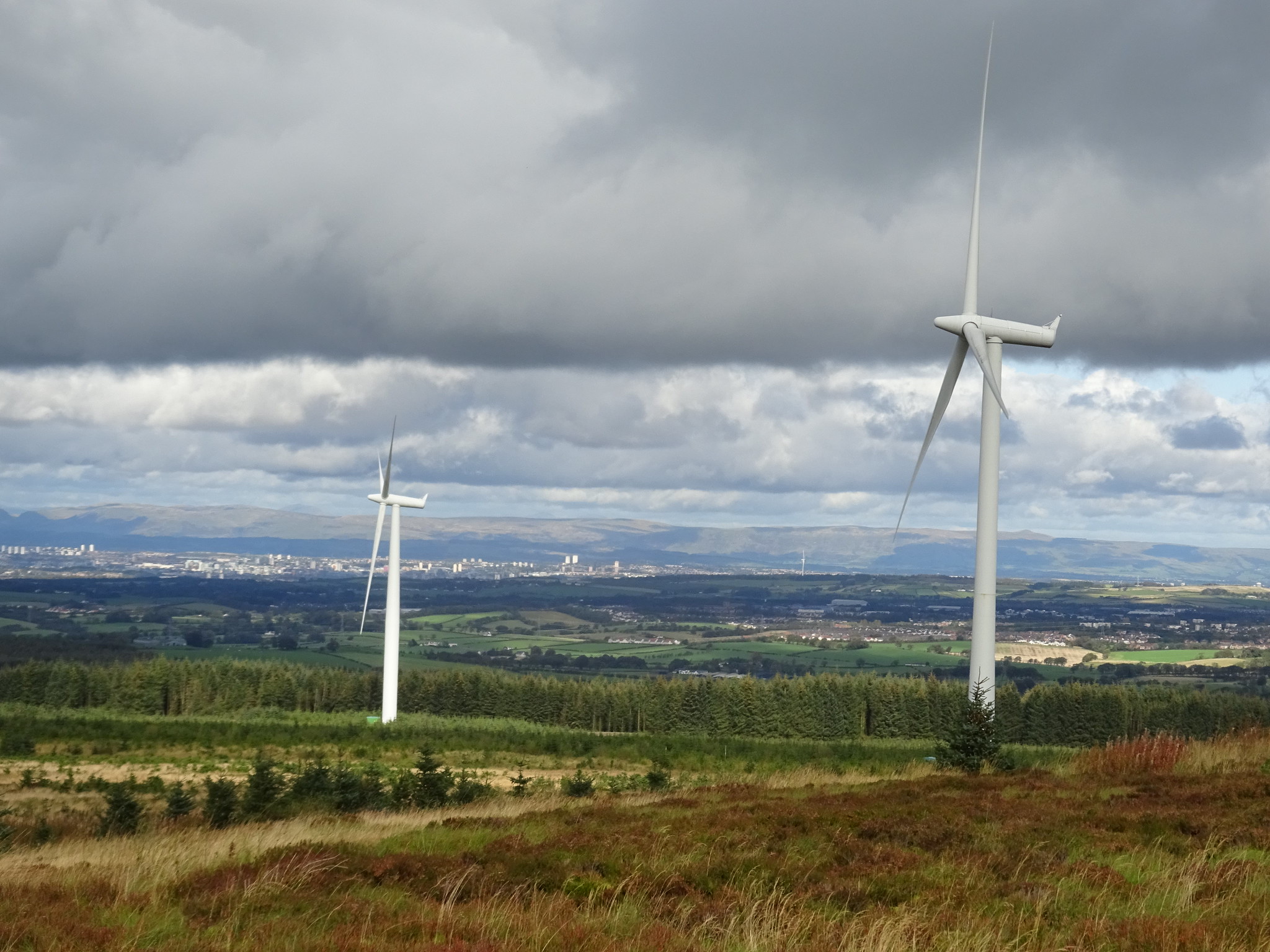 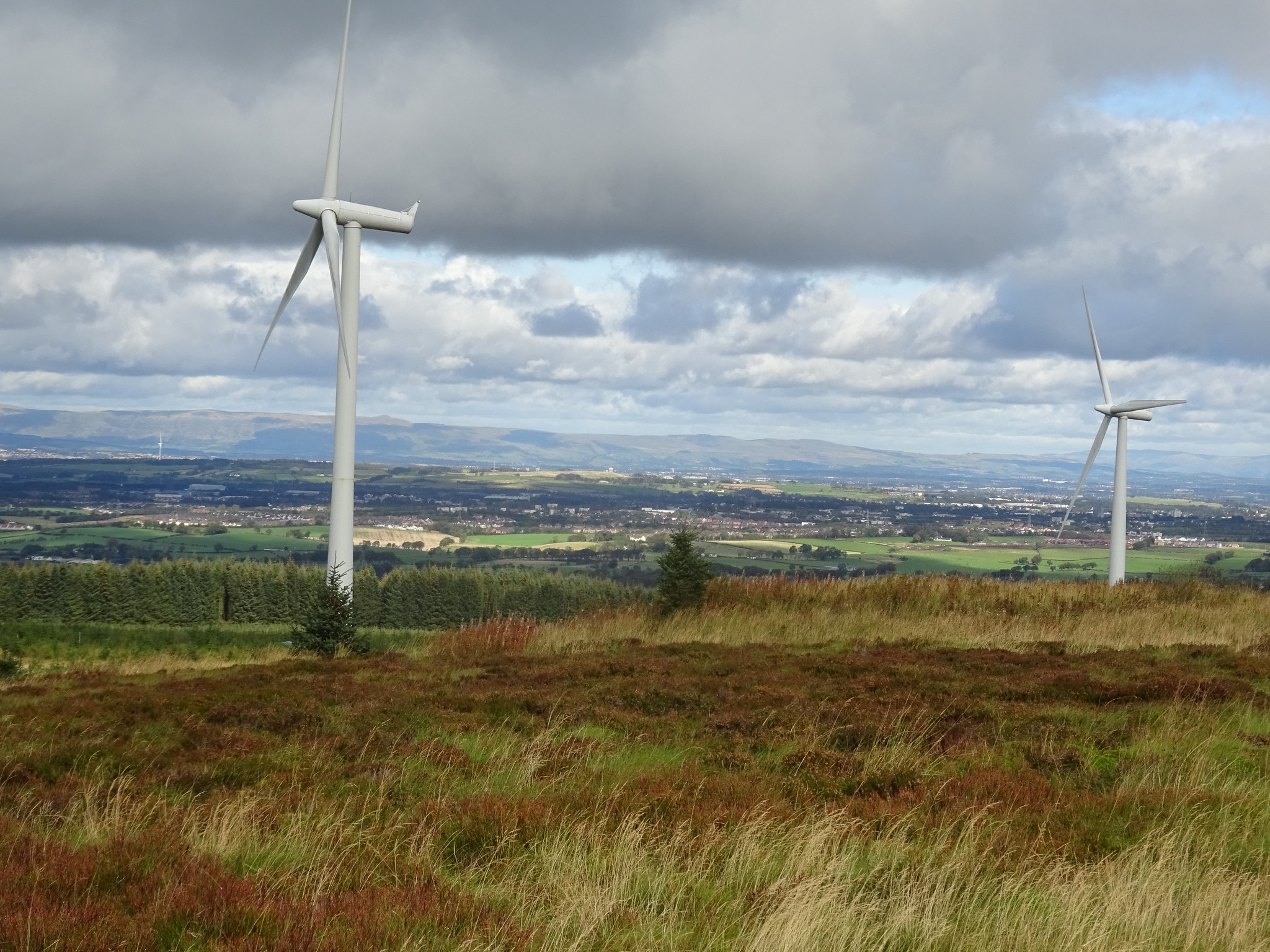 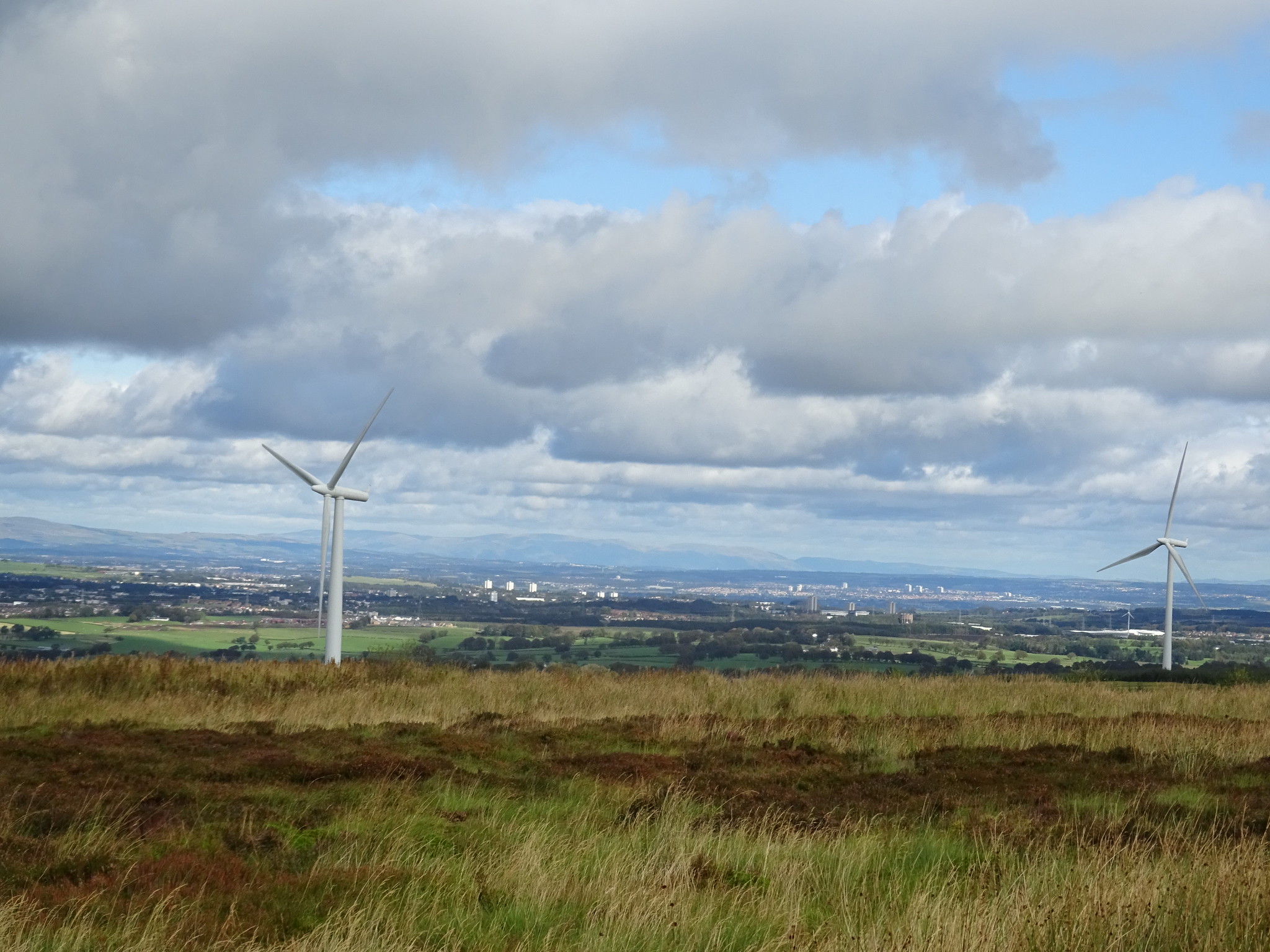 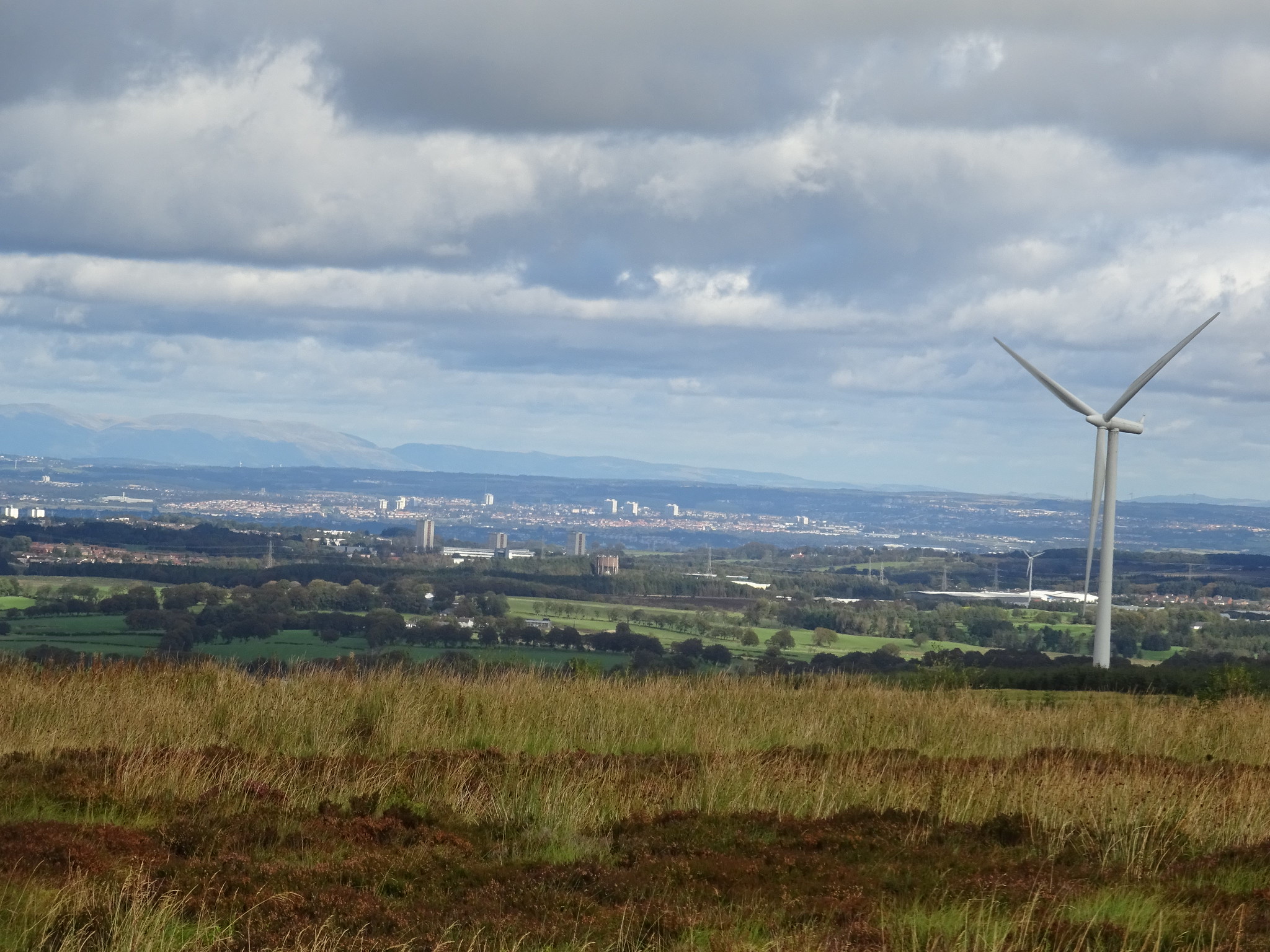 After the photo's it was time to get back on our bikes, the descent on the track was fairly rapid and we soon reached the grassy path. After just over an hour we were back at the cars and then it was time to head east and negotiate all the East Kilbride roundabouts. Thanks to Parminder for making the effort to accompany me.
It was an enjoyable walk but I somehow doubt I will be revisiting Corse Hill.

Re: Of Corse it was easier with a bike

FF.. One of the quickest wee walks but enjoyable amongst the wurly things. Thanks for your company..

Re: Of Corse it was easier with a bike

My local hill being only about 10km SE of here. Not the most inspiring I guess but you probably took the more interesting route. First time I cycled up was also from Carrot Farm in the days before the windfarm. Last time I cycled up with my elder son we went through the windfarm - track below. Interestingly we also stopped beside Parminder's turbine #104 - photo below of my old mountain bike which my son was using - small world

whitelees 27jul2016 activelog.gpx Open full screen  NB: Walkhighlands is not responsible for the accuracy of gpx files in users posts