Beinn Sgulaird is one of those Munros where the drive has really put me off. At 3hrs from Edinburgh for only one Munro I'd often contemplated doing it with Beinn Fhionnlaidh and think those would make a good duo. However, we'd done Bidean nam Bian via the Beinn Fhada ridge the day before and wanted an easy hike, so we decided to do just Beinn Sgulaird from Glen Etive.

This wasn't the best idea for two reasons.

First: I hate the road down Glen Etive. So many tourists who don't understand passing places.
Second: it is a boggy nightmare from Glen Etive - bog factor 5 for sure.

Our route was a short but annoying one. Around 14km. On a really dry day it's probably nowhere near as bad.

We followed the edge of the forest which skirts around Beinn Trilleachan. There is a path here that goes the full way round but it is a soggy mess with lots of hidden holes to swallow your feet. This goes on for about 2km. At one point we got attacked by hordes of flies that look like kind of like spiders. They really stick to you even when you try to wipe them off. I still don't know what they are. Yuck. 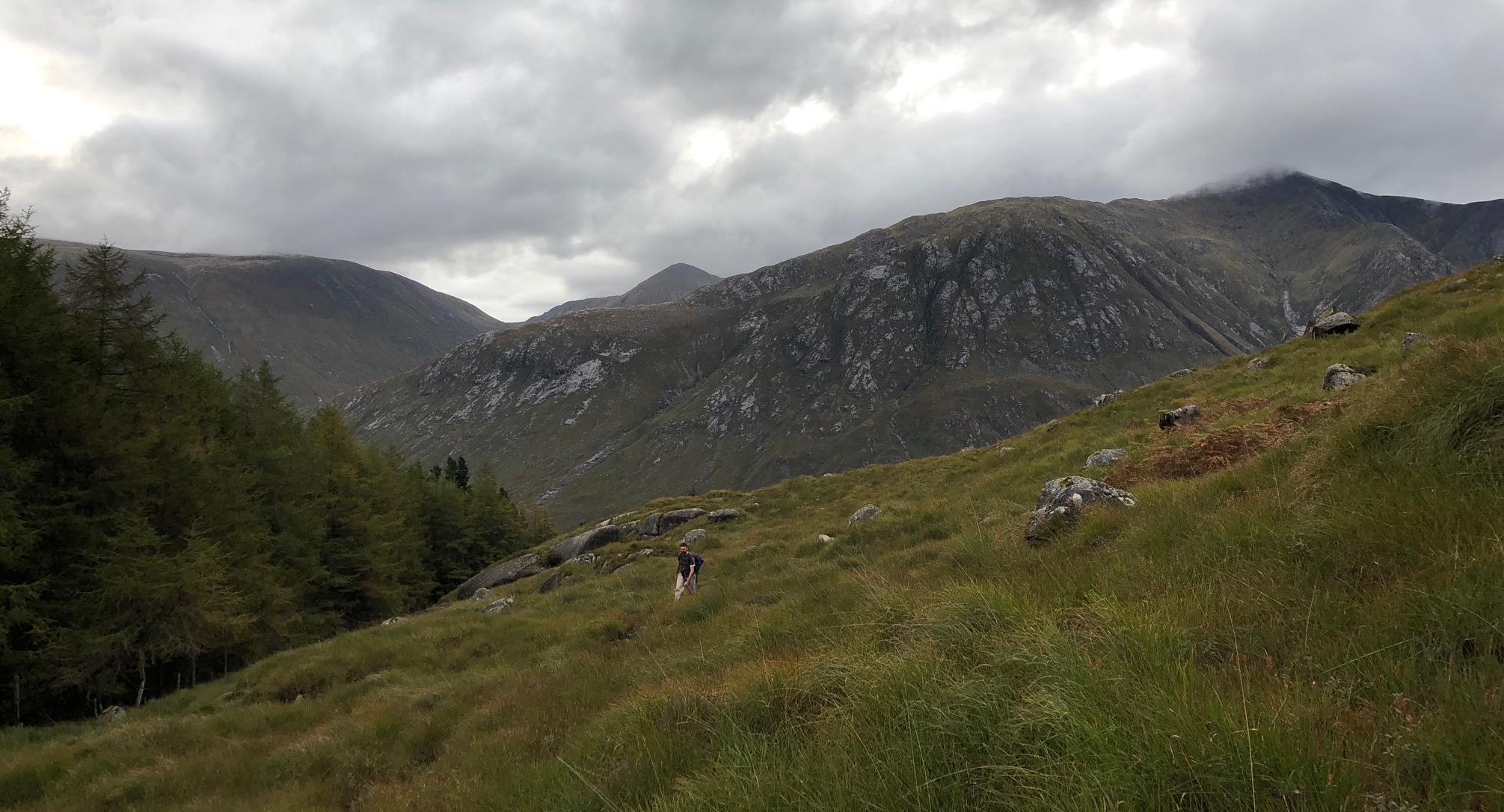 Thankfully past the boggy path (for now)

Once past that we headed for the east ridge over pathless ground aiming directly West and around 200m south of Airigh nan Lochan. There is some really tussocky ground to cover with a lot of contouring required to keep the height. 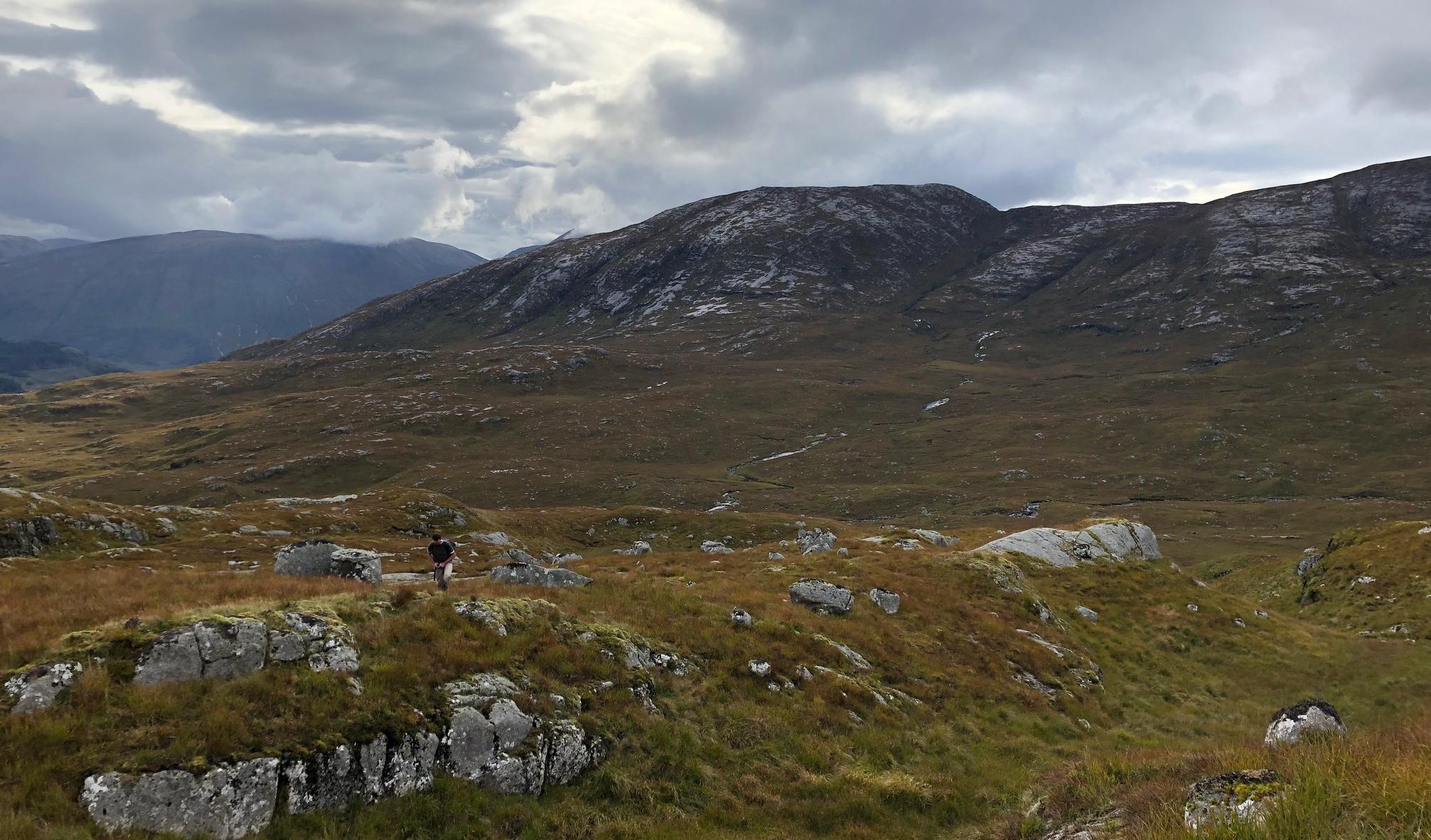 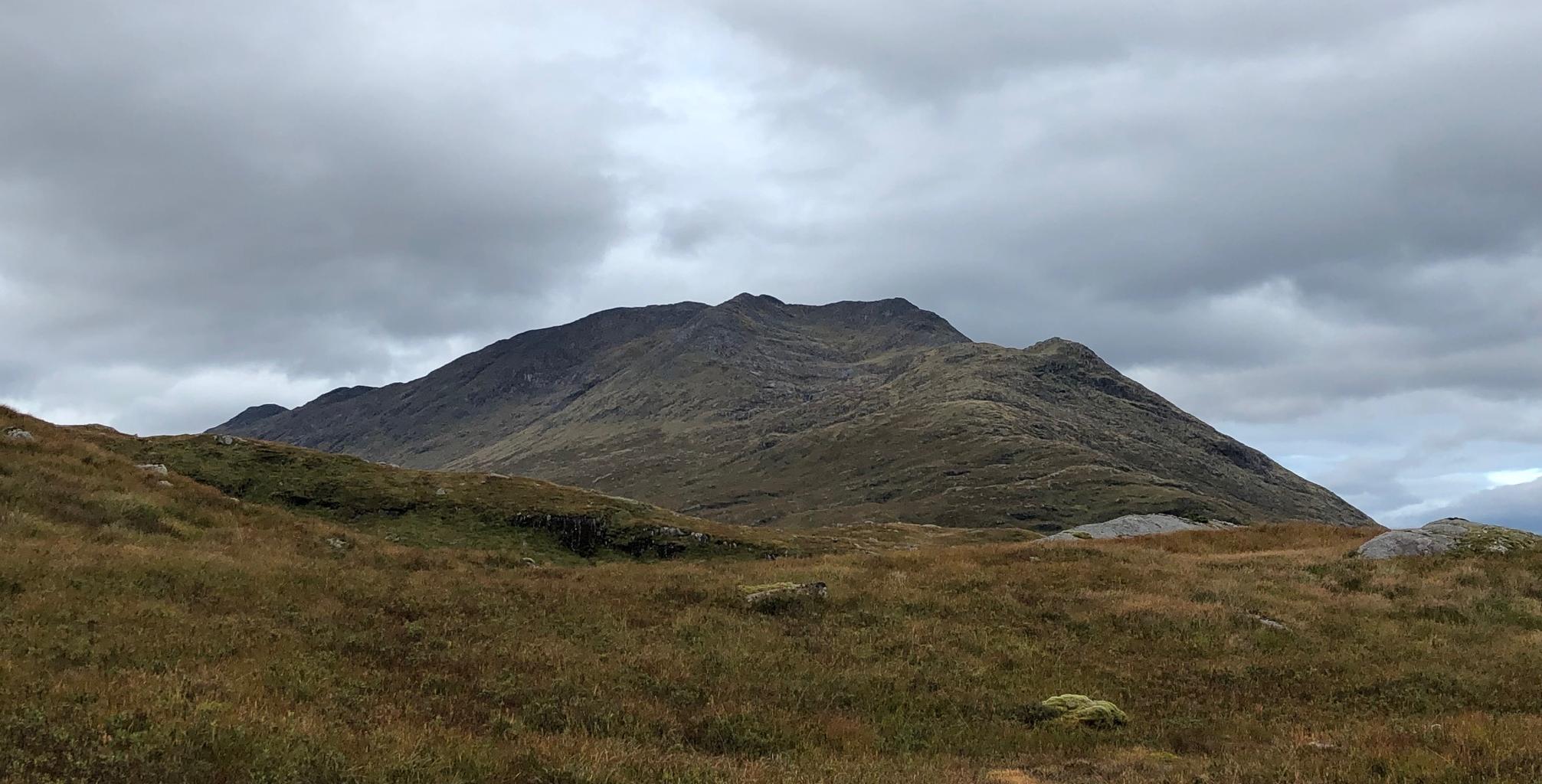 Once we reached the ridge, it's pretty straightforward. We aimed south of Stob Gaibhre but somehow I managed to almost go over it... annoying although It's a really nice viewpoint over to Beinn Fhionnlaidh. 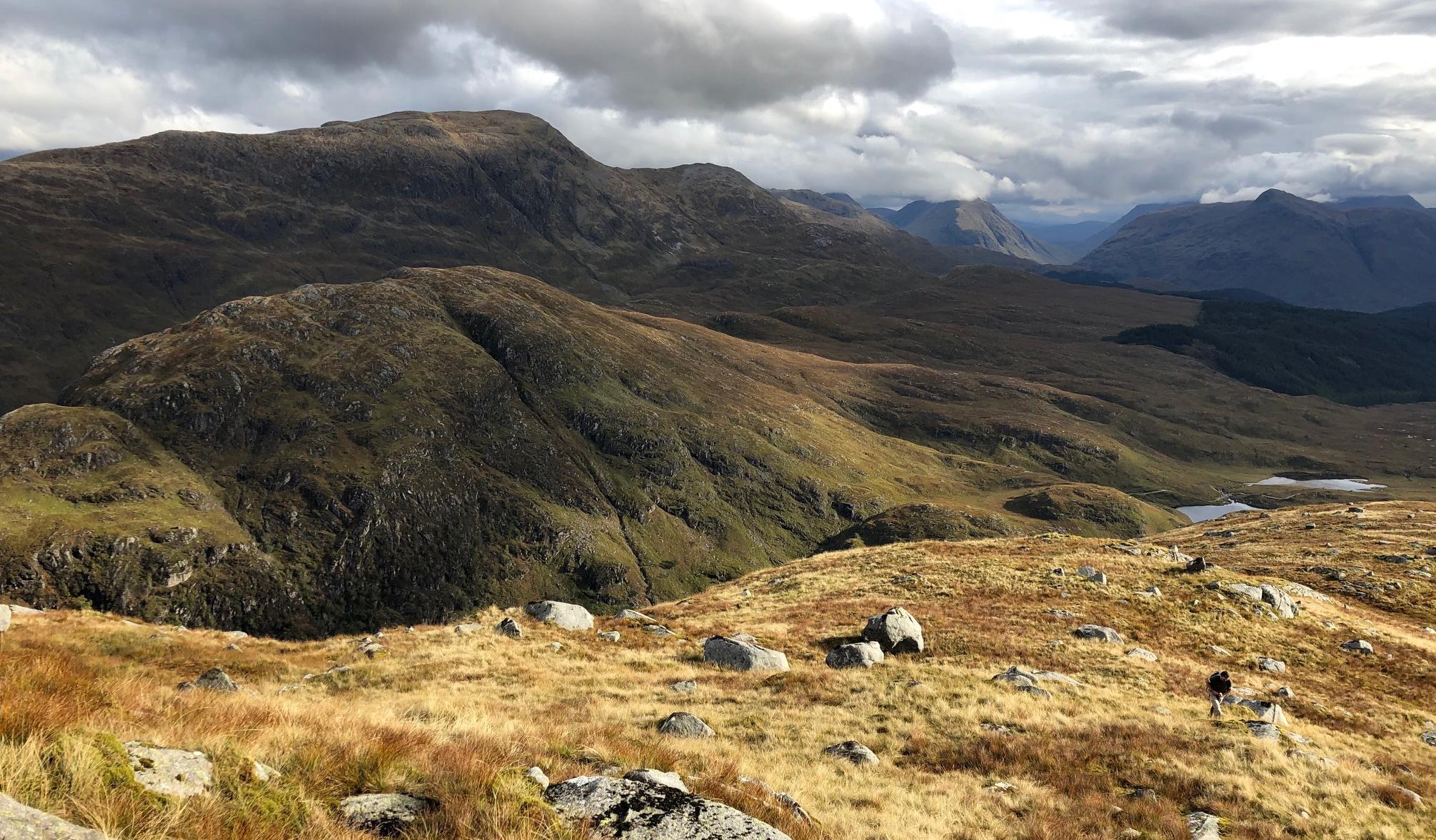 From here we had the choice to stick to the ridge or head straight up the corrie. Both looked easy enough though the ridge probably had a bit of minor scrambling. My hiking partner was in the mood for the corrie so up we headed following a line under some boulders. The corrie edge looks steep from afar but was pretty easy up close although it is slightly boulder ground at an annoying angle. 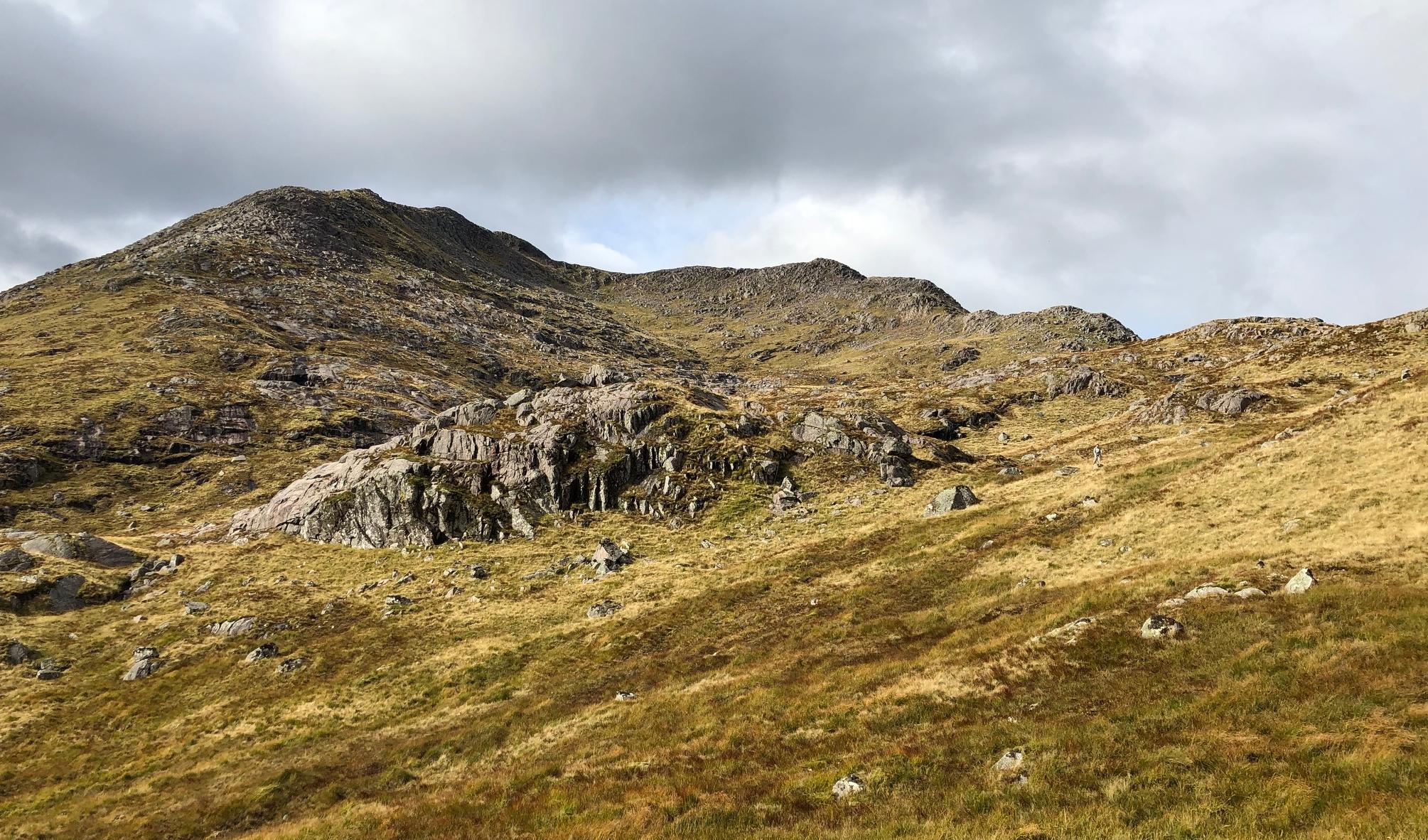 We went up the corrie 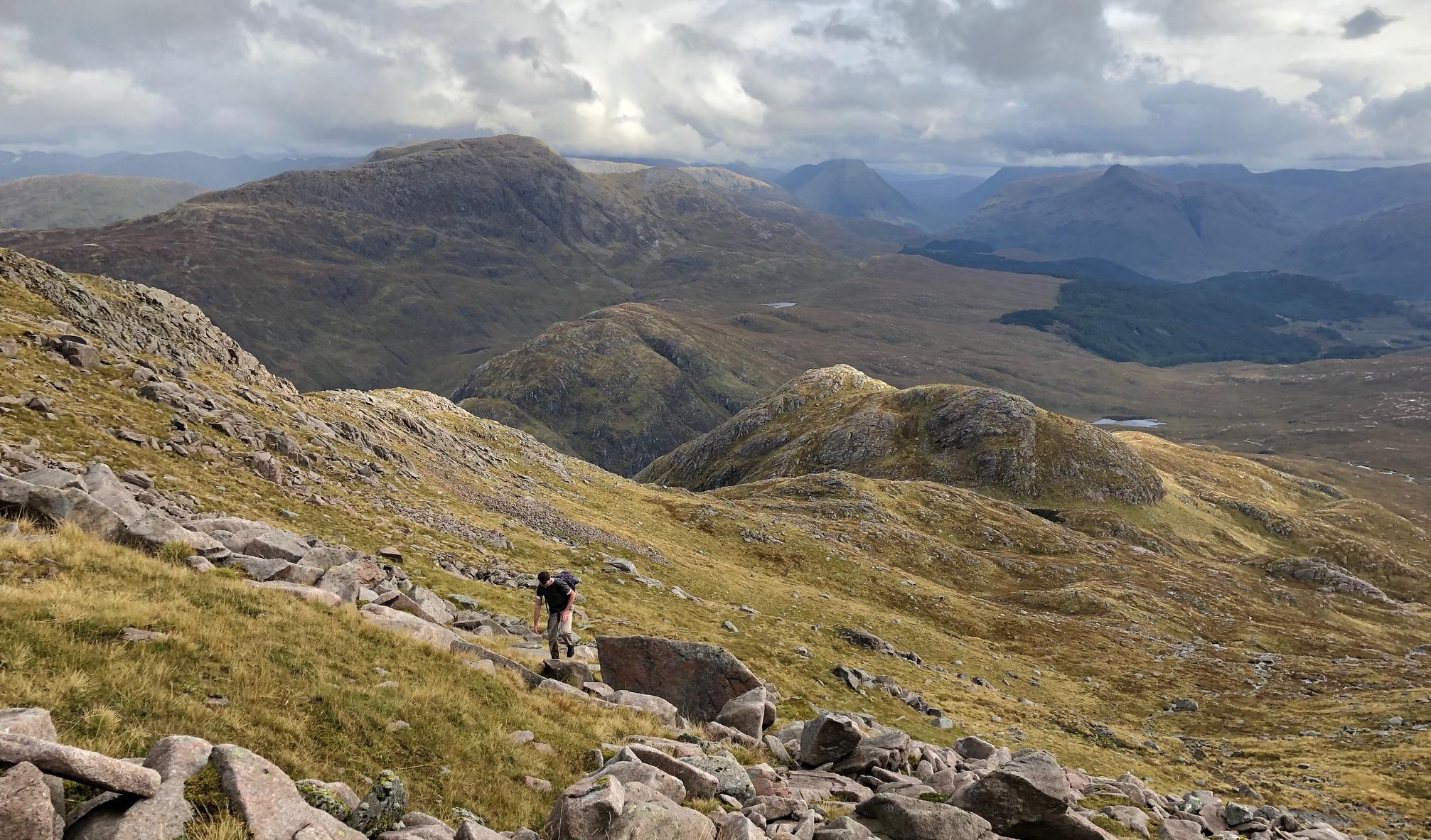 Views back towards Glencoe

As I reached the top I startled a bunch of sheep who seemed really annoyed I'd interrupted them. 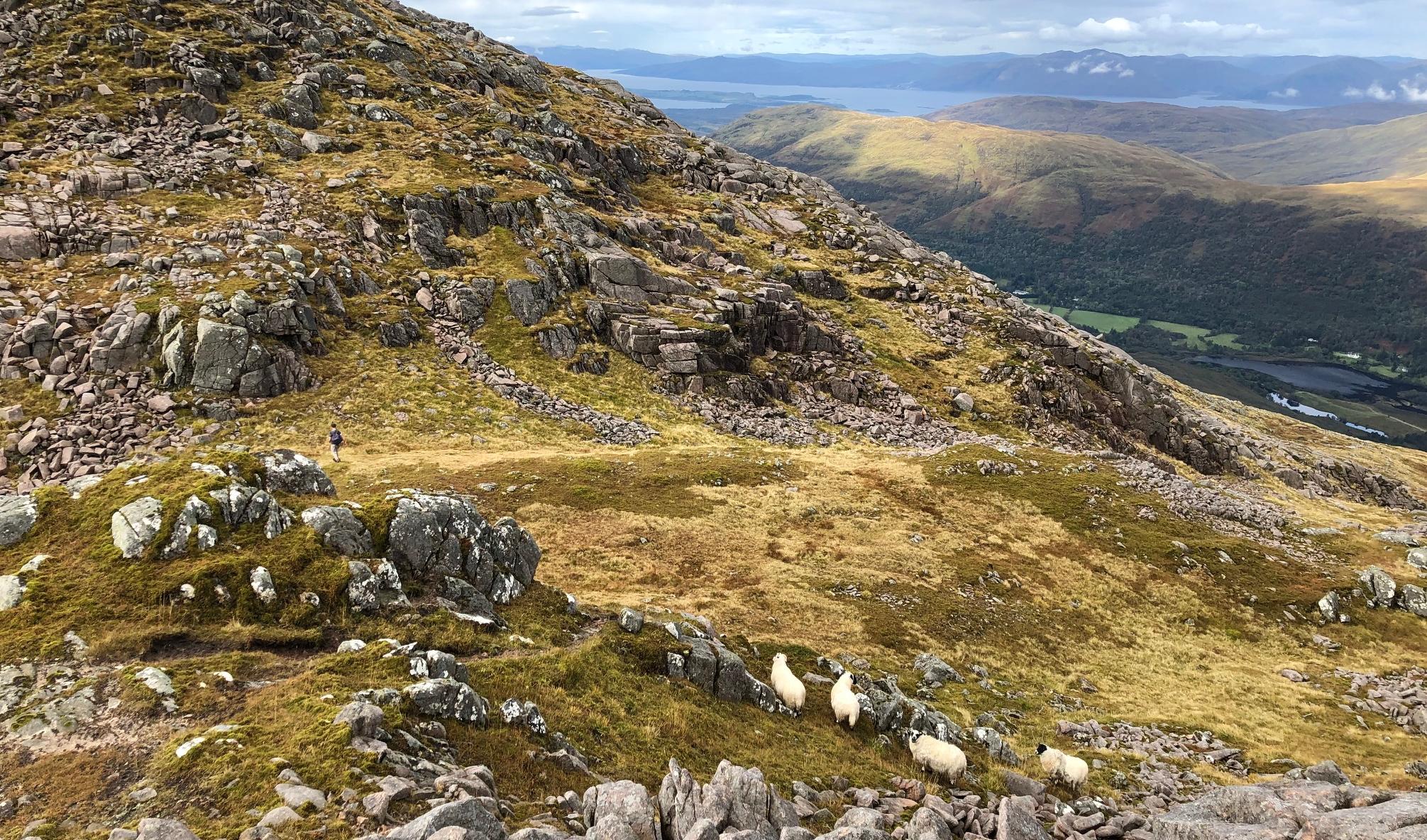 At a minor col between two peaks we picked up our first hint of a path since the forest one (if you can call it that) which led nicely to the summit. From here we had brilliant views West over to Oban and Mull as well as a view of the approach path from the West which looked way more fun than our route. 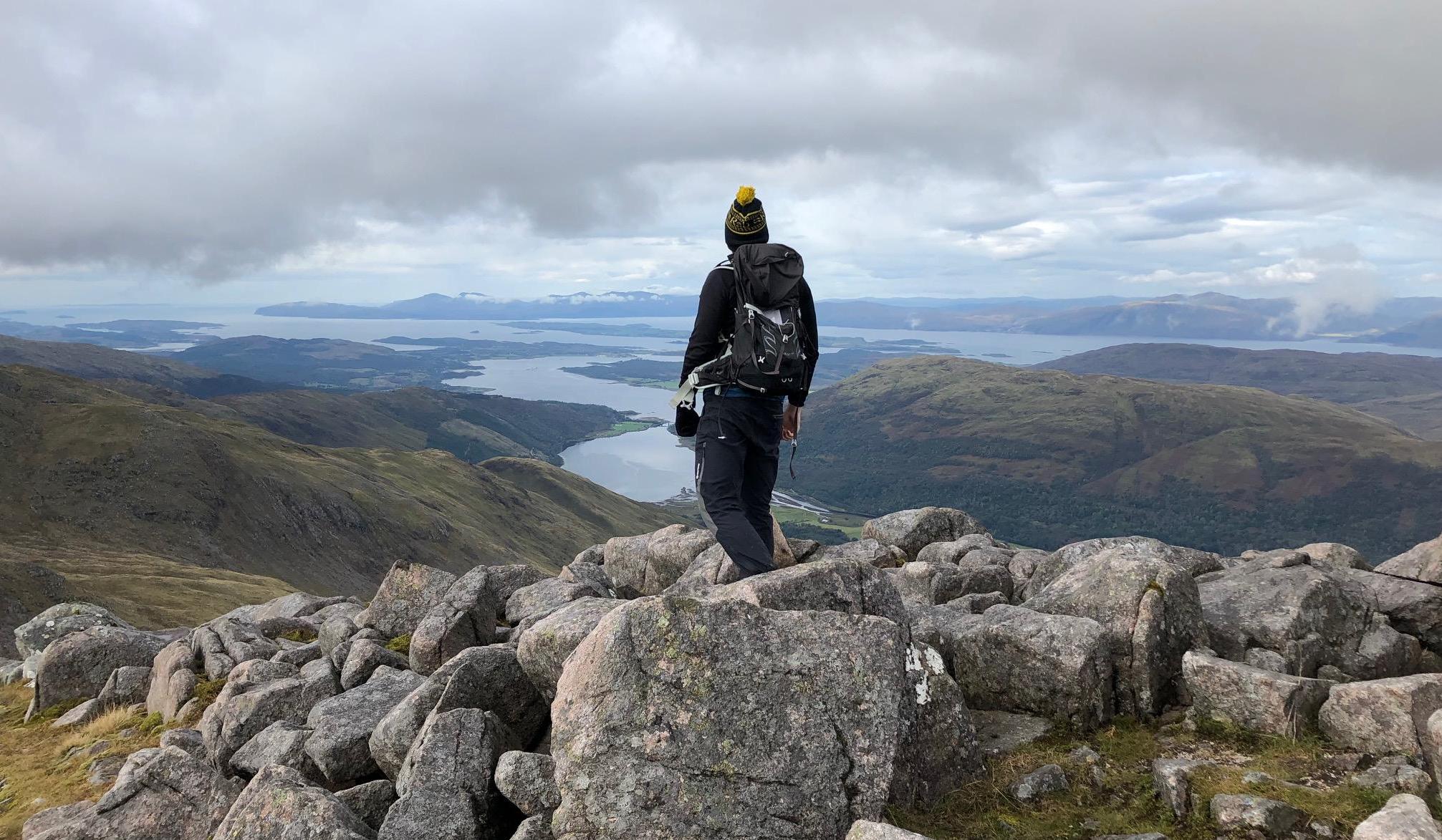 View West from the summit 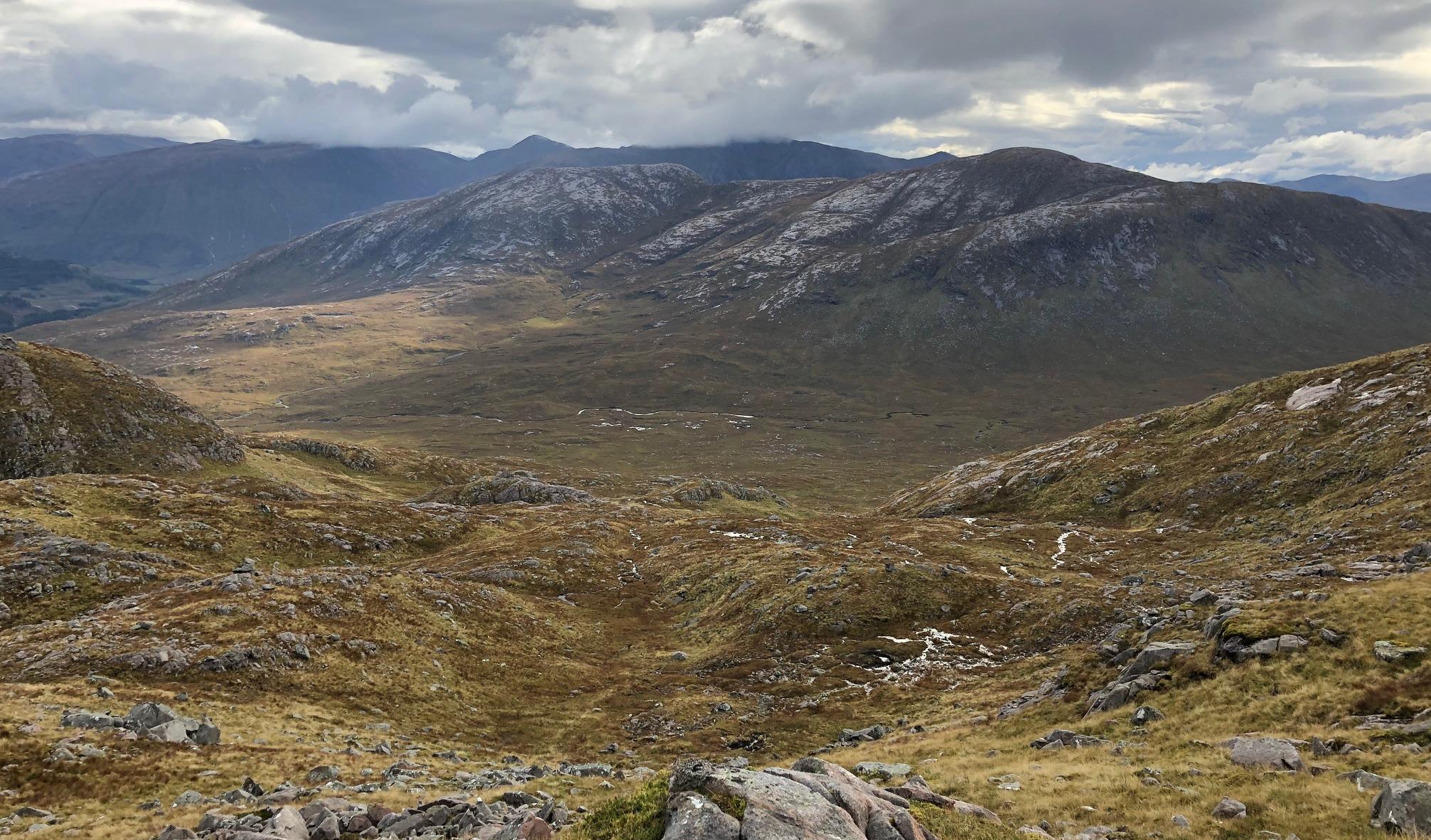 Looking back down the corrie

We didn't linger long and decided to take a more direct route back. We headed straight East down the corrie and instead of our entry route decided to head for Lochan na Saobhaidge and down Allt Criche. This was a much better route over this lumpy land. This brought us back to the mud path from hell. With our heads down we powered along the path, though I should admit I got some airtime on at least 3 occasions.

We got back to the car and I decided to take a dip in Loch Etive. This was a nice way to wash off the mud! Some people were watching on in amusement and horror.

If I'm honest, I'd say this route was not the best way to do Beinn Sgulaird. I feel we would have got better views from the West on a much drier approach. However, if you want to avoid the drive and want a quickly bagged Munro this took less than 6 hours at a fairly slow pace. Just make sure to bring gaiters and bug spray!