Would I do it, Alligin?!

Would I do it, Alligin?! Sgurr Dubh, Loch Clair, on way round to Torridon, back of 7am.

Enjoyed my trip up Moruisg, the previous day, followed by a beer at Strathcarron and Gerry’s Hostel, though sleep wasn’t the best that night. Anyway, it meant I was up fairly sharp the next morning, along with the other two sharing the dormitory. Appearances out the window seemed to match the forecast, so things were looking all set, as I took the drive round to Torridon. Absolutely stunning scenery! Beinn Eighe from the roadside.

Despite wanting an early start, just had to stop for some pics. Finally got to the car park and got togged up, without too much interference from the midgies. Only a couple of other cars here, at this point. On return, there were no spaces! Took obligatory photo of the waterfall and got on my way, opting for the clockwise option. 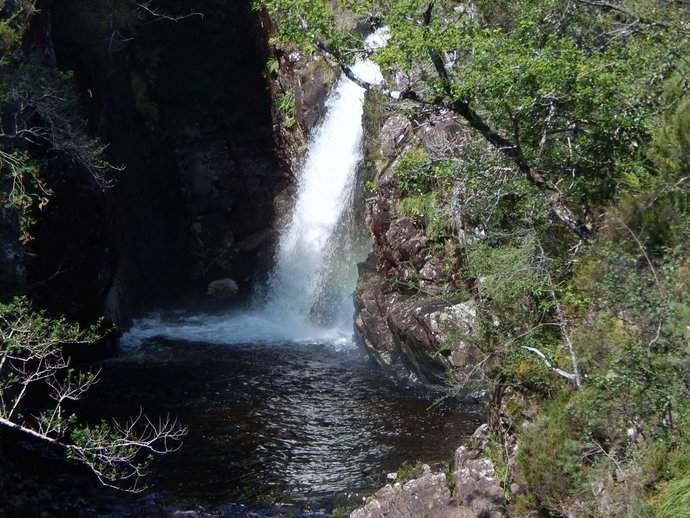 Nice view to start/end with.

It was a cracking morning and before long the first views of the day were beginning to get the excitement rising, looking into Coir nan Laogh, the top of Sgurr Mor and the Horns, emerging. The “Mountain of Beauty,” is well named. The going up the corrie was indeed pleasant, though the temperature was steadily rising. There would be no drinks returning back to the car today! 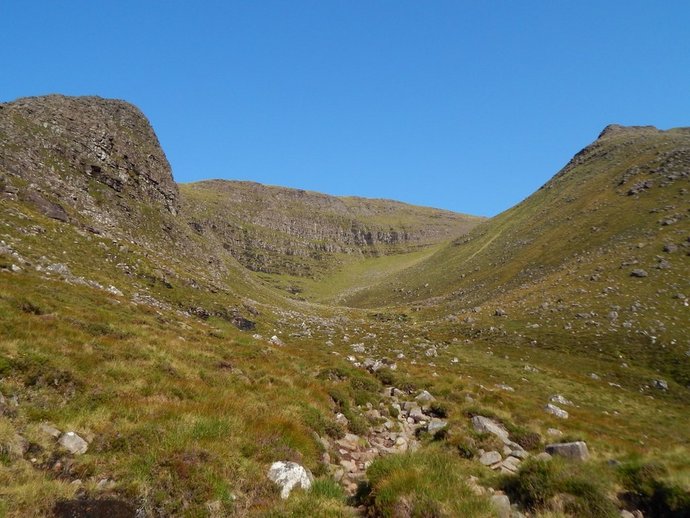 Eventually things flattened out a bit and before long I was at the summit, Tom na Gruagaich, 922m. Just under a couple of hours, I think. The views were superb, whichever direction, but for the first time, it struck me how formidable the Horns appeared! Still hadn’t seen anyone else, either. Not so sure about this now!? Took too many photo’s as usual, before heading off for the second Munro, Sgurr Mor, but with niggling doubts as to whether I would go all the way round. Me, summit of Tom na Gruagaich. Sgurr Mor beyond.

Looking over to Sgurr Mor and the Horns, from Tom na Gruagaich. Beginning to have second thoughts about trying the circuit, especially as no one else to be seen :)

Was not so sure about even getting as far as the second top now. There’s a few minor scrambly bits, descending to the bealach, but nothing too scary, even for me. Had a tentative look down the Black Cleft, before the final wee climb onto the top layer of Sgurr Mor, where the panorama of views continues to almost overwhelm the senses, especially on such a fine day. Wow! The Eag Dubh or Black Cleft. 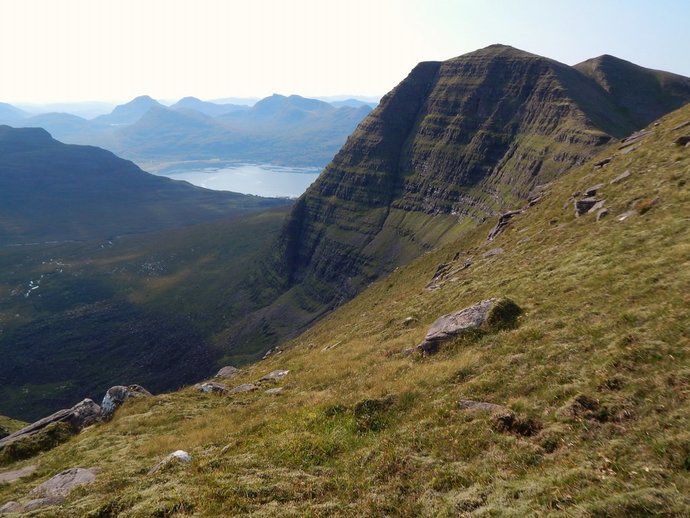 Back to Tom na Gruagaich, from Sgurr Mor. 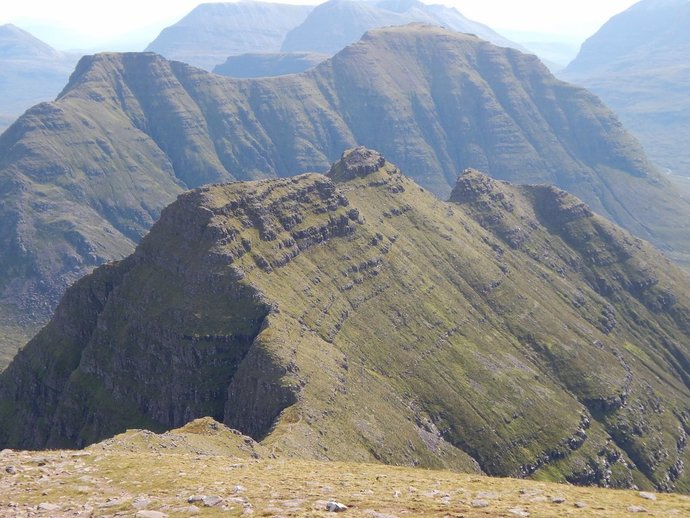 The Horns, with Beinn Dearg, beyond.

By now I could see one, or two other walkers. One chap was trying the by-pass round the Horns, with his wee dog. Kept a close eye to see how he got on. Subsequently spotted he had turned back. Don't know the reason, but for me the cautionary note sounded on WH's, was now enough to convince me I was not going that way! I was desperately keen to do the circuit if possible and with a few other folk around, I headed steeply down to get a closer look. "The Horns." Spotted someone ahead so decided I'd give it a try.

Met a girl who was running round in the other direction

Had a brief chat and was more reassured about giving it a try. Had one wee bit sweaty moment scrambling up the first Horn. Should probably have went back a bit and stuck to more solid ground than the loose stuff I grappled my way up. Met three lads heading down and pointed where not to go. Indeed, after that met a succession of folks as I headed along the ridge. Such a nice, chatty lot you are - or, were. Many couples, or the opposite gender. Was a bit surprised at so many heading the wrong way

Funny how they were thinking much the same about me A couple on one of the Horns. 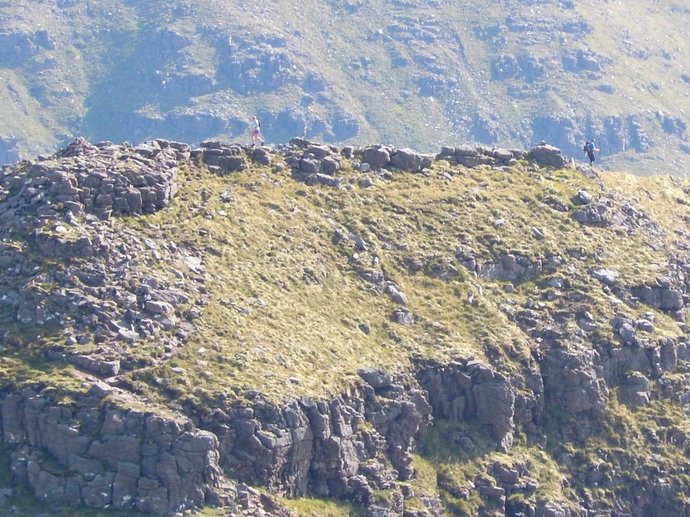 The girl on the left was running the route. Looking back to Sgurr Mor. Liathach in the distance.

Eventually descended from the last Horn and made my way to the final steep descent. Reckon it would not be so easy to do so in poor vis, despite a few cairns to mark the route and that descent is indeed steep, requiring full concentration. Was quite happy to be back on the flat stuff with a good path out. Lots of folk about now. Passed a German couple. with their large dog. Back at the car in almost exactly 6 hours, though sprinted the last stretch

By the time, I was set to go, the German fellow, can't mind his name, asked for a lift back to his campervan at Beinn Eighe, but rather than see him have to drive back, took his partner and dog along too. Enjoyed the talk of our magnificent day in the hills. And of course, yes, I'd love to do it Alligin