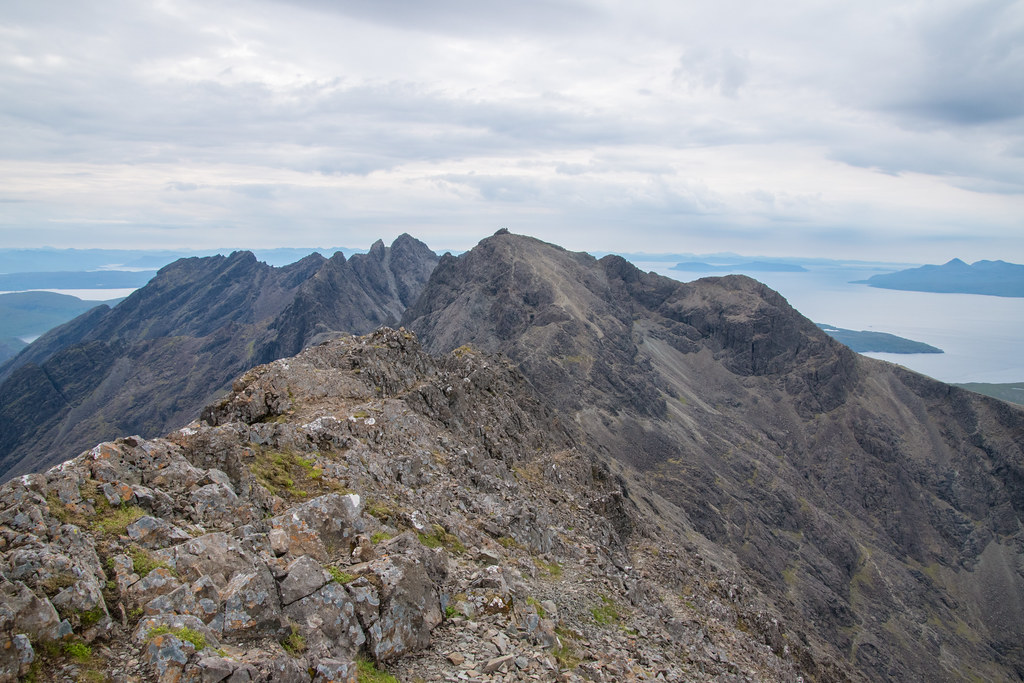 After a memorable day on Bruach na Frithe on Saturday the plan for this particular Sunday, the 23rd of June, was to shoot up Sgurr na Banachdich quickly before tackling the drive back to Aberdeen.

With Walkhighlands (amongst various others) rating it as; “the easiest of the Cuillin Munros” I had promised Eilish it’d be easy peasy in comparison to Bruach na Frithe (As Good as Introductions Get - The Cuillins). The rest of this Walk Report will take you from this sentiment to, “that’ll be my last Cuillin hill. Ever.”.

Setting off from Glenbrittle camp site we were off walking by 08:30 and very early on witnessed a group heading down off the ridge with all their overnight gear. A failed ridge attempt? Or just a night on the ridge? Either way I was jealous. Soon. 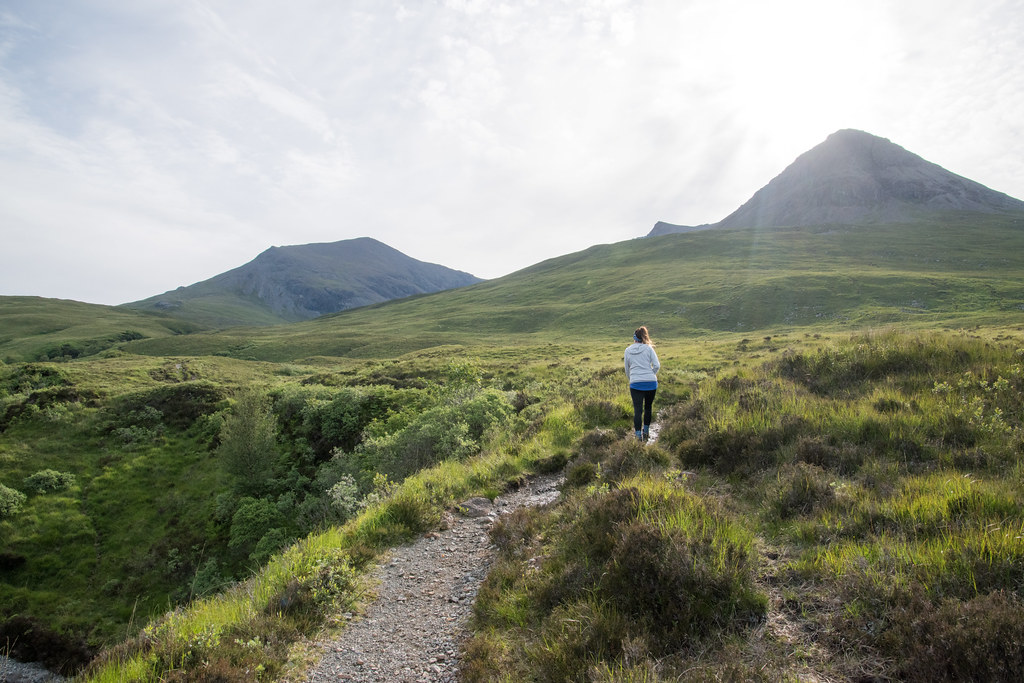 It was warm and bright but also particularly hazy, the perfect weather to get sunburnt – which I did. The walk in was good and the plan was to avoid the scree and go up the steep grassy slopes towards An Diallaid.

Even as we got closer it all seemed pretty drama-free, and I didn’t foresee too many near relationship enders that the day prior had entailed. 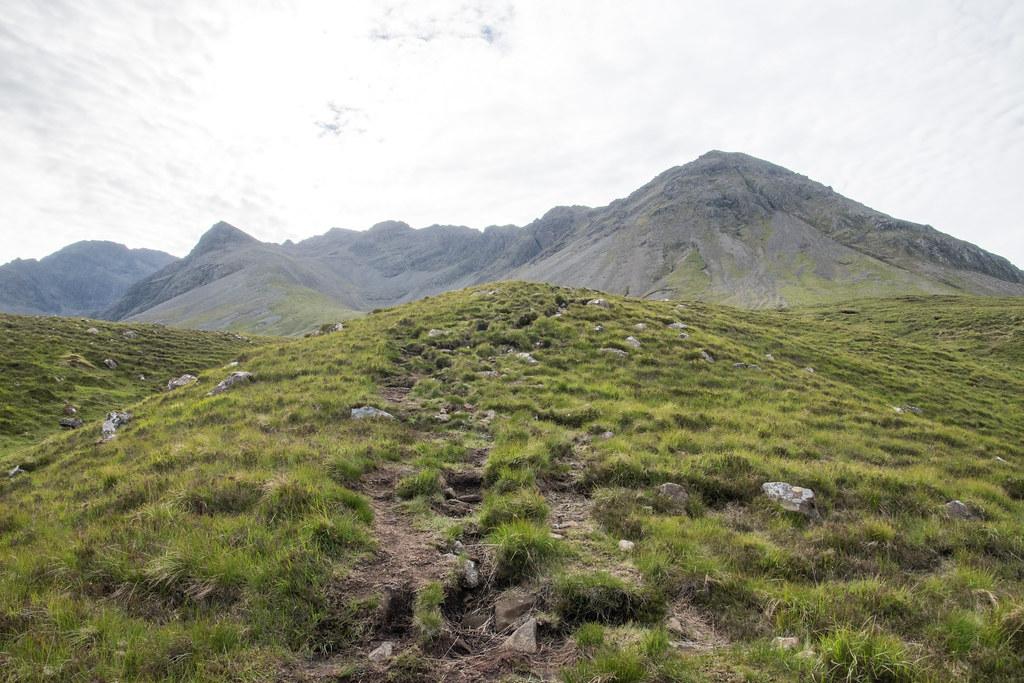 The steep grassy slopes towards An Diallaid were indeed steep and grassy. I think the physical and mental efforts required on Saturday had taken their toll on Eilish and she was far less open to pushing herself. She was very determined that she would be going no further.

After some protracted negotiations we were going once again and before long picked up the path from the back of Coir’ an Eich, which we had agreed would be our route down instead of the way we came up.

The sudden view across Coir a Ghreadaidh – amazing 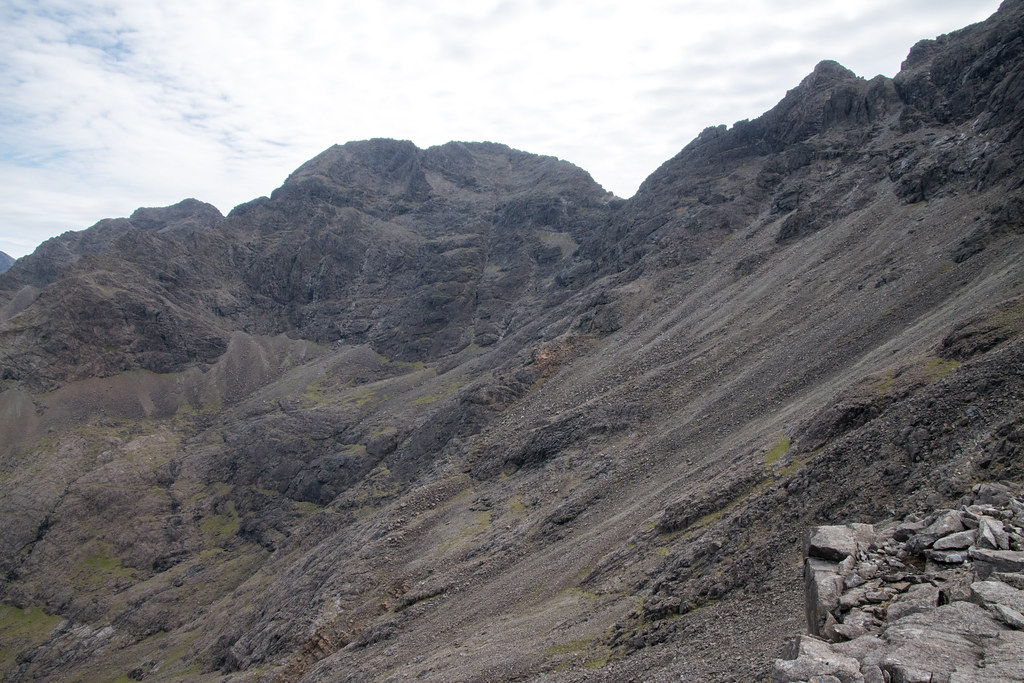 Looking out to the Outer Hebrides 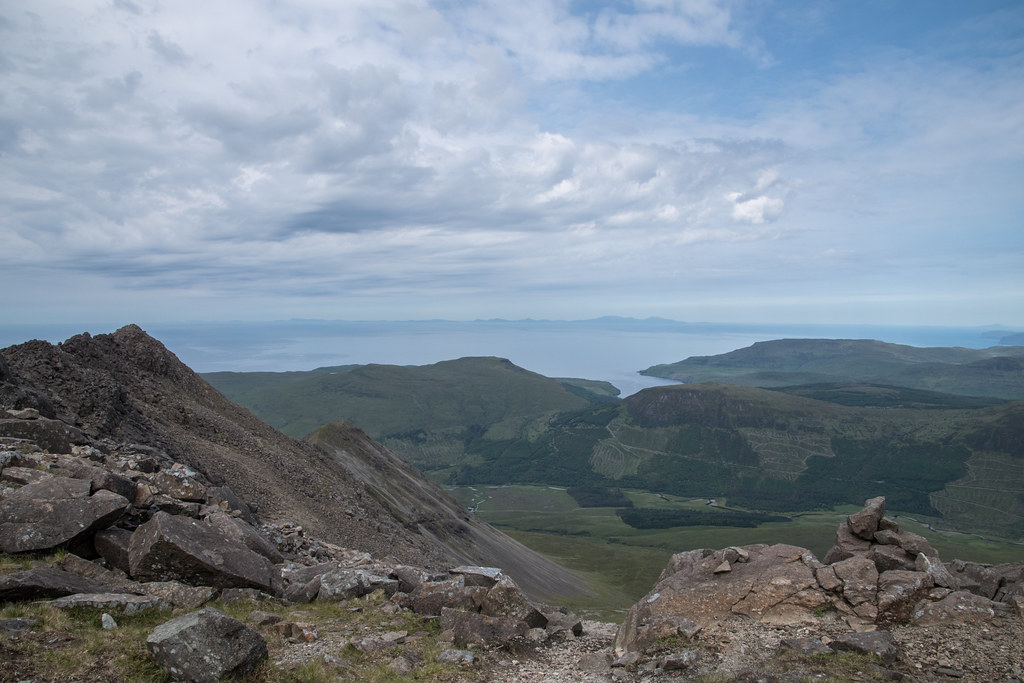 Some of the wildlife 800m high 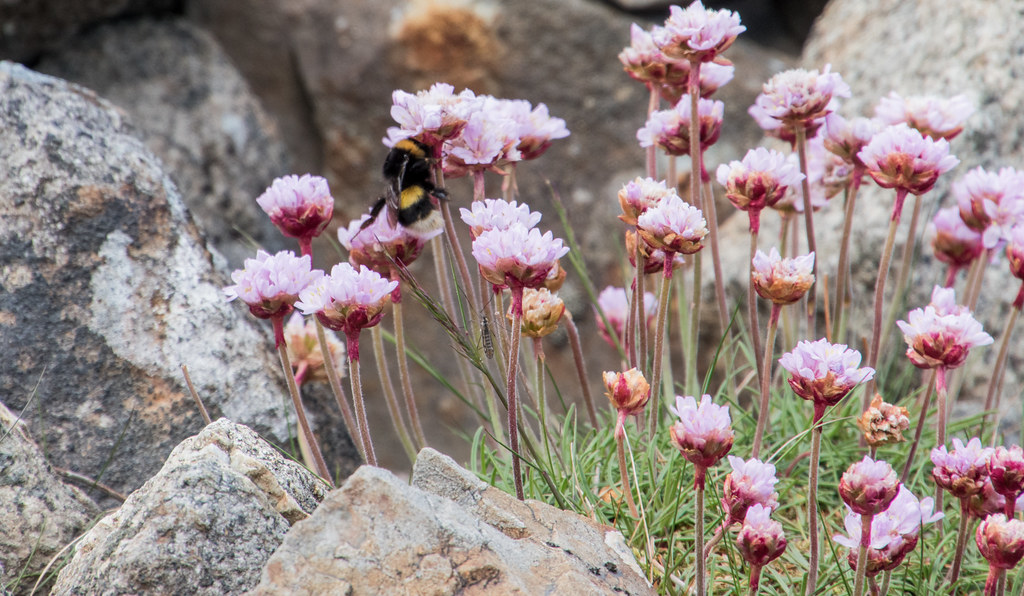 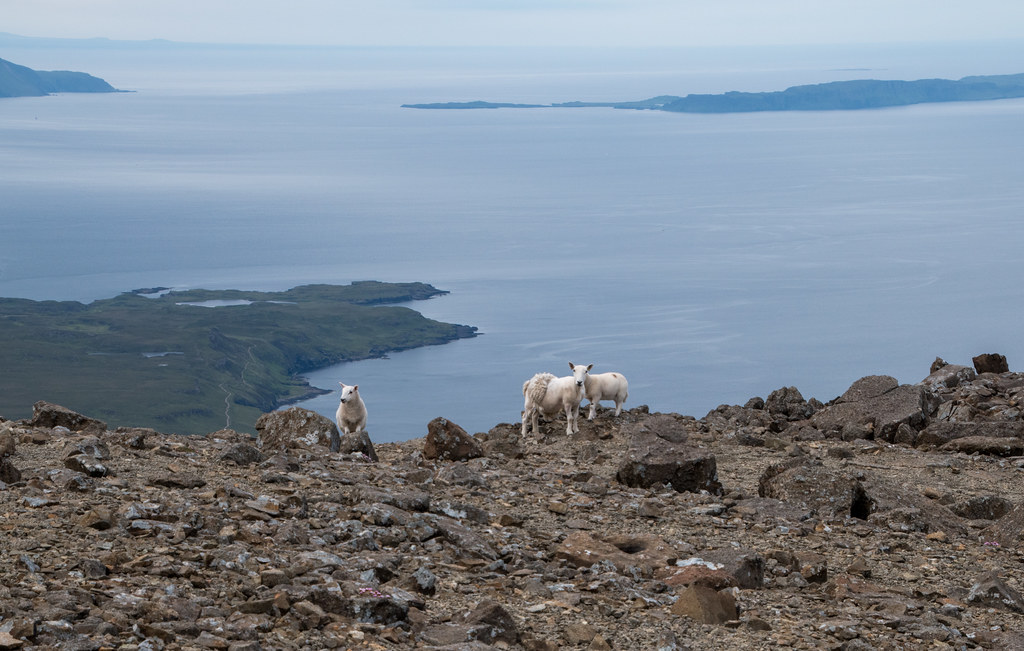 Eilish and Sgurr nan Gobhar in the background 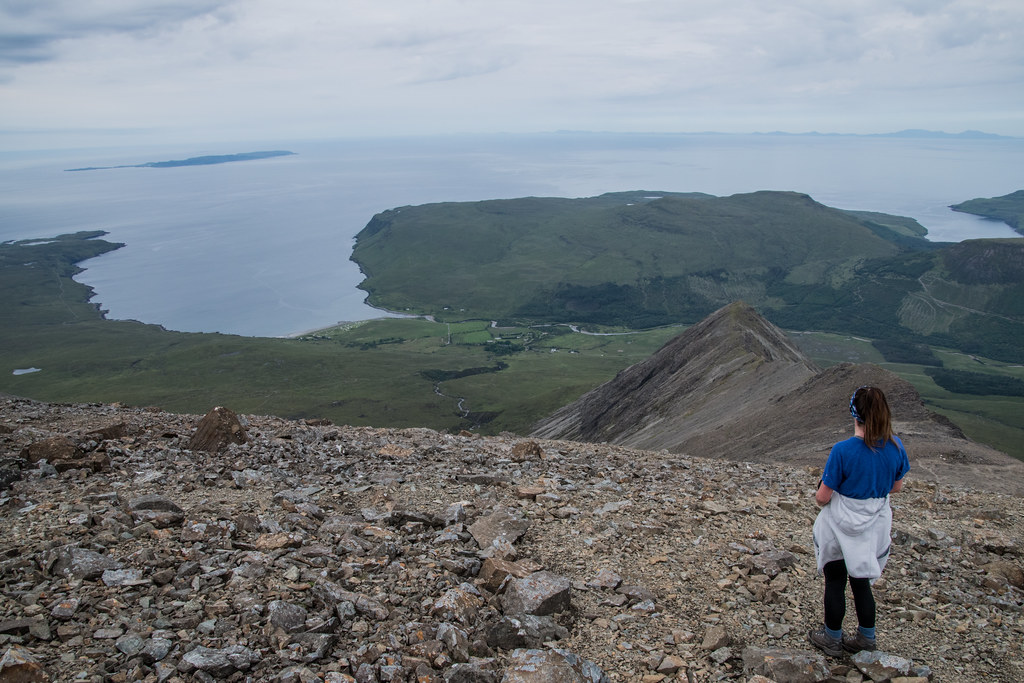 The view from the summit was breath-taking in all directions. Probably only slightly less breath-taking than Bruach na Frithe but this was more down to it being my first Cuillin summit, rather than the actual views.

The first thing that drew my attention, and I imagine will be the same for many others, from the summit of Sgurr na Banachdich was the In Pinn. I would imagine that on nearly all clear days you’ll see the constant movement of people towards the summit.

It was just after 11:00 when we reached the top, so even with a bit of a slower than normal ascent we had plenty of time to enjoy the views before heading back to the car. 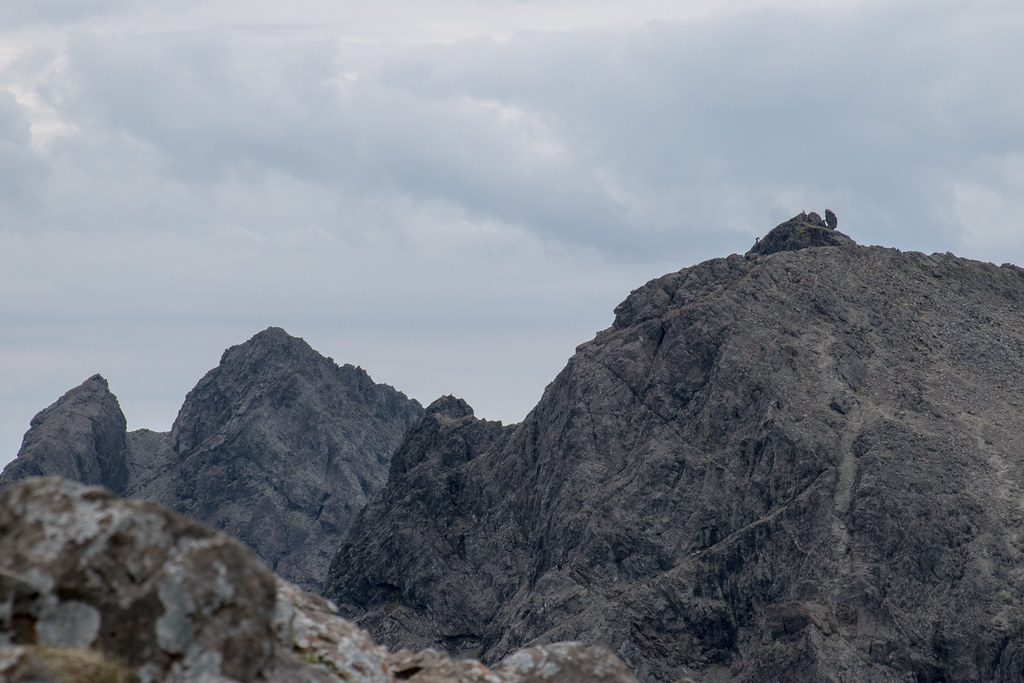 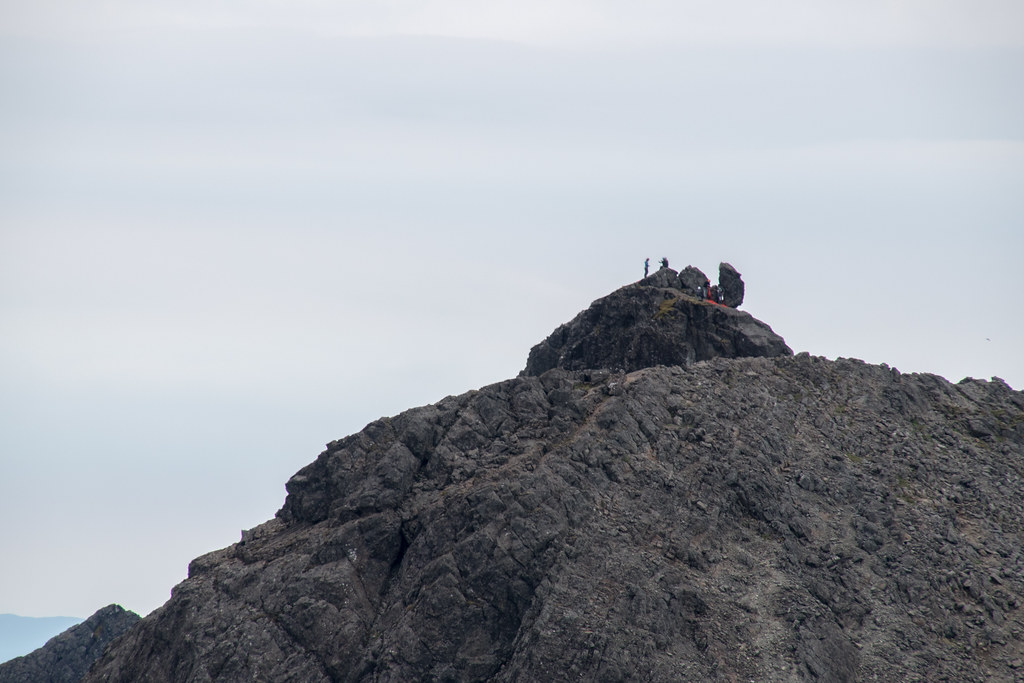 The In Pinn, Sgurr MhicChoinnich, Sgurr Alasdair and the Great Stone Chute (I think?) 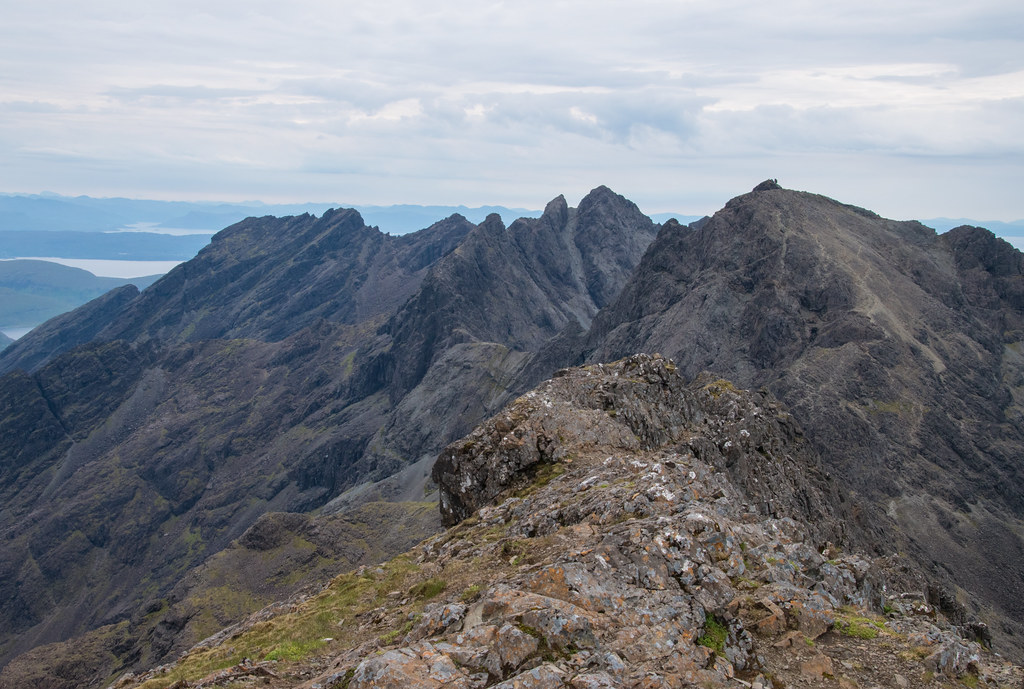 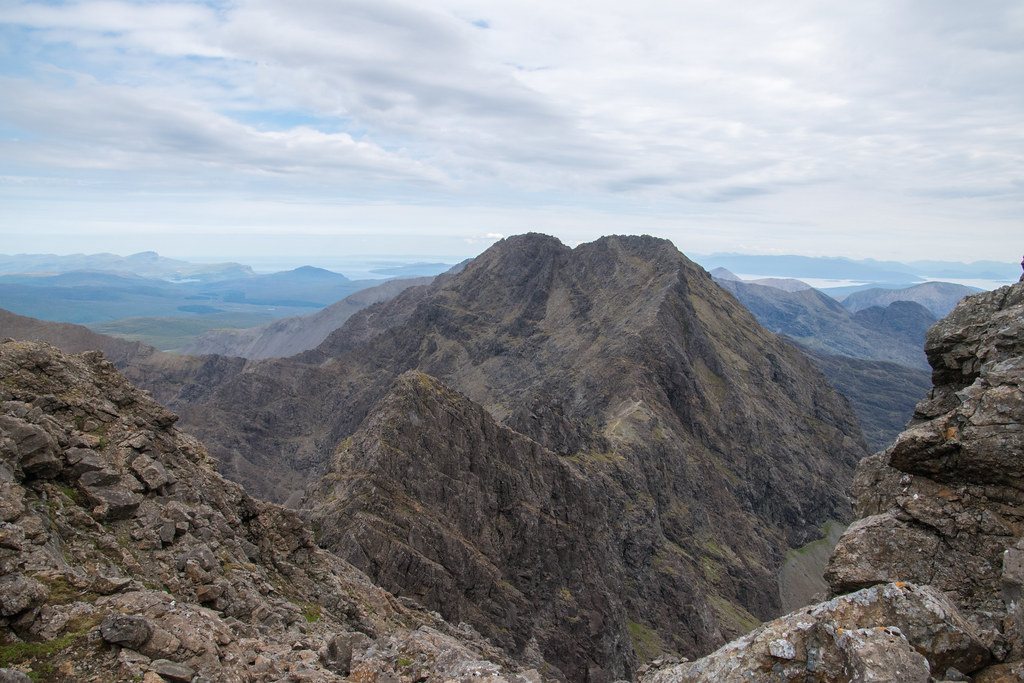 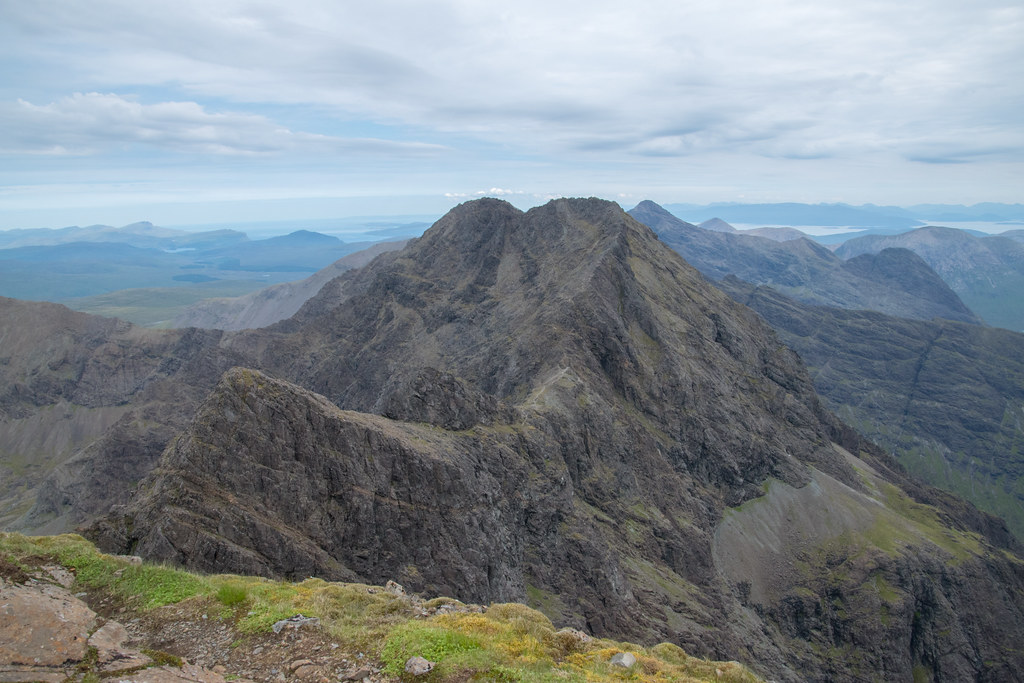 Eilish and the In Pinn in the background – maybe one day?? 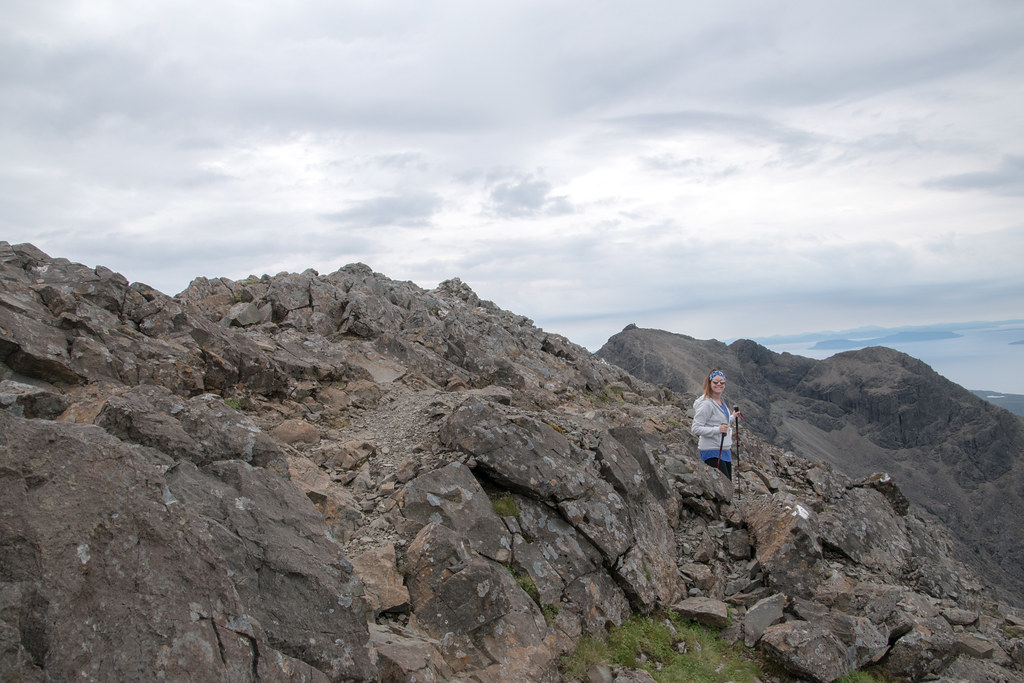 After savouring the scenery for well over half an hour we decided it was best to tackle the way down. I was slightly apprehensive about the scree in Coir’ an Eich, but apparently it couldn’t possibly be worse than the route we took going up…

Scree is in interesting one. Going down as long as there is no one below you, I don’t mind it in the slightest – you can almost surf the rocks on a good dry day. That however does take a bit of confidence in your balance and acceptance that you’ll likely spend a good bit of time on your bum.

This opinion is definitely not shared between the two of us! To be fair the scree in Coir’ an Eich was quite extensive, and even although a relatively well-worn zig-zag “path” had been worked out over the years it wasn’t easy under foot.

I won’t go into too much more details, but I was shouted at a few times for making some very insightful suggestions, such as “maybe try walking” / “stop sitting down” …

We had made it down on to the boggy path by about 14:00, what a relief for both of us for slightly different reasons.

It maybe didn’t feel it at the time but, what an amazing day out in the hills.

Well done to Eilish for (finally) pushing out of her comfort zone – maybe one day I’ll be able to convince her to attempt another few. 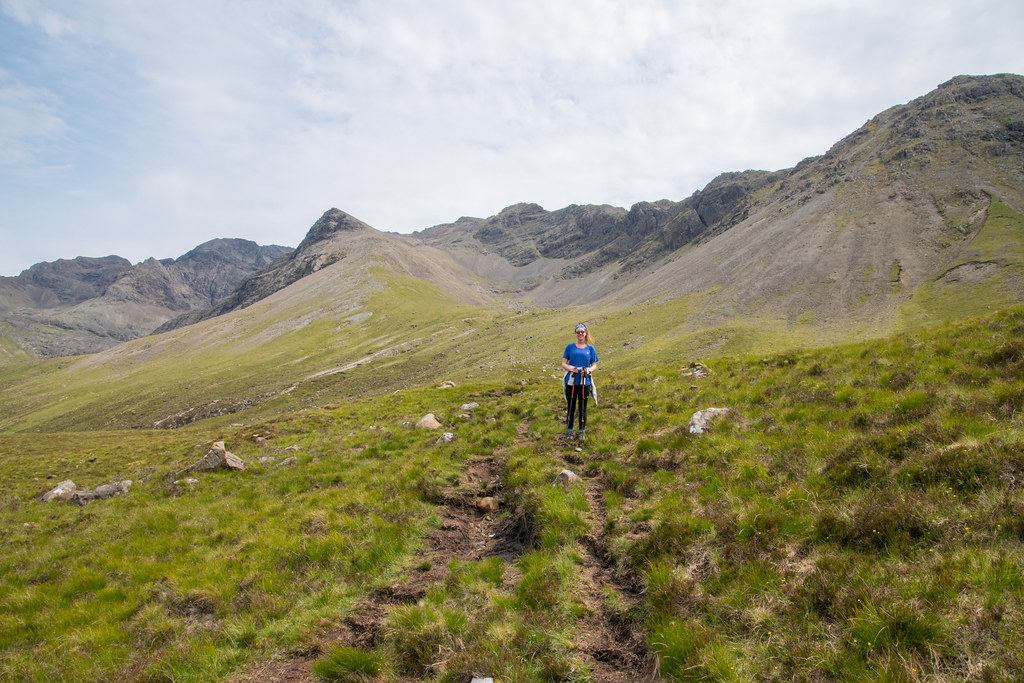