With the promise of a fine day - perhaps the best day we would get - we decided to go for one of the bigger walks we had planned for the week even though we would normally try to build up our stamina a bit first. 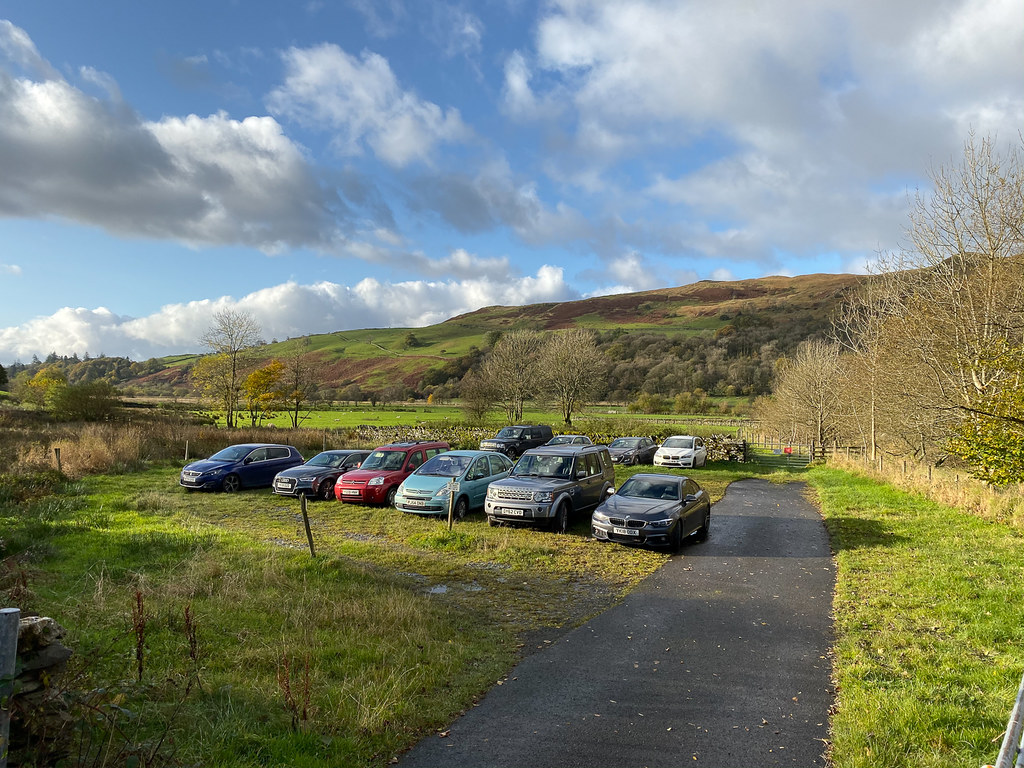 Knowing that parking at Kentmere was very limited we decided we'd better get there early, so we arrived at 9:30am to find that the parking by the church was already full, but fortunately the farmer's field had been opened for parking and we were able to park there. 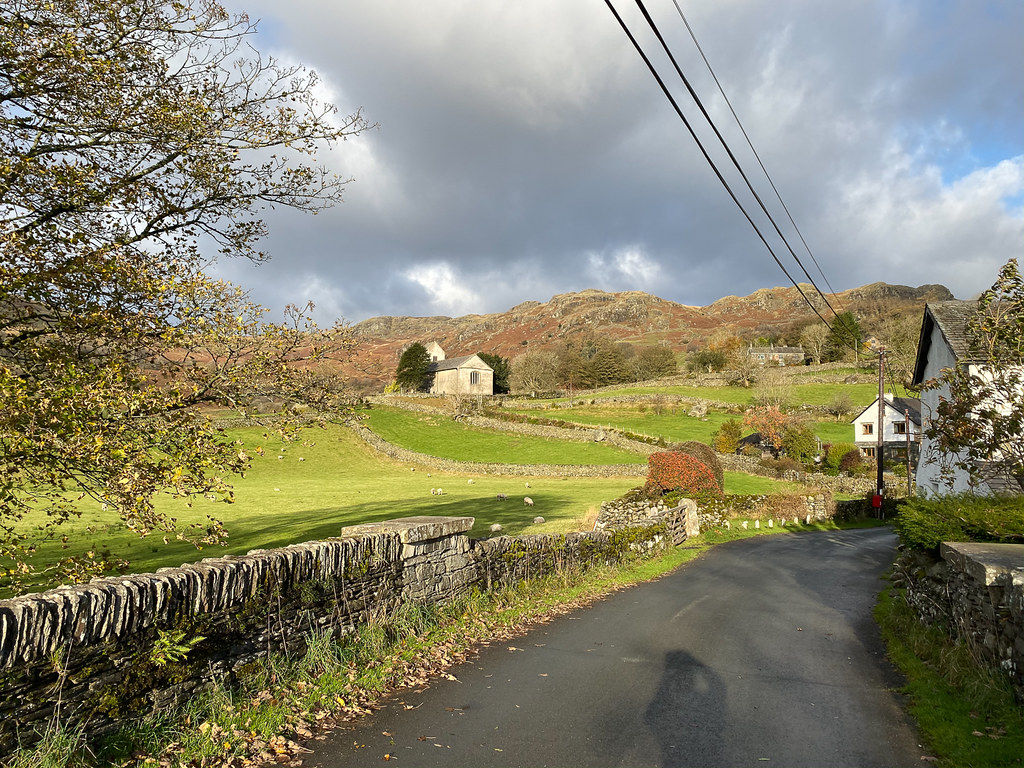 Setting off towards Kentmere Church

The walk started off on the roads through Kentmere, towards the start of the Garburn Road track. 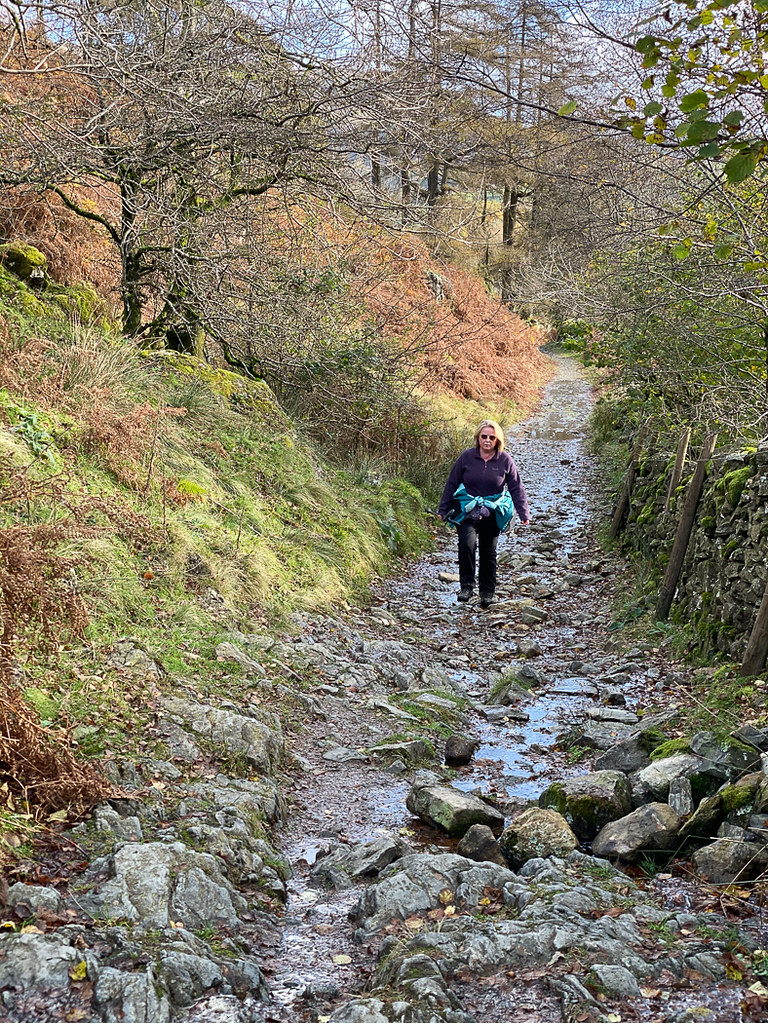 The track made the initial climb pretty easy. 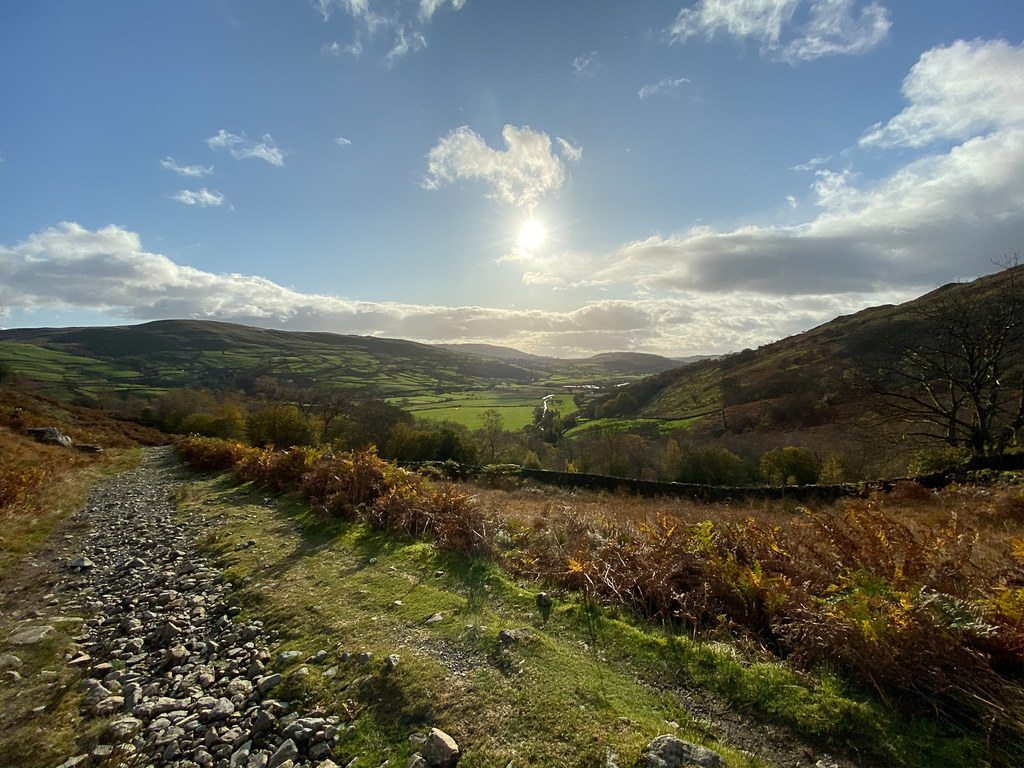 Looking back down Kentmere valley

Lovely views back behind us, when we remembered to look! 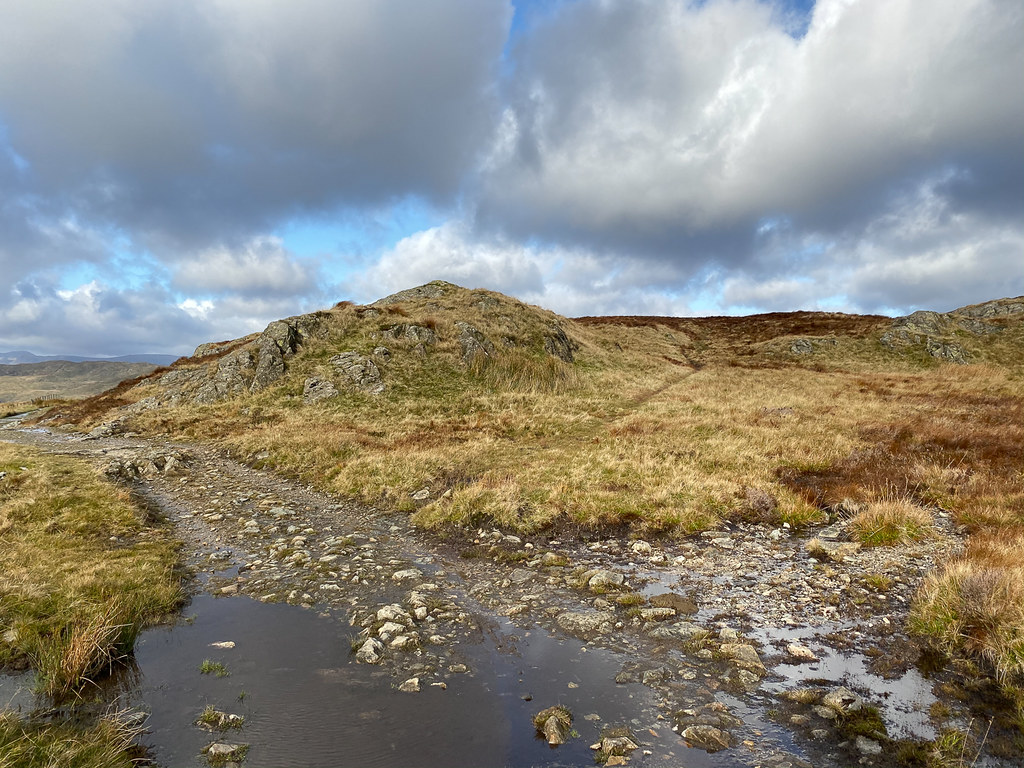 The path off to Yoke

We were starting to get bored of the Garburn road by the time we reached the summit of the pass. There were a quite a few people on the road today, and most seemed to think that staying on just a bit past the summit was the best route, but we cut off earlier to keep closer to the wall on the way up to Yoke. I thought that might be a bit more sheltered (wind was a bit cold), which it probably was, but it was also very boggy in places and I suspect the main path would have ben preferable from that point of view. 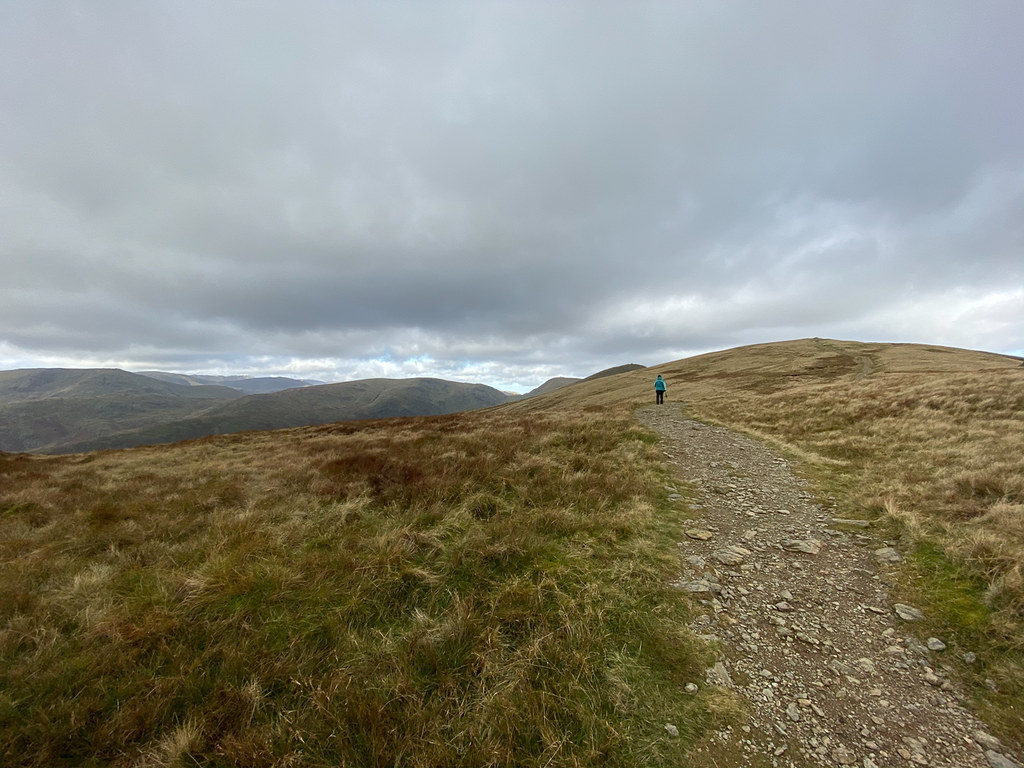 Yoke and Ill Bell ahead

As we rejoined the main path, we saw our destinations set out ahead of us. I thought when I took the picture that this was Yoke, Ill Bell and Froswick, but I now suspect that the third summit in view is in fact Thornthwaite Crag, and that Froswick is hidden behind Ill Bell. 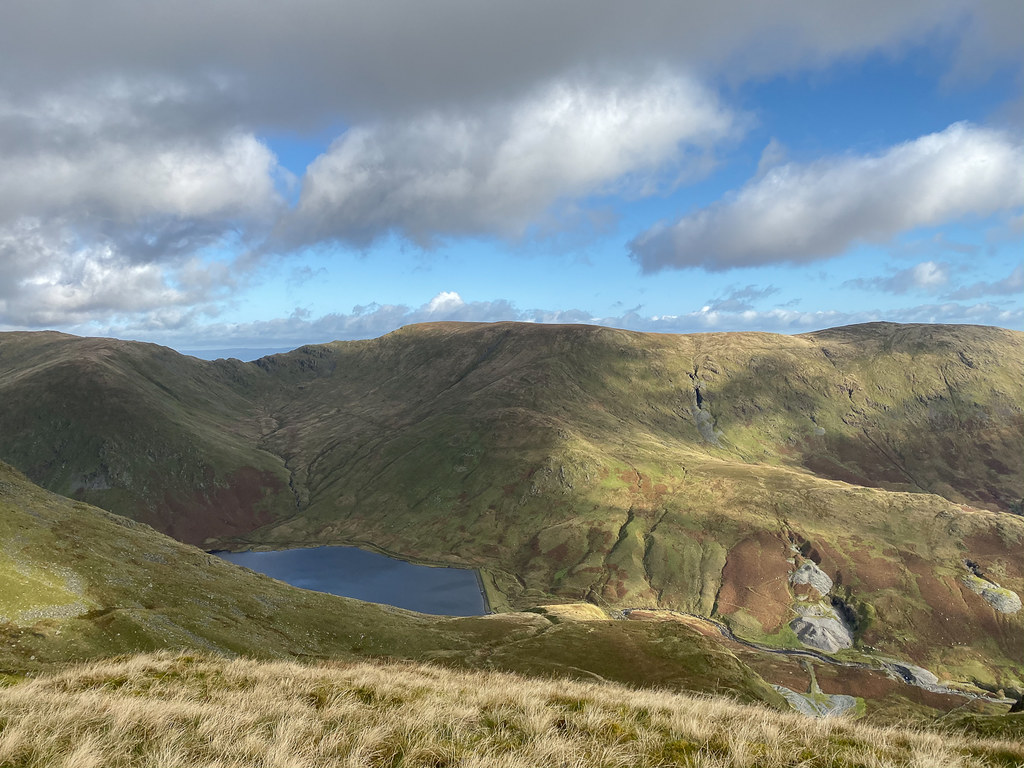 Lorraine was convinced that this reservoir is fake, like in some James Bond film, and that there is a secret rocket launching station underneath. 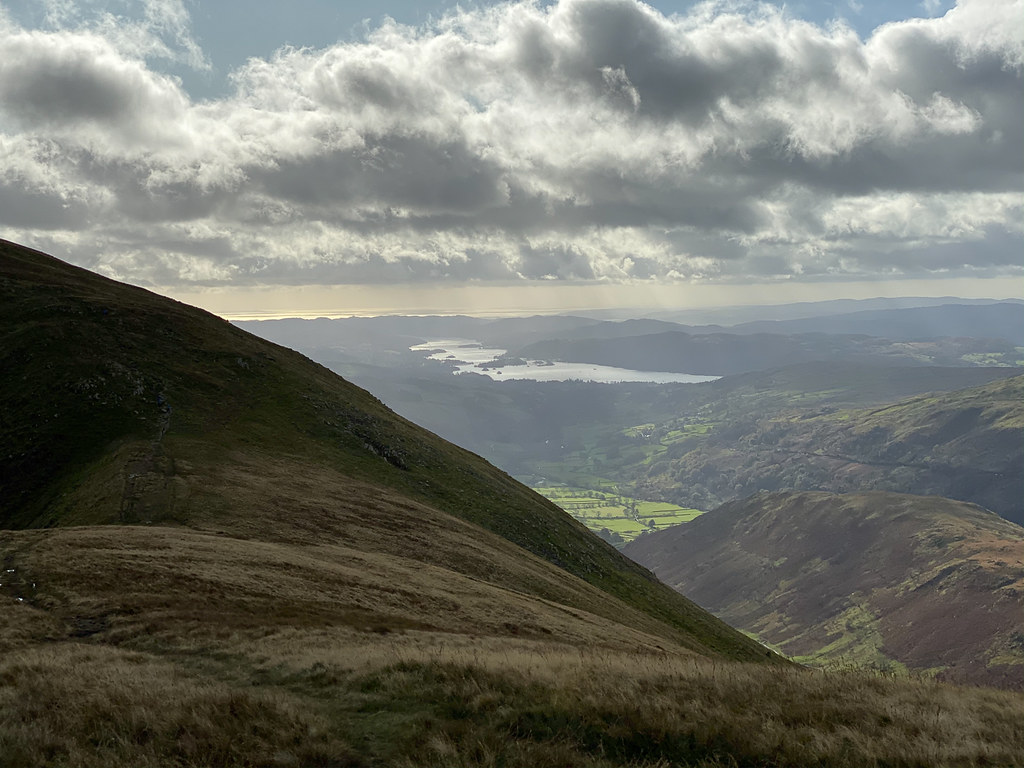 We didn't linger on the tops, but I did take a photo looking back at Windemere (probably from just beyond Ill Bell) 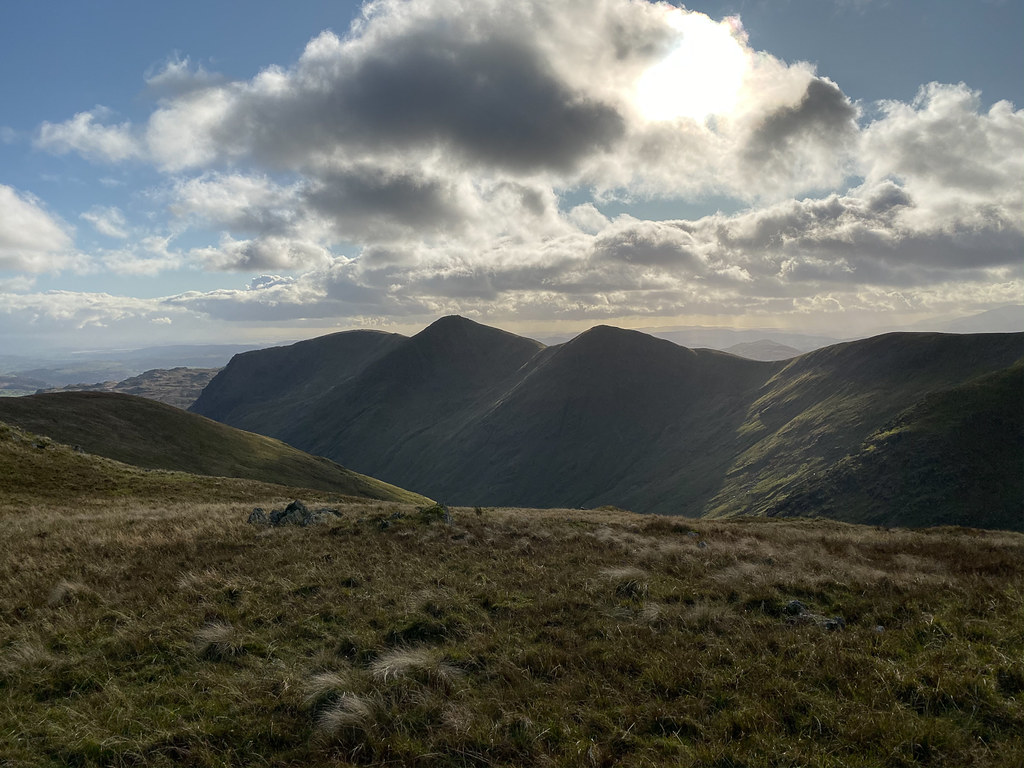 We hadn't quite decided what we planned to do after Froswick - heading back the way we had come did not appeal, but it did not seem we would have time for the full Kentmere Horseshoe before sunset. And limbs were starting to tire. We looked to see if there was a route down off the ridge to Kentmere Reservoir, but it looked rather too steep, and the route suggested by Wainwright down a scree gully didn't look especially inviting either. By the time we were at the top of that gully it seemed just as easy - if not just as quick - to follow the contours round to Mardale Ill Bell then descend via Nan Bield Pass. 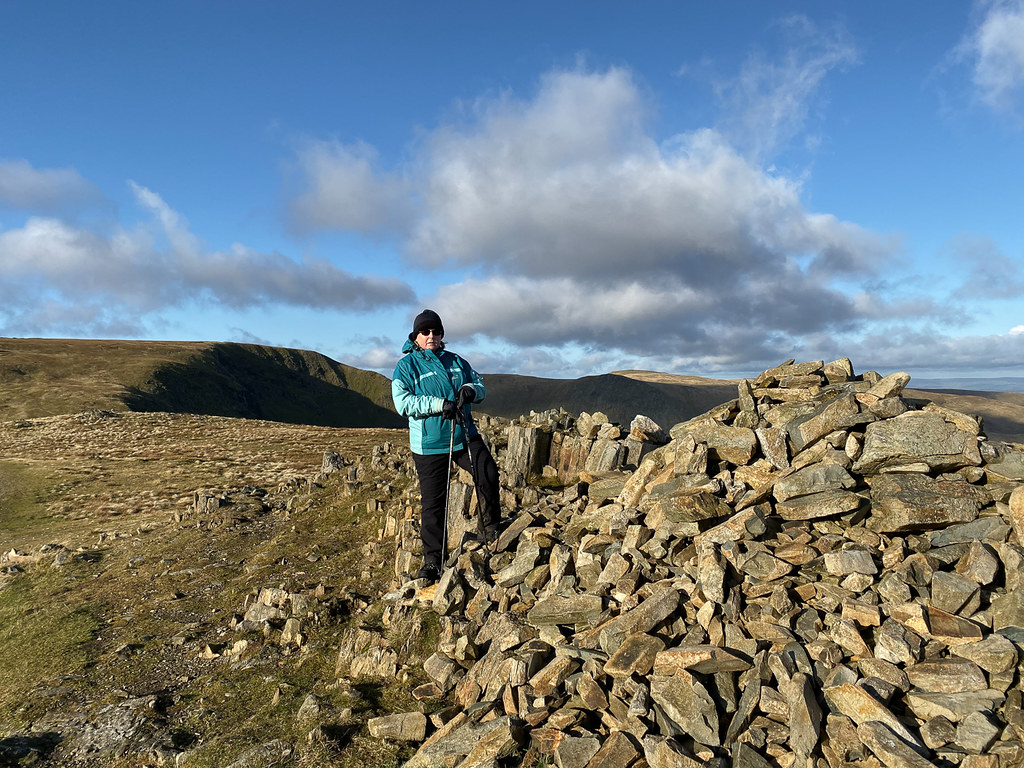 Going via Mardale Ill Bell had the advantage of adding another new Wainwright - at least for Lorraine (I had climbed it before). 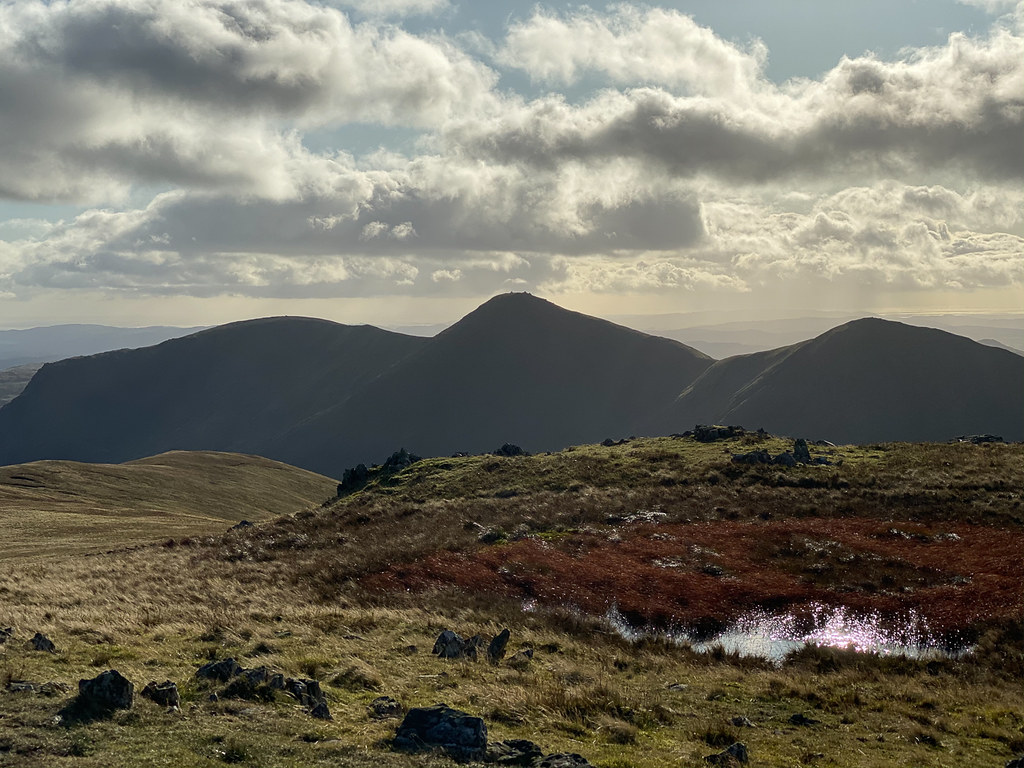 One Ill Bell from the other

Seems very odd to be able to climb two fells with the same name on one walk. 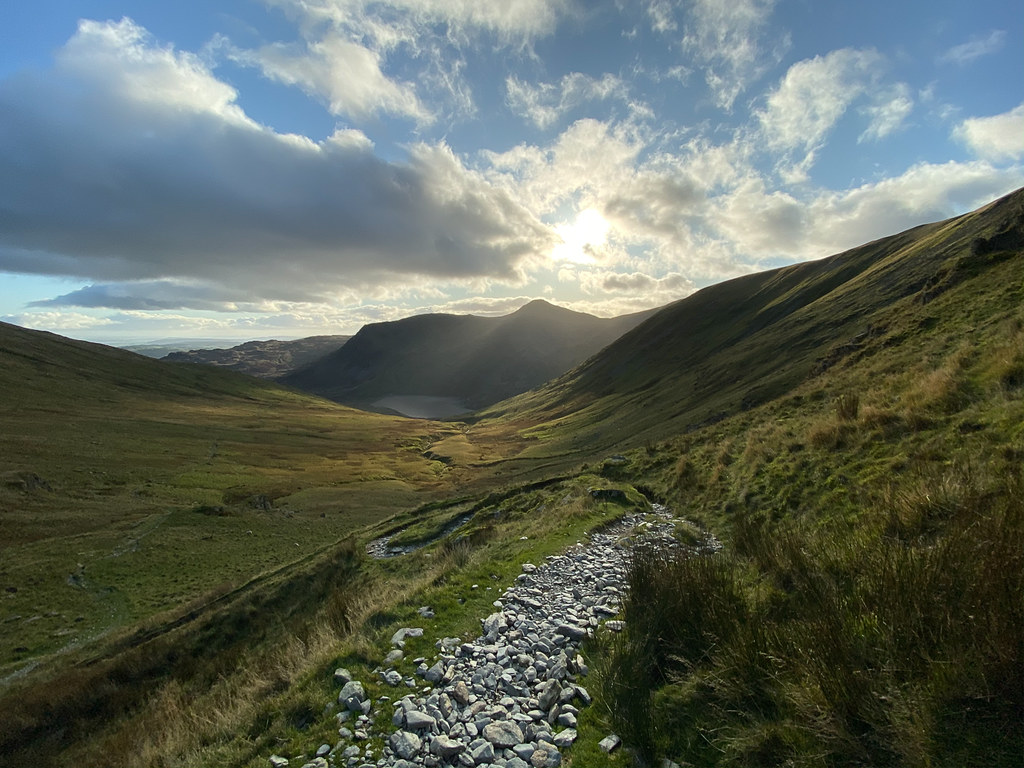 Heading down from Nan Bields Pass

From Nan Bields the path was pleasant enough, though I was getting increasingly worried about the amount of daylight remaining. We were still 4 miles from the car at this point. 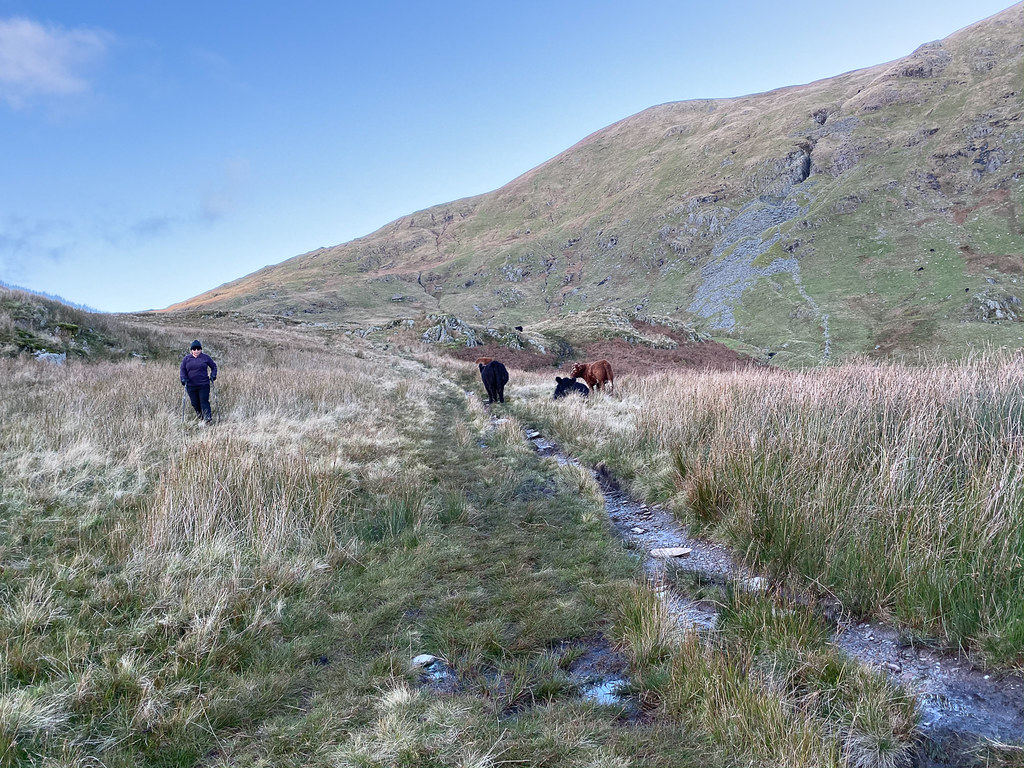 A small herd of cows blocking the path was not a welcome sight - fortunately they just ignored us. Not having dogs with us was a relief. 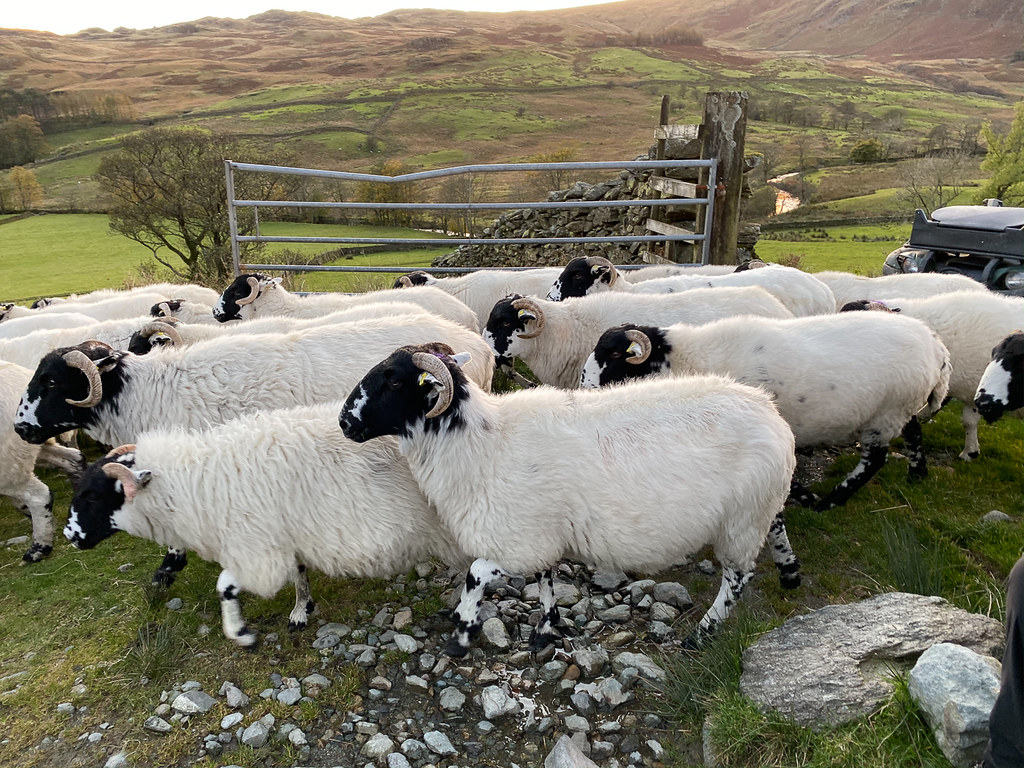 As we continued down the path towards Kentmere we met a farmer rounding up sheep to drive along the path - he asked us to wait around the corner to stop any sheep heading the wrong way up the path (or more likely just to keep us out of the way). 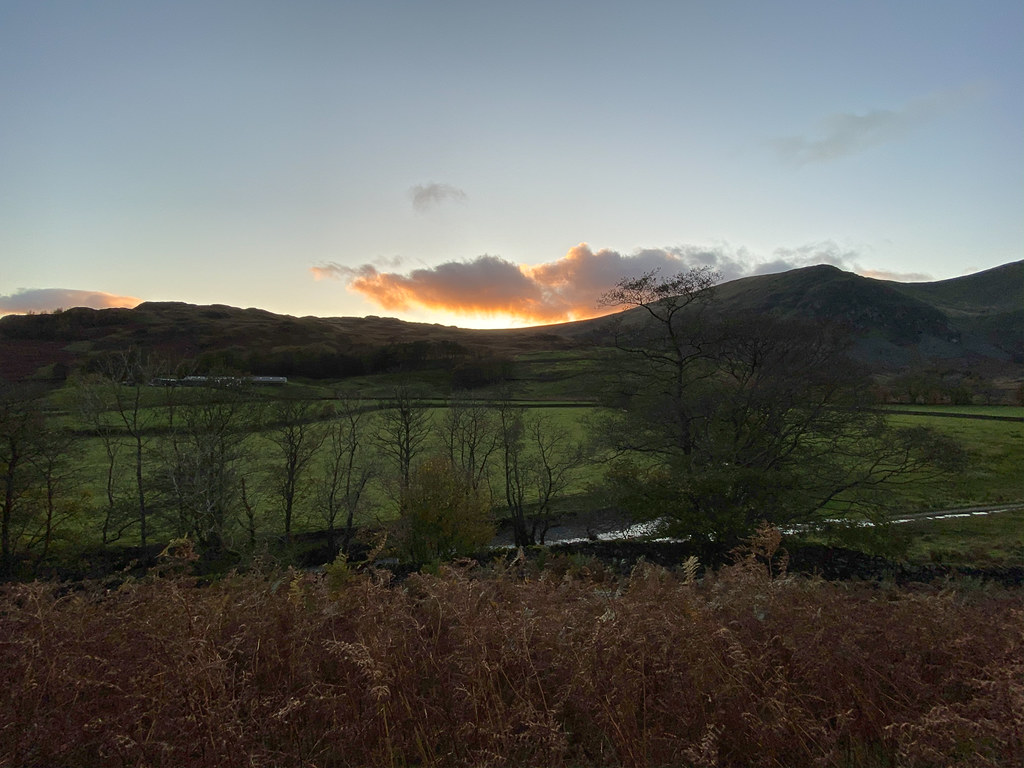