2019-10-28 Grey Crag small.gpx Open full screen  NB: Walkhighlands is not responsible for the accuracy of gpx files in users posts

Lorraine's knee was hurting after yesterday's exertions, so she decided a rest day was in order. I didn't want to waste the beautiful weather and decided to head to Longsleddale, with a view to ticking off Grey Crag and Tarn Crag, and maybe coming back via Kentmere Pike and Shipman Knotts if time and energy permitted 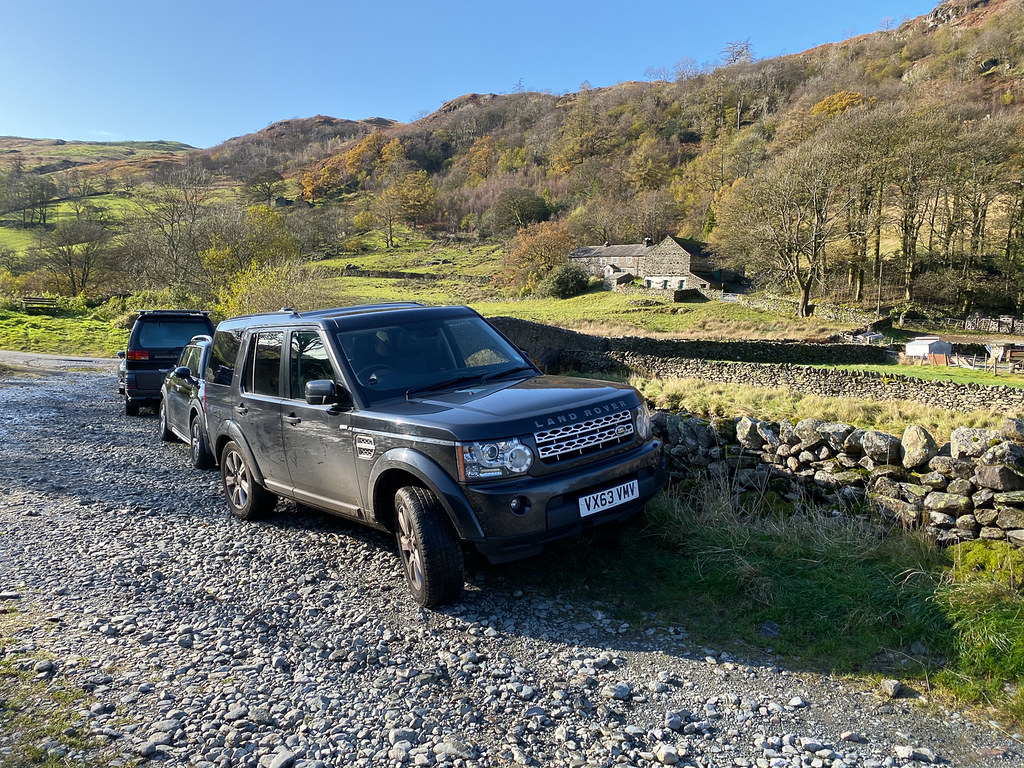 The drive down Longsleddale is very long, and I was relieved to find plenty of parking available at Sadgill. 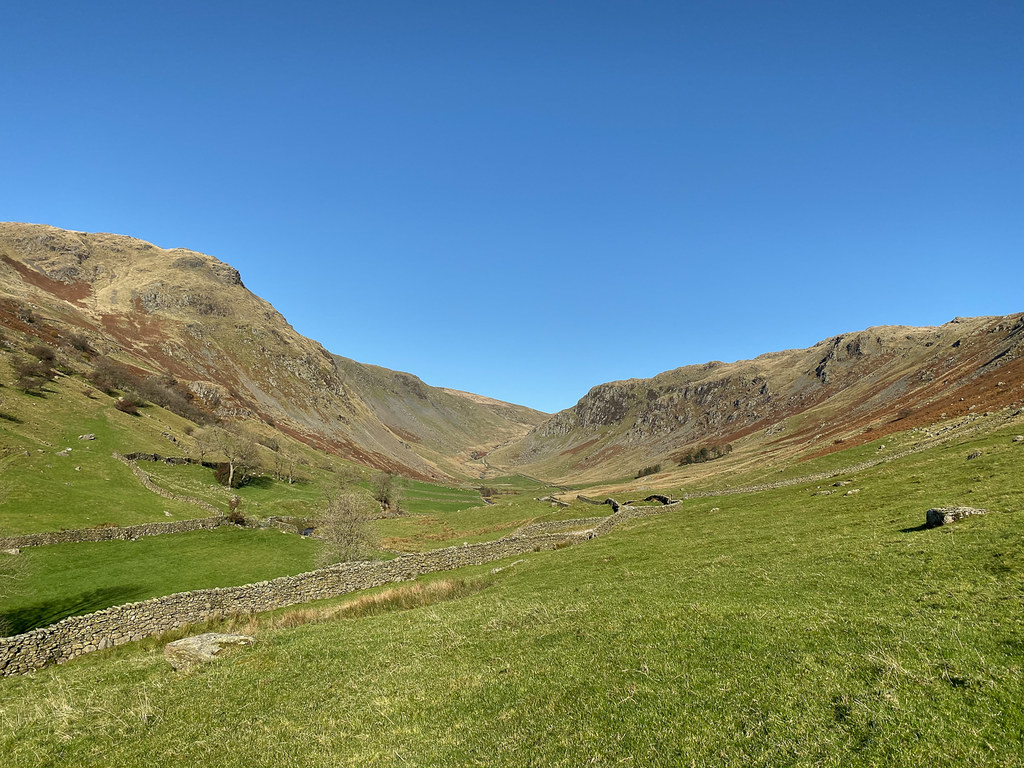 The path up towards Great Howe and Grey Crag sets of steeply through a field next to the parking area. 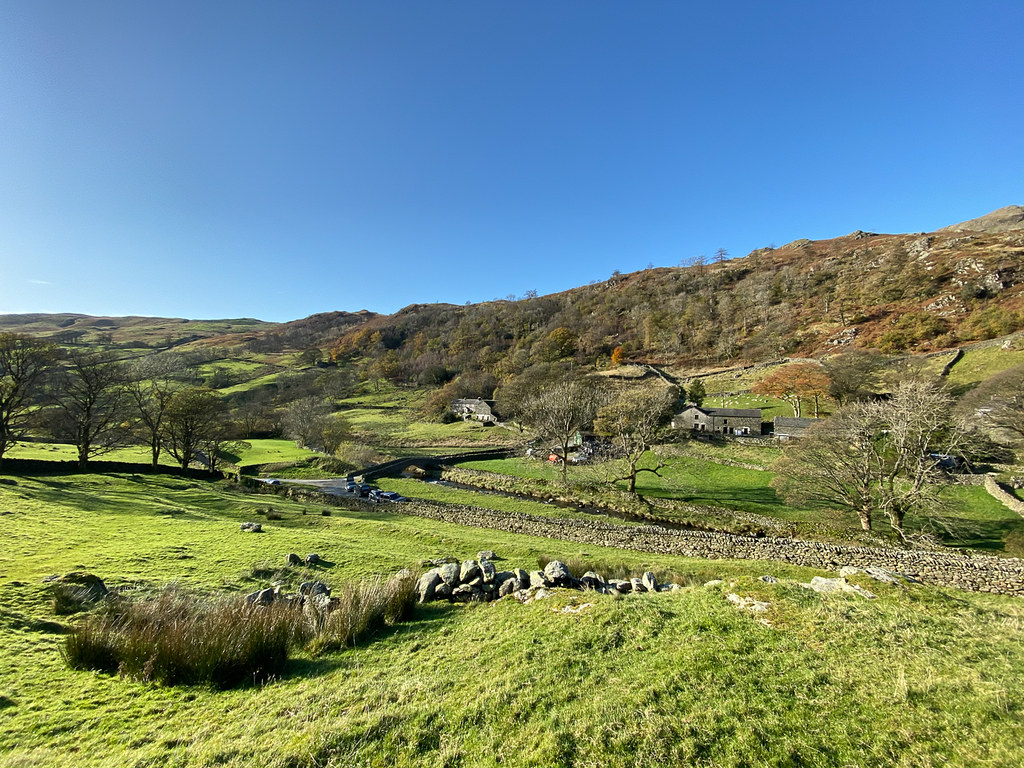 Plenty of pauses for breath (and photos) during this initial steep ascent towards Great Howe. 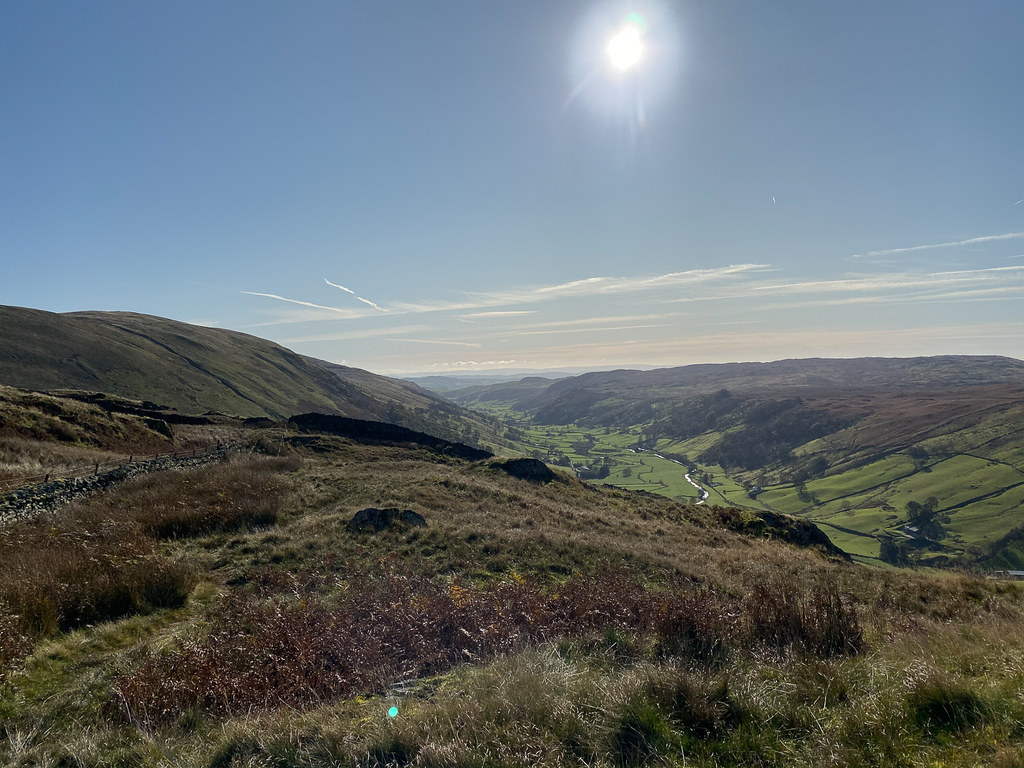 Eventually the gradients levelled off - even went downhill for a bit which didn't seem fair! 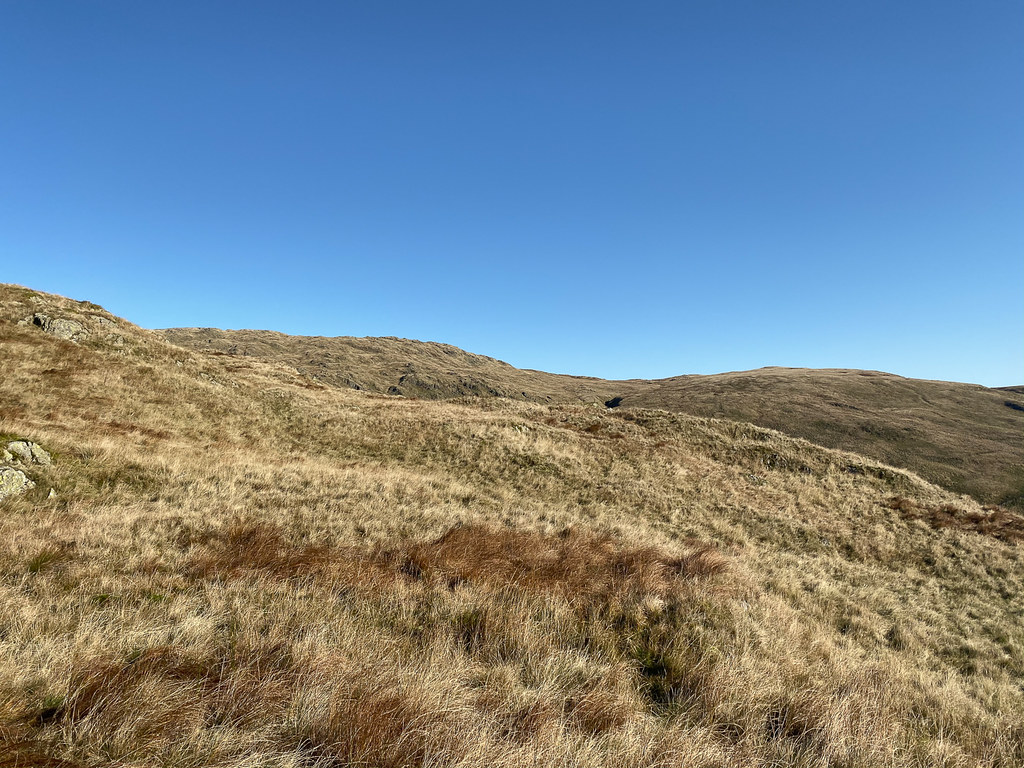 I was relieved to see Grey Crag looking reasonably close - then worried that perhaps that was not Grey Crag at all. But it was. I was also disconcerted that I could not see any trace of the pillar that is supposed to be on top of Great Howe, and wondered if I was on the wrong path. Eventually I spotted it a little bit off the summit, looking back. 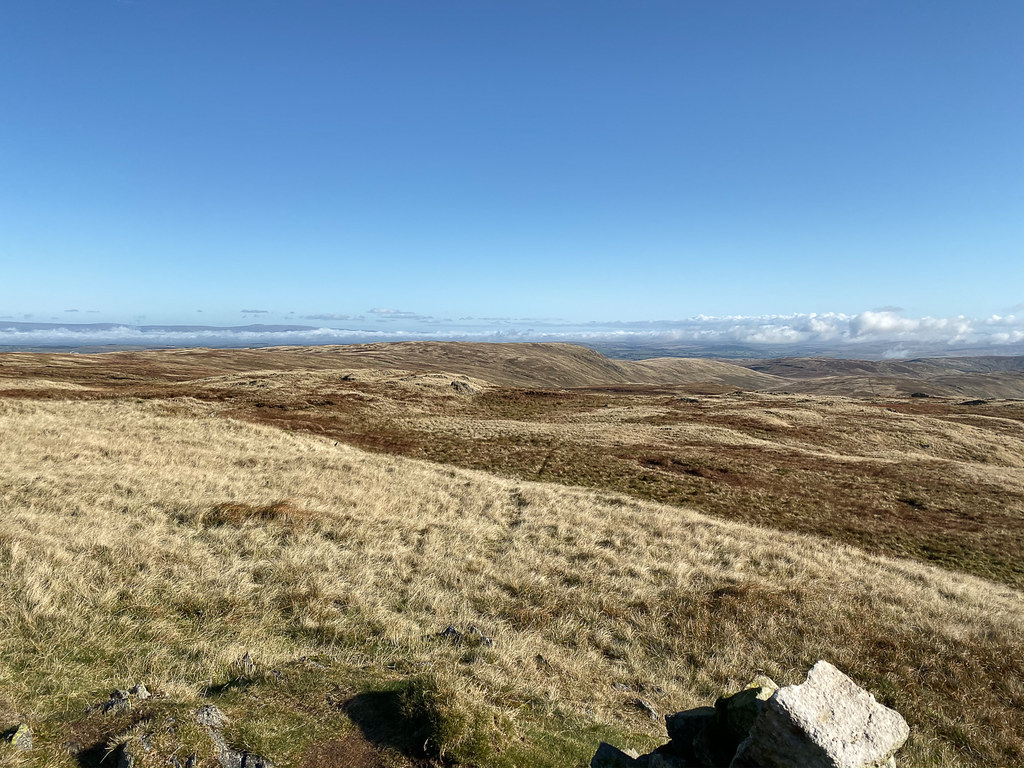 A steady trudge up to the top, and a pleasant surprise when I checked the time - I had expected it to take me longer to get there using my usual formula based on on hour per two miles and an extra hour per 100 feet of ascent. Perhaps there would be enough time to get back over Kentmere Pike after all. 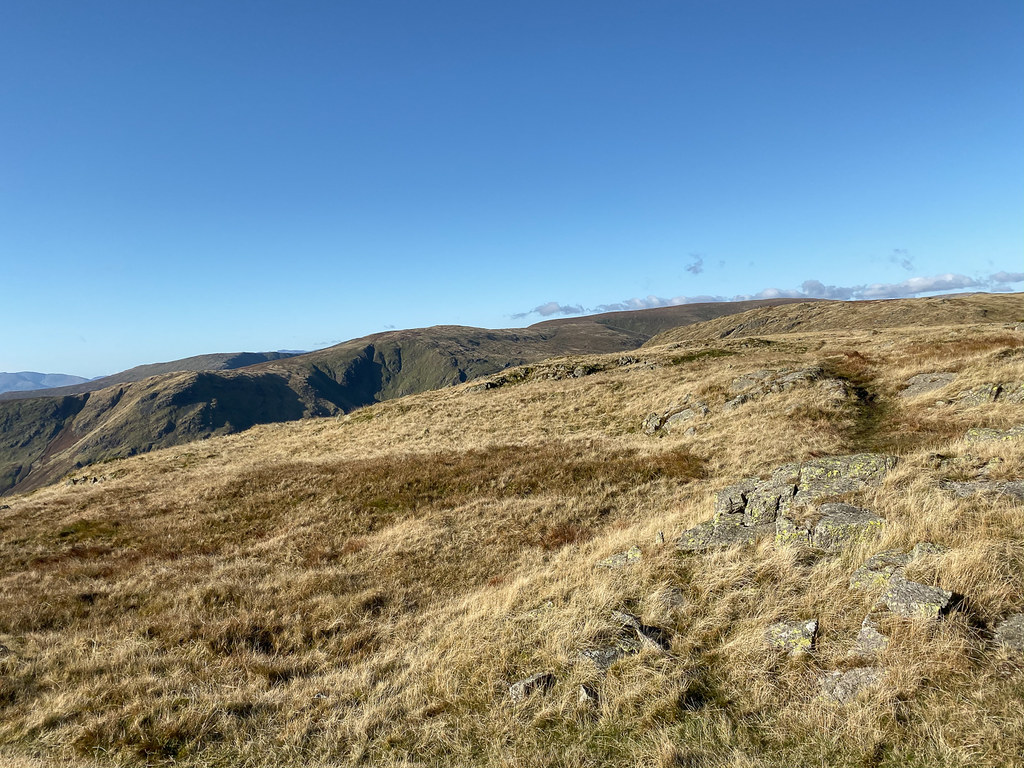 The path to Tarn Crag was very boggy - disconcerting to feel the whole ground sinking beneath you! I decided to play safe next to the fence. Once past the boggiest areas there was a promising-looking path heading towards the summit, but it soon petered out and I had to make my own route up the side of the fell. 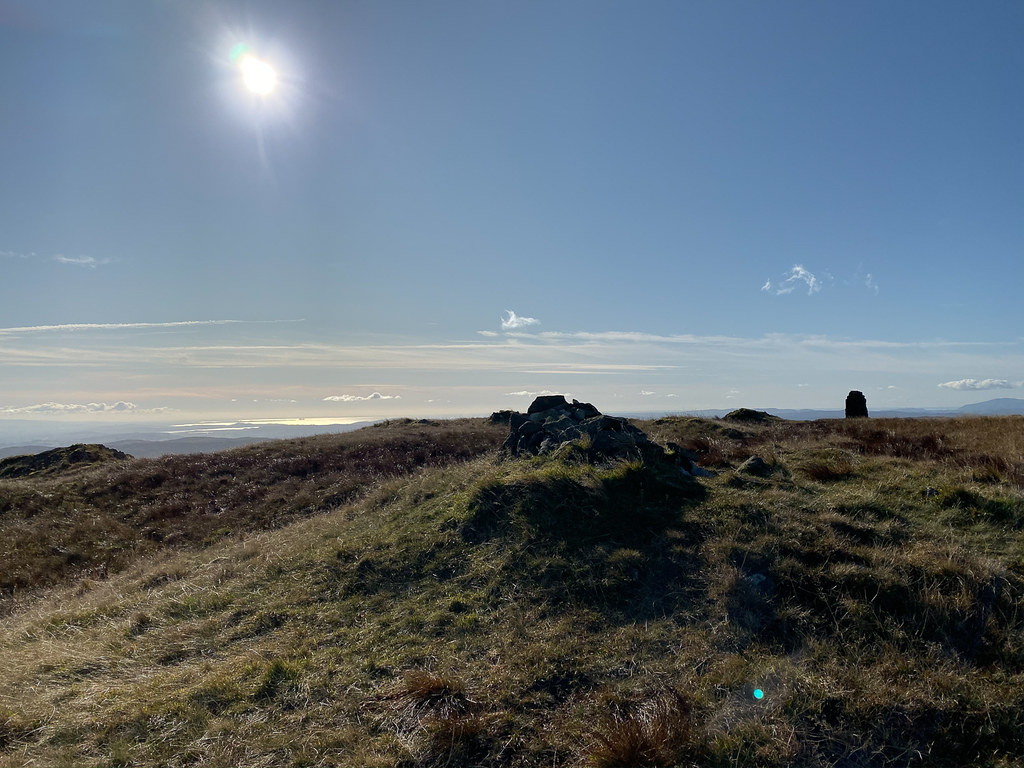 The summit was soon reached - again, ahead of schedule - and at this point I was feeling fairly positive about completing the horseshoe. However, as I descended towards the col where the Swindale path leads off, I got a better look at the lie of the land. In particular, it was clear that a lot of height would be lost going down to that col, and then again going down to Gatescarth Pass from Branstree. While some effort could be saved by following contours around Branstree, it looked like a lot of effort that I was not really in the mood for. The horrible peaty, boggy path down from Tarn Crag did not help my mood. I decided that I would return to the valley via the col instead and save Kentmere Pike for another day. 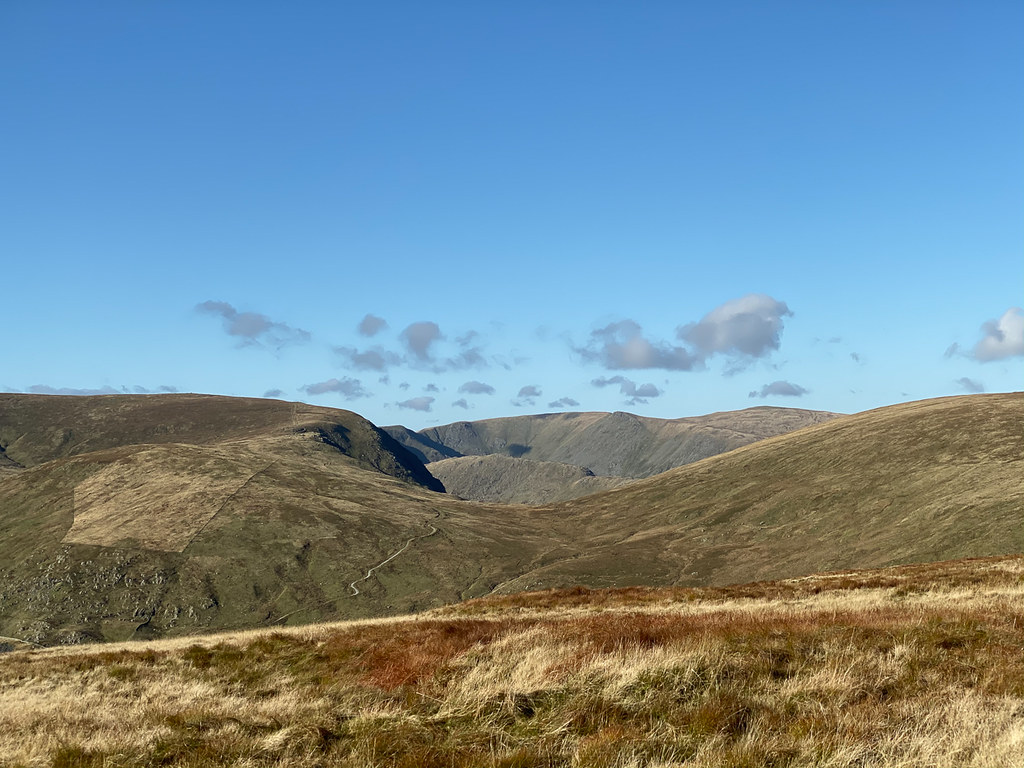 Even at the col I was wondering if there was a route across to Kentmere Pike via the disused quarry that would avoid losing any more height - but no paths were obvious. 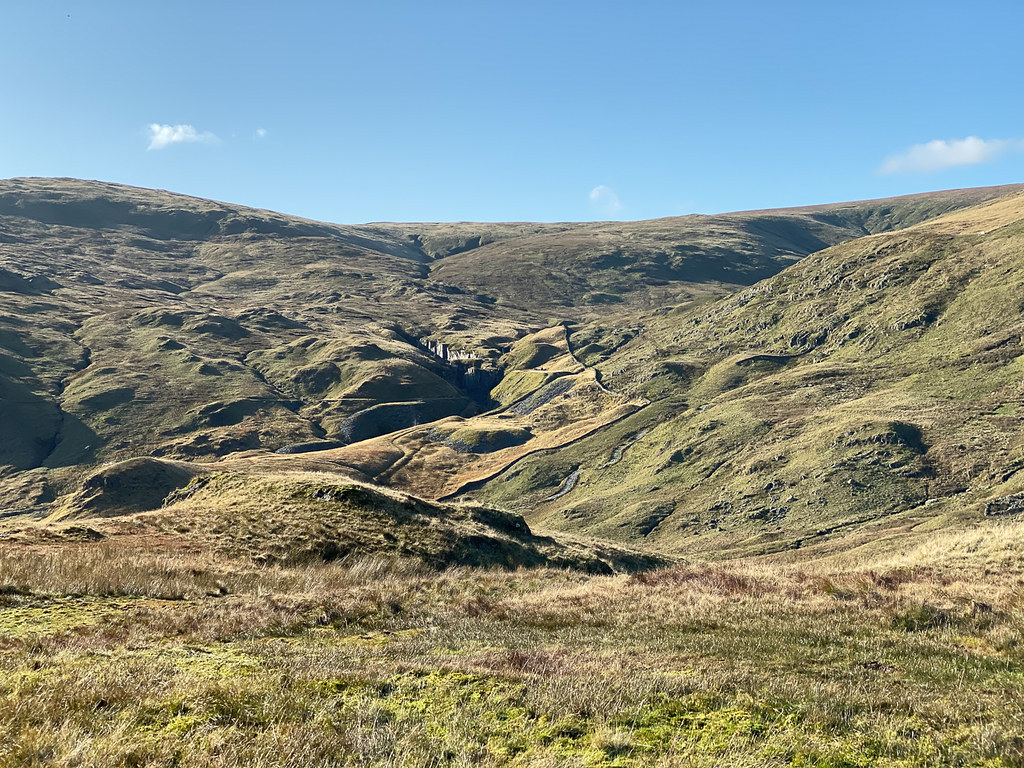 So I followed the path down to the Gatescarth Pass road, and set off back down that towards Sadgill 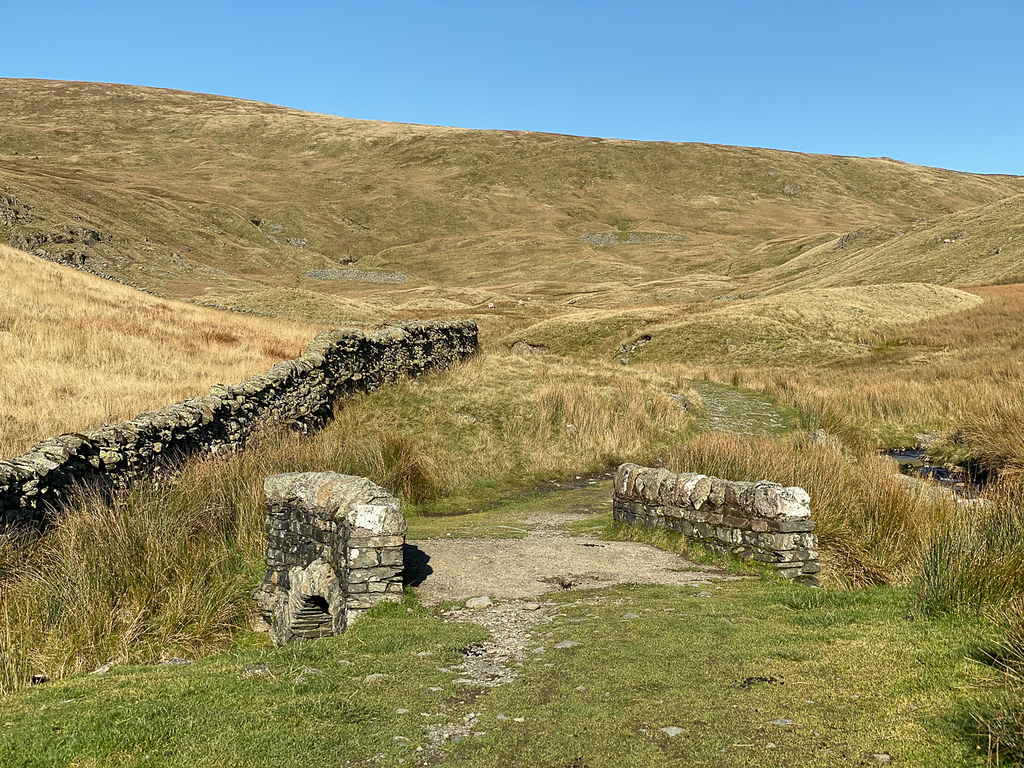 An easy return journey, if a little uncomfortable underfoot in places. 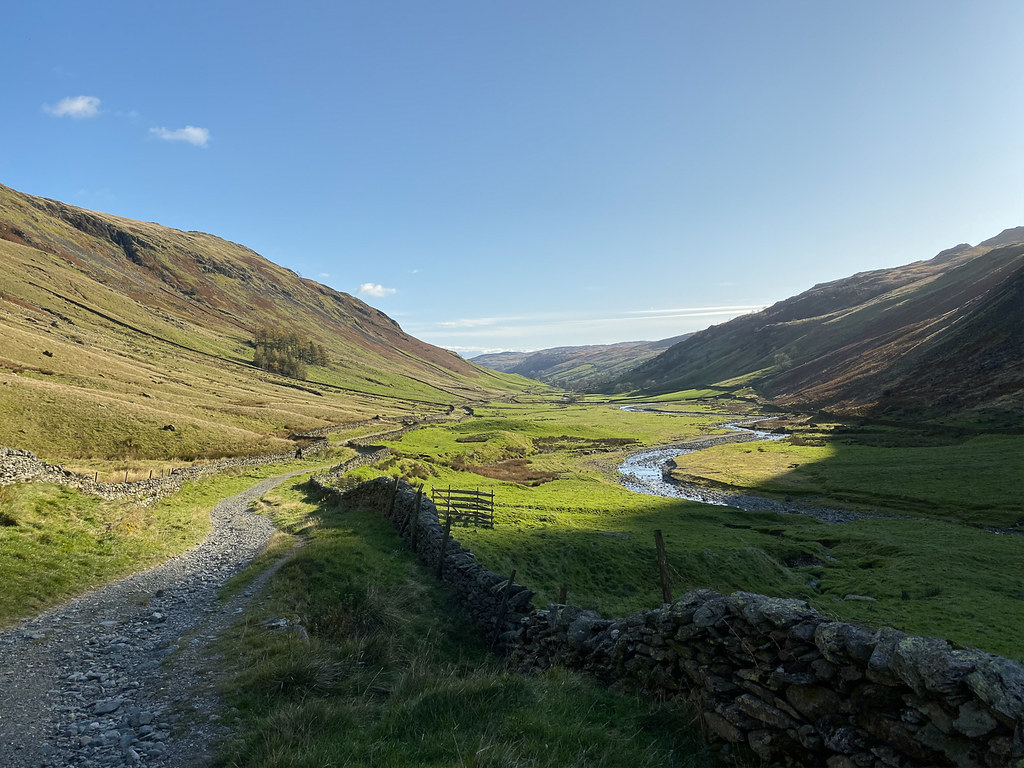 Some interesting features in the valley caught my eye. 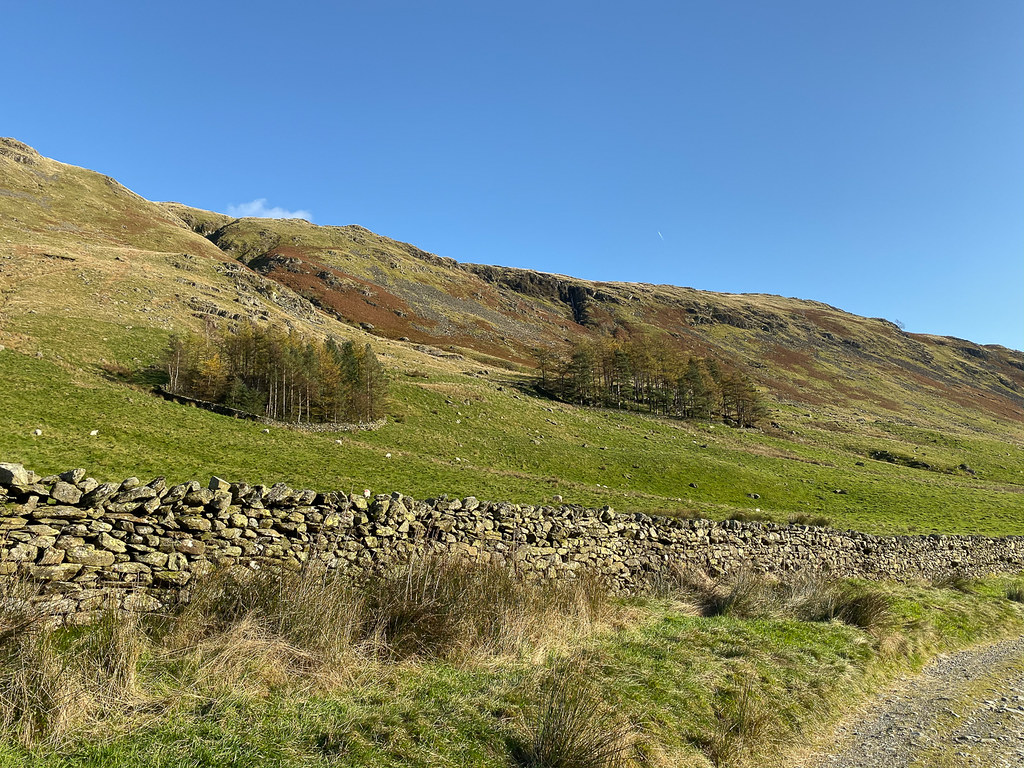 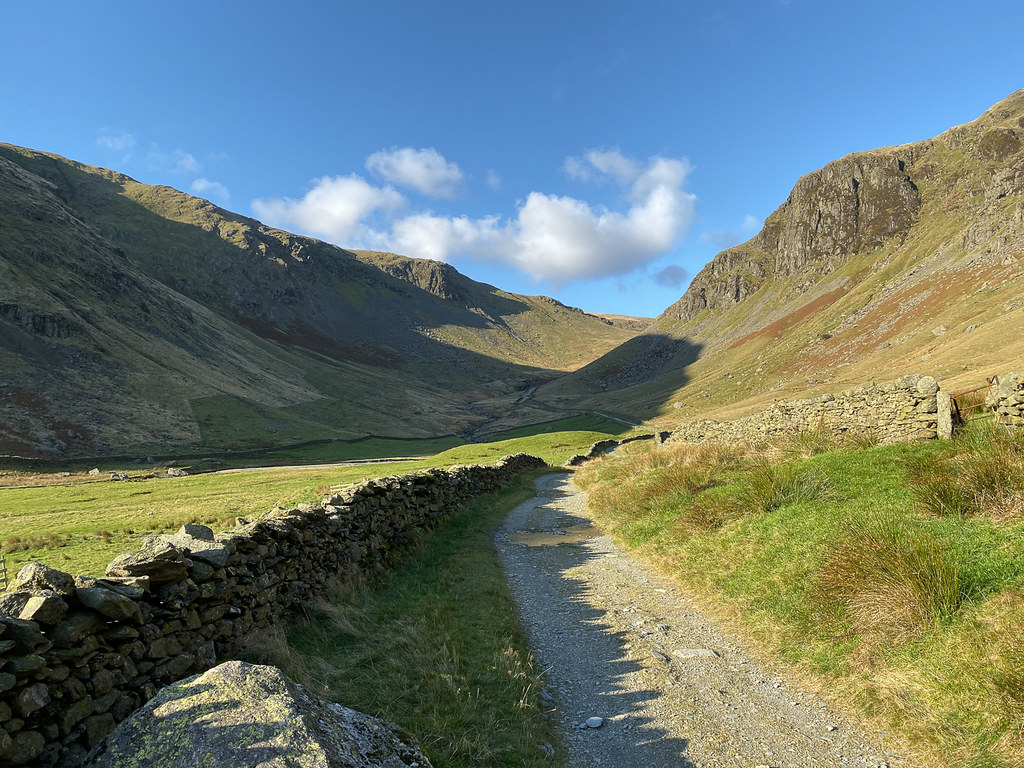 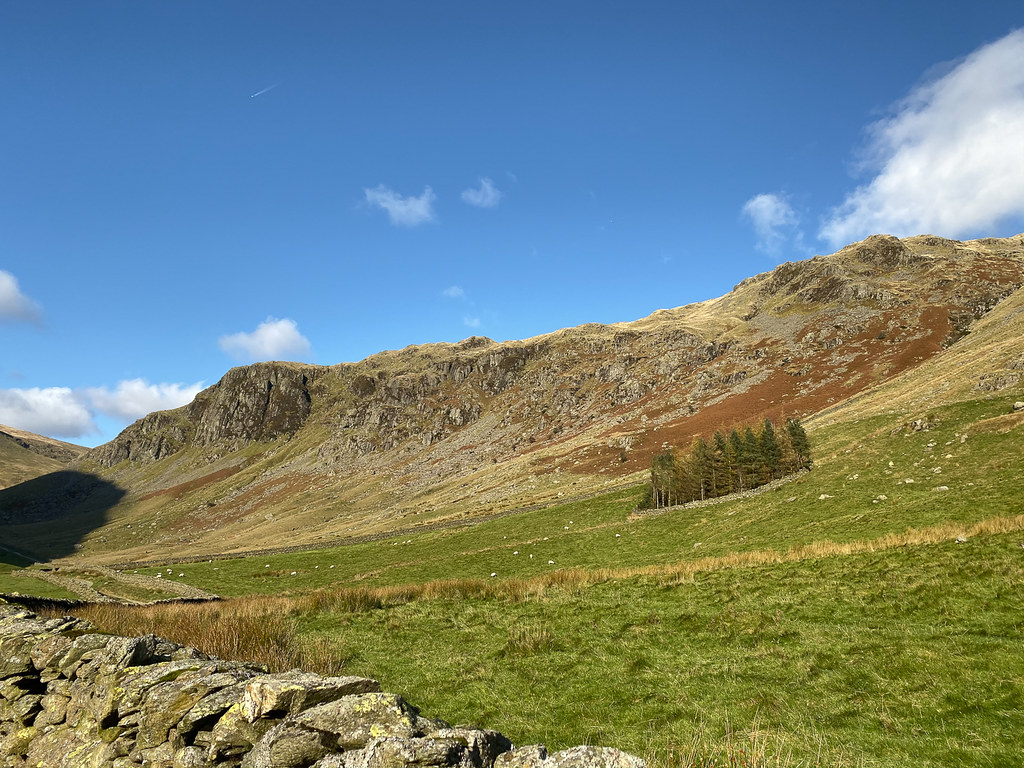 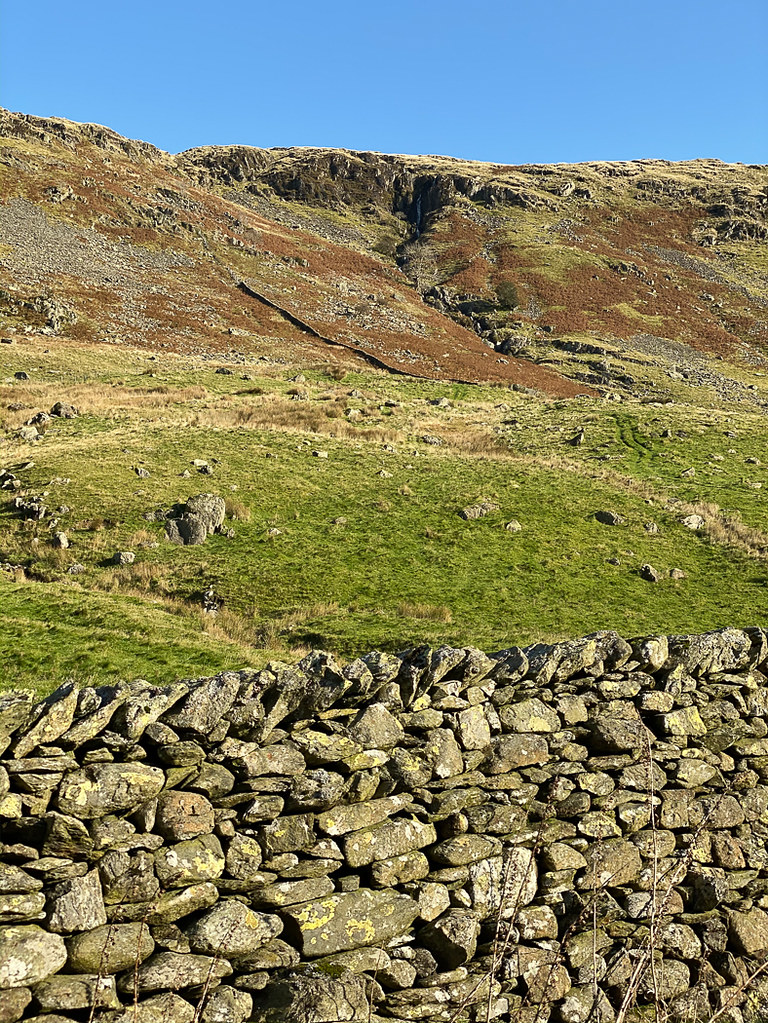 Before I knew it I was back at the car, and back home in time for an afternoon of sorting out pictures/gps tracks/blog reports...