The way past Eileanach Lodge was daunting, with gates firmly shut and barking dogs. However a friendly lady came out, opened the gates (for a car), quietened the dogs and welcomed us through, saying that the scenery was too good not to share with others. We walked along a wide forest track, then across a fairly new stile to the weir. 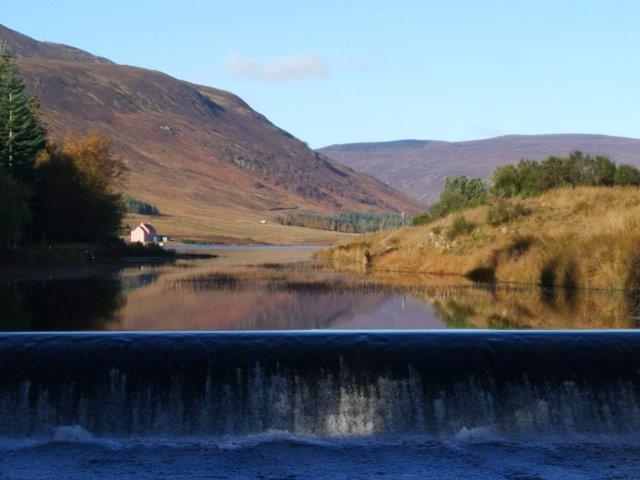 Loch Glass from the weir

We had to climb a gate to leave this area, then proceeded a short way along Loch Glass 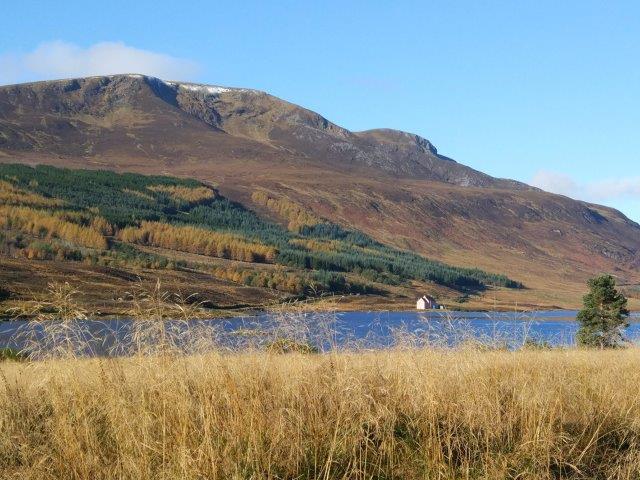 Loch Glass and the west side of Ben Wyvis 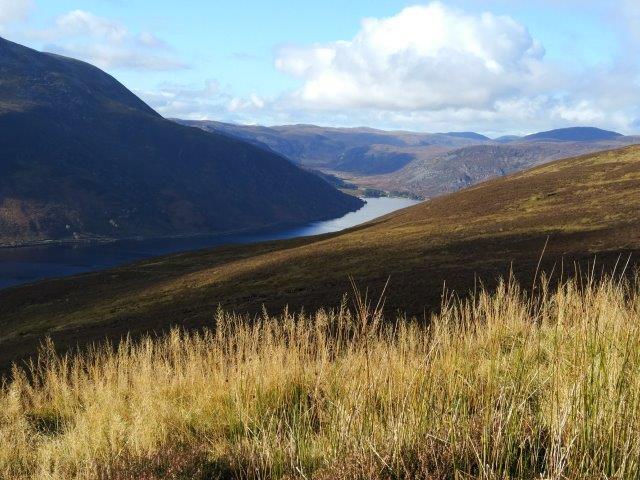 before taking the gradually rising track to the edge of the forest, then up zigzags towards the turbines. 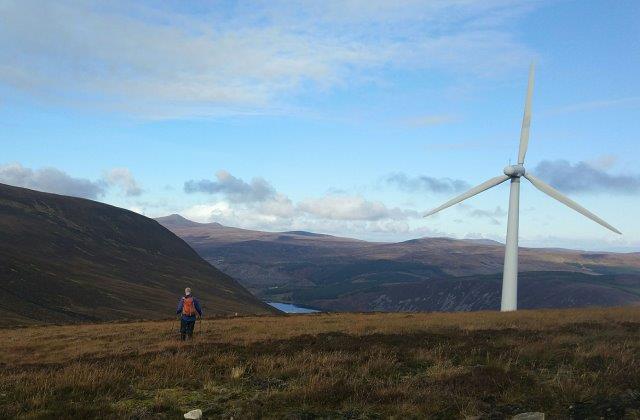 Actually heading to the left here, leaving the turbines

We ploughed through some rather waterlogged peat hags, and ate lunch with our backs to a boulder on a regrettably rare dry patch of ground, on the ring contour half way between the turbines and the summit. Clouds were gathering as we approached the summit, so that while I was debating when to take a picture of Ben Wyvis, it disappeared. To the northwest were extensive views of very distant snowcapped peaks, Carn Chuinneag dominated nearby, with Suilven showing faintly beyond 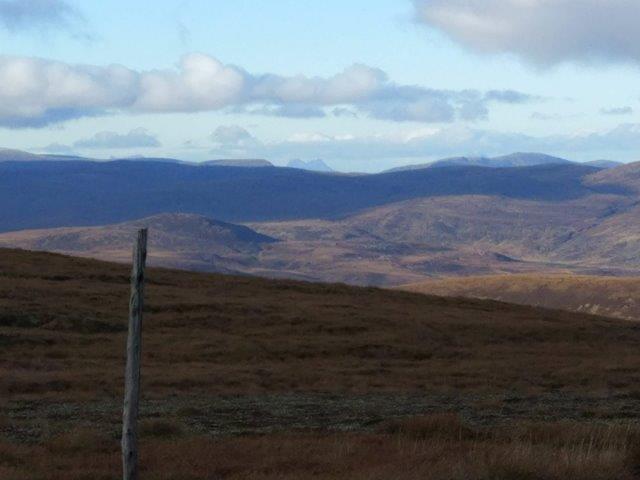 . The ground fell steeply to Wyvis Lodge and Loch Glass. 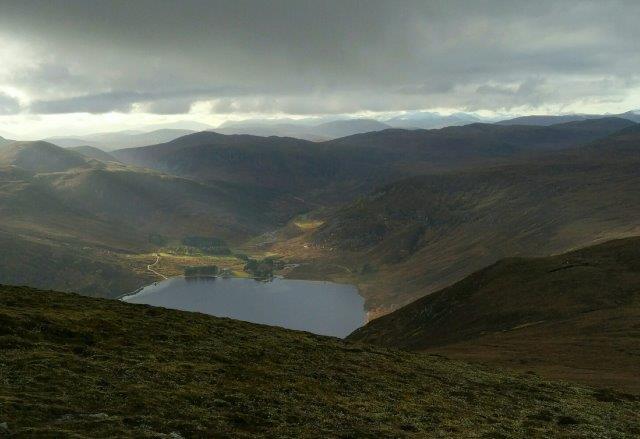 Looking down to Wyvis Lodge, distant hills are very far away

We returned to the turbines, but descended on the track on the outside of the forest for more loch views, then along just above the loch, The return was very peaceful in the woods, but just as wet underfoot as the ascent. We kept on the northeast side of the river for the return, and reached the road as night fell. Here is the approximate route