In Gorton last Friday, Alan had mentioned that he and Mark would be stopping off in Suardalan on their way to Skye on Wednesday evening. My mate Ross had taken an interest in going to a bothy some time ago but we hadn't got around to it - seemed like the perfect opportunity as Suardalan is easy to get to.

Weather was rubbish on Wednesday morning so we had a lie-in, having come back from the NW quite late last night. We picked Ross up and 4pm and drove over to Glenelg, arriving just in time to walk in before dark. The showers had largely died out, leaving us a largely dry walk. 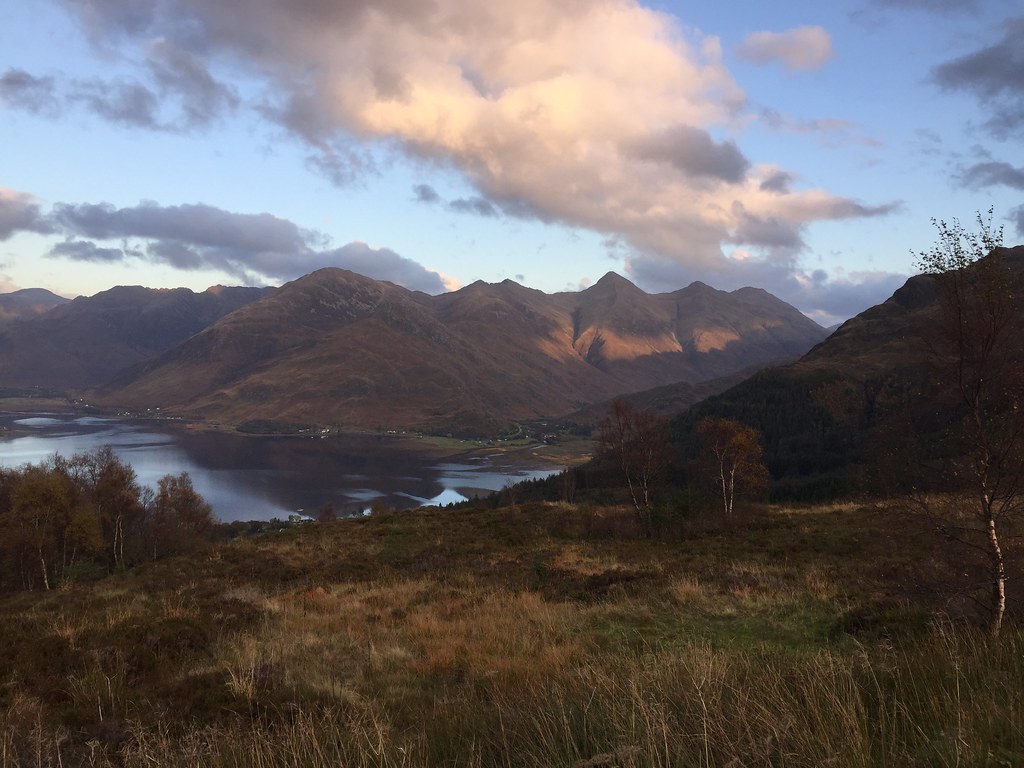 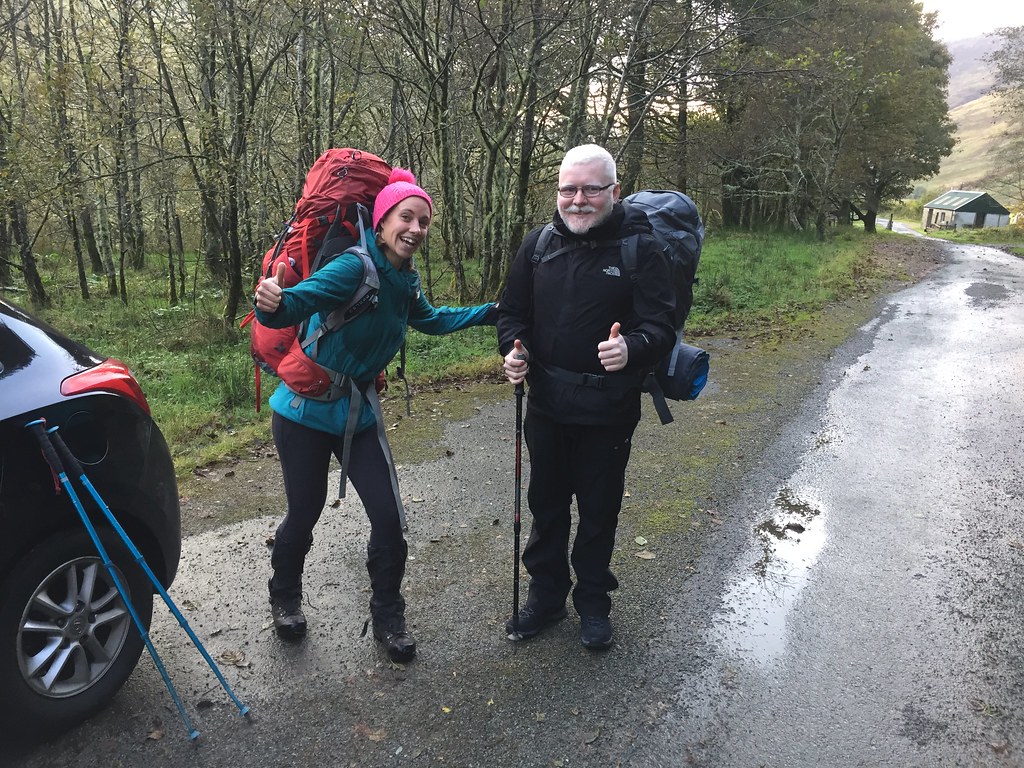 I knew not to follow the path shown on the south side of the river, as this is just a marsh; there are good forestry tracks and a bridge to within 10 minutes of the bothy on the north side. However I was wrong about there being a bridge over the final burn - it didn't actually exist!

We arrive first and got the fire on fairly quickly. Others rolled in later, including Alan, Mark, Rob, Nathan and Martin, and we had a great evening. 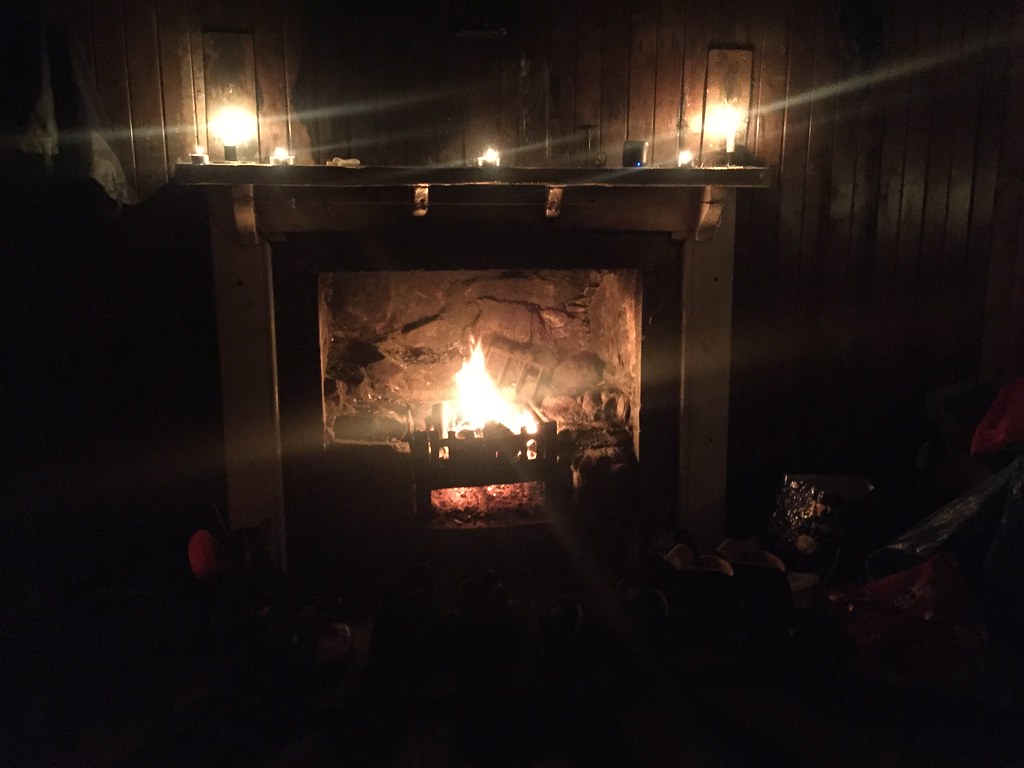 We didn't have any massive plans the next day - the forecast hadn't been great otherwise we might have made an earlier start and gone up Sgurr an Airgid. As it was, we ambled out and drove round to Glenelg to use the toilets there, saying goodbye to the others as they headed for Skye. 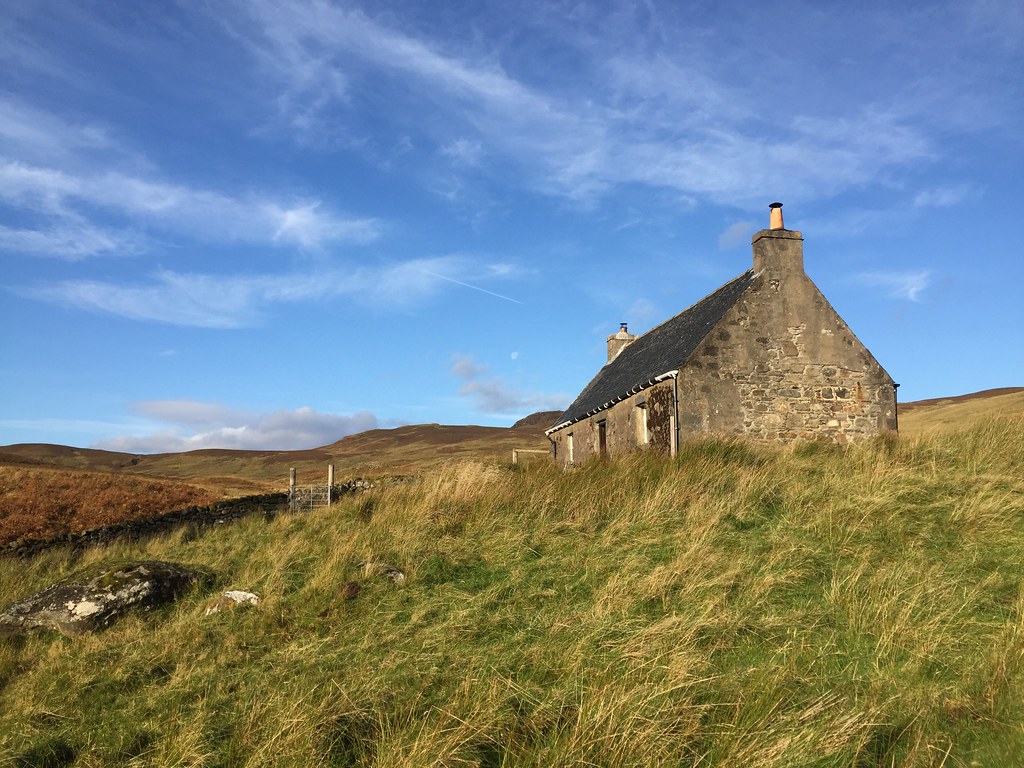 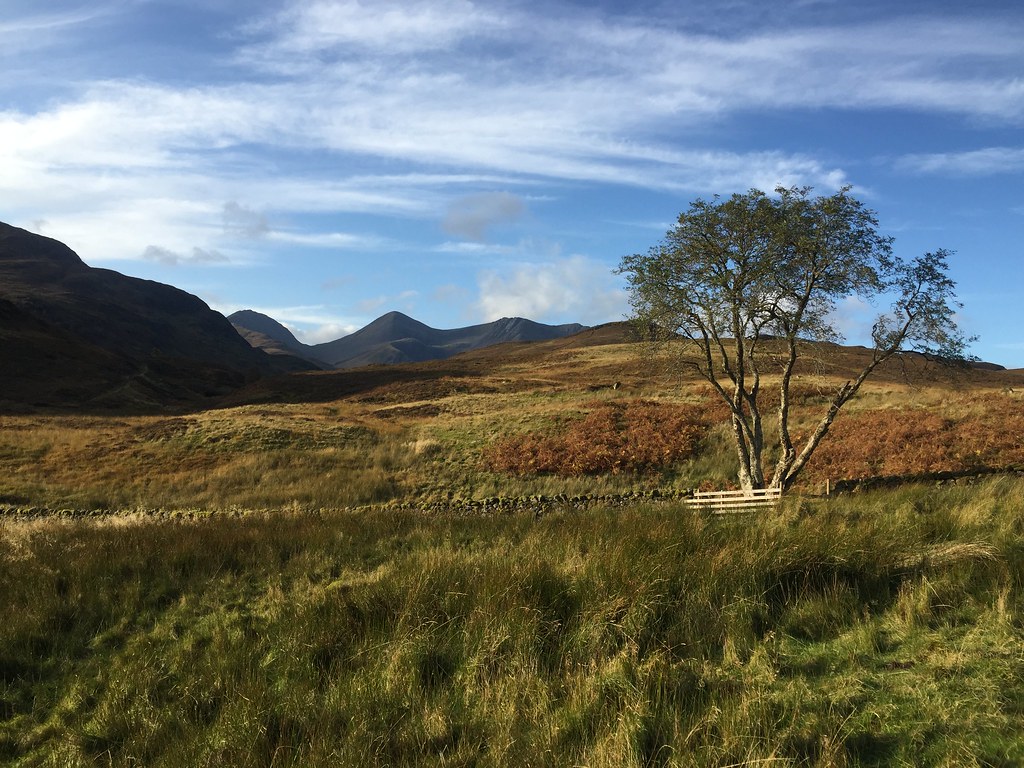 Looking for something a bit shorter, I suggested Beinn Mhiarlairigh, the only Marilyn in the area I hadn't been up. This didn't inspire immediately until Jackie cottoned on that it would probably have good views. Ross has only been walking with me a couple of times and isn't really used to my brand of off-piste bog, but we reckoned most of the walk would be on a forestry track, so we went for it. We started off opposite the signpost to Sandaig, from where it was pretty obvious how good the scenery would be even higher up. 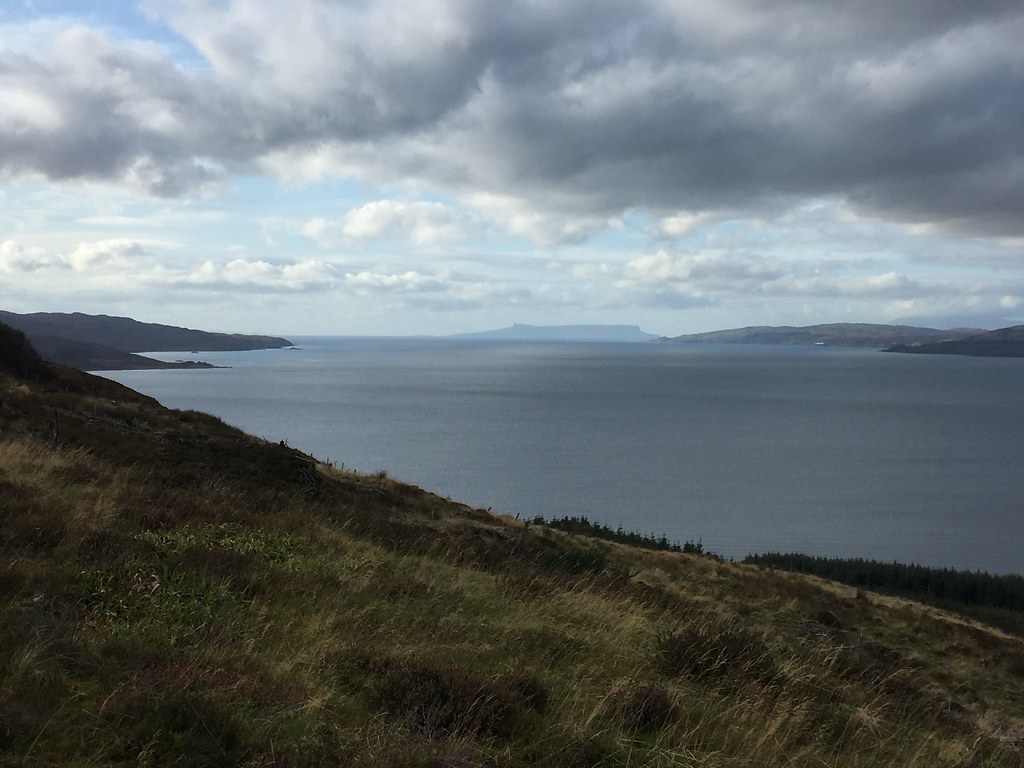 an hour or so up the track led us to the edge of the woods, and a parked pickup. Damn - we had forgotten that it was still just about shooting season! Numerous quadbike tracks headed off to the north so we decided that was probably where the shooting was taking place, rather than on our hill. 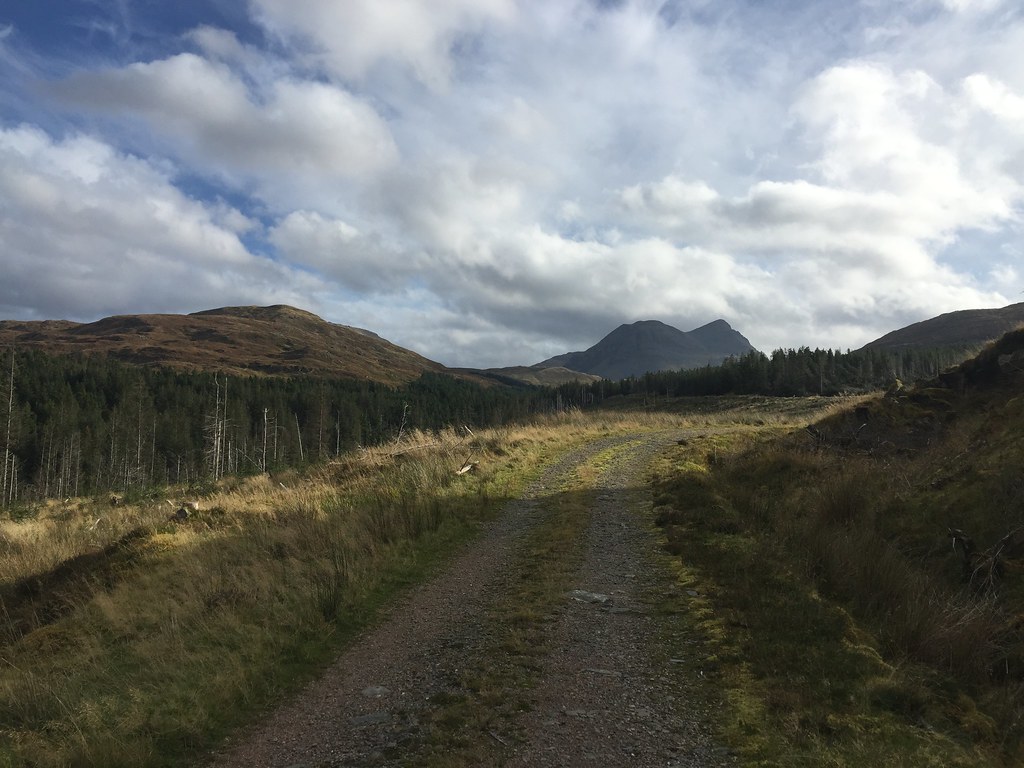 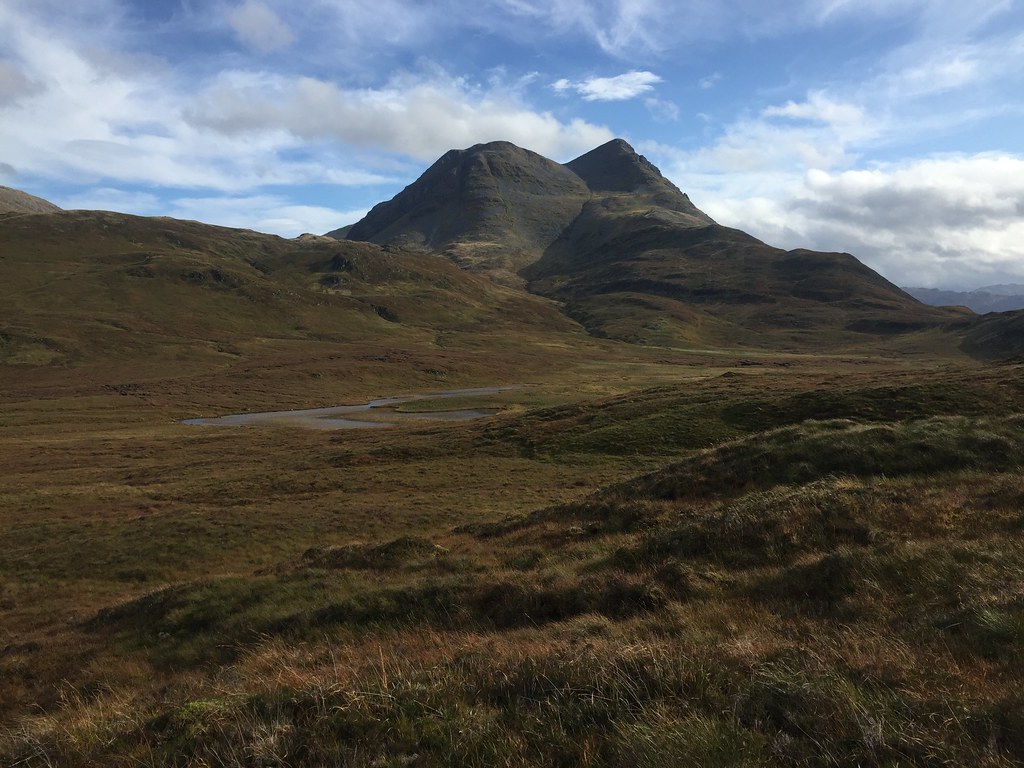 The going was pathless, but in the scheme of pathless hills, it was pretty straightforward and lacking in tussocks or deep heather. Even Ross didn't find it too difficult. 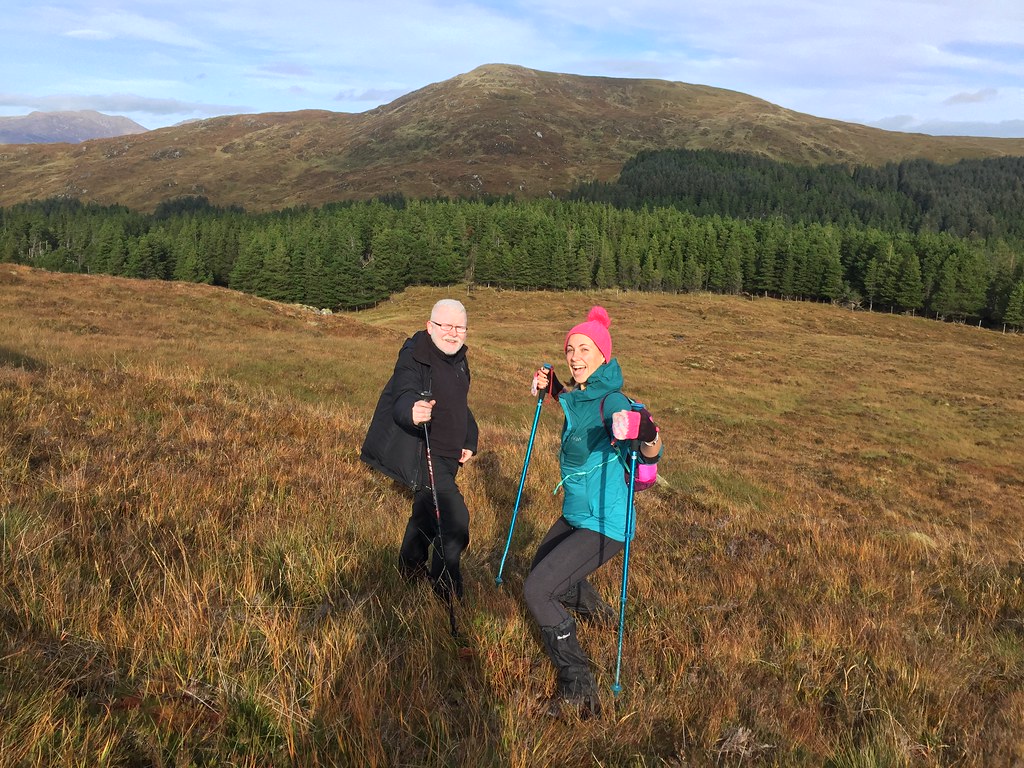 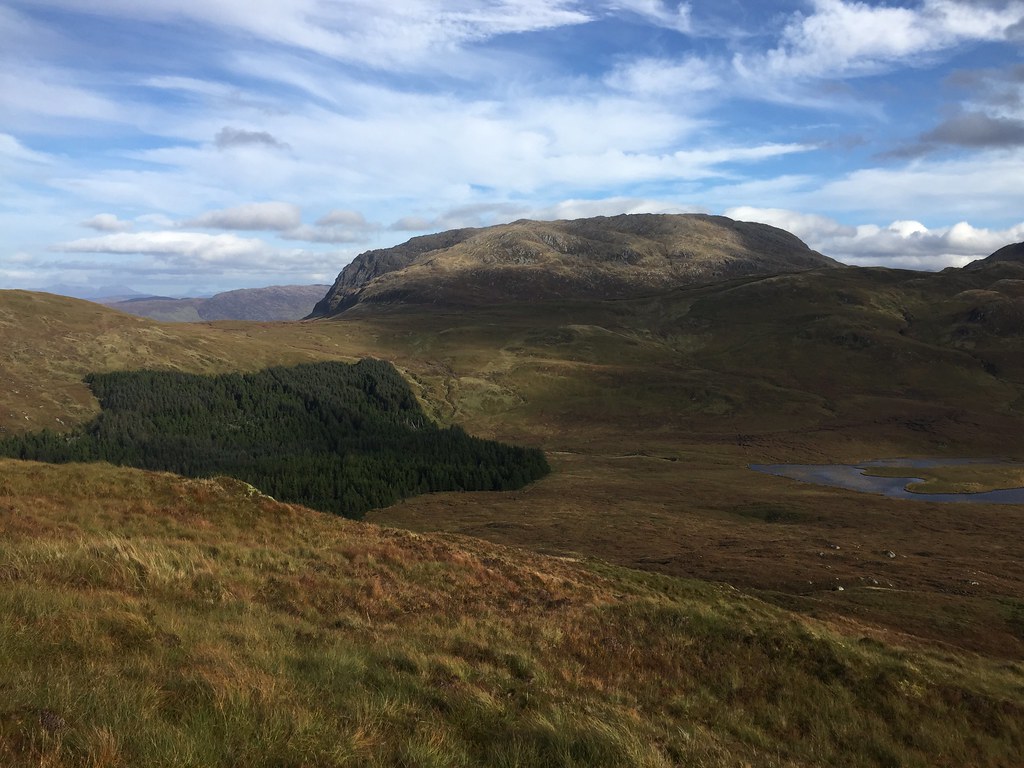 . Stunning weather too, which hadn't been anticipated. 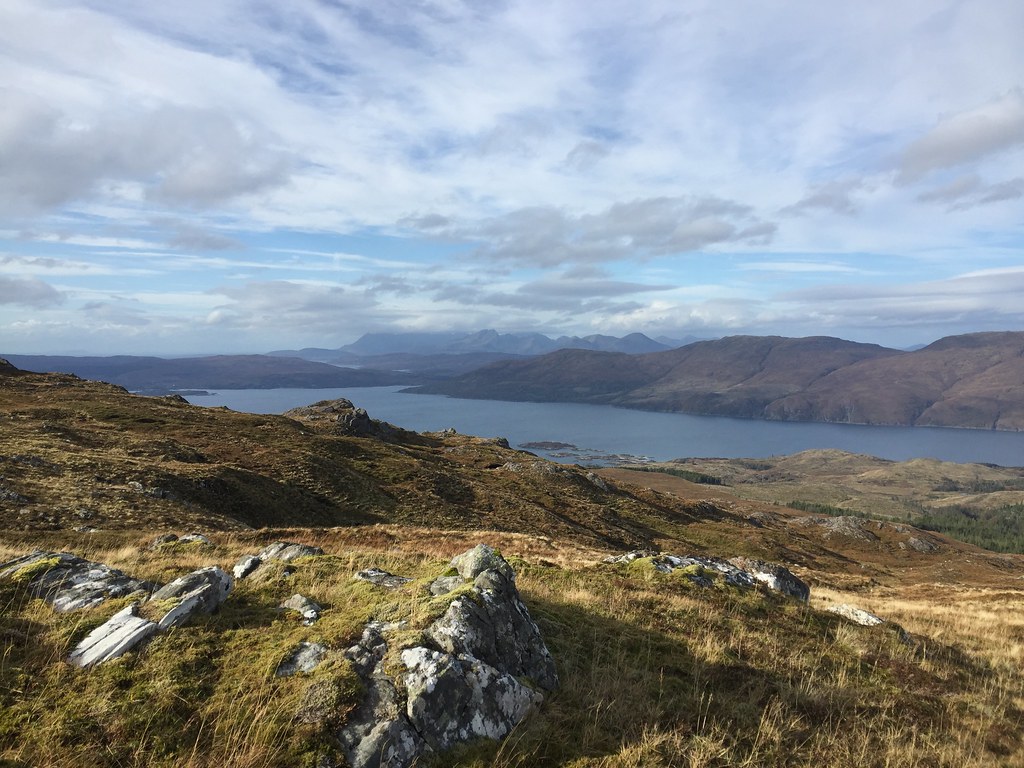 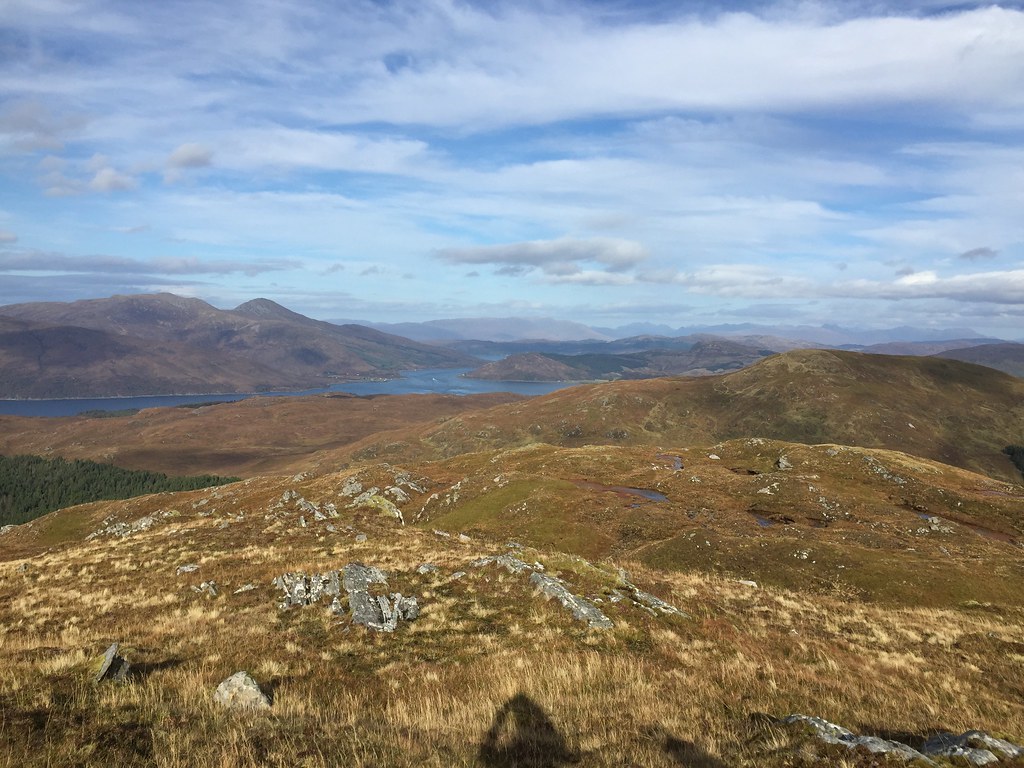 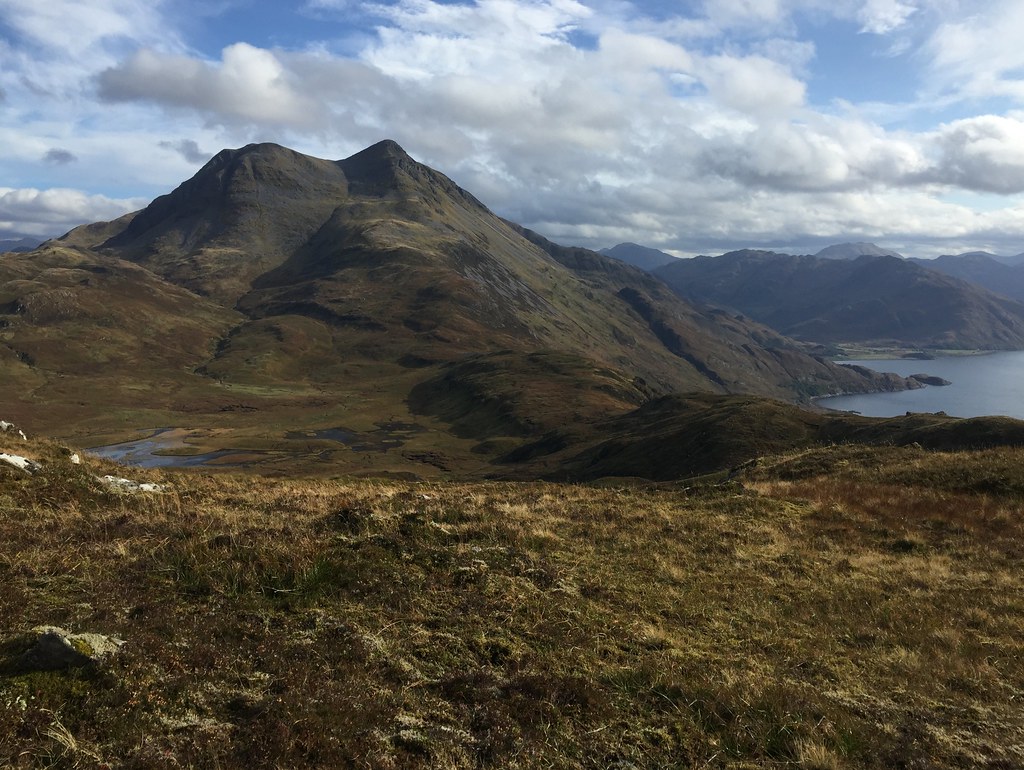 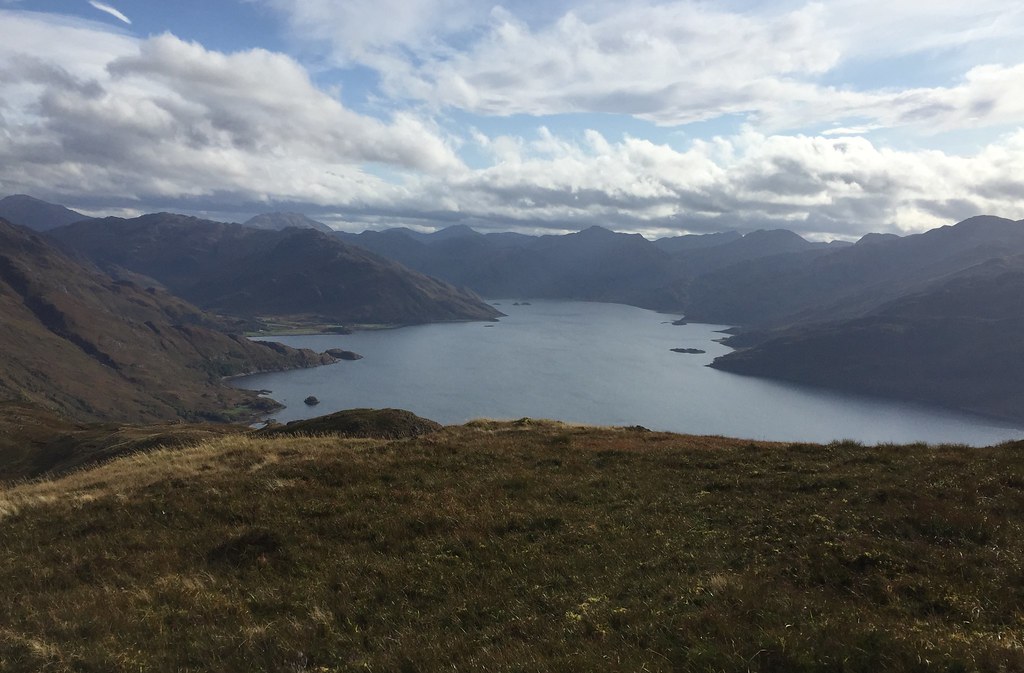 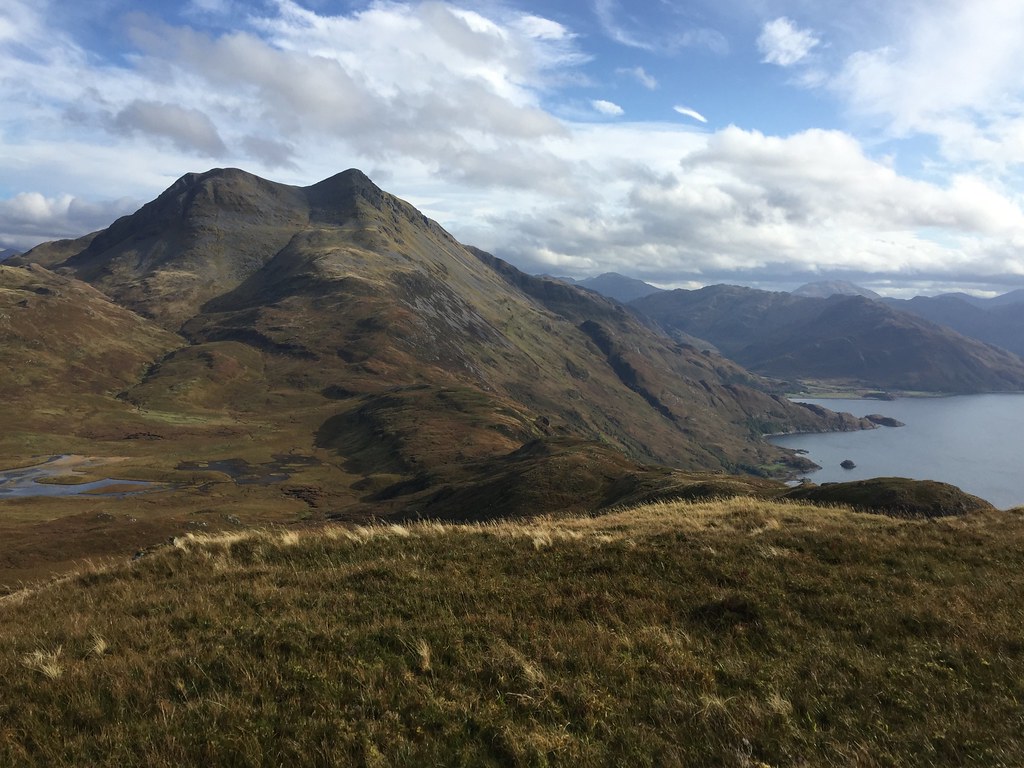 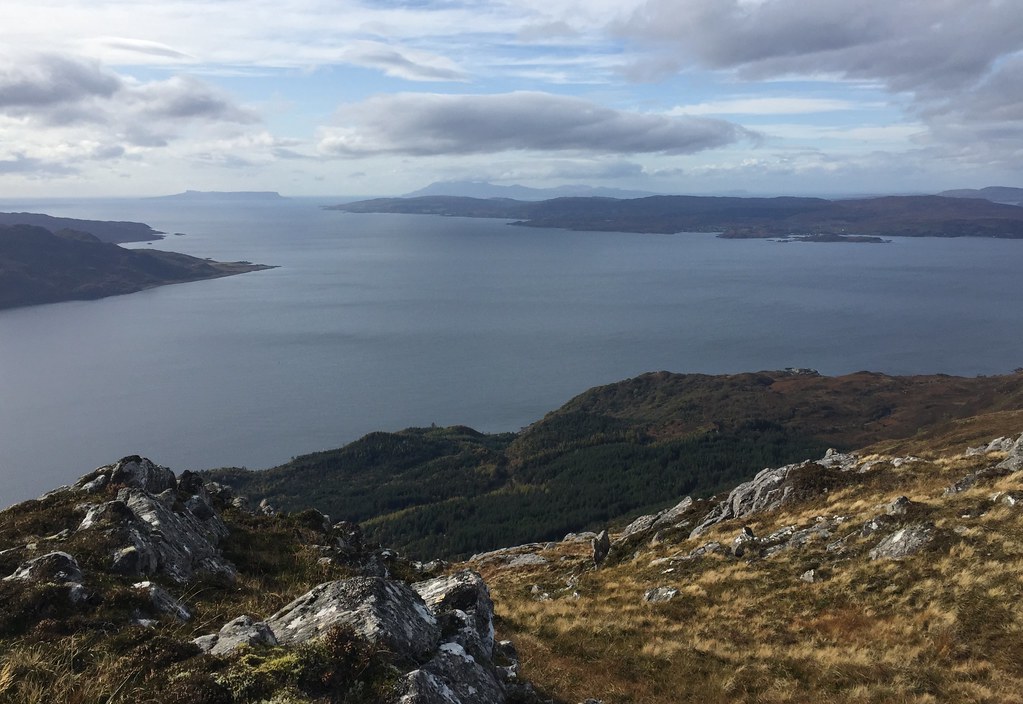 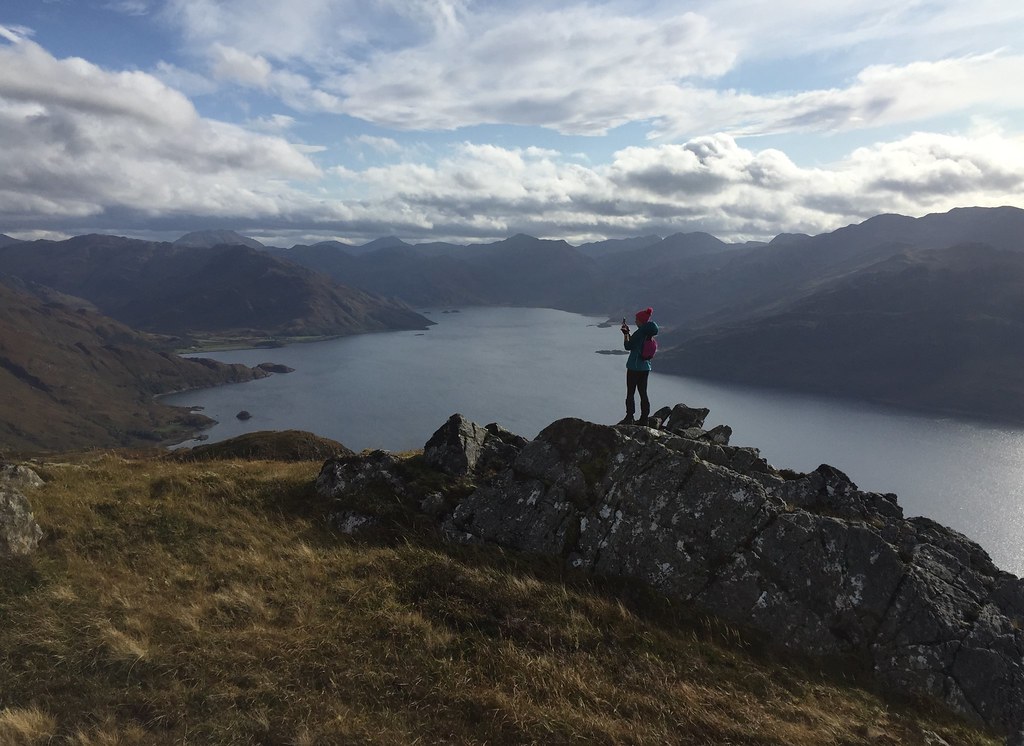 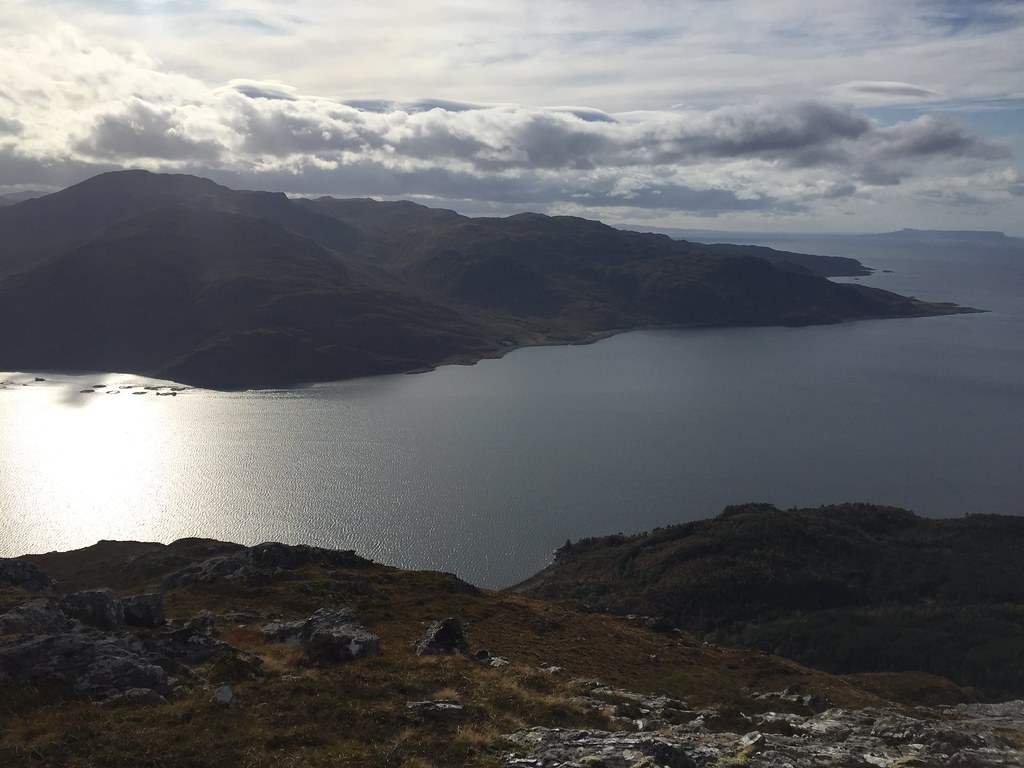 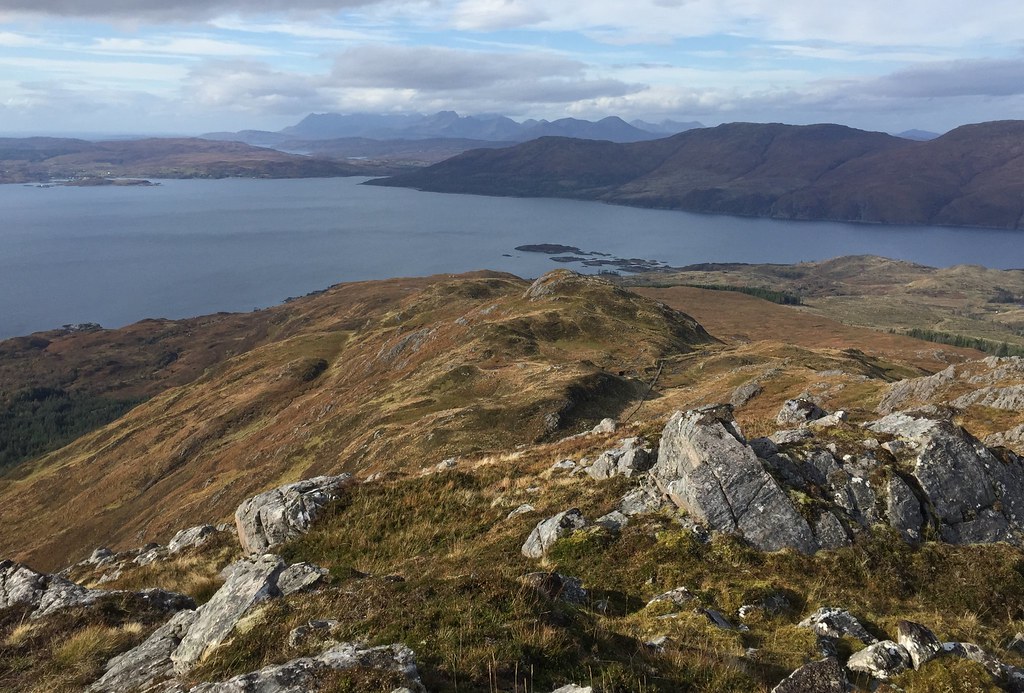 We returned the same way. Having spotted a quad bike coming down the opposite hillside to the pickup truck, we weren't entirely surprised to see a guy sitting in the cab. He was actually taking a nap, and didn't appear to stir as we passed by. 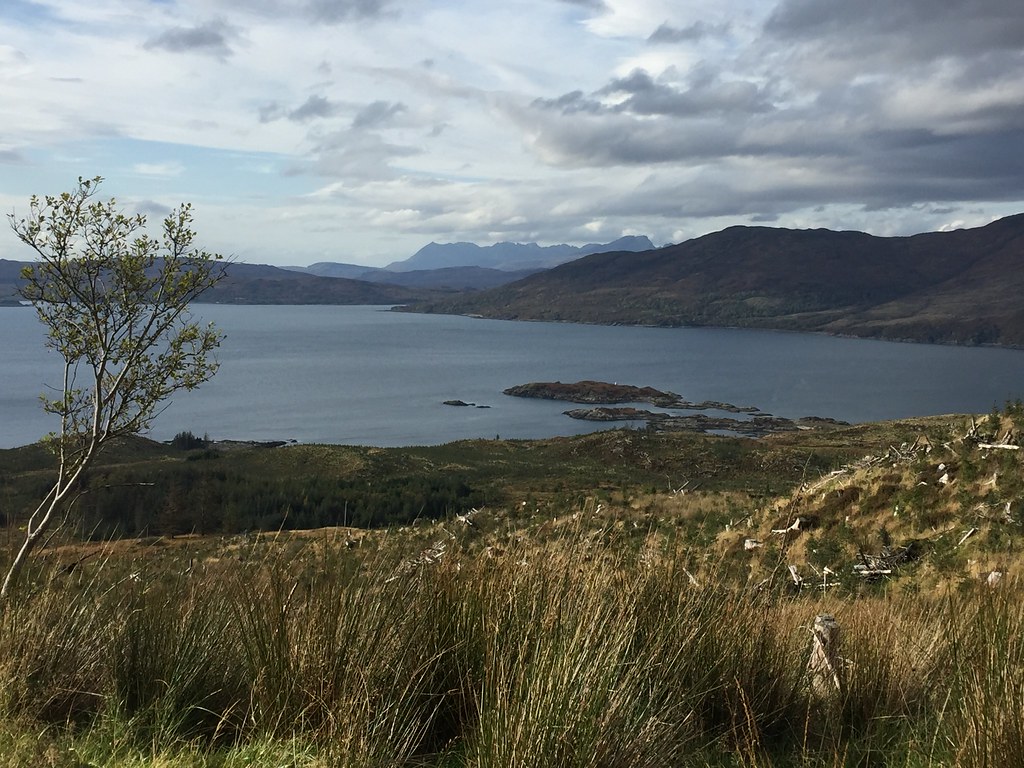 Back at the car, we headed to the Glenelg Inn for lunch, only to discover it had stopped serving 10 minutes earlier

. Still, the café in the community centre did a good lunch, so we went there before heading home.

Bothy.gpx Open full screen  NB: Walkhighlands is not responsible for the accuracy of gpx files in users posts