Above and around Loch Portree

Above and around Loch Portree

After a wet lunchtime redeemed by an outstanding (and reasonably priced) Sunday lunch at the Cuillin Hills Hotel, the worst of the weather seemed to have passed so we drove a mile down the A87 to the Aros Centre, for the start of the walk above and around Loch Portree. The network of paths here is quite well developed, but it seems underused - I don't recall seeing anyone else around despite it being August bank holiday.


Portree panorama.gpx Open full screen  NB: Walkhighlands is not responsible for the accuracy of gpx files in users posts

View from the start: The first half of the circuit is a forestry section and soon involves a steep climb through lush, mossy surroundings. Up at the top the trees thinned (some deforestation work has been going on here) giving views towards the summit of Beinn na Greine above, where we were lucky to get a probable sighting of a pair of eagles. 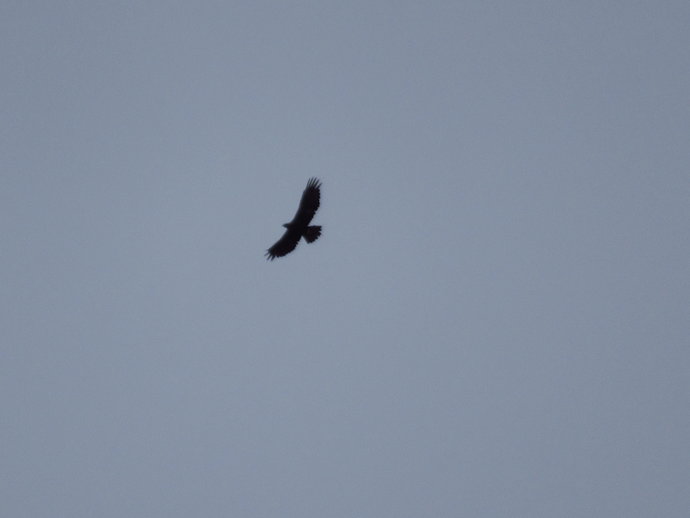 The path is verging on being overgrown on this section... 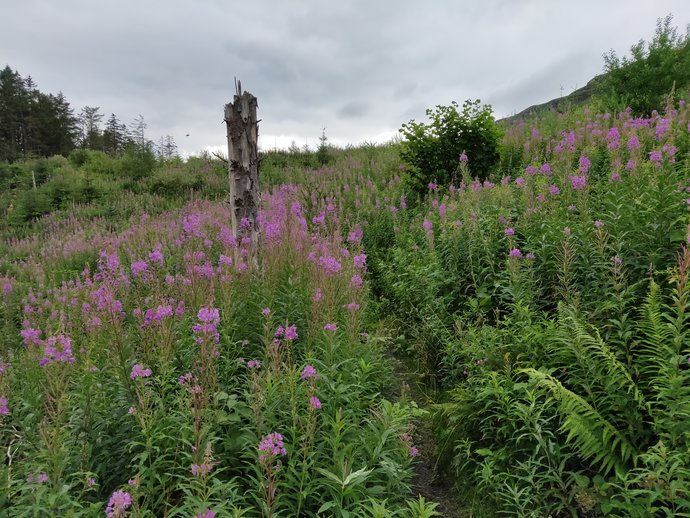 ...but it soon joins a wide track which traverses the hillside for a fair distance. 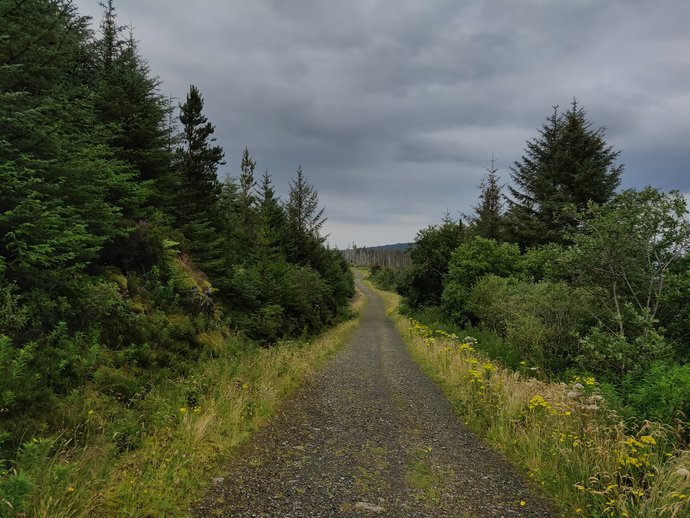 Further along there are excellent views both south up Glen Varragill and north over Loch Portree. Clouds had also lifted off The Storr beyond Portree. 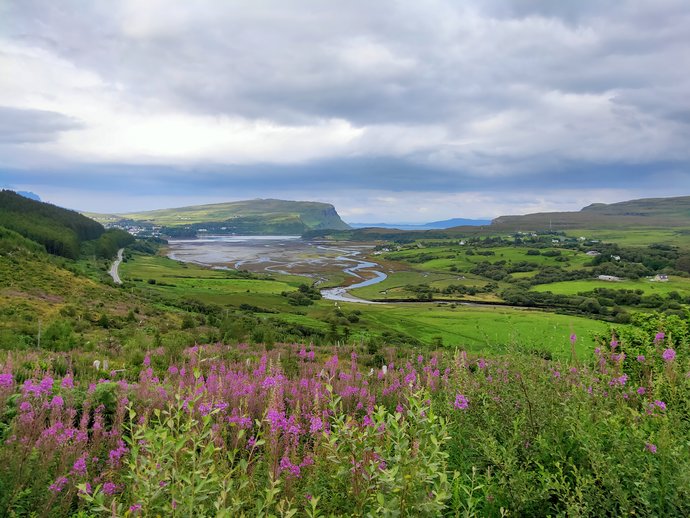 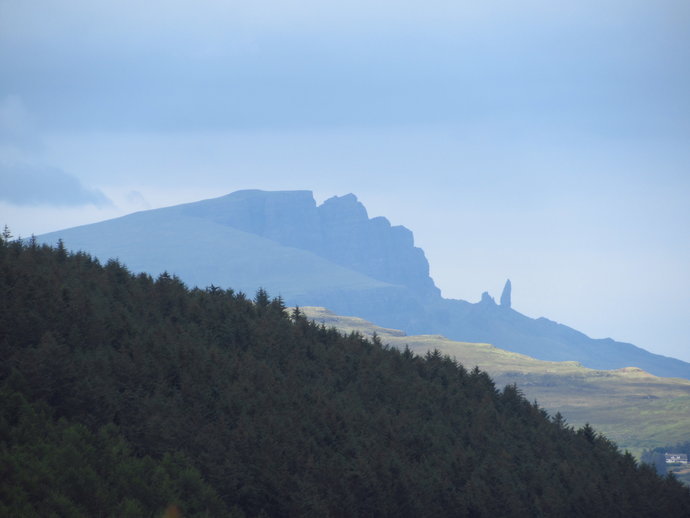 The track winds down in long zigzags to the A87, which has to be crossed. After this it's a short distance along the B883 - with sheep being herded along it - to the Varragill River. 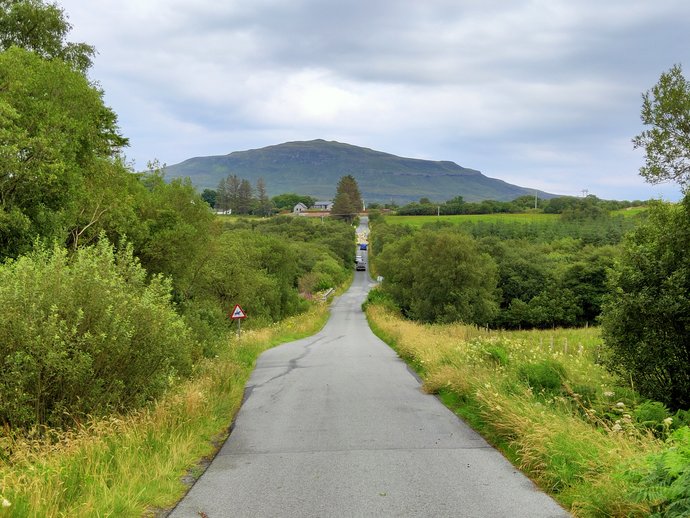 View upstream from the bridge: 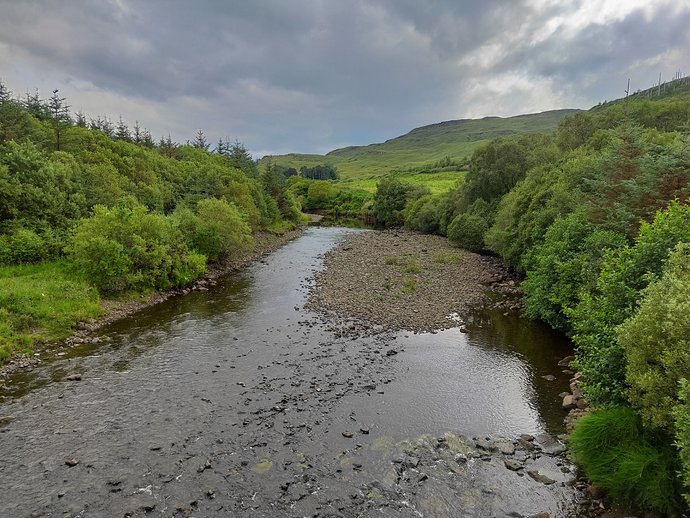 We followed the track / path downstream along the west (left) bank: 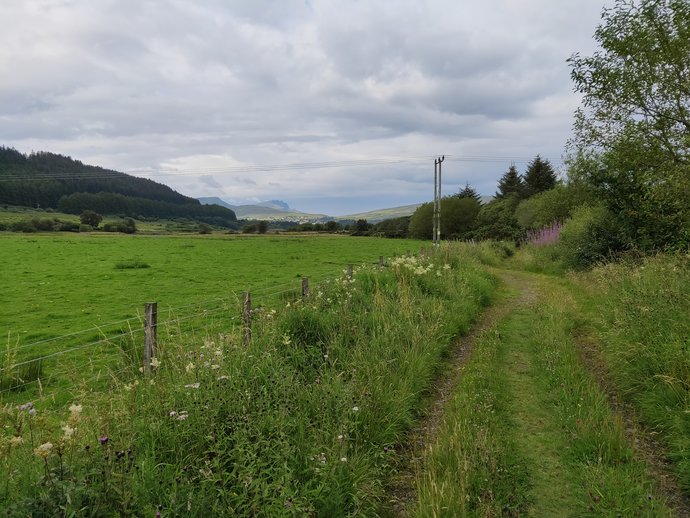 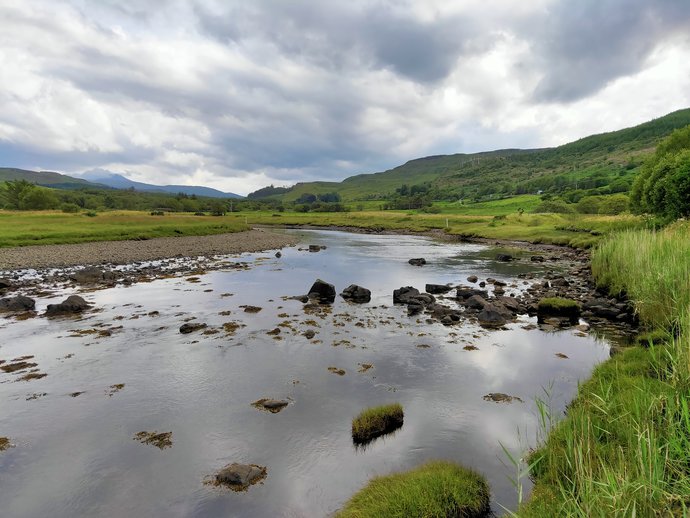 The river flows into the sea at Loch Portree, with the "path" (that's a bit too kind a word at this point) continuing along the shore, just below the high tide mark. This part of the route is probably impassable at certain times of day, and a bit swampy the rest of the time! 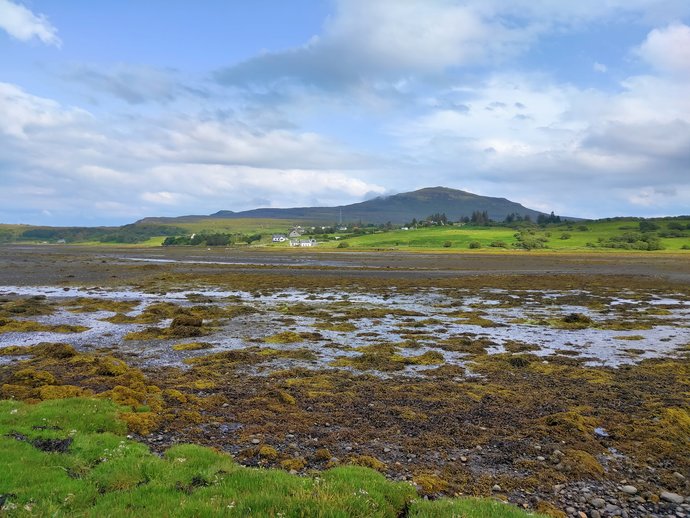 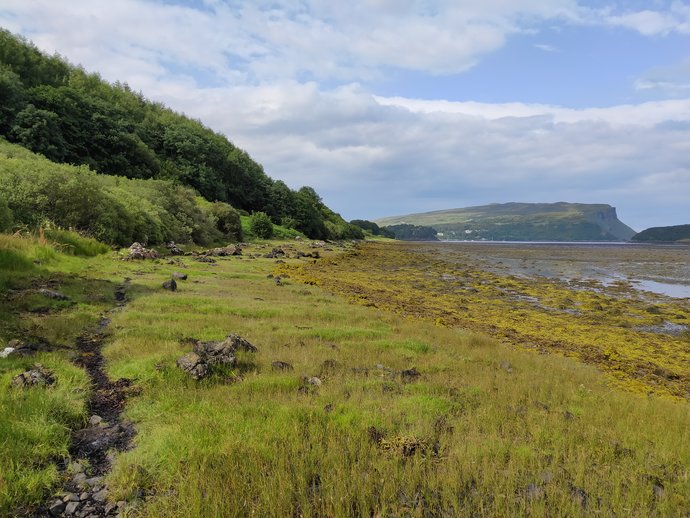 The sting in the tail is right at the end though - the last couple of hundred metres back to the Aros Centre was very overgrown indeed, with bracken to head height. 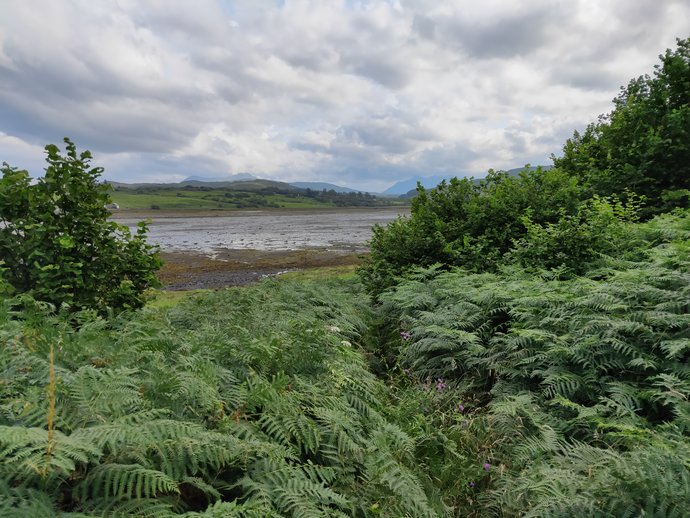 It exits onto the side of the A87 - had we been doing the walk in reverse, I don't think we'd have been very encouraged by the start: Re: Above and around Loch Portree

Lovely to see the fresh green again! Looks a good walk apart from the bracken.

Re: Above and around Loch Portree

dogplodder wrote:Lovely to see the fresh green again! Looks a good walk apart from the bracken.

It was only for a very short distance, but yes, a bit unexpected!

Users browsing this forum: Steve B, u03ih12 and 75 guests