For the last full day of our holiday around Kintail / Skye we went to an island completely new to us - Raasay. A fair weather forecast and plenty of time before the last ferry meant we were able to explore most of the island's main sights, including the volcanic high point of Dun Caan. Our route was slightly different to the WH's one:


Raasay.gpx Open full screen  NB: Walkhighlands is not responsible for the accuracy of gpx files in users posts

Arriving on the ferry: First, a quick detour to Raasay Distillery for their first tour of the day

. They're a new distillery so they haven't produced any of their own whisky yet, but still an interesting tour and there was another blend available to taste. View from the tasting room: And so a warming drink fuelled the walk along the coast to Inverarish: 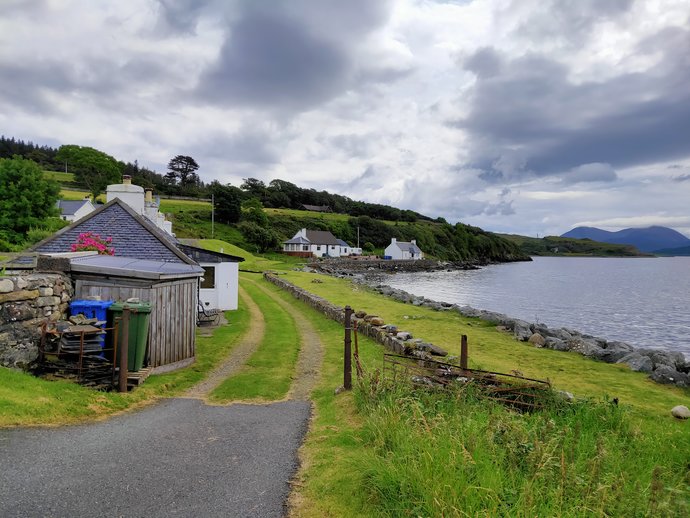 Inverarish seemed an industrious place, with lots of forestry work going on around. A narrow path roughly opposite the post office led down to the Inverarish Burn which we followed upstream for a while to avoid a section of road walking. Next up, the hilltop pile of stones marking Dun Borodale, with Raasay Free Church passed on the way. 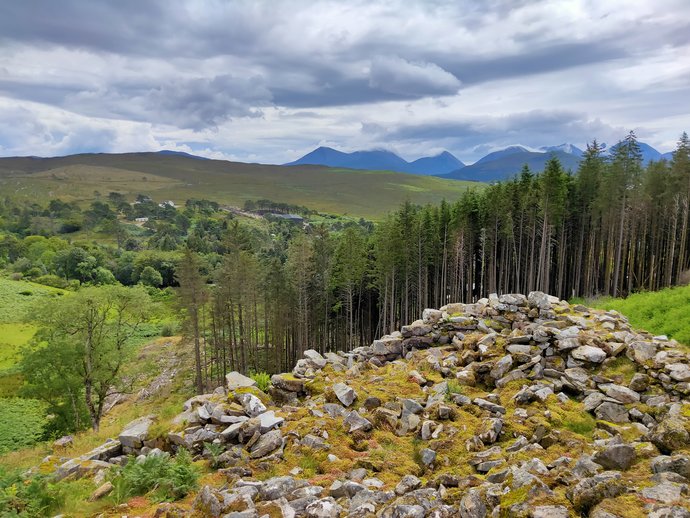 Loch a' Mhuilinn to the north: From here there's a handy link path traversing the forest to the east, which joined up with the hill path to Dun Caan. A lot of the trees around here have recently been felled. Waterfall by the path: 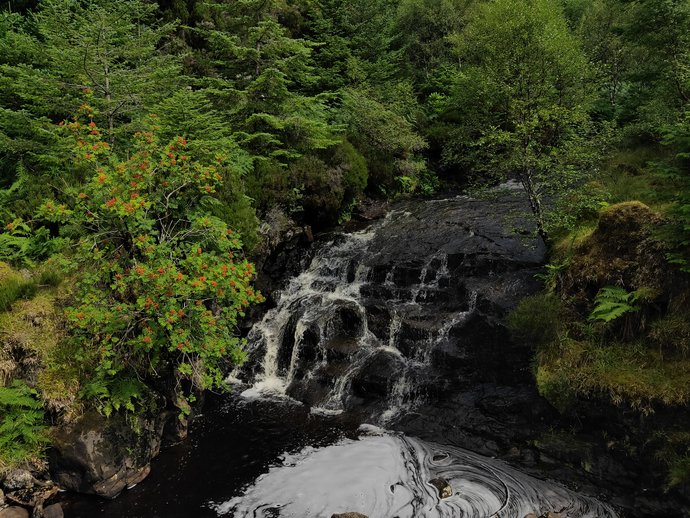 Out onto the open hillside, following the same Inverarish Burn up to its source at Loch na Mna - where there were a couple of red throated divers. A boggy bealach complete with short, rough boulderfield to navigate to reach Loch na Meilich (which drains north instead of south), where There Be Dragons From the loch a path climbs in zigzags up the concave slopes of Dun Caan, which is curiously flat on top: 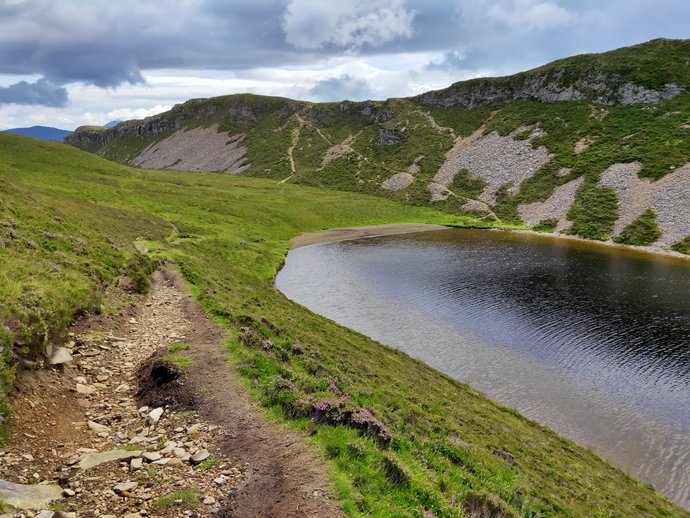 Despite cloudy skies, the summit views of Applecross, Skye and the rest of Raasay were fantastic: We didn't spend too long on the summit as time was looking a little tight to make our planned ferry. In the end, the descent route, though long, made for quick progress, on wide paths, roads and tracks. 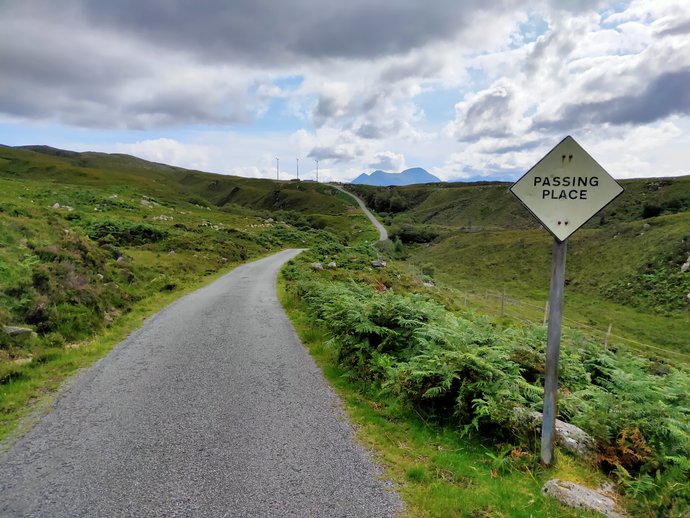 Pictish stone by the roadside: Back at the beach by the ferry terminal in good time: And thus concludes our 2019 summer holidays! It poured with rain the next day, so we beat a hasty retreat back south

Stunning photos! I must definitely get to Raasay some time....

Raasay truly is an amazing island, I cannot recommend it more highly. It has a true island feel to it. Interested parties might like to have a read of "Life at the End of the Road" https://lifeattheendoftheroad.wordpress.com/about/ which is a blog that has been running since 2007 written by someone who stays near the end of Calum's Road towards the north end of the island, hence the title. I might even add some of my own walks on Raasay to WH sometime.......

Loved this island, and must go back. Sadly our visit to Dun Caan was just before the distillery opened, but I have a bottle of their first release on pre-order

. Will no doubt be back for a distillery tour one day - we stuck our nose in the door last year but didn't hang around.

Agree with you all, it's a lovely place.

Must go back one day to explore the north end of the island.