I thought it might be a good idea to add another walk in the very lovely Manor valley that is not currently on WH. Manor is just west and south of Peebles and in my humble opinion one of the nicest places in the Scottish Borders and well worth a visit. This is not a record of one particular day’s walk as I have done this multiple times over the years and it’s not a long walk; about 3 hours all in and a very modest climb. I wouldn’t expect you serious mountain types to even consider getting out of bed for this one, nor anyone who has to drive across country but it might appeal to some of those living within striking distance of sunny Peebles who want an easier scenic walk. And maybe also those that the years are catching up with……

our_route.gpx Open full screen  NB: Walkhighlands is not responsible for the accuracy of gpx files in users posts
Start in the heart of Manor by driving up from Kirkton Manor past Glenrath and then Posso; over the cattle grid about 0.5km past Posso, over the small hump-backed bridge over the Mill Burn and park at the end of the first track on your right at NT204324 clear of the passing place. From here you will walk back down the road to Glenrath; yes I know you have just driven past the farm but this is best parking spot for the start and return of the walk. 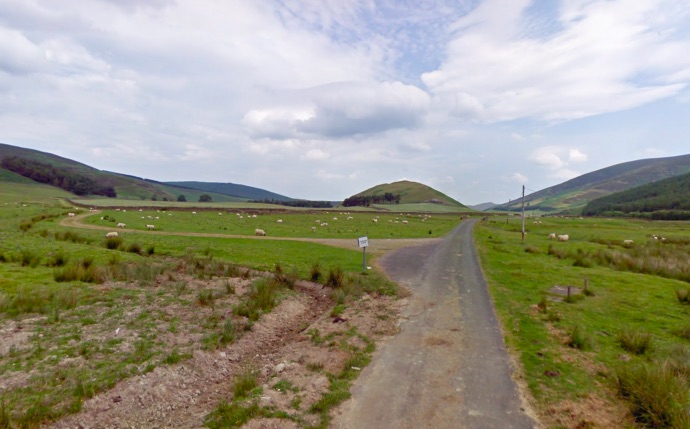 As said follow the road back north to Glenrath Farm, past the prominent hill in the middle of valley that the OS map calls MacBeth’s Castle but its proper name is Woodhill, and take the tarmac road signed to Glenrath. 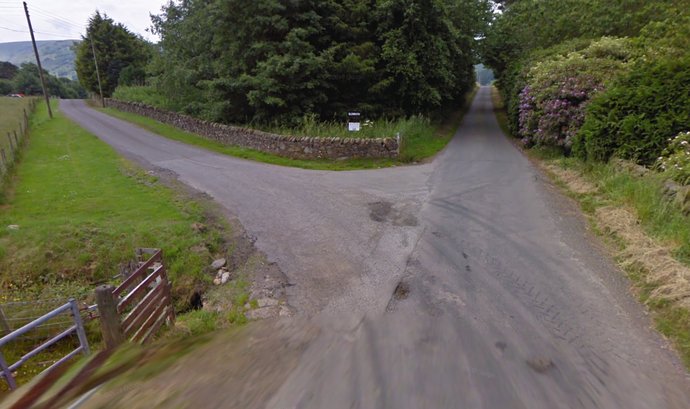 Walk past the chicken sheds and keep to the right following the road by the stream around the outside of the farm as it turns 90 degrees left and then right by the cattle byre and you will see the track leading to the house at Glenrathope heading off in front of you. Continue up the track for about 1.5km to about 219326 and there’s an indistinct track leading off to the right towards the Glenrath Burn, which you will cross shortly but first a word about Glenrath. Archaeology abounds in this area and along the flat-ish ground to the left of the main track there are extensive remains of old settlements and associated field-systems of Romano British or sub Roman origin. Although a few other systems of this kind have been recorded in Scotland this is by far the most extensive but its not so easy to see from ground level, check out https://canmore.org.uk/site/51363/glenrath-hope

The view up the glen gets better and better as you walk up the track with the house at Glenrathope partly hidden in the trees at the top of the valley and the high hills of Glenrath Heights beyond. 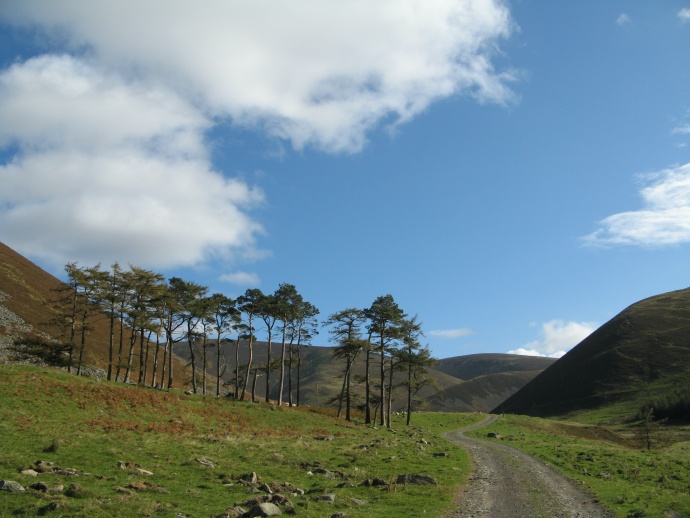 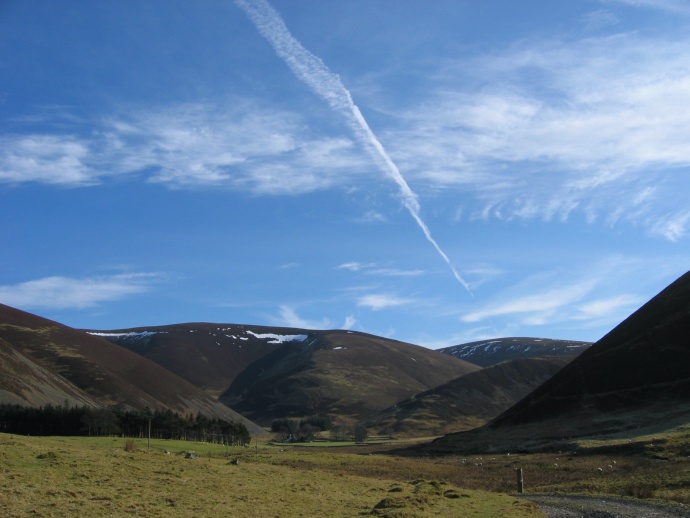 Turn right onto the indistinct track mentioned above and unless you are young and fit and can find somewhere to jump what is a fairly wide burn, you will have to ford the stream which, if there’s not been much rain, is usually ok. After rain its not so easy! At this point its worth looking to your right between the corner the wood and the burn on the south bank and you will see a rectangle indicating outline of the former Glenrath tower house. Time for more archaeology - the Manor valley had the largest density of tower houses, or peel towers, in the Scottish Borders. From the north end it goes; Barns, Caverhill, Woodhouse, Castlehill, Glenrath, Posso, Langhaugh, Kirkhope and Manorhead and apart from Barns, which is intact and available for rent (http://www.barnstower.co.uk/), the only significant remains these days are at Castlehill and Posso.

Follow the obvious track on the south side of Glenrath Burn into the forestry plantation, which was planted way back in (I think) the 1970’s or 80’s but it never really took hold so its a bit scattered and open, which helps with the views. The track rises up the slope with fine views back across and up Glenrath. Glenrathope from the forest track Glenrathope from the forest track

At the first hairpin bend, left, its worth stepping out through the thin line of trees to take in the view down the Manor valley. Continue on upwards to the high point of the walk and from here head out onto Horse Hope Craig. The OS map shows trees going out to the west point of the hill but in the real world there are no trees beyond the first two or three rows by the track. Fine views up and down Manor and over to Dollar Law are to be had from Horse Hope Craig. 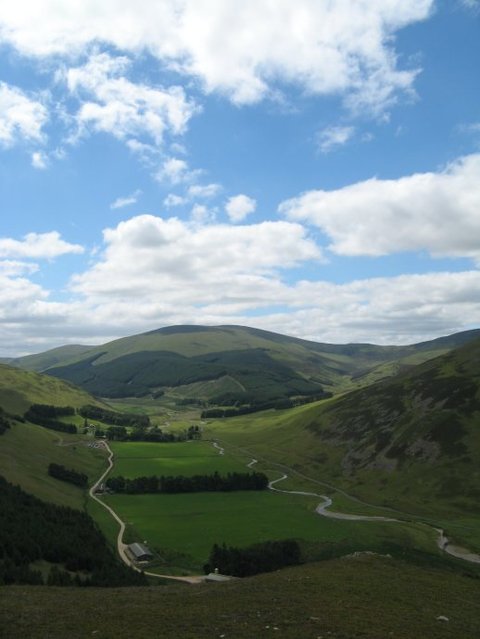 Back to the track and onwards and downwards to Langhaugh. At the bottom of the track there are more chicken sheds. The one you pass by is for free range birds and you will find chickens all over the place. On the track; up the hill; down by the burn; in the woods and in the neighbouring field with the sheep. 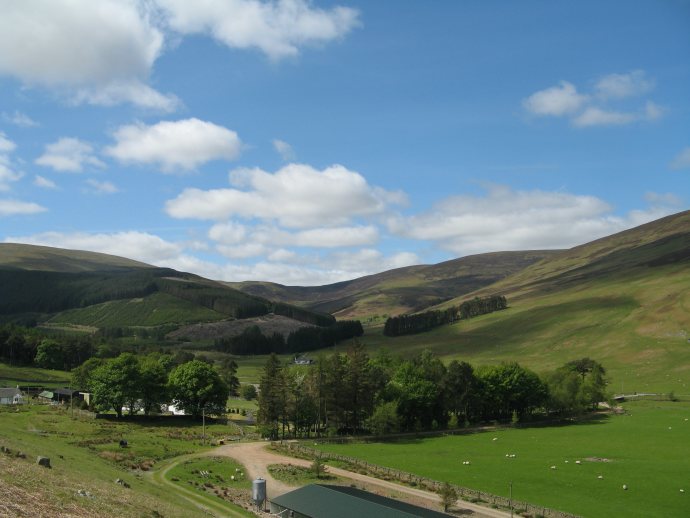 Walk out onto the public road; turn right and stroll about 1.5km back down the road back to your car.