Three days after leaving Orkney, I finally made it to Skye. Waking up with a sore knee after hammering down the track on Little Wyvis the day before, I took it easy with a couple of low level strolls, some sightseeing and the mother of all ice creams in Kyle of Lochalsh, before finally making it to Glenbrittle at around 5pm on the Saturday.

My stepson Pat had been working at the hostel during the summer and had mentioned doing "a couple of Munros" before we headed back north. Having gauged my fitness and knowing the difficulty of the Cuillin hills I wasn't too sorry to wake up to low cloud and occasional drizzle on Sunday morning. 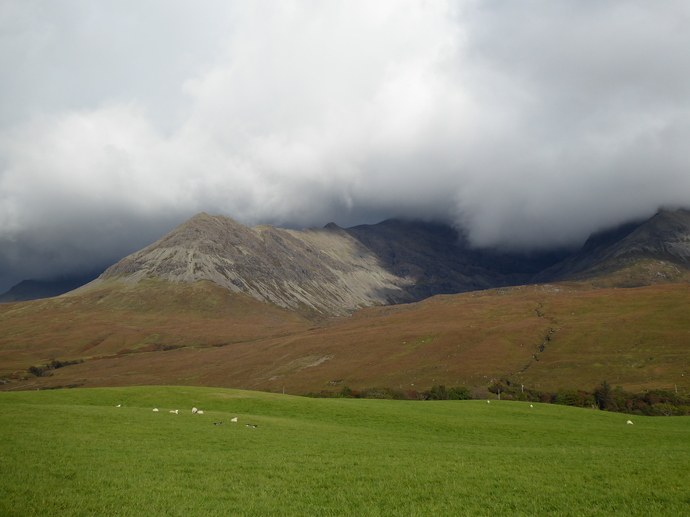 Clag on the Cuillin

The idea of any Munro heroics having been consigned to the "some other time" file, we checked weather forecasts and headed north where the best conditions were to be found. We dawdled up, stopping for sights along the way, and formed a vague notion to head for The Storr. Not surprisingly for the last Sunday in September the car parks and sides of the road were overflowing so that idea was binned and we pushed on to the Quiraing.

It was relatively quiet here, or at least we had no bother parking up. We roughly followed the WH route in reverse, heading straight up from the road and, given the worn, muddy condition of the path, I was glad to be heading up not down. 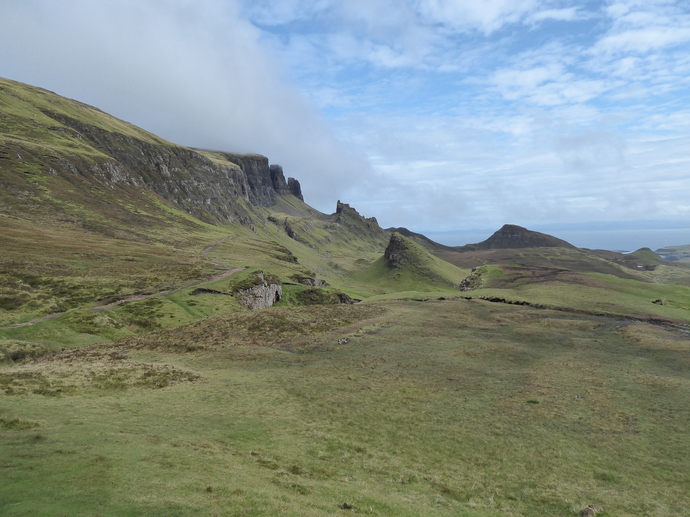 Looking at the return path from the car park 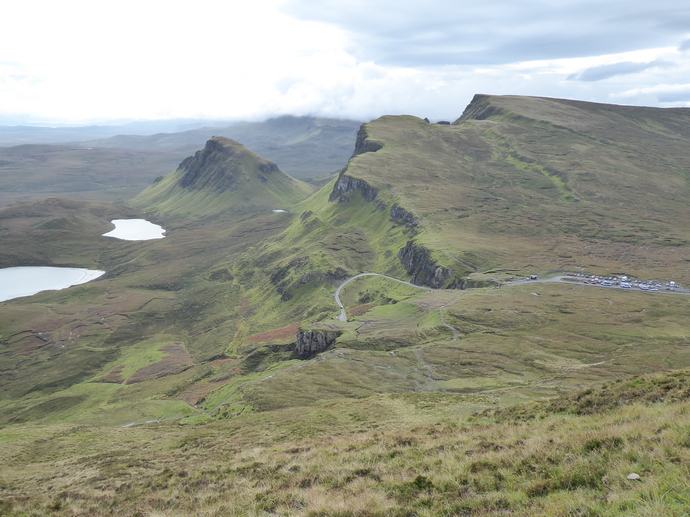 Cracking views right from the start of this great walk 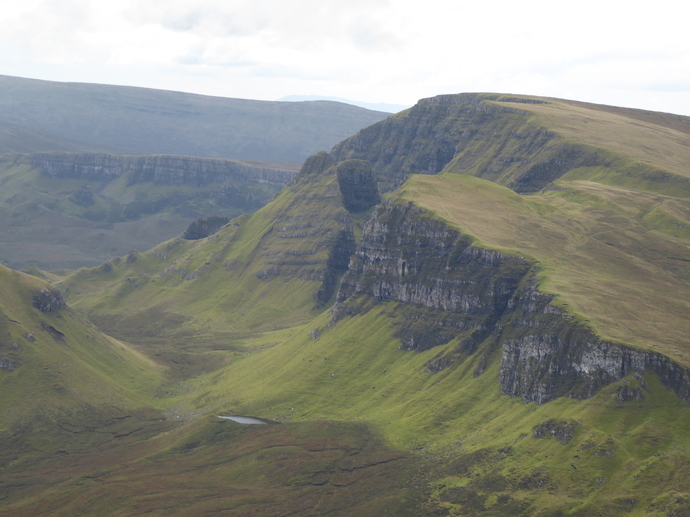 Looking back to Bioda Buidhe

We took a detour to the summit of Meall na Suiramach, taking a tea break there, before heading back to the edge and more of those astonishing views, the lumps, bumps and jaggedy bits somehow bringing Tolkein to mind. 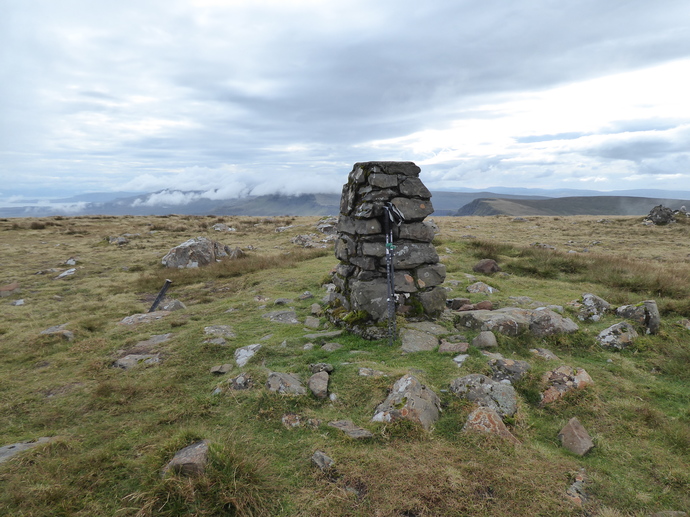 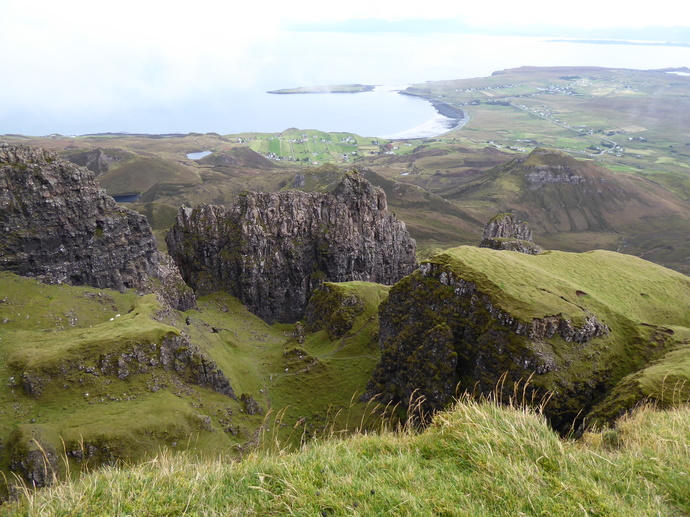 The remarkable landscape of the Quiraing 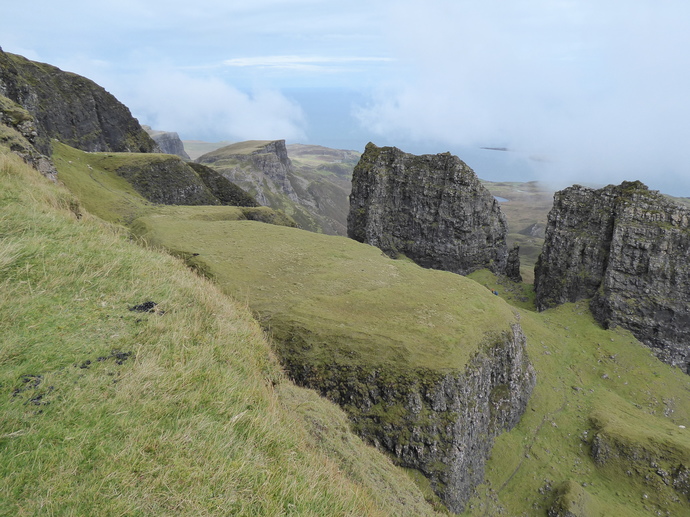 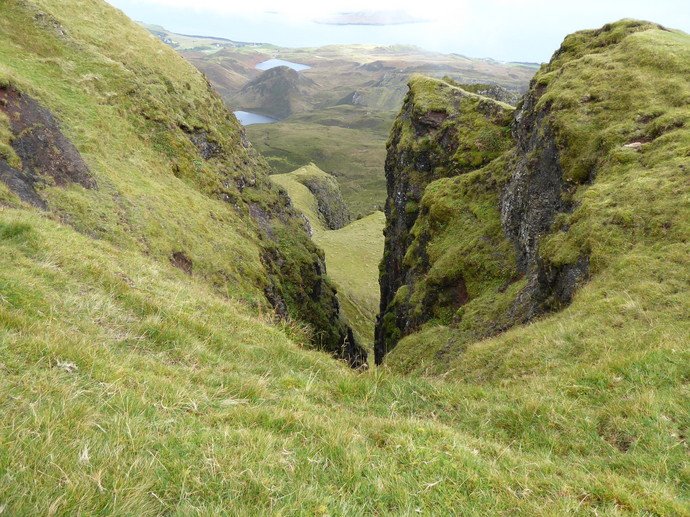 We hoped to divert to Sgurr Mor to take in the views out to the Western Isles, but the cloud that had been threatening all afternoon started to drop and we cut back across to the path - a stile followed by a very slippy, very worn, short section that we eventually climbed out of and went along the side.

Then it was a case of following the mostly excellent path back through the Quiraing, past the Needle and the Prison before eventually returning to the car park. 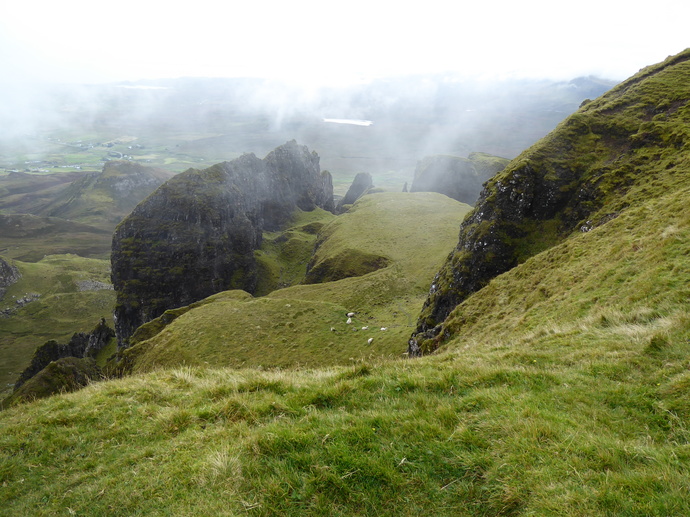 Cloud starts to move in 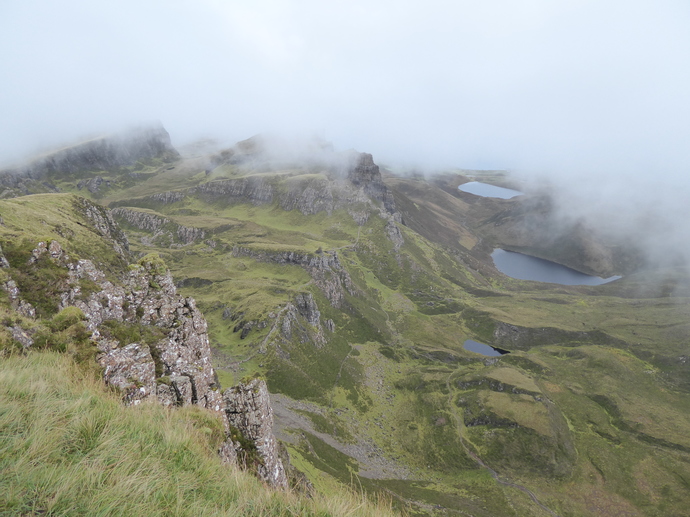 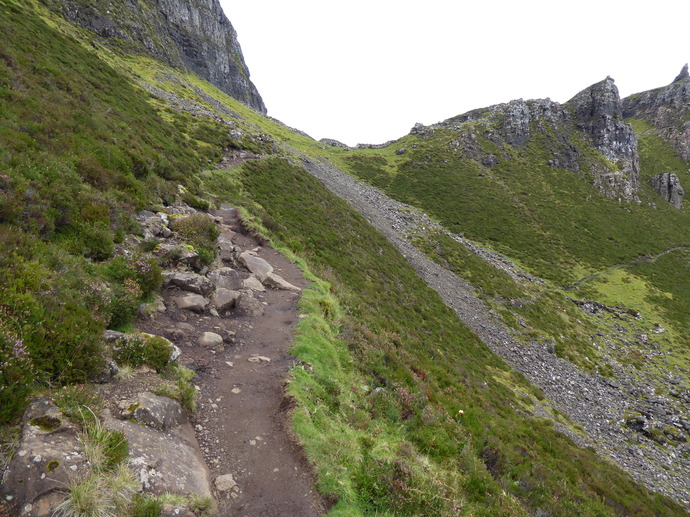 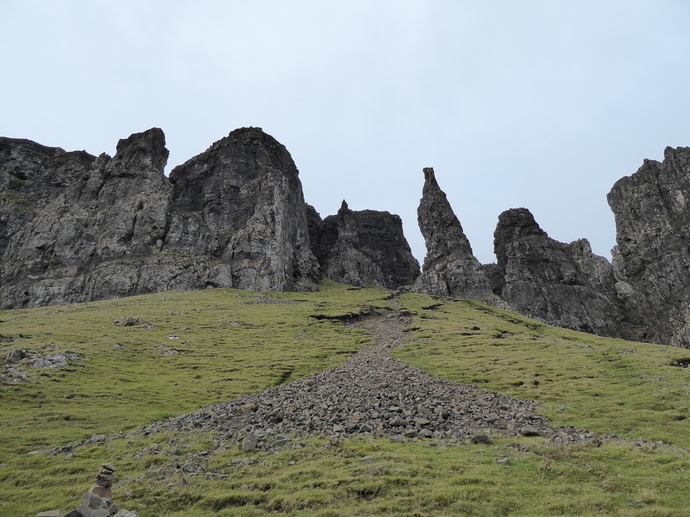