Having just walked my first 2 Munros the day before, l had planned to do the Lawers today. I had several plans ranging from 3 to all 7 east of the Lochan na Lairige. I had a restful night's sleep and now sitting at breakfast in the Courie Inn Killin (not a plug On first planning my routes, l had never really considered "not going". I had planned clothes for all weather but here l was in July with almost no visibility and smir on top of it. I had agreed with myself that l didn't want to be a "bagger". The views, the exercise and the experience were the priorities and with zero views l thought this wasn't for me.

After my first day's walking experience (getting disoriented in the clag) taking on the Lawers 7 seemed optimistic in any case (not to mention downright dangerous with my lack of practical navigation skills). What about a nice quiet day in the village? How about traveling to some villages l had never been to and get a nice bar lunch?

The owner of the establishment showed up at my table at this point with my cooked breakfast. Side-note. I live in Finland and miss a Scottish cooked breakfast from time to time. What better way to start a hillwalking day

. I got chatting to him about my dilemma as l didn't want to waste what was only my second day. He suggested to do the easy pair of Lawers and Ghlas. The start was so high and the path was so clear that it would be an easy walk and if things got bad, just turn around. He estimated that l could be up and down in 3 hours. I had checked the stats on the route and 3 hours seemed a bit optimistic for me but this have me an option that, at least, seemed safe and reasonable. Now for the decision.......

Should l stay or should I go now?

Hell, it's what l came for.

Without further ado l grabbed my daypack and headed for the car. By 08:45 l was the only person at the Lawers car park. Visibility was not that great but the rain had stopped. Remembering yesterday's navigation issues in the clag, it may be safer if there were other people on the same path. This started a trend that was to last for my next dozen Munros or so. I became a bit of a stalker. I waited til the next car arrived and left on the track around the same time as others. I still feel bad about the habit til this day. However, from s selfish point of view, it gave me the comfort to proceed. Often l would get talking to them and asked if l could tag a long. I was not sure of the etiquette but assured myself that if l asked, it would be ok.

On this occasion, it was 2 young ladies from the Glasgow area. They seemed very nice and did not mind me joining their day. They already had mixed walking speeds and hill fitness, so we found ourselves sharing the route.

The path was as clear as the landlord had told me. The walk through the nature reserve was both interesting and a leisurely gradient. 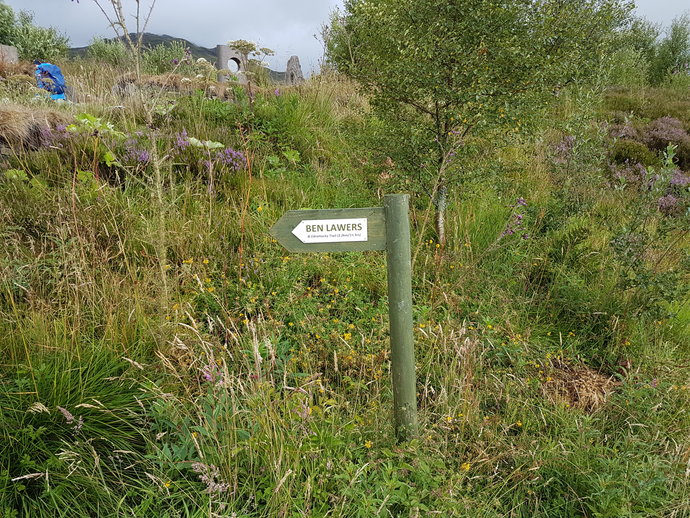 Soon we were on the hillside heading up Beinn Ghlas. Around the junction with the return path, a single male walker passed us at a speed l was not familiar with. It was almost like fjell running. Maybe l would get that fast as l progress in my Munro life 😄. We proceeded upwards, taking short breathers every now and then and turning around to check if there were any panoramic views to be had. Nothing 😒.

Very soon the summit arrived. Without visibility over loch Tay or Lawers itself the summit lacked any perspective. We took a couple of cairn pictures and started on the track toward Ben Lawers. It seemed none of us were highly skilled map readers but had all the right equipment. This resulted in a recurring conversation for the next 20 minutes or so. We knew Lawers wasn't far but "how far" does that mean. Map distance was one thing but pacing was new to me and it has never even occurred to me to use it on a well defined ridge path. Surely we should be there now? Did we miss it? Let's go a little further.

At this point a family caught us up and assured us that the Lawers summit was still a little way ahead and we would know the final ascent when we arrive as it would be steeper than anything so far today. We continued, following the family for a while and passing the return route path (which confirmed our bearings once again).

Now we began the final stretch to the summit. In the clag, it seemed to go on for longer than expected. Learning contour lines and map distance and translating it to ground walking was roughly learning point #89 on only my 2nd Munro day. There is a reason they were 2 Munros. I learned that there must be some reasonable separation and re-ascent between every pair of Munros. Nothing is for free and probably there are not too many easier pairs than my #3 and #4 Munros. We took short breaks to allow one of the ladies to catch her breath on the steep parts and in 10 minutes from the bealach we were on the summit with the large cairn and views as far as the end of my arm 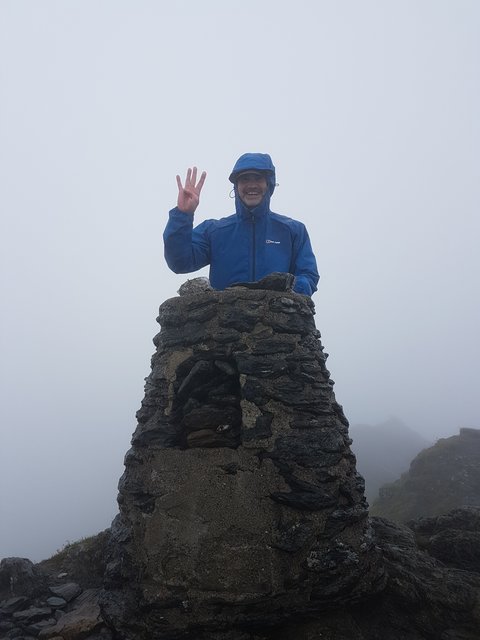 After a few obligatory summit shots and a quick snack, we soon headed down at a steady pace. Transversing the hillside was a pleasant stroll and the cloud began to lift. As we cornered around Beinn Ghlas, loch Tay came into view and this made the day seem worthwhile on it's own. 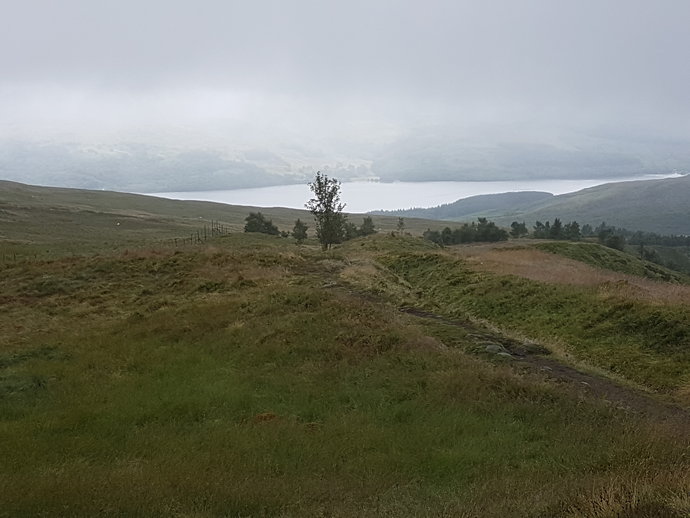 Maybe no summit views but the walk, the company and the exercise still made this a wonderful experience. Maybe bagging in the clag was not so bad after all. 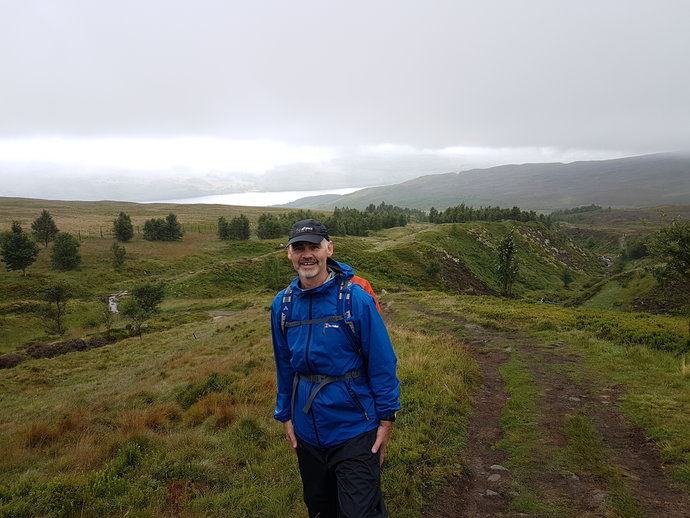 The landlord was a little bit optimistic with the time but all in all he was right. Quite a safe and easy navigation route for a summer clag walk.

I should GO and glad l did 😀 A fantastic day out!


Lawers Actual.gpx Open full screen  NB: Walkhighlands is not responsible for the accuracy of gpx files in users posts

Re: Should l Stay or Should I Go Now

That reminds me of my first walk in the Lawers. When I started walking solo I opted for these two as well because I thought chances would be good not to be on my own and so it was, it actually was very busy because it was the Quadrathlon competiton day.

At the start the weather was a bit similar but at the first summit the sun finally had beaten the clag. So I was a bit luckier than you.
But as you said: on days like this the exercise and the experiences are always worth the effort.
I wish you good luck weatherlike and good company for your next walks!
Thanks for sharing.
Cheers.