With my birthday, the big 2-6… falling on a Saturday it seemed only right to celebrate how I wanted to, rather than what society deems normal; saying that there was cake, lots of beer, unnecessary tequila shots, some delicious single malts, but most importantly, a Birthday Ben.

I proposed a weekend away in Inverness with a remarkable 12 others attending, 8 planning on joining the day walk up Ben Wyvis.

I had always planned to do Ben Wyvis “differently” and I assumed this would be some trek in from the arse end of nowhere, but going on a day walk in a group of 9 strong was actually far more different than anything else I could have planned.

In typically fashion the weather early on was pants but an early start meant we could be back in the pub enjoying some beers by the time the cloud began lifting off the summit – priorities.

Of the 8 enduring each other’s company for the day, 4 had previously joined me somewhere along my previous 172 Munros. For Danny, the token Shetlander (everyone needs one, right?), this would be his first Munro whereas Chris, the Inverness-shire lad would our local tour guide and would be able to provide descriptions of the views we would be missing out on. 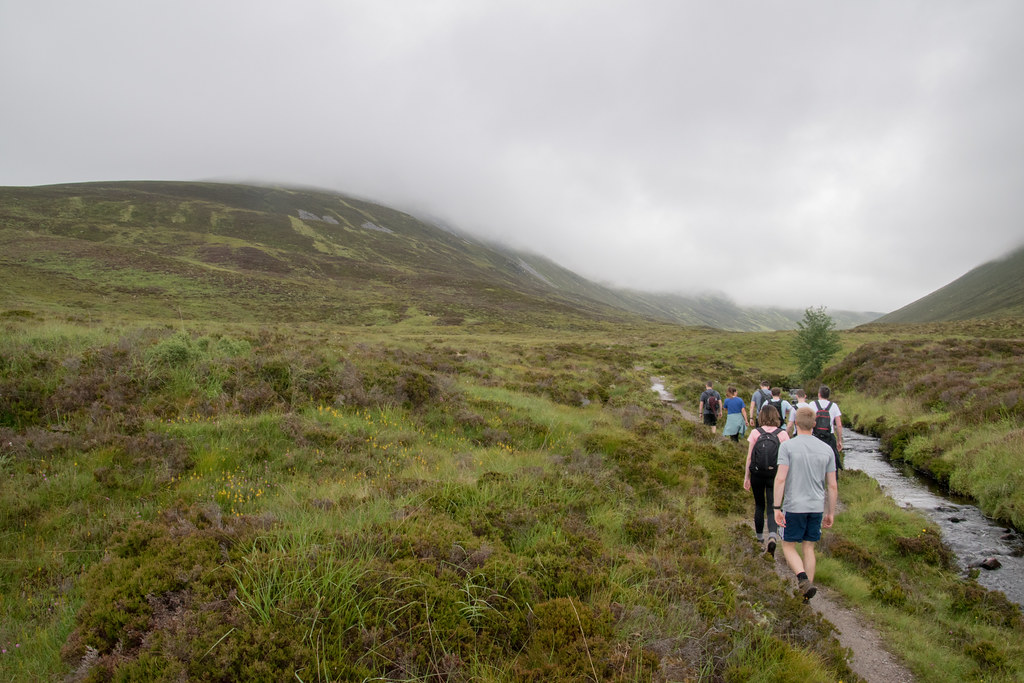 Just before entering the clouds 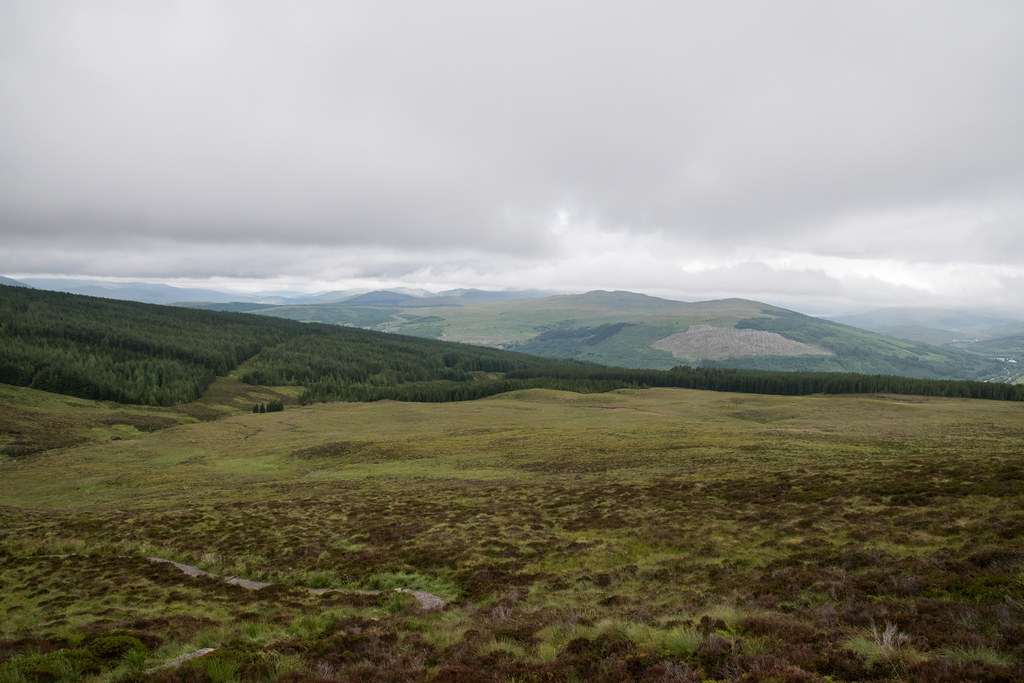 The actual walk was relatively easy going on a well-defined path, and naturally in a group this size we spread out pretty quickly once we began the ascent. I spent most of the ascent moving between different sub-groups checking moral was all good, not that it really mattered – it was my birthday, and I was having fun!

We took shelter halfway up behind a large boulder and replenished our energy reserves with some food. That’s an understated downside of a large group – the potential pool of people to get food envy from is far larger than normal. 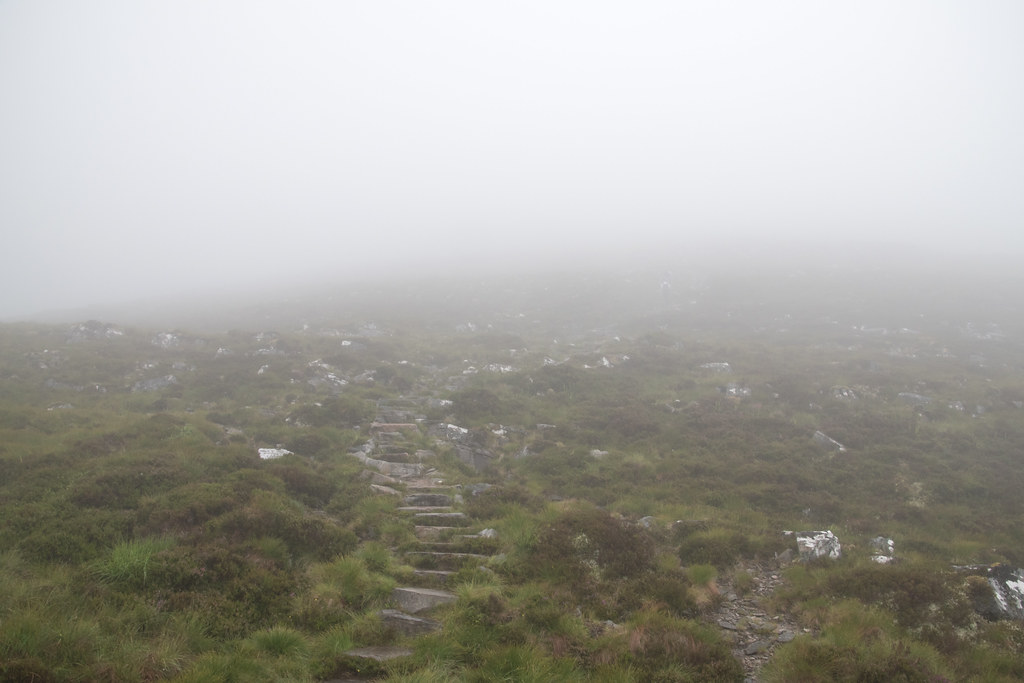 By 12:15 we all made it to the summit cairn. Everyone was still alive and in good spirits, or at least pretended to be, which was very courteous. We stopped for about 15 minutes, which was more than long enough to ridicule Andrew’s gigantic bag of raisins and talk about the pros and (limited) cons of having a banana protector – you would be surprised how often this topic of conversation rears its head when I am out in the hills.

A Birthday Ben, and a first for the new boots. 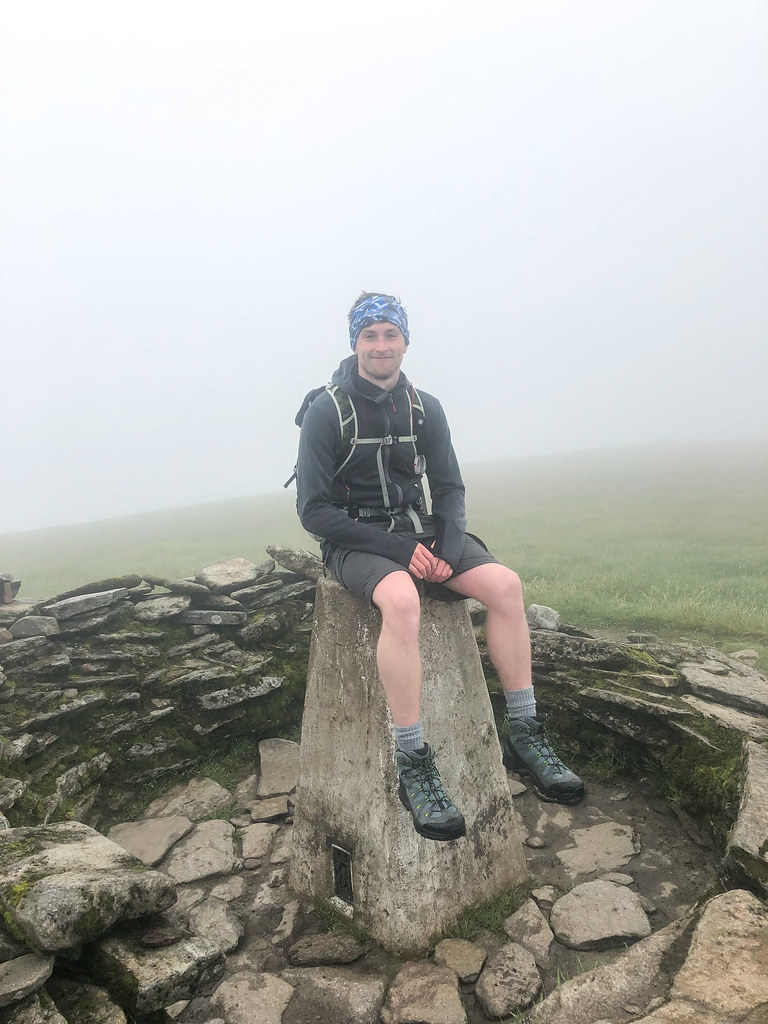 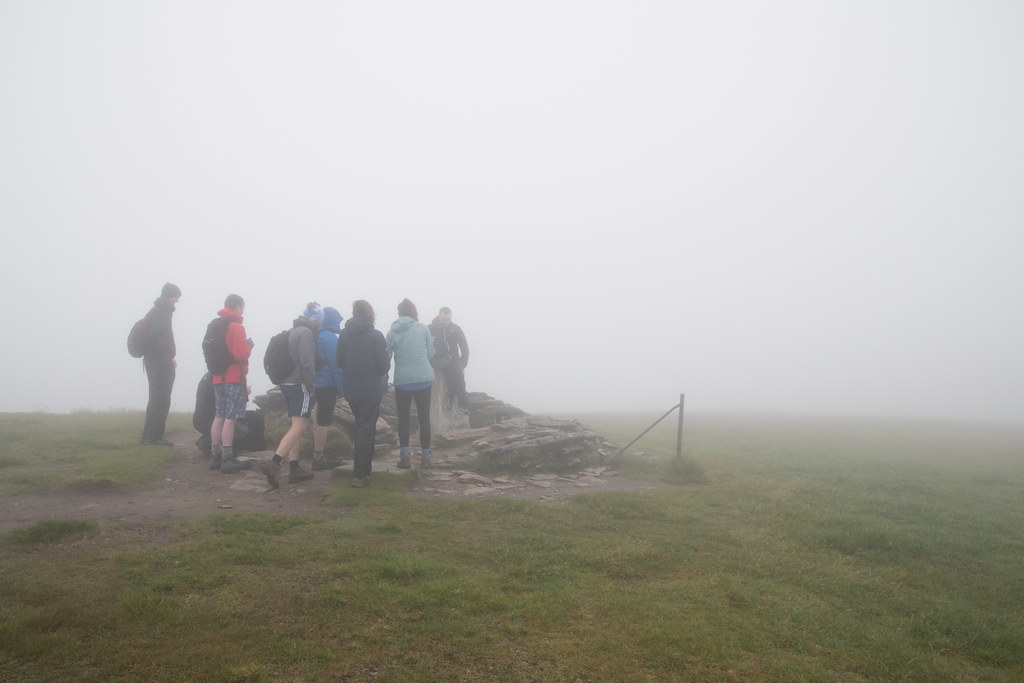 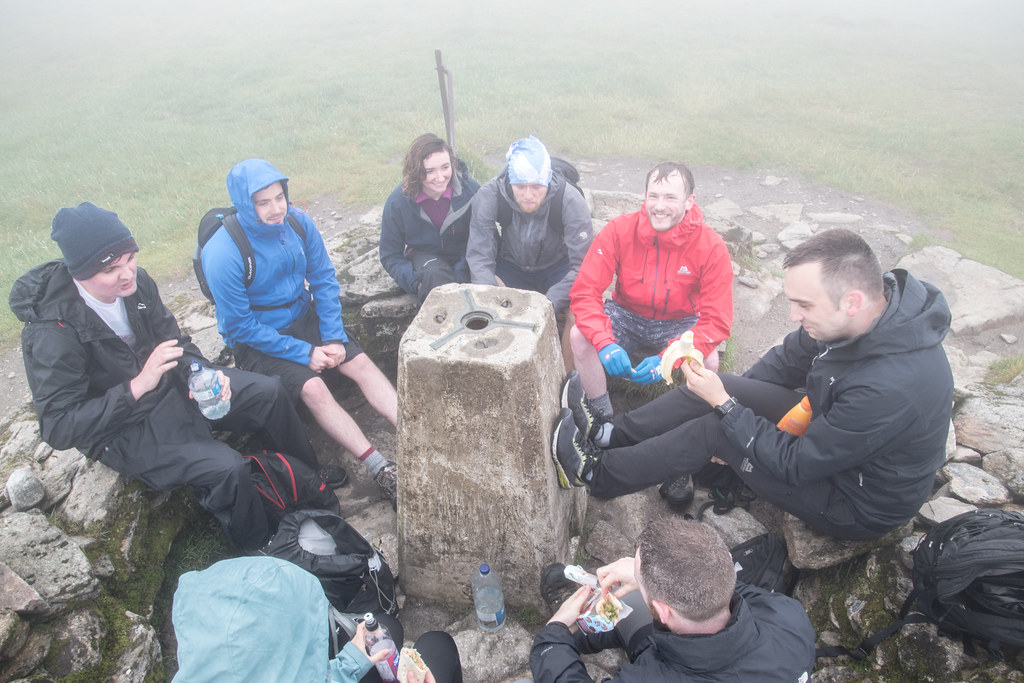 The route down consisted largely of Danny proclaiming he was surprisingly fit for the whole “Munro bagging” thing and decided he was now suitably experience to attempt a bivvi. Maybe in the spring / summer or 2020 we will take him out on a summit tent wild camp as a trial before the bivvi. Now that he’s relocated himself to Edinburgh this all depends if he will ever pass his driving test… (Note to readers, in the time it’s taken me to write and proofread this, the unthinkable has happened – Danny now drives).

The remainder of the chat on the route down seemed to revolve around thoughts about the first pint, and if we would have enough time for an afternoon nap beforehand – lightweights! Maybe that’s which happens when you’re in your late twenties?!

Anyhow, we made it down and back to Inverness in good time. Some of the group opted for an afternoon nap, before tucking into some of Inverness’s finest take away delights…

Our evening thankfully did consist of many pints in MacGregors (lovely wee pub), before venturing down to the local JD Wetherspoons where I felt like I had hit 46, not 26 – the fake ID business must be alive in thriving in Inverness.

Ben Wyvis would now mark my second birthday Ben, having previously done Ben Lomond as a solo outing three years prior in 2016. I do like the idea of trying to see how many consecutive years I could summit a Ben. A quick Google suggests there are more than 1000 Ben’s marked on OS maps of Scotland, and even with the best of health I doubt I’ll ever see them all!

All in all, a great weekend with even better company. If any of you read this, thanks again, apologies for relatively poor weather up the hill and look forward to seeing you all again next year!