So there I sat, in Shielbridge campsite, pondering on how to tackle the 5 Sisters of Kintail. I had ended up in Kintail by accident, as driving through it from Kinlochewe to Arran had left me in awe and wanting very much to explore this paradise.
https://www.walkhighlands.co.uk/Forum/viewtopic.php?f=9&t=94343
So I bought a map at Shielbridge gasstation, and thoroughly compared it to the routedescription in "the Munros".
But with no internet, I'm a Nokia adept, I found it hard to opt for a high wildcamp (as an alternative to having two cars or making the long walk), as the map nor the routedescription gave a hint about wildcampspots on the narrow ridge.
Suddenly my pondering was disturbed. "Are you going to do the five sisters", in a strong German accent, was asked to me by a younger man who had walked up to me from his and his friend's camperjeep.
As a NL I do speak some proper DE as well, so after having established our mother's languages, the conversation for that evening and the full next day would continue in some weird sounding mishmash of English and German.
"Ja, ich will very much do das Grat". Or something like that.
We had a nice chat, but went to bed early, as we'd agreed on doing the sister's ridge tomorrow, and we wanted to wake up early. Having brought my car to Alt a Chruinn, we drove of to the other end of Glenn Shiel. Getting out of the car there made me realise I had left my boots in my car, so we lost an extra half hour or so in driving up and down again. Although a thousand sorries were running through my head, the guys didn't mind, they were happy enough as it was to have found another party to tackle the ridge with.
Half way up the first Munro though, I realised I had not only forgotten my boots, but also my photocamera. Almost too ashamed to admit, I asked them to take a lot of pics, as I normally do. So the photographic proof that Kintail indeed is paradise comes from their effort, not mine.
I did ask them permission to post their photo's on WH, I forgot wether I could mention their names. So to be on the safe side I won't. Might ever they read this report: noch einmal vielen Dank! 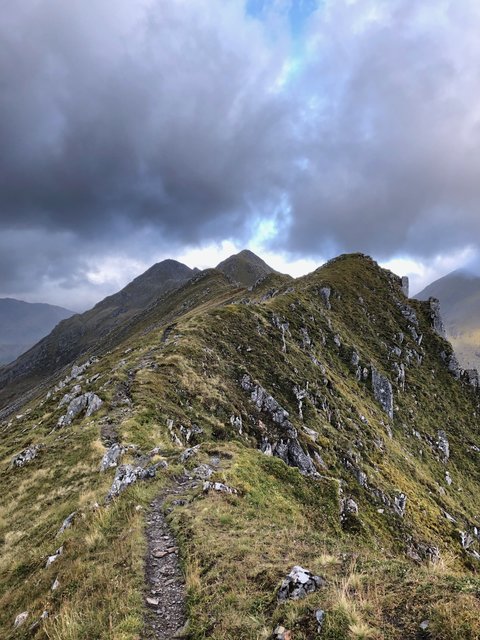 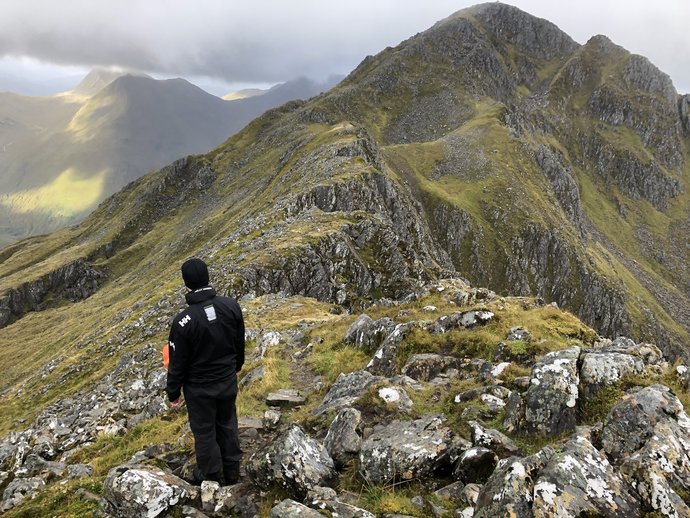