Inchnadamph. Meadow of The Stags, or is it simply Short And Moist? 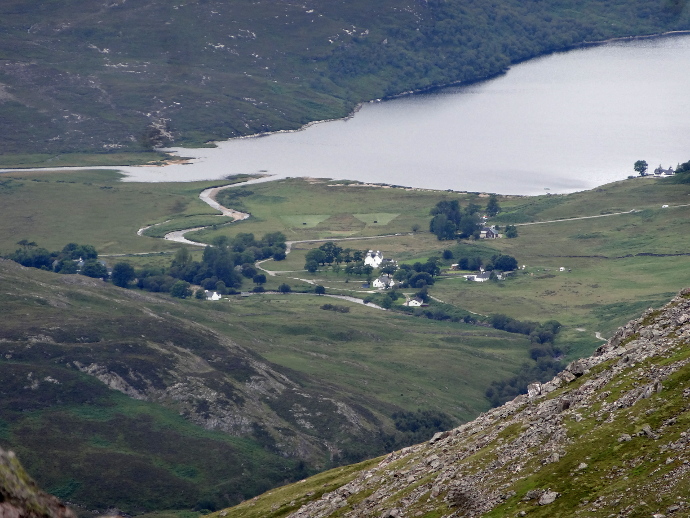 Either way this was our second visit in a week to that pretty hamlet, and our second attempt in a decade at Conival and Ben More Assynt. We thought the previous attempt was successful, even though one of our party had a tooth knocked out by a mountain troll, but the tops had been wrapped in dense cloud and whether we ever reached the second summit was something of a mystery.

This time we came armed with extra politeness and forbearance, which I've found can be effective at warding off trolls, and a GPS device to help verify our achievement if the clouds were low again. We both managed to avoid injury.

We followed the main track, past the stalking sign that hadn't been updated since October - presumably they leave it to the tramping hordes in the summer. After a while we departed from the track to cross the first bridge, only to find we'd taken a detour around the other perfectly good bridge. The track was well-kept, or rather well-beaten, and largely dry on the way up. We got to see several frogs on the way, and a few human and canine walkers. 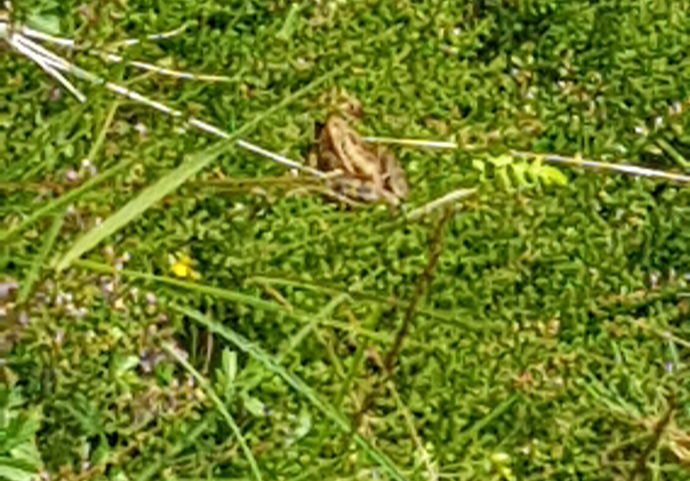 On the approach to the crag we had a head-wind, so we expected a blast on the ridge. My main memory of the next part was a long series of steep stony slopes, each one leading to the only "summit" visible in the fog, and each succeeded by yet another staircase-like slope. Again we walked up into clouds but this time, thankfully, they were lighter, I was fitter and the climb seemed a lot shorter. The wind was also kind, the expected blast didn't materialise until much later. Still we were glad when the nest-like shelter cairn loomed ahead of us, marking the top of Conival. After a rest we pressed on along the ridge towards Ben More Assynt, first down over boulders and scree, then up, down, and up onto a scree-covered top. On the way, the clouds parted from time to time to reveal bits of the landscape below, but from here on it was mostly ghostly peaks in the mist. 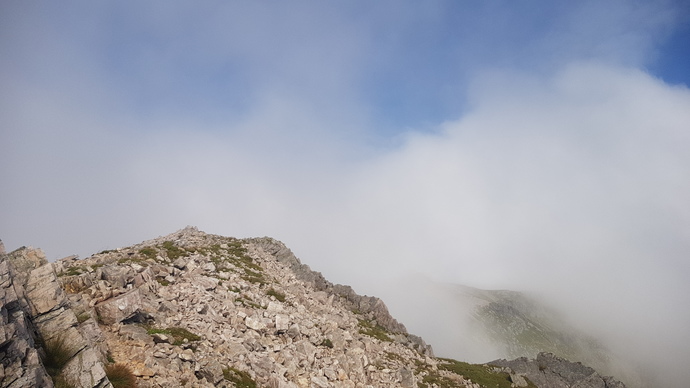 Finally we learned the truth: one of those ghostly peaks was as far as we came before, the final rise had been hidden in fog and we'd mistaken this long dip for the end of the ridge. This time we could make out something bigger beyond it. The actual summit had two small cairns: one on the right sitting on a sharp scree-covered point, the other atop some large rocks on the left. In the mist it was hard to tell which was higher so we stood on both. The OS maps have the top on the rocky outcrop, which we visited second and where we stopped for dinner. There was hardly any wind and the peak was almost silent in its enveloping mist.

The wind got up on the way back and the mist developed into light rain as we traversed the Conival ridge. We followed a track around the lee of one of the minor tops and saw what looked like a knee-high doorway in the hillside, perhaps suitable for some particularly small hobbits or petty-dwarves. Further down, the rain reached waterproof-trouser intensity. I chose the less pleasant of the two main routes down the crag. From there it was a steady squelch down, stopping briefly to admire a pair of dippers by the burn.
The rain eventually slackened and we saw a bit of the sunset alongside Quinag, which was doing a pretty good impression of a volcano. Assynt.gpx Open full screen  NB: Walkhighlands is not responsible for the accuracy of gpx files in users posts

Re: Solving an Enigma: Return to Inchnadamph

Better views than we had!!!

A great, and complex, set of hills.