One Graham short of a goal...

One Graham short of a goal...

Grahams included on this walk: Stob an Eas


When G got in touch to see if I was up for having a walk on the last day of the year, I originally suggested Stob an Eas and Cruach nam Mult, on either side of the B839 in Hell’s Glen, neglecting to mention that I was secretly harbouring latent hopes that I might still be able to reach 50 (new) Grahams by the end of the year—a casual goal I’d set months before, and which seemed very doable at the time. Before going to Lochinver, I’d needed four, and thought I’d be able to easily knock them off during that week. But the weather, the short days, and the considerable drive times scuppered that plan, and I’d come to accept that I was likely to end the year a being a couple of Grahams short of that goal.

She, imminently more sensible (realizing that all height gained by reaching the first summit would be lost by descending back down to the road before tackling the second summit), and also needing to be home by mid-afternoon, countered with a suggestion of Stob an Eas, extending a simple up-and-back into a horseshoe that included Beinn an t-Seilich. She’d done this route before, but it was new to me. Any slight disappointment I felt at still not reaching an arbitrary round number pulled out of thin air months earlier was easily outweighed by anticipation of a good day out.

And a good day out it was! All the lochs we encountered (Lomond, Fyne, Goil, etc.) were covered in cloud; in fact the drive (both there and back) was mostly pea soup, but we were soon above it all, in clear blue skies and sunshine! A most satisfying wander with which to end 2019 in style. 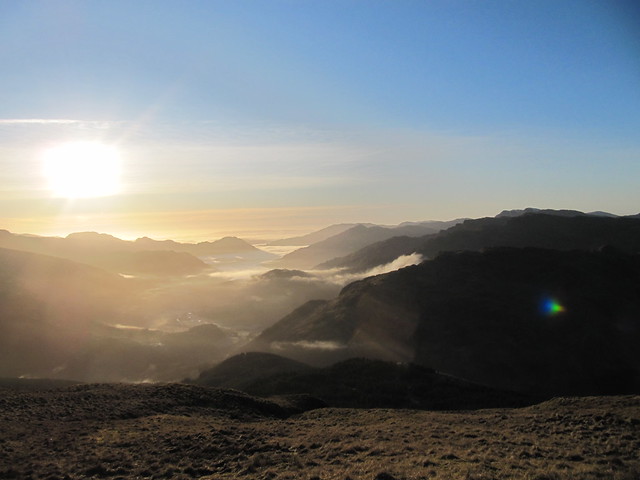 looking down toward Loch Goil 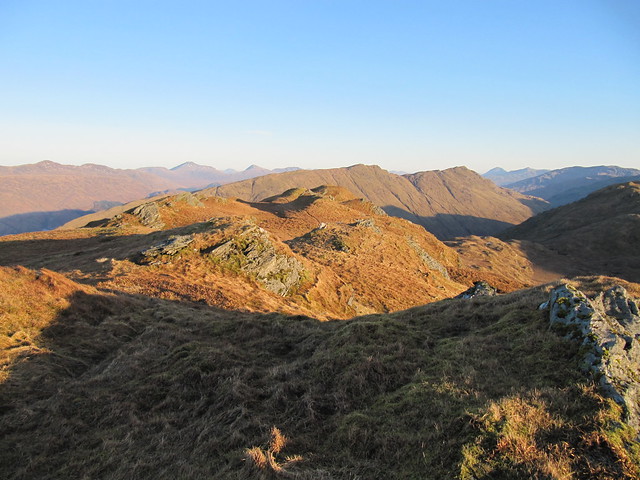 we'd follow along this ridge; Beinn an t'Seilich is out of sight to the right; Beinnein an Fhidhleir ahead 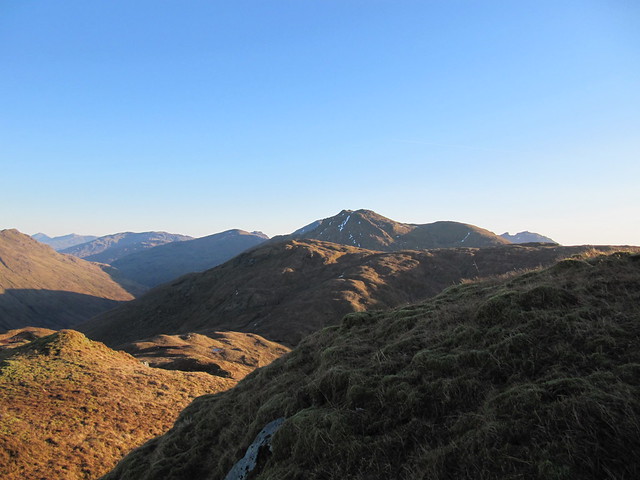 Beinn an t'Seilich in the forefront; the much bigger Beinn an Lochain behind 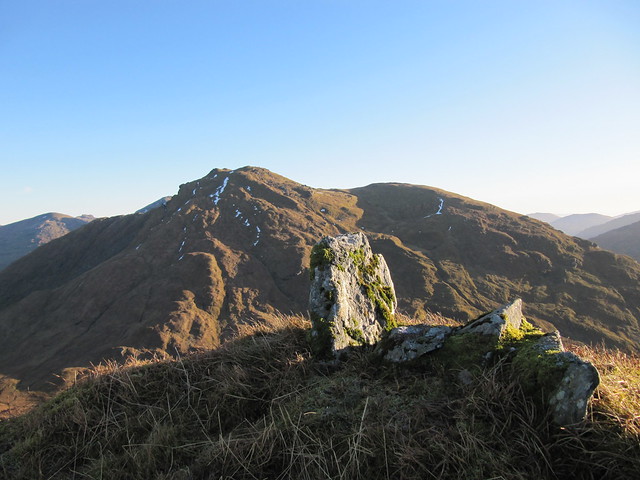 Beinn an Lochain from Beinn an t'Seilich summit 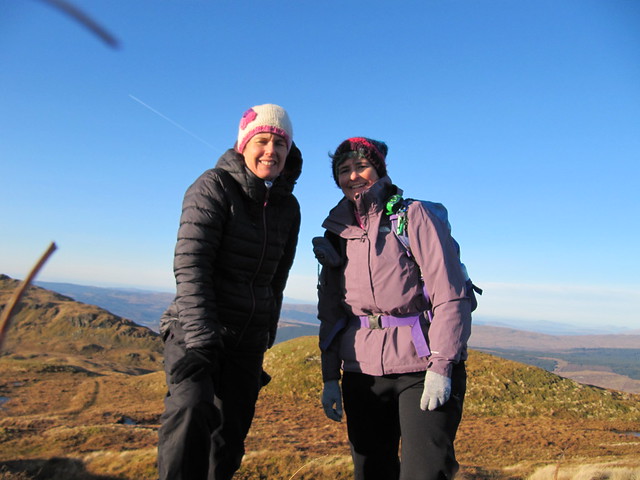 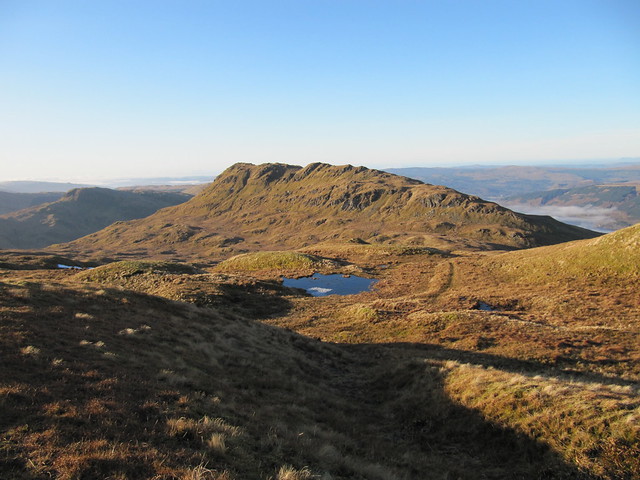 looking back over Stob an Eas