That doesn't look too bad. Looking up the hill, I have to admit that from the point where I was standing that was true, but unfortunately also completely wrong

. I was standing in front of Binnein an Fhidhleir the most northerly of the Arrochar Alps Corbetts and after having hiked up a number of Munros again during summer, I was looking forward to climb something new. From a map perspective the route is pretty much straight up, but looking at it it didn't look too bad. We began the climb and oh what a relentless climb up it turned out to be. From battering through deep fern on the lower slopes, to a hardly non existing path and endless blind summits on the way up...it was hard! Saying that the one thing which was a saving grace are the views! They are simply spectacular and a great excuse to stop 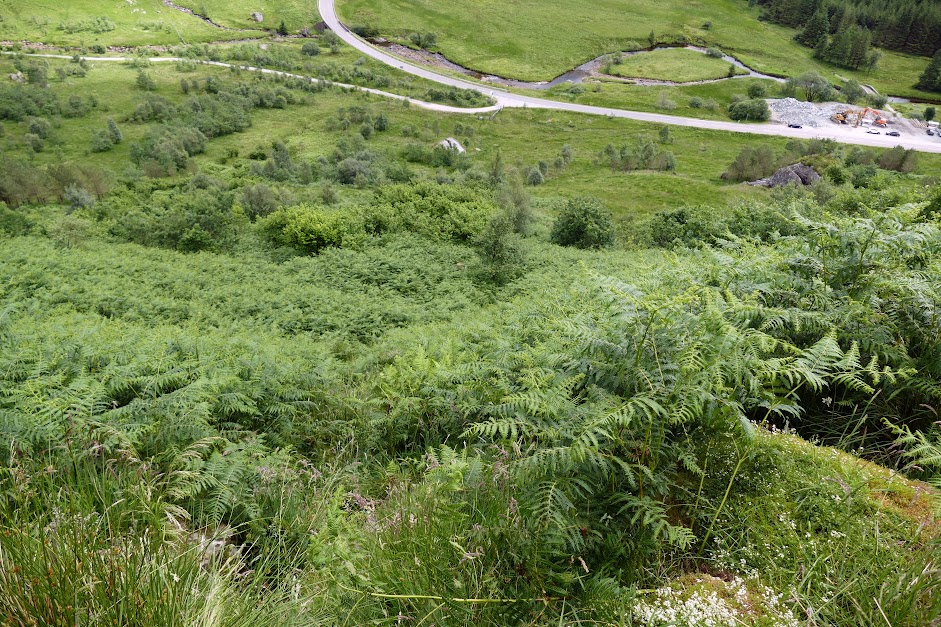 A jungle of fern to cross 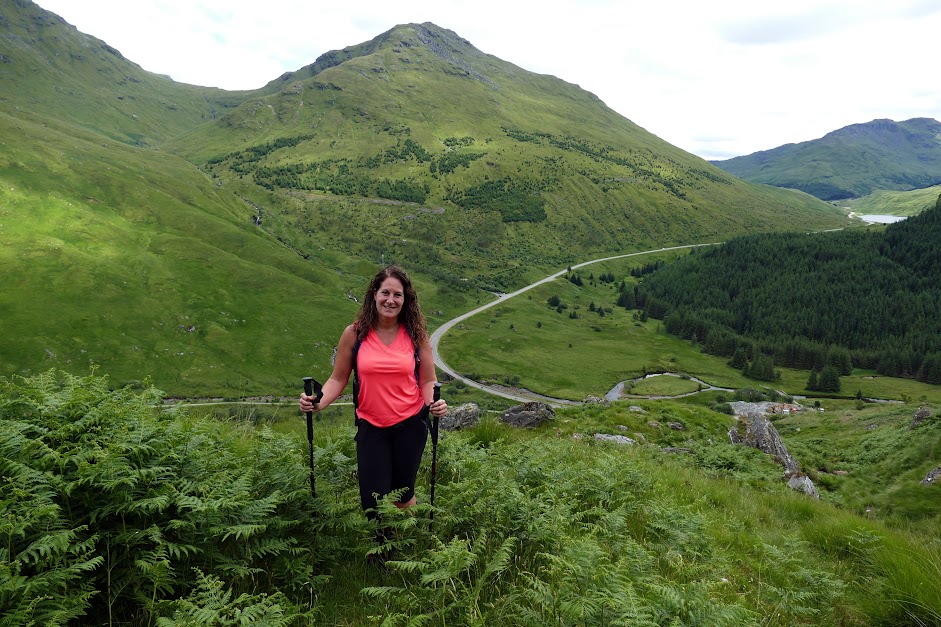 Myself with Beinn Luibhean behind 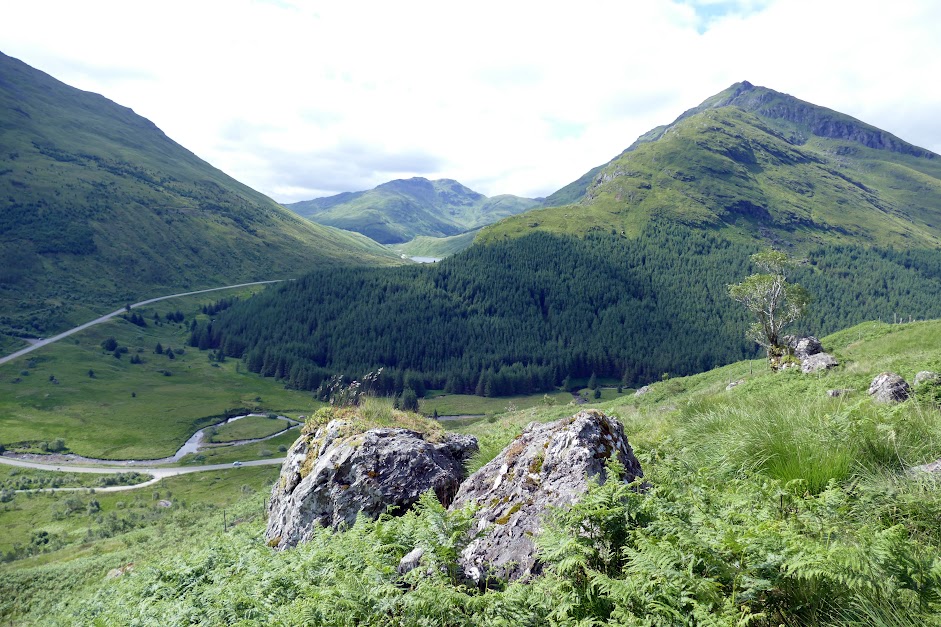 Higher up with Beinn nan Lochan to the right 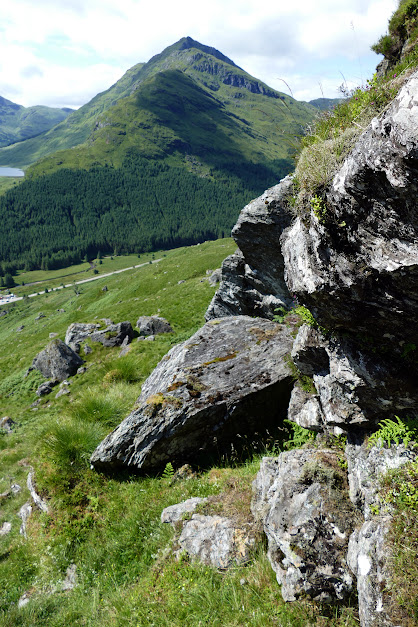 Another shot of Beinn nan Lochan 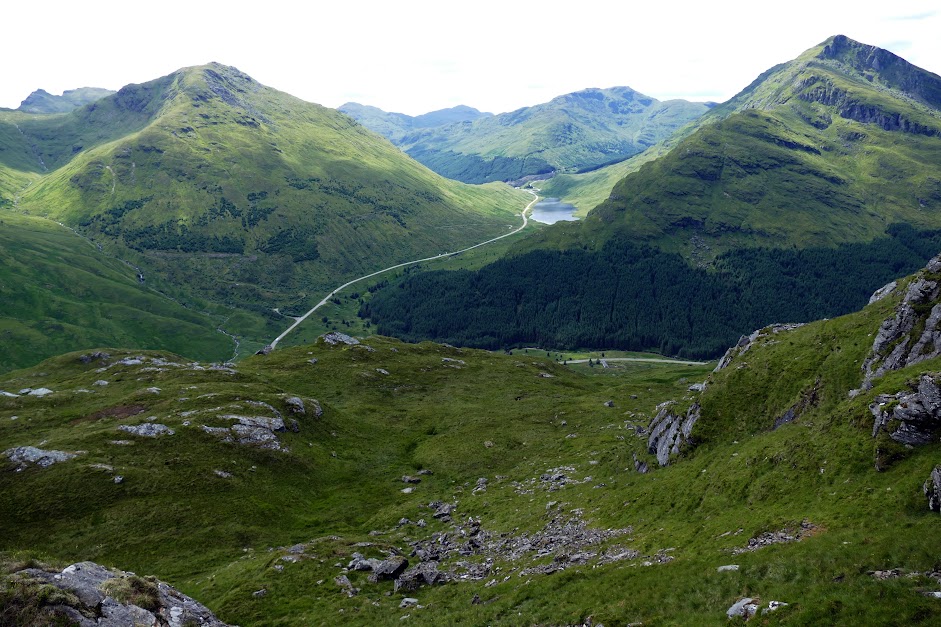 View are getting better 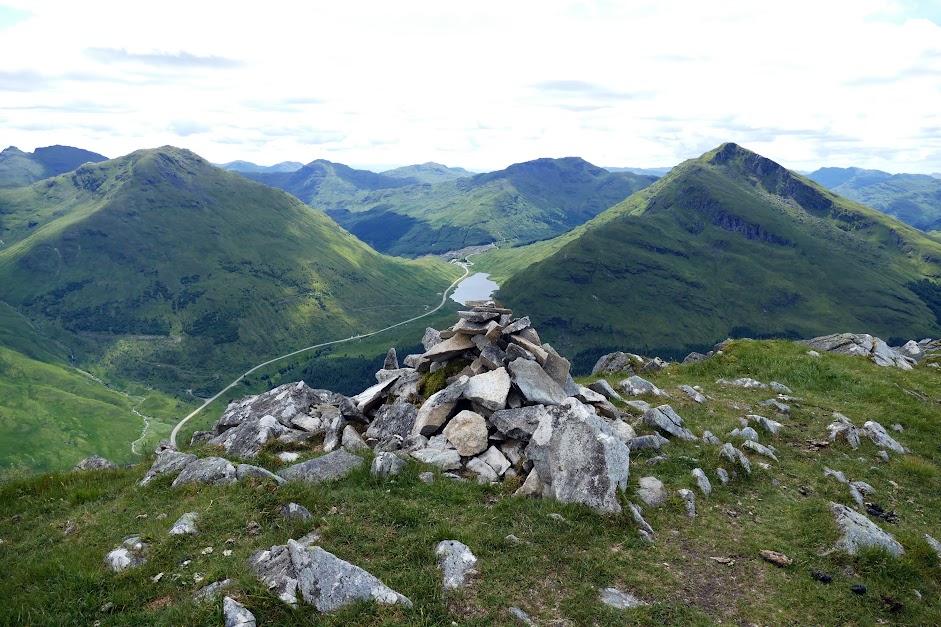 
We were knacked by the time we reached the true summit called Stob Coire Creagach. Strangely though, the mountain is named after its second highest summit Binnein an Fhidhler, so it would be rude not to visit it. Having climbed the first 650meters vertically (thats what it felt like), the walk that followed towards the second summit is rather easy. Only towards the end another wee push is needed, to reach the top. 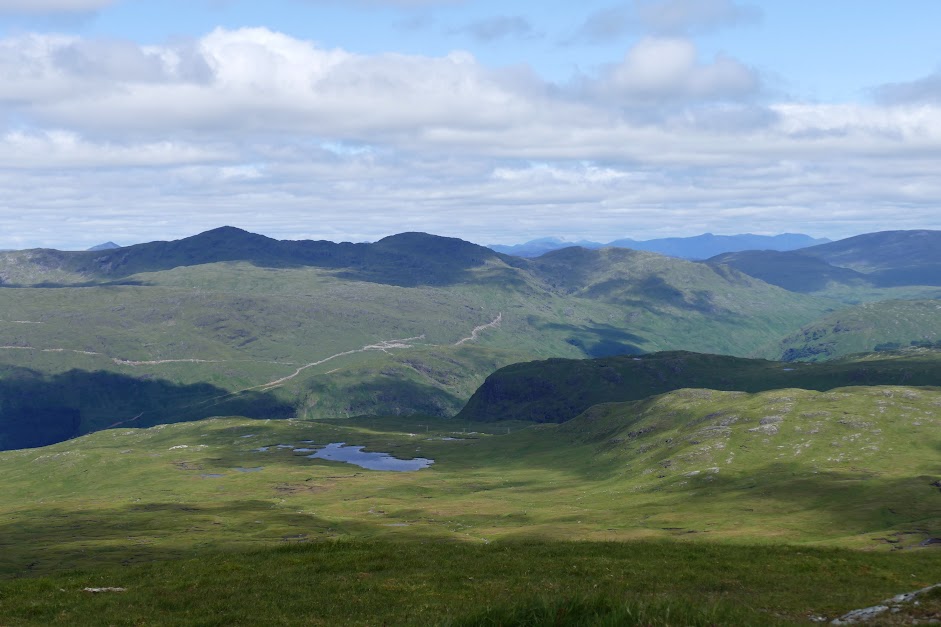 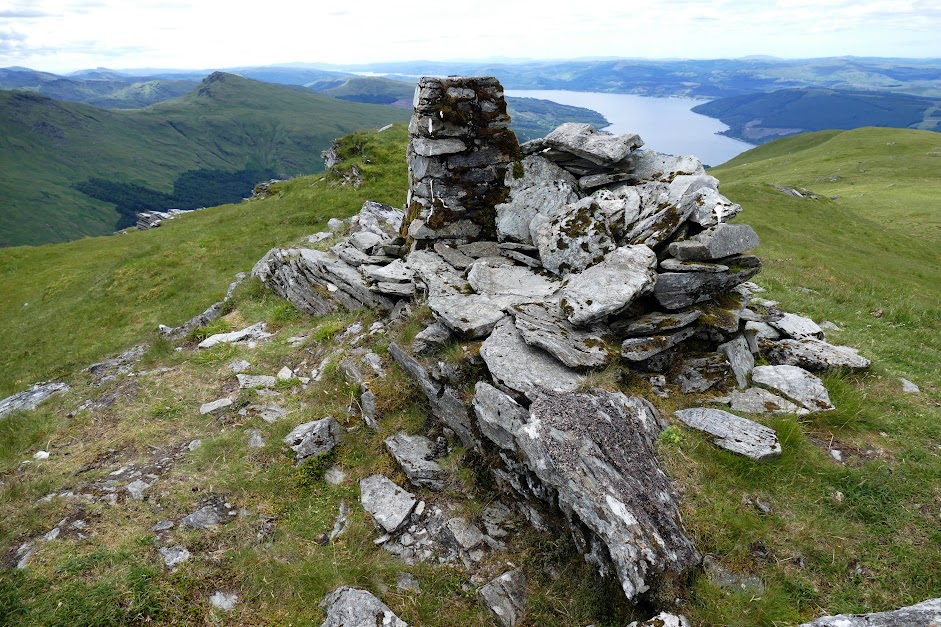 
I had half forgotten the climb up, by the time we returned, but when you think up is hard, wait until you have to climb down. Within the first 100 meters or so we had lost the hard to see path, we had used on the way up. The way down, was a knee killer and resulted in a few scrambles until we found our way again. Saying that it was certainly entertaining and a reminder not to underestimate the Corbetts. 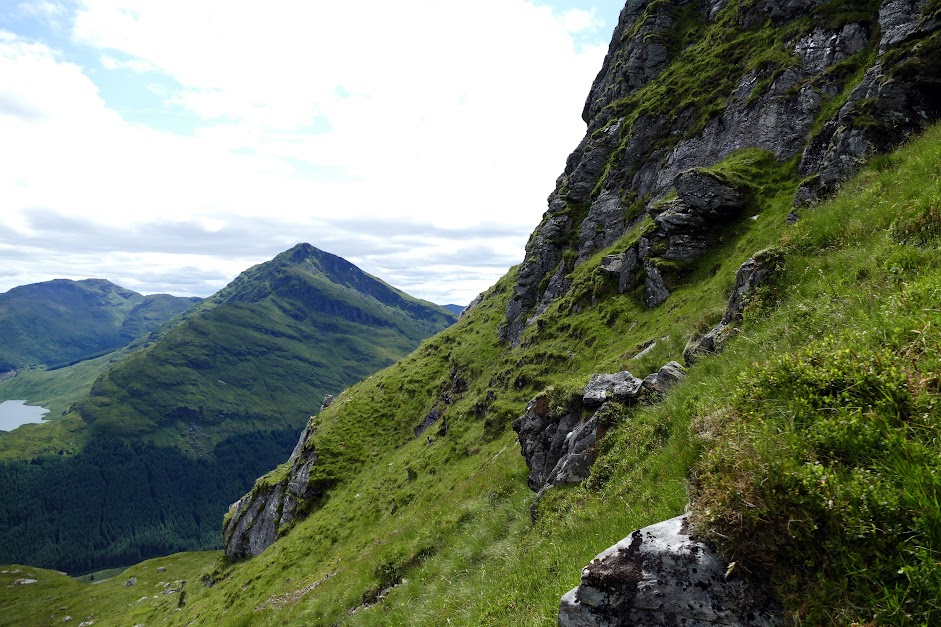 Its a steep way down 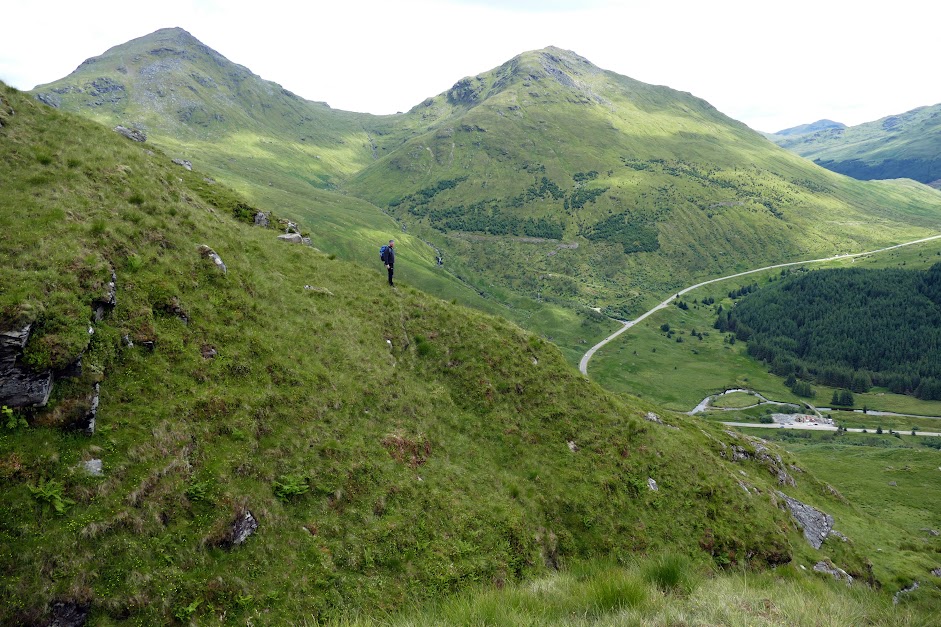 Kevin on the way down

A few months passed until during the first winters frost, we decided to head back up the Arrocher Alps. Having recently bought a house, my days,nights and weekends had been filled with renovation work and I was now desperate for a hike. Beinn Luibhean was still on my to do list and seemed a good choice,

To be honest I did not expected much, the mountain does not really have the wow factor from the road , but it can be climbed pretty quickly, a plus for short winter days. We parked at the lay by only to discover it was the wrong one

. But a short walk along the road and we had found the right parking place

. Saying that it was covered in ice, so the one we had used, was certainly a better shout. We followed the track up the hill and I have to say it was a pleasure to walk. Not too steep, not too muddy and with fantastic views the higher we got. I even had to admit that in comparison to Binnein an Fhidhler, a far nicer hill. I love it when hills surprise me. 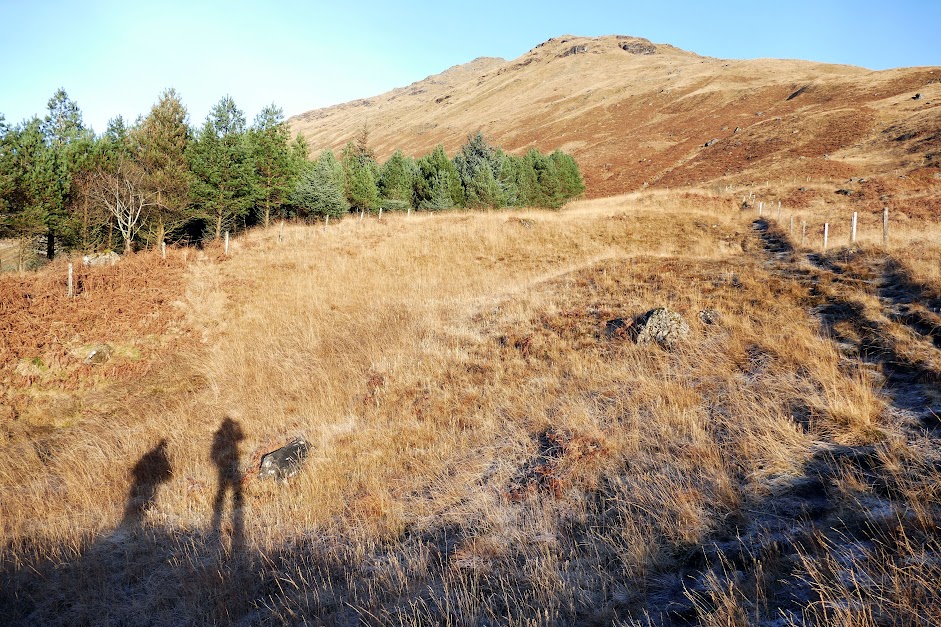 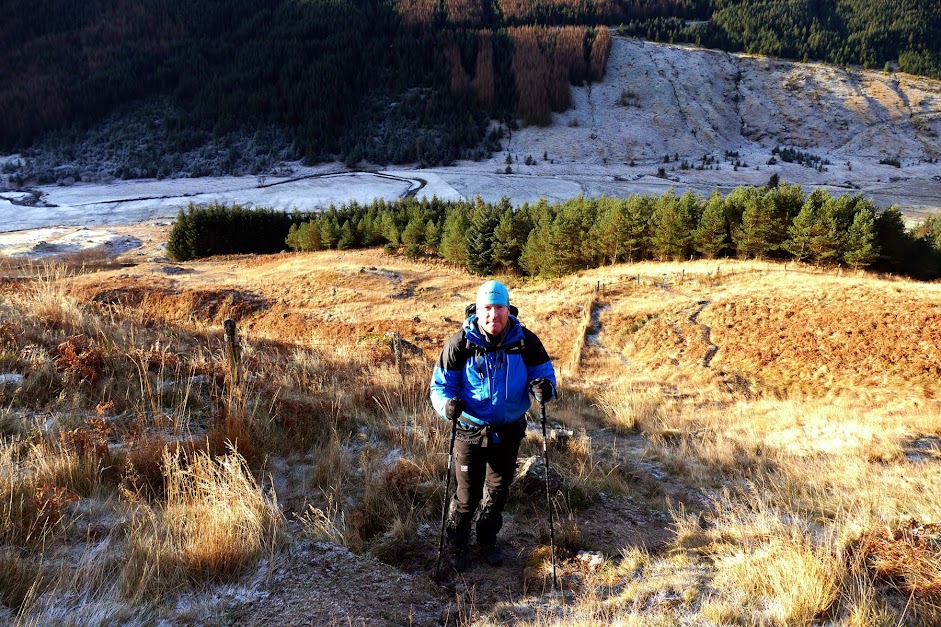 Kevin with a frozen valley behind him 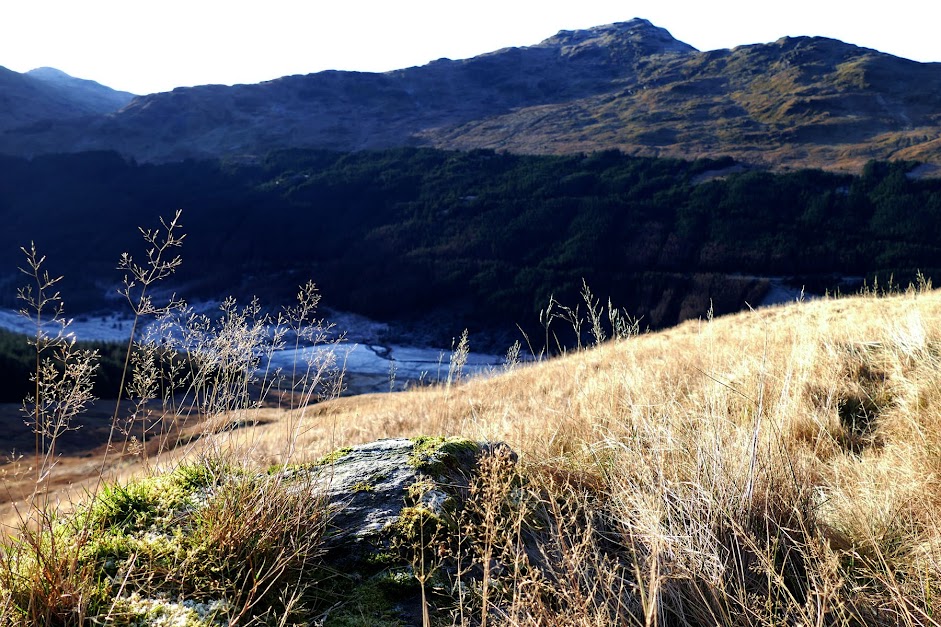 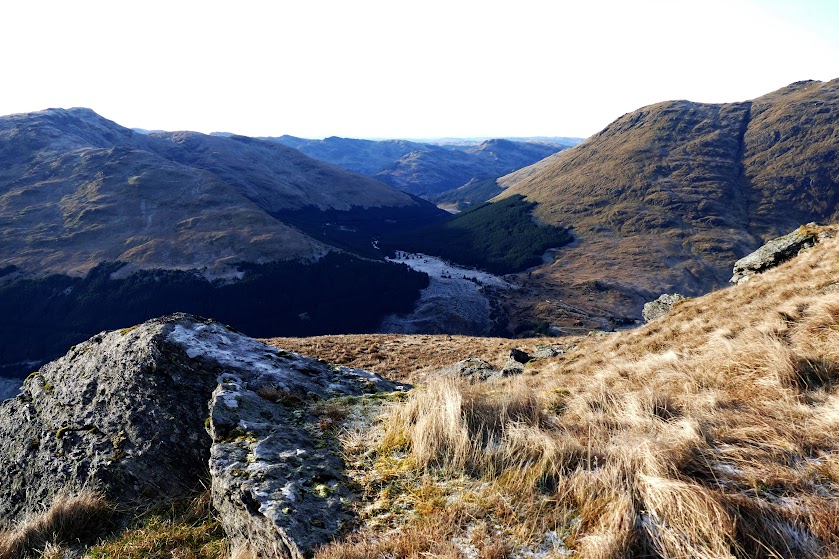 The Rest and be Thankful 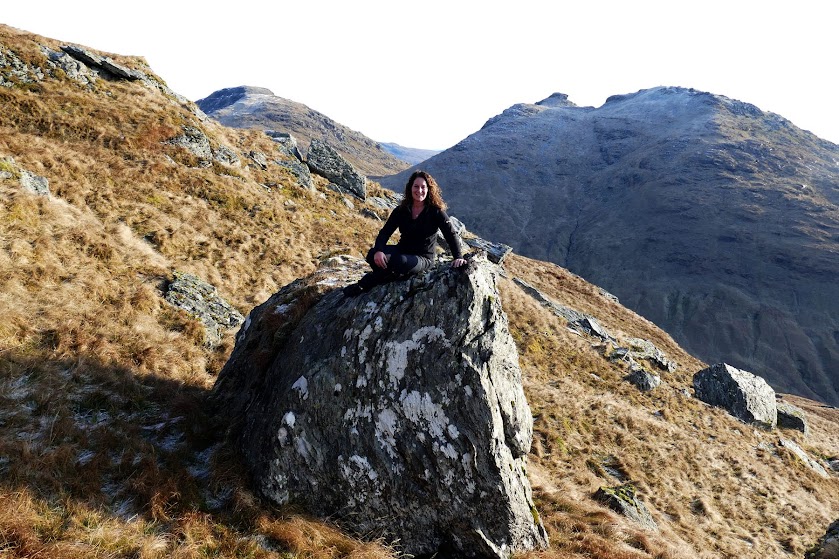 The ridge of Beinn nan Lochan We reached the summit and the views were amazing. Even though there was a bitter wind, we stayed for a long time, huddling behind a rock and just enjoyed to be outdoors again. As usually it was the cold which finally made us leave and return the way we came. A cracker of a mountain and one I would not mind to return to. 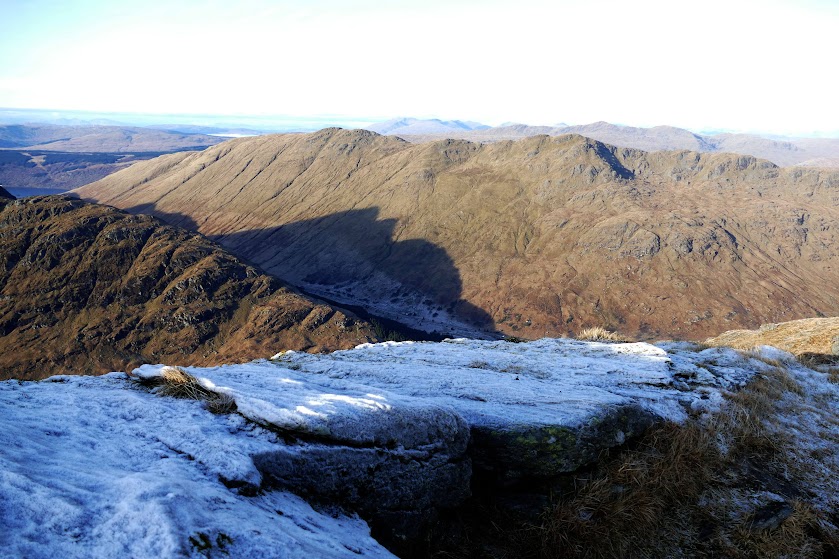 Summit views towards the long ridge of Binnein an Fhidhleir 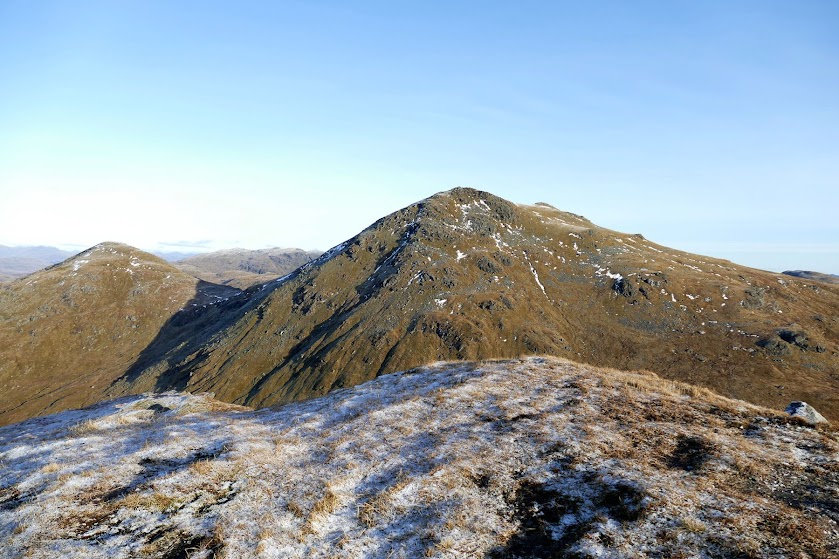 Lovely views all around 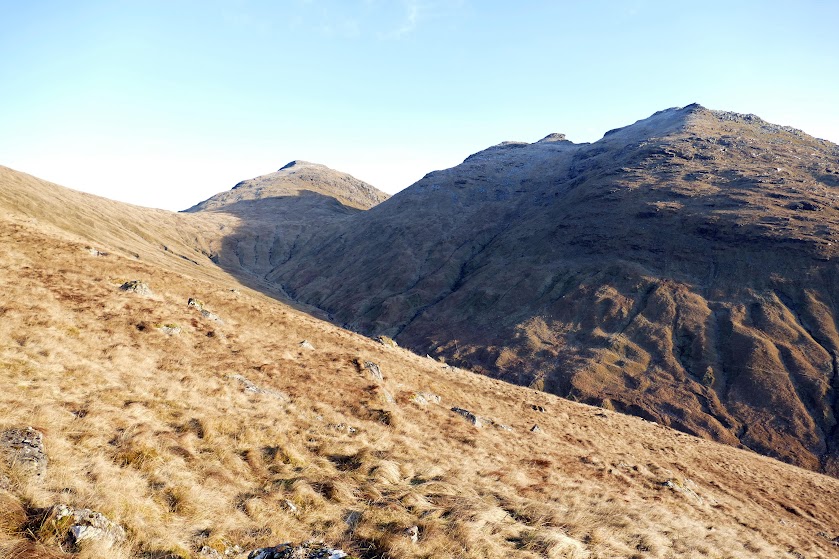 The back of the Cobbler 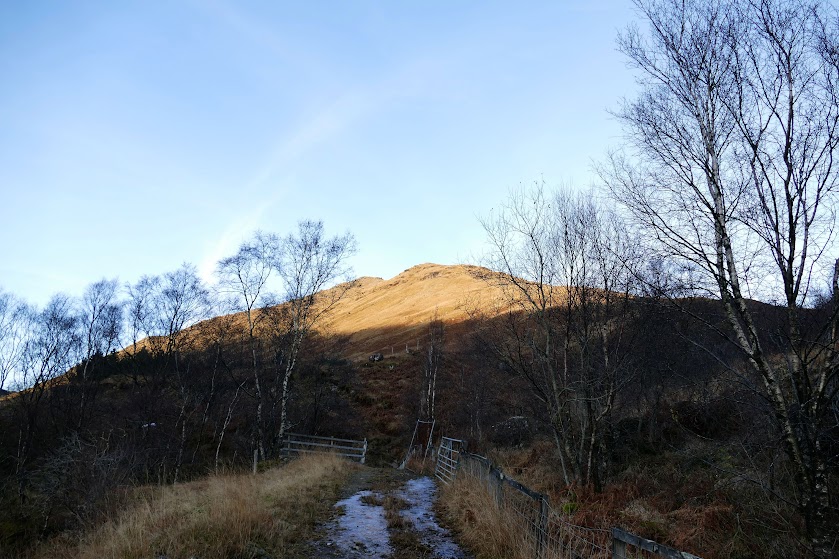 Last view back to Beinn Luibhean