Wanted to be home fairly early to have plenty time for packing to go on holiday tomorrow, so after looking at a few walk reports for possibilities, decided on Carn Gorm as a good local hill for winter conditions after seeing BlackPanther's 2018 report.

Parked in the layby at Cannich just past the bridge with traffic lights on the Beauly road, walked along the road a short distance, went up the steep track through the bracken (suspect this walk might be a tick-fest outside winter), through the woodland and 2 gates, (1 closed, 1 open or not even there) and continued on the track through the heather moorland. At some random point when I thought Carn Gorm was maybe straight ahead, I left the track and went in more or less a straight line - seemed to go over some bumps I didn't need to though, and had a few 'false summit' moments. When I eventually made it to what I thought actually looked like the summit, I looked over and saw the real one a couple of hundred metres to my left (west). Getting to it wasn't fun, not just because of the cold wind tunnel between the two; the area between the two was probably peat hags, though snow filled just now - after twice plunging into my waist or thigh deep and being thankful that I hauled myself out okay (and thankful for waterproof over-trousers), I took detours to do a route where I only stepped where bits of vegetation were visible above the snow. Got up to the summit cairn okay though, and lovely views west to the Affric, Mullardoch and Strathfarrar mountains. Didn't hang around though, too cold and windy.

I didn't bother retracing my steps the inefficient way I'd come up, instead heading in a more direct line south-ish from the summit, avoiding the snow filled hags and un-necessary ascent and descent over intermediate bumps. Picked up the track a bit further west than where I'd left it and followed it back down.

A good route for winter this, and not too far to drive for a shorter day. Initial ascent up the steep path through the bracken, looking back down on Cannich. It got snowier up the hill! 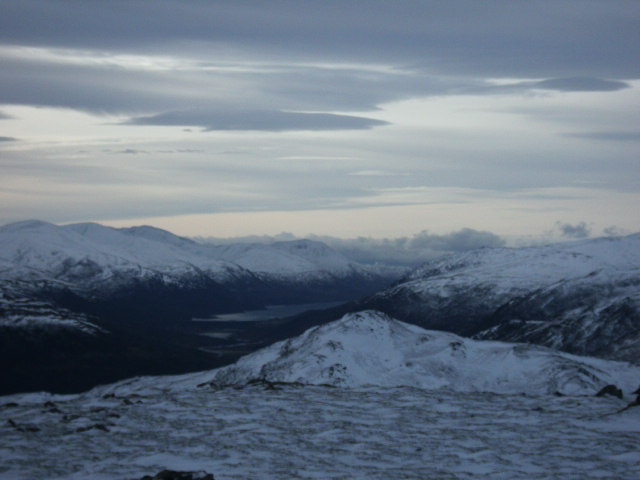 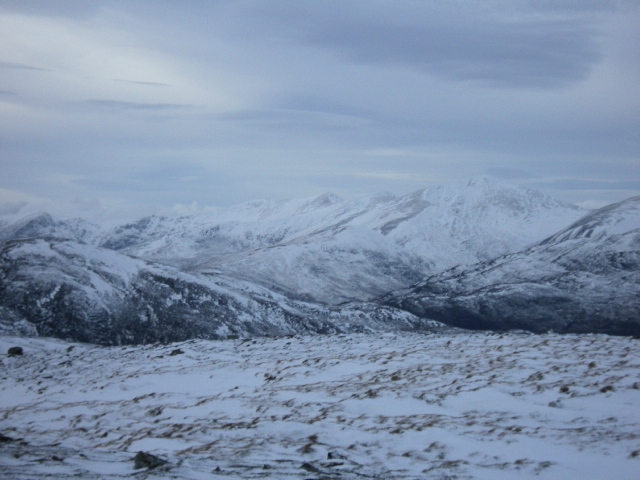