We'd originally planned to overnight in Arrochar and walk up the Cobbler or one of the other alps the following day. But both the forecast and the reality were so dire - relentless rain, low cloud - that after consulting the weather runes, which seemed to promise somewhat better weather (albeit only at lower level) in a small area exactly around Glen Shiel, especially in the afternoon, we decided to head on up there as quickly as we could, and do an afternoon coastal walk. 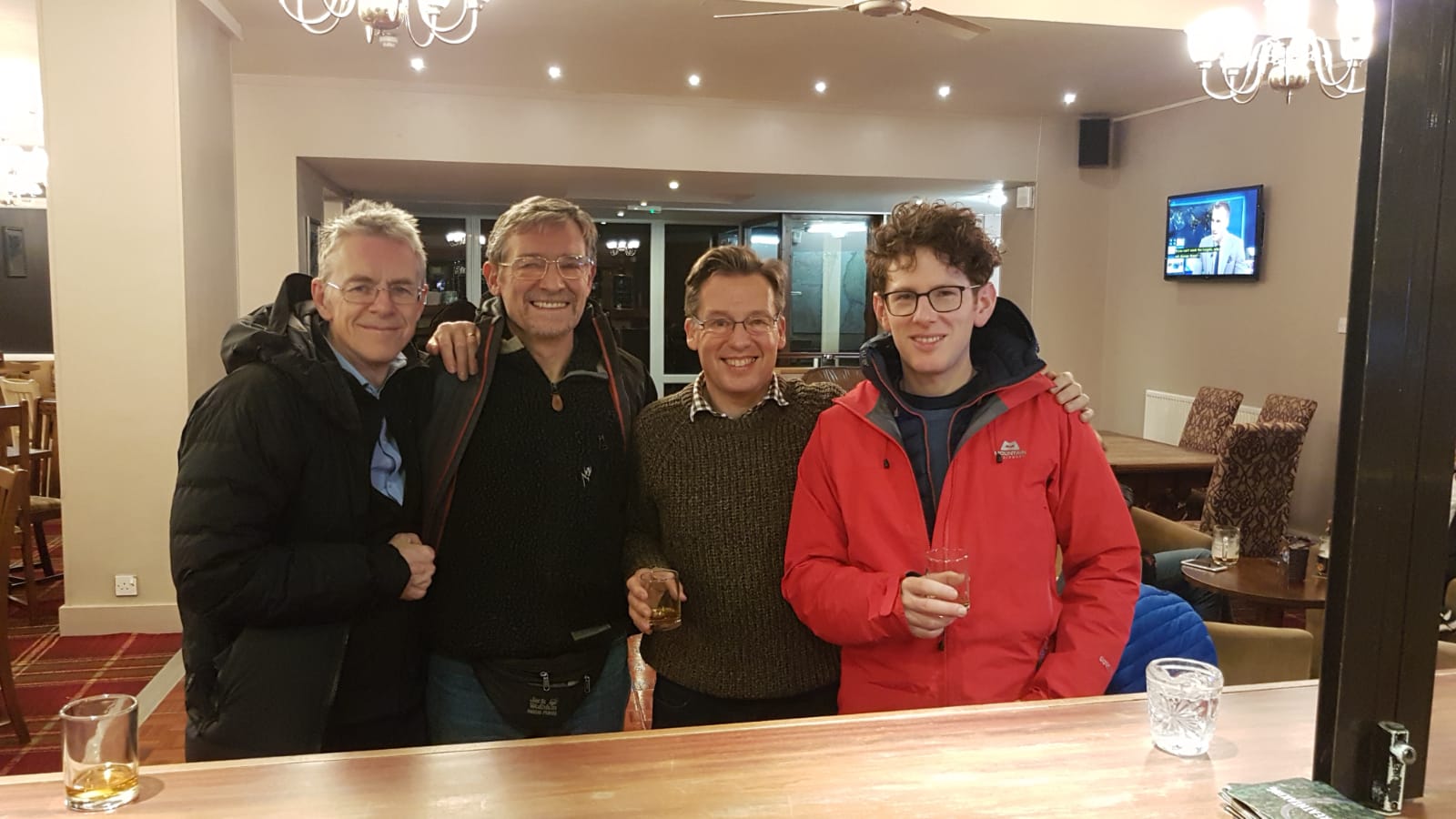 In the hotel on the Wednesday it wasn't too bad...

It was indeed pretty grim all the way up to Glen Shiel, but once there, we had reasonable visibility up to about 300 metres, so we decided just to walk along the forest path from Tochaig to Ardintoul, possibly returning via the low Beinn Ffada (444m). but more likely back along the same path we went out on.

The path was pretty muddy through the forestry, but for some reason well marked with red and white striped plastic tape tied around low conifer branches for most of the way. 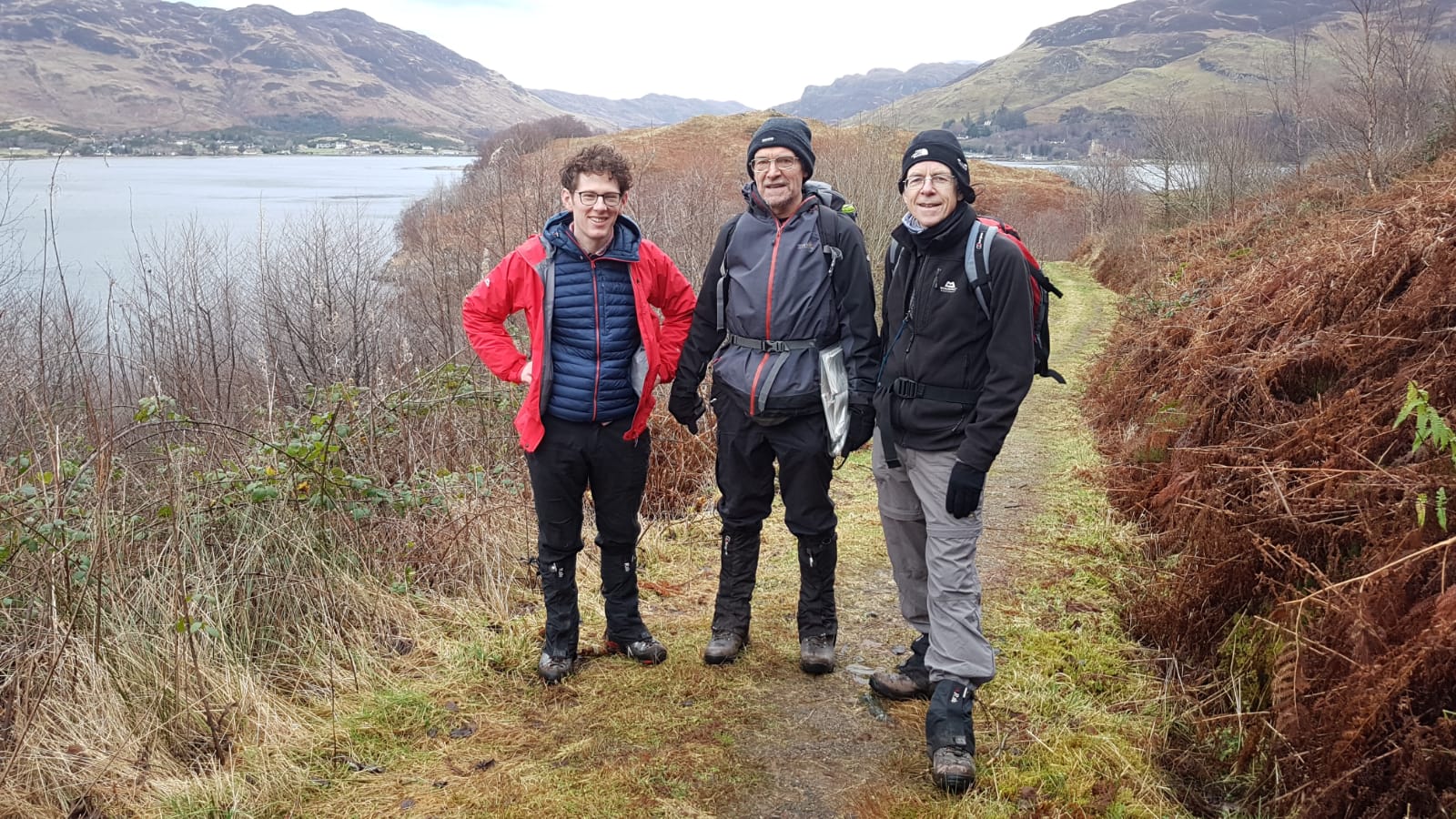 D'Artagnan took this pic, about half a mile from the start. Weather not at all bad. 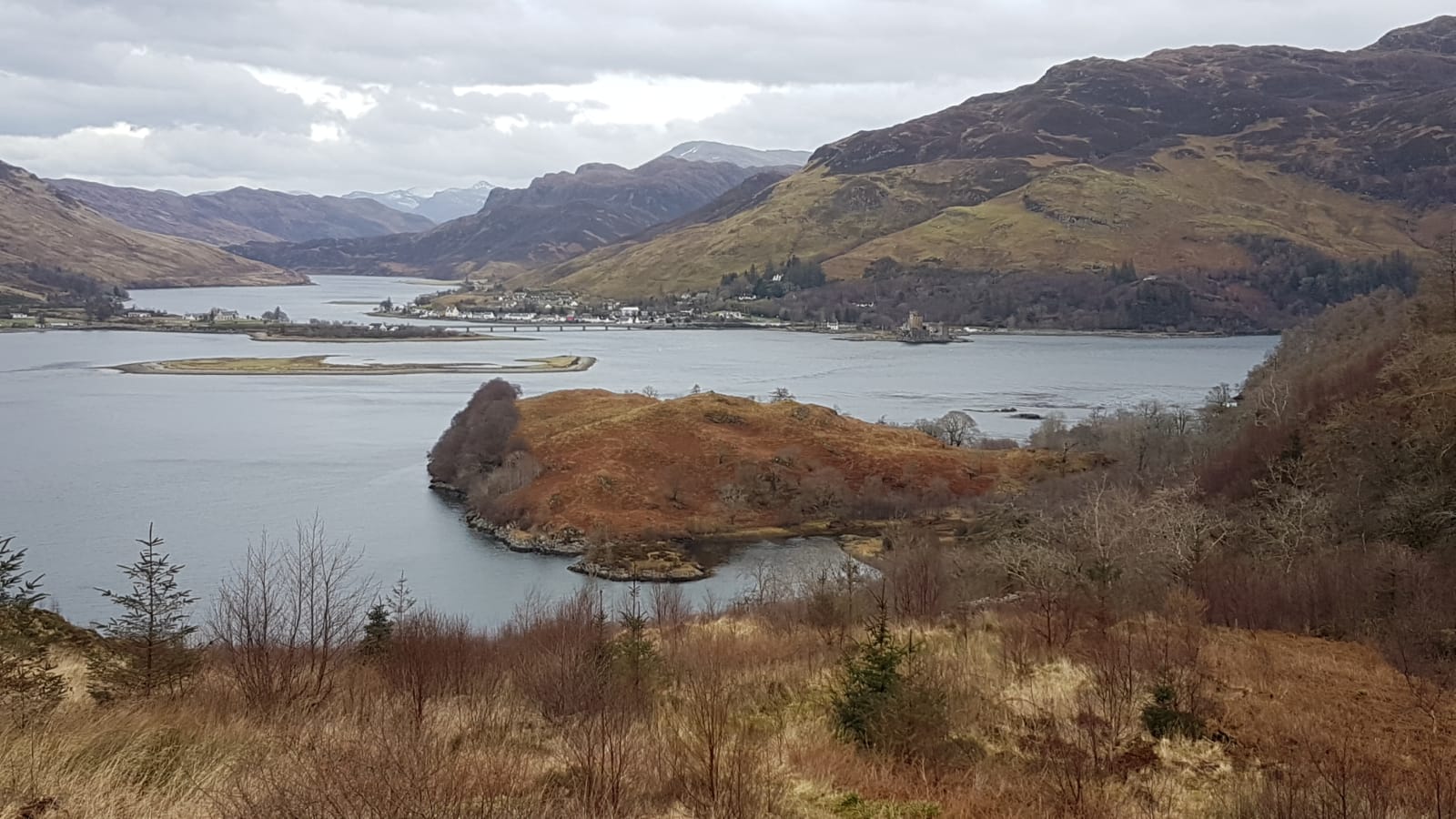 Good views of Eileen Donan Castle and Dornie looking north across Loch Duich near the start. There's about a mile of walking where there is just scrub, so good open views generally. 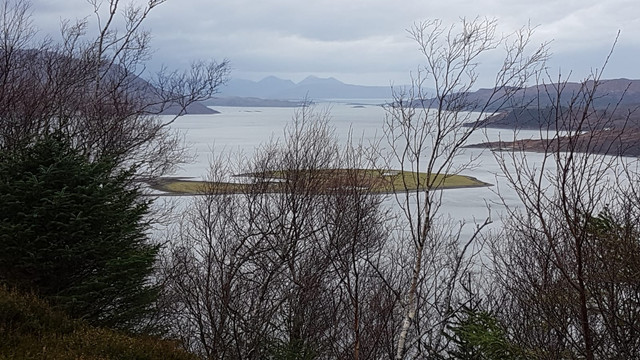 Looking west down Loch Alsh towards the Kyle of Loch Alsh bridge to Skye - where, though we didn't know it then, we were to venture the following day. 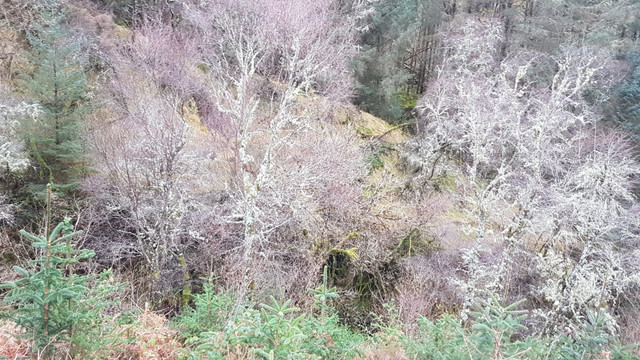 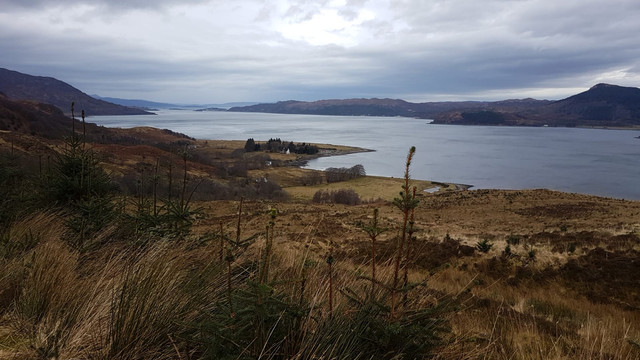 Looking west again towards Ardintoul, with the Kyle of Loch Alsh in the background.

We got back to the car at around 15.45, and on our way to our accommodation in Inverinate were fortunate to locate a local establishment of cultural, historical and architectural distinction, where we could replenish the minerals and salts exuded during the effort of our marathon walk... 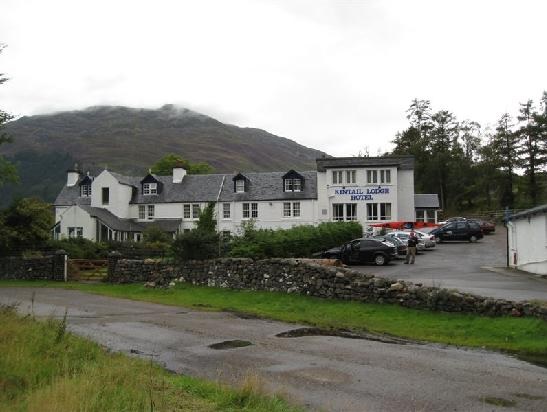