Binnien Shuas was a good choice for a January day with a forecast of low clouds and strong winds. Four of us set off along the track, initially keeping company with another group on their way to Creag Pitridh. Eventually we peeled off and ascended the gentle ridge. and had an early lunch part one before the last part of the ascent. It began to feel quite windy as we neared the summit, and the last few steps onto the top required a bit of care due to the combination of a small rock step and the wind. We then went a very short way north to admire Binnien Shios, where the Hare and I had been with our bikes in the summer. The wind on this really short section was quite strong enough to send us retreating downhill fast. We returned much the same way,wind in our faces now so not much stopping until we got lower, and had lunch part two. And there was plenty of time back at the hostel for me to organise Burns Supper food for 25. 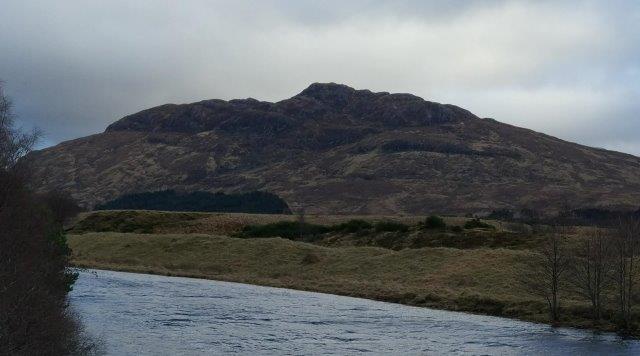 It's quite satisfying getting blue balloons from short winter days. And we decided that it is a hill worth repeating if the opportunity arises.
Here's the approximate line of ascent.