Having looked at the weather for the weekend a few of the planned walking party bowed out as it wasnt looking good enough to do any hills that would show off Scotland to its best. However a long time walking pall and I decided we would head out anyway and do one of the smaller hills in Angus (still sticking with my new years resolution), as at least we would be under the cloud which was sitting around the 450m mark.

So enter Corwharn. A pretty non descript hill hiding behind Cat Law, why I hadn't done it when I did Cat Law I have no idea! But I hadn't and now it was a little red balloon itching at my brain.

I had originally planned a point to point for this hill but we couldn't really be bothered faffing about with cars so we decided an in and out trip would suffice.

A fairly boring walk in along some landy tracks for about 5km and then a left turn up a steep section to get up onto the ridge, once on the ridge it was a quick jaunt over to the cairn. 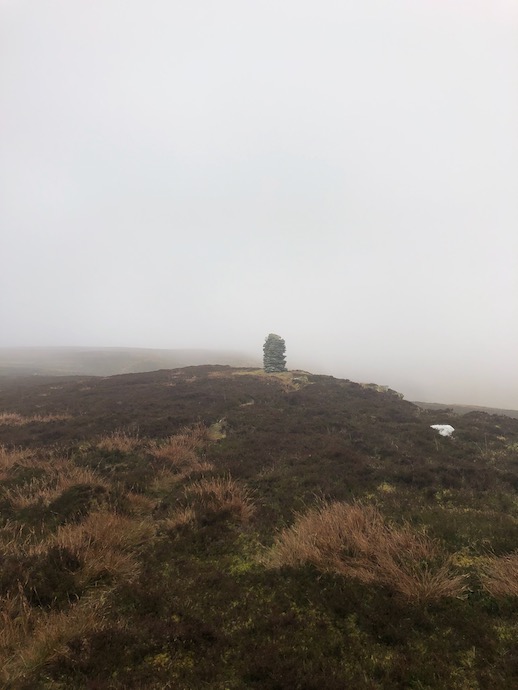 The summit carin appearing out of the mist We didn't hang around too long at the top as it was pretty cold and there were no views due to being just in the cloud, which kept lifting and falling as it saw fit.
We quickly ate our sandwiches whilst being observed closely by a couple of starving doggies. 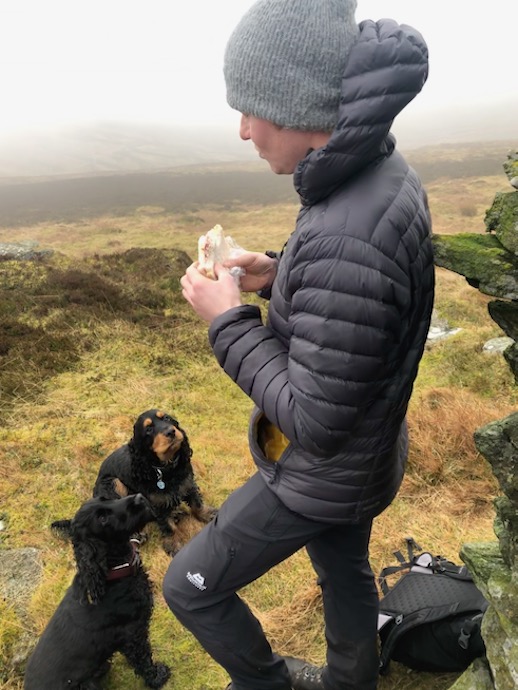 We decided to vary the route back by following the track along the ridge before turning down onto the main valley track just at the trees before the last farm in the valley.
Due to the low cloud we were not treated to much in the way of views. 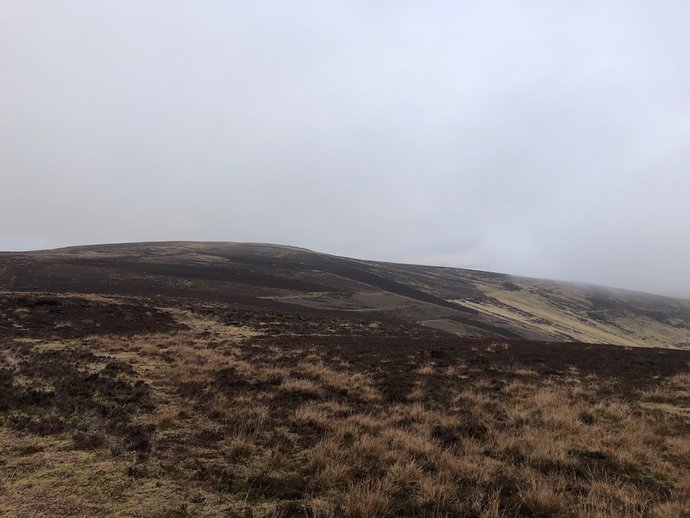 Looking back at the summit of Corwharn 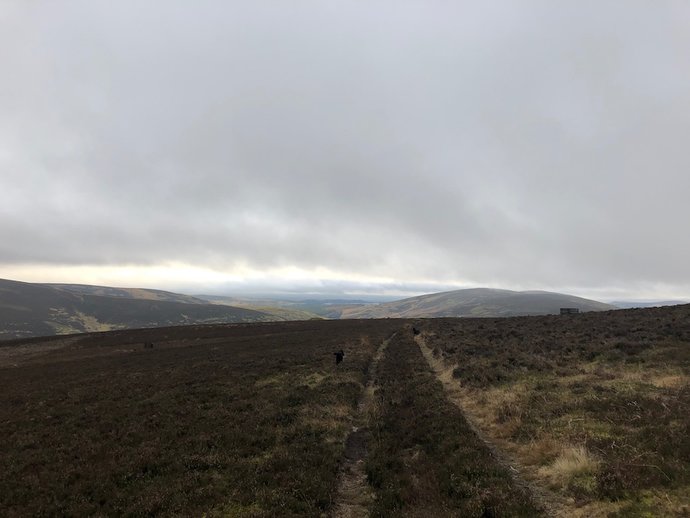 The best view of the day, down Glen Quharity

Even though it was a small boring hill it was still an enjoyable day, its always just nice to get outside and explore a little known corner of your own county. Plus I gained another blue balloon