) but the weather wasn’t looking good enough to be bothered driving anywhere. So we hopped on the train to Lanark with the bikes and a plan

The road out of Lanark wasn’t as busy as we’d thought it might be, and we made good progress past the “State Hospital” and out towards Elsrickle.

Tinto was poking out from under some cloud

And as we dropped out of Elsrickle and towards Candy Mill we could see our first hill – Broomy Law – ahead, with a big radio mast on the summit 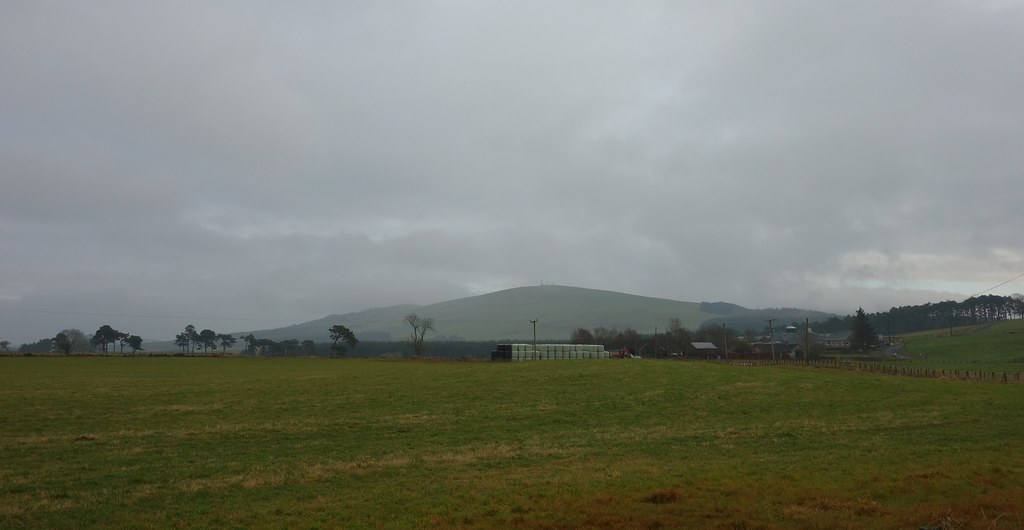 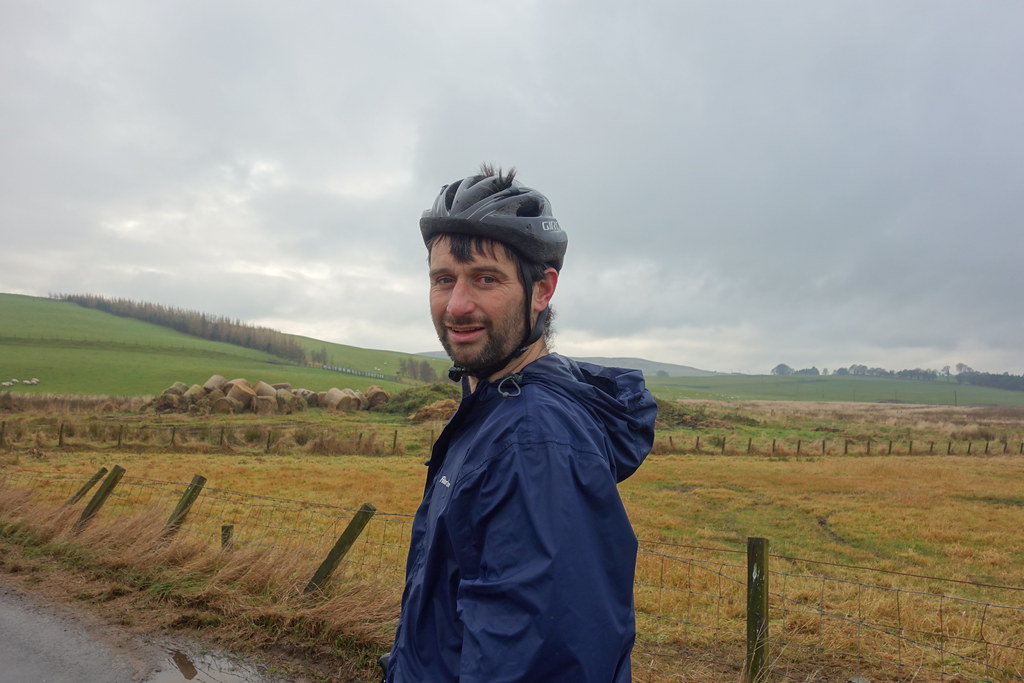 
Broomy_Law.gpx Open full screen  NB: Walkhighlands is not responsible for the accuracy of gpx files in users posts

Looking ahead to Broomy Law 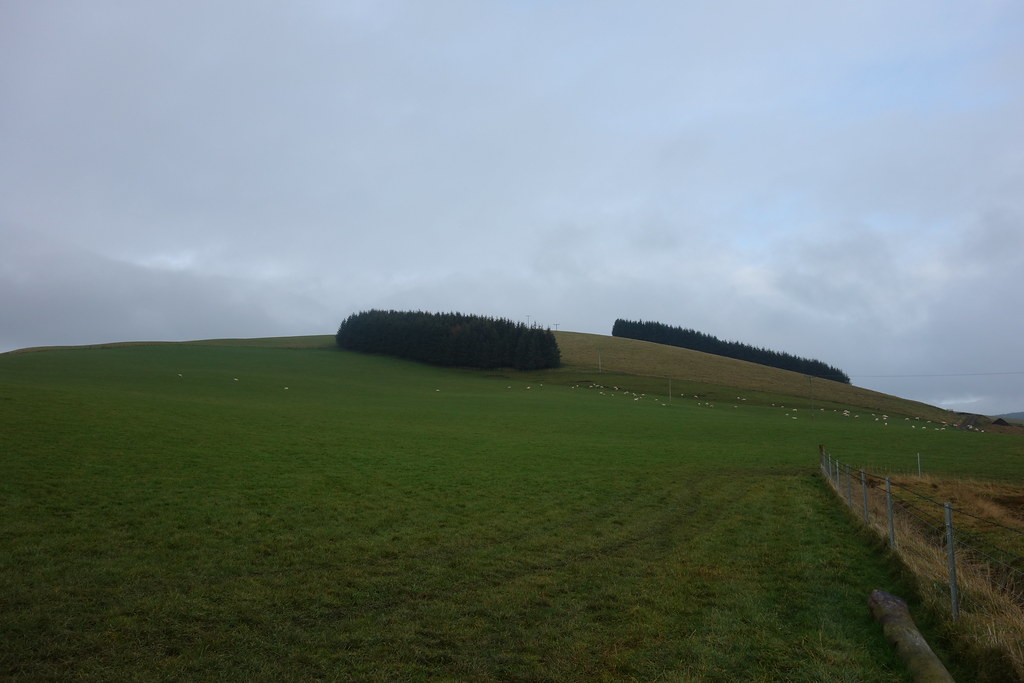 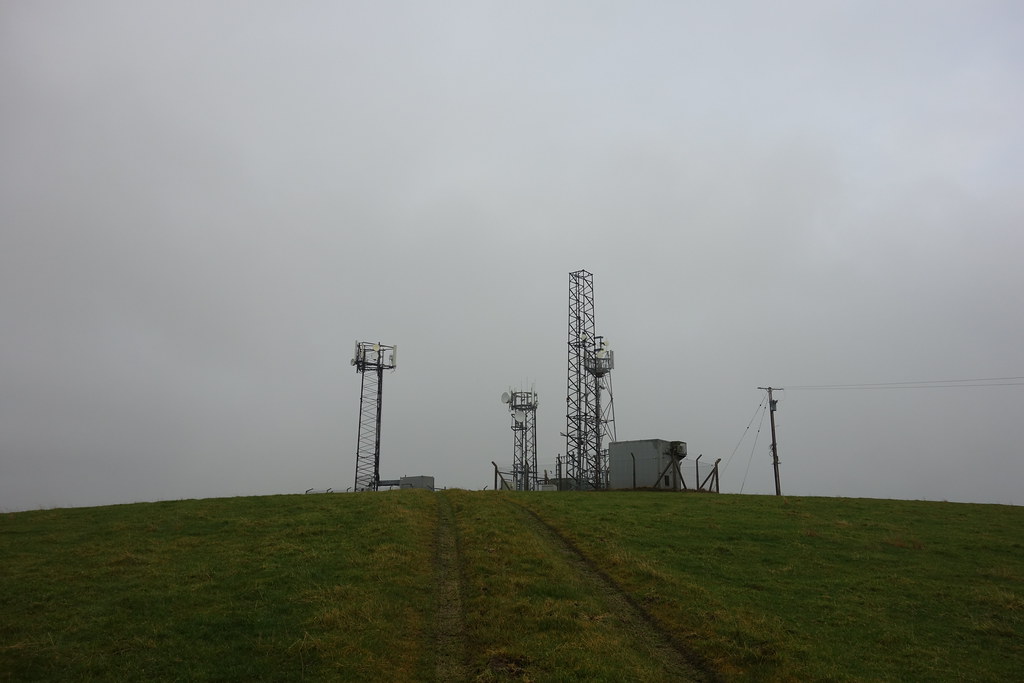 Although our summit was out of the clag, sadly not much else was, so the view weren’t exactly much to write home about. It seemed we made the right decision to stay down low 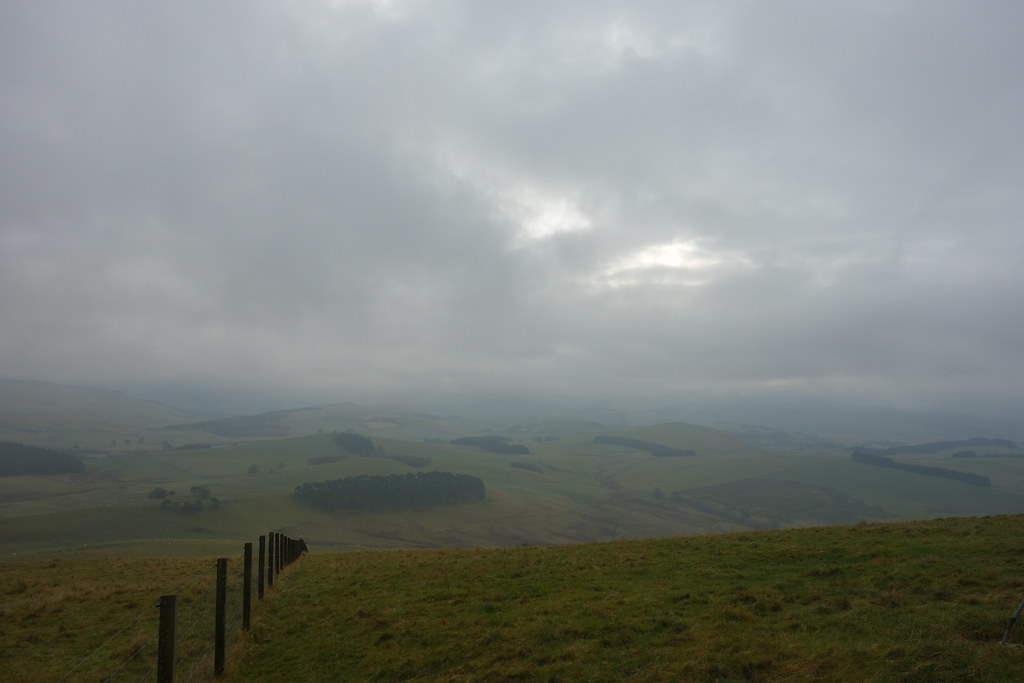 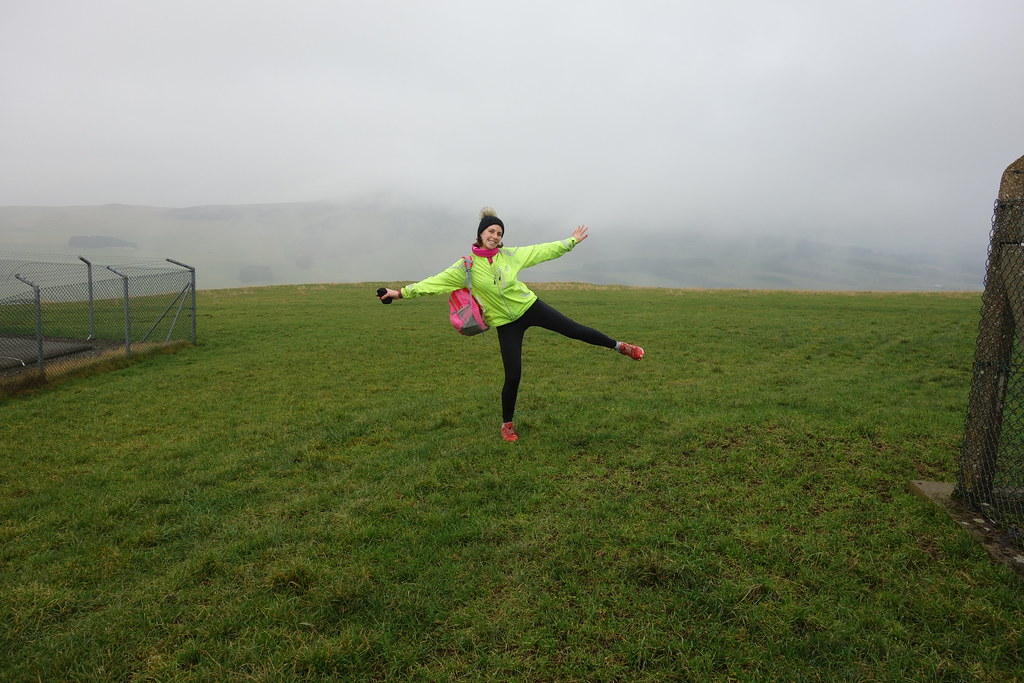 Malky has a big radio mast sticking out of his head 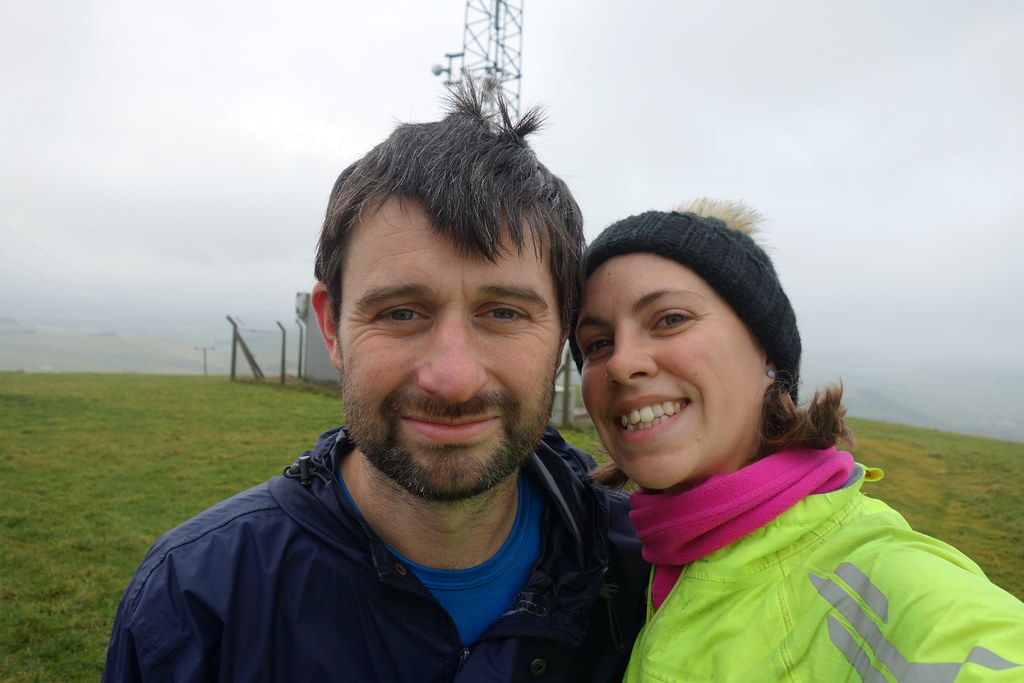 We had some sandwiches before heading back down to the bikes. A few kilometres along the main road we turned off onto the smaller road to Skirling where we had to cross an actual ford 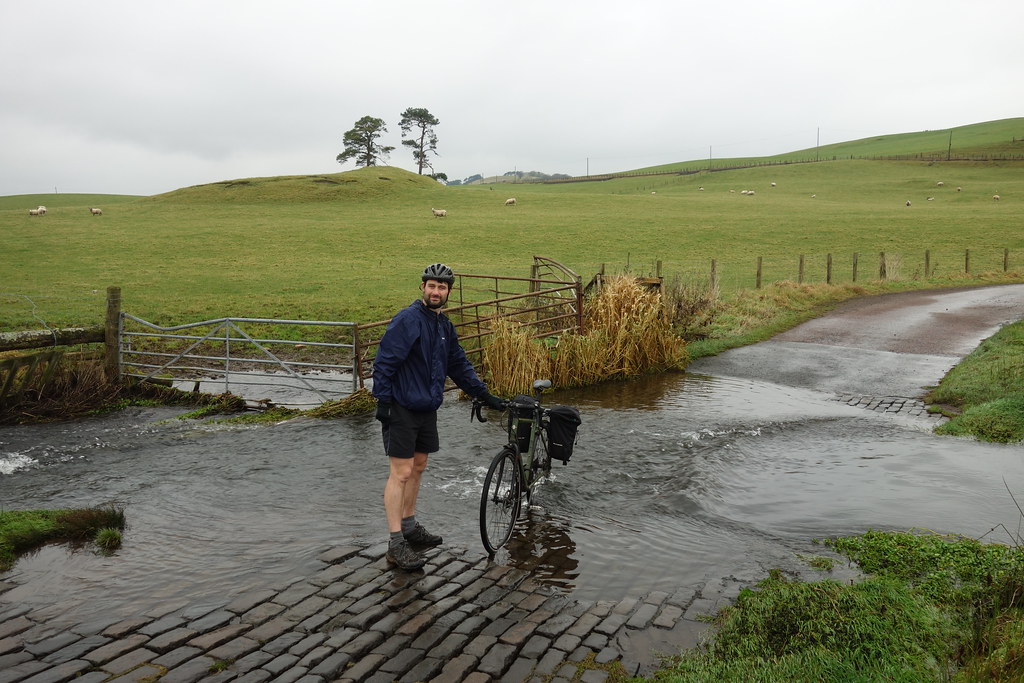 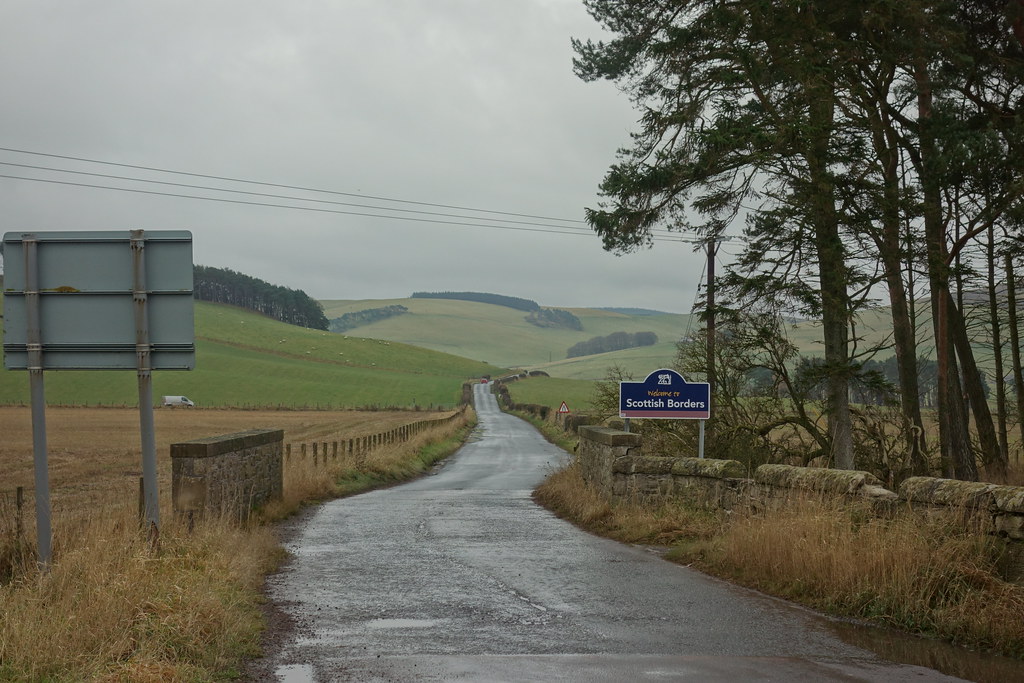 We continued towards Broughton where we did a fair amount of wiggling around in order to stay off main roads and came back around to the easy side of our next hill – Goseland hill. 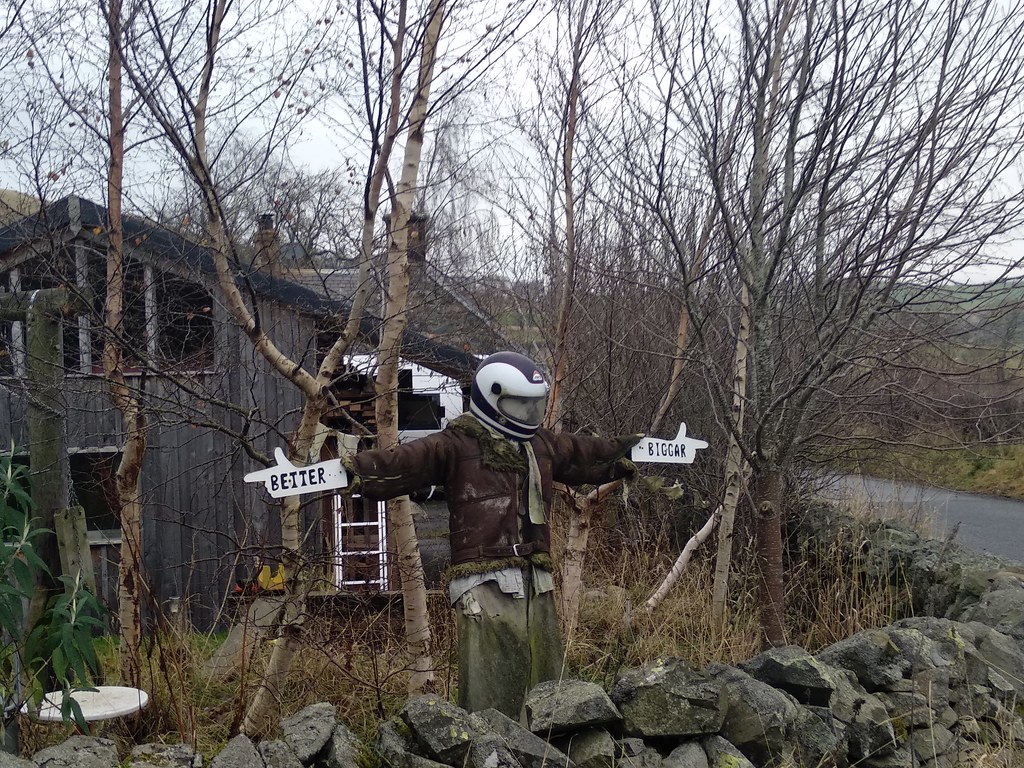 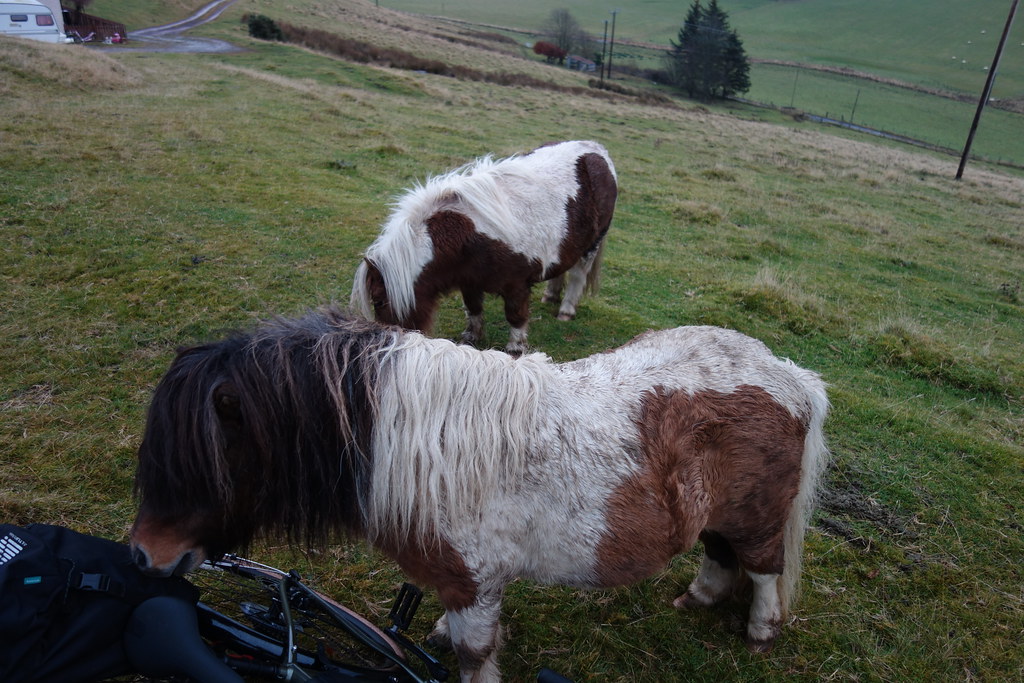 
Goseland_hill.gpx Open full screen  NB: Walkhighlands is not responsible for the accuracy of gpx files in users posts 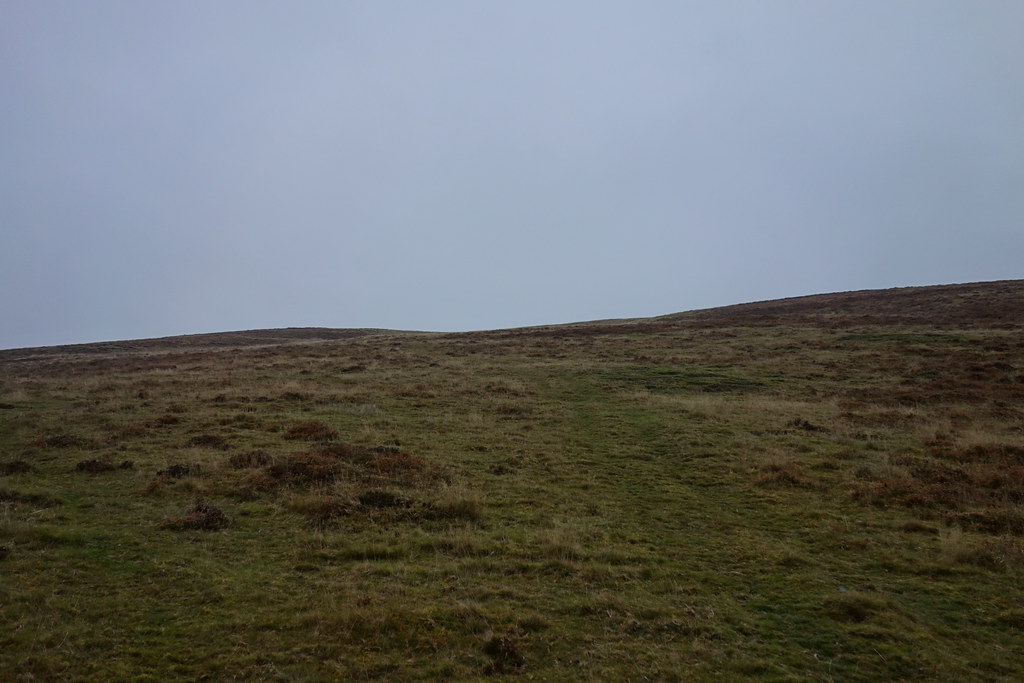 And the views weren’t too shabby either! 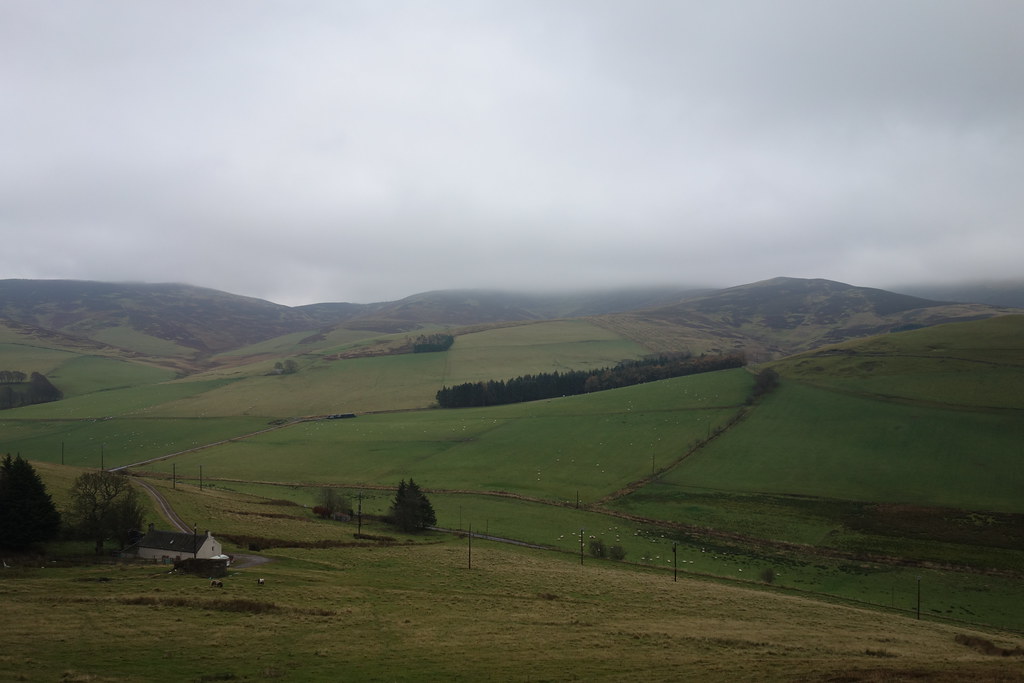 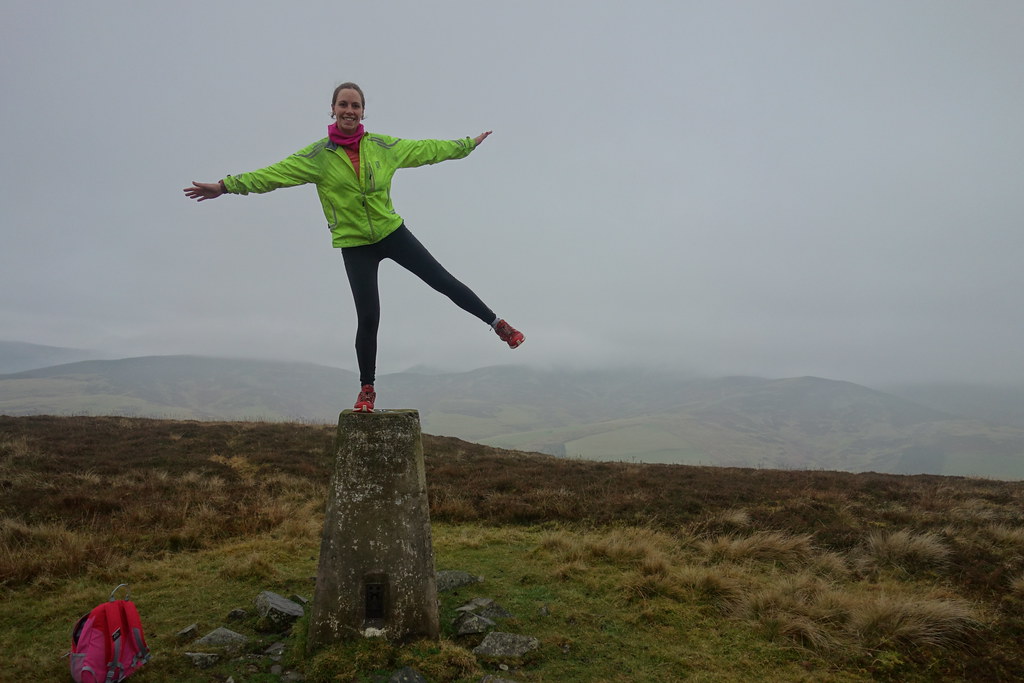 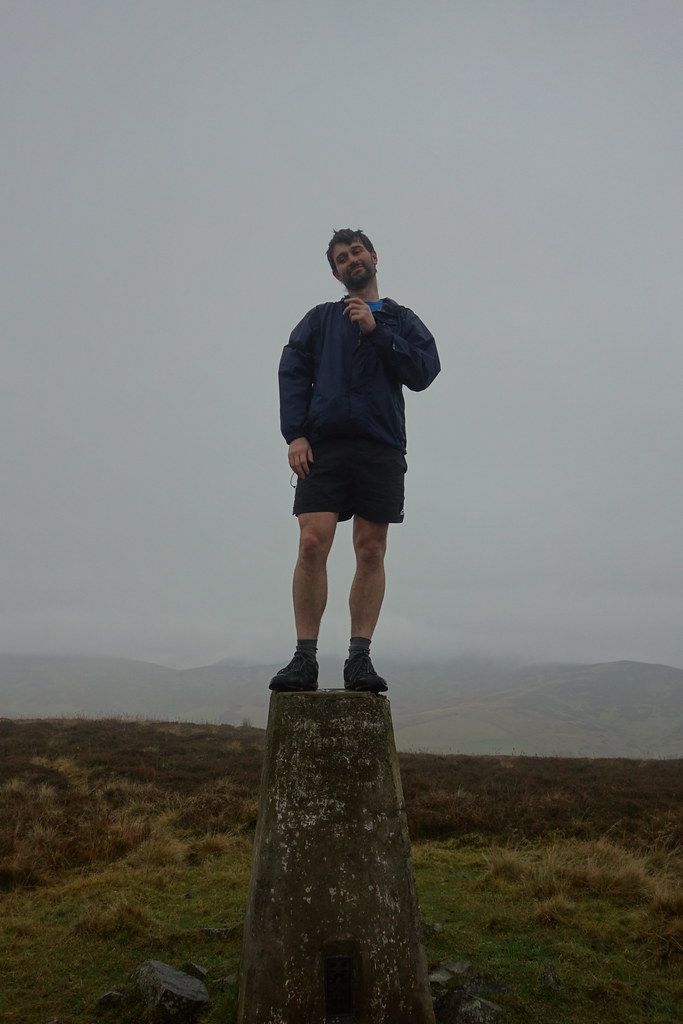 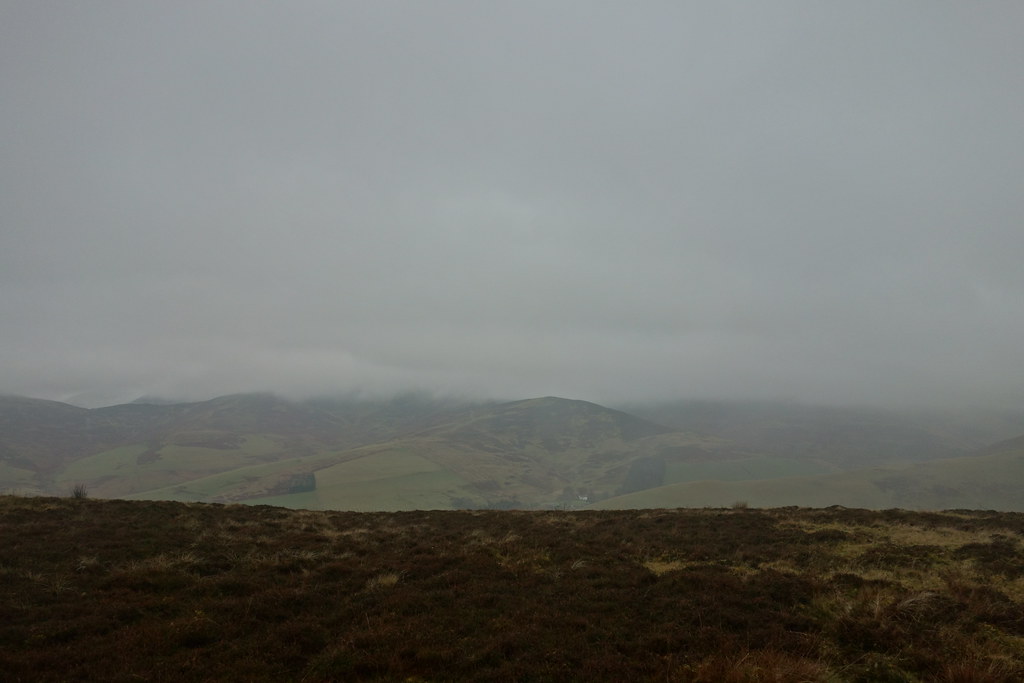 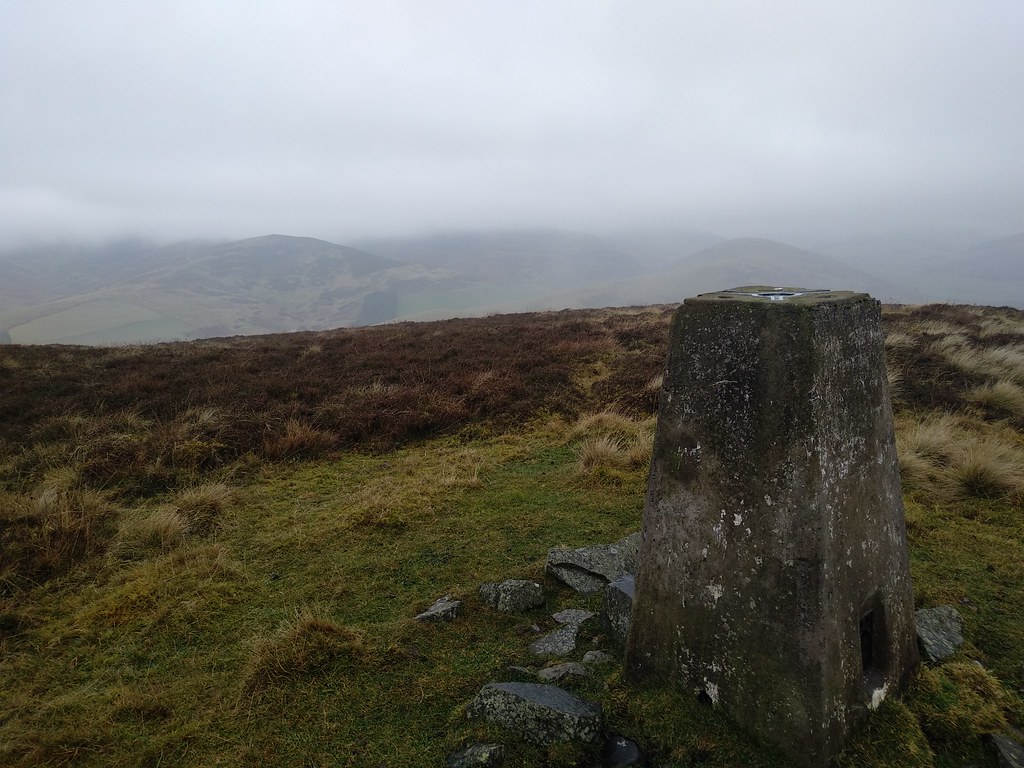 We dropped back down to the bikes – we had thought it was going to be far worse coming back down the steep grass but we got down with no problems, rescued the bikes and headed off. Malky decided that we should carry on along the track back to the road. I was sceptical but too tired to bother arguing as we cycled and then pushed our bikes through mud and gorse bushes…

Why do I listen to this idiot?! 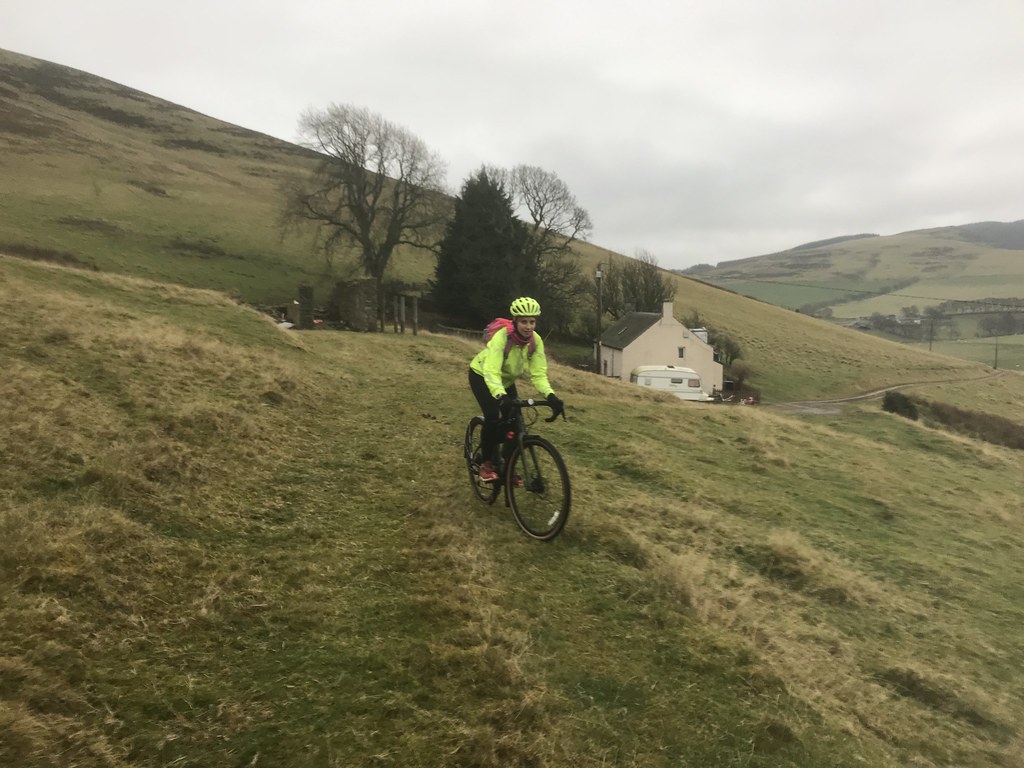 Lanark cycle.gpx Open full screen  NB: Walkhighlands is not responsible for the accuracy of gpx files in users posts