Fyne-ly back to the hills!

Fyne-ly back to the hills!


(Ha—you—and you know who you are—are not the only one who can make bad “Fyne” jokes!) We were meant to meet at Lomond Shores at 8:30, but David was late.

I’d not been up a hill for more than a month; it’s been at least several years, if not more, since I’ve had such a long break. It’s been the weather more than anything, although I’d been all ready to head to Tyndrum for some Graham-bagging a couple of days previous, but managed to easily talk myself out of it—a worryingly easy rut to fall into, and a difficult one to get out of. So I was happy that David was able to join me today—even though he was late. Not only was I looking forward to catching up with him, but I’d also have no excuse for backing out simply because I “didn’t feel like it.”

Once David fyne-ly showed up, we made our way to Hell’s Glen, taking the long way ‘round, because I don’t much like the single-track road from the Rest and Be Thankful. I’d been to the same start point on my most recent walk, with Gillian A, at Hogmanay, to climb Stob an Eas. But today, we were going up the forestry track on the opposite side of the B839, to Cruach nam Mult. We’d play it by ear, and see how we were doing, time-wise, before deciding whether we’d try and do Stob an Eas as well. We set off walking at 9:45. Have I mentioned that David was late? (OK, I’m done now, with that one.) 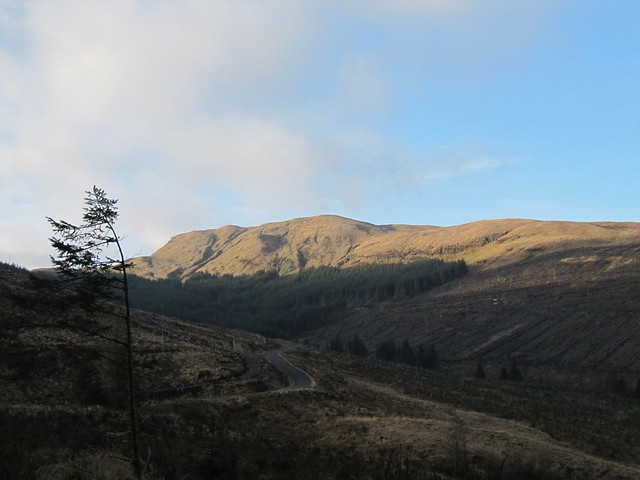 early on, a good view of Cruach nan Capull, and the shoulder above the forest, where we'd come down

We followed the forestry track for ~2km, then made use of a haulage track to start making our way up the hill; we eventually had to cross a short section of felled-tree-debris, but thereafter, it was a straightforward, although steep at times slog up grassy slopes. There were several false summits, and when we finally reached the top, we were disappointed to find it encapsulated in cloud. We did hang around for a few minutes to see if it might clear, and also checked out another top that looked to be about the same height (just to make sure the summit was well and done), but although we caught the briefest glimpse or two of the surrounding area, the cloud wasn’t inclined to budge. Much. 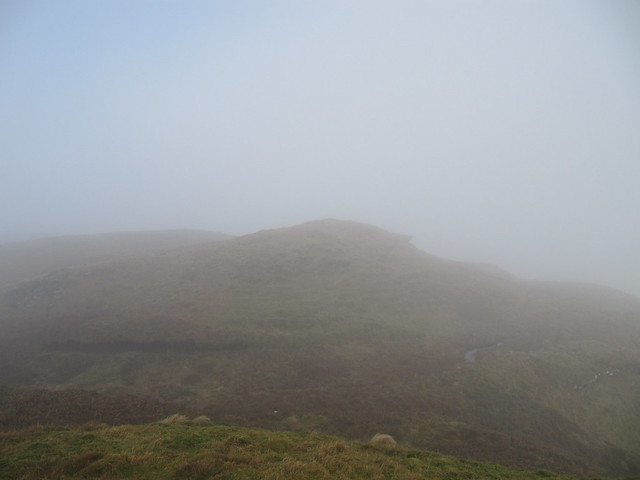 no much to see at the summit of Cruach nam Mult 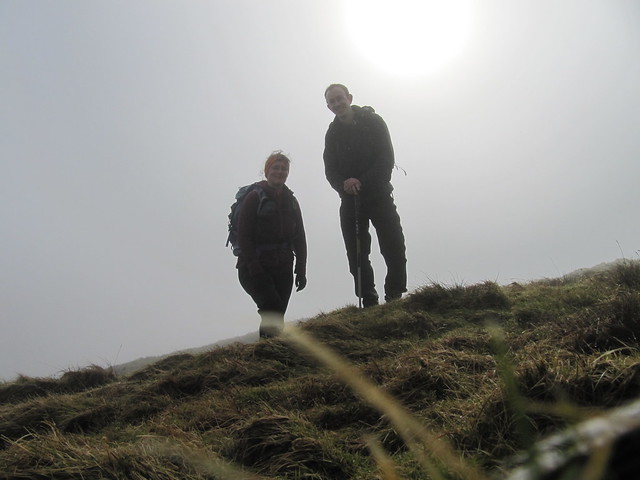 but of course we did a selfie anyway 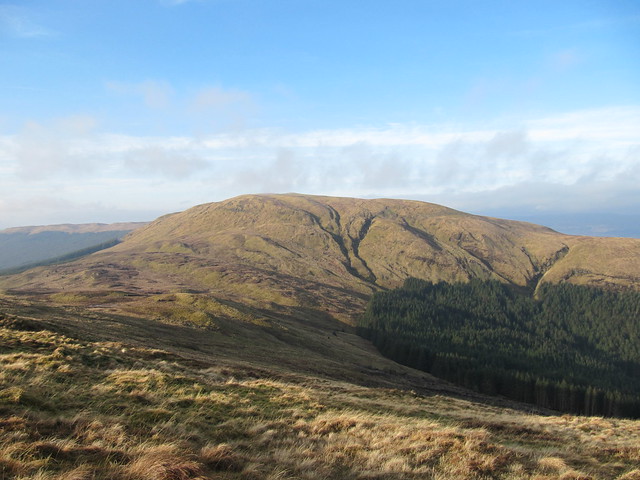 it's nicer over that-a-way

As we started making our way down, we chatted about several options for extending the outing, and eventually decided to make our way up Cruach nan Capull—a summit that looked rather enticing from where we were—and then down its shoulder back to the forestry track. From this top, we had nice views—some might say “fyne views”—across the loch to Inveraray, over to the now-wind-turbine-adorned Beinn Bhuidhe, and over to some misty and identifiable (to me) Cowal Grahams. 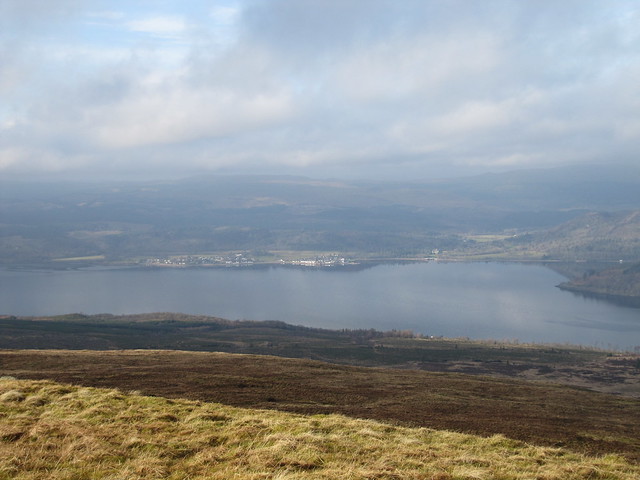 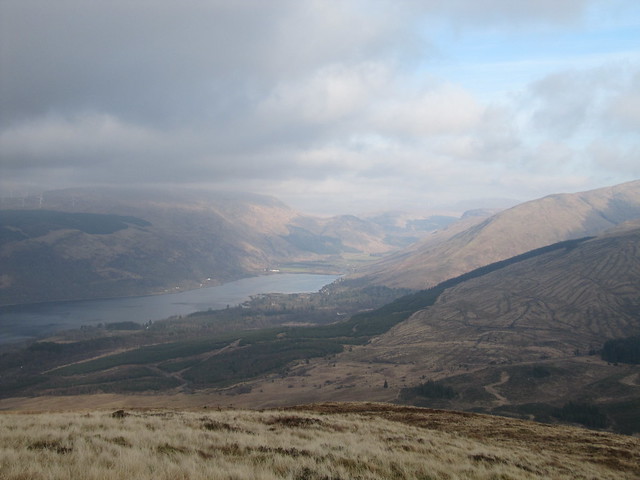 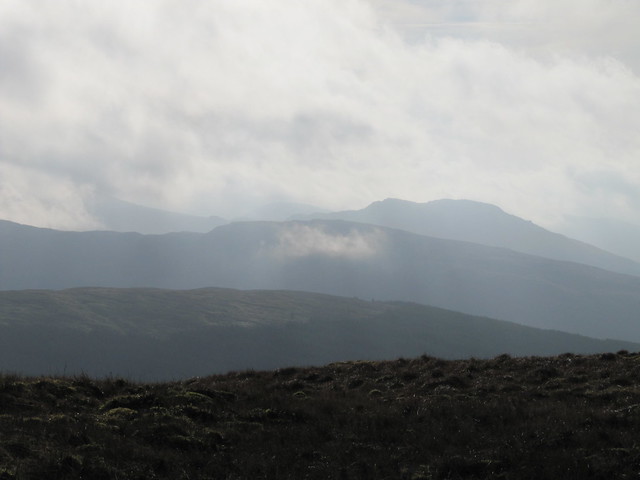 We were back at the car just before 2pm, thus ending a rather satisfying winter’s day outing after a long drought.