A break in the weather was all the encouragement I need to plan one of my traditional cycle/walks less than an hour from the house. I had my eye on Mhic Mhonaidh for a while, but had held off due to the usual access route through the forest having been closed for an extended period.

Packing crampons and ice axe, as a precaution more than expectation, I loaded my mountain bike with the plan of ditching it beside the forest tracks before the paths narrowed towards the open hill.

After an initially steep, though pleasant cycle from the car park at Glen Orchy, a few rattly sounding gear chains preceded sickening clank as the chain snapped. After a brief pause to 'calmly assess the situation' (swear and shout), I decided this was by no means a show stopper and that the return to the car park would at least be an easy freewheel most of the way. Initial irritation was replaced by relief that it had happened here, rather than cycling into a more remote location, where it could have been an actual problem!

After ditching the bike in the buses and carefully marking it as a GPS location, I plodded on up the track to find that I was in some regards lucky as I would have had to leave the bike not far from this point anyway, due to the forestry track changing to a narrow path.

After a pleasant walk through the forest and fording a couple of burns, I reached the gate in the deer fence, where the open hill started. After a quick cuppa the ascent of the hill was started in earnest, following the faint hill track as described in the WH guide. Expecting it to be far colder I had put my winter thermals on and had cursed them most of the way through the forest as the mild February had my pouring sweat. Gaining altitude, I was glad of them and soon regained layers.

The cloud meant visibility was poor most of the way, but as I approached the top all of sudden I was treated to brilliant clear views...at 3 second intervals! I suspect I was right at the top of a cloud inversion and if I had climbed something 50m higher visibility would have been perfect.

After making my way across some minor patches of snow, I found the summit cairn, and perhaps a little surprisingly for a midweek Corbett, 1 other walker! We briefly chatted, in a manner that suggest we would both have been less surprised to meet a panda that day, before she continued on her way down. (I walked the South Glen Shiel ridge last year, without seeing anyone else. I sometimes wonder whether numbers in the hills have peaked).

After trying to get a few photos, I returned via the same route, where Ben Lui finally revealed itself in snow capped glory.

On relocating my bike I was able to 'scoot' balance bike style back to the start. 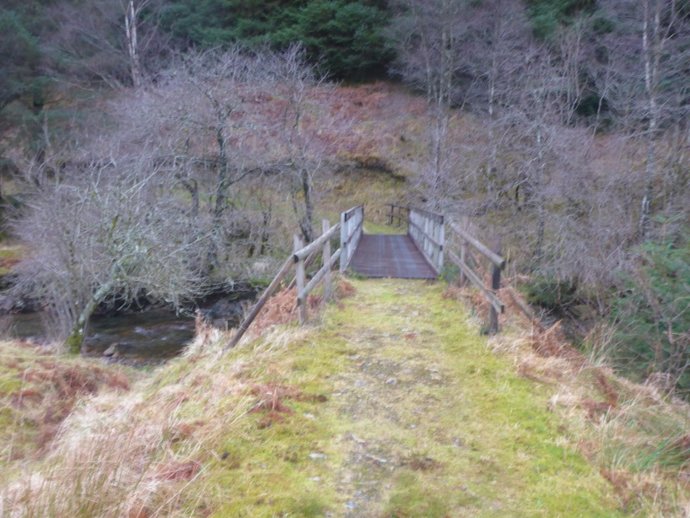 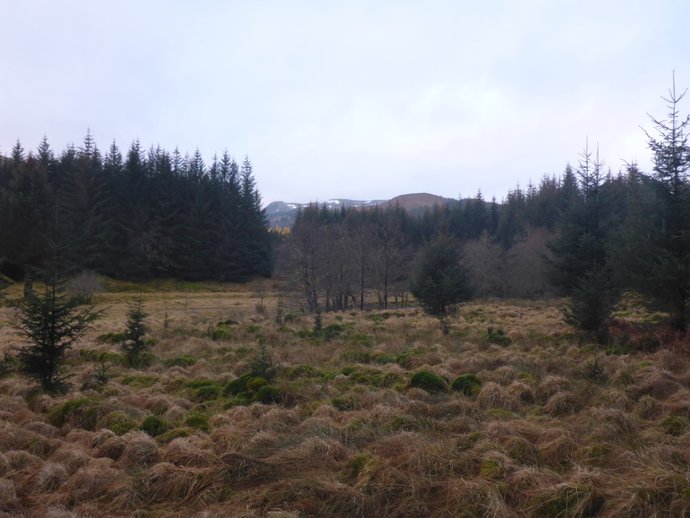 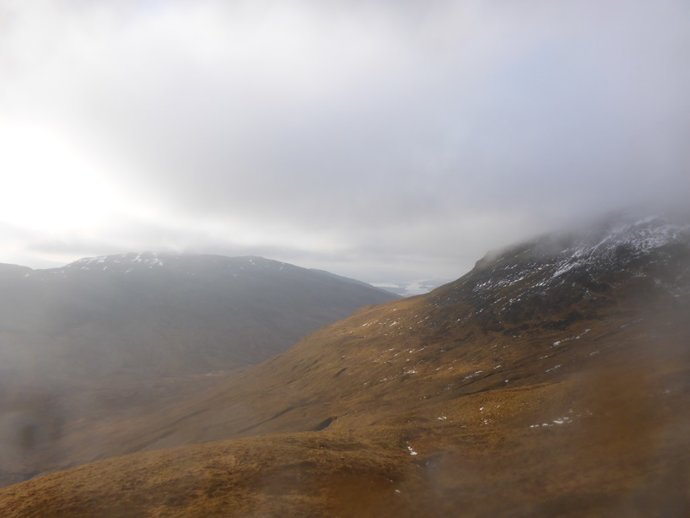 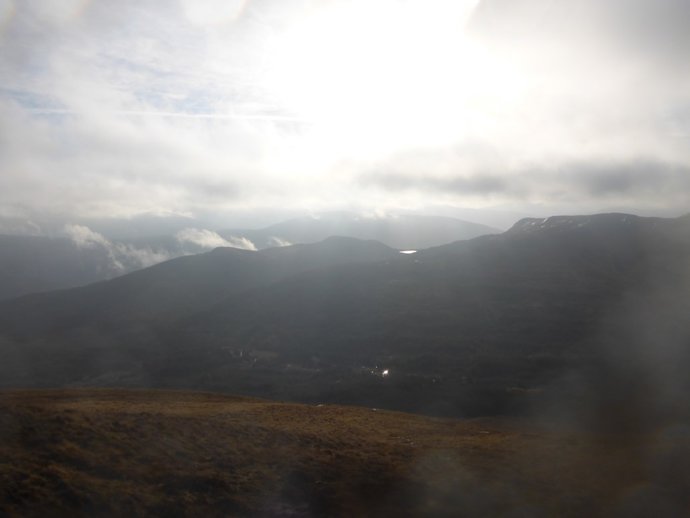 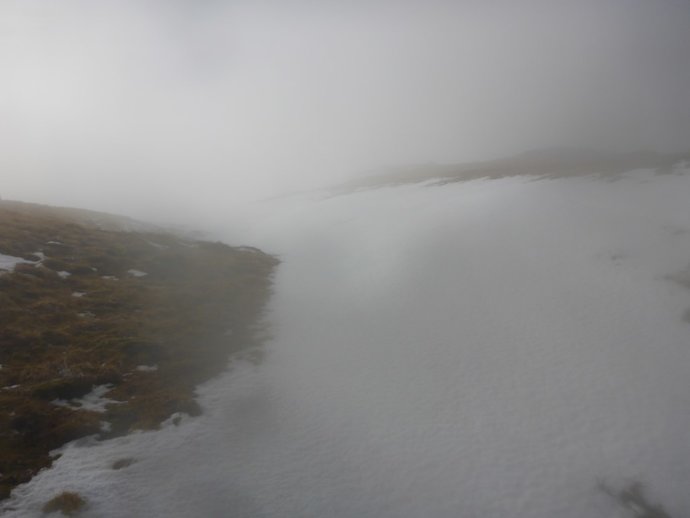 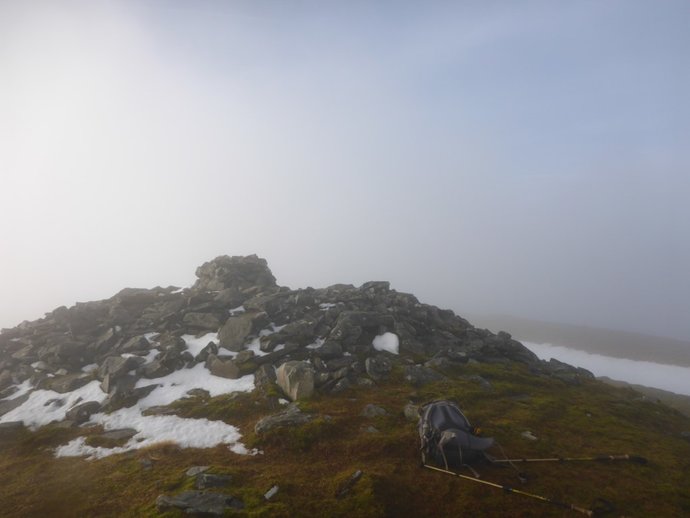 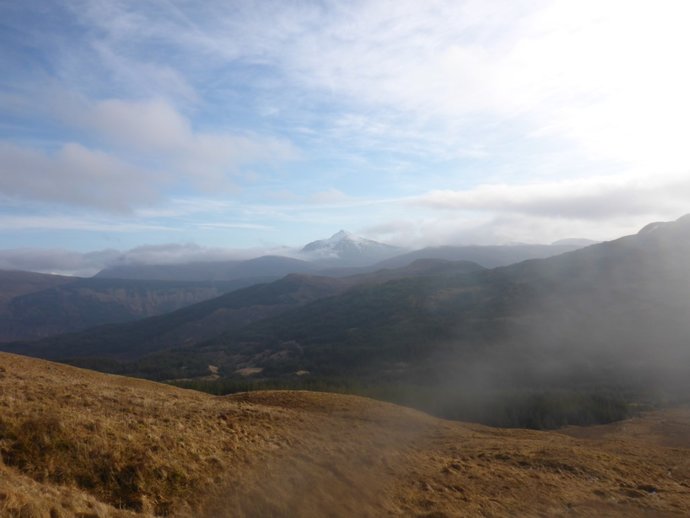