A Choise for Storm Ciara

A Choise for Storm Ciara


A badly timed trip to the West Highlands if ever there was one, but Karl and me were booked into the newly refurbished Glen Nevis youth hostel for five nights and didn't have the heart to cancel.

Sunday 9th had been a total write-off with gales and torrential rain, and though the forecast for Monday wasn't much better - winds 50 - 80mph at Munro height and very frequent wintery showers with possible thunder - we were getting bored sitting around twiddling our thumbs. Trying to be sensible we decided against going higher than Graham height and settled on Sgorr a' Choise and Meall Mor from Ballachulish, which looked a good walk.

And so it turned out to be. Conditions were gnarly at times but never as bad as expected and with enough clear spells to keep the visual interest up. We half expected problems crossing the River Laroch to get to the col SW of Sgorr a' Choise, but with a bit of searching we found a stretch that was shallow enough to cross without removing boots. Sgorr a' Choise from the entrance to Gleann an Fhiodh Sgorr a' Choise from further up the glen 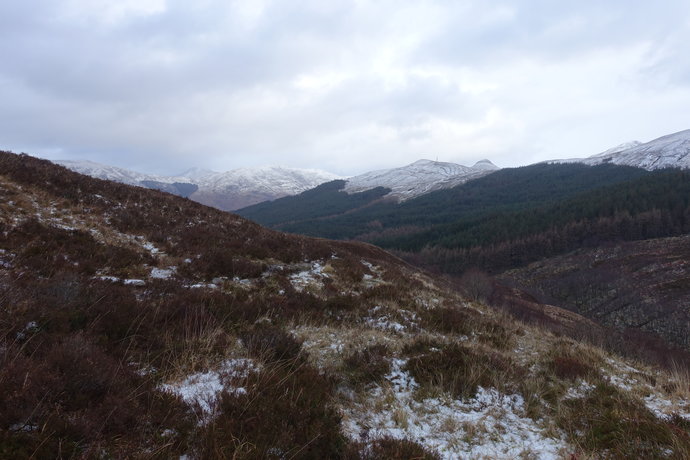 Back down glen with Pap of Glencoe peeping up. Sgorr Bhan from the col The ridge leading to Sgorr a' Choise 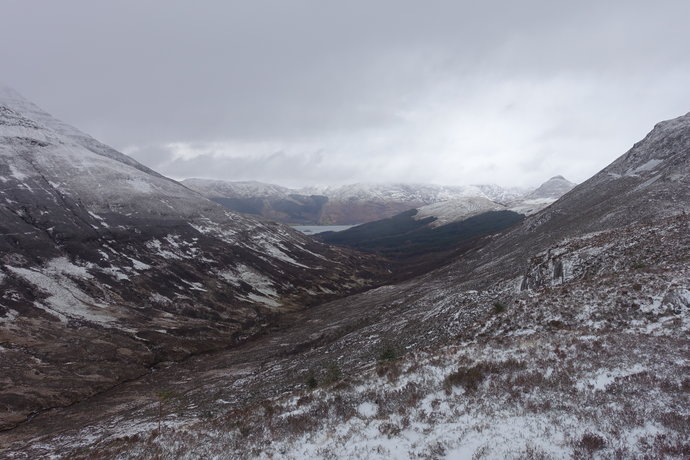 Looking down Gleann an Fhiodh to Loch Leven Meall Lighiche up in the clag somewhere 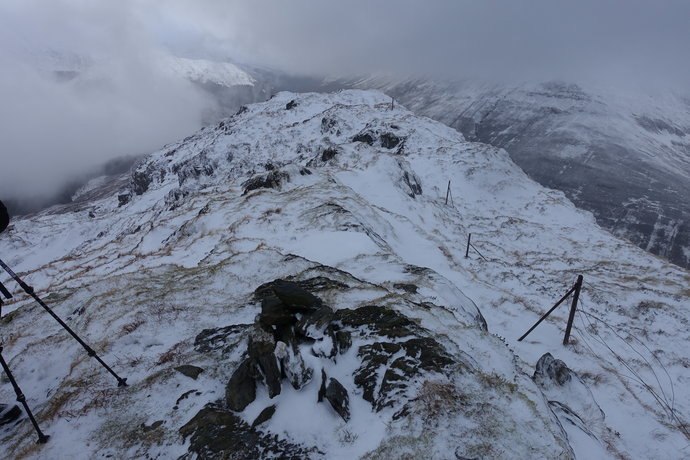 Summit of Sgorr a' Choise Looking back to Sgorr a' Choise Aonach Dubh a' Ghlinne and Bidean in the Clag Looking west along the ridge of Meall Mor The mast on Am Meall Sgurr a' Choise and Sgorr Bhan Back at the yoof hostel later that evening, news broke that four ill-equipped young folks had been rescued off the Ben. Incredulous comments circulated in the lounge - no map, three of them wearing trainers, 'did they not see the forecast?', etc. Luckily the Lochaber MRT had got to them in time; a few hours later and they'd have perished. I tried to imagine how terrified they must have been.

"I'll bet there'll be a thread on Walkhighlands about this before long", we thought

Re: A Choise for Storm Ciara

Looks like you got a quarter way decent day, especially given the forecast. Sgorr a'Choise looks superb in the first pic. And I'd never heard of it

Re: A Choise for Storm Ciara

Alteknacker wrote:Looks like you got a quarter way decent day, especially given the forecast. Sgorr a'Choise looks superb in the first pic. And I'd never heard of it

Thanks AK. Yes it was a surprisingly enjoyable day despite the frequent, squally sleet & snow showers - I think we made the right decision to stay relatively low. Actually AK, before leafing through the SMC guide to the Grahams & Donalds looking for ideas the preceding night, I'd never heard of Sgorr a' Choise either! In fact there are an awful lot of Grahams out there that I'm completely ignorant of