After what seemed like weeks of rain, Thursday dawned frosty but, as forecast, by late morning bright sunshine tempted me out to the Pentlands only a half hour drive away.

I started from Threipmuir car park with the intention of heading up Hare Hill to revisit the memorial at the German WW2 bomber crash site. Heading towards Redford Bridge at midday.

There was a thin covering of snow on the road and, as I neared Hare Hill I found the track past it had been remade with the burns culverted - a welcome improvement. 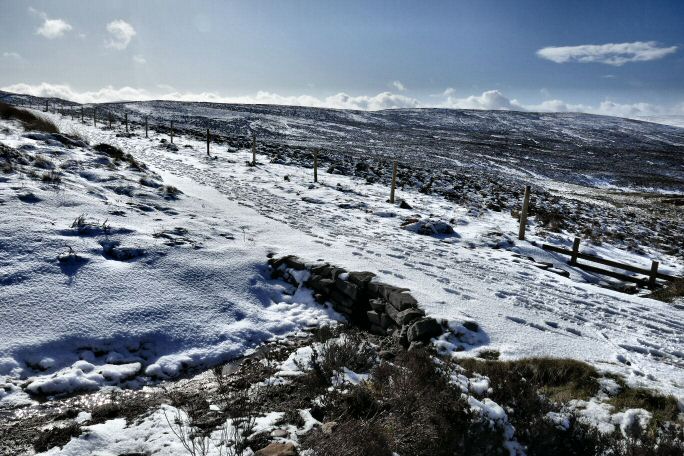 The improved track and one of its culverts.

Curious to see just how far the improvements had gone I changed destination. They went as far as Red Gate. Wondering if the churned-up track left by forestry operations further on that I'd seen in March 2019 had been repaired, I carried on and found the muddy morass had been replaced by a solid track. The restored track with West Kip beyond.

Having gone that far I continued on over the Kips meeting a strong cold wind on the ascent and clouds of spin-drift whistling past as I descended the deeper snow to their east. A trail of footsteps led me down into the valley - very useful for avoiding deep snow and showing where streams were flowing under the snow. The track through Green Cleugh and back to Bavelaw Castle was much the same as last time and very obviously had been well used that morning.. 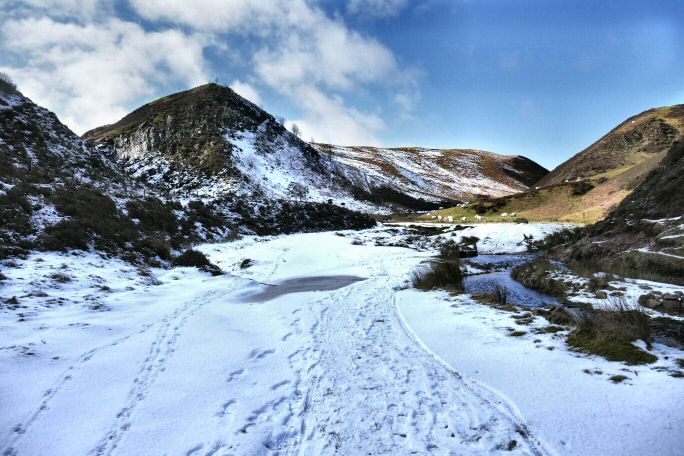 Green Cleugh ahead with the tracks showing how popular a route it is.

With the sun still shining I found the road from there back to the car was now snow and ice-free. I sat and ate my lunch in the shelter of the car as more cars arrived and left and a minibus unloaded a group of children who set off along the track. A popular starting point even midweek with 12 to 20 vehicles there.