An obstacle course in the Eastern Ochils

An obstacle course in the Eastern Ochils

We were off to a ceilidh near Perth this weekend, and had decided it would be a great opportunity to head up to Loch Tay on the way out for some walking. As usual, the weather and large amounts of deep snow around didn't really inspire this, so we decided to enact our backup plan - some of the smaller hills in the eastern Ochils. We set off late and didn't reach Glendevon until after 11:30am.

There may be more interesting ways to go up this hill and make something of a circuit, but a straightforward up and down of the windfarm track was exactly the sort of lazy, thought-free route we required at this moment. The drive up Gleneagles and down Glendevon had been pleasant - neither of us had been down this road before. We parked on the junction where there was plenty of space and got a fairly swift move on up the track.


SK.gpx Open full screen  NB: Walkhighlands is not responsible for the accuracy of gpx files in users posts 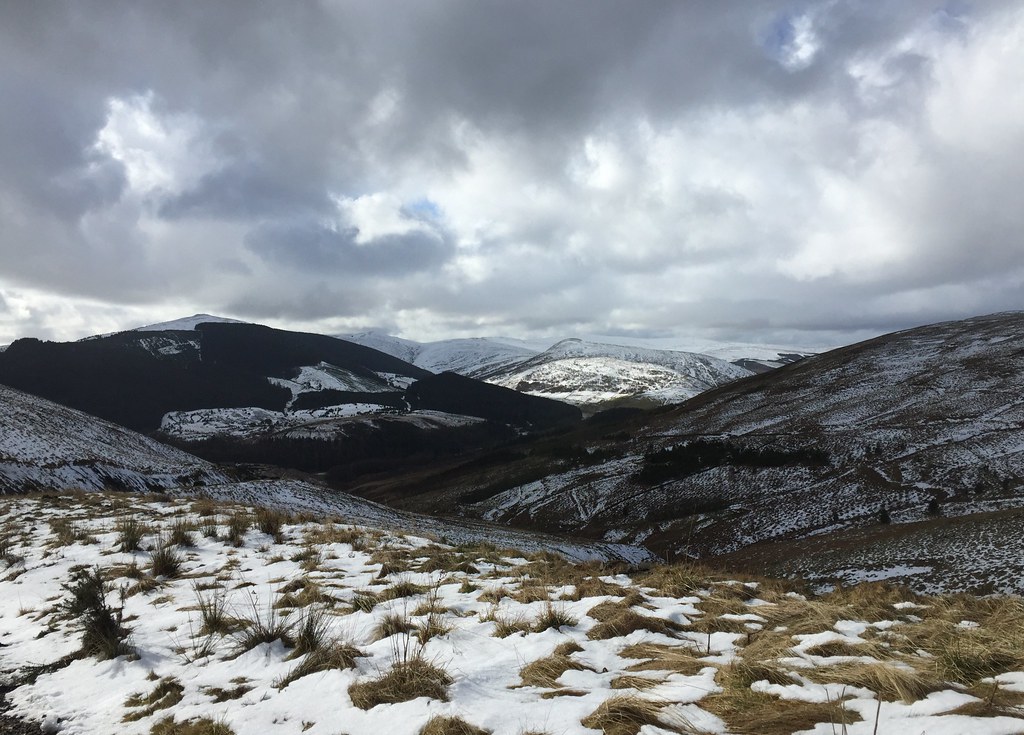 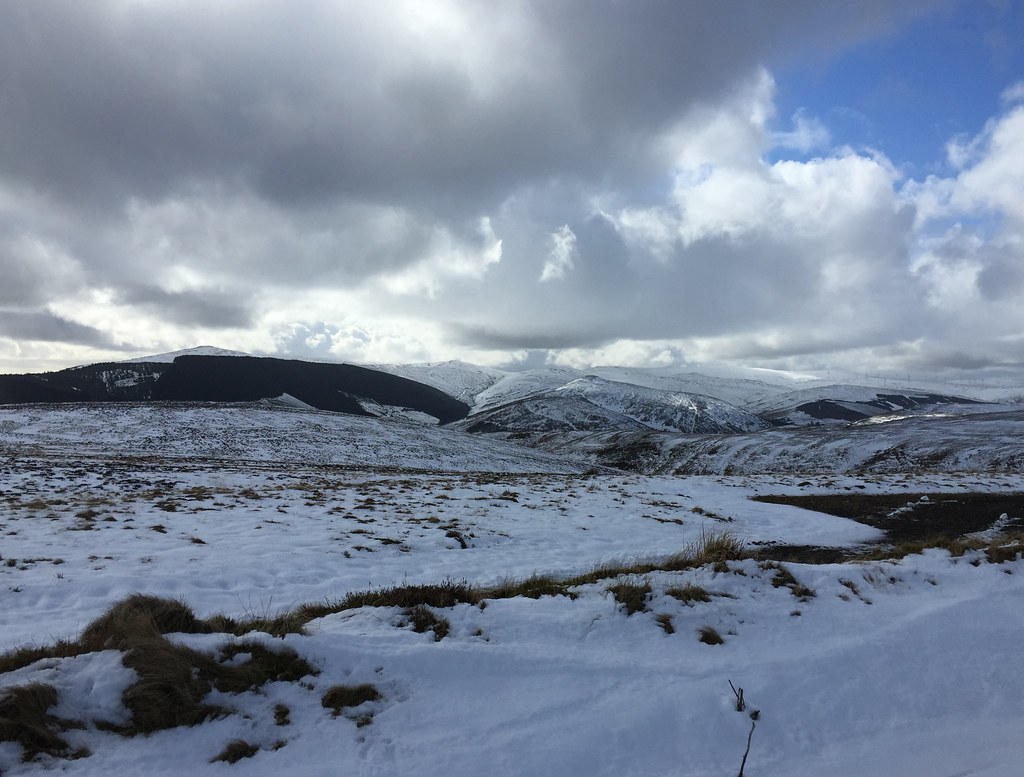 The track comes out on the plateau some distance from the summit of Steele's Knowe, but it continues over the tops in that general direction, finishing only a few minutes from the trig point. It was breezy up high and as we got closer to the top, there was some soft snow to wade through on the last bit of track. 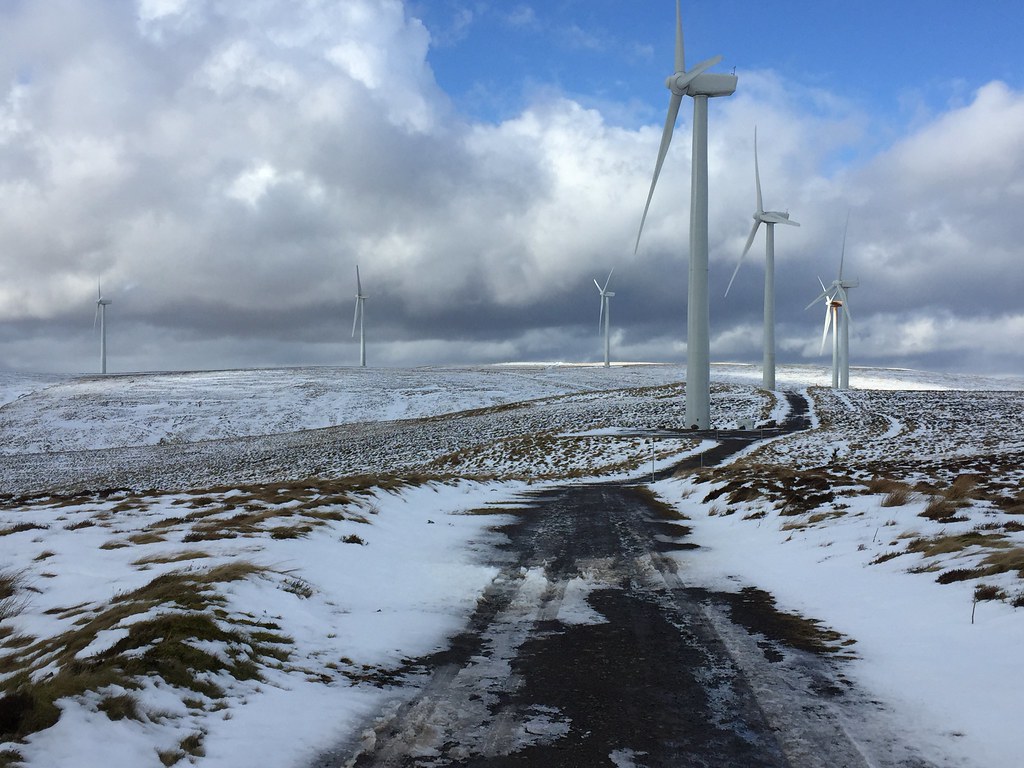 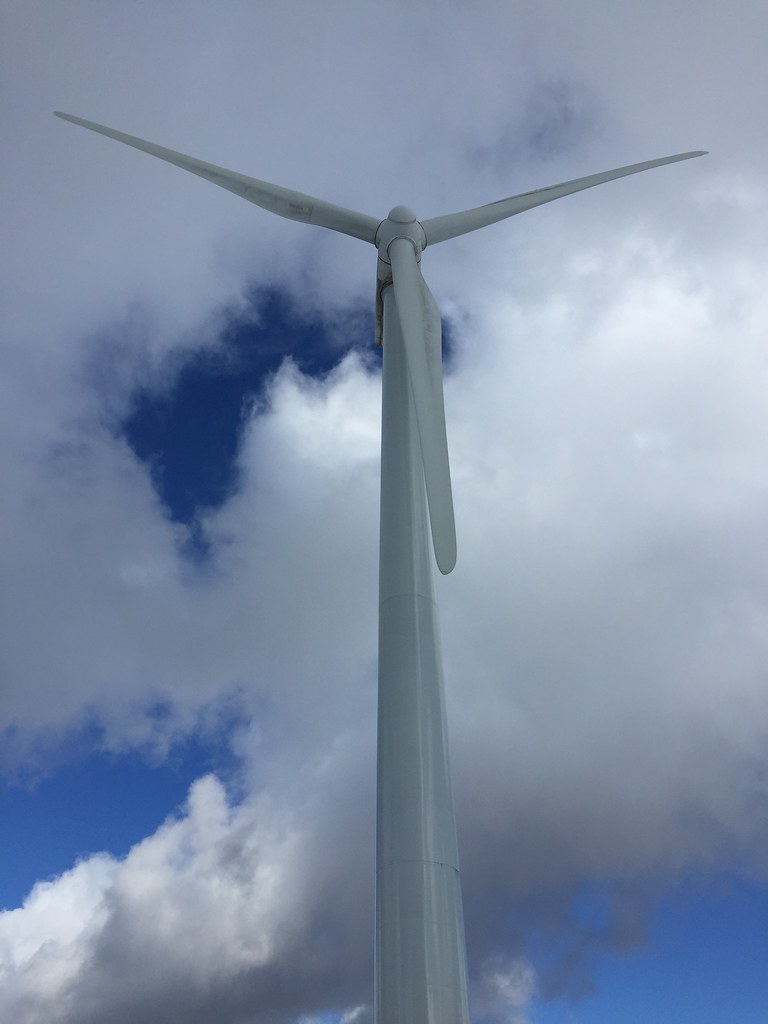 We passed by a couple near the trig point who looked dressed for the Arctic, and seconds later were at the top ourselves. The big hills were in the clag as expected (so no regrets for not going over to Loch Tay), but there was sunshine on us - couldn't complain! 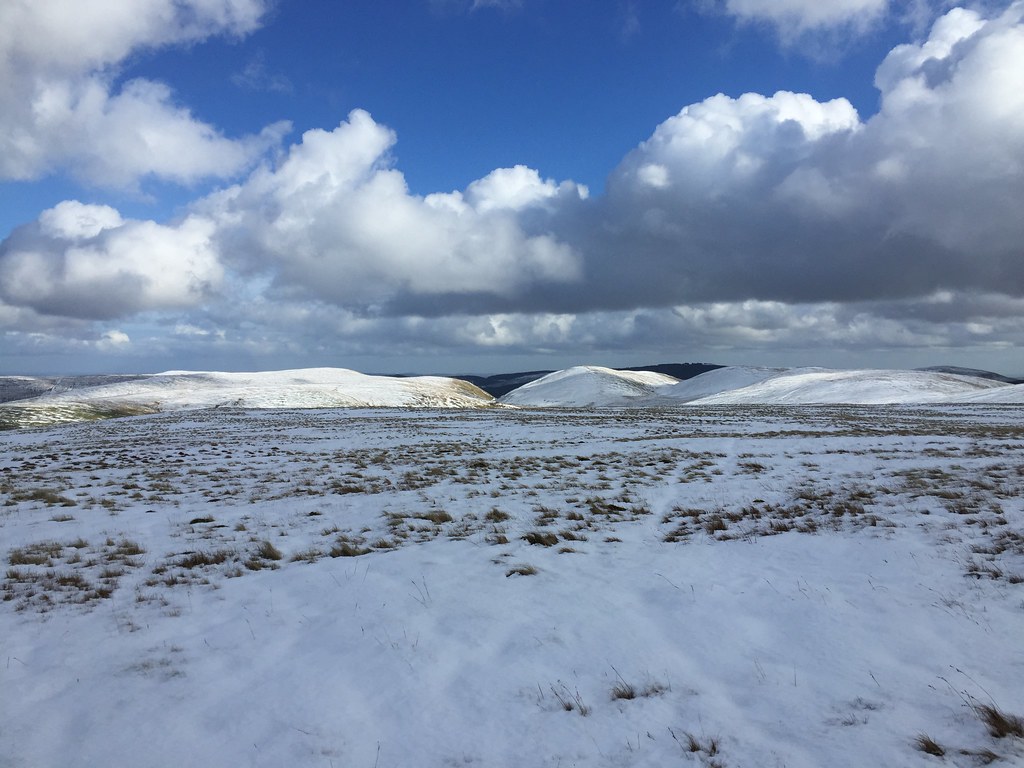 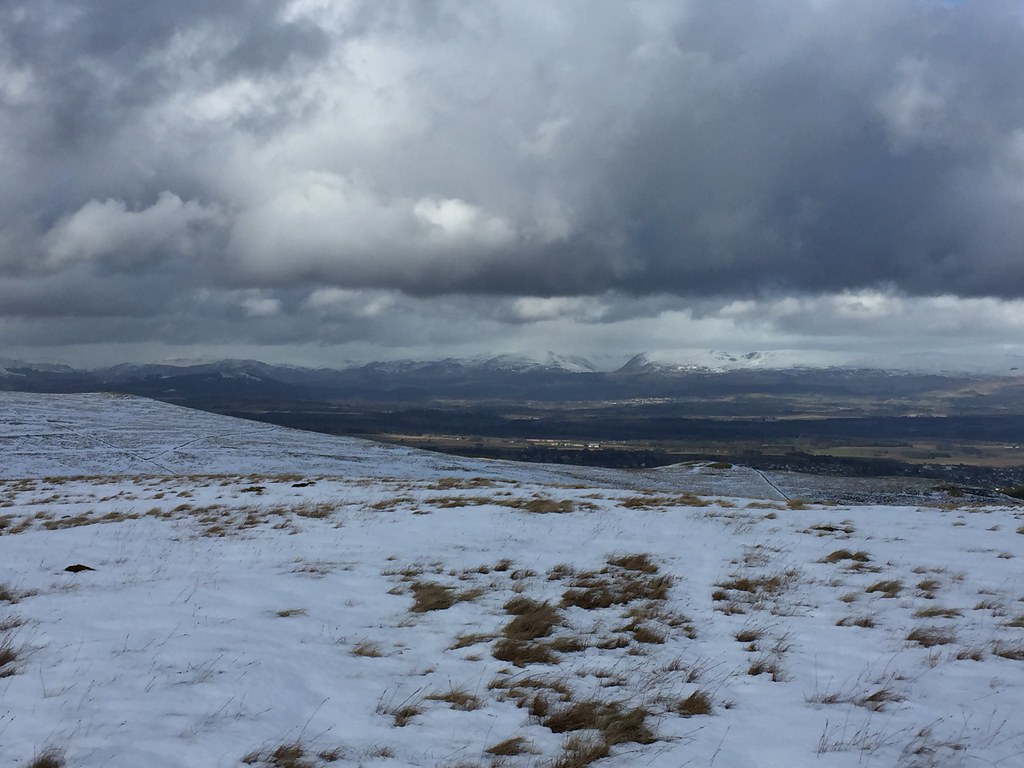 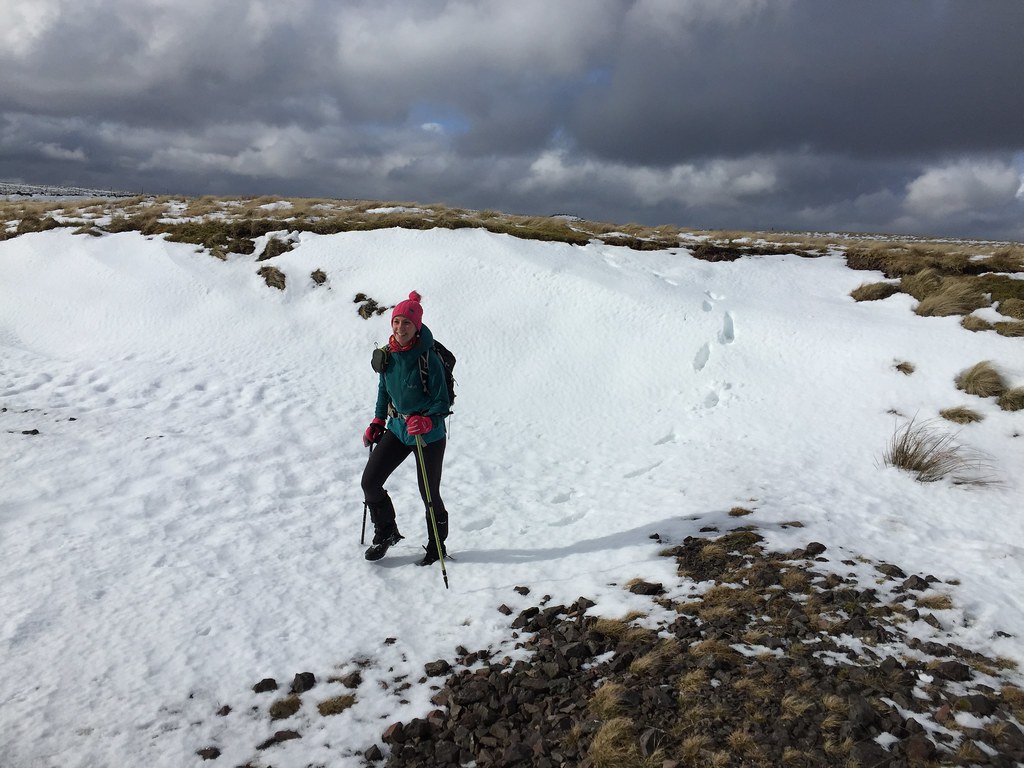 We reversed our route back to the car, with nice views into the east side of the high Ochils on the last descent to Glen Devon. 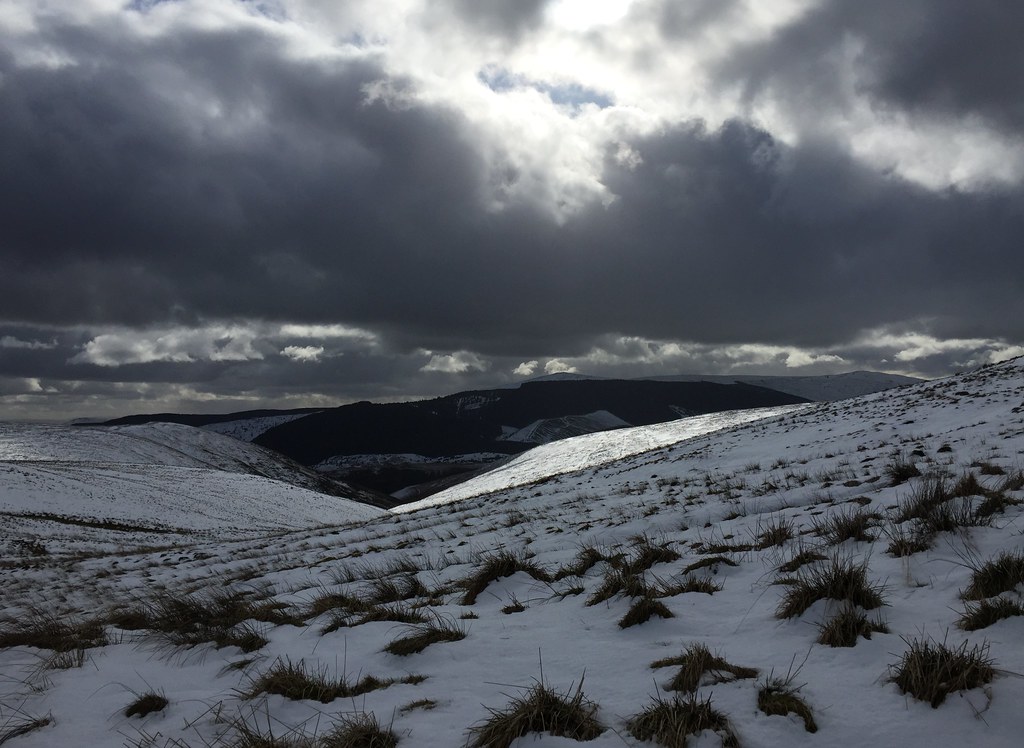 Nice light on the descent 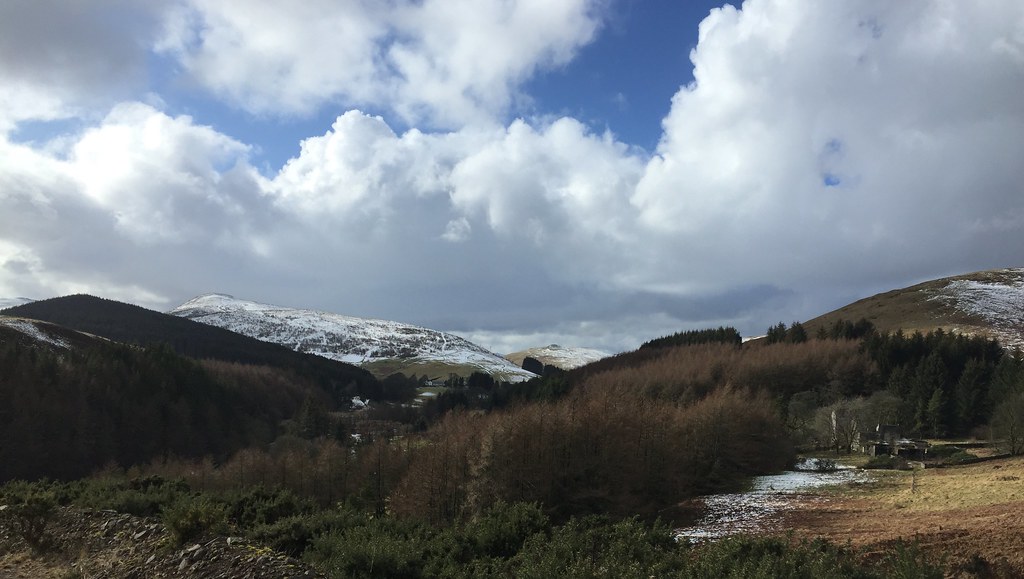 We fancied that we had time for another hill before the ceilidh, but would it be Lendrick or Innerdouny? Lendrick looked straightforward, so after a short drive round to the forestry track, we made another rapid ascent. The first zigzag of the track leads almost to the edge of the forest, so we took this opportunity to follow the edge up rather than the track. We couldn't get over the deer fence low down, but after an initial squishy section there was plenty of room inside the fence, and the walking was easy.


LH.gpx Open full screen  NB: Walkhighlands is not responsible for the accuracy of gpx files in users posts 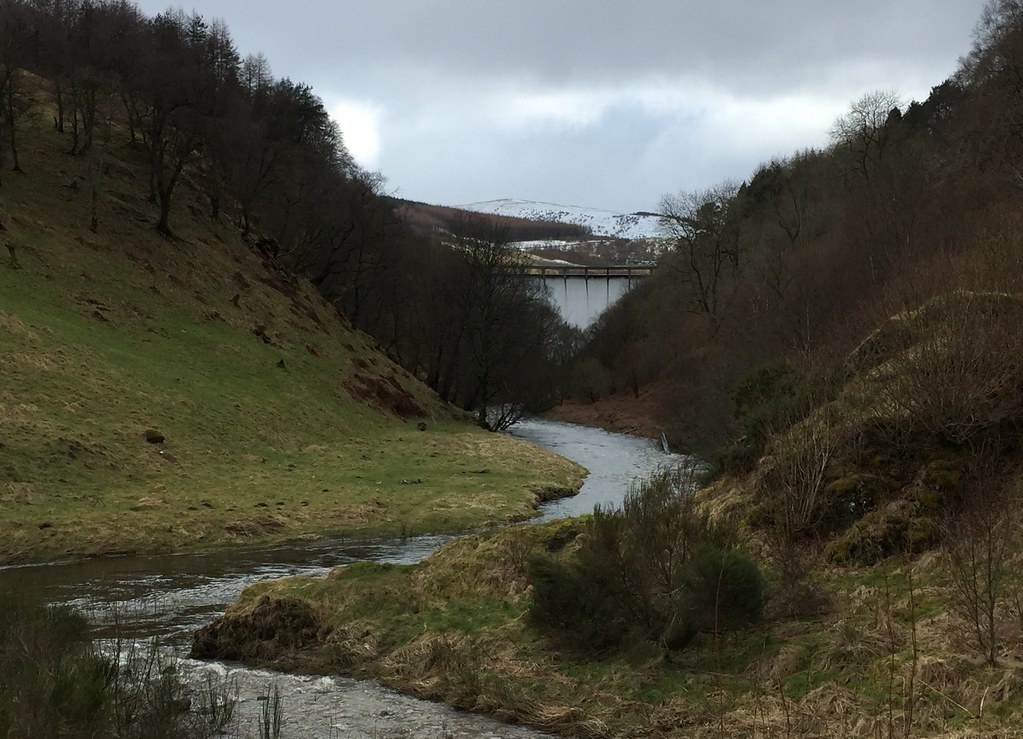 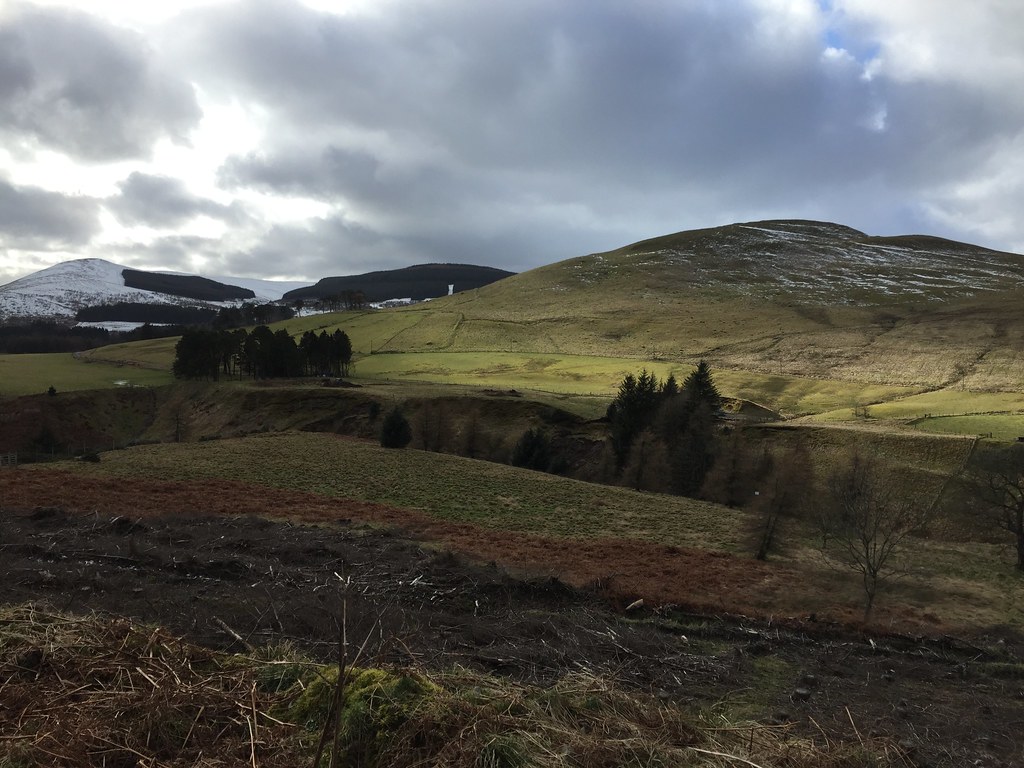 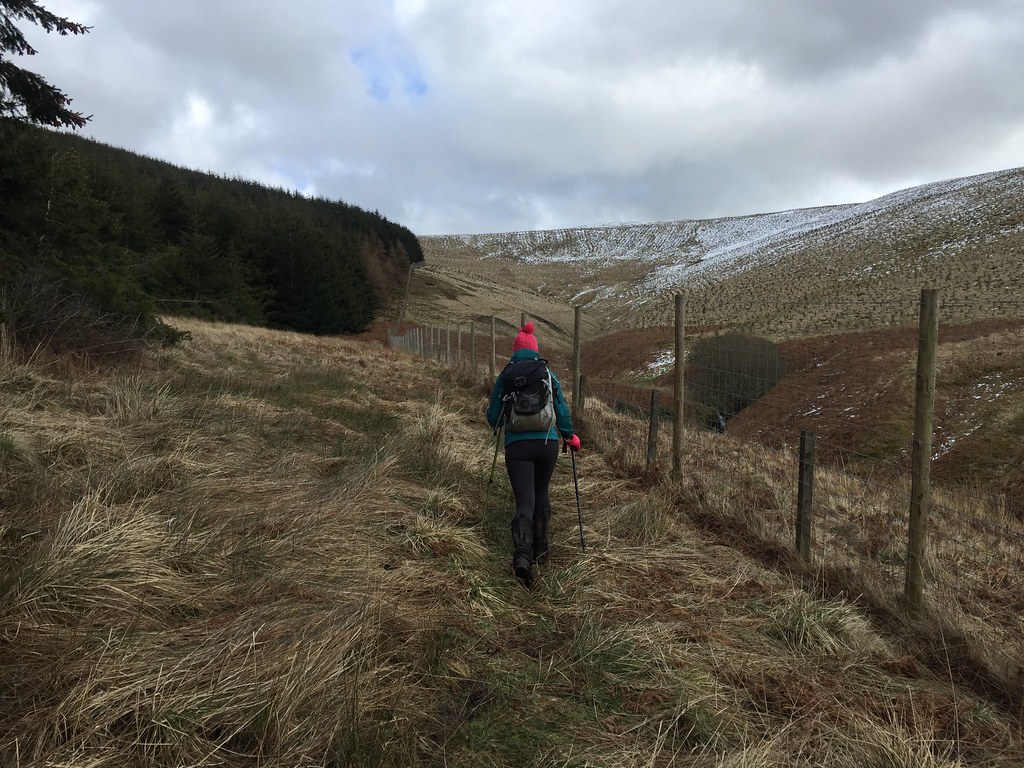 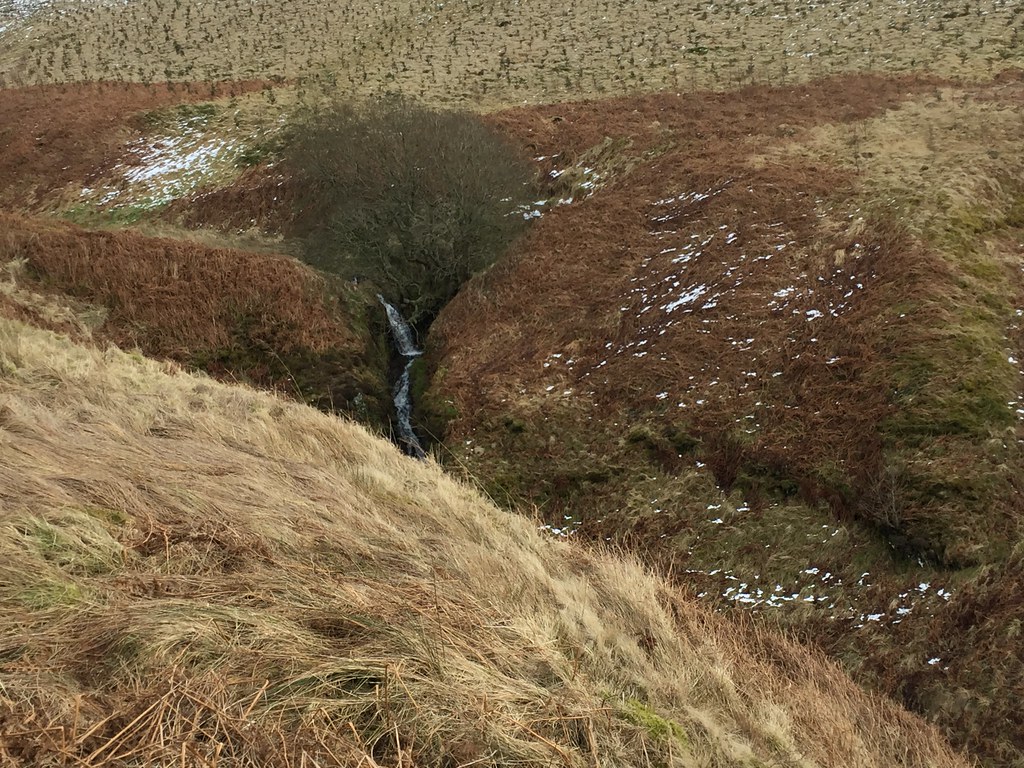 Small waterfall on the ascent

At a fence junction, we climbed over the higher of two gates which took us out onto the moorland. I wasn't sure how far we had left, but only a couple of minutes later we were at the summit cairn, with great views over to the Lomonds, Loch Leven and the Forth. The trig point was a little lower to the south. 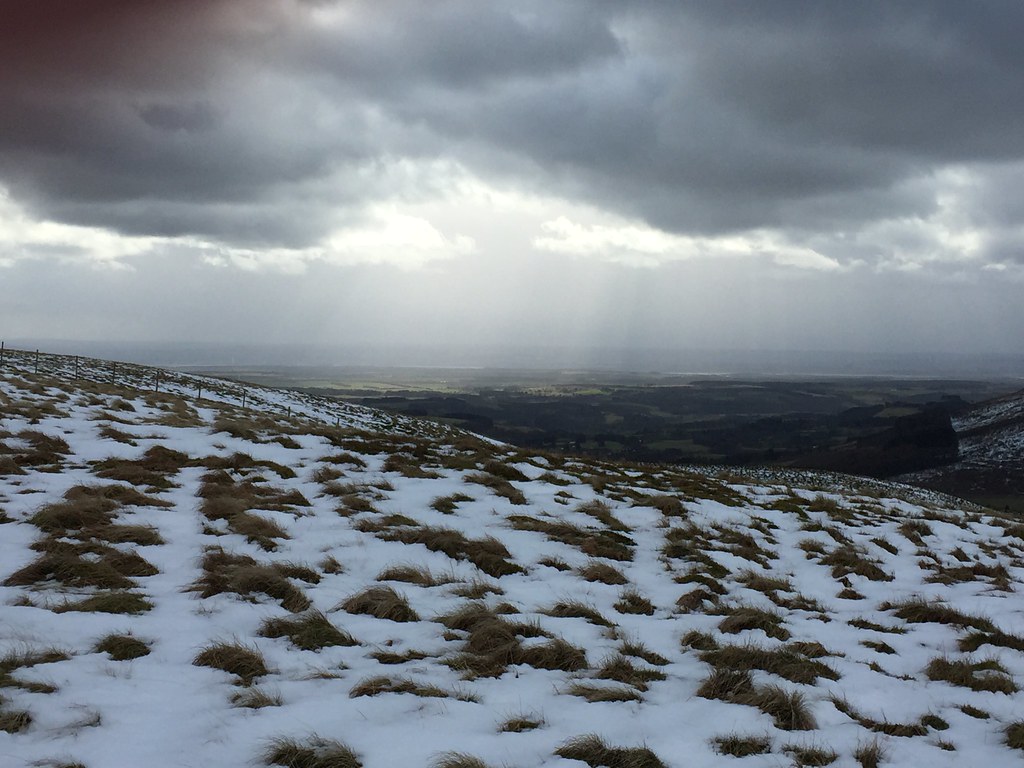 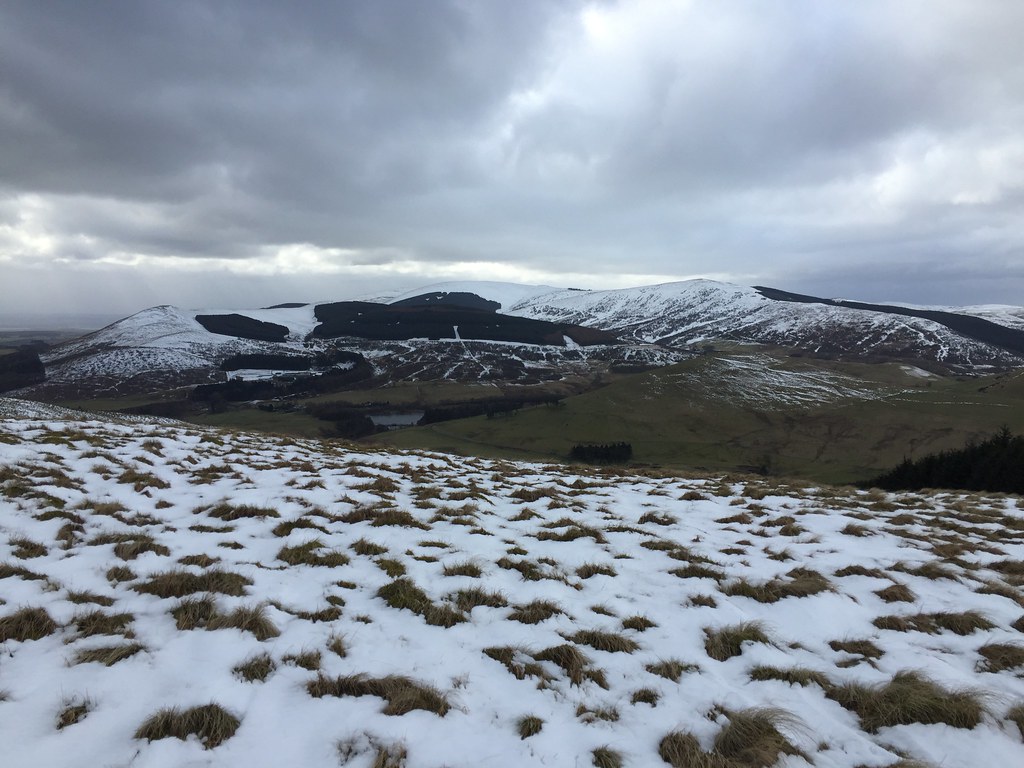 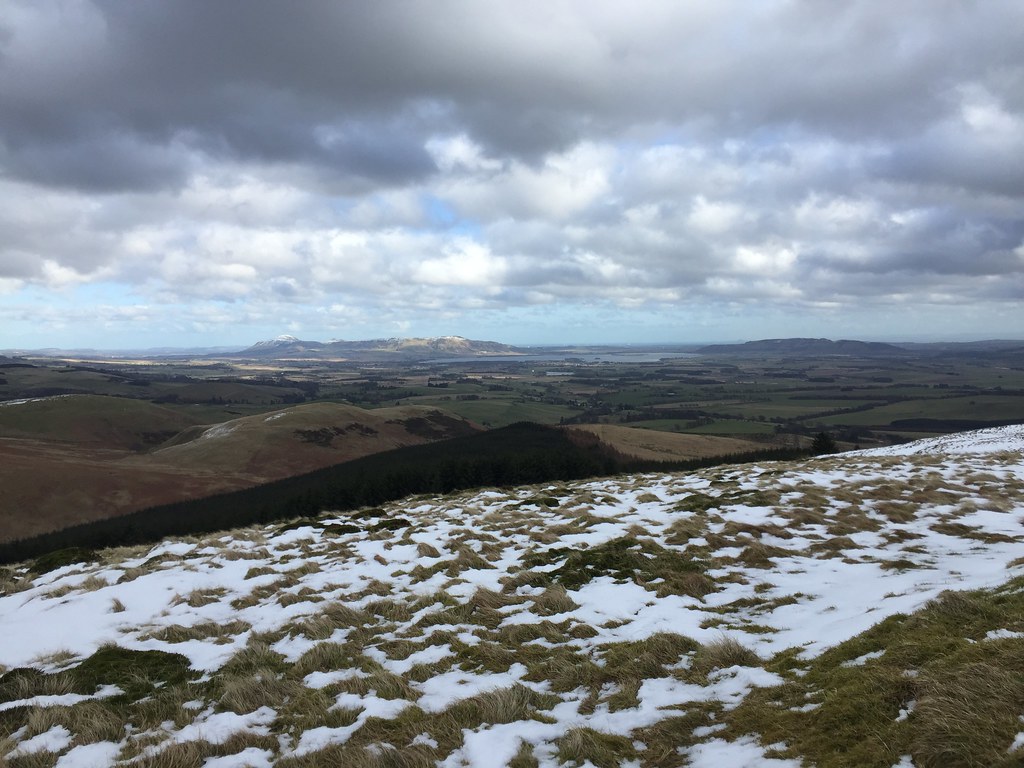 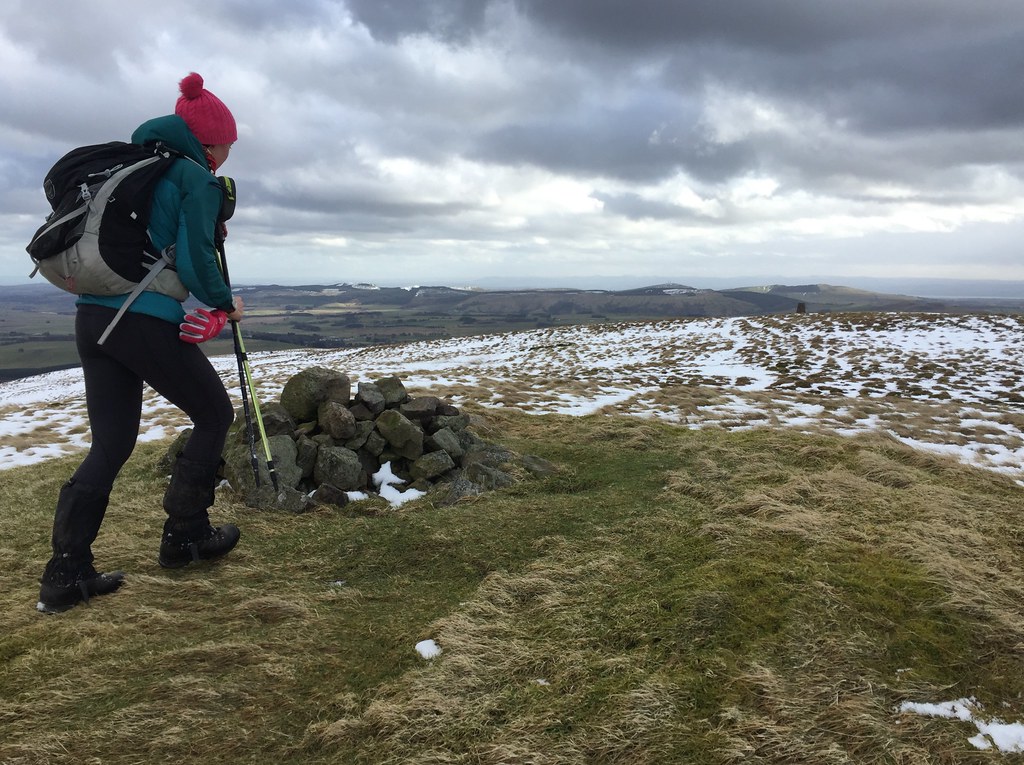 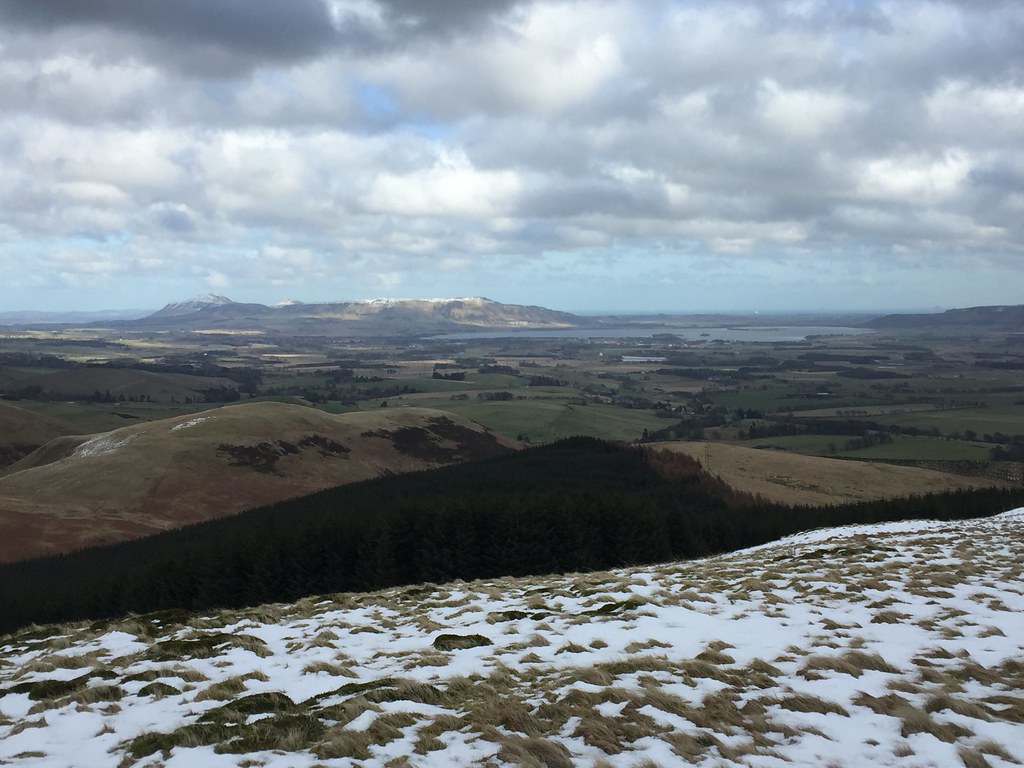 Another 5 minutes up the road, we parked at another forestry track. There was more snow on the roadside up here and the weather had become more overcast. We reckoned we had 90 minutes or so to spare for Innerdouny Hill, which we thought would be plenty....


IH.gpx Open full screen  NB: Walkhighlands is not responsible for the accuracy of gpx files in users posts 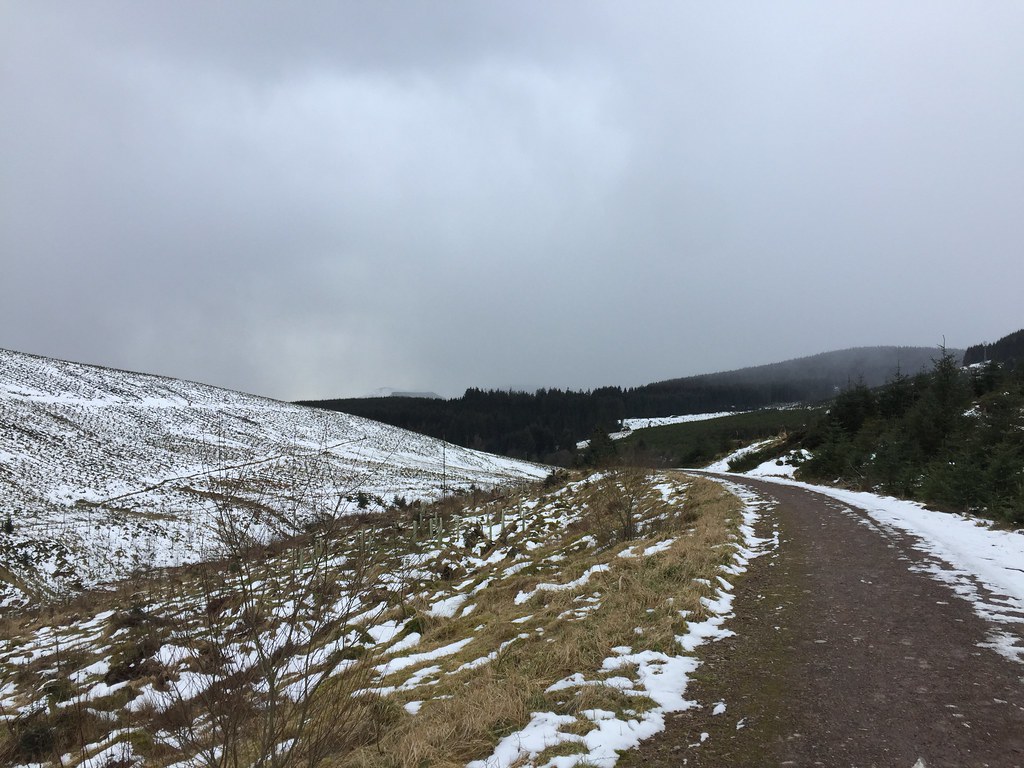 Weather coming in on the way to Innerdouny Hill

After 15 minutes or so of walking up the forestry track, it began to snow. We were also sinking into snow on the ground a bit. Despite this we made a decent pace up to a wall, which I reckoned would take a shortcut to the summit. Oh dear.... 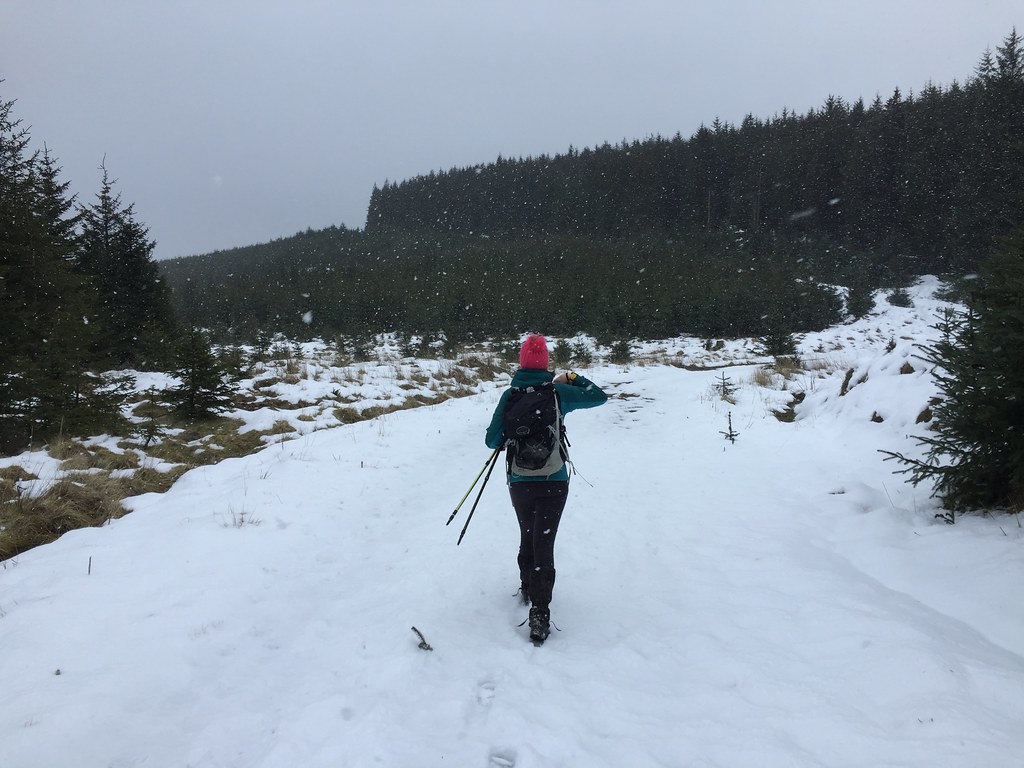 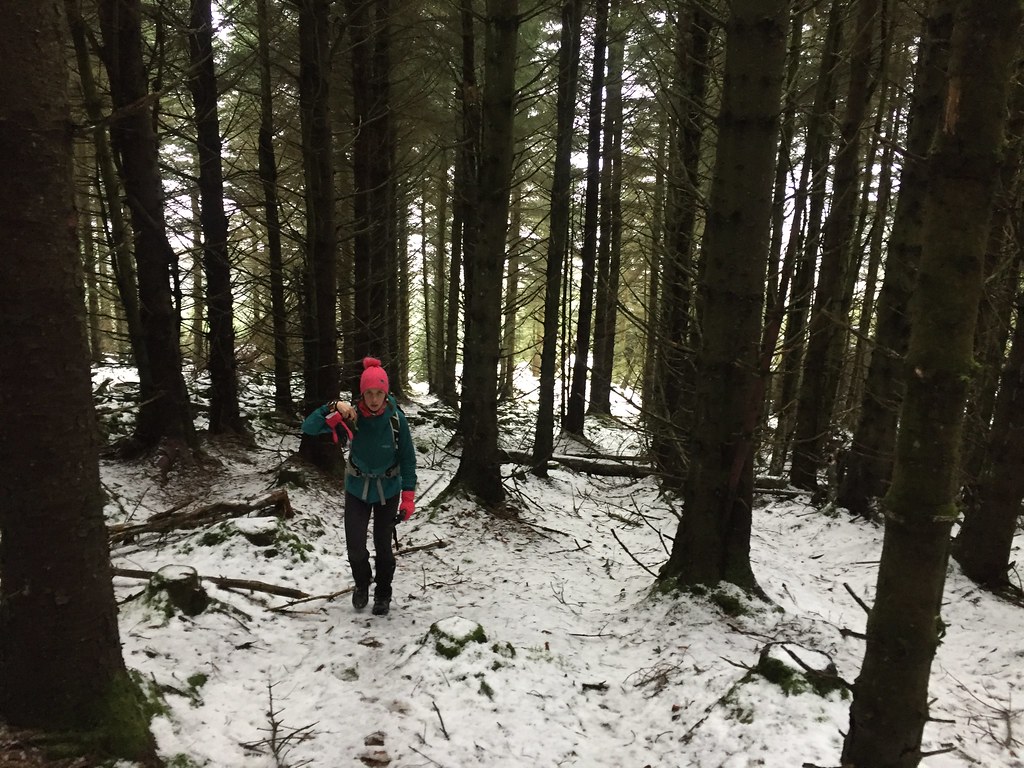 Following the first bit of wall was easy, the trees providing good protection from the snow, but then we hit some windfall. 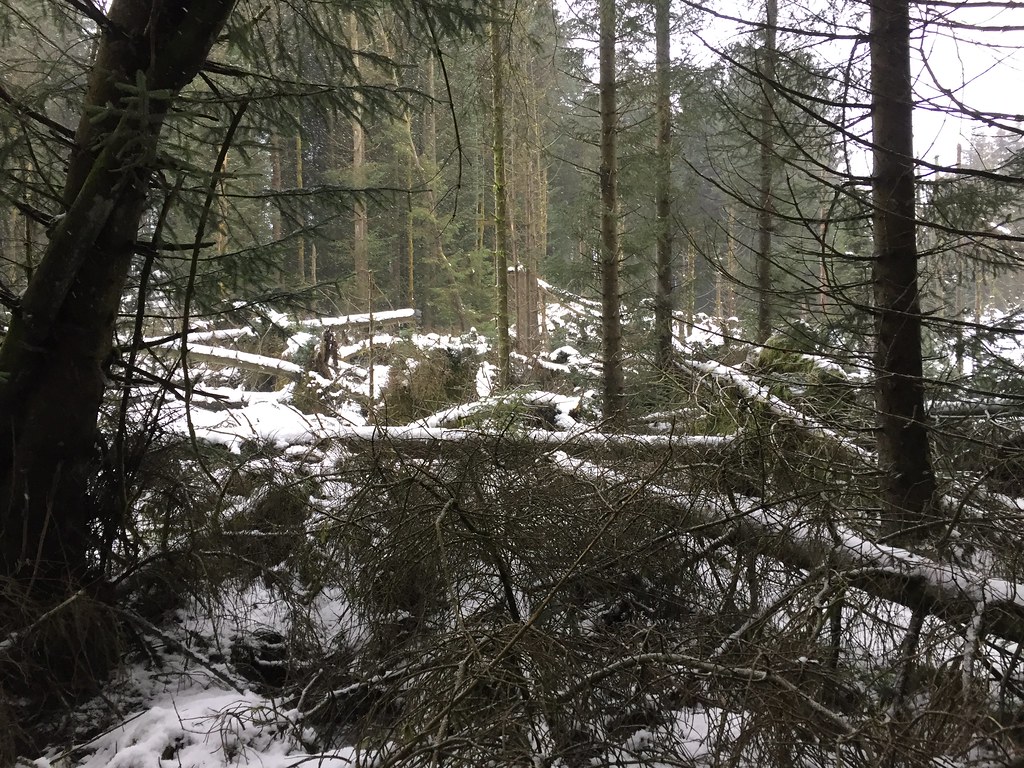 ...but it deteriorated rapidly!

After 10 or so minutes of cursing, crawling and climbing over slippery, snow covered branches, we had extracted ourselves to an easier area of forest, and I contemplated dropping back to the track - we would never get up here in 90 minutes now! Jackie was struggling more than me (she is much shorter), but she is also such a committed Marilyn bagger that she just couldn't let the summit go

. So we traversed around the hillside until we met a fire break -another possible route to the summit. This was great for a bit, until we ran into similar bother again. 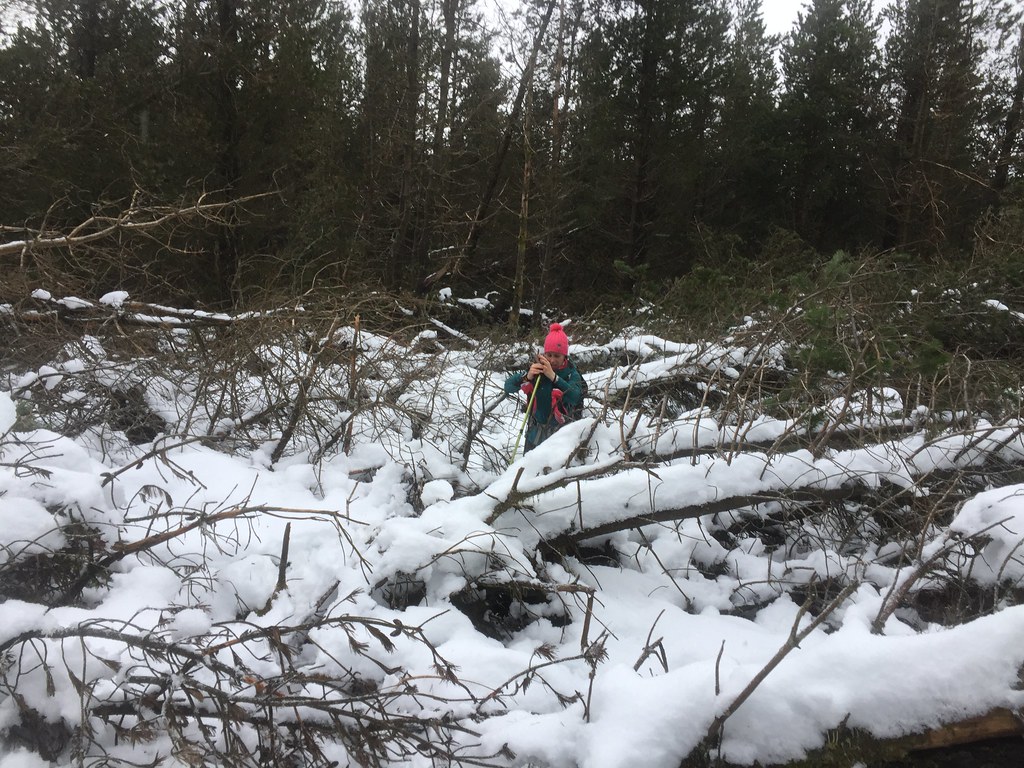 Jaxter is too short for this

We managed to forge a route through the windblow - it wasn't fast or pretty - and eventually the trees thinned out properly. This time it was the summit clearing! There was still some deep snow/bog to negotiate to reach the trig point, but we made it in the end. Although the weather had moved in, there were still views of Loch Leven (which looked all the better for the effort we had to make for them). 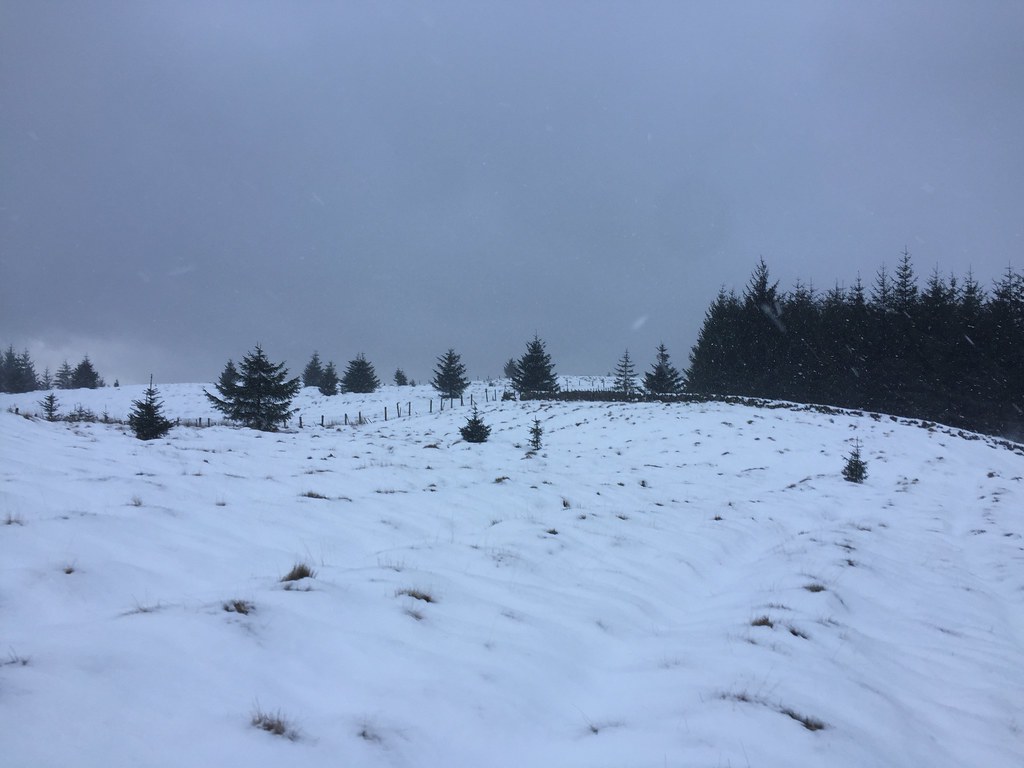 Finally out of the trees...but the snow is deep 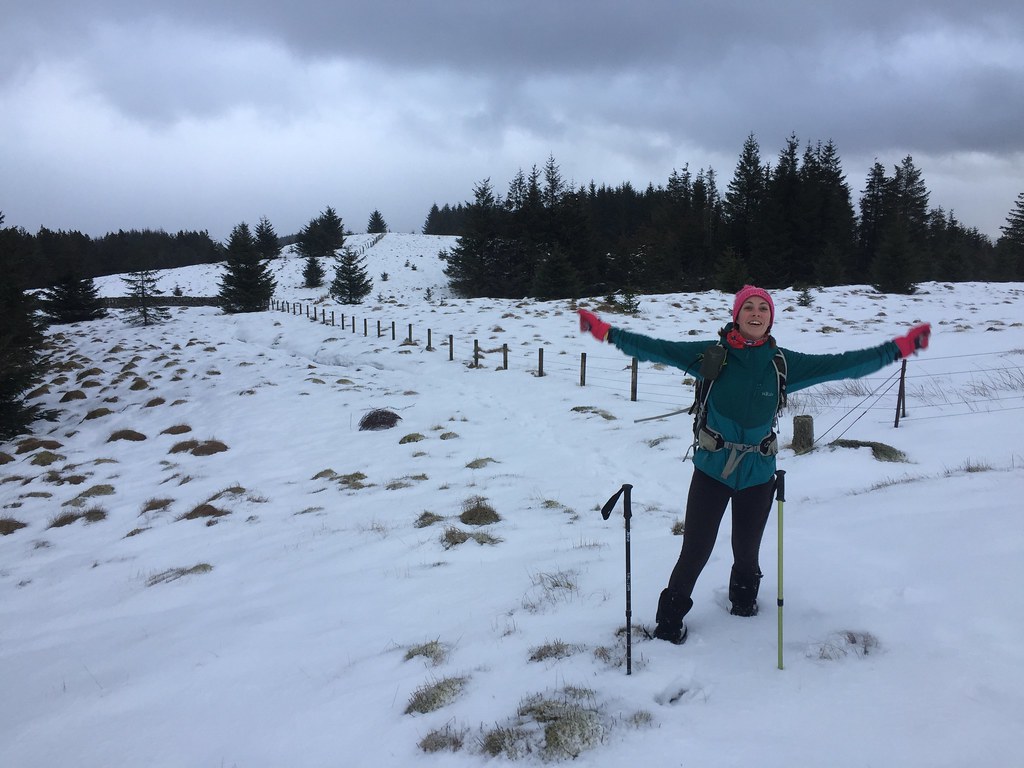 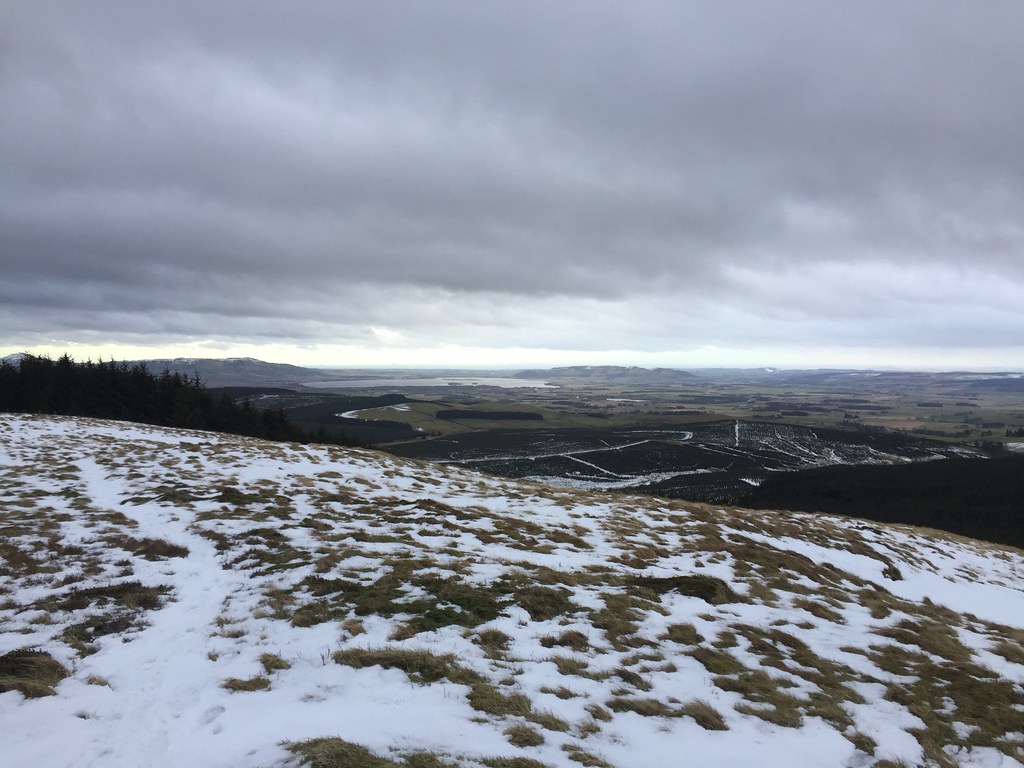 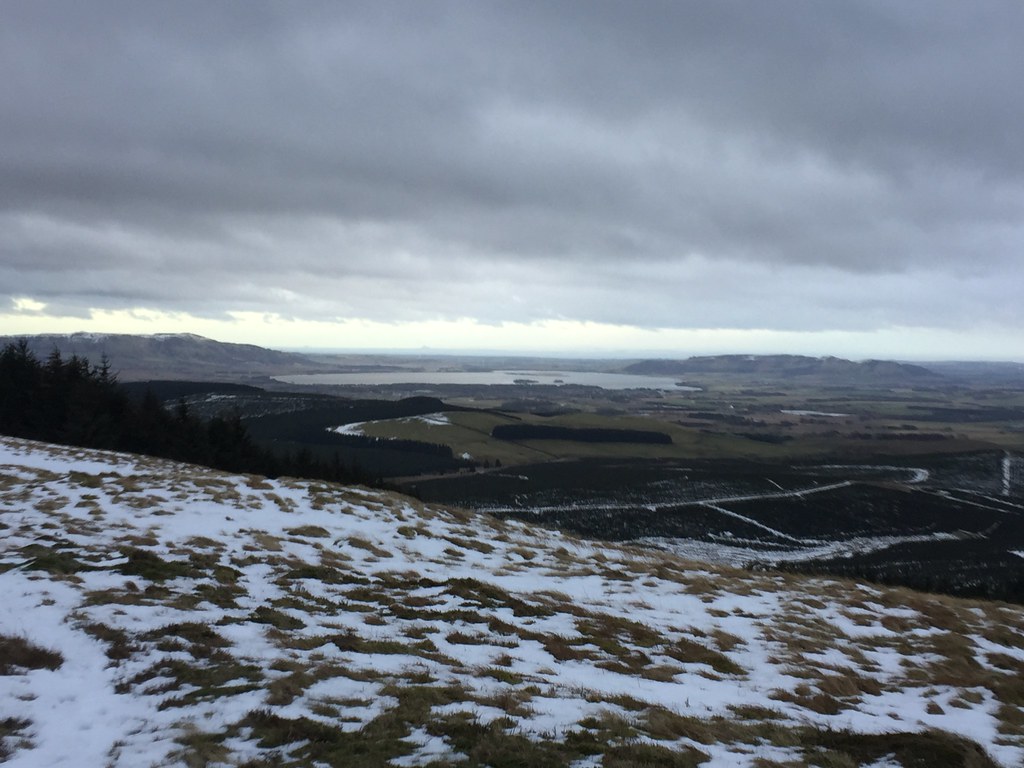 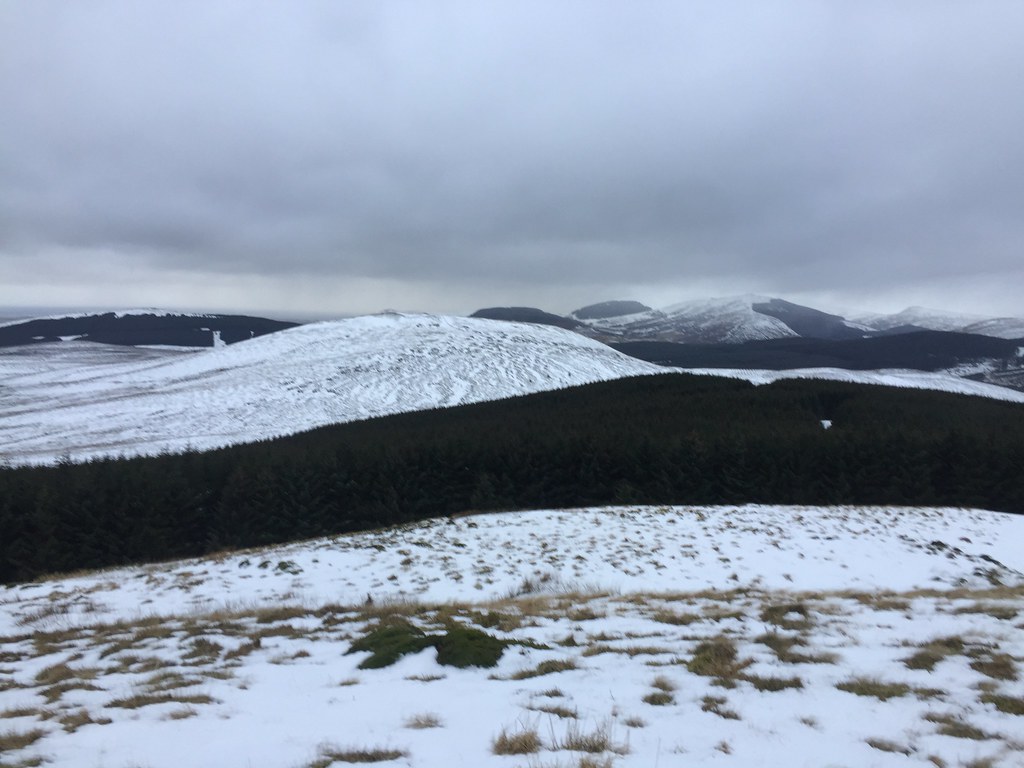 For the descent, it looked as if we could retreat east along the summit ridge through the clearing we had approached by. However this was leading away from the car and we couldn't see the entire route - would it be hassle-free? In the end, we decided that if we were in for a penny, we were in for the lot, and ploughed our way west through more trees. From the summit we could see that there was no significant windfall in this direction, so if we were able to walk in the direction that the plantation was planted, then we would be OK. 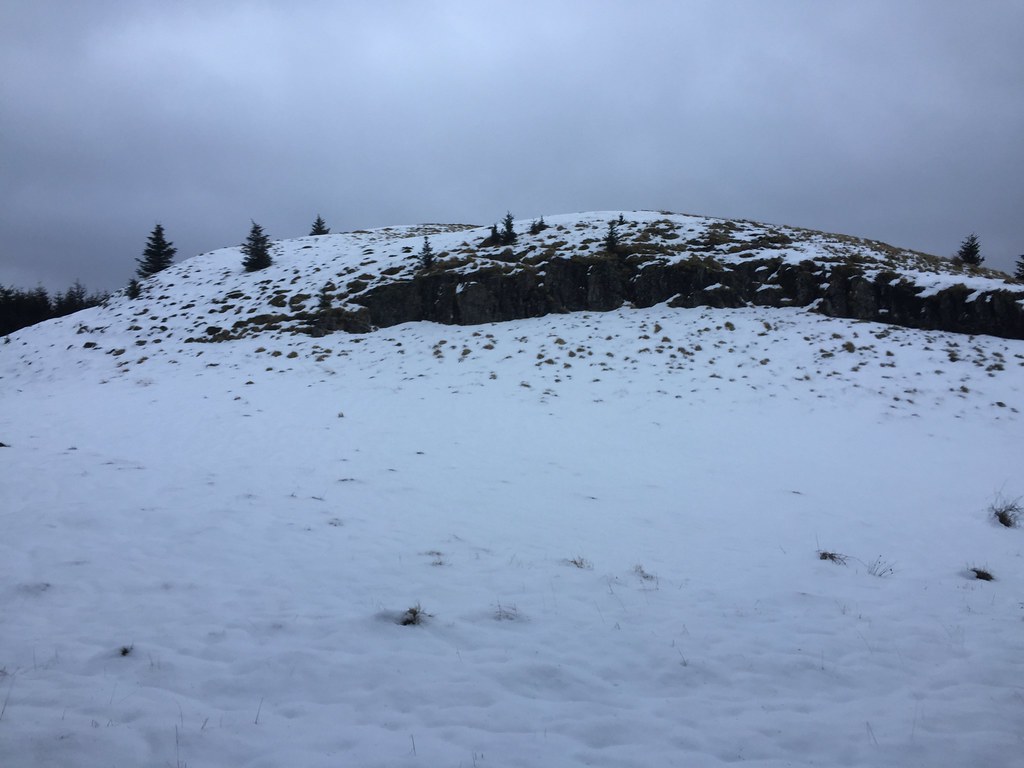 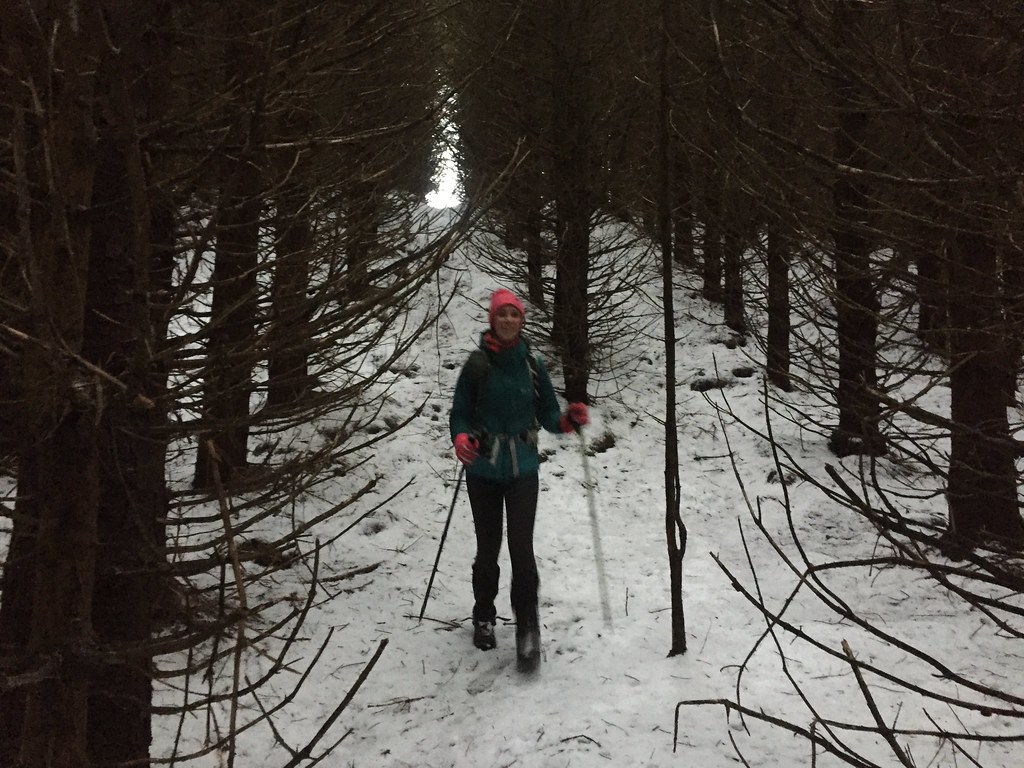 Our plan worked, and after crossing a couple more fire breaks and a burn, a short section of felled trees led us back to the outward track. Normally I would have thought of this as rubbish terrain, but after what we had come through it was easy.

We arrived back at the car 2 hours after departing - not ideal but not really that late. The weather deteriorated further as we headed across the hill to Dunning, but we were able to reach the A9 before too much snow landed on the road thankfully. Mike's ceilidh was great fun, and with a poor weather forecast the next day we just about manged Moncrieffe Hill and Knock of Creiff before the weather really moved in. While they were fine and we didn't get particularly wet, we didn't see a great deal and there was insufficient interest in either of these to bother writing up a report.