This is my first report.. and first Munro! My new years resolution was to start climbing Munros, as I live in Inverness and look at Ben Wyvis every day then I thought there was no better place to start. I had been collecting all the required gear over the past month so was just waiting for the weather to clear up before I attacked it. The weather was pretty much as good as it gets on Saturday so I made plans to go for it - plus all bars and restaurants were closed due to coronavirus so I had no excuses

As it was still spring and I could see snow at the top, I had all the necessary gear packed, including ice axe and crampons. I felt like I had overpacked when I looked up An Cabar and seen a decent path, I found out later that it is way better to be overprepared than underprepared. 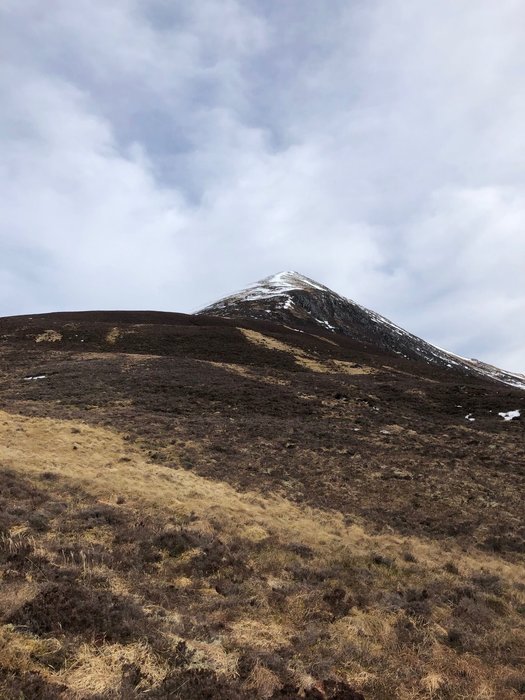 The view from the bottom of An Cabar. The walk in from the car park was relatively easy, then I came to the dreaded staircase. During my walk up them I was thinking "what the hell am I doing this for", but once they were done it was quite rewarding! 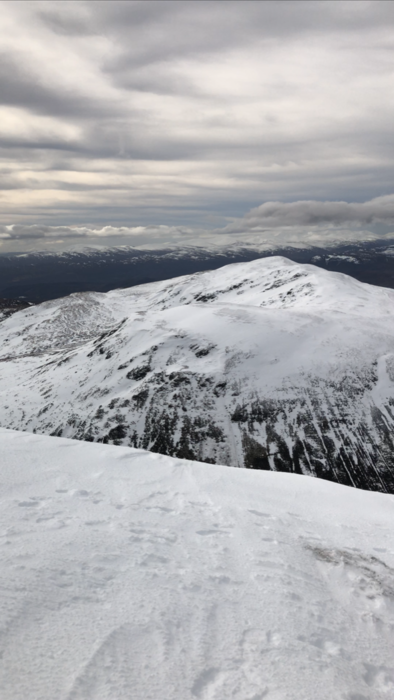 Once level with Little Wyvis, the crampons went on and the ice axe came out, the wind picked up to levels I didn't know were possible.

I sat at the cairn at the top and thought about ending my day there as the wind was getting worse and some light cloud was closing in. I had a map and compass with me and my navigation skills are good but it was still a daunting prospect crossing the plateau if there was no visibility. I waited for the weather to clear and went for it. 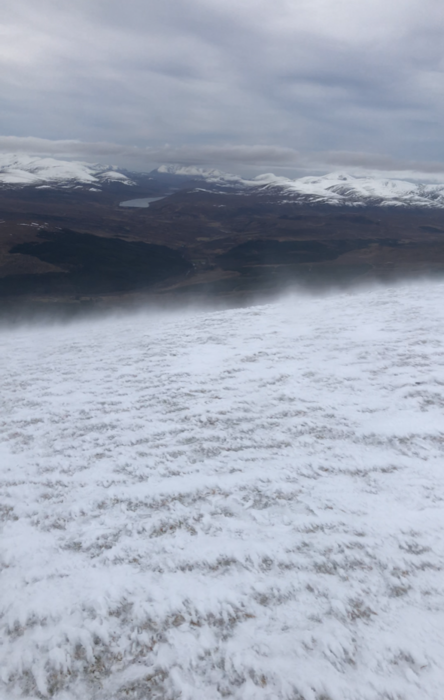 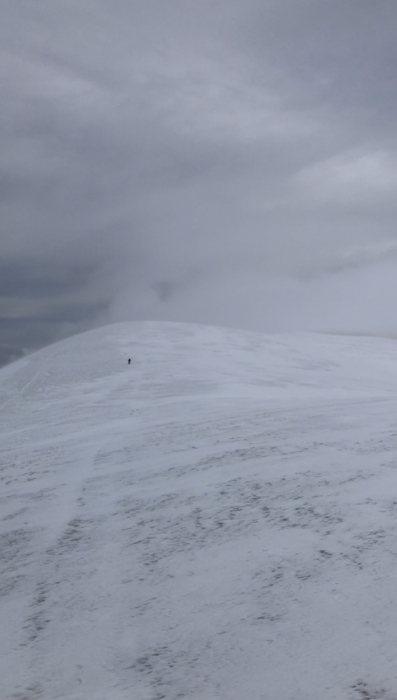 On route to the trig point the conditions got worse, the cloud came in as I reached the top and visibility was pretty low, I had a look for the cairn when I got there but there was no sign of it

There was someone else looking for it, he had a GPS map and sure enough we were right on top of it, it was just buried in the snow. We dug around a foot deep to see it but there was no sign

. He also said he had climbed Ben Wyvis 10 times and this was the worst conditions he had seen, this put the fear in to me a little bit as I still had to get down!
I claimed that as a success as my first Munro anyway, I was disappointed I couldn't get a photo at the top but the conditions were too bad and there was no views! I think I was concentrating too much on the task than getting good pictures

The weather pretty much cleared for the descent, I was fuelled on adrenaline most of the way down so it passed quickly! I now understand the Munro "bug" I hear everyone talking about. 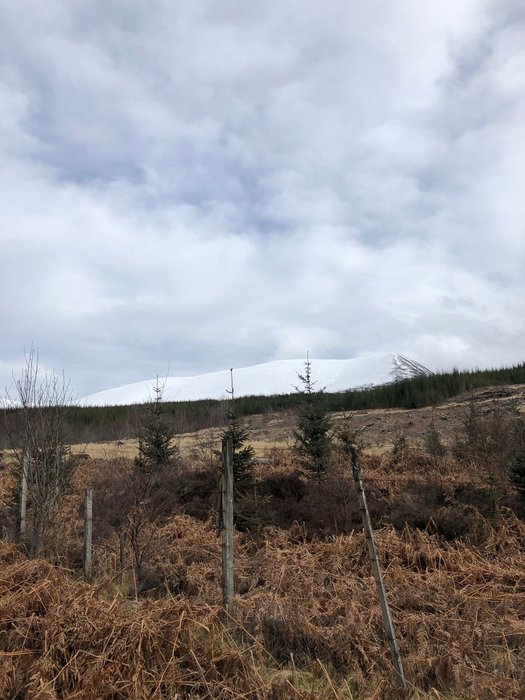 I took once last picture on the way down, looking back at what I had achieved. I think I had underestimated how hard it was going to be, but loved every minute of it.

I definitely learnt a lot - crampons and ice axe are a requirement, don't leave your water bottle on the side of your bag (it froze solid

), and always bring sunglasses (any season!).

I will definitely be doing more Munros after this one - Any good recommendations of similar ones to Ben Wyvis for this time of year?

Anyway thanks for reading, this is my first report so probably terrible, but hopefully they can only improve