our_route.gpx Open full screen  NB: Walkhighlands is not responsible for the accuracy of gpx files in users posts
With a "favourable" forecast, the worst being 30 - 40 mph gusts over the summits, we made for Fersit to climb the 2 Munros overlooking Loch Treig. Parked near An Dubh Lochan and headed up on to the flank of Creag Fhianclach. Found a path of sorts which took us up and over Meall Cian Dearg before ascending the prow of Stob a' Choire Mheadhoin. 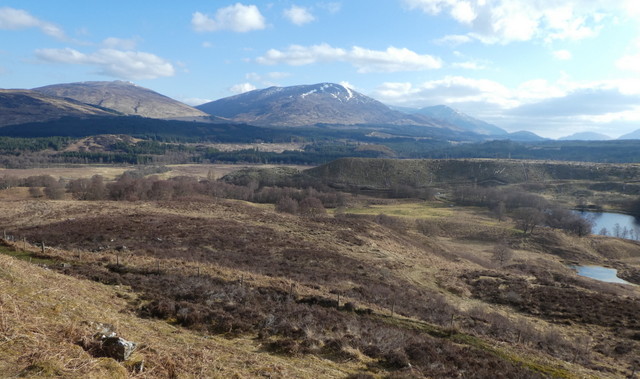 Looking back to Beinn Teallach & Beinn a' Chaorainn. The main ascent, with Grey Corries beyond.

The going was fine at the moment, with only a gentle breeze. This would change dramatically, the higher we climbed. The views were improving as we gained height, unfortunately, so was the wind 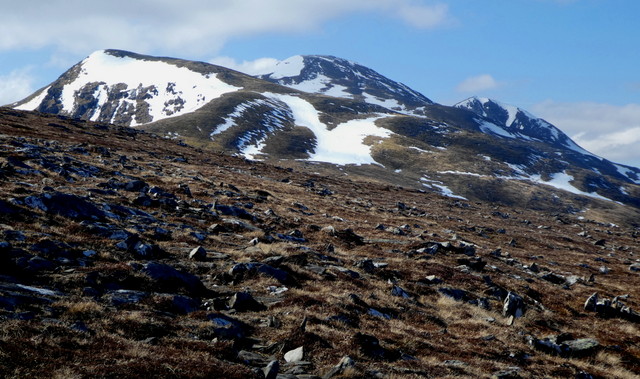 Both summits on show. We headed on regardless, reaching the first summit after around 3 hours. By now, it was truly wild but our next objective looked so close, we headed straight on. It was so strong in the bealach, our poles were flapping around dangerously Through to Bidean nam Bian.

It only took 40 mins to reach Easain summit, where i took some less than level photo's before going back down to the bealach. We made our way down Coire Easain Beag, which offered us blessed relief from the howling wind above. We stayed fairly high around the side of Creag Tharsuinn. Sgurr Innse with Grey Corries beyond.

Once we found the path near Buachaille Breige, it was a straightforward descent to the side of Loch Treig and back to the car. 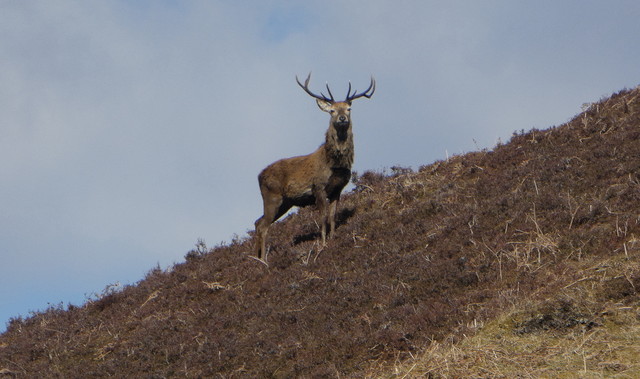