It seems like a lifetime ago that I was out on the hills. This was my last walk before Coronavirus rules stopped hillwalking for everyone who needs to drive even a short way to any hill. Good luck to everyone at this difficult time. We will get through it and the hills will still be there.
These Donalds had been on my radar for some time and I had been saving them for a shorter day or poorer weather. I decided on this walk as it is a relatively short drive from my home. At this point there was no restriction on driving to nearby hills. I set off for Drumelzier along eerily quiet roads. I parked up the lane off B712 and suited and booted in the car. A dog walker passed with 2 labradors. This was the only person I saw on my walk.
I followed the WH rote up round the cottage and across grassy field down to the stream where I crossed on a narrow plank bridge and met the track heading into the hills. After a short while I passed through a gate and saw a bridge across the burn. This first bridge is not the way to cross as there is wider plank bridge slightly further along from which a clear grassy path rises to the trees and leads through a gap. From there the track is followed as per instructions rising gradually to the summit of Pykestone Hill with views opening up all round. The Scrape comes into view first on the left then the summit of Pykestone Hill which looks a bit flatter. At the top there is a cairn and a trig just beyond a fence. I walked on a little further south to what looked like a broken down shelter cairn and sat down to take in the views out of the wind which was starting to gain strength.
Returning to the fence I followed this keeping the fence to my left. The cols were not too boggy as the ground underfoot was still hard with frost and where there was too much surface water there was always a way round. The summit of Middle Hill was marked by several fence posts and a tiny cairn and was a short distance across the fence. The views here are superbe particularly looking south to Broad Law.
The best part of the walk was from Middle Hill to Drumelzier Law. I walked along to Glenstivon Dod passing the Shepherd's cairn then followed a path down to the col passing another cairn of white rocks on the left shortly before the low point. The path up Drumelzier Law is clear and steeper than previous ascents on the walk but very straightforward rising first to the lower cairn then along the flattish ridge to the summit cairn. Again views are fantastic all around.
The descent was gentle and paths and tracks clear. I soon met the outward track and returned safely to the car after a day of solitude and peace. I hope it will not be too long before we can all venture out again hopefully further afield for more challenges. 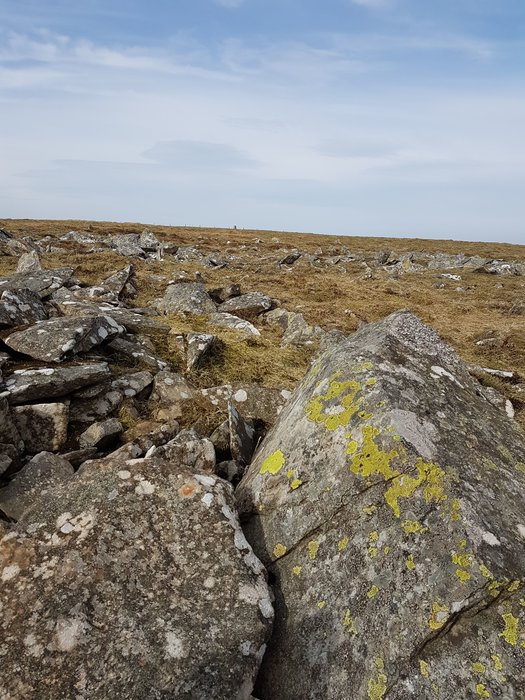 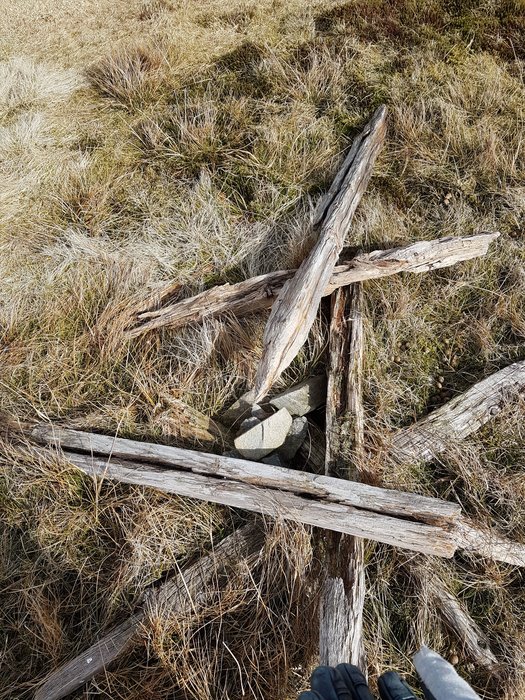 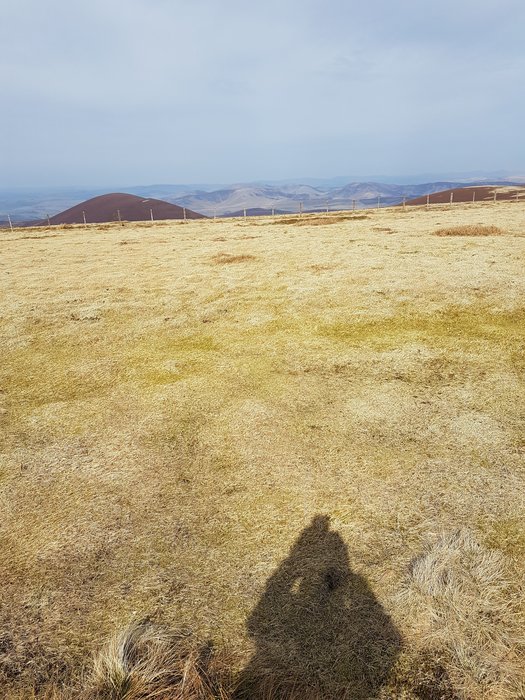