our_route.gpx Open full screen  NB: Walkhighlands is not responsible for the accuracy of gpx files in users posts
I had had bigger plans for the road up to the 45 Degrees MC's Braemar club meet, but wasn't feeling it on Friday morning & faffed about so much that I didn't leave home in time to carry them out. I also got a tyre inflation warning on the way (had replaced a tyre 24 hours earlier) and stopped in at Blairgowrie to check this out, bumping into Fraz who was filling up at the pump.

It was almost midday when I set off from Glen Clunie for An Socach. It was a cracking day too, with blue skies & plenty of snow, the ski centre was mobbed on the way past, so was slightly annoyed at myself for the late start. 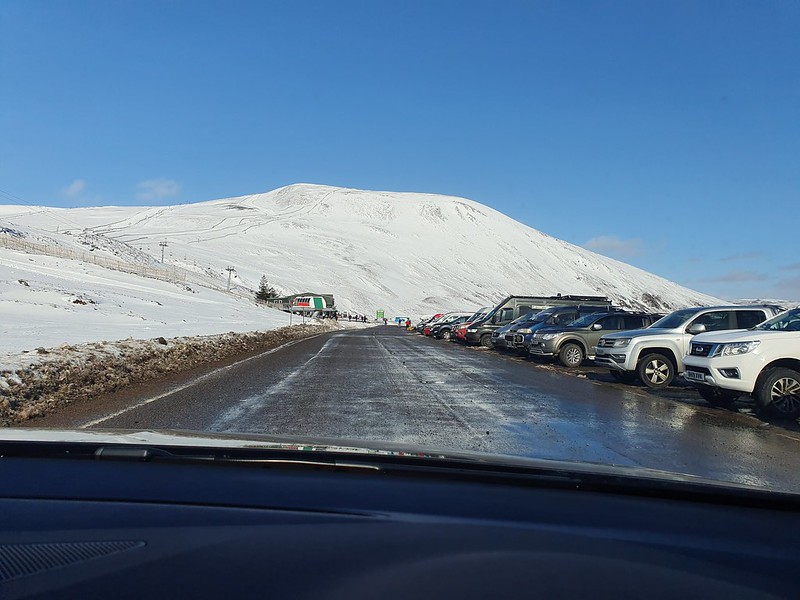 It's easy walking on the track along the Baddoch river, with little snow in the glen, enjoying the sunshine & solitude out of sight & earshot of the throng on the other side of the hills to the East. 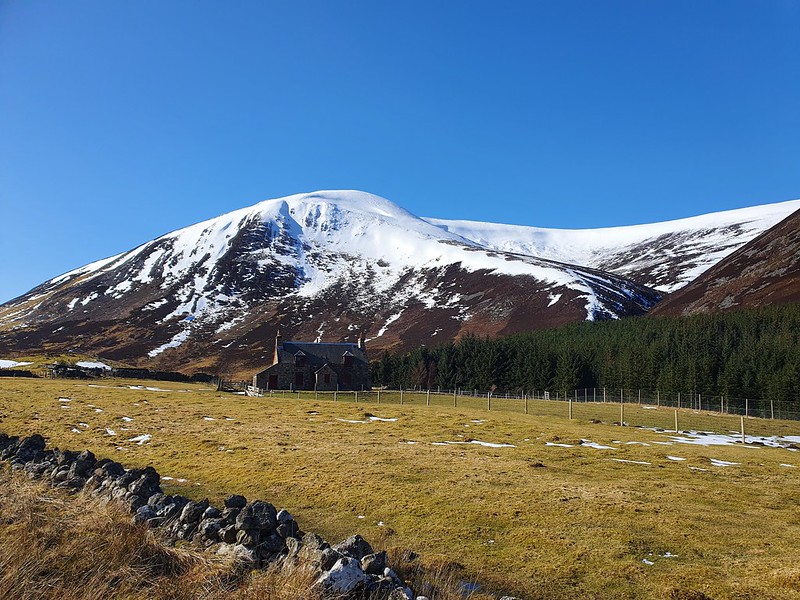 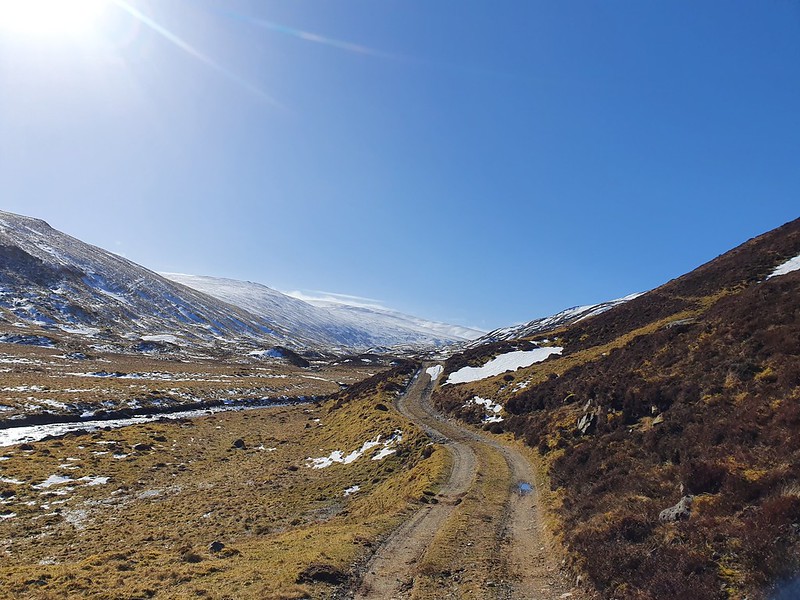 Once taking to the hillside, it was quickly into snow &, after a bit of snowy heather-bashing, reached the freezing level & was able to march on & up over the snow to the cairn at the minor top in quick time. 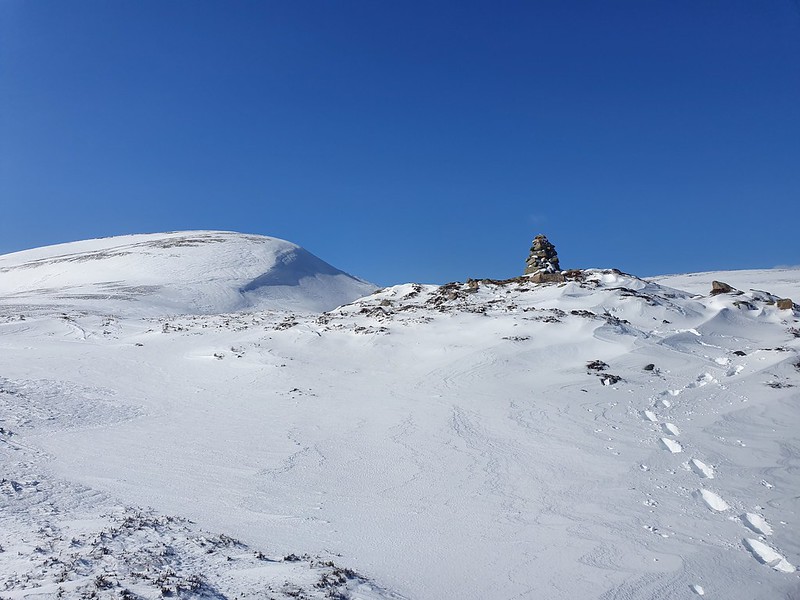 The final pull up towards the summit plateau is at a fairly steep gradient & borderline for donning crampons, but still took enough of a boot to ensure they'd not be needed for the descent by picking a way around the icier sections. I'd seen some footsteps (& used them to my advantage on the way up) & met a lady near the summit, where we had a brief chat. I had a bite to eat, out of the wind in the snowdrift-filled shelter cairn and sat for another 10mins deciding whether to push on to Carn Bhac or Beinn Lutharn Mhor, before walking across the summit plateau for a look, but with thickening cloud rolling in on strengthening winds from the South, plumped for an easy walk back down & out the way I'd come. 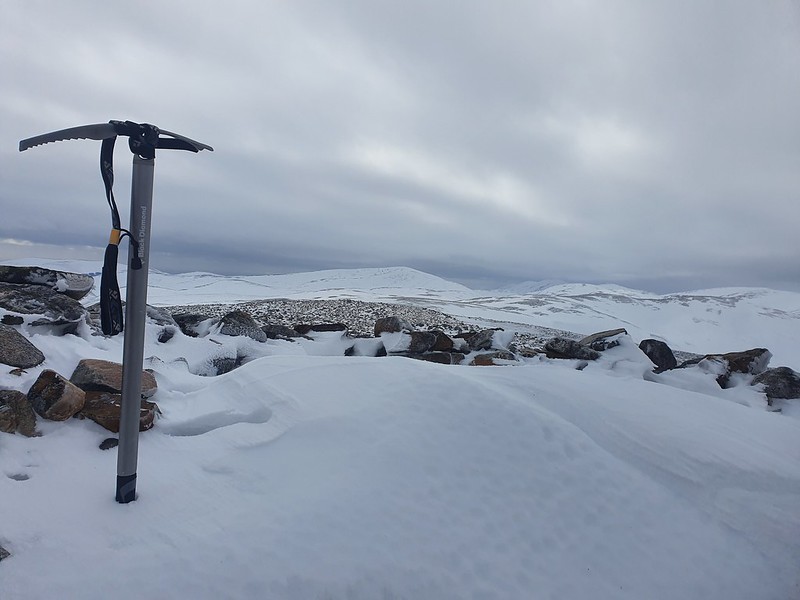 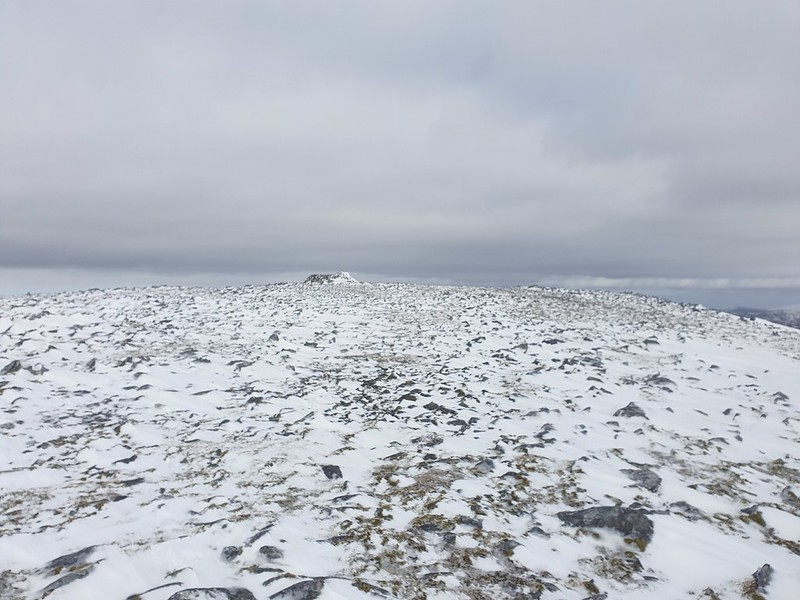 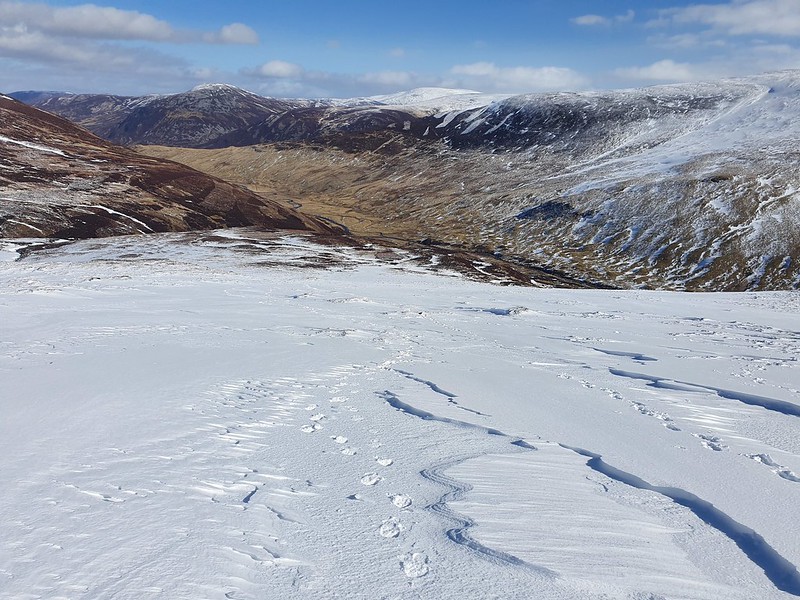 It had taken only 90mins or so to the summit & 50mins to get back to the car so, was in Braemar by 3pm for some provisions & a pre-meet, meet-up at the Fife Arms with Norrie, Fraz & Raymond, who'd been on Morrone & Mt Blair respectively.