This is part 2 of a 2 part trip to find the Kielder Stone. For part 1 click here https://www.walkhighlands.co.uk/Forum/viewtopic.php?f=9&t=96384

My second attempt to reach the Kielder Stone started over the border in England, just beyond Deadwater Farm, where there’s a layby to park. It was then a case of following forest roads up onto Deadwater Fell, with its array of towers, beacons and a trig point. Again, this walk started quite misty, so no views from here. 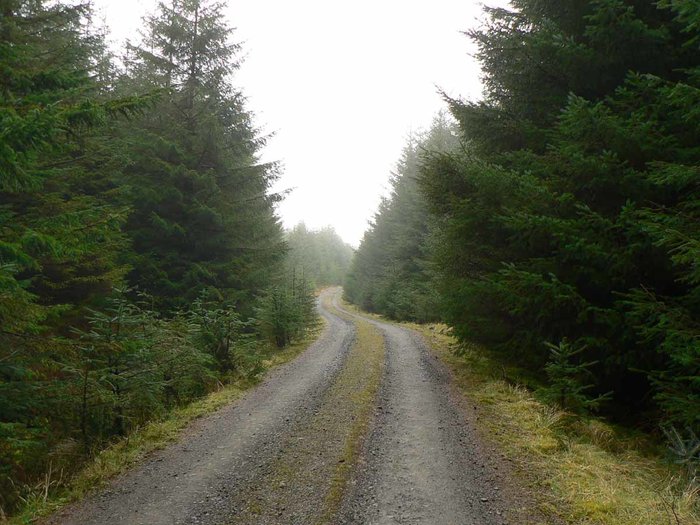 The route through Deadwater Forest 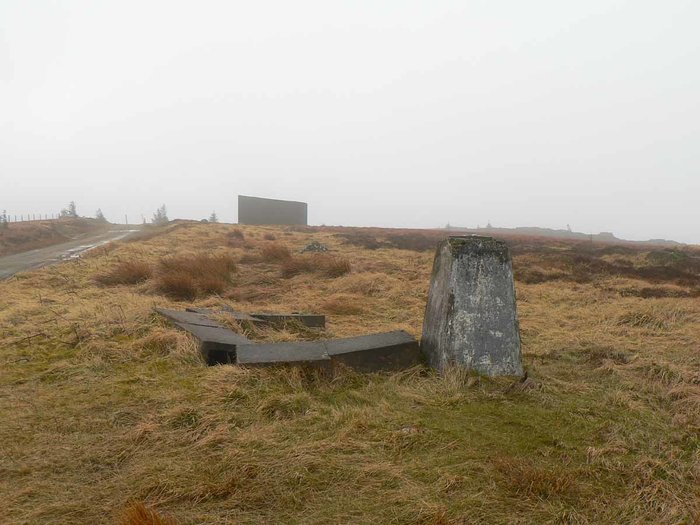 Next it was a faint boggy path over Deadwater Moor to Mid Fell, and along to the next hill, Peel Fell. 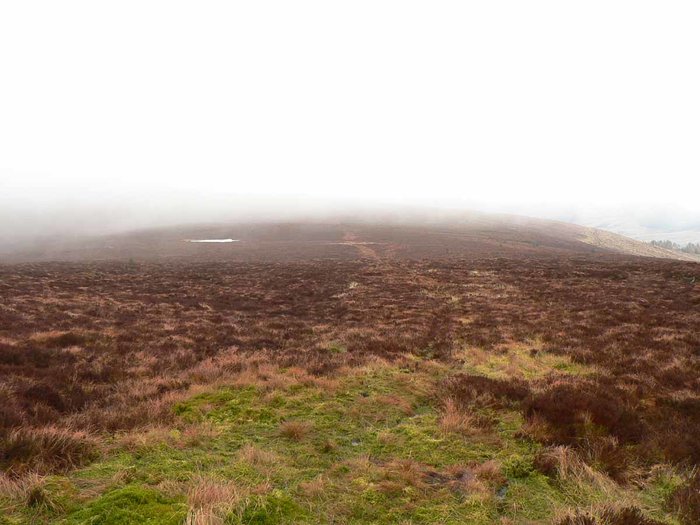 Starting along over Deadwater Moor to Mid Fell 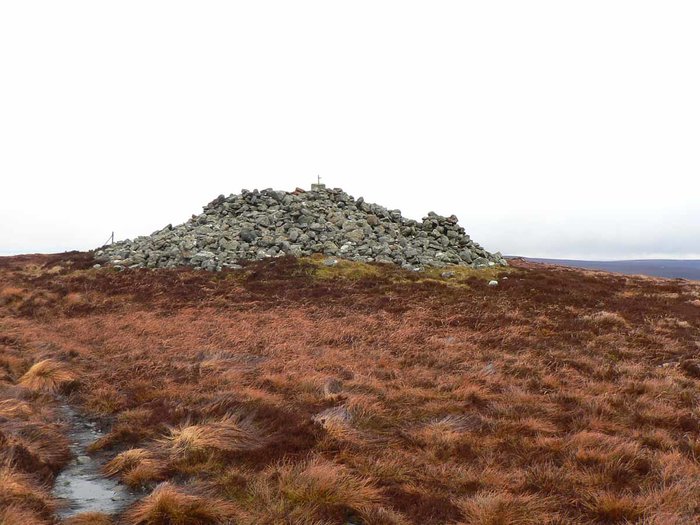 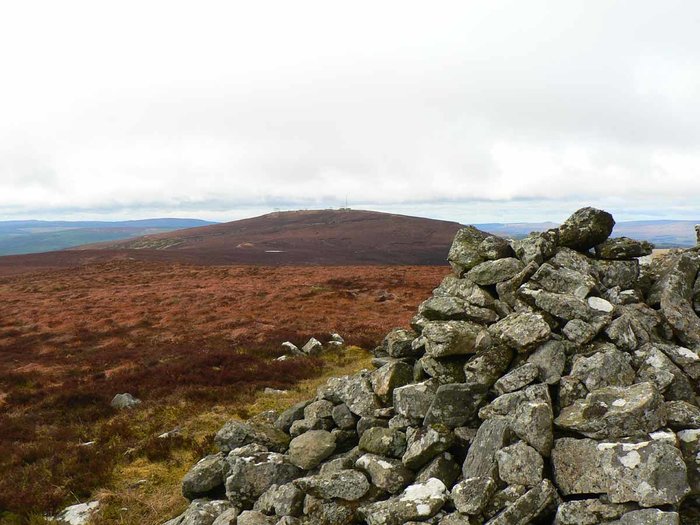 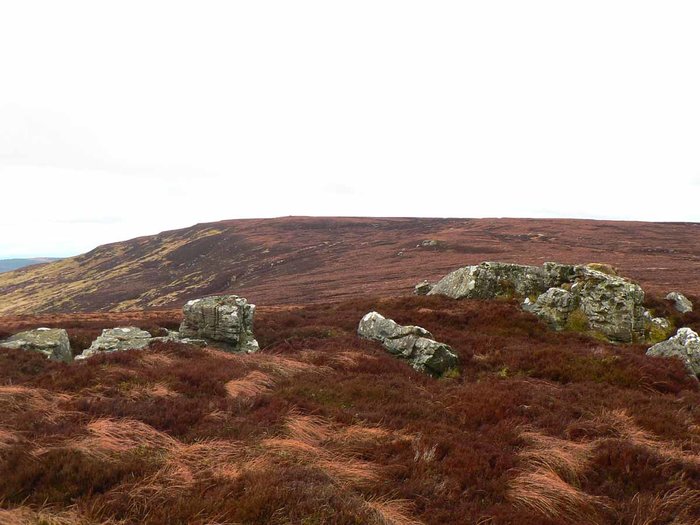 The path along here had the occasional way marker post and the walking was pretty easy. From Peel Fell a signed right turn followed the line of the Scottish English border, marked by the occasional rotting fence post. 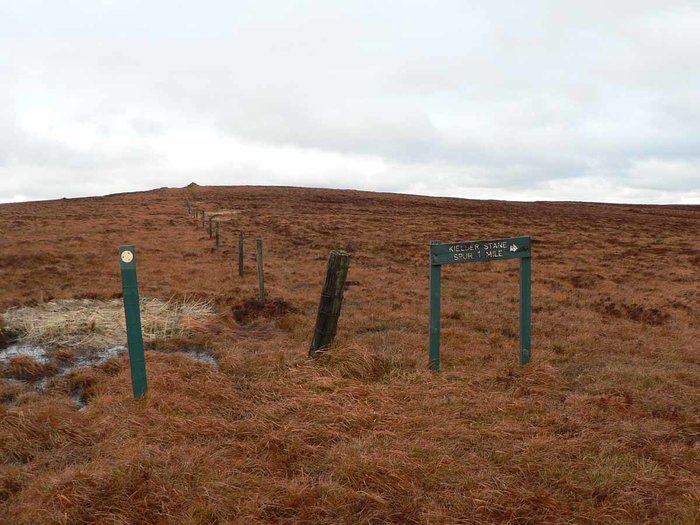 Start of path to Kielder Stone from Peel Fell 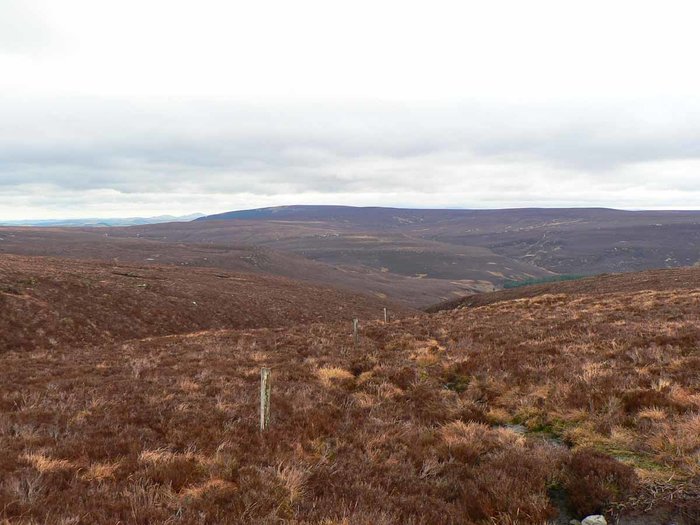 Following the remains of the border fence to the Kielder Stone

It’s quite a long decent, but the Kielder Stone soon comes into view. 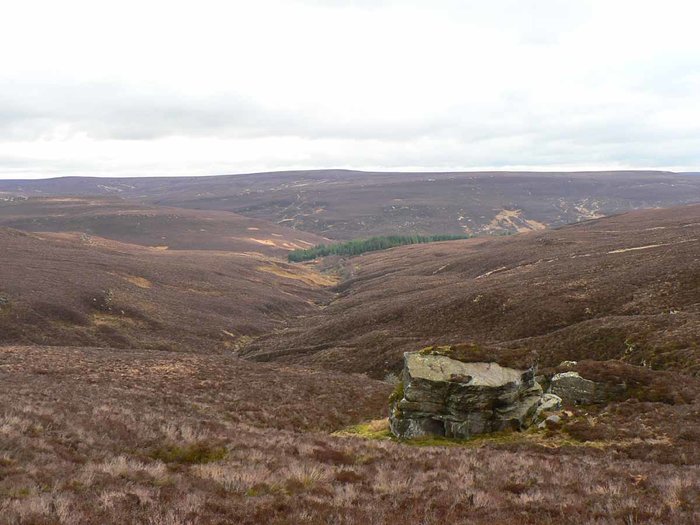 First view of the stone. My original (abandoned) route would have taken me up this valley from the trees far below 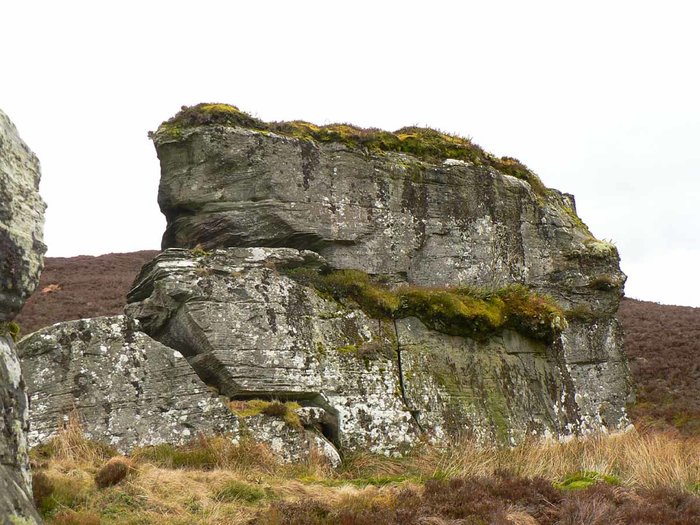 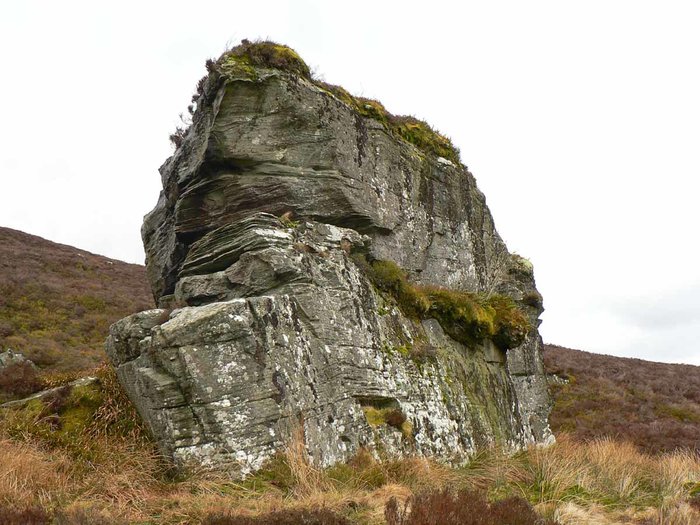 After my lunch break, I climbed back up to Peel Fell to enjoy the ever improving views over the Cheviot hills. 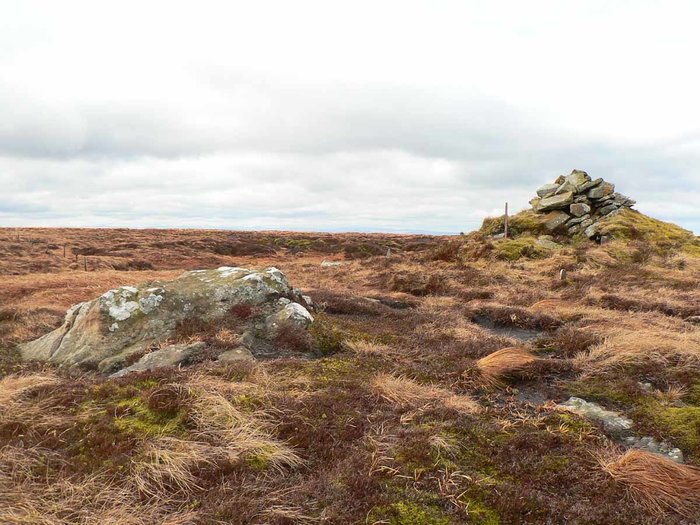 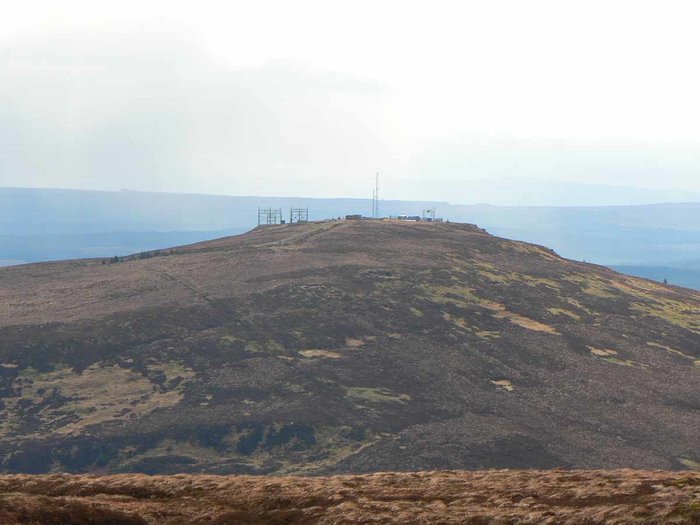 The return from here was to follow a nice little path along the line of the border down to the forest at Rushy Knowe, again some marker posts marking the way. There’s a nice crag, similar to that at Carlin Tooth, at Jenny Storie's Stone, giving excellent views across the Scottish Borders. 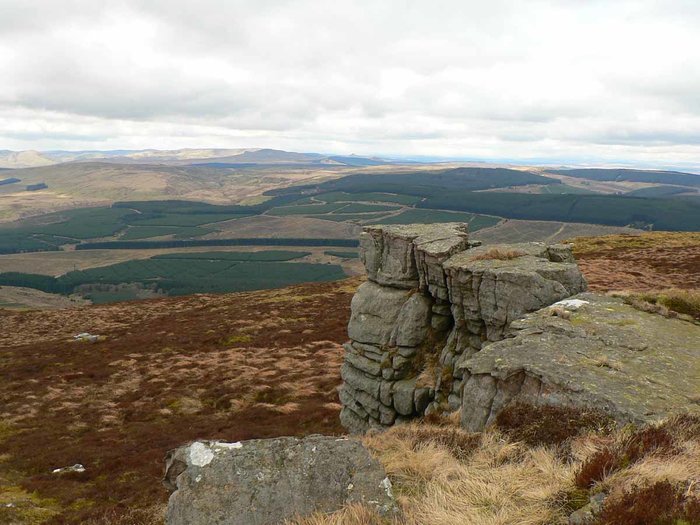 Wauchope Forest and the Scottish Borders from Jenny Storie's Stone 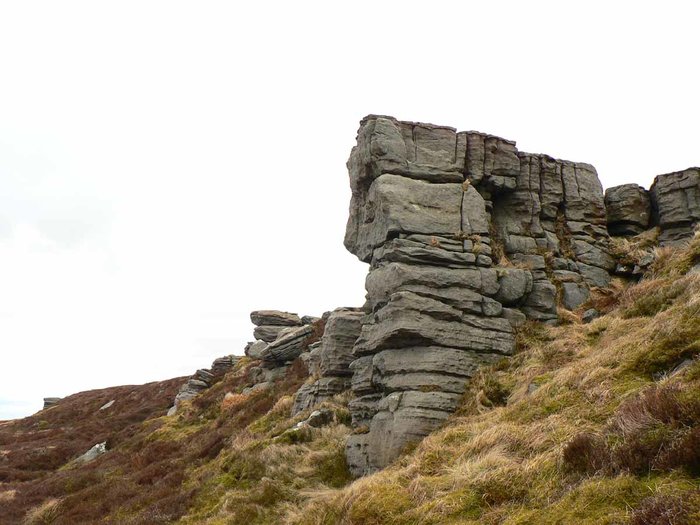 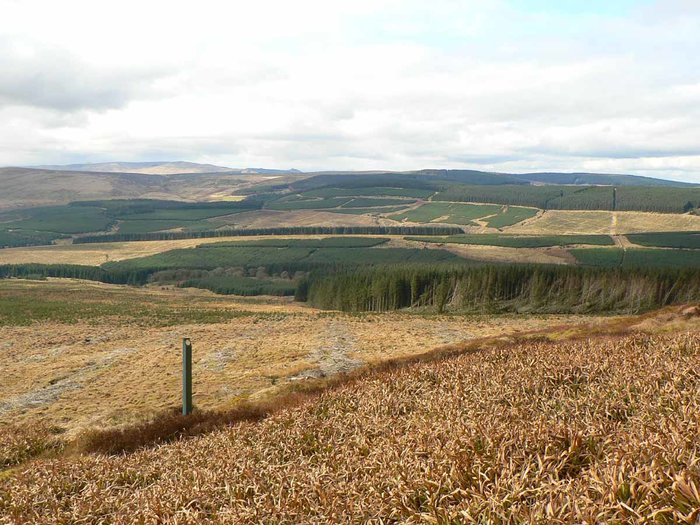 On the way down to Rushy Knowe 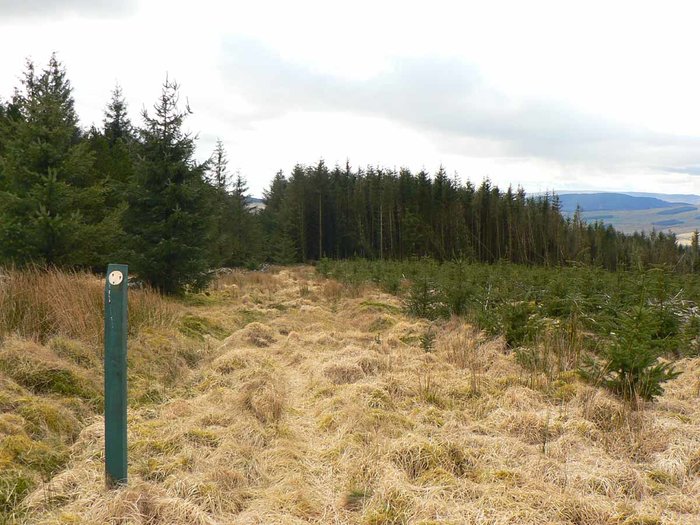 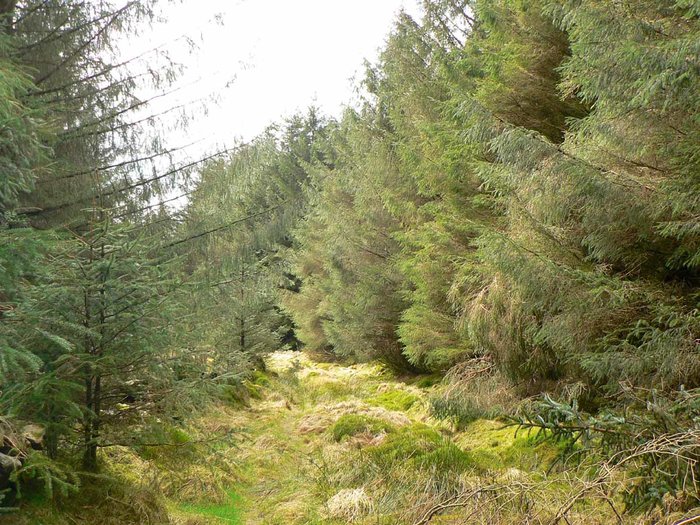 Path through the forest to Rushy Knowe

From Rushy Knowe, a path cuts left to join the forest roads through Deadwater Forest back to my start. 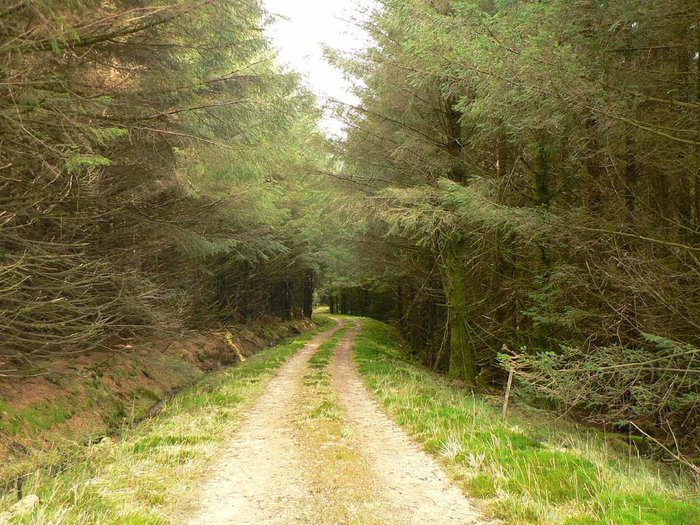 Forest road back to my starting place

So finally after starting this journey more than 6 months earlier, I have now "discovered" the Kielder Stone.