our_route.gpx Open full screen  NB: Walkhighlands is not responsible for the accuracy of gpx files in users posts
New yeas eve 2019, it seems so long ago now.It felt like I hadn't been out for a while in what I recall was a very windy time of year. A spare day approaching and with a settled day and the Lakes only 2 hrs drive away it was time for a day on the hills for the last hill walk of the decade.It was a choice of 2 walks, both of them probably my favourite Lakeland hills. Fairfield combined with St Sunday crag or Pillar from Gatesgarth, both are good mountain days. In the end I chose Fairfield due to the driving and short winter day. I parked the car up at Cowsbridge and took the path past Brotherswater to the back of the hall. From there I took the faint path ascending the mound behind the hall, rather than the path that goes through the bottom of Dovedale, and skirted the hillside meeting the path up from Dovedale further on. From there it was up the stepped staircase to the side of the crag and then took a break as the path levels up. Met a walker there with an Alsatian dog. the walker was doing unpathed skirts of the hills, scoping out crags, rather the tops. The dog was great, friendly, off the lead and trained to command. Good to see. 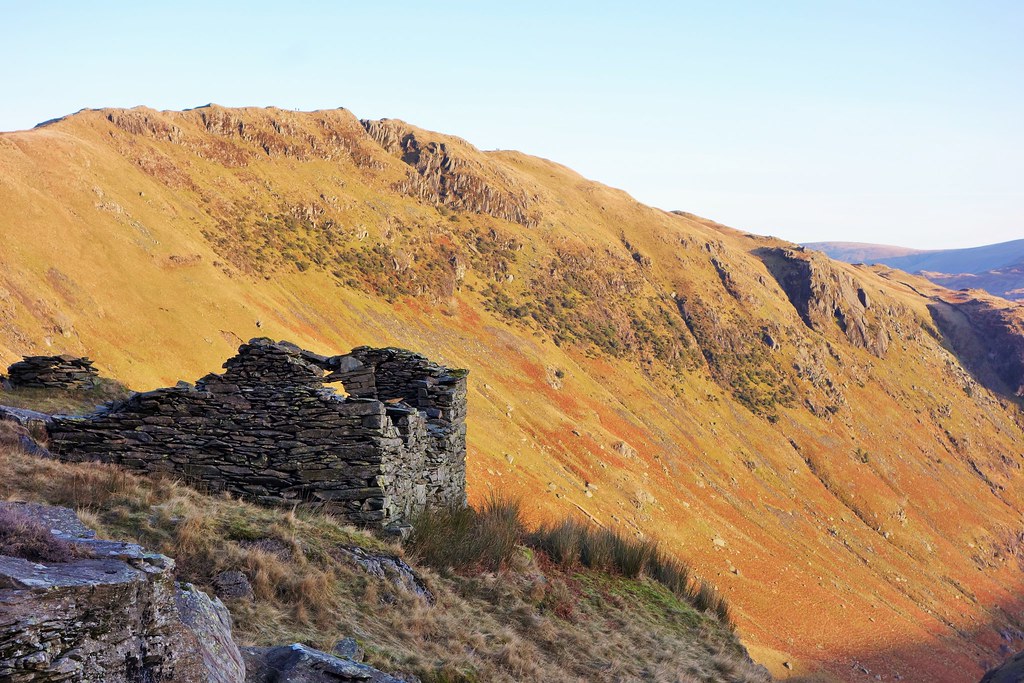 DSC05912
From there it was up to the col and turning right onto the top of Hart Crag. From there I dropped down into the col and as always I took a look over the col into Dovedale. In April 2004 ,on one of the many ascents of Fairfield ,I was on this route with a party of 7 and had dropped off from the group, skirted around Hart crag and had ascended an iced up gully and slope which led to this col. It was a memorable day in late winter conditions.. From there it was easy 3/4 mile ascent up onto the summit of Fairfield 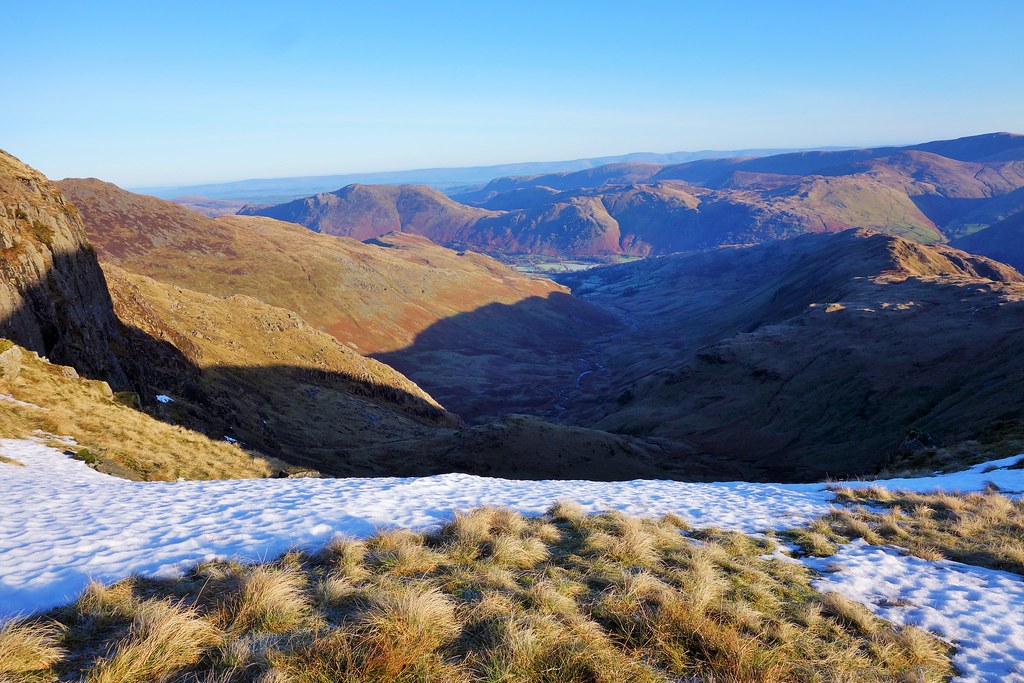 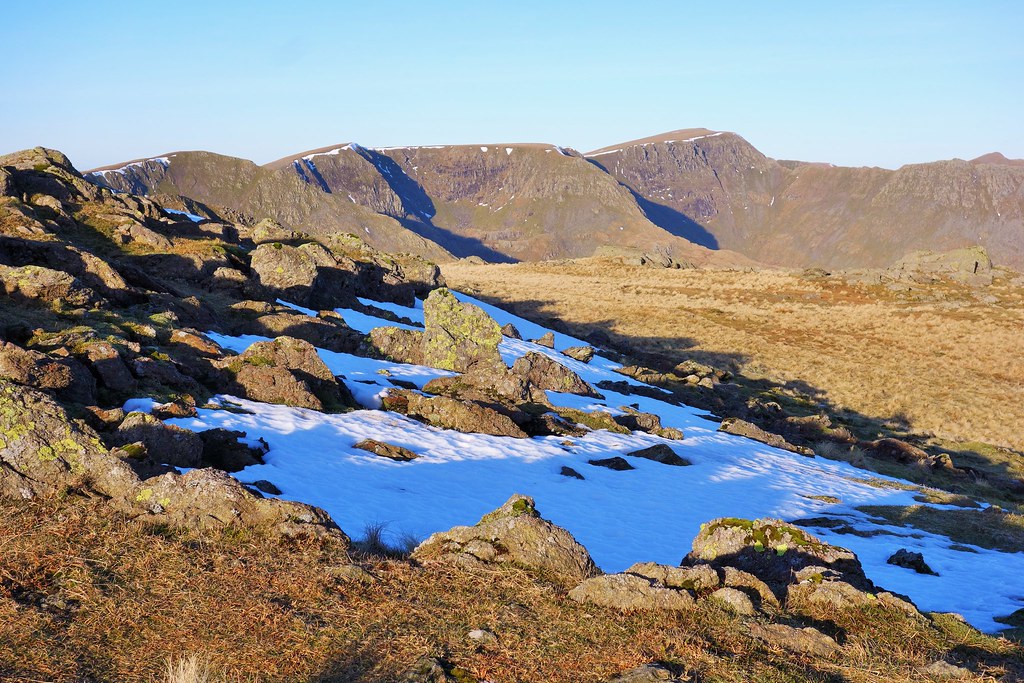 DSC05917
The summit was busy with walkers enjoying the superb conditions and views stretching as far as you could see. During the lunch break the weather began to change a little with a cold wind starting to blow a little and a few dark clouds beginning to form over the far S/Western fells. Not hanging around I ventured over to the nose leading to Cofa Pike. I don,t particularly like descending the nose as it is becoming increasingly loose underfoot and the rocks were damp so I had a look at the path which initially cuts west away from the nose and then swings back to Cofa pike but this had a patch of hardened snow which had iced up on it.I tried to kick holes in it but it was rock solid. it was only 5 or 6 feet in width but it was at the wrong angle. With no crampons or axe I went back to the nose and descended that slowly to the first col.From there it was over the two pinnacles of Cofa Pike before long descent down into the col before St Sundays crag. 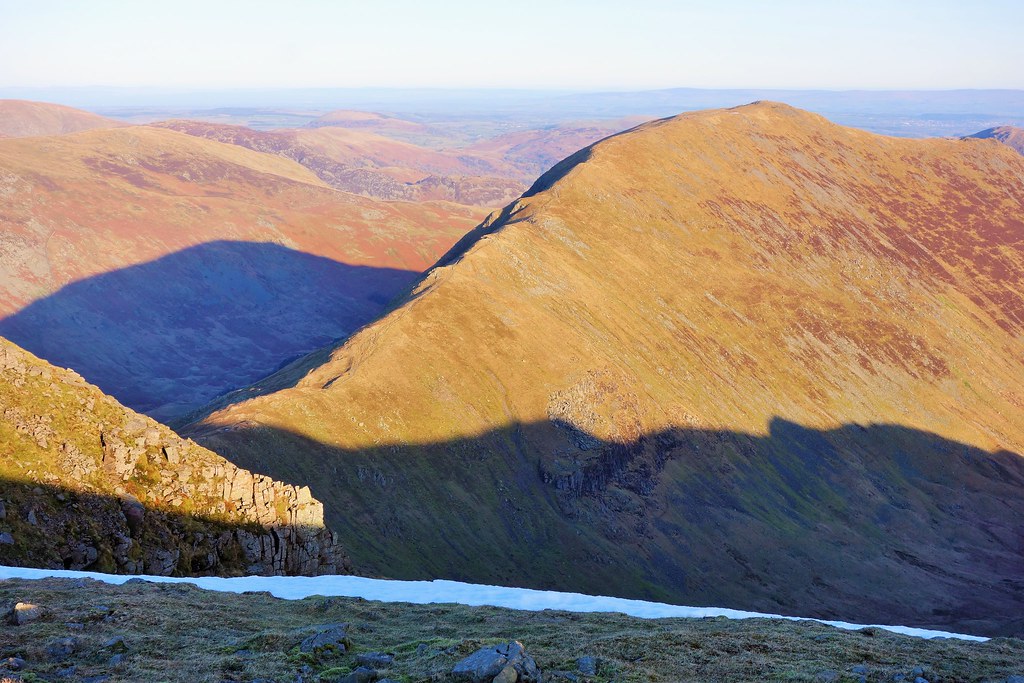 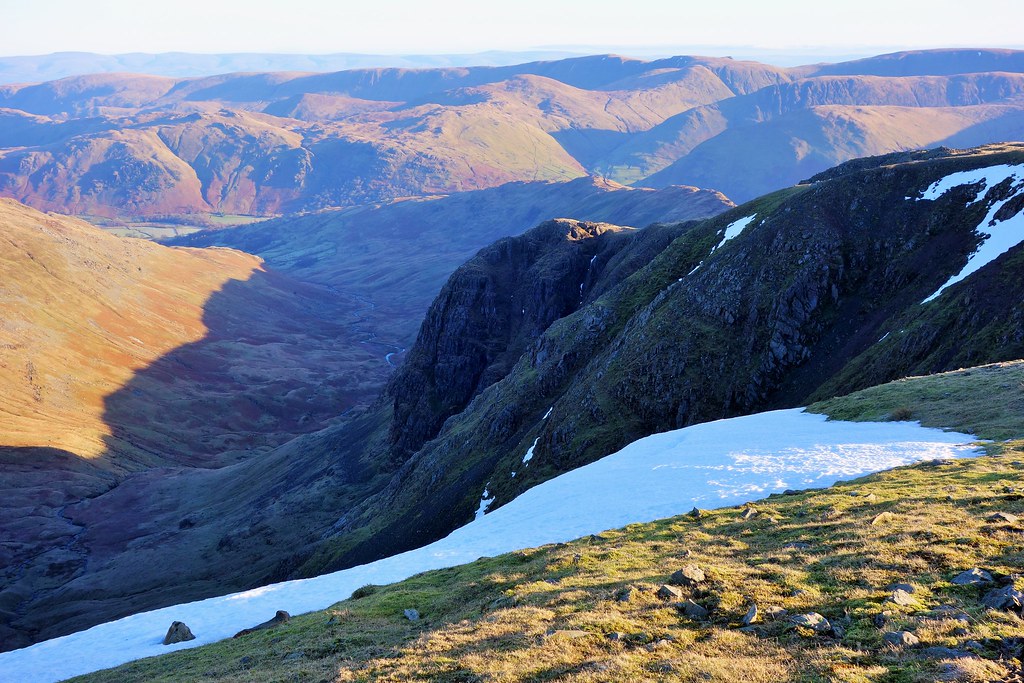 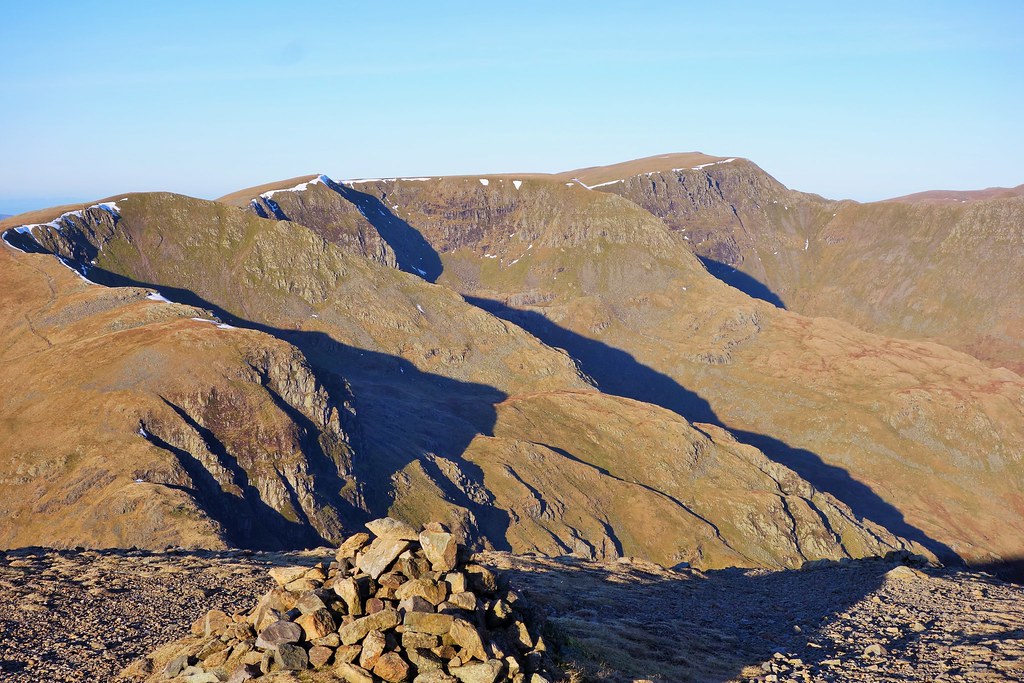 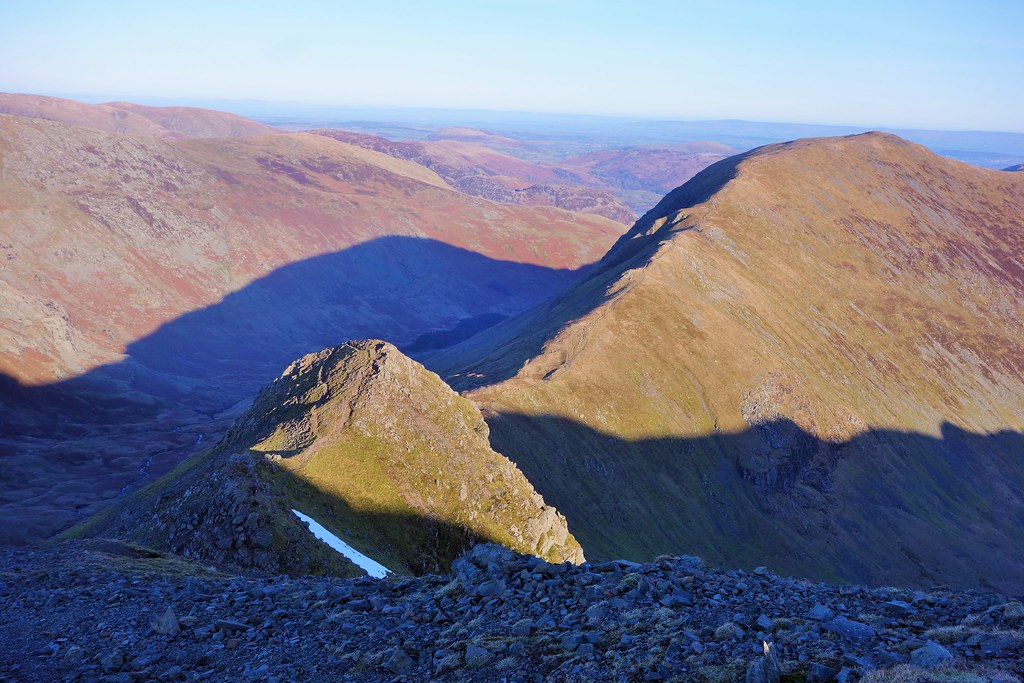 DSC05924
From the col it was the straight forward ascent of St Sundays crag where at the top the wind had picked and was getting strong and bitter. The clouds had reached Fairfield by this time coming over from the SW leaving the w and N clear. The wind being too strong to hang around I took the path over to Gavel Pike, my favoured way down when doing this circuit. I think I have been using this route down for around 30 yrs and surprising its only recently that parts of a path have started to appear.From the top of Gavel Pike I descended by its broad E ridge gaining the valley fairly quickly and walking back to the road through the farmland. There is a path through the woods taking you back to Cowsbridge but its usually wet and muddy so I opted for the road tucking in when the odd car came along. Another good mountain day and a fitting one to end the decade. 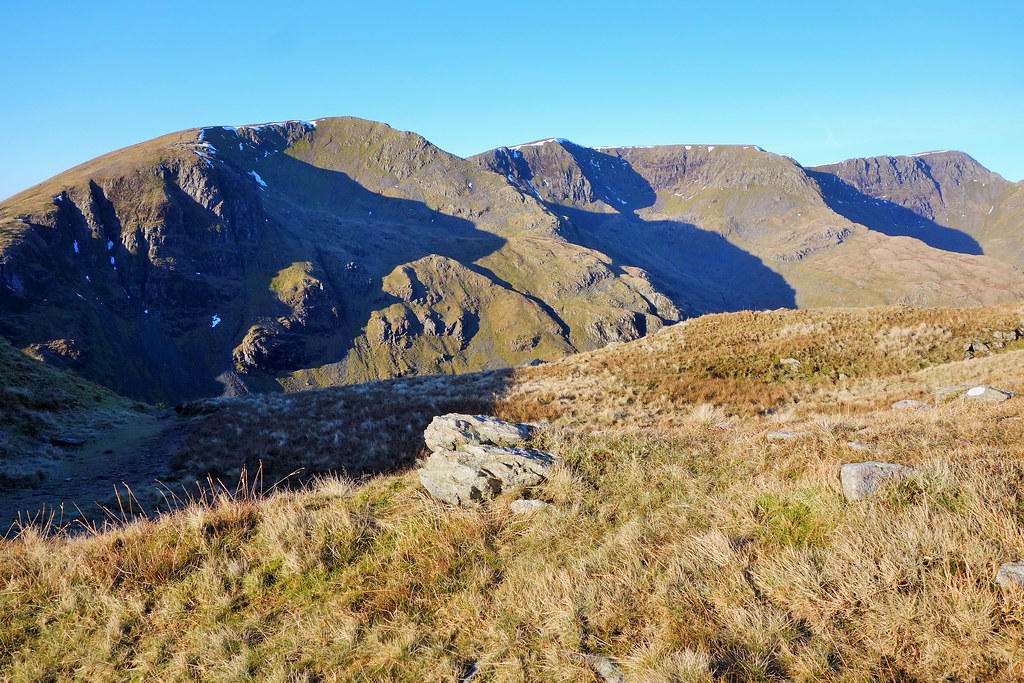 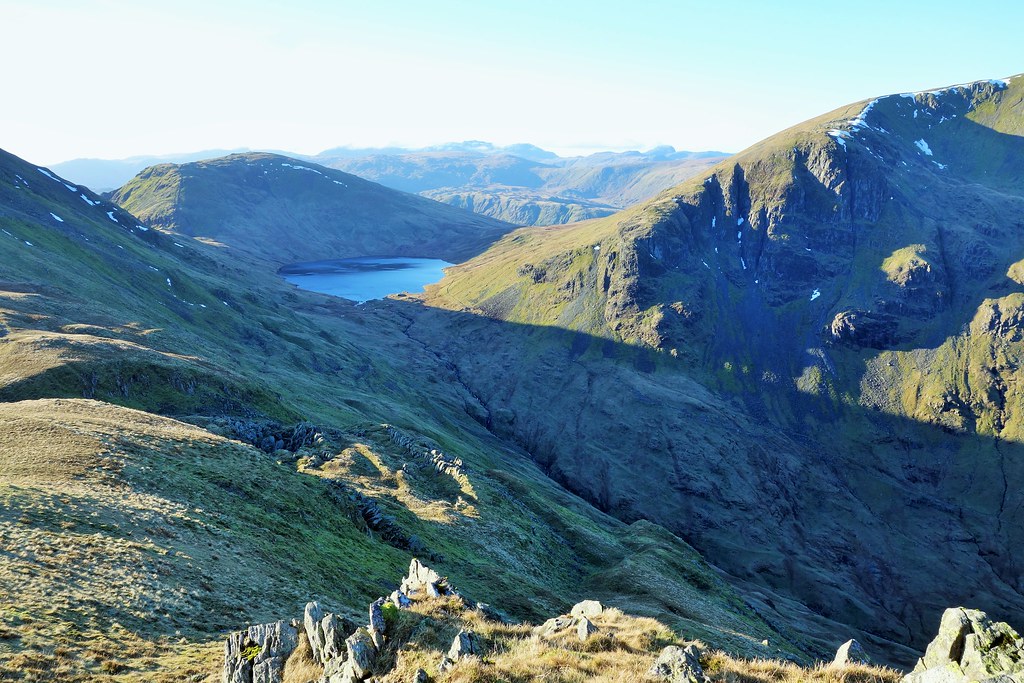 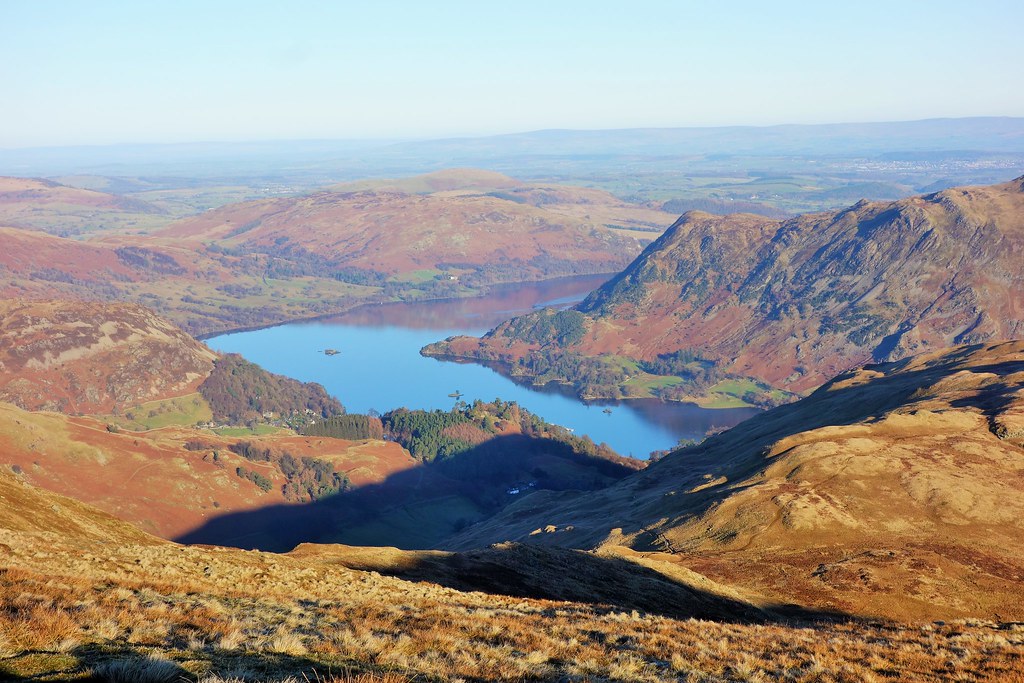 Re: Finishing off the decade, on Fairfield

Beautiful light in those photos, lovely.