a 31km An Teallach route

a 31km An Teallach route 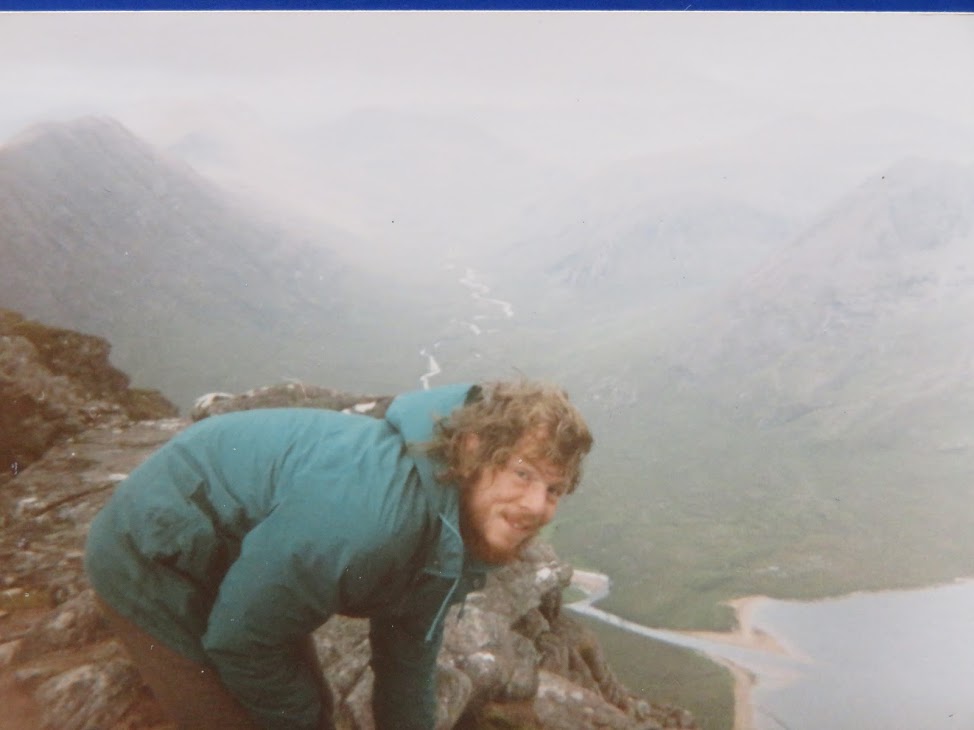 Bags under the eyes because the night before last was spent outside in the rain in just a sleeping bag on a carry mat. Couldn't get to Shenavall in time / in the dark because of not having a headtorch/too late a start after a day long hitch-hike from Dundee; had been following the vague shape and brightness of Loch na Sealga but eventually had lost the path and didn't want to take a tumble on the crags before the final descent to Shenavall (first time there). In the morning path was found about a hundred yards away but there are some big drops from the crags there so it was the correct decision I think.
I remember there was a good six inches of water in the bottom of the sleeping bag next morning. Quite a cosy night though!
Not sure if next day was a rest and drying day or if that came after the traverse but I think the former. The day of the traverse itself began inauspiciously in gloomy low mist that persisted right the way up to the ridge. Then suddenly a gust of wind blew a hole in the cloud and we could see down the length of Strath na Sealga. Such an uplifting moment. We nervously edged round the foot of Corrag Bhuidhe until we got to a scrambling route fit for novices but not before a large stone came flying down from above, leaving my companion shaken. We waited a bit then began the assault which turned out to be easier than expected and soon we were atop the dizzying ridge with all of the cloud cap blown away. There followed a tremendously entertaining walk/scramble along An Teallach's crest.
Not thinking it through, we decided to descend to Dundonell, staying up on the higher path to enjoy the views. The sun was out and we had a delightfully easy stroll before cutting in to the corrie.
Got to Dundonnell for a pint and got a lift back to the Shenavall track to repeat that 7km walk-in to the bothy. That was not a high point of the trip.
Next day was clear blue sky but time to head home.

Re: a 31km An Teallach route

Re: a 31km An Teallach route

Gordie12 wrote:I know I can be slow getting my reports documented but this is ridiculous