Having only done a few Munros before I had Ben Chonzie on my mind has I had read it was an easy one. I had also heard it was a 'boring' one but still wanted to do it. My walking buddy Jennifer had found an alternative route that goes by Glen Turret which is longer but is supposedly more interesting so we went for that.

We set off from the car park and immediately came across the lovely loch. 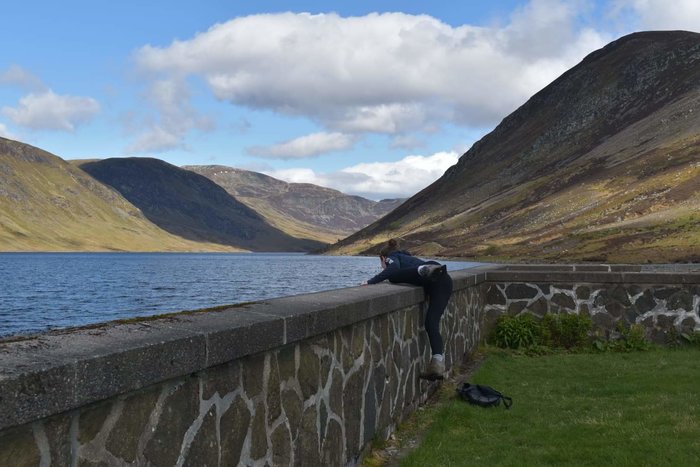 Must get a photo with the loch

It was a lovely walk along here as we very gradually climbed upwards. Eventually, the going got steeper. There didn’t seem to be much of a path anymore so it was a bit of a traipse through thick grass and moss. 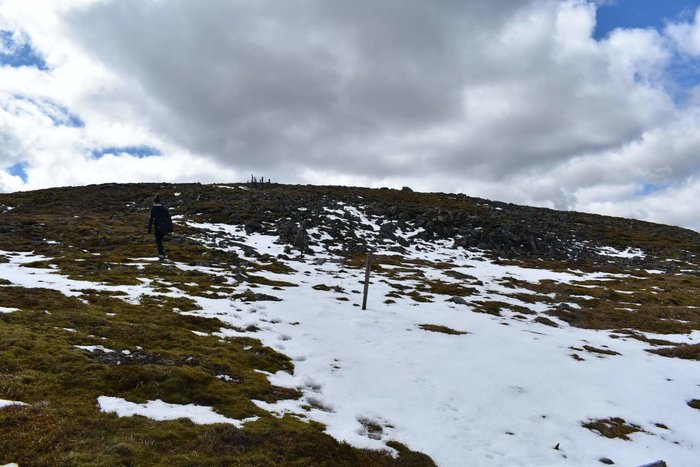 There was then a dip before a final climb up to the summit. I felt a bit of a struggle here and thought oh no, I thought this was supposed to be the easy one. But I wasn't going the usual route and was probably just a bit out of practise at the time

Despite being called the 'boring' Munro I thought the top had great views. The cairn at the top We took a group's photo so they returned the favour. Loved the view over to the mountains behind

We then headed down in the other direction of those taking the usual route. The surroundings were so different compared to what I'd been used to as Chonzie is a stand alone Munro with no great peaks around it. Seeing so much surrounding land made me think that although humans have developed so much urban areas there will always be far more countryside. It was spring time so there were plenty lambs to see. Eventually we got back down to the track around the loch. I was very happy with this day out and liked this route - maybe on day I'll compare it with the other way. 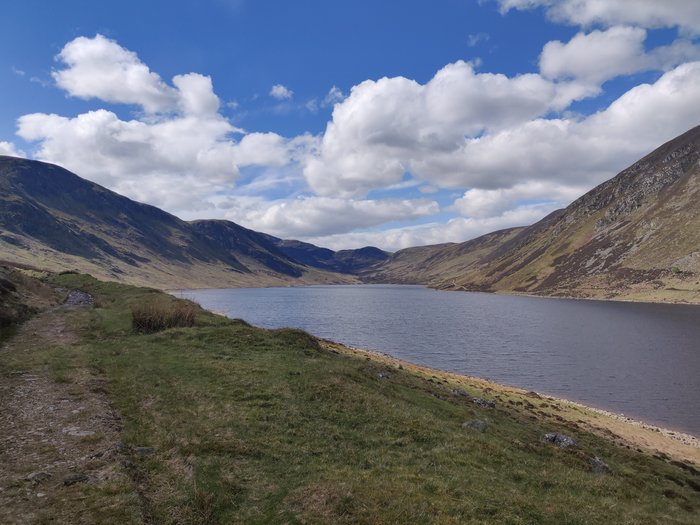 Looking back at the loch