Andrew and I (shock), set off to attempt Beinn a’Chaorainn on the 14th December 2019. This was the final available weekend in 2019, and little did anyone know what 2020 held in store!

The forecast was miserable, and the weather turned out to be accurate – it always does when it is a bad forecast. After Andrew’s success in 2018, I was 11 out of 12 months through my “new Munro each month challenge”, so there was a lot of incentive to get out despite the weather. Daftly my spread of available new Munros was very heavily northwest focused, so having done Creag Meagaidh on a previous outing, Beinn a’Chaorainn was now my closest option from Aberdeen.

Not surprising but we were the only car. Off walking by 09:30 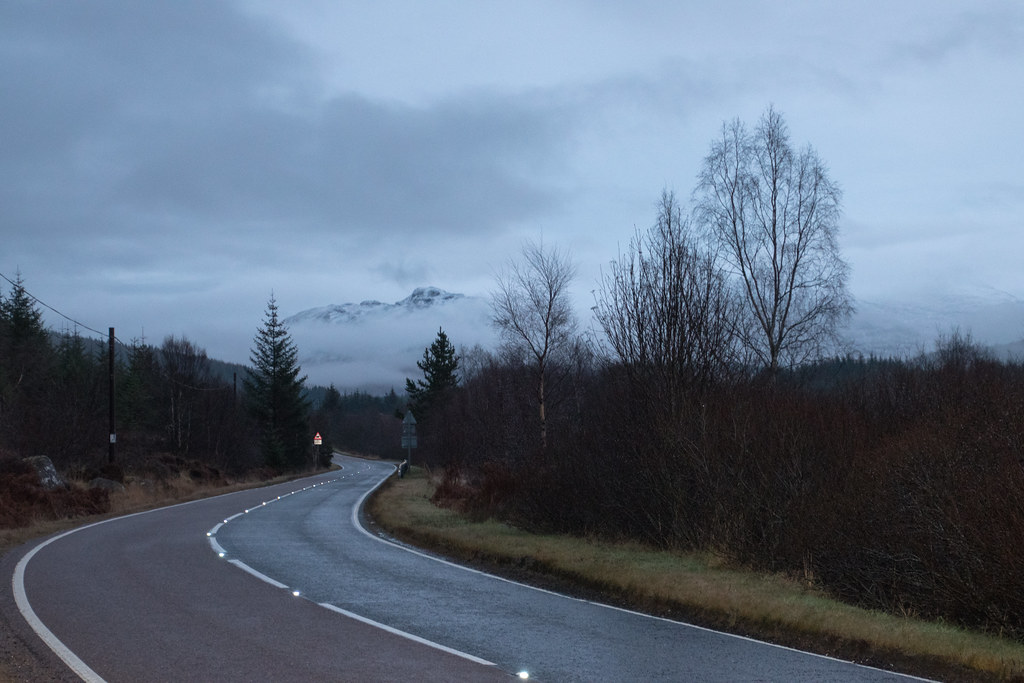 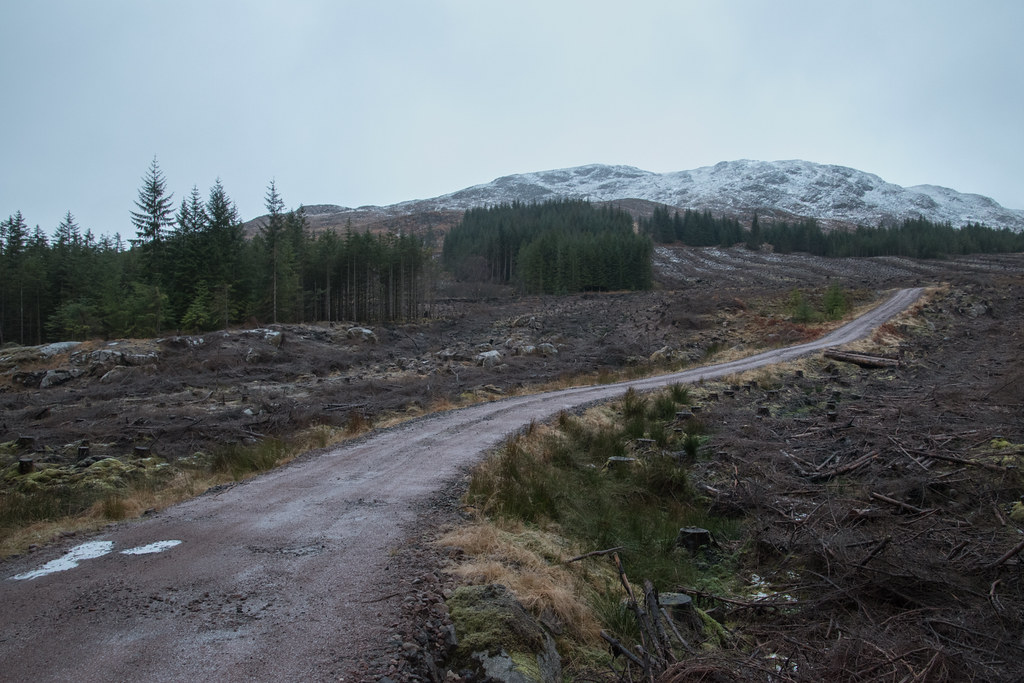 As we stated the first ascent towards Meall Clachaig, it began snowing heavier than I had been in for some time, but remarkably there wasn’t a breath of wind – it was astonishingly peaceful. I vividly remember spending quite a portion of time talking about how big the snowflakes were and how warm it felt.

Aesthetically not the most picturesque, but very peaceful (at the time) 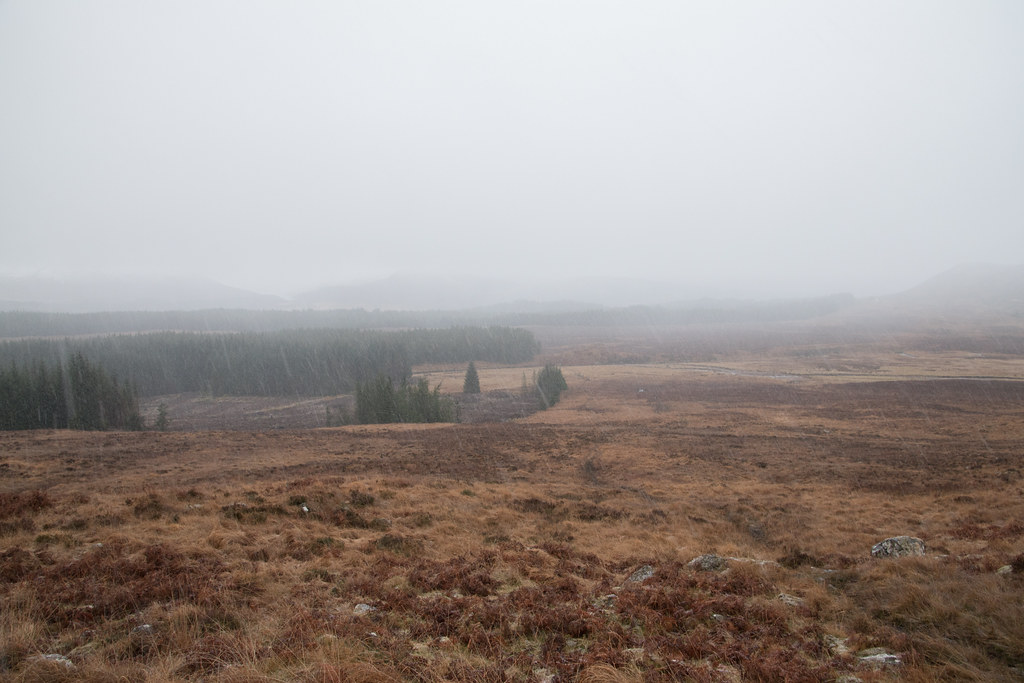 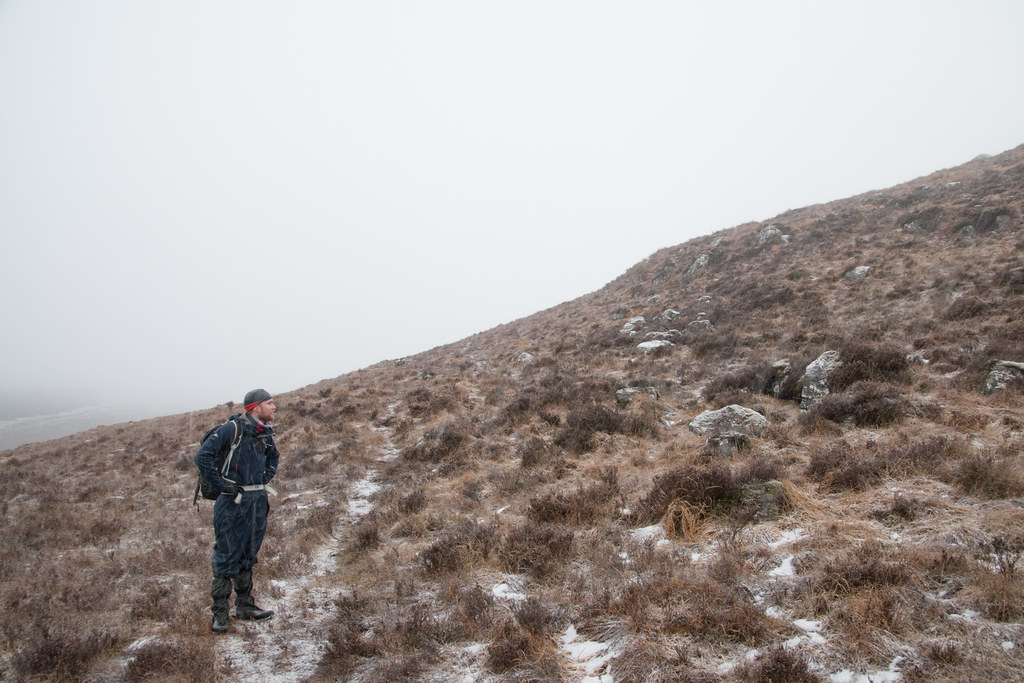 The real lying snow started about 500m which was nicer than the boggier ground lower down. Although there wasn’t a great deal to see, we would get the occasional glimpse through patches to some of the surrounding hills or the sky, which was nice. There was also the tracks from various hares and other creatures across the otherwise untouched snow. Always curious how tracks can miraculously just stop with no sign of bird strike / long jump (either that or they just a huge distance?).

A nice reminder you’re never that far away from some wildlife, if you know where to look. 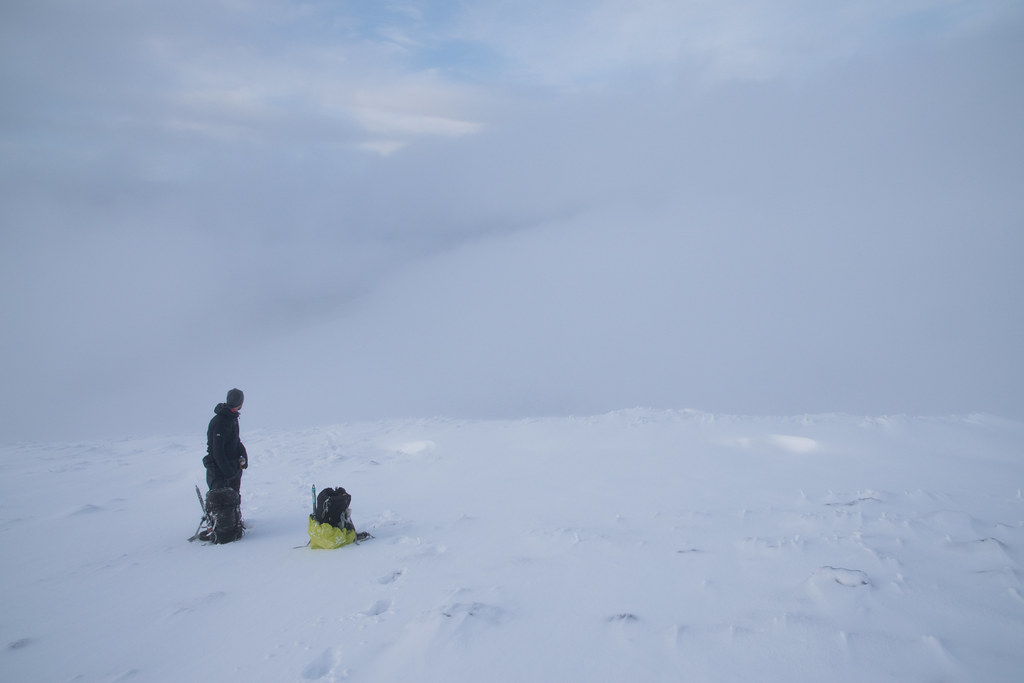 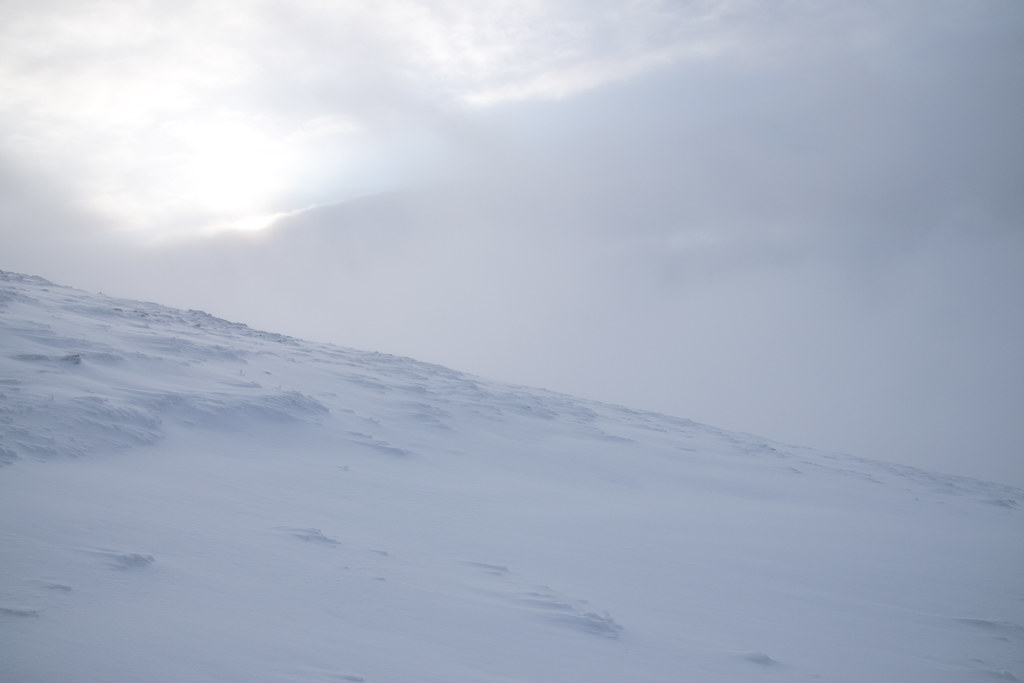 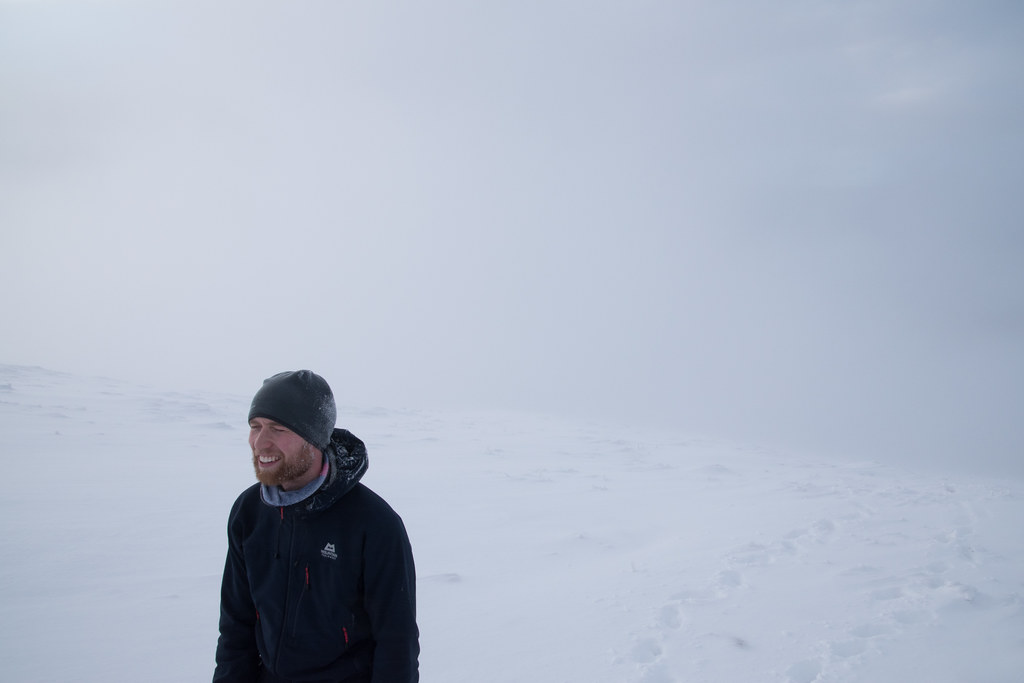 For the final 50m or so, heading toward the 1049m marker, it was beginning to get really cold. We had been putting off stopping until we got to the cairn but with the slight breeze it was now time to bite the bullet and got the extra layers and thicker gloves on.

Nice and toasty – views not so nice 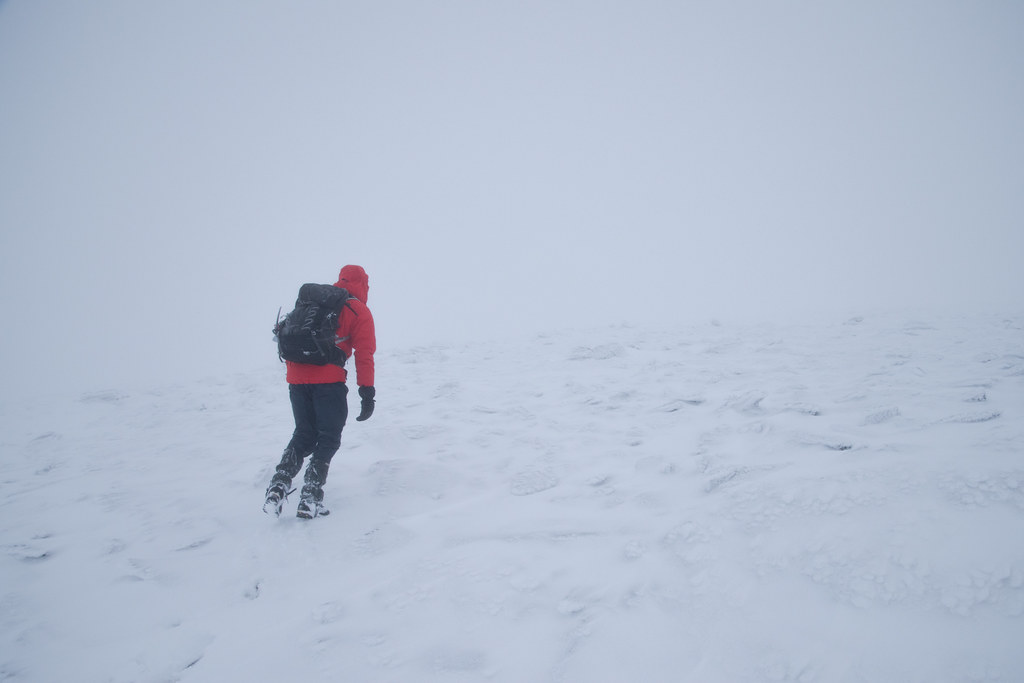 Beinn a’ Chaorainn has a real added risk in winter. Cornices have caught unsuspecting victims off guard in the past and I’m sure there has been a few well published instances since I became interested in the Scottish hills. Pretty certain this hill was used as an example in a previous winter navigation course. Given the visibility was pants we decided to use it as a bit of a refresher exercise. Obviously approaching from the southwest our plan was to hit the 1049m cairn and then do some pacing to ensure we stayed well clear of the east cliff face and check our pacing in a real-life scenario. 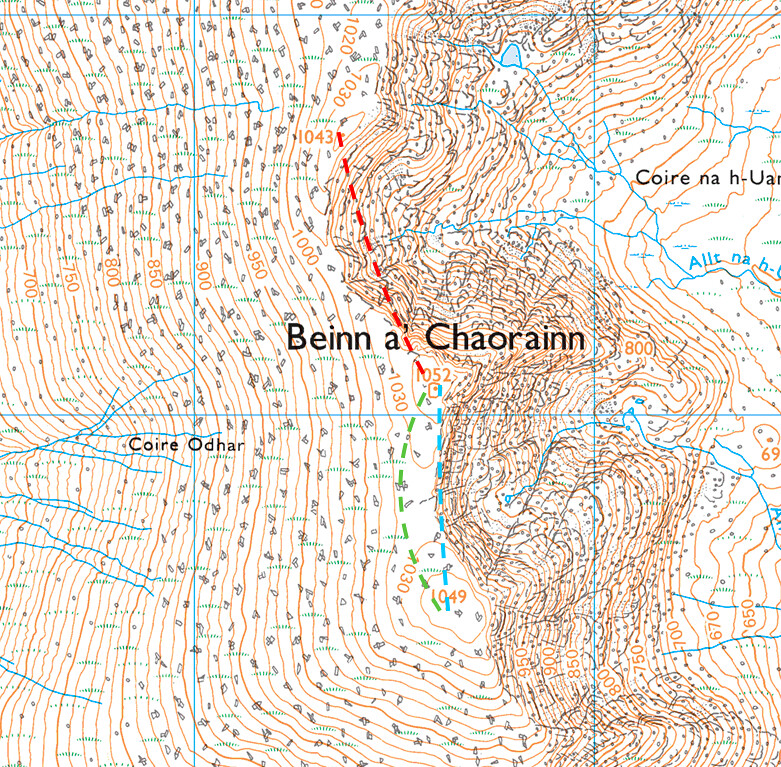 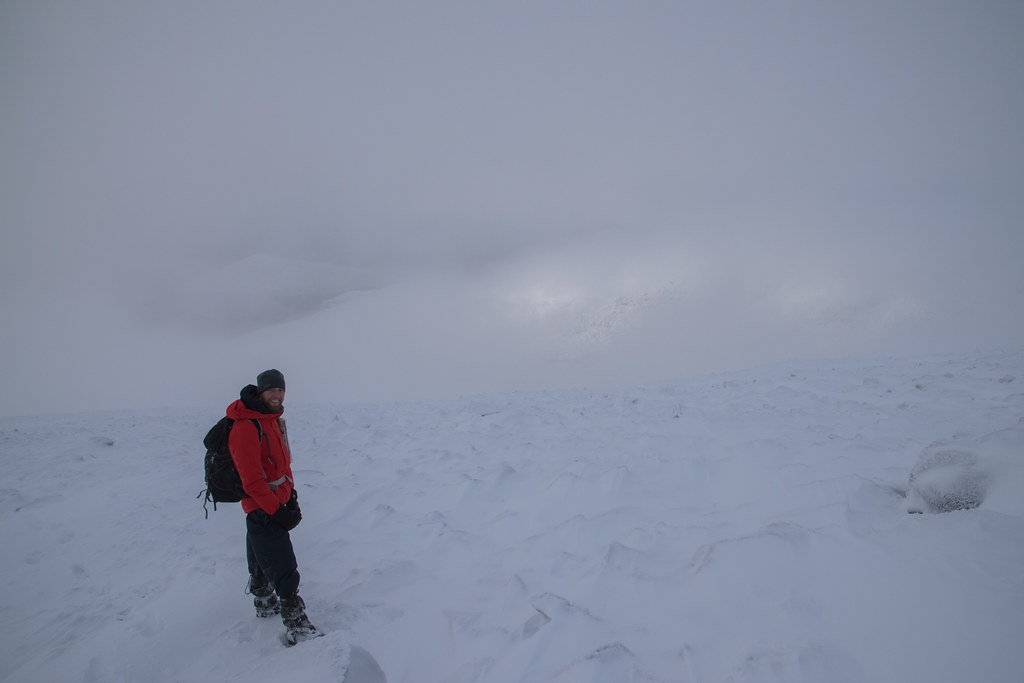 After some successful navigation under no time pressure we were at the summit of Beinn a’Chaorainn. I don’t think we even really discussed the idea of including Beinn Teallach before retracing our steps back the exact way we came.

Some snaps from the summit 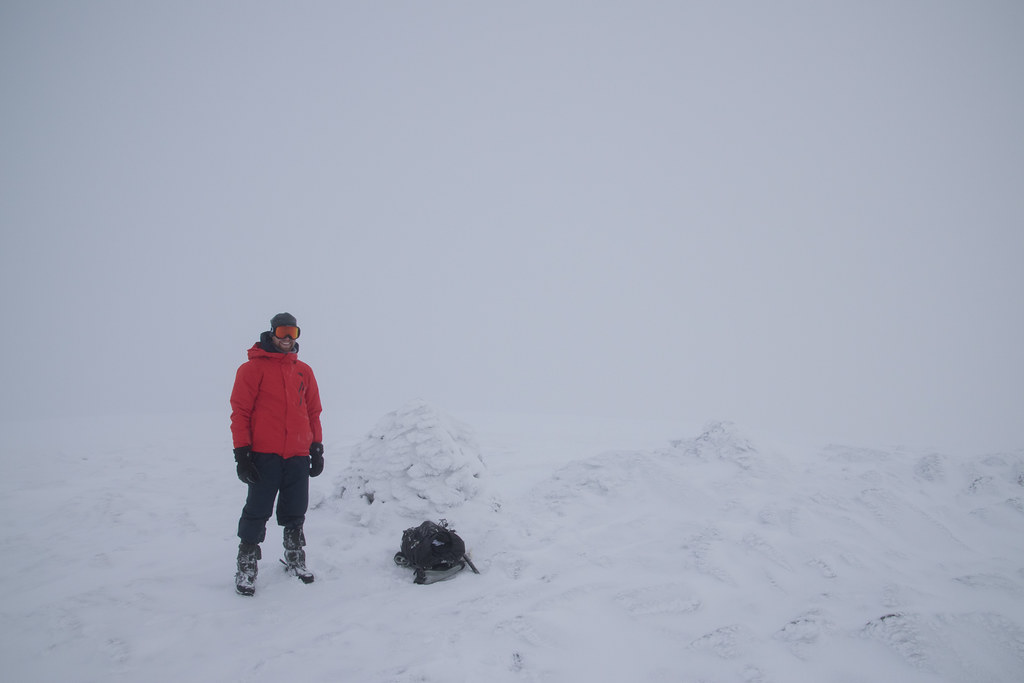 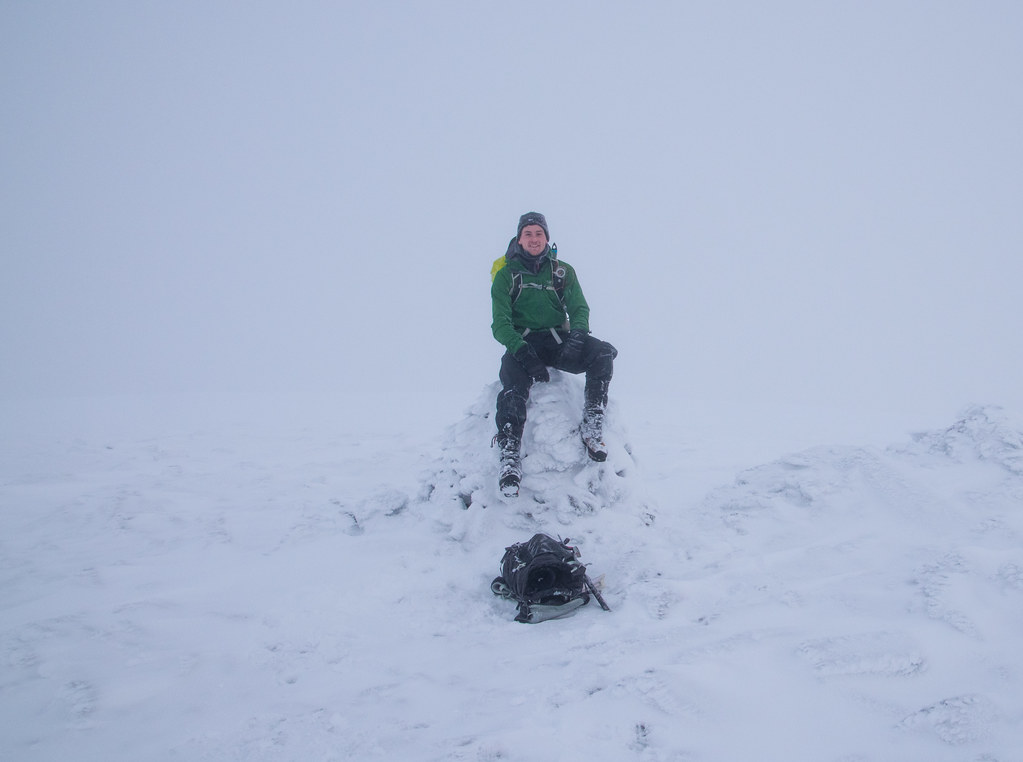 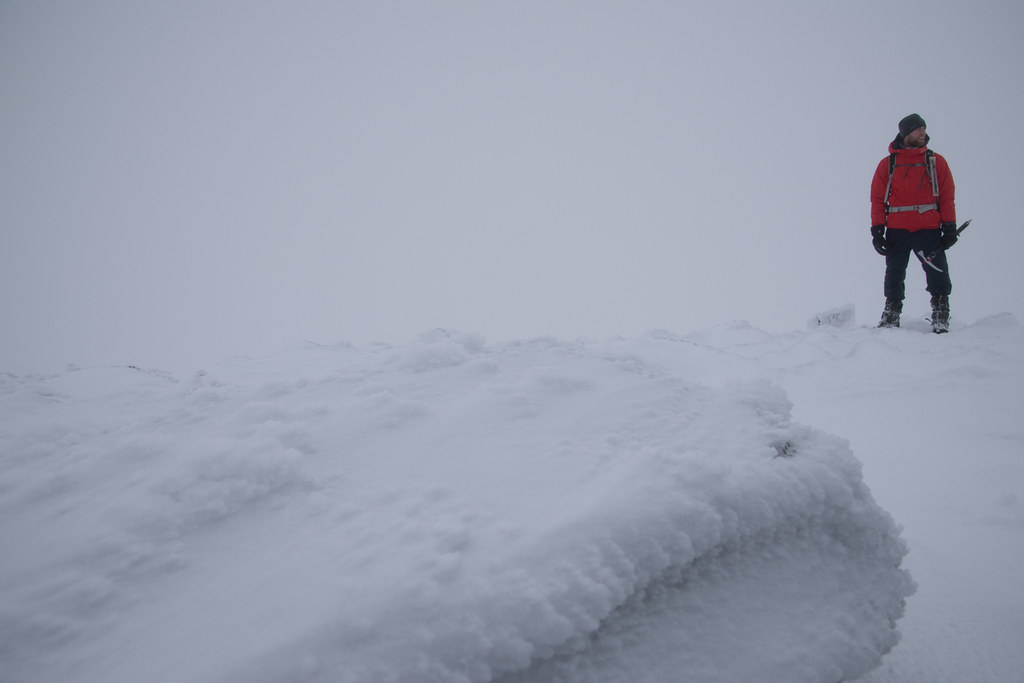 The route down was nice and easy in comparison to the slog heading up, soft power under feet made for excellent knee cushioning – my favourite part of winter walking. Once we were nearly below the cloud level but still in the snow we stopped for a relatively long and peaceful sandwich break.

Maybe the best photo from the day? 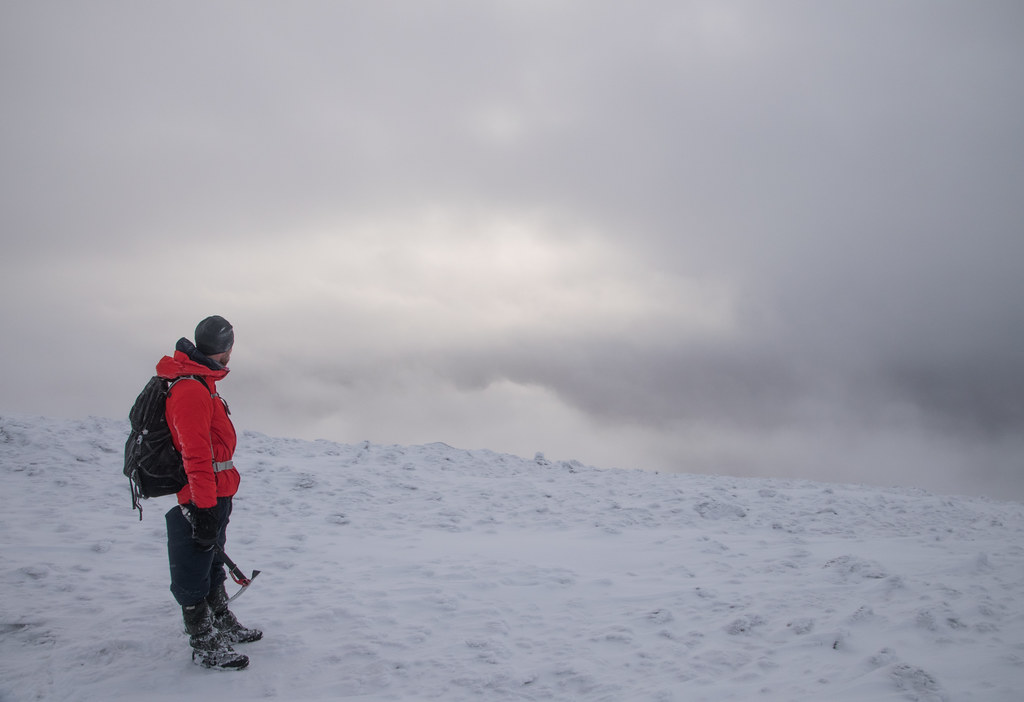 We made it back to the car in exceptional time without seeing another soul out on the hill. Although it doesn’t sound like too much of an undertaking, I was quite pleased to complete my “new Munro each month challenge” and most definitely took the pressure off in 2020! Physically speaking it was not the most arduous but enormously time consuming, particularly in the winter months.

In summary, another excellent year – some big outings, the first visit to Skye and the birth of the packraft! I had quite a good list planned for 2020… Given the lockdown restrictions that list has grown somewhat! 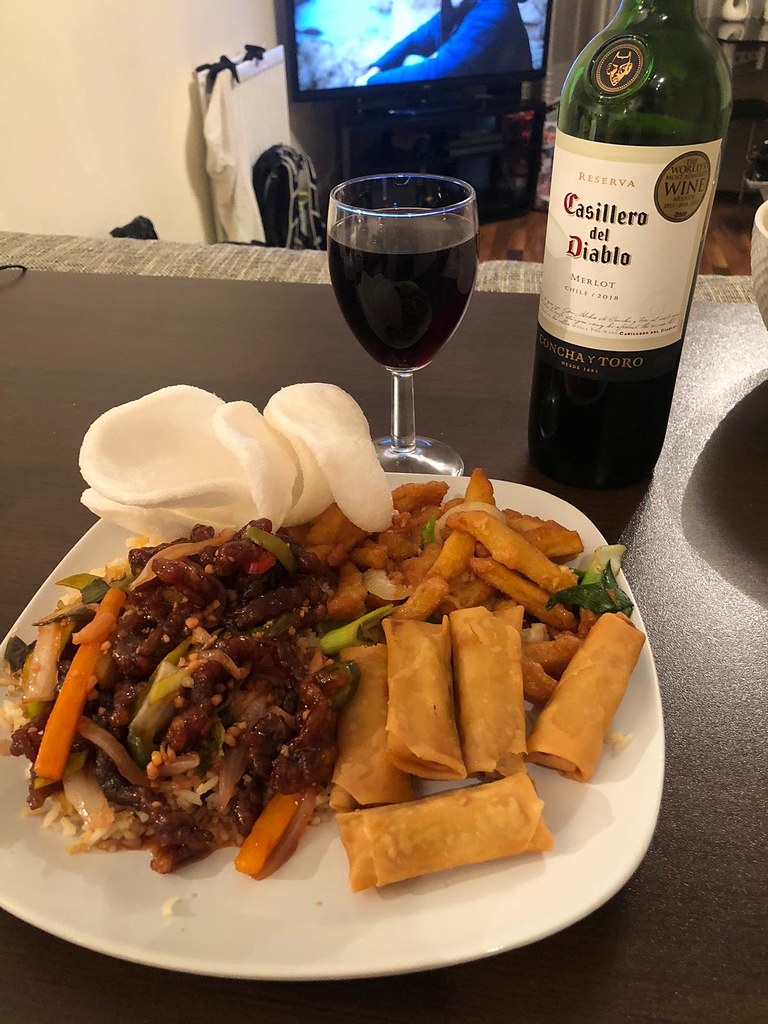