What a strange, worrying, and sometimes lonely interval (“pause”) this has been. Most of the time, it was, and I was, fine. I’ll try to always remember how grateful I was for all that I had and have that so many didn’t and don’t. There were a few low points, certainly, not worth dwelling on (too much), and I managed to keep busy, always having a mixture of indoor and outdoor projects, so I’d never be able to use the weather as an excuse!

Long walks, usually early in the mornings, were my solace and kept my sanity intact. Especially during the period when taking once-a-day exercise was one of the very few reasons we were allowed out. In March, my walks still took place mostly in the dark. But time passes, and by the time the rules eased, we’d seen the longest day, and were once again on the march toward the shortest. I discovered some new nearby places, some of them quite nice.

Over time, I plotted a variety of circuits, each starting from my front door, each 10–13 km, each of which took about 2 hours, or a little more, to complete. I didn’t start tracking my daily distance until 20 April, but between then and 15 July, I logged 803.75km. Applying the average distance per day (9.2km) to the 28 days I hadn’t kept track (257.6) brought me to an approximate total of 1060.85km walked during lockdown. Not to be too OCD about it. This doesn’t include post-strictest-lockdown “away” days that I recorded and wrote about separately. I didn’t keep track of ascent—perhaps not too OCD after all—but I’d venture a guess that most of the routes probably include 100–200m of ascent.

A few days after the official lockdown began, I began jotting down a few items of note for each day, either something that I’d accomplished, or for which I was particularly thankful. I know from previous experience that assigning myself a daily journal entry just doesn’t work; this was a quick and easy way to not lose track of the days, and to give me the means to look back and remember that all that home-bound time wasn’t entirely wasted.

I watched springtime unfold, up close and personal. I heard my first cuckoo of the year on 20 April. I watched wee lambs and tiny calves grow. I zoomed with my family on Mondays. For a few weeks, I did a yoga class every other day; my dedication to that didn’t last. The snowdrops disappeared, the crocuses and daffodils appeared and then disappeared, followed by the bluebells doing the same. The gorse exploded into bloom overnight with an astonishing brilliance that almost hurt my eyes. I discovered that jigsaw puzzles magically absorb many hours.

I clapped for key workers, cheered for Captain Tom, and wept when heartache struck close to home—John, my odd-jobs man; Rob’s mum; Mary Lou, my uncle’s wife. I worried about and prayed for family and friends in the virus-ravaged US. I still do.

The winter hooting of the neighborhood owls morphed into the dawn chorus. I learned how to use my sewing machine, which had been an impulse buy a few years ago. I kept a “bunny count” for my walks along the cycle track. I failed miserably at identifying birds, even when I managed to capture them in photos that I could compare with the book at leisure and in great detail. (I know robins and herons and coal tits and goldfinches, but that’s about it.) I realized that the pointy hill in the far distance from WG road is Tinto.

I spent more time in my back garden than ever before. I cleaned those dusty places in the house that seldom get attention—cupboard and wardrobe tops (ugh), under the bed, curtains, picture rails and moldings.

Only when I ran out of essentials did I go to the grocery store—an experience that had become more stressful than I could ever have imagined, and generally required a lie-down in a dark room afterward. In late March, I counted dozens of skeins of flying geese, and wondered whether they were heading north or south, or neither. I bid (bade! but that just sounds wrong/weird) goodbye to walking the first part of the GR10, cancelled accommodation bookings that had taken weeks to arrange, and put my kit away.

I got in the habit of taking my camera with me on my walks, as well as taking (hopefully) representative photos of my various projects. 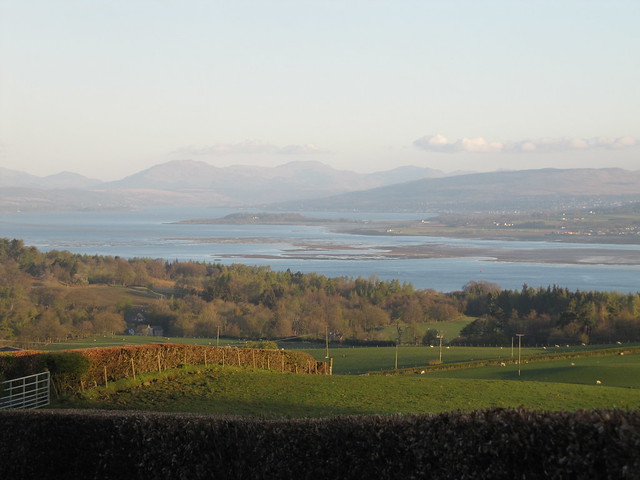 view from "the cairn" (across the Clyde toward Helensburgh) 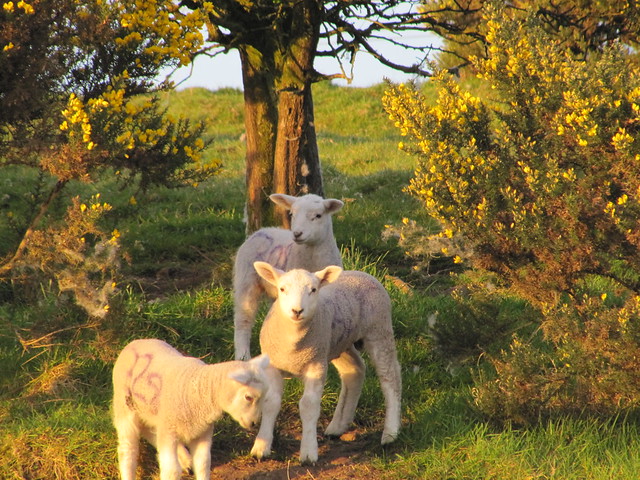 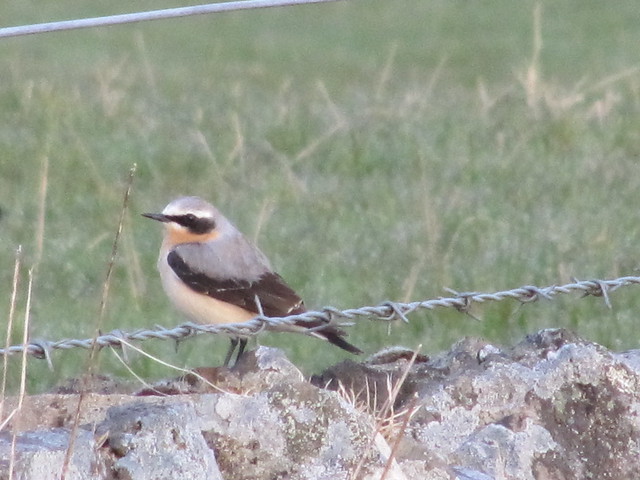 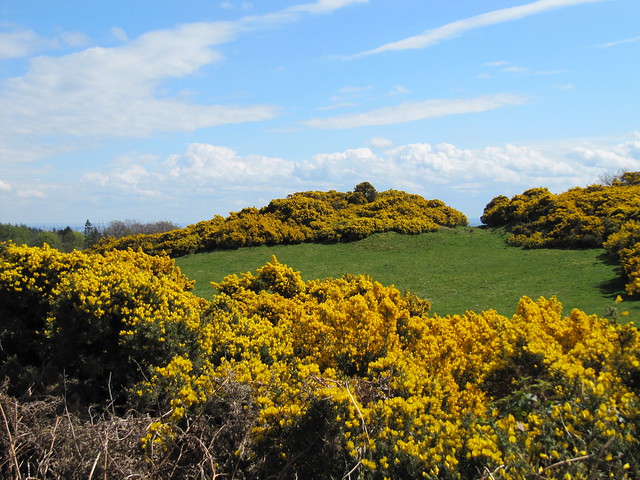 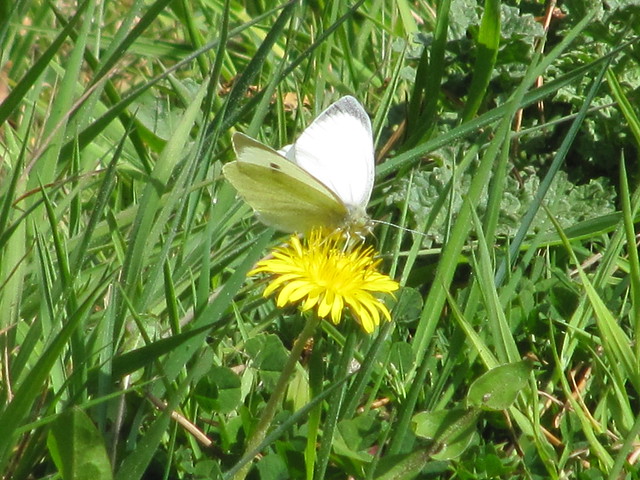 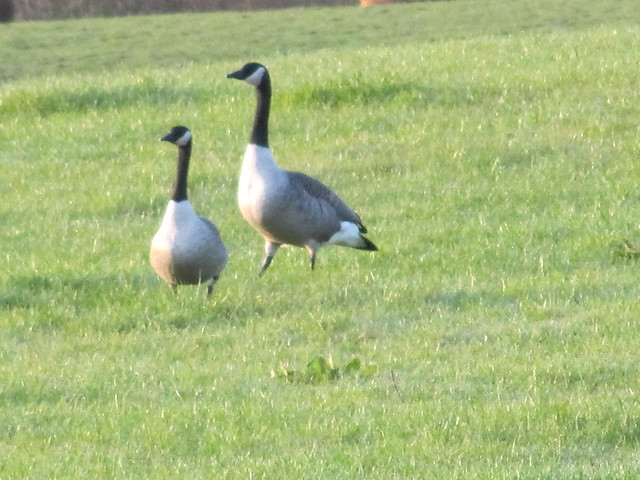 "oooh, no, sorry, you meant, of course 'Canada goose'" (a quote from the supercilious Alex Trebek, of Jeopardy fame) 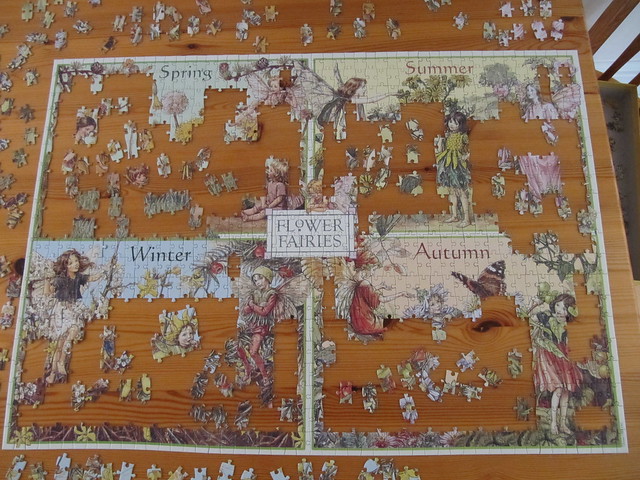 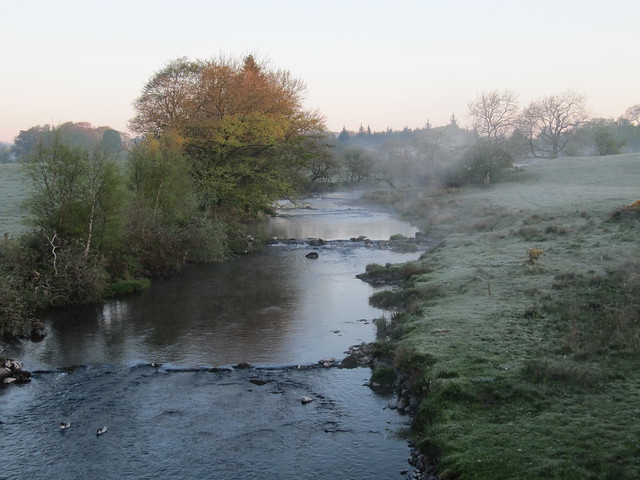 misty morning along the Gryffe 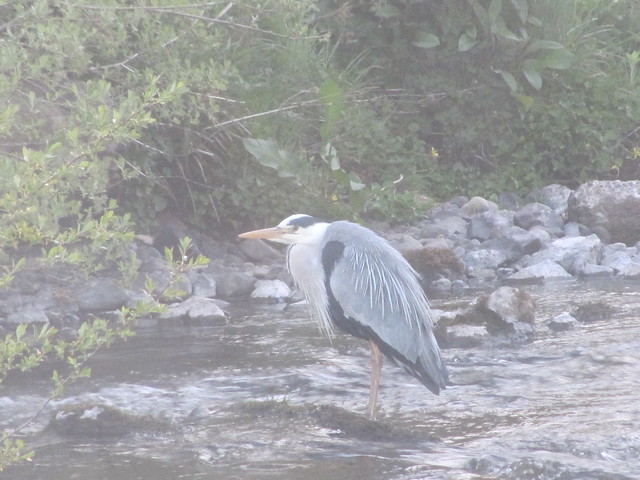 although I see him often, Mr Heron doesn't generally sit still for a photo! 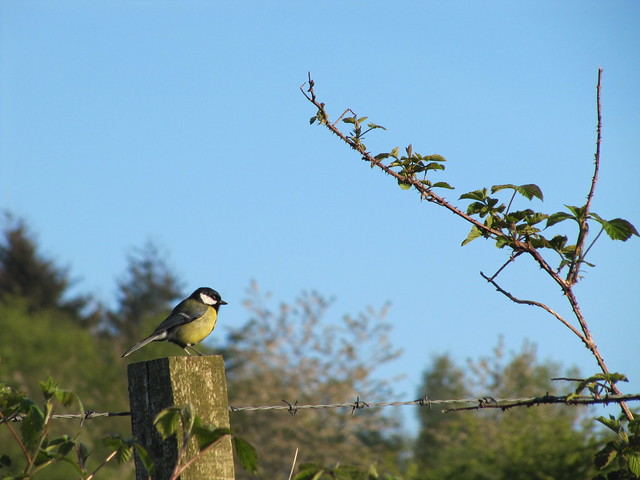 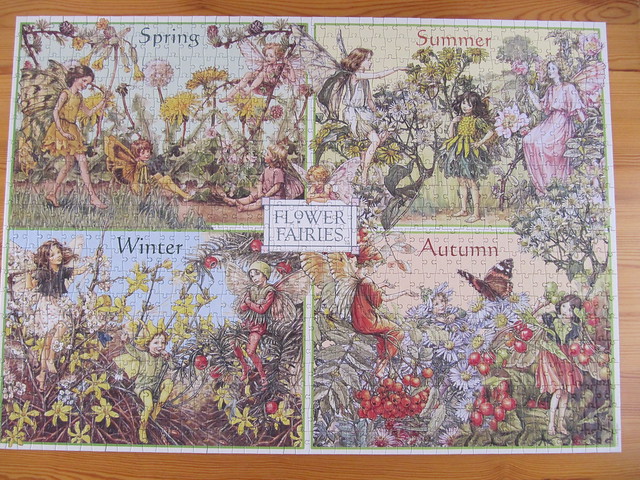 jigsaws are funny things...you don't really have anything to show for all those hours...yet there is satisfaction. 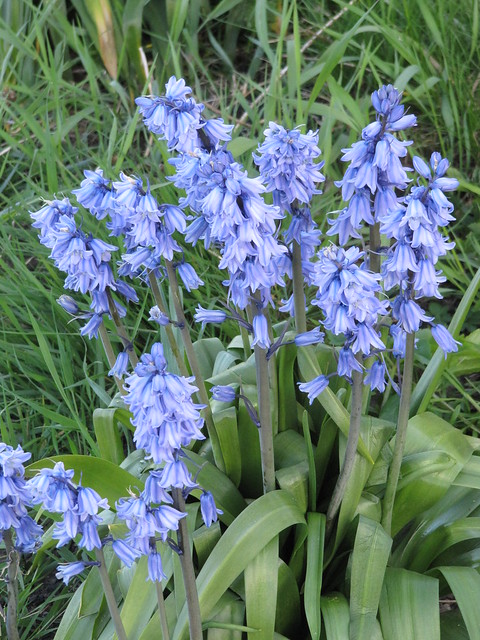 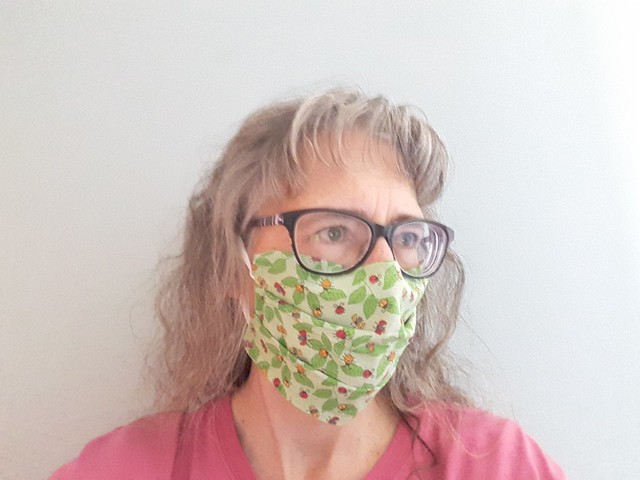 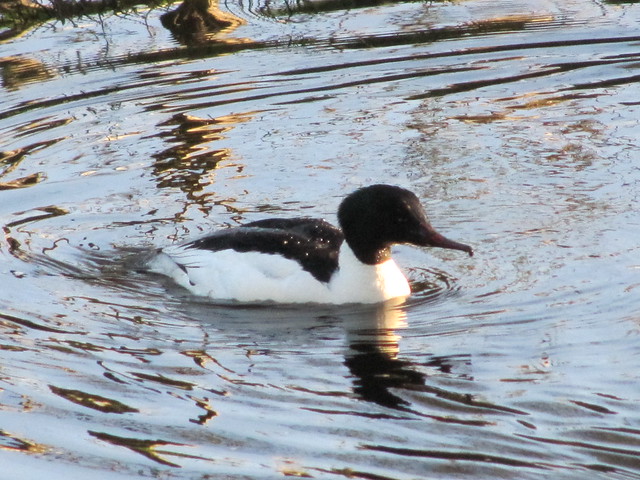 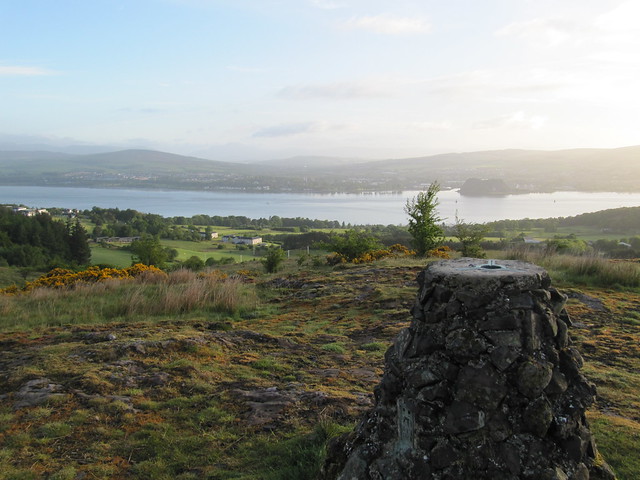 one of my new discoveries -- Barscube Hill 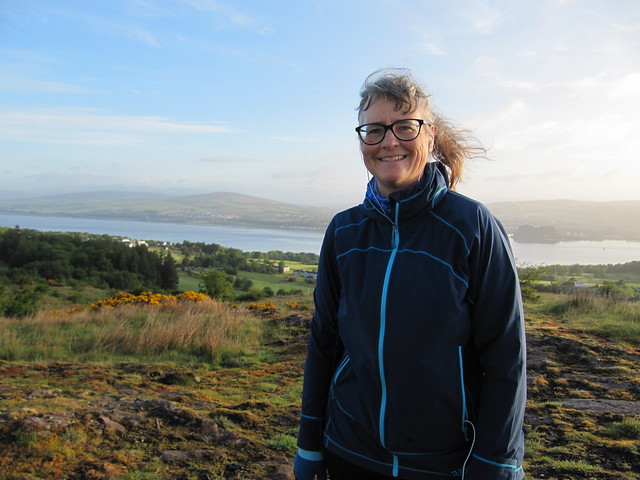 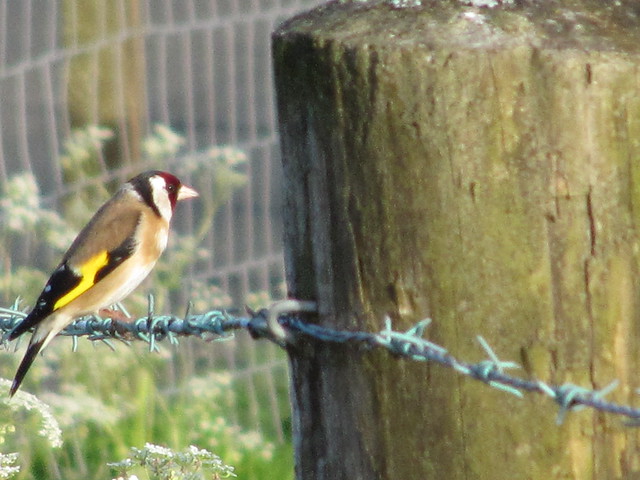 goldfinch! (which I only know, ironically, because we read the eponymous book) 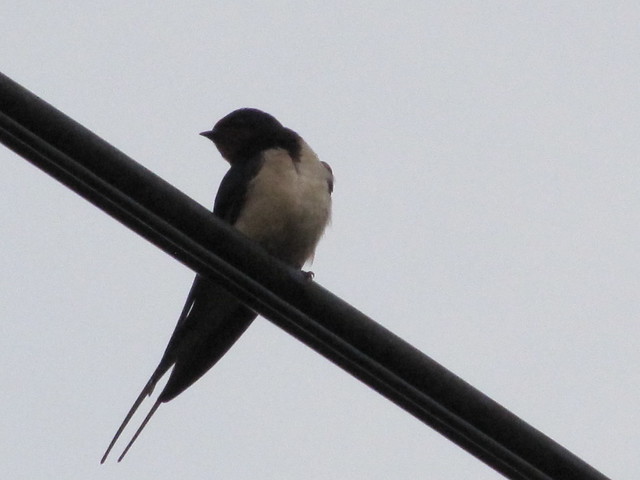 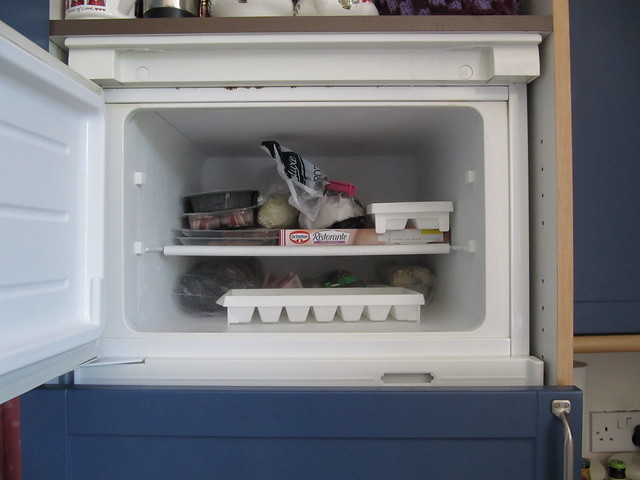 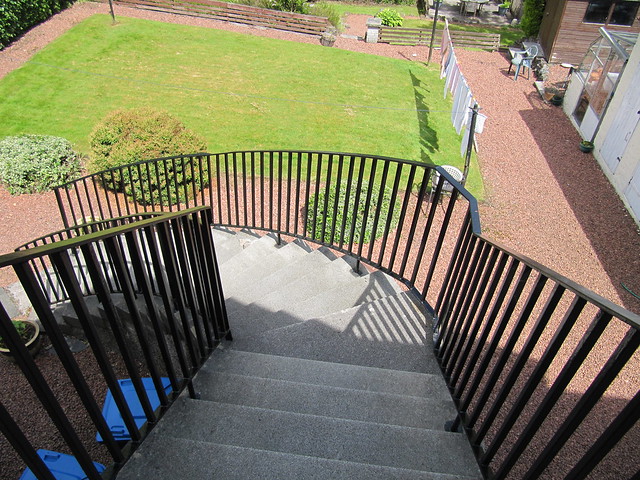 and a newly painted railing 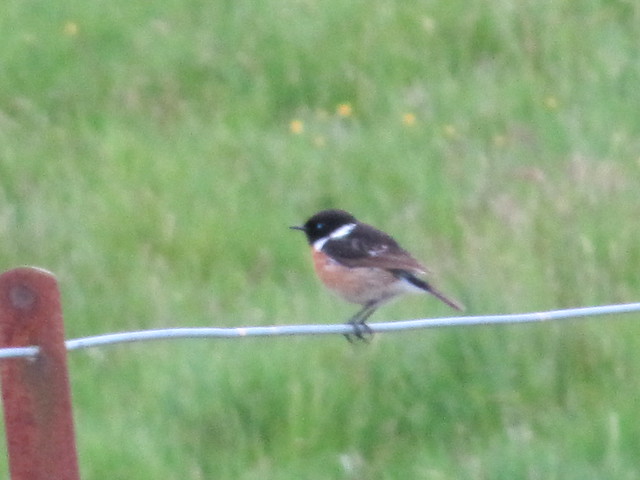 a stonechat, I think 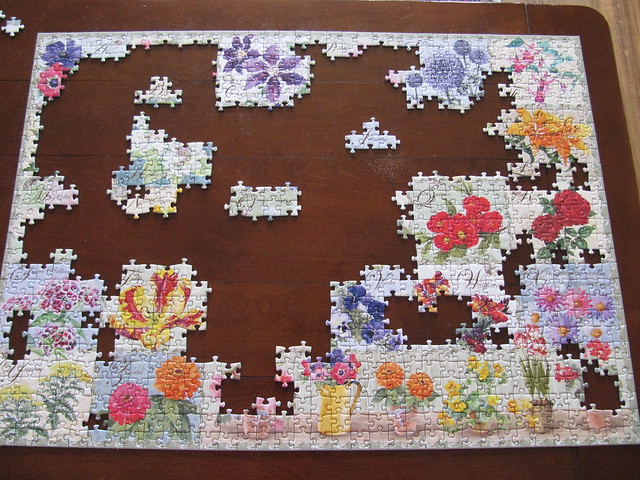 oh, here I go on another one! 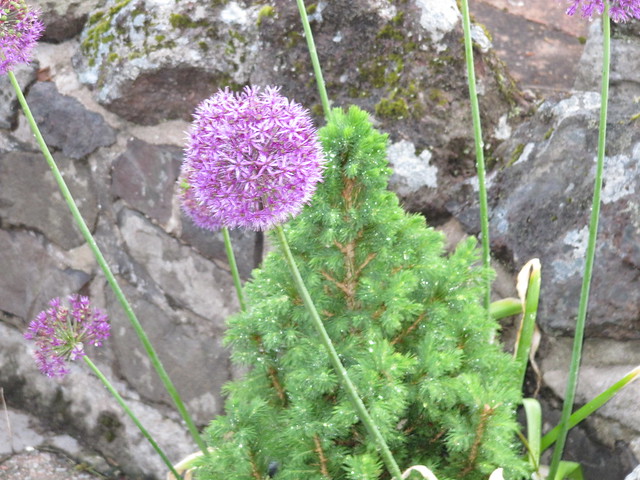 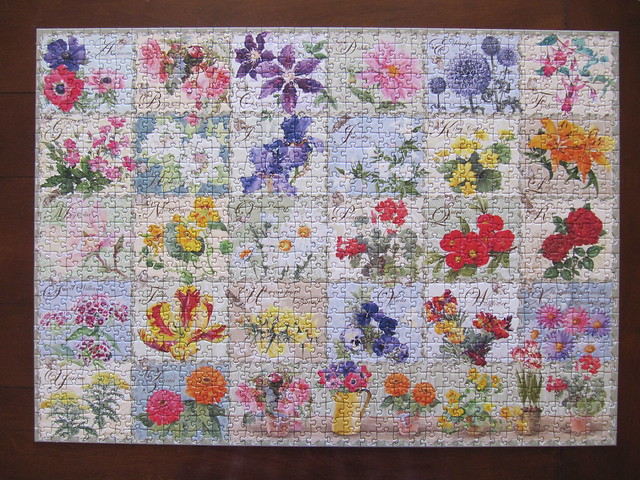 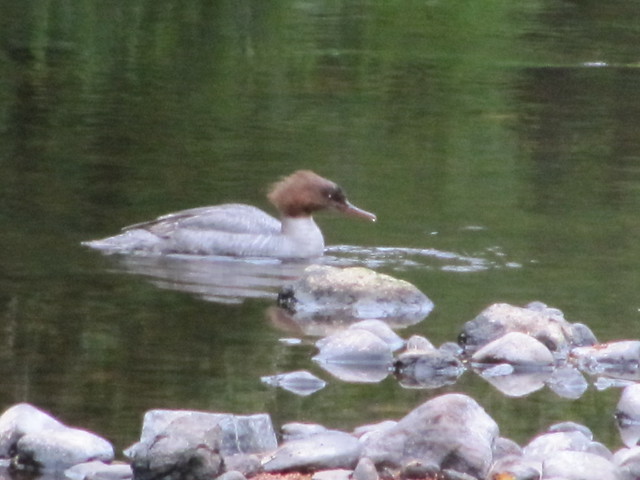 this one has me completely stumped -- a red-breasted merganser? a goosander? something else? 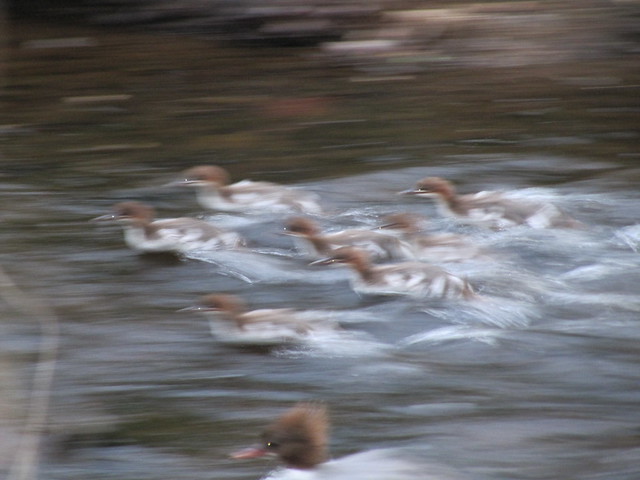 I love this photo for its blurriness; they wanted away from me, asap 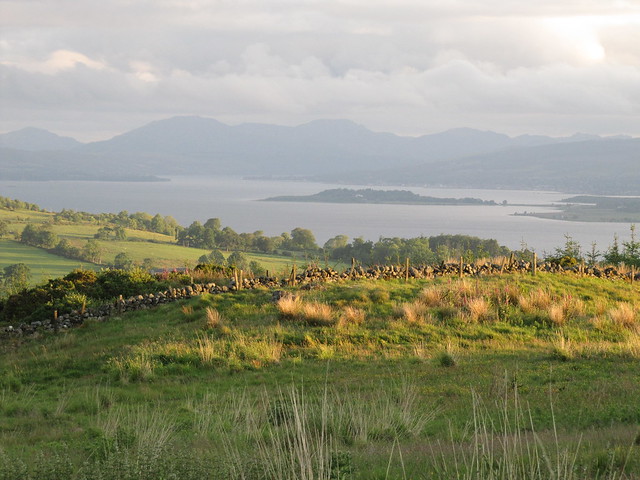 another early-morning shot from the cairn 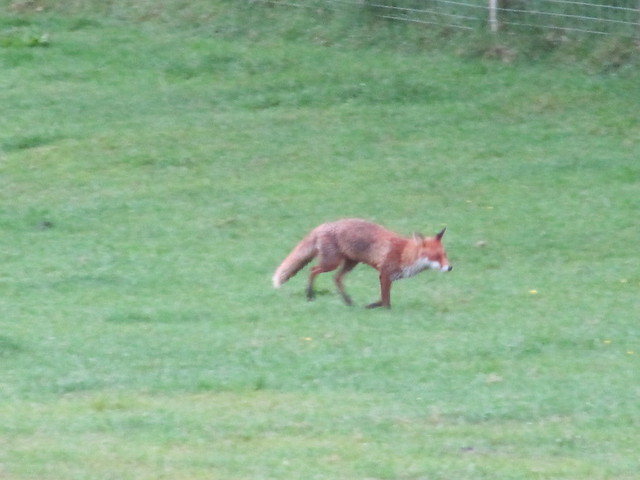 he never saw me 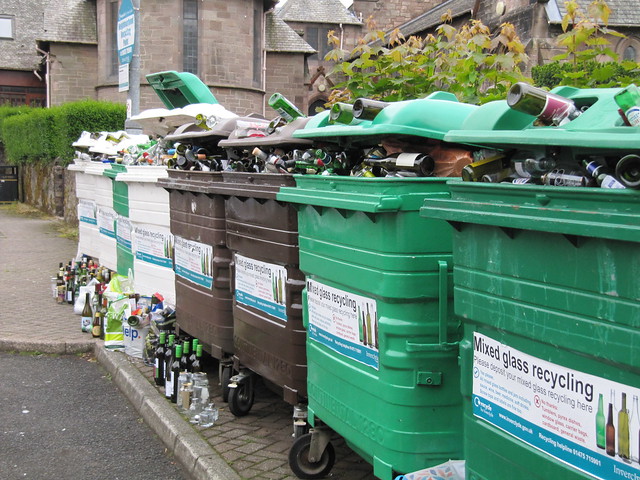 I had a good giggle at the overflowing bottle bank. Village under lockdown, indeed!